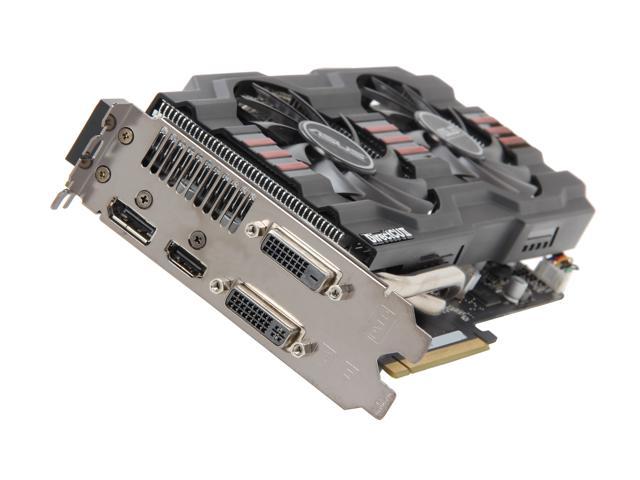 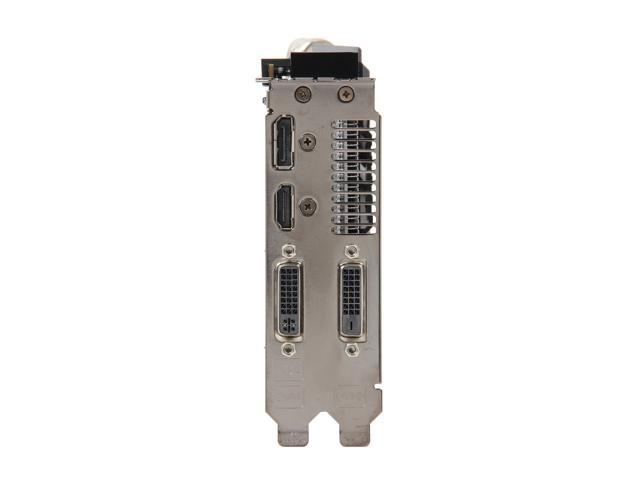 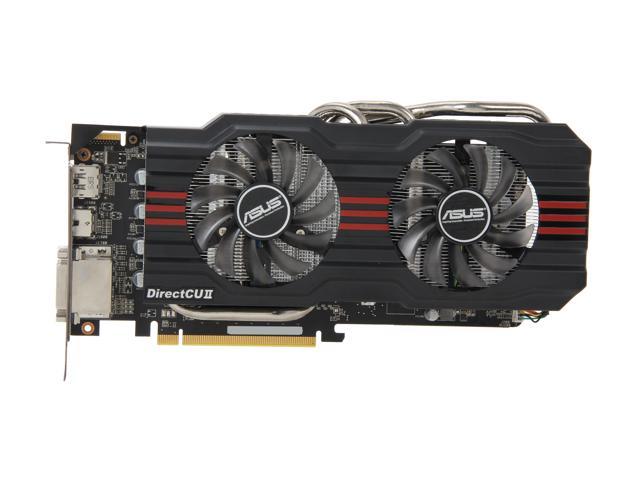 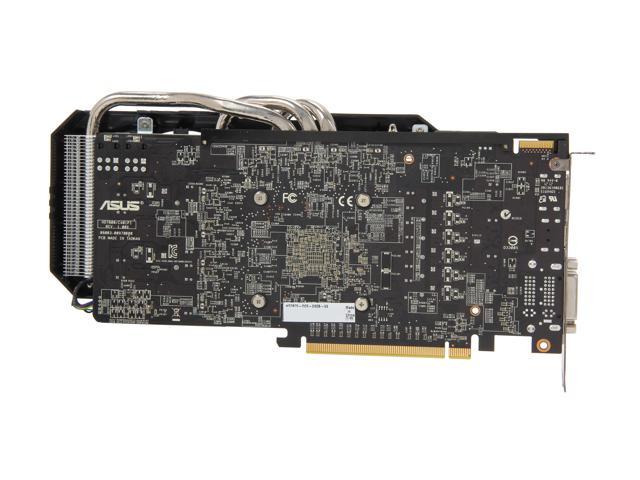 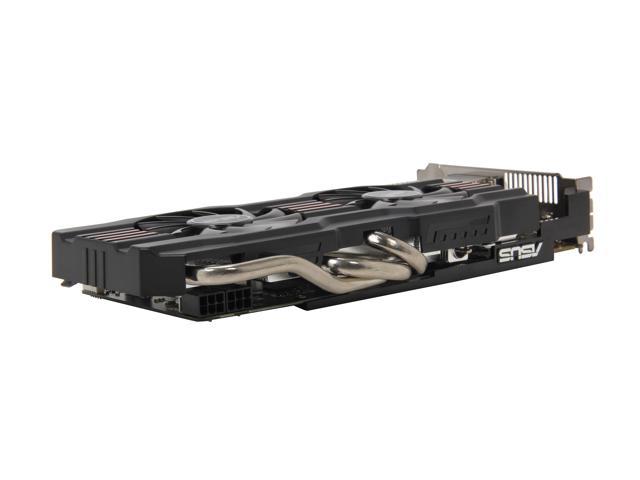 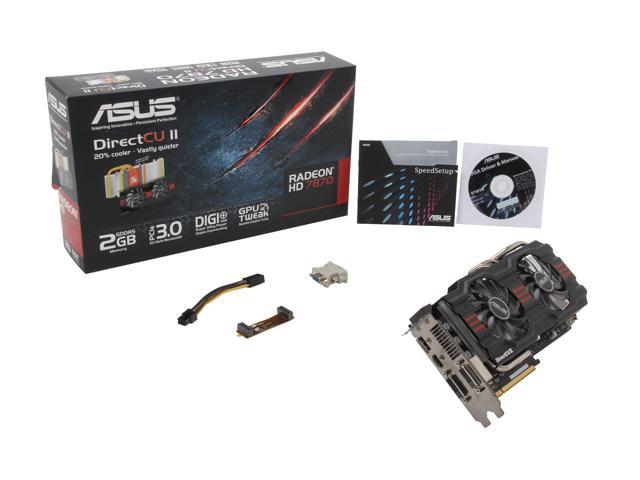 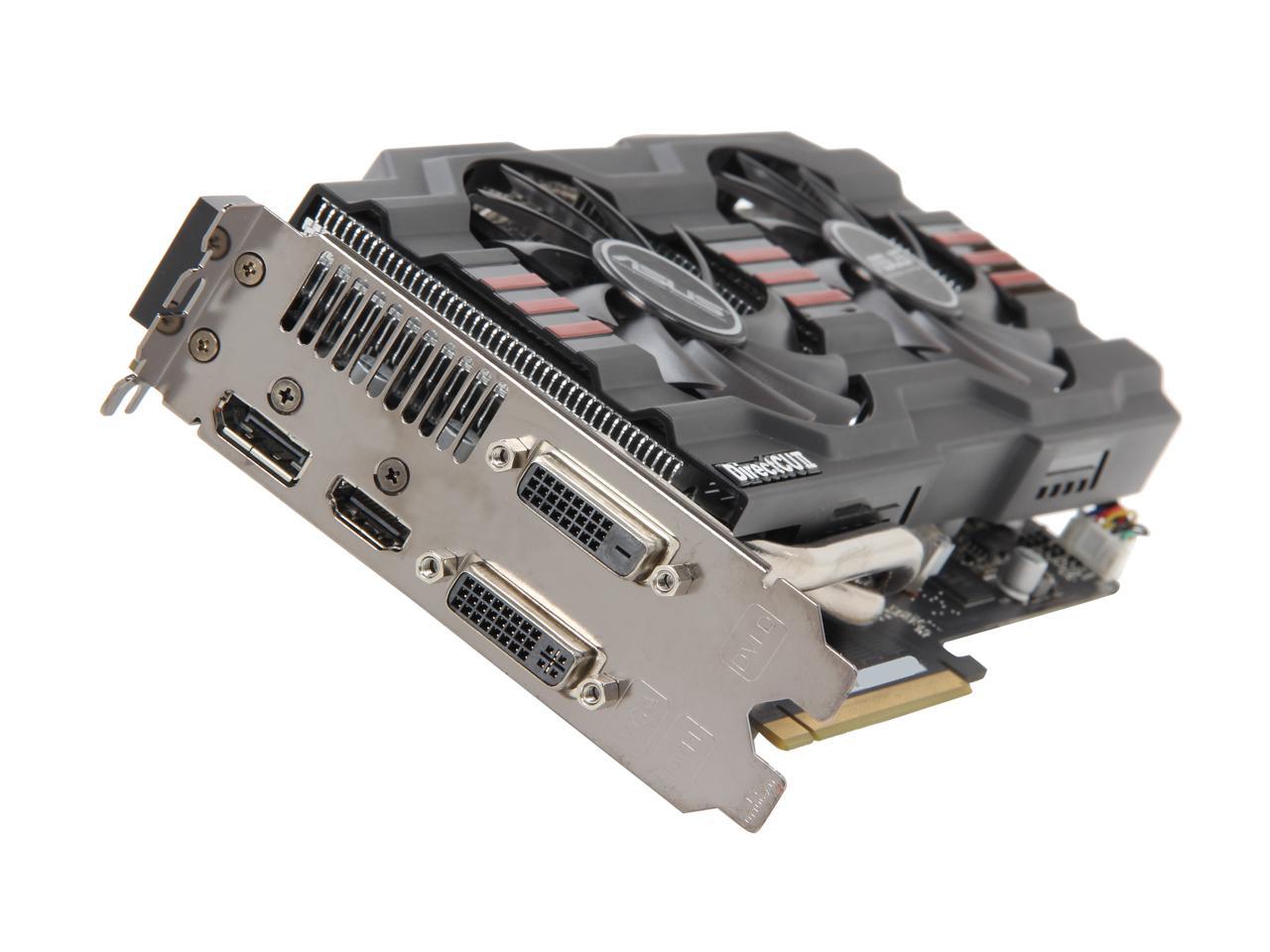 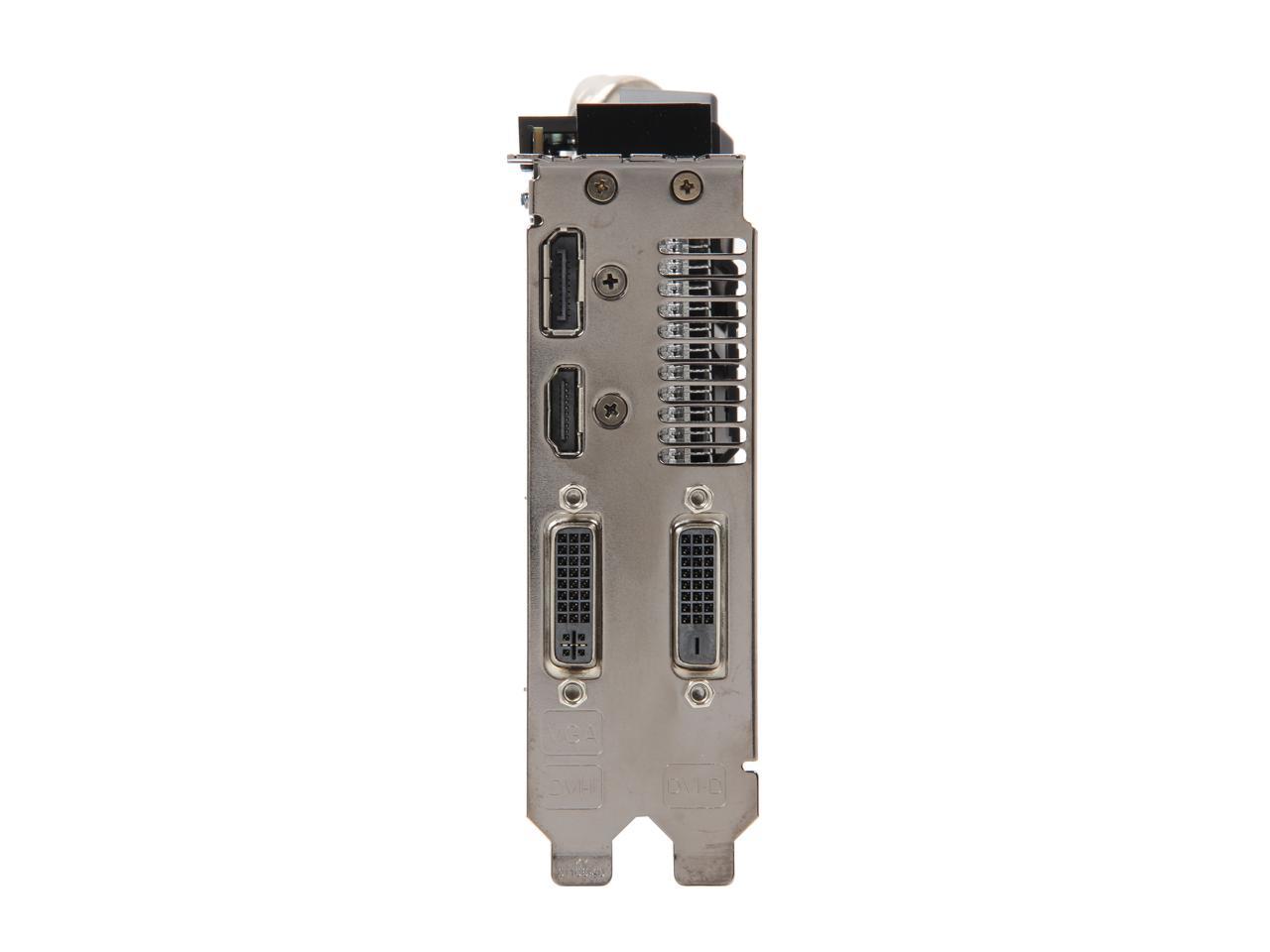 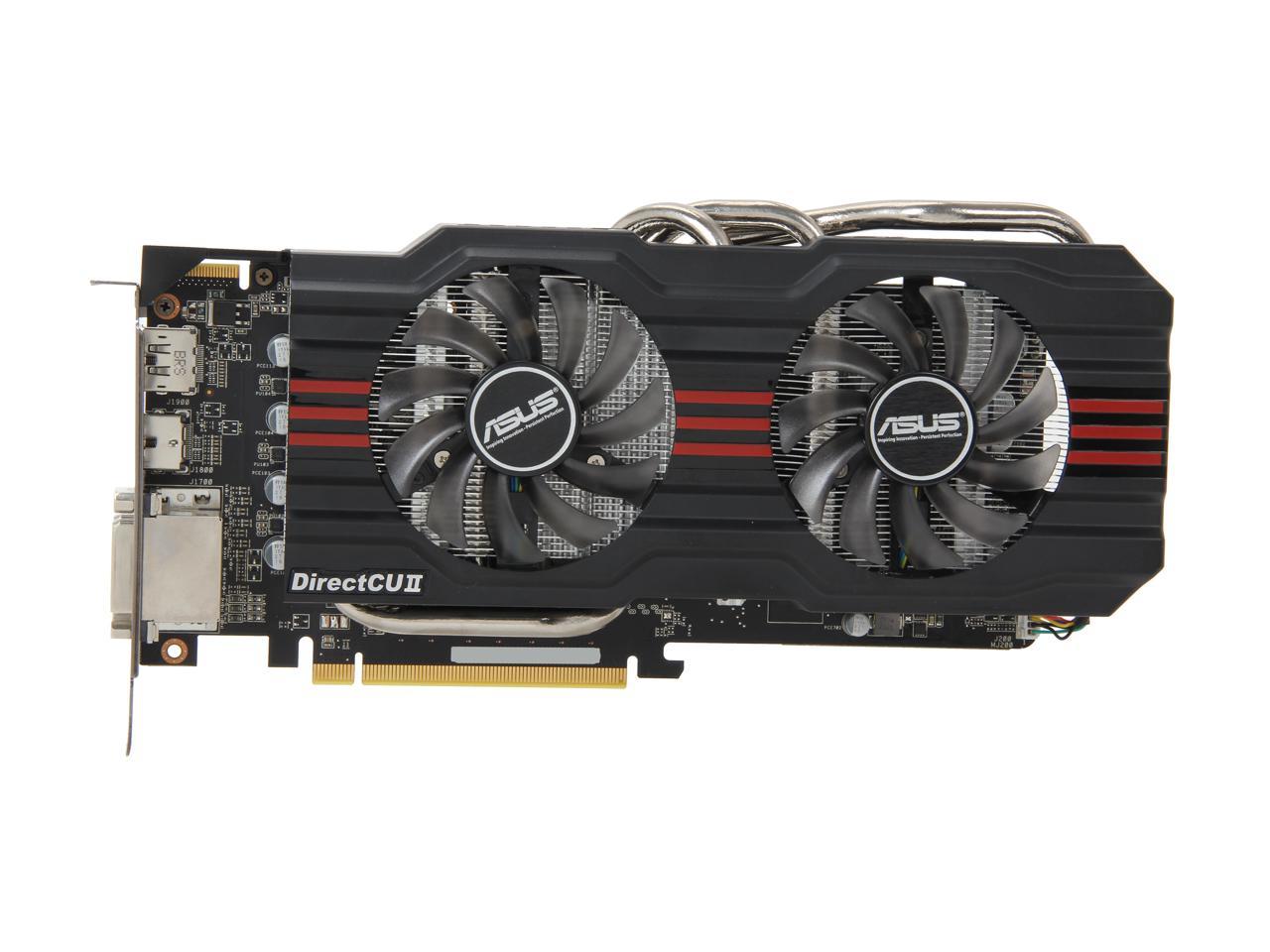 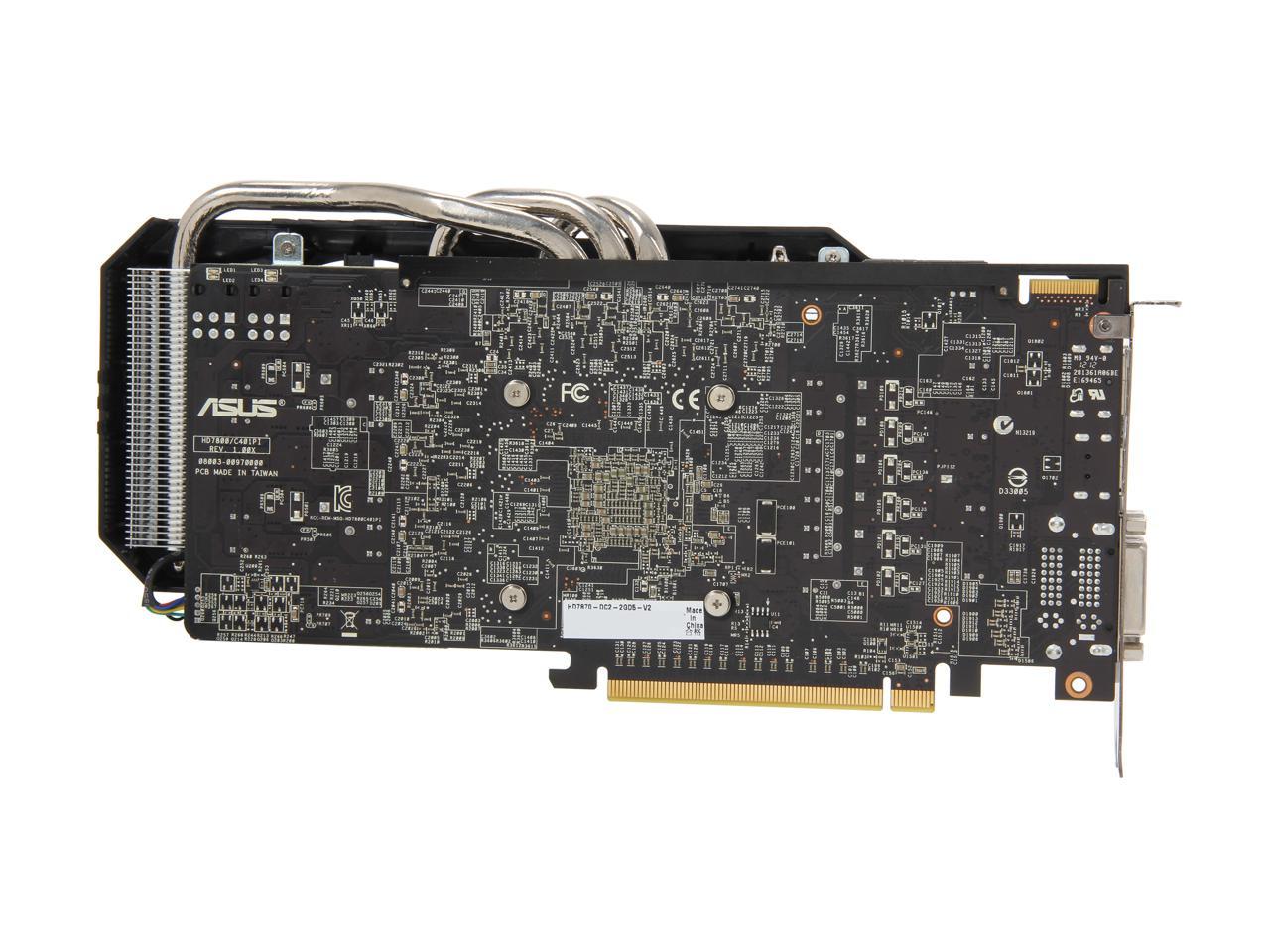 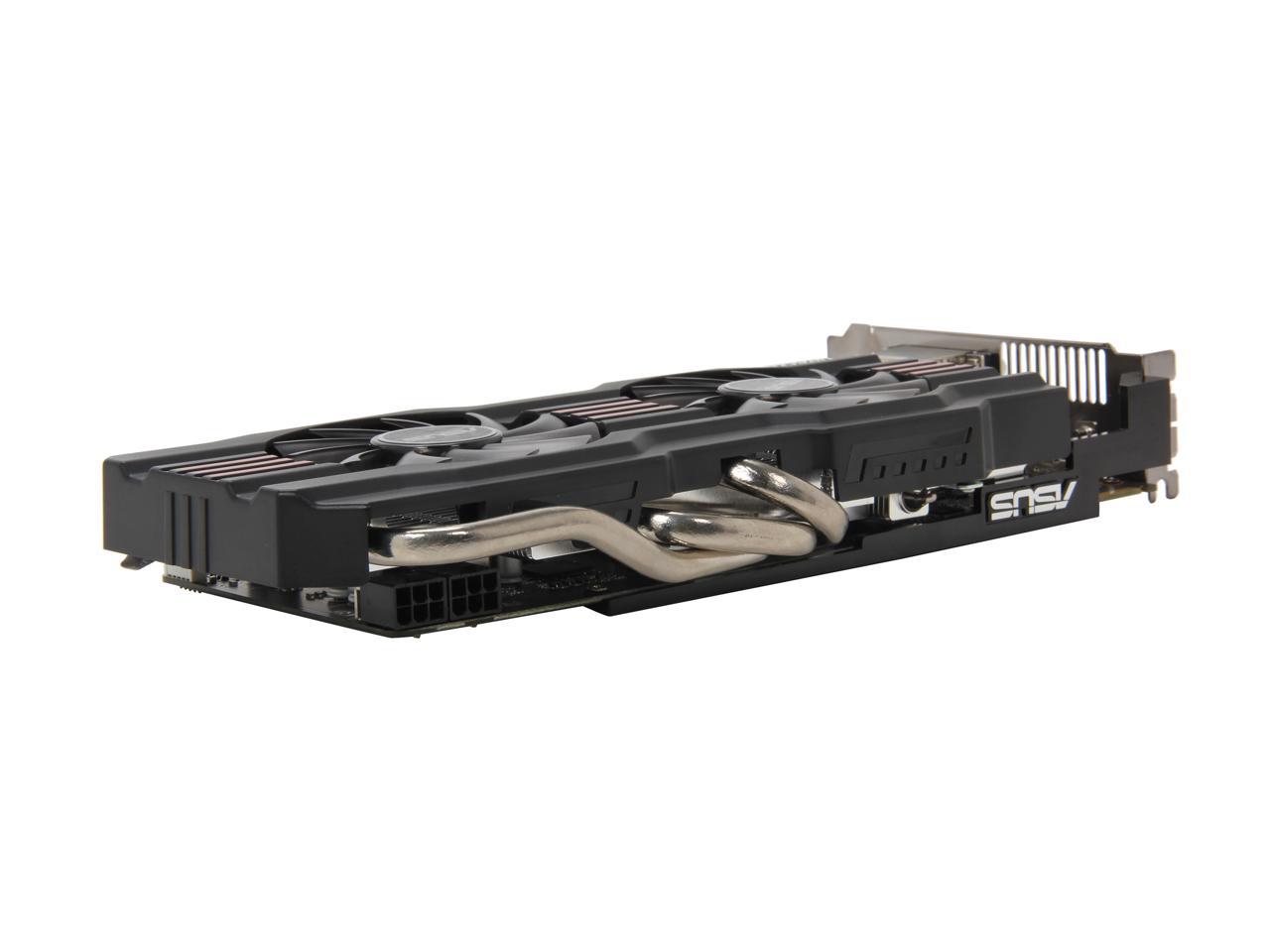 Craig B.
Ownership: 1 month to 1 year

Pros: *Good price *Sleek, sexy look *Runs incredibly cool *Upgraded from a 6870 to a 7870 - theres about a 14% increase in performance, but the difference in core temperature makes me consider it upwards of a 40% increase overall. Better cooling - better GPU life. *Game with two free games, Bioshock Infinite & Tomb Raider - thanks AMD you rock! *Duo fan - you cant beat that. *AMD OverDrive rocks with this card you can increase the power usage to get even MORE under heavy load! *Worked fantastic on my win7 AND win8 box! *Be sure to uninstall your old graphics before installing the drivers for this card - its not a bad idea to do an OS install after upgrading your hardware but thats totally up to the user.

Cons: * Noticeable FPS drop on a couple of games on Win8 - but drivers take time to perfect.

Overall Review: *Unless you have 500+ to drop on a 7970 - dont even hesitate to buy this card. Nvidia cant hold a candle to this beast.

Pros: I love the Asus video cards and that's all i have bought in the past 4 years. I'm loving the performance of 2 of these cards in CrossFire. I'm getting 140 fps on the ultra settings on Far Cry 2.

Pros: I bought this card back in June and have been enjoying it ever since. It runs the three games it came with (Tomb Raider, Far Cry 3 Blood Dragon, and Bioshock Infinite) at fully maxed graphics settings at 1080p with great FPS. At the time there were other 7870s for cheaper, but I have no problem with paying more for a quality product. This was an upgrade from a low-end bargain bin graphics card in store bought prebuilt PC. Amazingly, under gaming load this card stays cooler than the 6450 (60-63C as opposed to 68-73). The DirectCU II cooler is very quiet compared to the single-fan 6450 as well, as a quick test shows that the fans are inaudible until manually setting fans to 65% speed in MSI Afterburner, and even at 100% are quiet enough to easily carry on a conversation or play a game (I use headphones). The automatic fan speed control rarely goes over 40, and as such the card is practically inaudible. The overclocking potential definitely does not disappoint. I was able to get a stable overclock to 1195MHz core / 1400 memory (stock is 1000 / 1200). Past about 1210 core I started to get artifacting. The performance in games is also nothing to sneeze at. So far I have been able to run the following at maxed graphics settings at smooth framerates: Bioshock Infinite - constant 60 FPS @ 1080p Far Cry 3 Blood Dragon - 45-60 FPS @ 1080p Tomb Raider - 45-55 FPS @ 1080p Battlefield 3 - constant 60 FPS @ 1080p Unigine Valley (Extreme HD quality preset) scored 35.4 FPS And many, many more. I also quite like the aesthetics of the card. The all-black PCB goes nicely with the card and with my system. The included PCB brace does its job nicely, which is to prevent the weight of the card from causing it to sag.

Cons: As of yet there have been none, although when I first ordered it, I did end up RMAing it, which ended up being completely pointless. What would happen is that when powering on the system with the card, all the fans and everything would spin up, but nothing was displayed to my monitors. I ended up RMAing it assuming it was a faulty card, until getting it back only to get the same issue. A bit of research revealed that there were BIOS settings with this particular system that prevented it from booting when new hardware was detected; fixing those settings resolved the problem.

Pros: worked out of the box on my asus Rampage 4 Extreme. no need to oc at this time as this card runs all my games/apps on highest settings. kills maya, photoshop cinema 4d.

Overall Review: this is a beast of a card for the price, skyrim with enb, best texture mods i could find, floral overhall etc... 30+ frames at all times. amazing video quality for movies on my 42' tv thro hdmi. kills dx9 games at 100+ fps.. what more can i say. buying another one for myself as a christmas present :)

Cons: Only one. Not really a con with the card itself. I got this card during the AMD Never Settle Reloaded promo. I was sent a couple of emails containing the codes for Crysis 3, Tomb Raider, Bioshock Infinite, and Far Cry 3: Blood Dragon. Now the problem is the email that contained the code for Bioshock Infinite lacked one important thing: the code for the game itself. In it's place was a statement that said the code would be sent within a few days, and it is now over two weeks since this email was sent and still no code. So I was kinda bummed out about this.

Overall Review: Over all, this card is fantastic and I would highly recommend it to anyone looking for an upgrade/nice graphics card.

Cons: Pretty large in the case but that's to be expected

Pros: I bought my first one in March of this year and about a month ago I purchased a second for CrossfireX. I love the performance, even with one I was able to run almost anything at highest settings@ 1280x1024. After upgrading to a 1080p monitor I needed a bit more power and with two of them most games are running perfect at Ultra or High settings.

Cons: I have two of these cards and I would proudly affix an ASUS logo sticker to my case but neither card came with one, even my mouse came with a logo sticker for my case! My ASUS graphics cards are the only components that do not have a label on the outside of my case and they are individually and combined the most expensive and most powerful components. This isn't a con so much as a first world problem xD

Pros: I have now had this card for about 3 months and it has run like a champ! I've Overclocked it to 1190 Mhz gpu and 5500 Mhz memory without any problems. Temps are well controlled using auto settings. easily maxes skyrim on ultra high settings. I did have to RMA the first one that i received, but both new egg and ASUS were great and were very helpful. All in all i would recommend this card to anyone looking for a mid range card.

Cons: Nothing worth mentioning

Overall Review: Download the drivers from AMD instead of ASUS. They have been more stable in my experience.