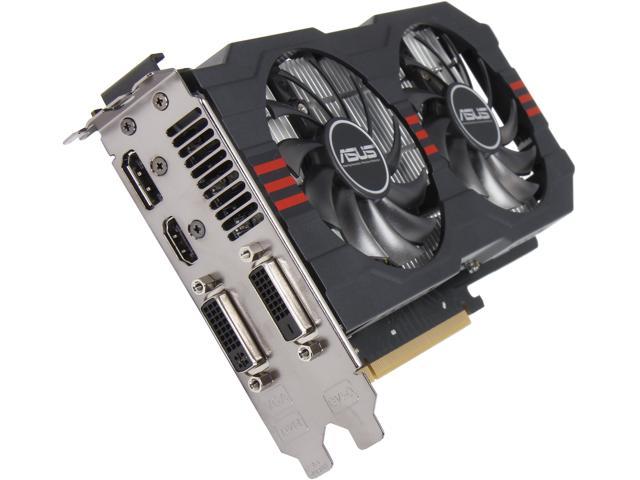 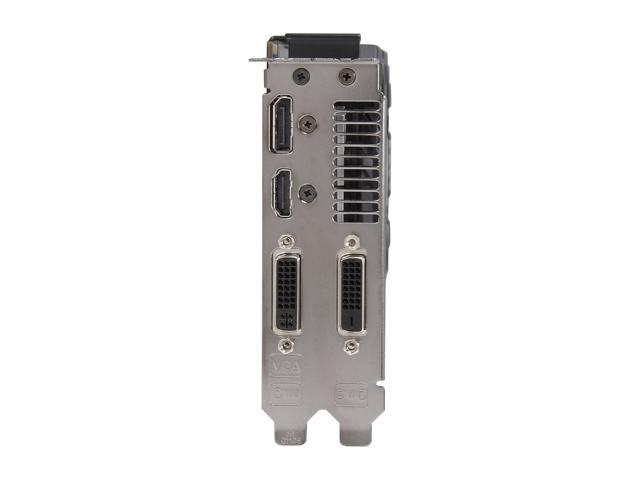 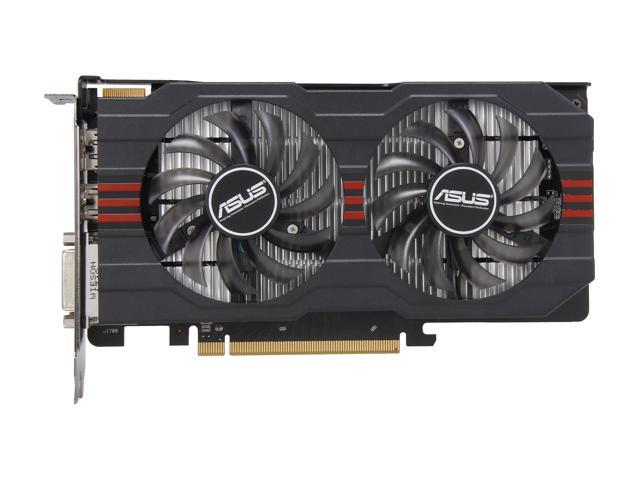 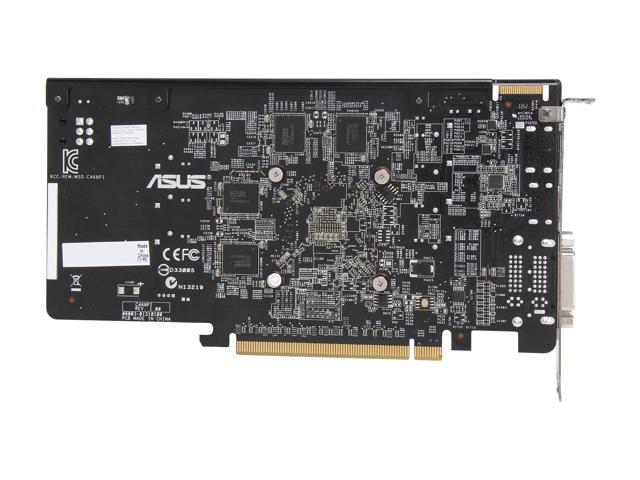 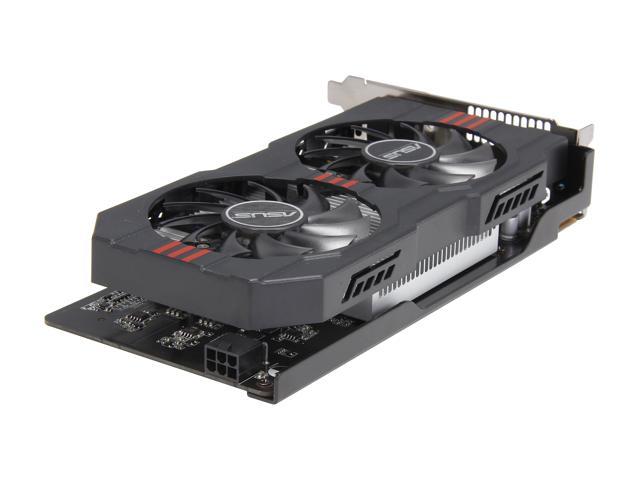 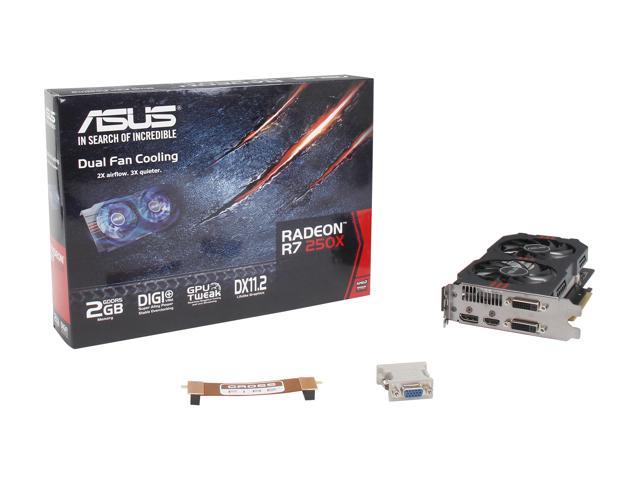 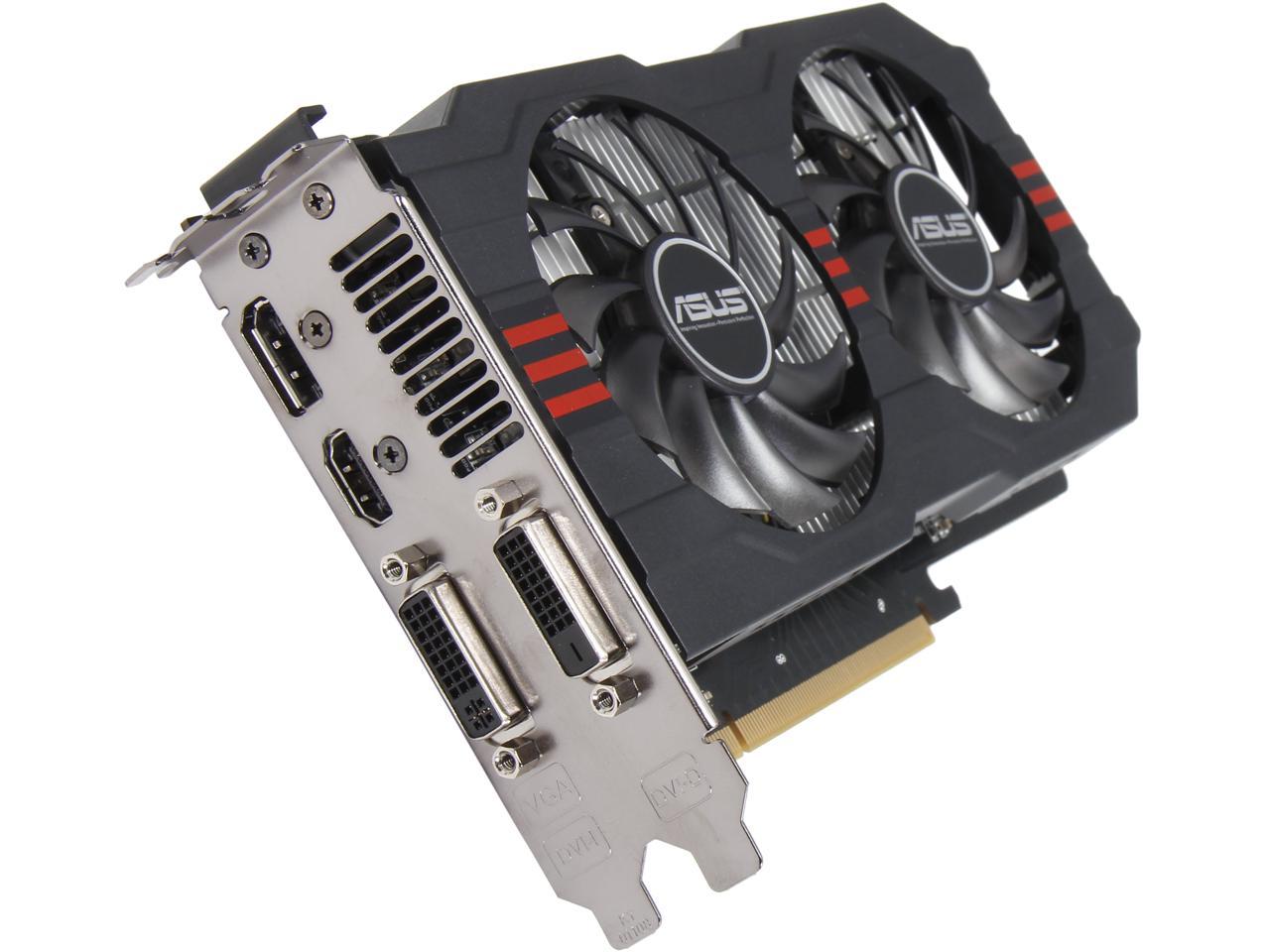 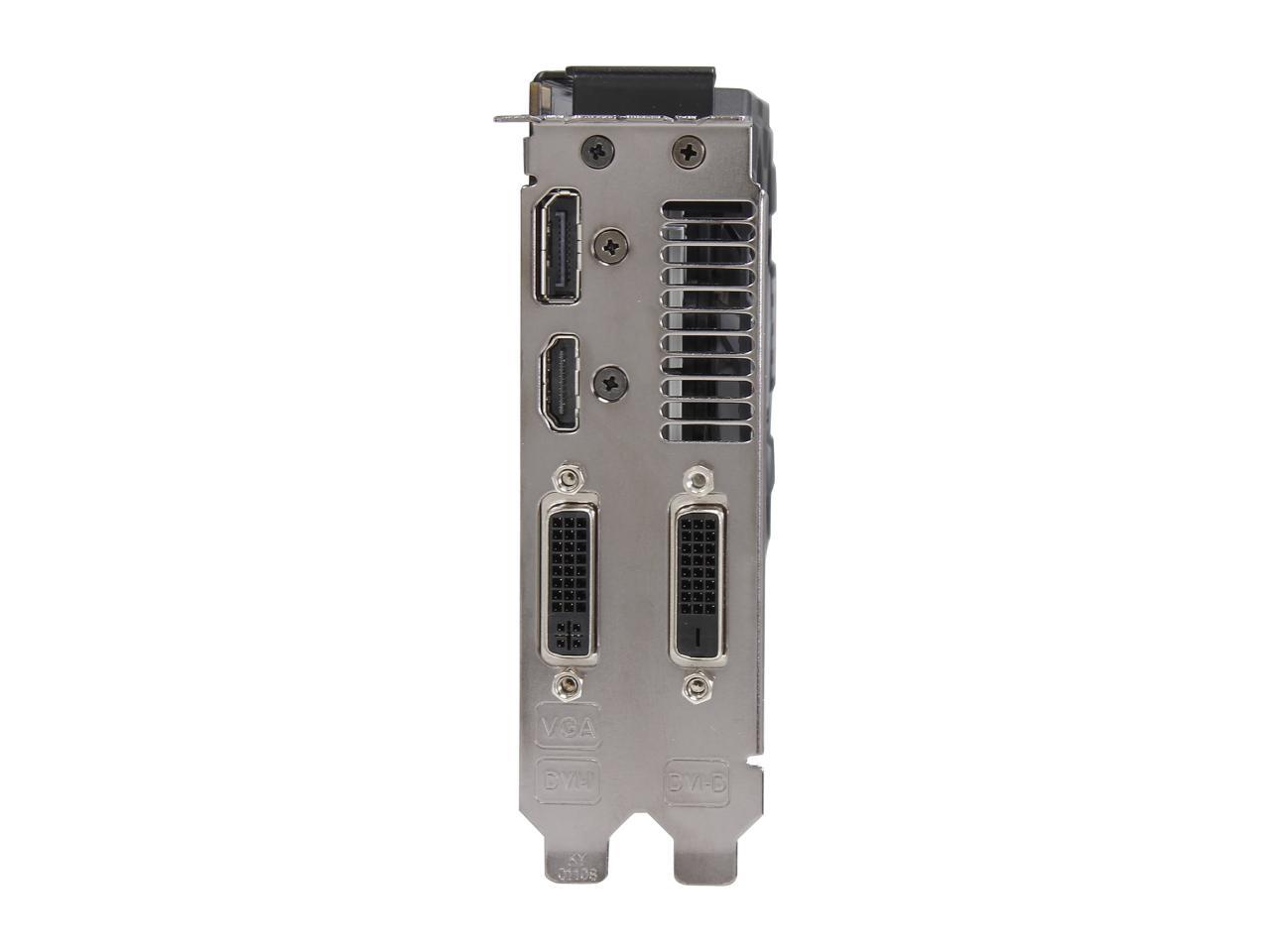 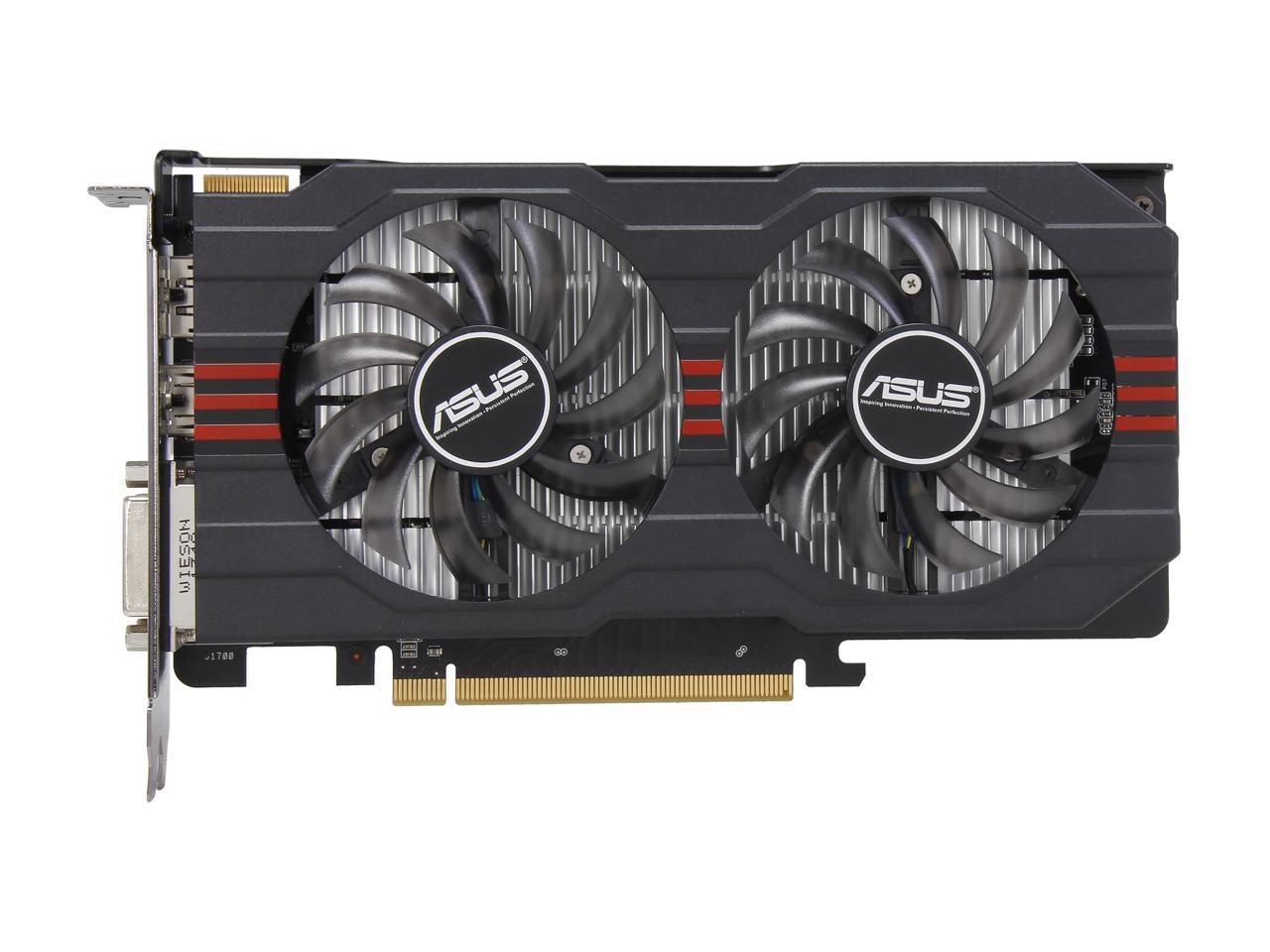 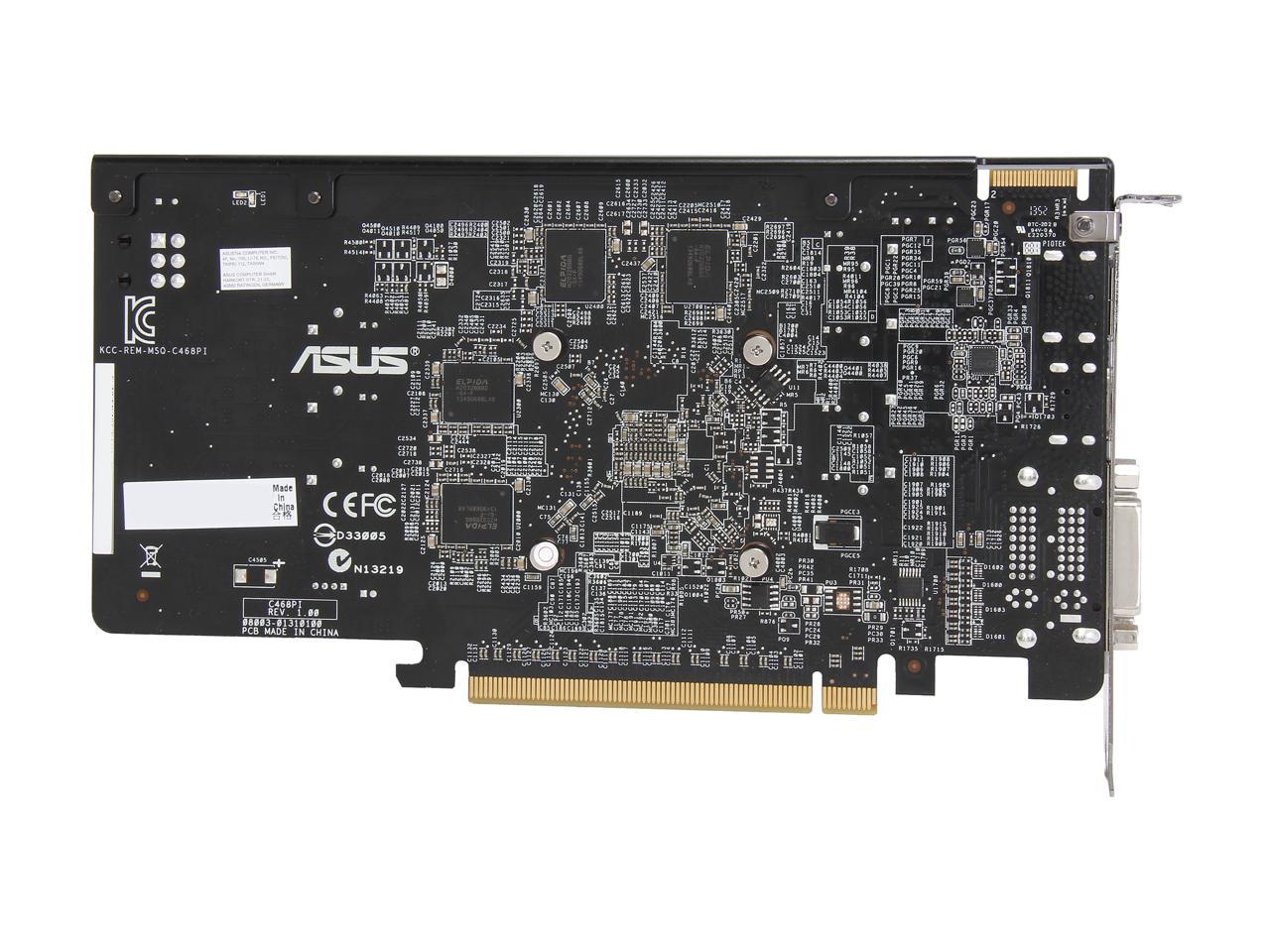 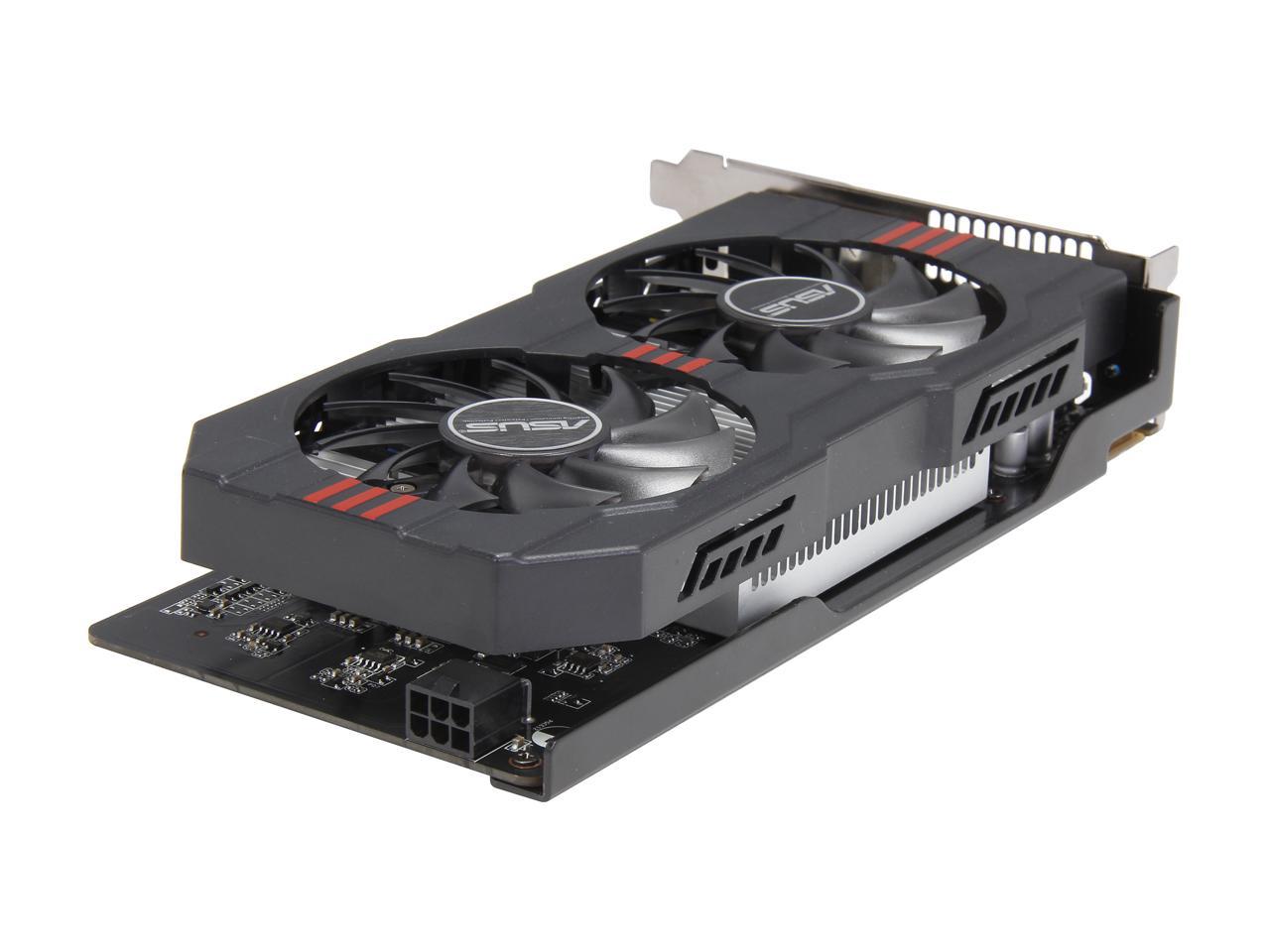 The ASUS R7250X-2GD5 is powered by an AMD Radeon R7 250X GPU, the latest AMD graphics technology that delivers evolved performance and power consumption at a budget-friendly price. The Radeon R7 250X is based on highly acclaimed AMD 28nm GCN architecture, and comes with support for DirectX 11.2 for improved graphics quality in the hottest games. AMD App Acceleration boosts your everyday applications such as surfing, video editing, format conversion, and even Windows 7/8 operation. And with Dual DVI/HDMI/DisplayPort connectors, you can build multi-monitor environments for enhanced viewing and productivity.

This card is outfitted with carefully selected dual fans that deliver effective and acoustically friendly cooling, while the DIGI+ VRM with Super Alloy Power design ensures first-class power efficiency and superior stability – even under overclocking conditions.

Pros: Easy set up, very quiet, runs cool (not hot/or even warm)....and I game for hours on end! You will NOT find a card, with as much for a price even close!

Cons: The only con I have is there were no reviews, for me to dig into prior to purchasing. (which is why I'm leaving one for you all)

Overall Review: Delivery was quick ..and painless! I had the old cards out, and replaced them with one R7 250X 2G in minutes! The Drivers installed pretty quickly, and they're very easy to tweek! I hope this review is helpful! (games I play..CSgo..Outlast..FEAR..Bioshock infinant..and Titanfall) all at full 1080 0r better!

Pros: I was originally going to get a regular R7 250, but decided at the last minute to splurge and get this card instead and so far I'm really glad I did. I've maxed out every game I've tried so far and it plays them all no problem. It might not get 60 FPS on them but I can't really tell the difference. So far, I've tried Sims 3, The Stanley Parable, Octodad, Grid, Dirt 3 and Showdown, Team Fortress, Black Mesa, and a couple others and haven't had any problem. I'm not sure how it'll handle BF4, Metro, or Crysis, but I'm sure it'll handle those too on acceptable settings. ASUS also included some cool GPU Tweaking software for on the fly overclocking and such. I was impressed. Comes with a DVI to VGA adapter if you're running on an older monitor like me, I completely forgot about it and was freaking out until I saw the adapter in the box. Kudos to ASUS for including exactly what I needed. The packaging is pretty cool too.

Cons: This thing is big. Like, a lot bigger than I thought it was going to be. If you're building a smaller machine I'd take a look at the sizing and make sure everything's going to fit. It requires a 6 pin power connector but the connector on the card isn't that obvious so make sure you remember to plug it in before you try to boot it up. According to the box it recommends a minimum 450W PSU, so if you're trying to game on the cheap make sure you get spend a little on a better PSU. I recommend the one I got listed below in the Other Thoughts.

Pros: The r7 250x I was somewhat hesitant with because it was an r7 and not an r9 but this somewhat High end r7 rivals r9's. The thing wont run like crisis 3 or any thing but I can hit decent frame rates in titanfall (60+ using fraps)

Cons: The gpu tweak that I was using that came with the card that I used for some minor overclocking I had trouble with (not the card the software) leaving the fan on auto can make some noise when I boot up Titanfall or like bf4

Overall Review: Great card, save the cash and buy this card over an r9. as long as you got a decent cpu and 8gb or more you should be good for most games

Cons: -Slows down running newer games at max resolution and graphic qualities. -Either is not strong enough for PhysX (even from games over 5 years old), or isn't compatible. -Some older games may stutter depending on developer-proprietary settings.

Overall Review: In terms of the price, don't expect to be playing things like Battlefield 4 and Titanfall on max ultra settings, though it will run them nonetheless. For the price, it is well worth what you get. For the gamer who either is switching from console to PC, or the budget minded gamer, this card will do what you want. If you already have a good graphics card, and are looking for a replacement, this may or may not fit you, depending on what you want to play, and how well you want to play them. In short, I would recommend it to gamers on a budget, it'll do what you want just fine.

Pros: Works like a charm in Windows with the provided Catalyst drivers. I was able to play a bunch of games on Great / Ultra settings with no issues. I think this card has its limitations just like any other hardware, but it would be a great card for someone who is a gamer or video/photo editor (it integrated into Photoshop CS6 with no problems whatsoever). The dual fans keep the card around reasonable temperatures when using nothing but stock cooling (say, one or two chassis fans and a cpu fan in a new rig).

Cons: The struggle for working Linux drivers continues. Be wary. As an Arch user, I had to downgrade Xorg and Mesa to non-stable versions to get this thing working which is never fun. Keeping that in mind, you'll probably want to use Vi0l0's repositories for drivers if you intend on using this card with Linux. I am not taking off any eggs for these cons, because it is a personal choice, not something the hardware manufacturer personally shunned me for.

Overall Review: Supports crossfire. Two of these cards would probably be a good idea for an extra boost!

Pros: Great card a budget build, only reason I bought this card was to compliment the new APU I bought, but turned out it doesn't support the 250X version..

Cons: Not the cards fault that nothing states it wasn't compatible with the apu but it is amd's for not being stating so at the launch of the a10.

Pros: easy set up great went well and that 24/7 number you can call for help really makes a difference.

Pros: Great card for the price and does not require a hugh power supply Easy to install in minutes