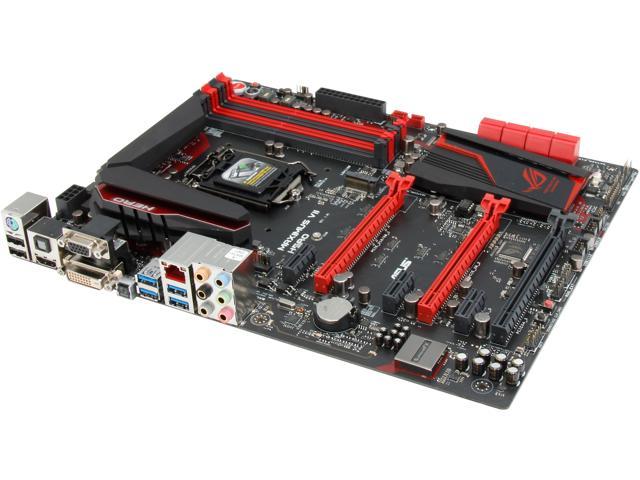 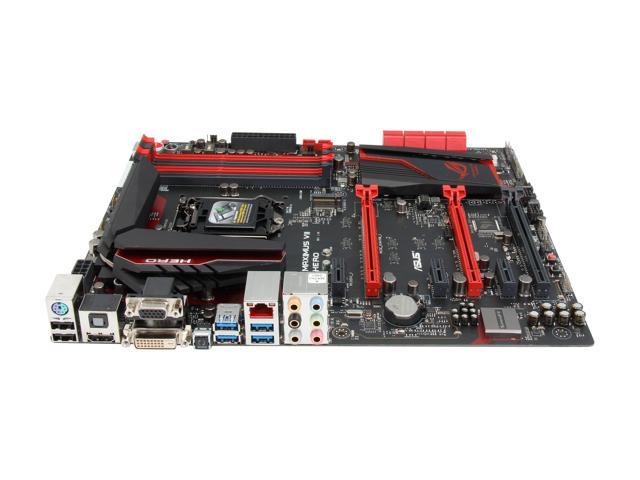 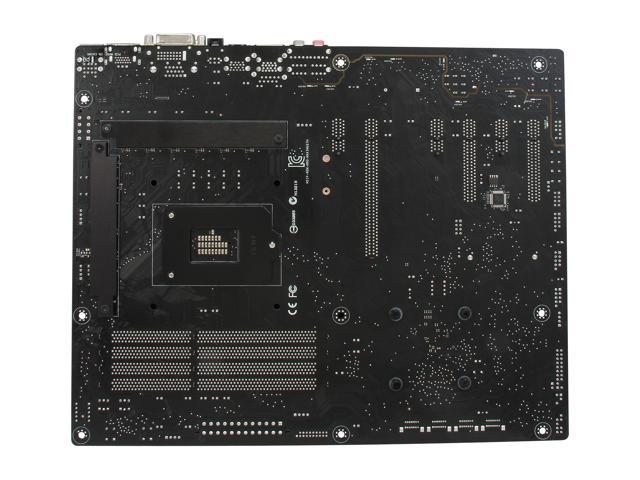 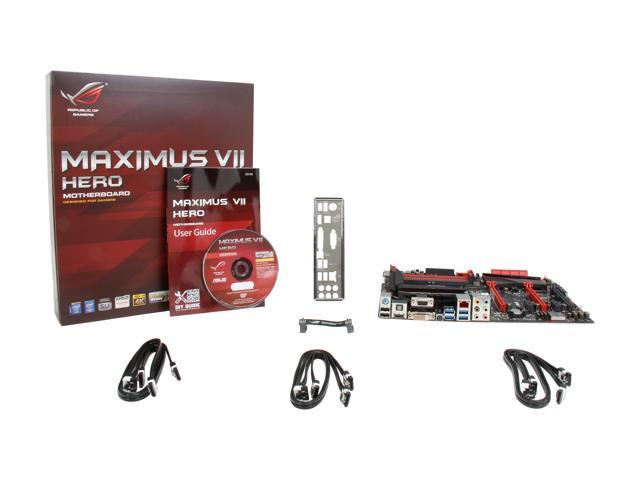 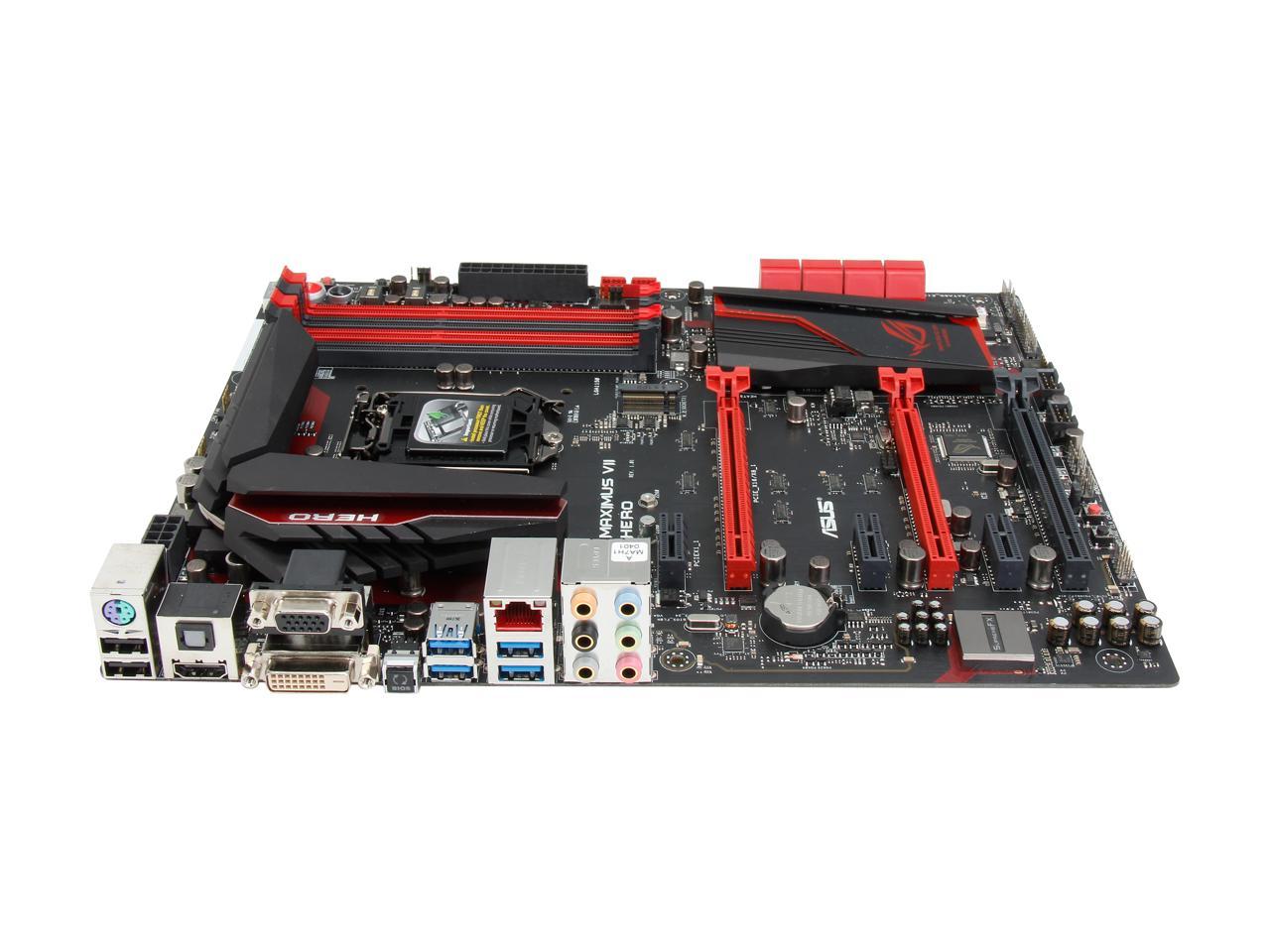 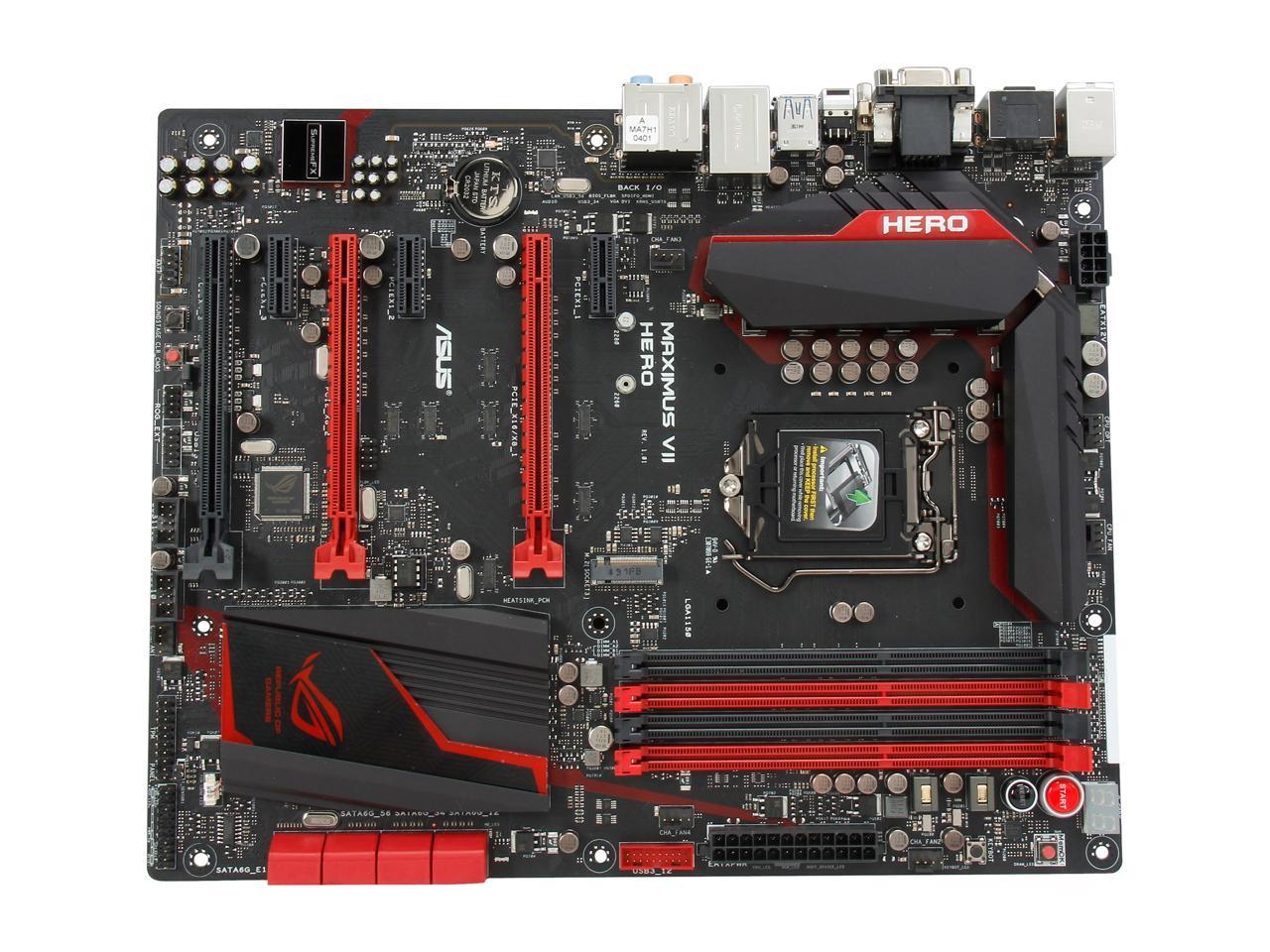 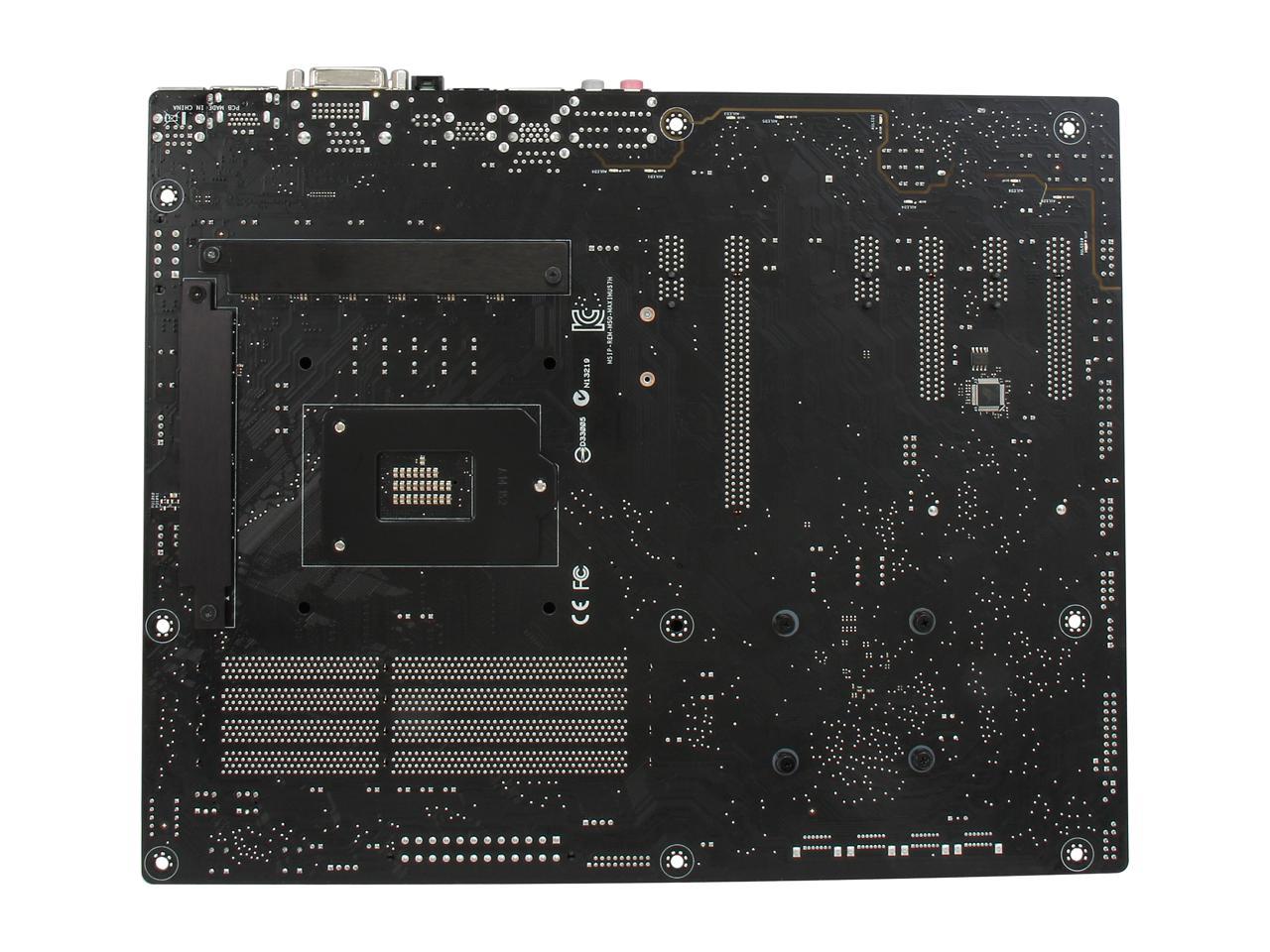 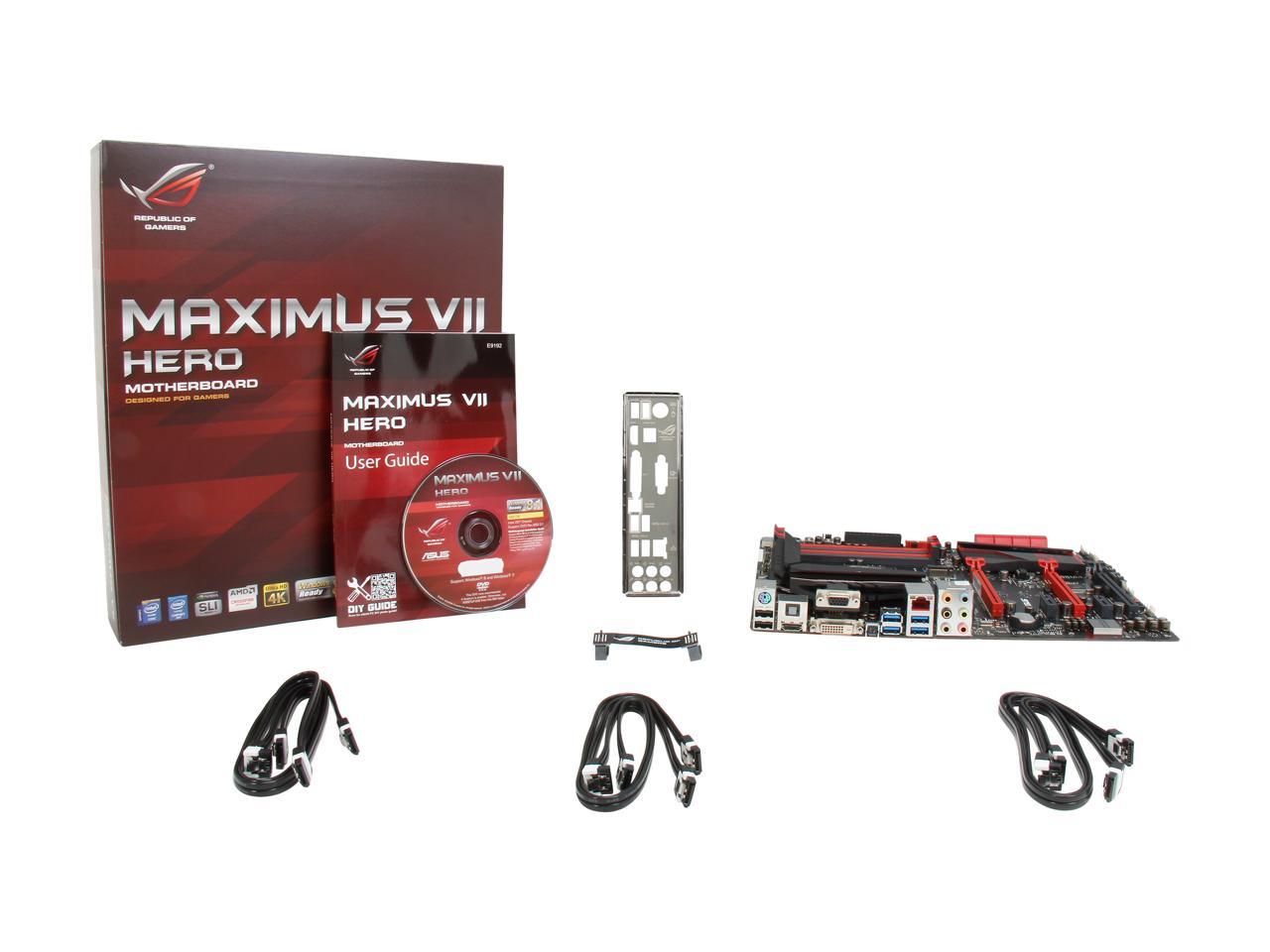 This means that the product has been opened, possibly used but is in perfect working condition with no signs of cosmetic or functional defect. Product may includes warranty, and accessories found with the original product. Product may or may not be in the original packaging. Returned items with minor packaging defects fall under this category.
See more "lga 1150"
In stock.
Ships from United States.
Overview
Specs

Last year's Hero smashed onto the PC gamer and enthusiast builder scene – easily the most popular ROG board to date! It goes without saying then that 2014's Maximus VII Hero would have a lot to live up to. So, thankfully, it's had a huge upgrade and a big splash of cool design. Have a look at this: The sharp aesthetic design is drawn throughout its creation; from painted, matte black PCB to the heatsink, to the (optionally) illuminated Z97 heatsink. The keen-eyed will also notice no more white clips as the whole board is now totally red and black! On the memory front there's support for four DDR3 DIMMS up to and beyond 3,200MHz, depending on what kit you choose to pair it with.

Within its price-range it's also the only board with rear bracing/heatspreaders for the VRMs, too! While top-side, the heatsink has a nickel-plated heatpipe cunningly tucked deep into its design to improve cooling. In the box there's also a metallic black Q-shield to cover the rear IO. The SupremeFX Shield gets a flash of ROG Redline, too.


The PCI-Express layout is aimed at (most commonly) two-way SLI and CrossFire users with its two, red PCI-Express x16 slots providing 1 x 16 or 2 x 8 from the CPU. If you're using more GPUs, wait for our Computex announcements! The red heatsink stripe is extended further along the motherboard PCB.


The M.2 port support PCI-Express x2 devices up to 2280 (80mm long), giving the latest 10Gbps extreme performance. Since it's PCI-Express based it does not eat up one of the eight SATA III ports when used, giving you the maximum storage potential and best performance, all the time. Flip the board over, and you can find the KeyBot hardware IC, too. On the bundled software disc you'll get these to use with your new build: