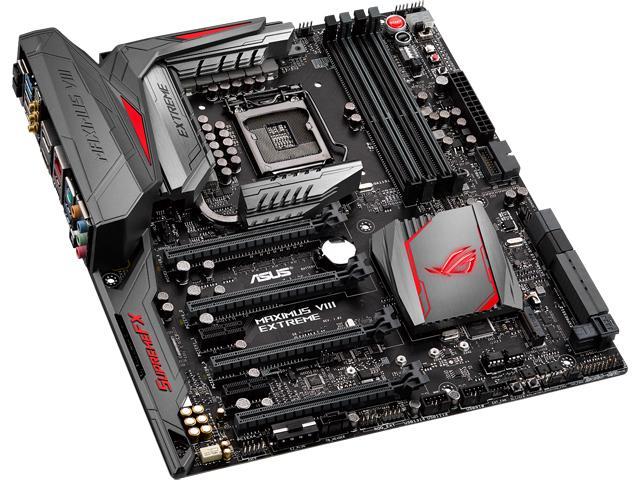 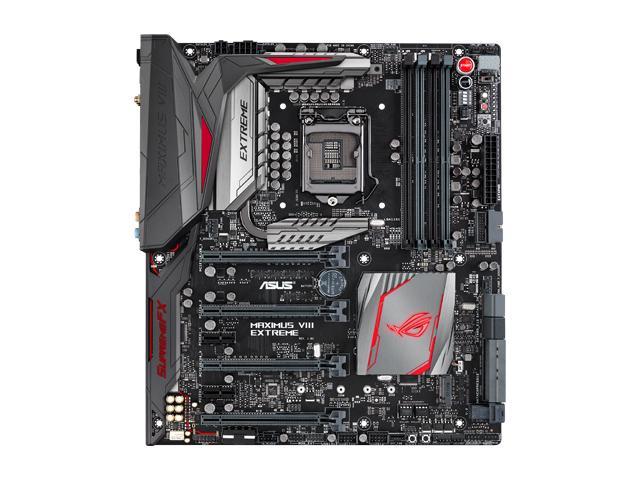 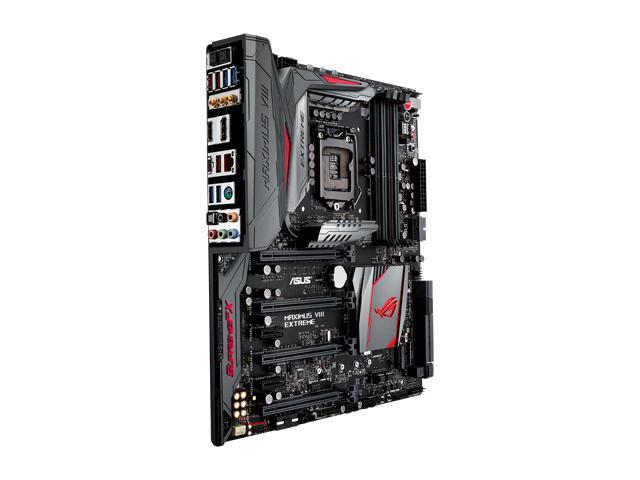 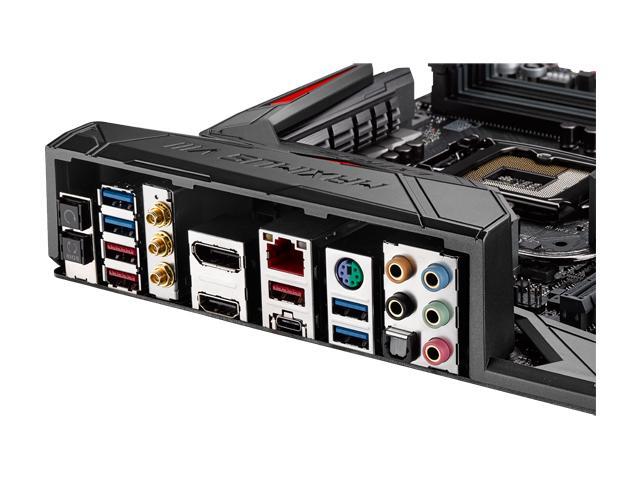 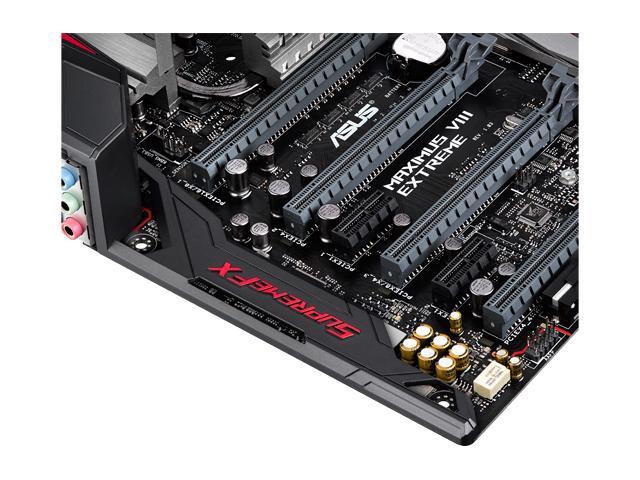 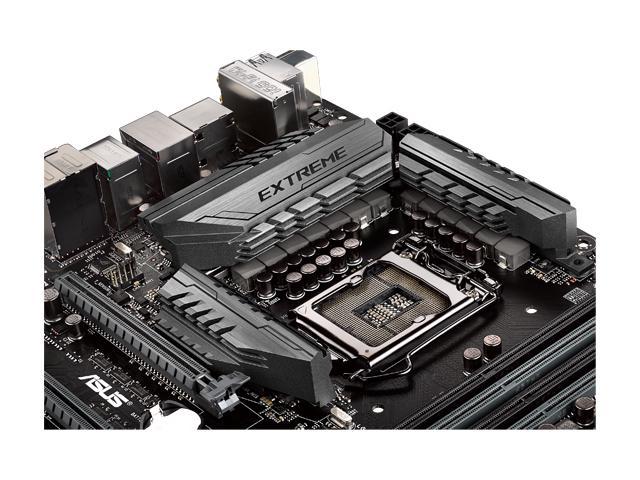 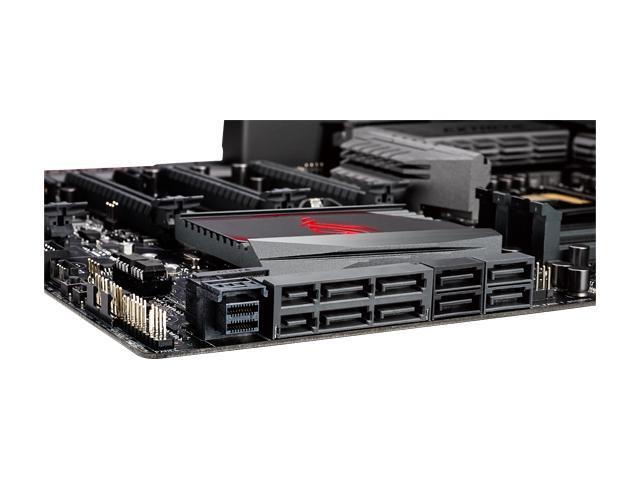 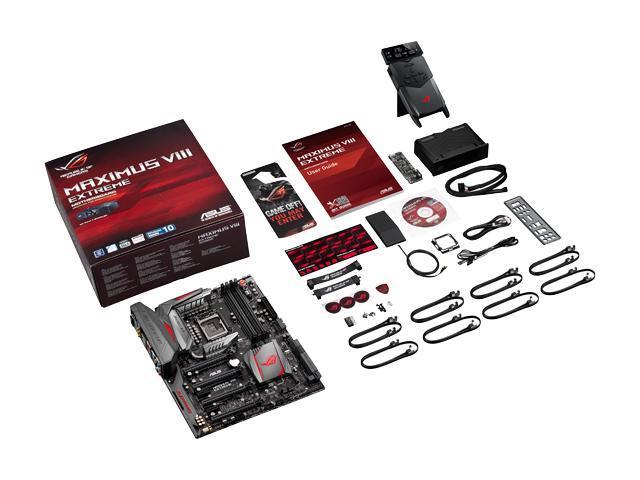 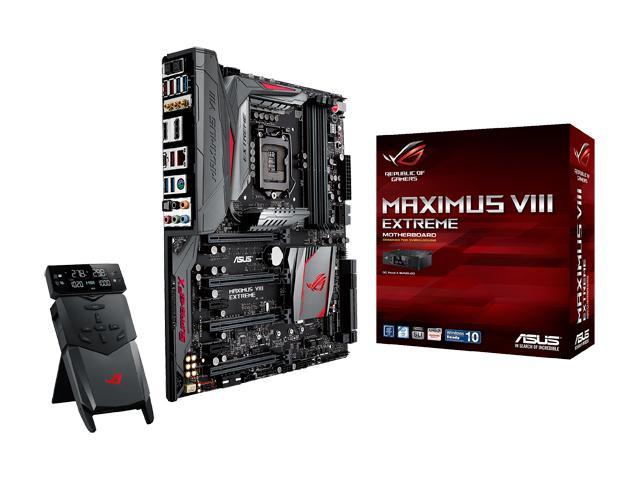 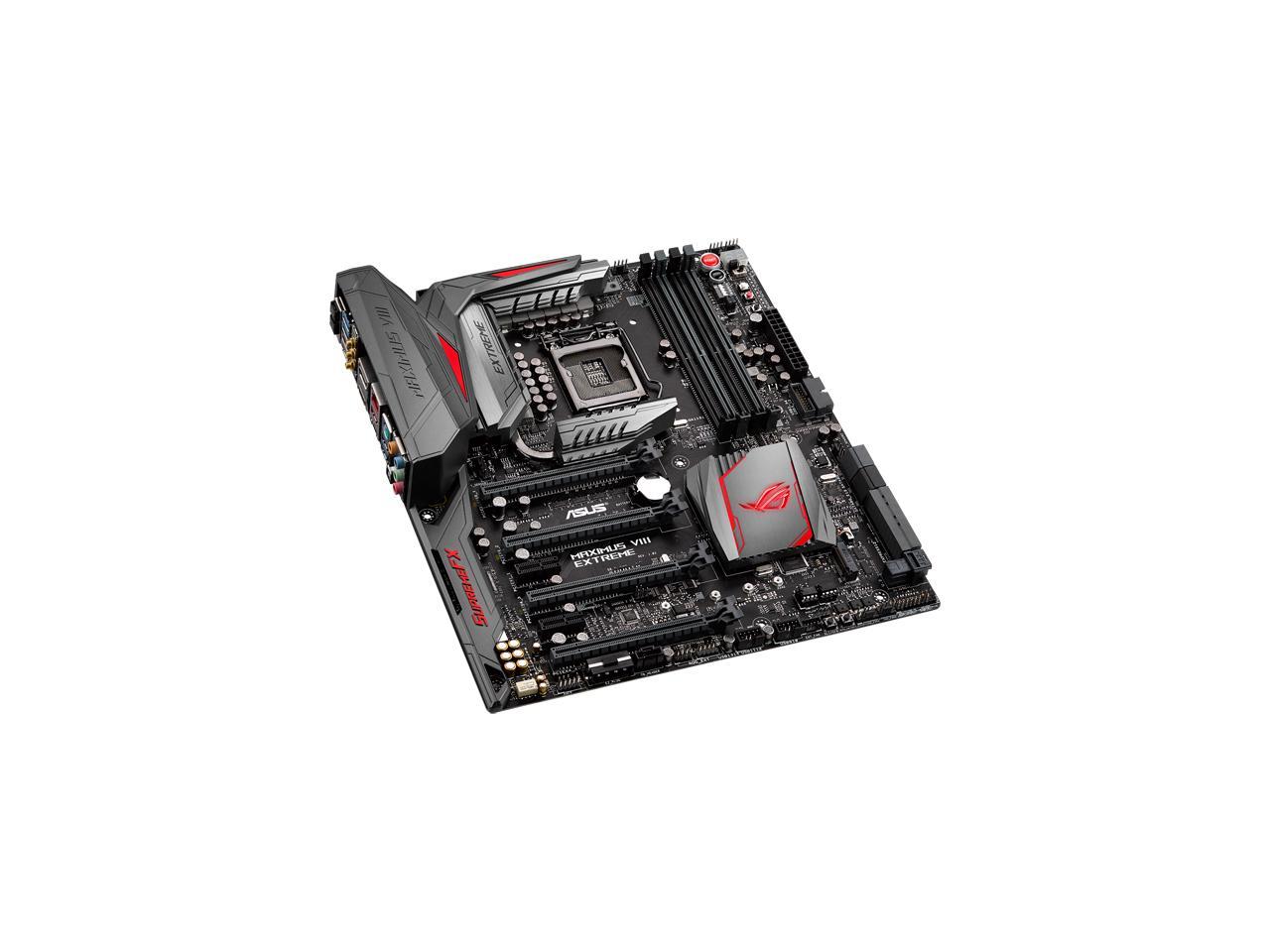 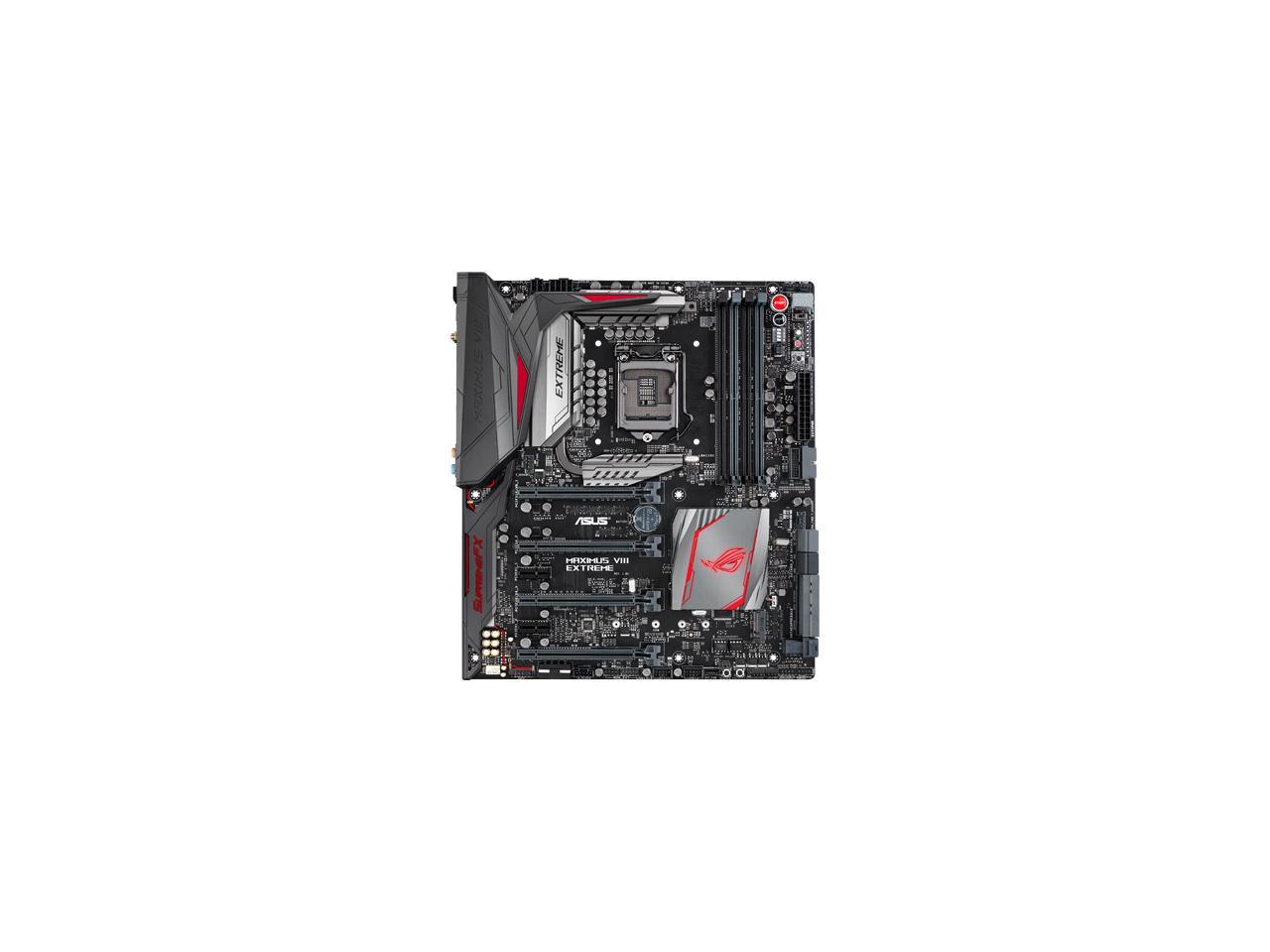 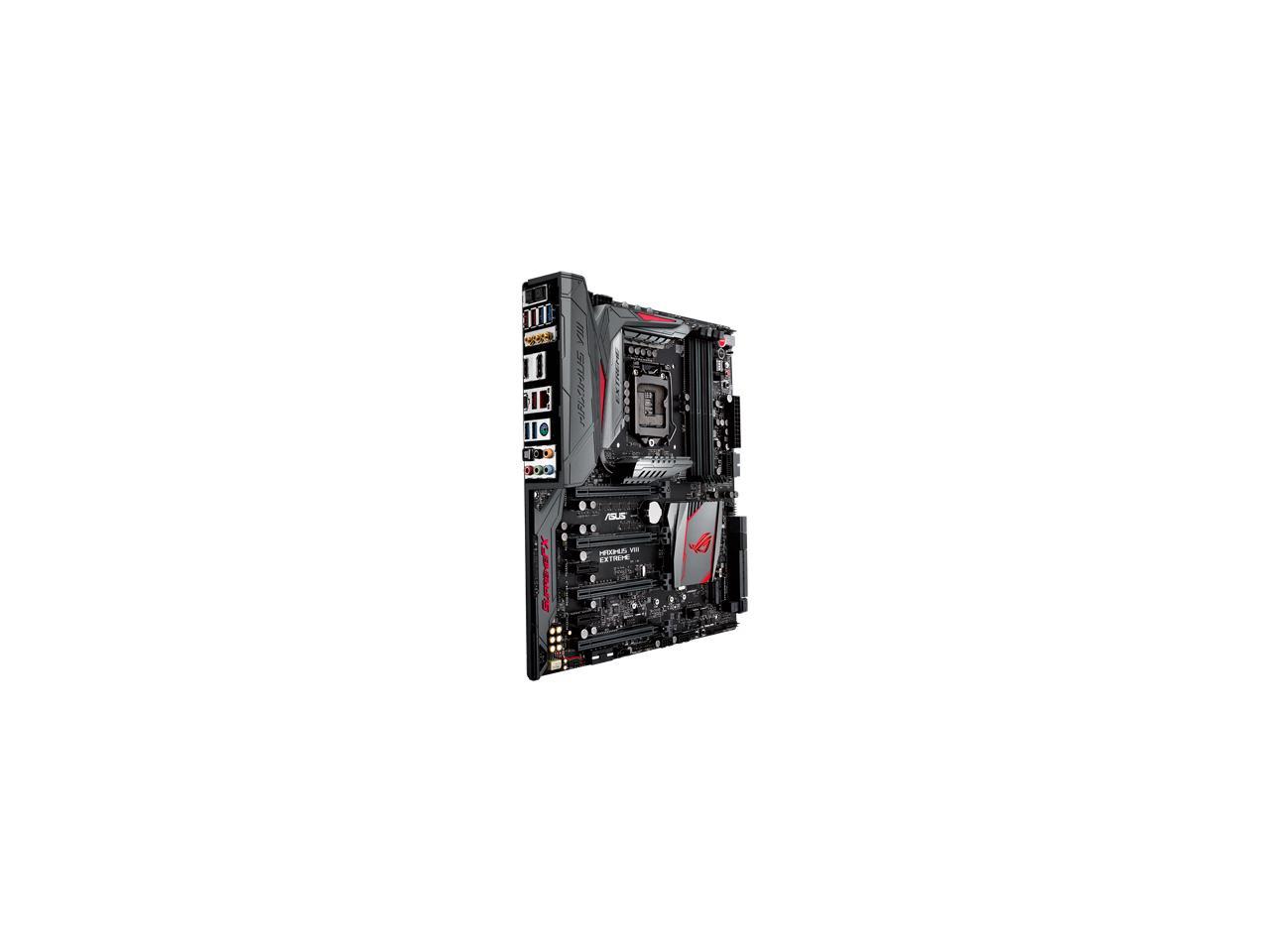 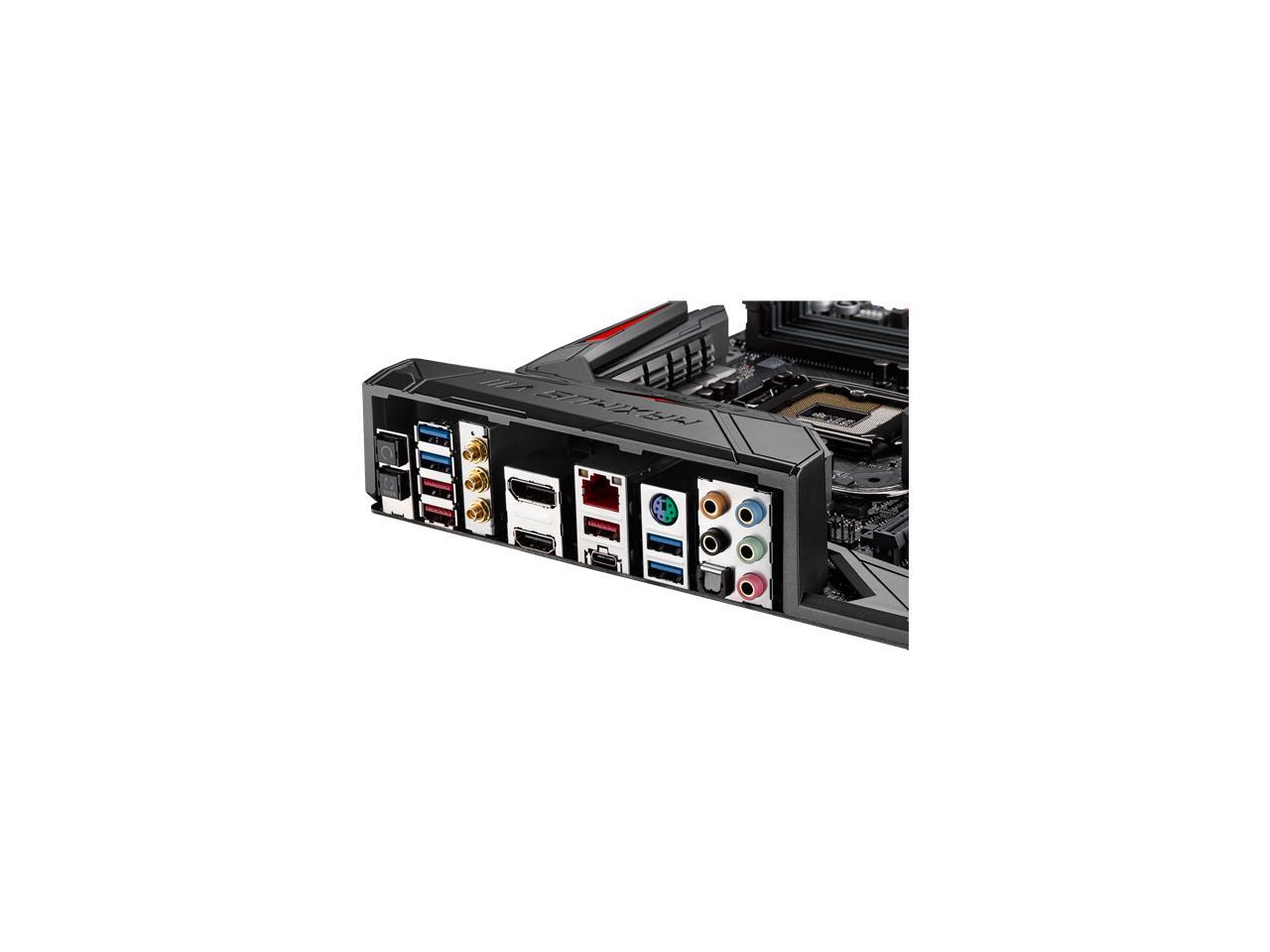 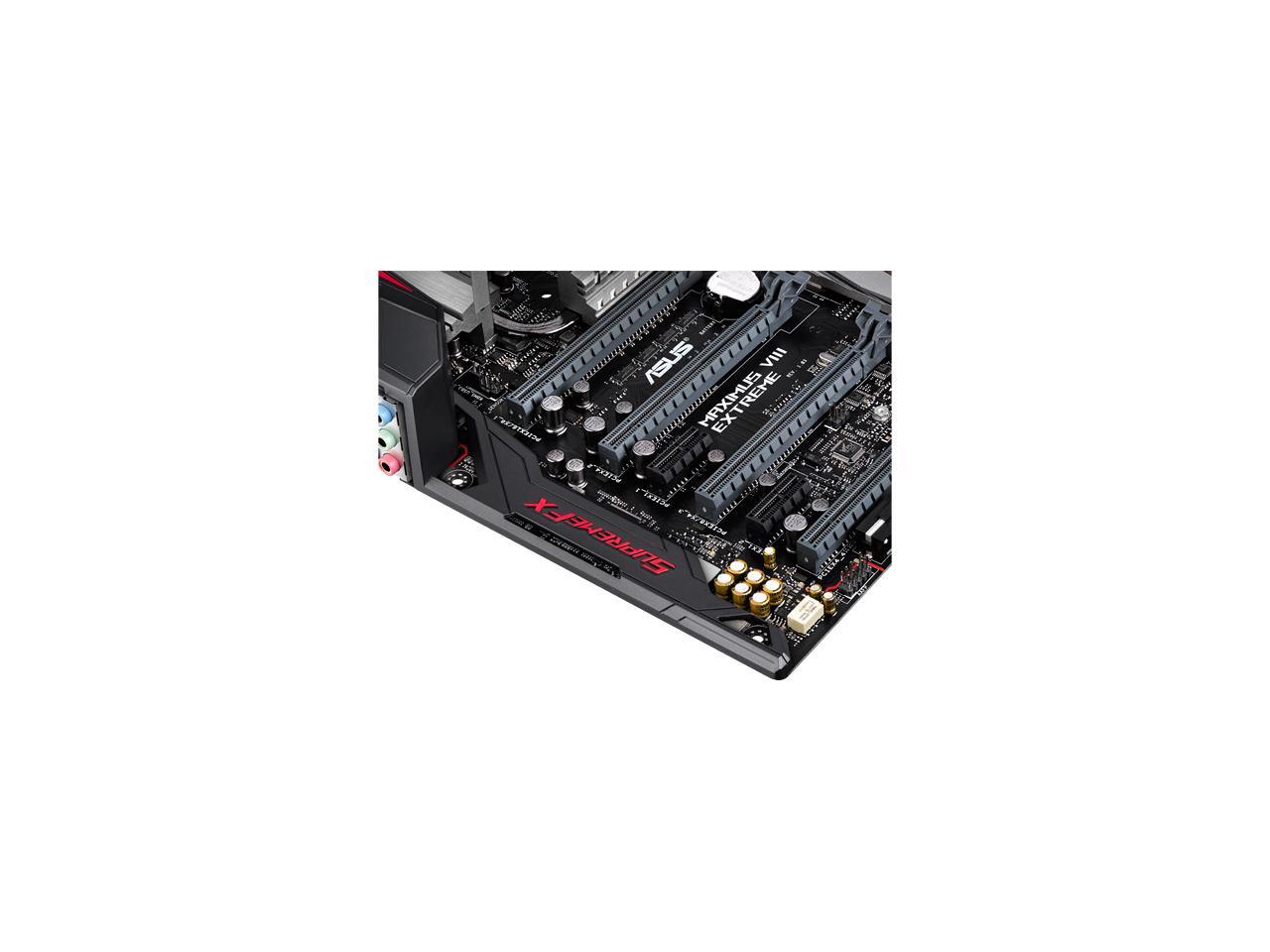 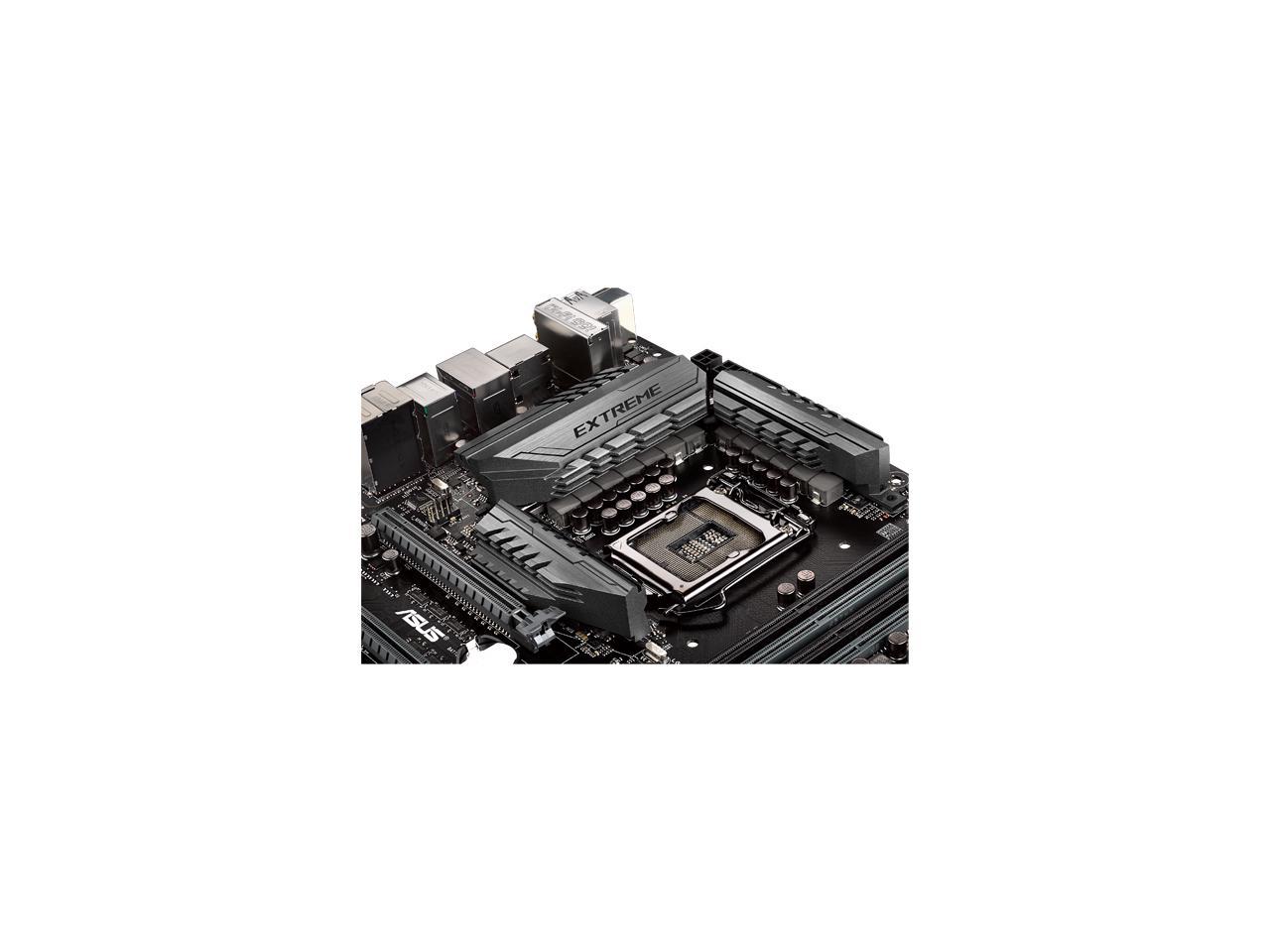 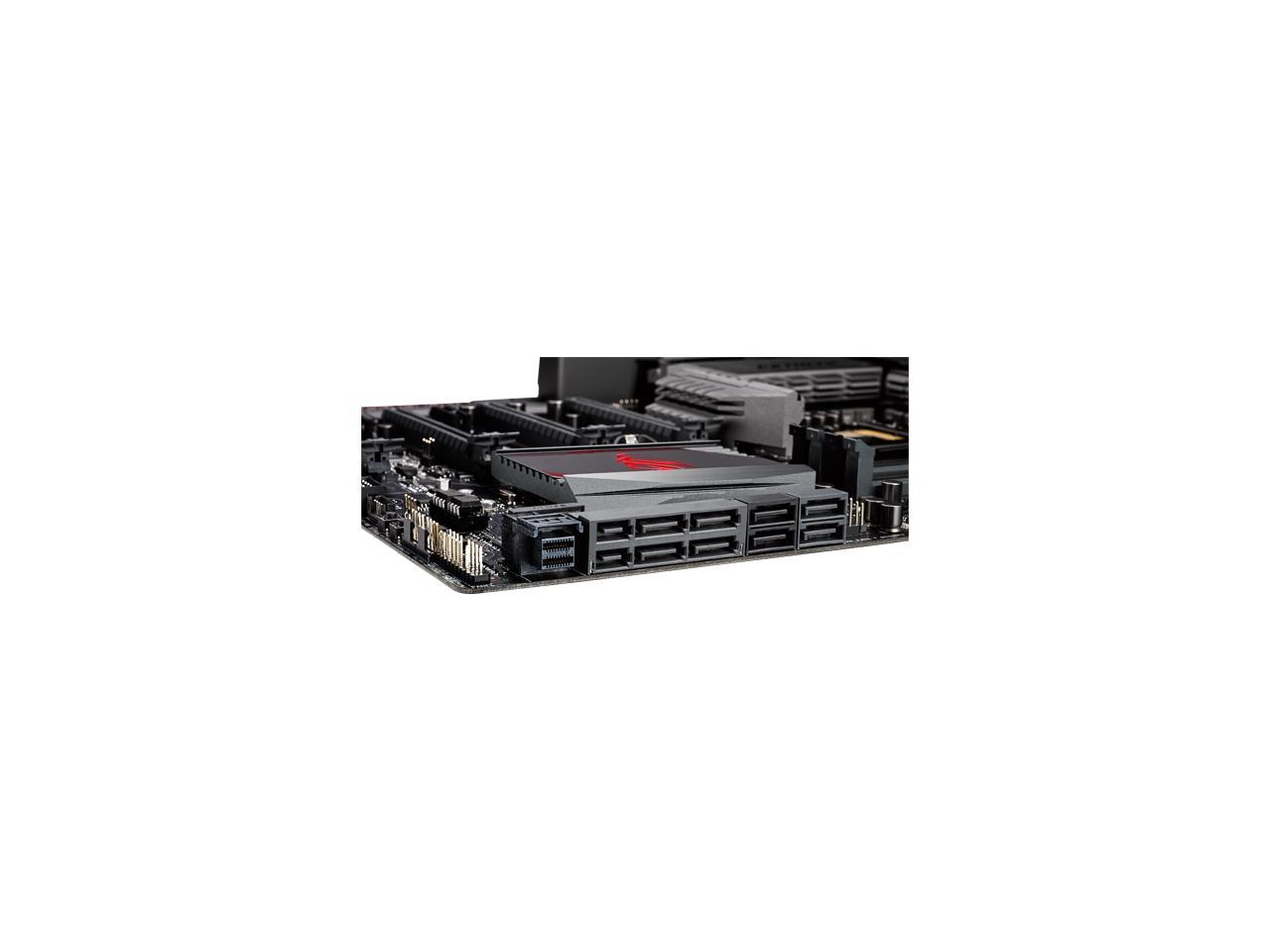 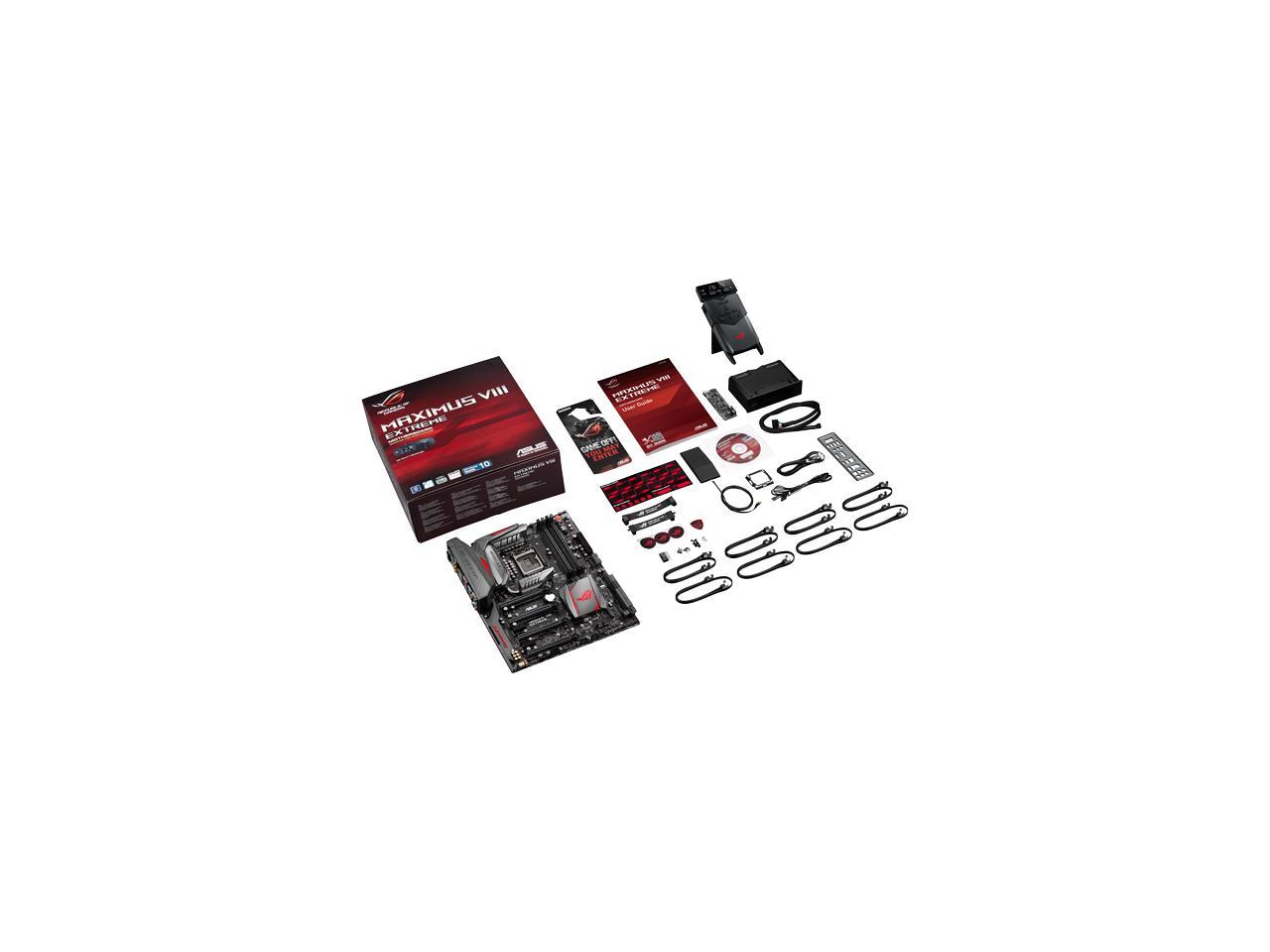 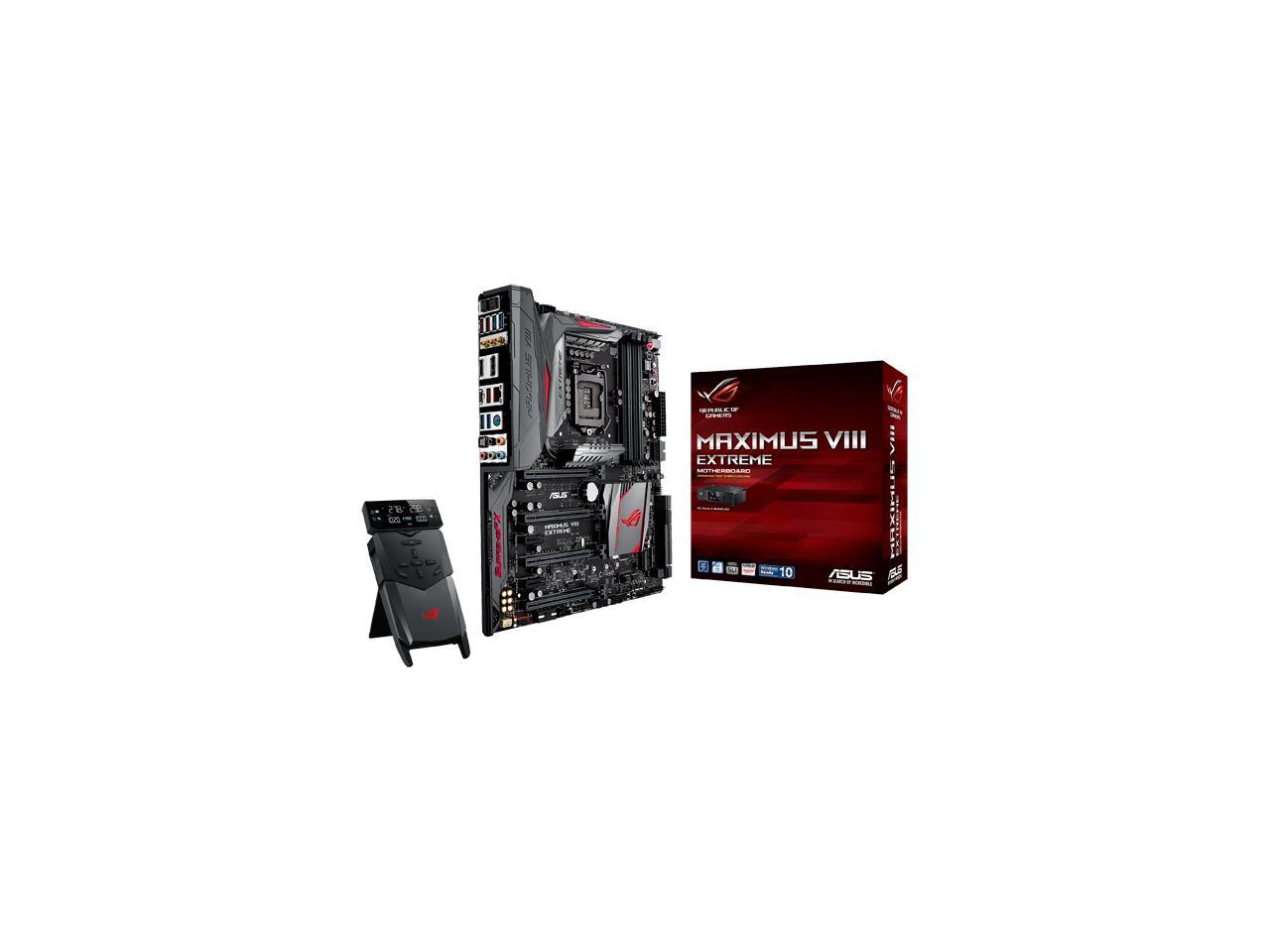 Pros: -Like the title says there is A LOT of bells and whistles that come with this board. -Ive been an avid EVGA board user but i decided to give ASUS a try with this board...was not disappointed. -Looks great -performs great - UEFI Bios - can go from a cold start to Windows Desktop in under 6 seconds with current settings and the NVME drive. -Well done Asus

Cons: - only con I have is the m.2 drive install. Trying to make the Samsung 950PRO a bootable drive for the OS (Win10) was no easy task and took just short of pure luck to get it working steps i took were as followed: **Windows 7 install was much harder then Windows 10 since there was no built in NVME drivers.** 1. fully install Windows on some other bootable drive 2. download the 950 Pro driver off the Samsung site and install it on the same drive as the OS (windows can now use the 950Pro) 3. Use the Samsung migration software (same download site as the driver) and transfer the entire contests of the OS drive to the 950Pro 4. shutdown 5. remove ALL drives including the OS drive, leave the 950Pro 6. boot up and go to the BIOS 7. go to the Boot tab and disable Compatibility Support Module(CSM) 8.Verify under the boot order that "Windows Boot Manager" shows up. 9. With some luck your done and it works.took me 2 days of tweaking to figure out these steps work. if you want other drives just plug them in and use Intels RTS program to utilize them. Cant explain why but If I tried to use them through the BOIS the whole thing would go nuts and I had to start the whole process over. -Also worth noting that if you use the m.2 drive you lose the 4th PCIe slot. I use 2 graphics cards and have never had an issue with not having that slot.

Overall Review: If your an enthusiast builder like myself I highly recommend this board. If this is your first time building a PC you might want to practice with some lesser board first. -Intel Core i7-6700K -Avexir ROG Red Tesla 32Gb -Samsung 950PRO m.2

Pros: Using this with i7-6700k, intel 750 ssd pcie, g.skill F4-3000C15Q-16GRK. Worked out of box. Only had to set XMP in BIOS to set my memory. Tested overclocking with AI Overclock Tuner and it worked like a charm. Haven't yet tried manually tweaking settings.

Cons: OC Panel II - when using it in a drive bay, it's not long enough to latch into my tool-less case. Does not support two way x16 SLI.

Overall Review: I got this board to replace a flaky eVGA z170 classified. Wish this thing was available two months ago, would have saved me a lot of hassle. eVGA never again!

Cons: Cost..but it's worth it.

Overall Review: Initially, I made an error in my review of this product. Let's just say, I was wrong in my initial installation, and did not realize that this mobo requires an additional power cord to the CPU area, basically, a GEN2 power supply (I think it was GEN2). Anyway, initially, I thought I had a DOA mobo, because I couldn't get out of the double 00 reading on the board (the red numbers display when you boot it up. Came to find out through research, that I never ran the power cable to the CPU area, so therefore the CPU wasn't powering up. I had to get a new power supply because my older one didn't have the extra extensions for the power requirements. Once this was changed out and configured, the system came on instantly, and I haven't had a problem yet. It's very stable and runs strong. I haven't had any performance issues at all. I haven't even had time to check/work all the features this board has, but eventually I will. This is my third ASUS Maximus Extreme mobo I have used in the past 10 years, and it is the best one I've seen so far. 7 months going, and no issues at all.

Pros: This is a top of the line board, and so far I love it. The WiFi came in very handing as I was putting this together on my dining room table. I used the AI Suite III's 5-way Optimization to OC the board the first time, and with my Thermaltake 360 water cooler I got 4.8ghz on the first try. This was just a quick 'test' overclock though. Windows crashed with a blue screen saying 'Registry Error' about an hour later. So, I removed the OCing. But I think the crash was due to an error that I saw in my Device Manager with a USB driver, which said it had a Registry Problem. So, I am hopeful to try an achieve that again after I fix that..

Cons: My only big problem with this board is with the WiFi Receiver. It has these itty-bitty, teeny-tiny gold plugs that are impossible to plug into the back of the mobo without using a pliers. Plugging them in while building this on my dining room table was not too hard, since I had easy access directly to the back of the mobo. But it took enormous pressure to get them to snap in. Now that I've had this all built, hard wired to the net, and at my desk for a week, I decided to unplug the WiFi receiver and store it away. Again, the connectors were very difficult to unplug. Impossible is more accurate. Using a pliers again, I pulled and pulled. I twisted while pulling. I wiggled back and forth while pulling. Finally the first one popped out. But the other two connectors did not come out. The wires pulled out, and the gold connectors are still in the board. I'm hoping for a replacement with the 30 day warranty at Newegg, because Asus said they do not warranty their accessories.

Overall Review: I like this board, and hope I get a new wifi receiver. I will pull those other connectors out the next time I take my pc out from my desk to work on it so that I have good access for leverage to the back.

Pros: Has TONS of power to OC The BIOS is so easy to use, even a caveman can do it (lol) Massive amounts of features

Cons: This is not a huge issue, but hate that I am forced into a color combination - would like to see add on applets for the casings to make it match my preferred color scheme more. WiFi adapter in rear has plugs that are a bit small.

Overall Review: This was bought to upgrade my old P8P67 Rev 3.1 build (and i5 2500k). The whole process was simple and easy, the board has a ton of power to overclock my Skylake i7 6700k to 4.5 on the second boot. I really love the BIOS interface, and the BIOS update, reset and boot options that are actually outside the actual case. It makes updating and rolling back (if needed to) really easy, and takes a lot of the worry out of the process.

Cons: PCIe slots are cramped, Asus 980 Matrix video card is almost touching the Ram and required extra force to post. If you have a card in the 2nd or 3rd slot the ROG eye which looks great will be covered up

Overall Review: My first build from scratch, had some difficulty booting to bios the first time and calls to Asus tech support were counterproductive. Once i got it running i couldn't be happier.

Pros: The motherboard is gigantic and will allow for many future upgrades to come. The WI-FI adapter that comes with comes in handy. The OC panel I installed in the 5.25" drive bay for easy access. Once the software is installed it perfectly overclocks your processor. The OC panel also allows for easy fan speed control. The motherboard has awesome lighting that compliments my cooler master HAF X case's lighting. I didn't buy a video card but the motherboard has onboard video so that saves money while still allowing expansion. The USB 3.1 A+C connectors are hella fast and work perfectly. I was debating this or the MSI Gaming Z170. I am glad I went with ASUS instead. There are more SATA data connections than I know what to do with.

Cons: Be careful when installing heatsink/ watercooler. I installed Corsair Hydro Series H50 watercooler and spent over an hour trying to figure it out. The key is to install the backplate on the back of the motherboard then thread the torque screws into the slotted holes. Also the SATA data ports are slightly difficult to reach when in the case which luckily they provided a few SATA data cables with a 90º bend so they can still be installed.

Pros: I've had my i7 6700k OC'd at 4.6 for a couple of months now and it's performing flawlessly. My Coolermaster GTS V8 heatsink keeps it around 30 degrees C idle. The bios is about as good as I've seen and very easy to overclock. I've been playing Fallout 4, Batman: Arkham Origins and Crysis 3 with a gtx 980 ti with all the settings at ultra and it this system blows them all away. It's really nice to be able to monitor the cpu temps while playing using the OC Panel which are usually around 50 to 60 degrees The audio on this thing is awesome. My old system had a Creative Sound Blaster, which sounded pretty good, but on this setup even without a separate sound card added this mb is considerably better. The audio software is kind of basic but, like I say, the quality of the sound is so great that this is not much of a concern imo.

Cons: The overclocking software, AI Suite 3, unfortunately, is a total disaster. For about the first month or so I kept having system crashes with an error message that said, "Power surges detected during the previous power on. ASUS anti-surge was triggered to protect the system from unstable power supply". Turns out there was nothing wrong at all with the psu. I finally found a community thread that said it was caused by this software. After I uninstalled it the issue completely disappeared and hasn't been a problem since. Which is really unfortunate since this could be some really great software because it allows you to tweak the system in just about every conceivable way. In any case, using the bios is almost as easy so not that big a deal.

Overall Review: If it weren't for the almost harrowing experience I went through trying to get to the bottom of the "power surge' issue I would have given this five eggs. I just wish Asus would finally do something about it: it's notoriously buggy and about the only thing I have against this otherwise great brand.