Feel 100% satisfied with your purchase -- with no restocking fees & no return shipping costs* within 30 days of delivery. Learn More
Price Alert
Add To ListFound on 323 wish lists 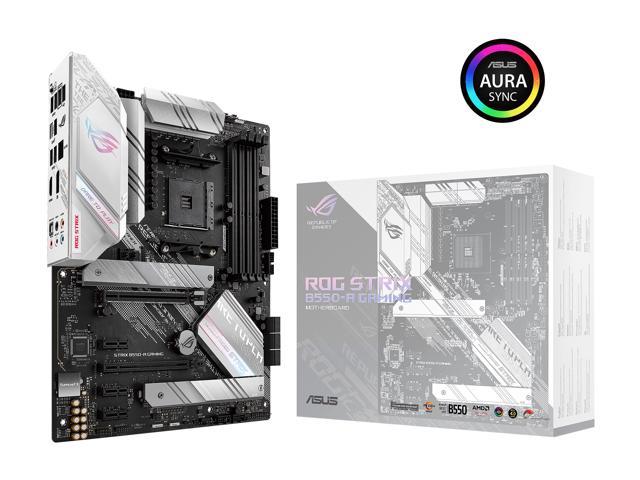 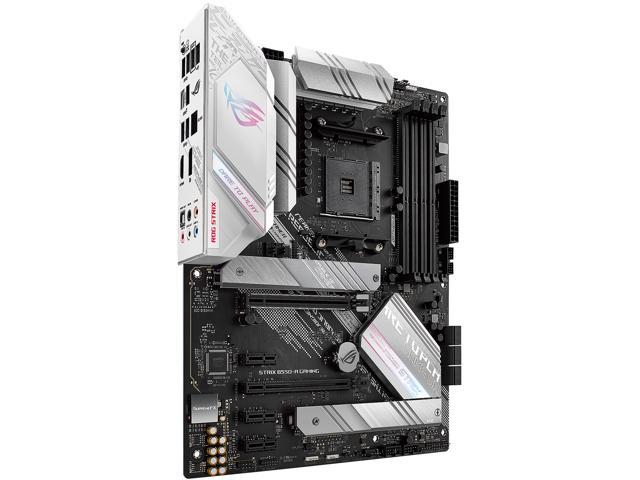 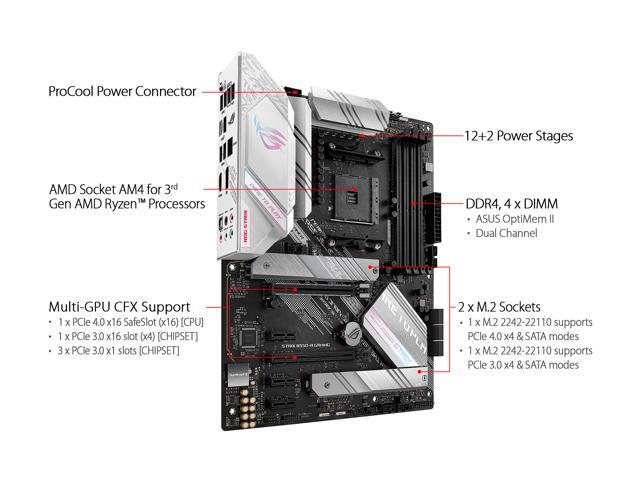 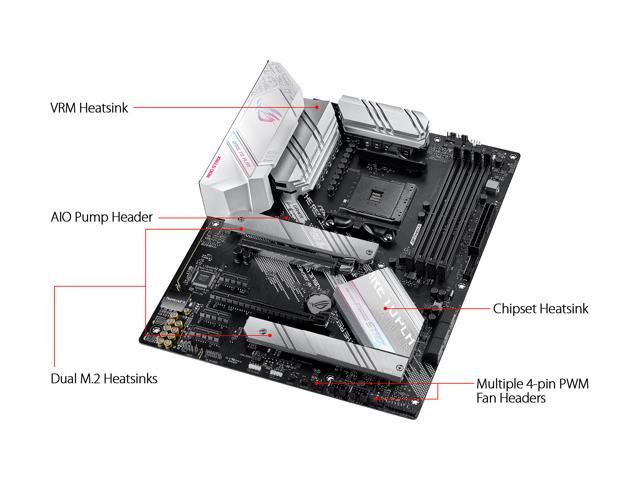 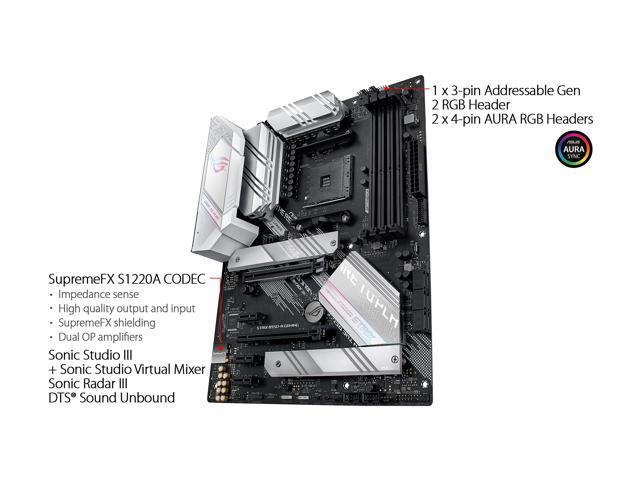 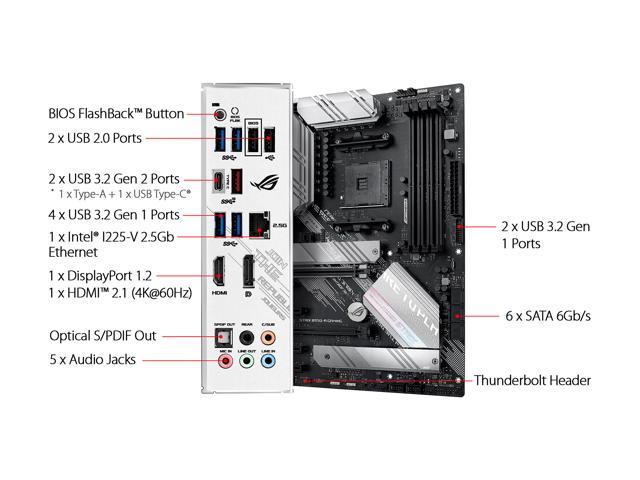 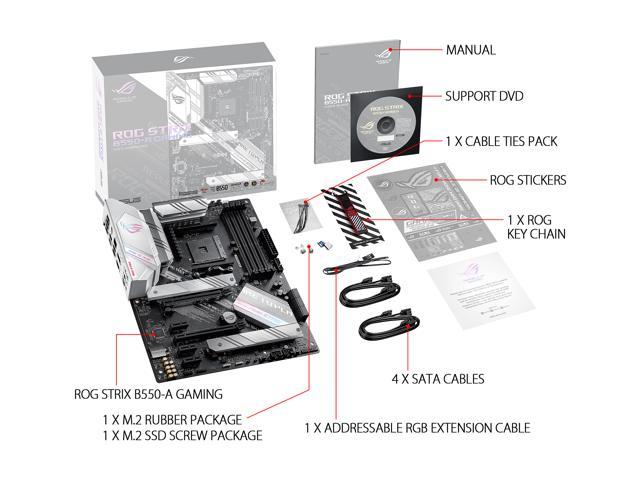 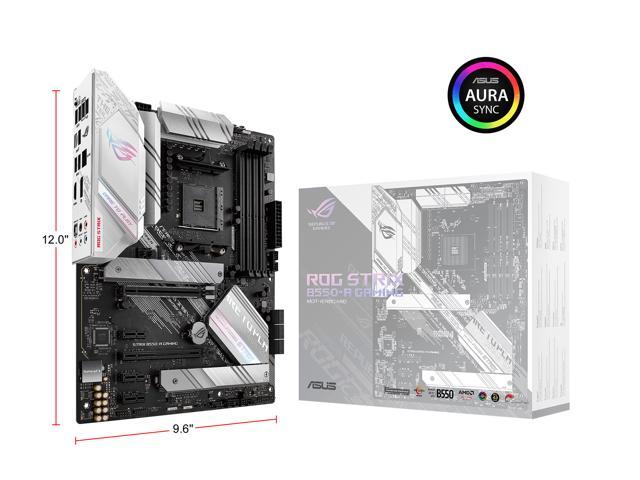 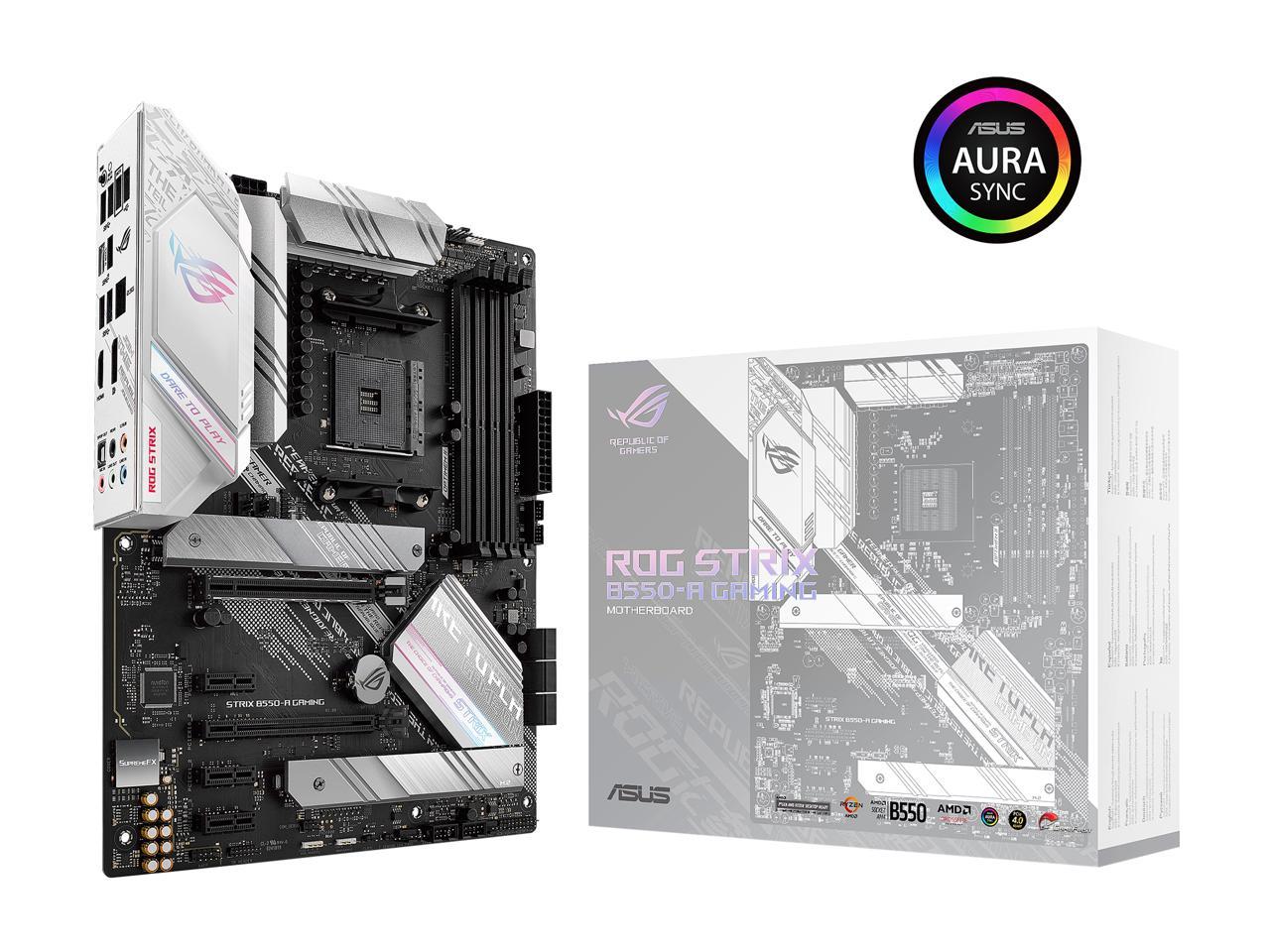 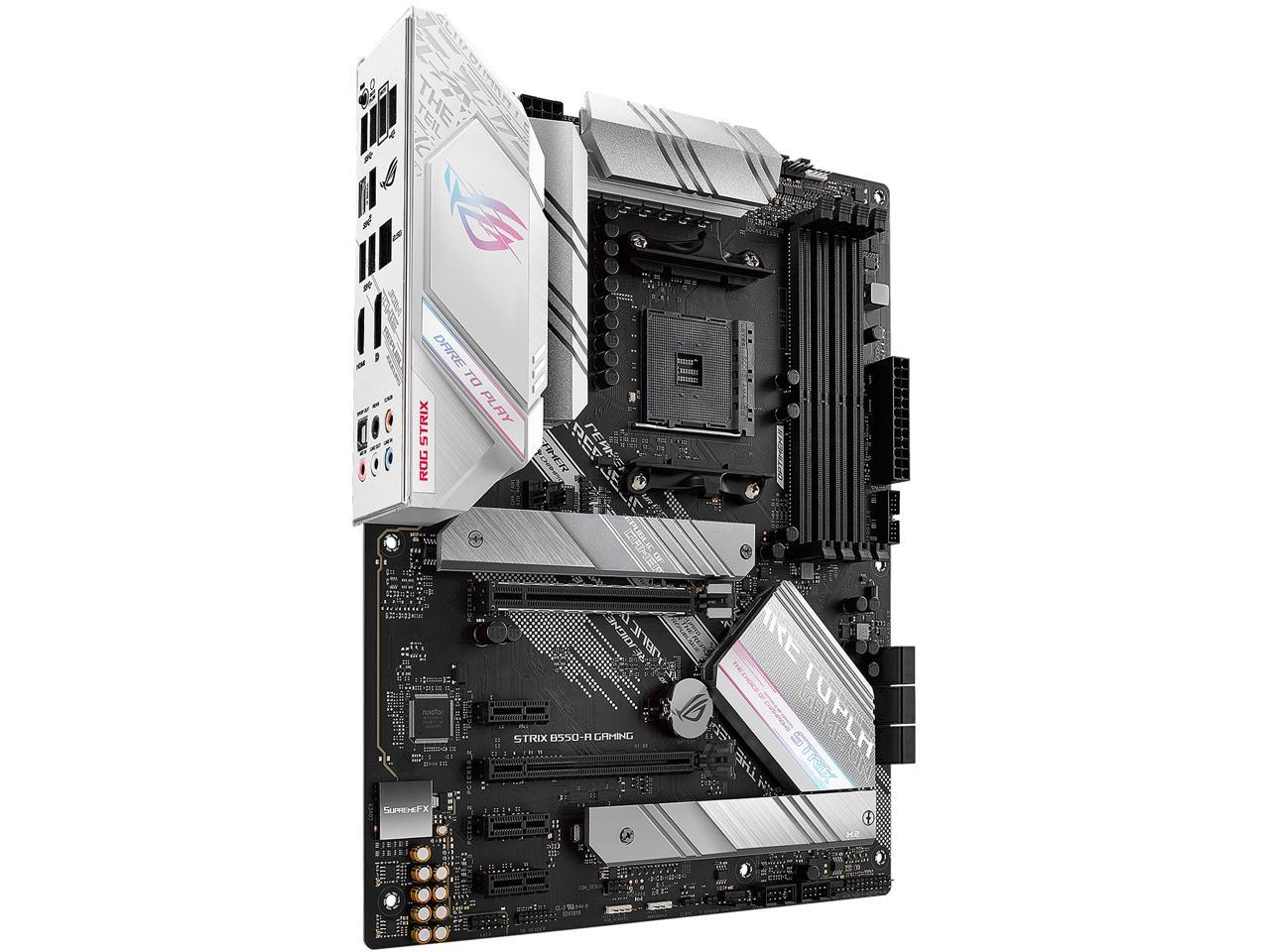 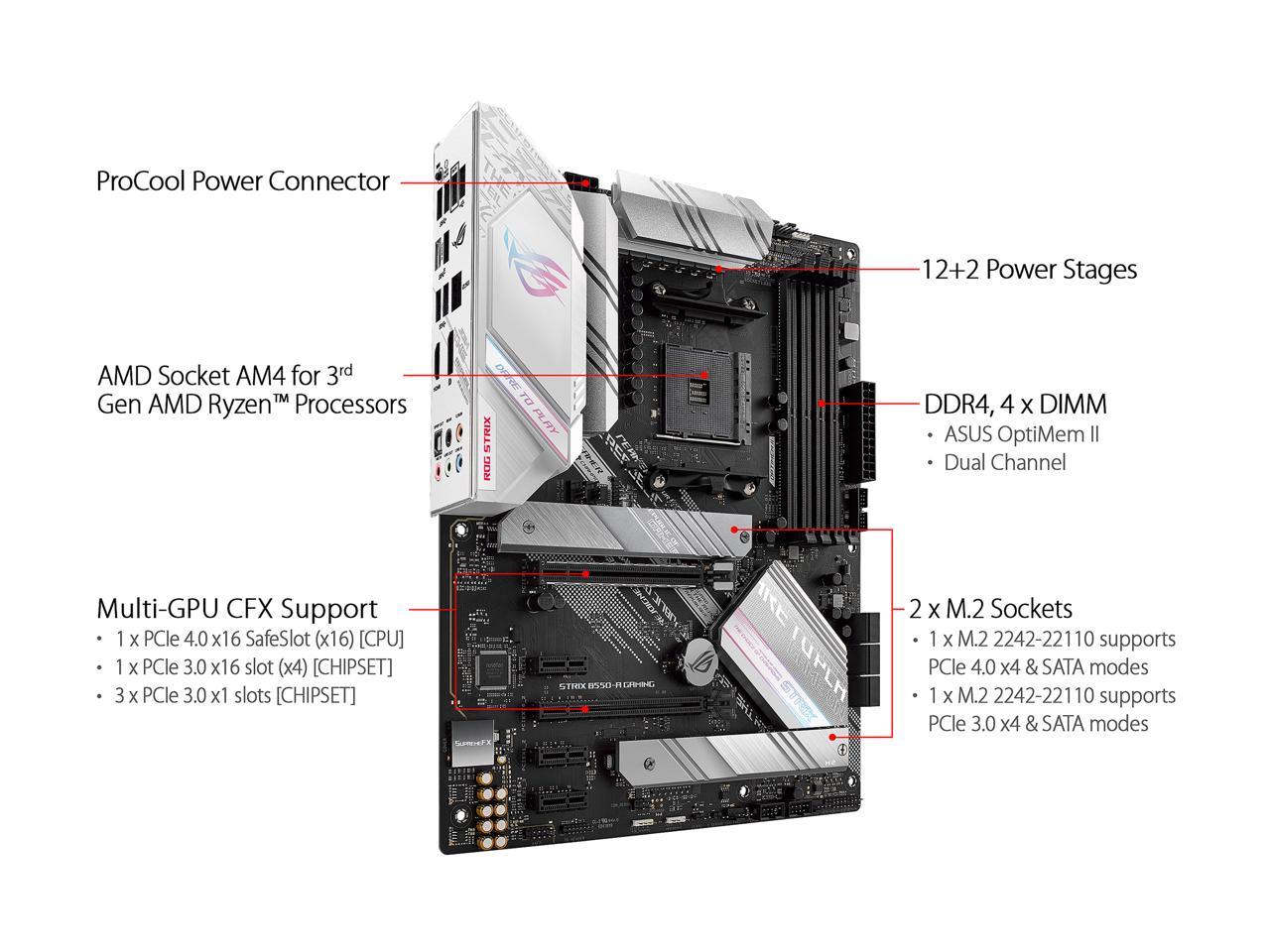 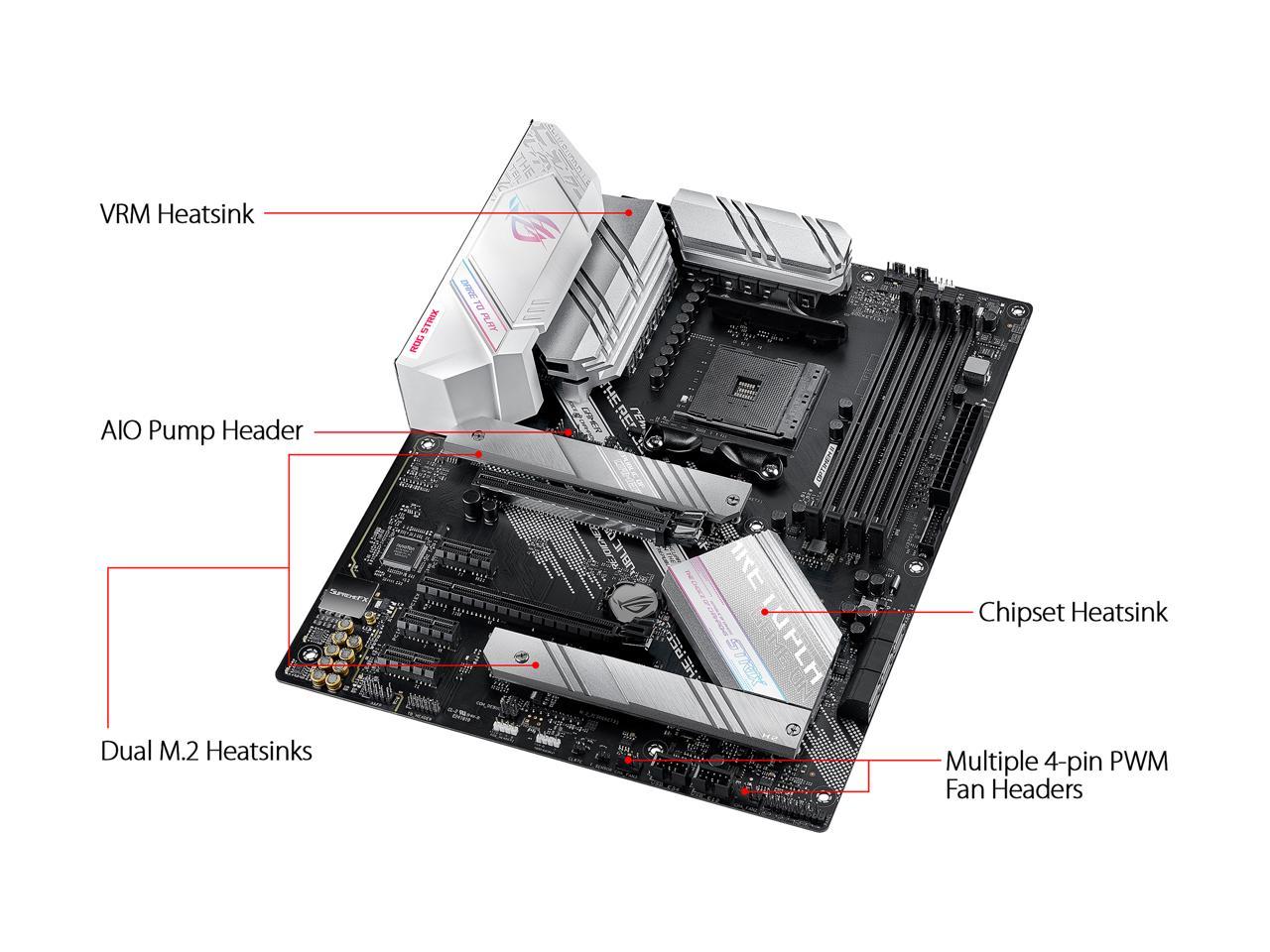 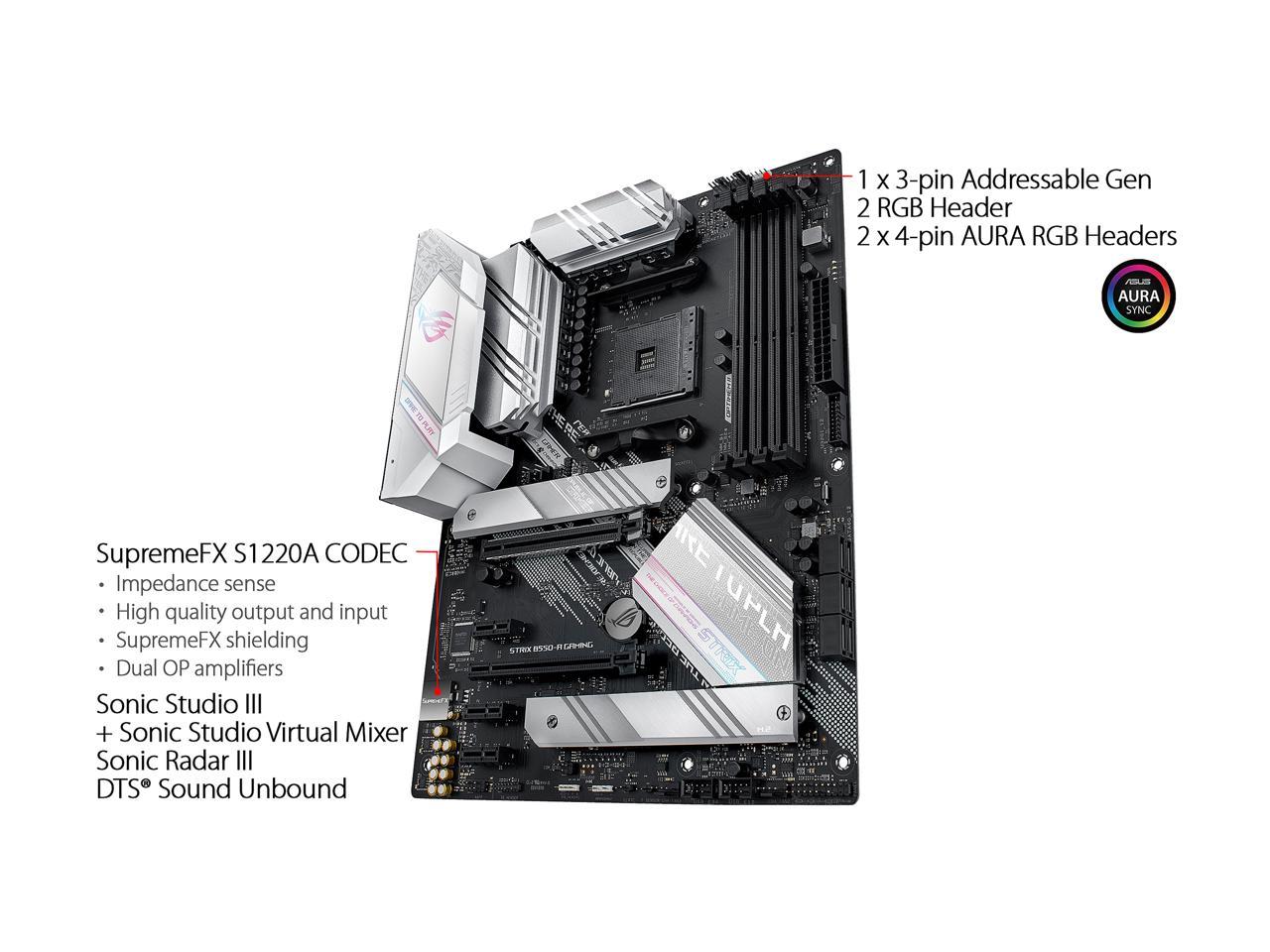 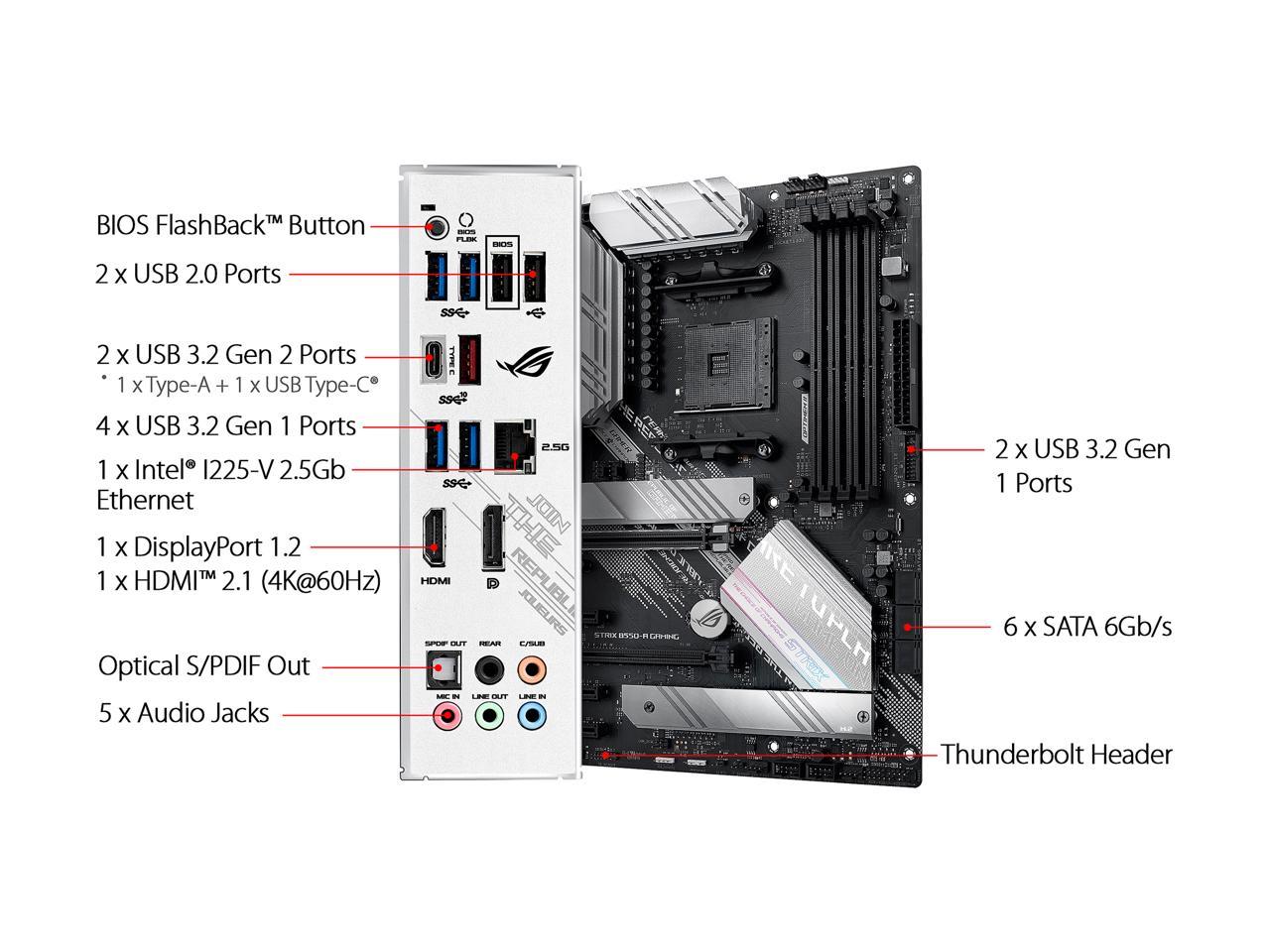 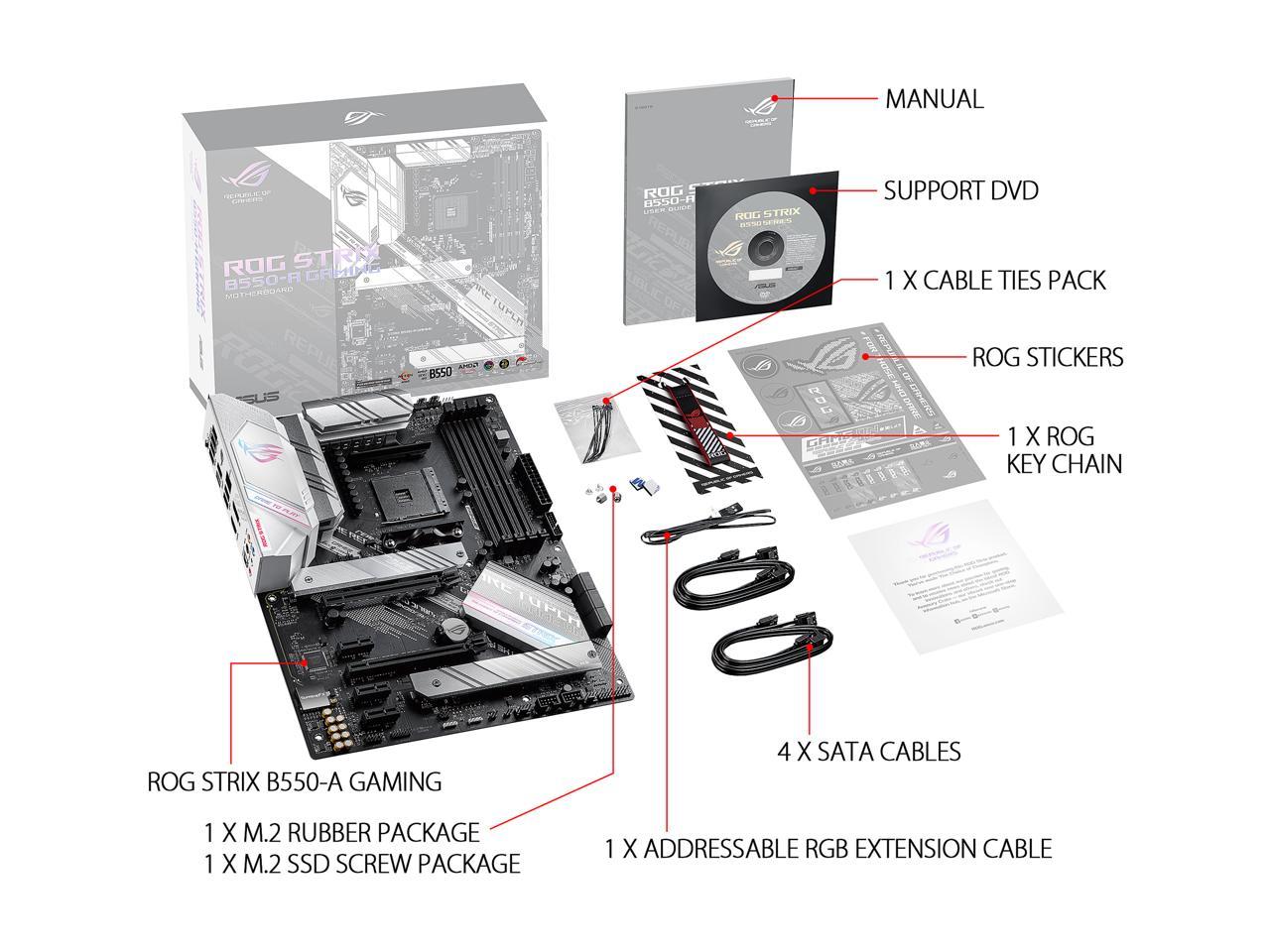 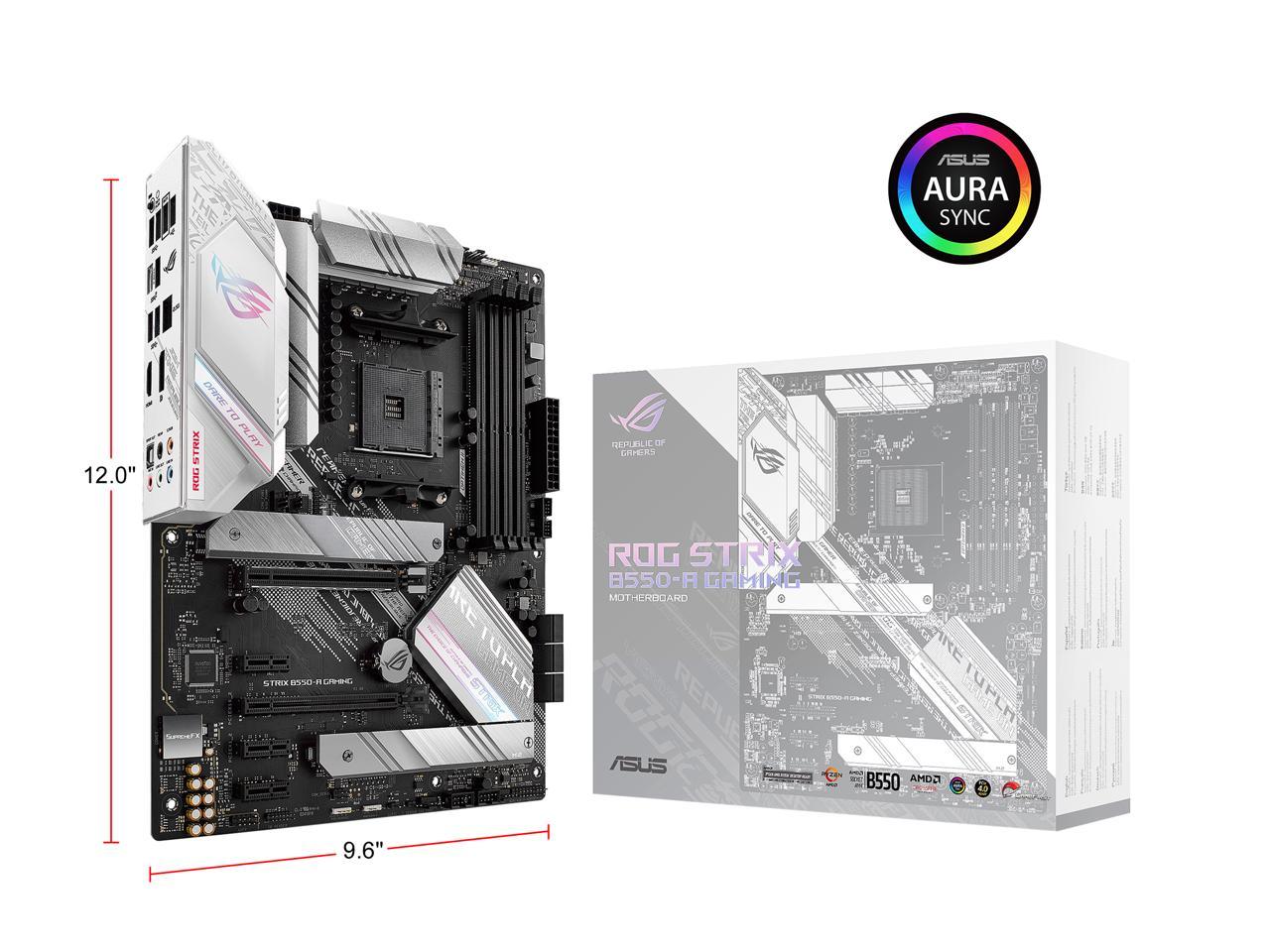 Overall Review: I've had nothing but issues with this board since I got it. Ironically, the bad Intel NIC everyone seems to have an issue with has been the most reliable thing on this board for me..The issues first came up a day after I installed the new MB in my system, when I was playing a game and my PC just shut off, without warning. After 3 seconds it rebooted itself into Windows like nothing had happened. I thought that was odd and proceeded to try to game again, and it happened again.First thing I did was re-seat all my components. I then ran a CPU stress test as well as MemTest86, and everything came out great. I then tried to game again and again, the PC simply shut off and rebooted after about 5 minutes of gameplay.Next thing I did was use a different PSU, thinking perhaps it was a power issue. Installed the new PSU and again, the PC would shut off. After a few days, a new BIOS version came out and I immediately updated to it thinking that it may fix these instability issues I was having.. but it unfortunately did not. Now, after that update, I am having issues where the PC will shut itself off multiple times when started from a complete off. Watching the PC, it will start up and all the fans will be full blast, then it will run for 10 seconds and shut off, then after a few seconds it will restart. After doing this cycle, the LED for the RAM will light up indicating an issue with the RAM.The only way to break that loop that has worked for me is to completely unplug the system, turn off the PSU, hold the power button to clear any residual electricity and then plug the PSU back in. After I do that, the PC will start normally. My only conclusion is that the motherboard is faulty, as every component I have has been checked as well as ran in another system. The CPU works great, the PSU is brand new (tried 3 PSU's in total) the RAM cleared MemTest86 as well as is on the QVL for the board AND worked great on an old Gigabyte board I use to test components, the SSD is fairly new and in good shape according to the Sandisk SSD health check and my GPU works flawlessly without issue. That leaves the motherboard as the only piece that I can possibly think of that is having an issue, as I have checked all other components pretty thoroughly.. the sad thing is, once it does start the PC will work fine while doing any task besides gaming, the whole reason I built it. I can run stress test after stress test, brose the internet, watch movies, open 20 Chrome tabs, and not have an issue but once a gaming load happens the PC just says "nah, I'm out" and shuts off. Incredibly frustrating as my other Gigabyte B550 board has worked without issue for over a year now, absolutely flawless and now this, more expensive board, completely baffles me In fact, the only reason I got this board was because it's one of the very rare white themed board, the other being the Gigabyte Vision D which is wayyy more expensive. Starting to think I should have saved for it..

Manufacturer Response:
Dear Jordan S, Thank you for bringing this to our attention and I certainly understand your frustration. Please know that all ASUS products undergo intensive quality control testing and final inspections for both hardware and software before we release it worldwide. ASUS provides warranty for the unit in order to fix or repair any isolated factory escape defect. If you haven't done so, please try adjusting the pressure between your CPU and CPU cooler. You can also try re-applying your thermal paste to ensure your system is properly being cooled. If the issues persist, feel free to contact me if you have any technical or general questions. You can reach me at cl-adrian@asus.com. Your case for reference is N2104049357. Thank you for choosing ASUS! Best Regards, Adrian ASUS Customer Loyalty – US Support
Anonymous
Ownership: 1 week to 1 month
Verified Owner
Horrible motherboard due to Intel Lan 1225-V Chip11/28/2021 12:14:28 PM

Overall Review: If you buy this motherboard you will always get disconnected from the internet and when it does work if you have good internet it will be more than 50% slower than what your speed should be. This is very well known that many B550 Strix motherboards with this Intel 1225-V lan chip will have these issues. I wound up buying the B450 Strix II and stopped pulling out my hair. The B550 F Strix has the same chip and same issues. Installing the lan driver does not solve the issue. ASUS is selling you a product with major flaw. If you dont care about internet speed or connection reliability through wired internet than this motherboard is a good board.

Pros: Worked out of the box, even with a couple scratches on a side.

Overall Review: Sent it in for service (under warranty). Rejected based on the two existing scratches. Claimed way more than the cost of the mobo for repairs. What a ripoff!

Manufacturer Response:
Dear Torchild B, We certainly understand your disappointment and the inconvenience this may have caused you. If you can, please send me any associated case numbers during your time with ASUS Support so I can do more research on the case history. I want to make sure to review the information with the Management Team to avoid these issues going forward. You can reach me at cl-adrian@asus.com. Your case for reference is N2101081466. Thank you for choosing ASUS! Best Regards, Adrian ASUS Customer Loyalty – US Support
Vincent L.
Ownership: 1 month to 1 year
Verified Owner
Beautiful, full featured motherboard8/13/2021 8:21:18 AM

Pros: This product looks great and has a great set of features for mid range price.

Cons: I wish the PCB was white instead of black just to complete the white theme I want.

Overall Review: This is a great mid-tier board that is solid in features and looks. Unless you have the need for multiple PCIe gen 4 there is no need to go to an X570 chipset as this will supply all your needs.

Overall Review: One of best bang for the buck motherboard that is white. Ive been waiting for this motherboard for awhile and I am happy with it so far. The rbg software aura sync needs some serious work, but otherwise, the white and silver accents make up for it. Says its only able to support up to 2666 Mhz, but Im able to run 3600 migahertz ram. manual is easy to follow. Not to mention the lan speed on this motherboard is 2.5Gb so its very fast.

Cons: no usb-c header for the front panel if you have usb c on the case

Overall Review: great product if you have no need for usb-c on the front panel, but you might be a bit disappointed if you do.

Winter
Ownership: 1 week to 1 month
Verified Owner
Aesthetically pleasing, beginner friendly, though cable management can be tricky depending on your case9/17/2021 7:15:26 AM

Pros: - The white/silver heatsinks make this an ideal board for any white/silver aesthetic build. - Preinstalled I/O shield is a godsend; no more finishing a build and then realizing you forgot to put the I/O shield in. - BIOS Flashback makes updating the BIOS a cinch, even on a new build. Especially helpful if you're planning to use a 5000 series Ryzen. The motherboard box came with a sticker on it that said "AMD Ryzen 5000x Desktop Ready", but to be safe I went ahead and used Flashback to update the BIOS anyway (actually I didn't notice the sticker until after I updated the BIOS lol). Super easy to use; no need to install CPU or RAM, you only need to connect the main 24-pin to your power supply. - Comes with stickers. If you have kids, they'd probably like that. Kids still love stickers, right?

Cons: - Doesn't have a USB 3 gen 2 header, instead uses the awful gen 1 USB 3.0 header, so if you plug a connector into it, it might be a permanent installation. Second-worst connector type in PCs by far (the worst being Molex). - The LAN drivers need to be installed, which means you need another device that has access to the internet to be able to download the necessary drivers. This was not an issue for me personally, as I got this motherboard as an upgrade to my existing rig so I downloaded the drivers beforehand, but this may be a problem for a new builder that doesn't have any other device to obtain the drivers. There is a disc included in the box, but this appears to be a support DVD and likely does not contain any drivers. - One of the case fan headers (CHA_FAN1 specifically) is almost right in the middle of the board, which is a very suboptimal place if you're trying to have as few wires visible as possible. There are also no fan headers on the right-side edge of the board, which was a problem for me because neither of my two case fans had a cable long enough to reach the two headers at the bottom. However, this was easily remedied by purchasing some inexpensive extensions. - The height of the VRM heatsinks blocked most of the cable route opening at the top of my case, making the cables that needed to go through that opening a little harder to manage. Not a major issue, but it could make your cable routing a bit more awkward depending on your case.

Overall Review: A great choice for either a new build or just an upgrade. Probably worked right out of the box with my Ryzen 5600x, but I didn't bother to check and just upgraded the bios anyway. The white/silver heatsinks make beautiful accents for just about any build. If you're planning to put this into a more compact case, be prepared for some small challenges in cable management.

Overall Review: Highly recommended I was forces to buy a new mobo after my old one was fried in a power surge so I took a gamble and ordered this one and glad I did its got advanced easy to use bios and after I got it my friends saw how good it was and how I liked it and upgraded to this board to and they liked it too