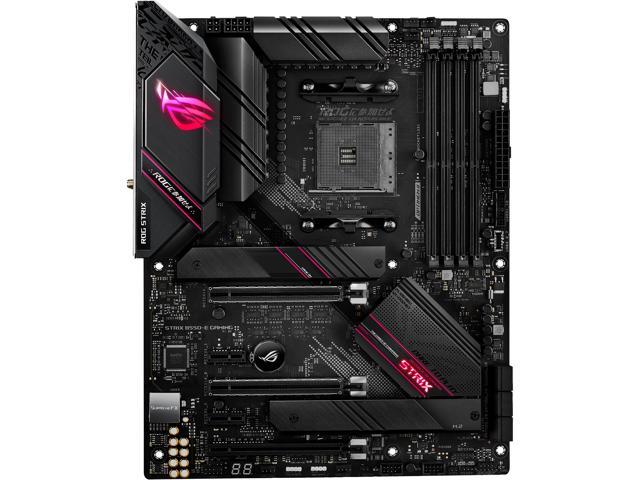 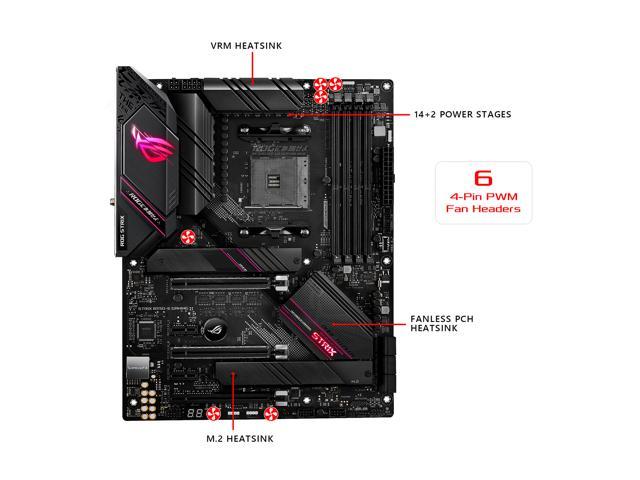 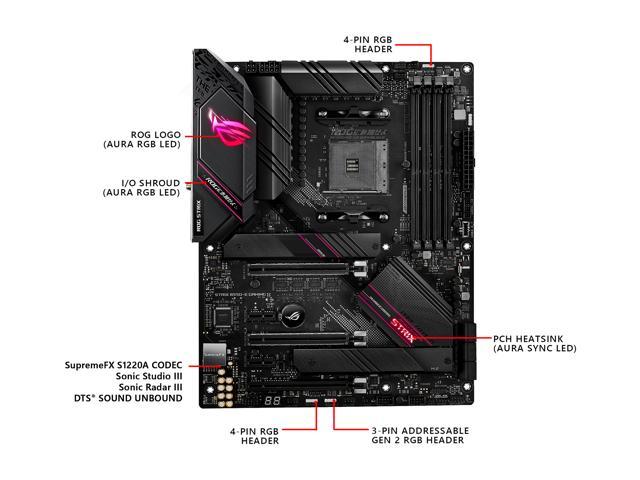 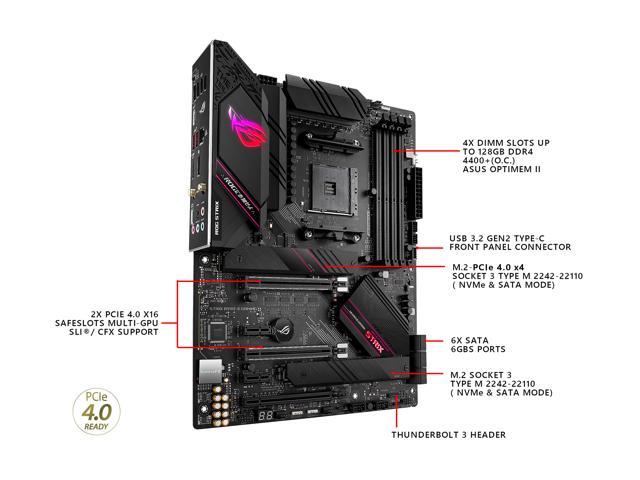 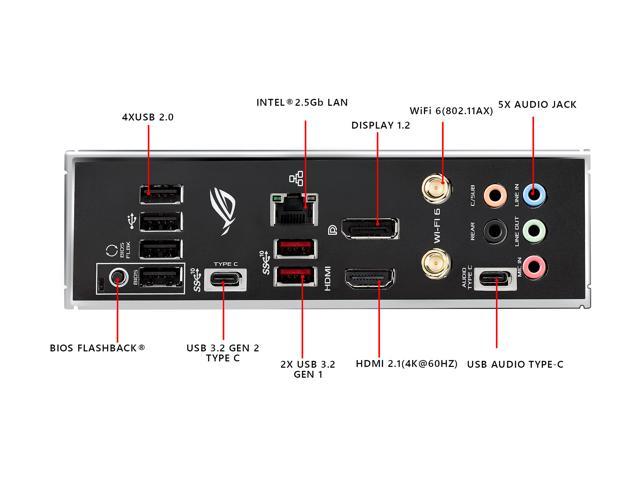 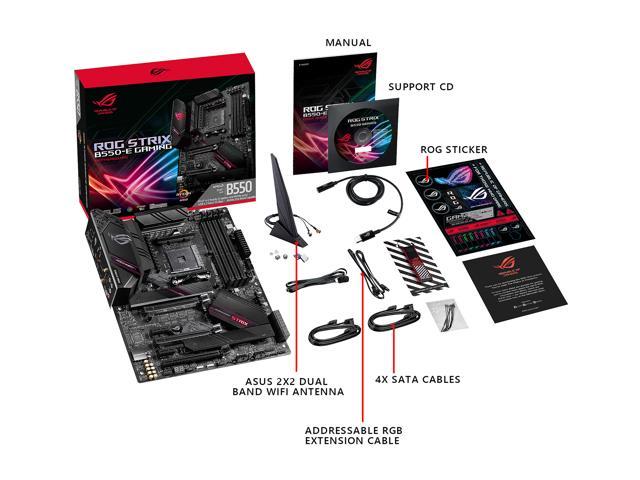 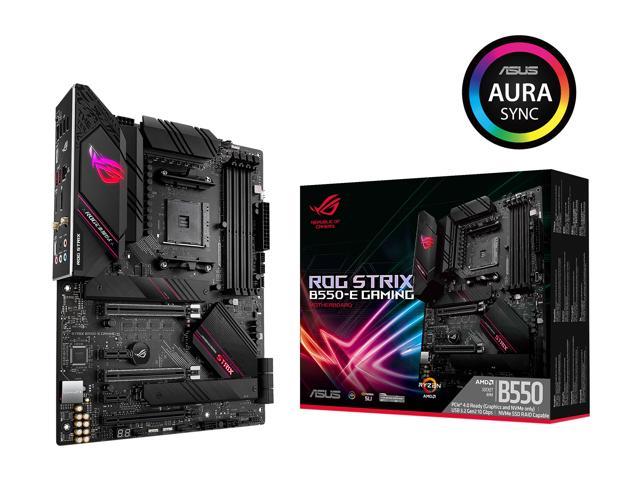 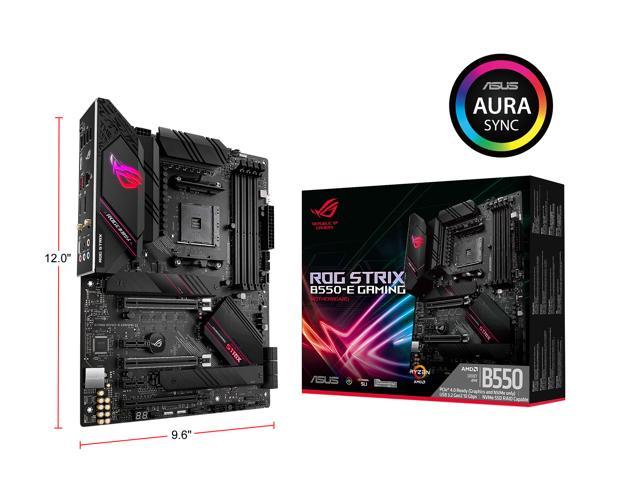 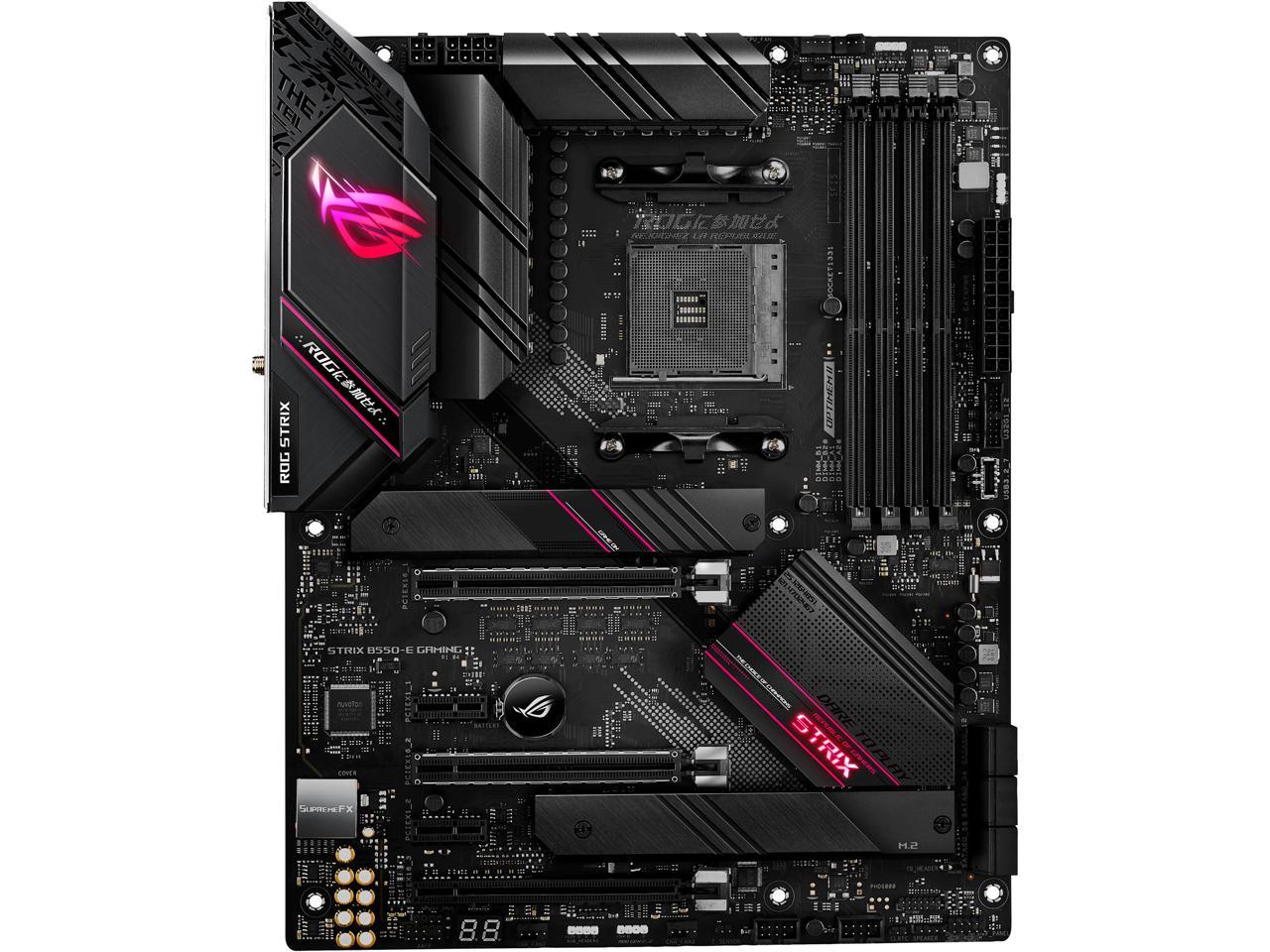 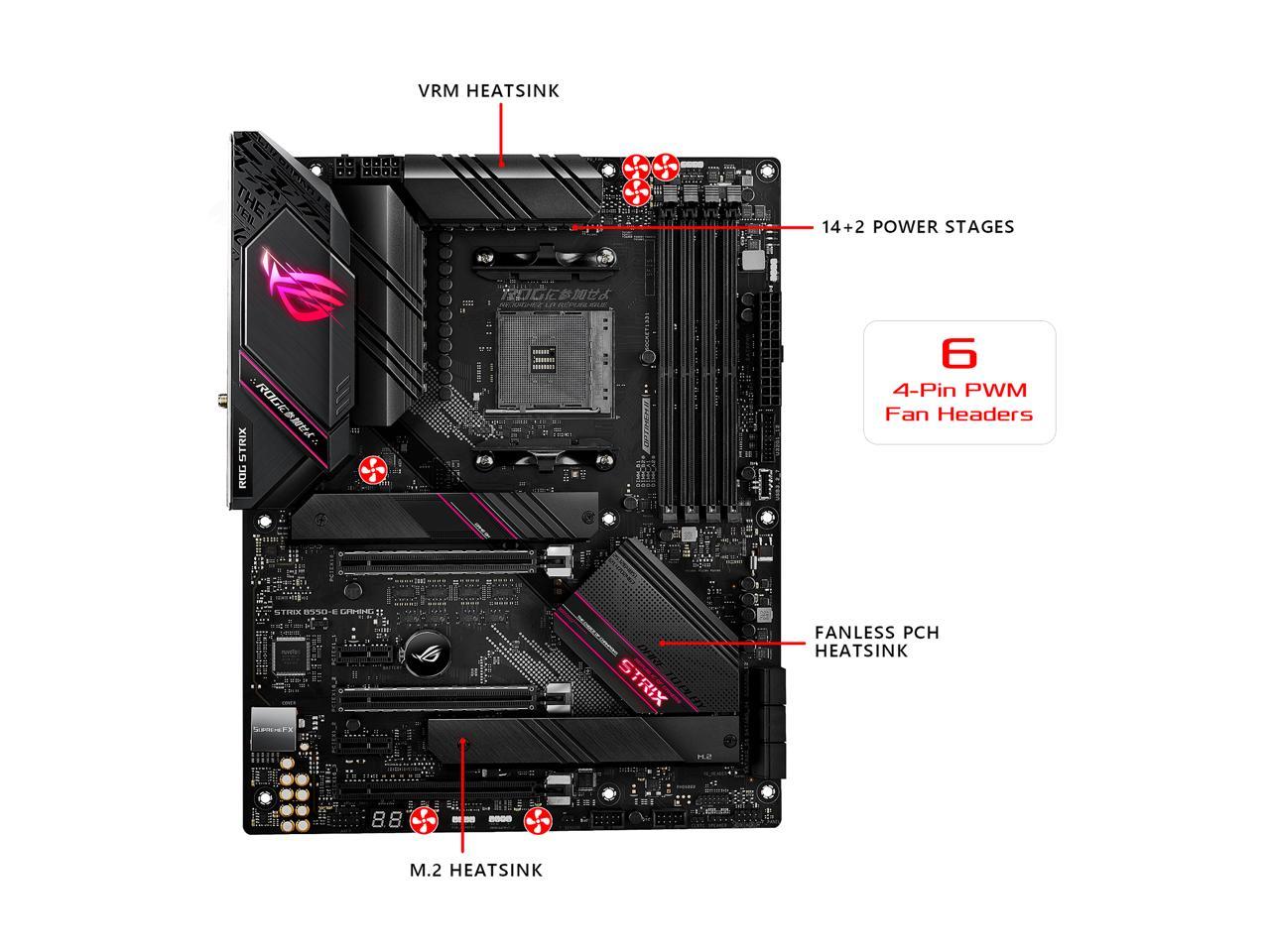 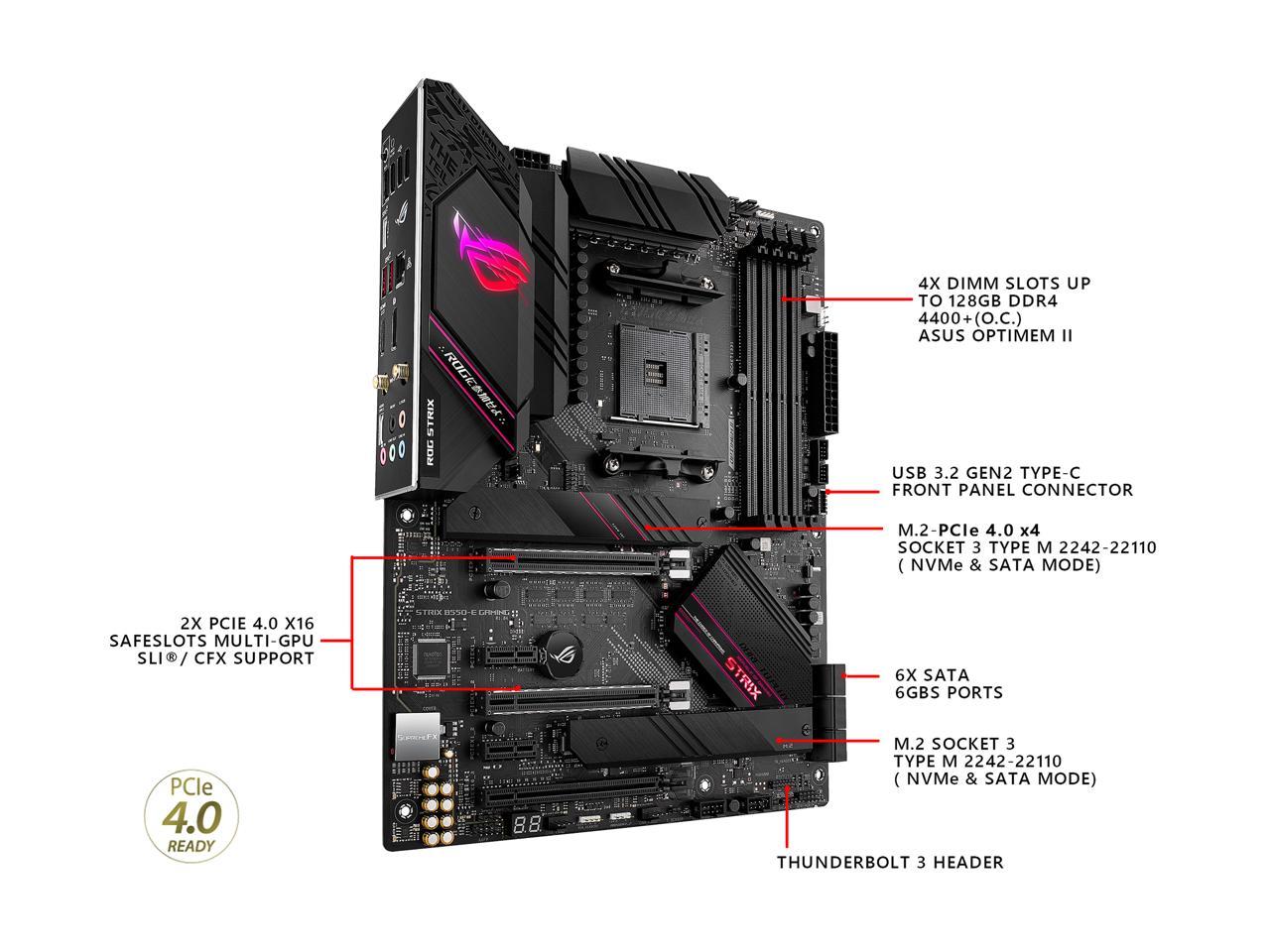 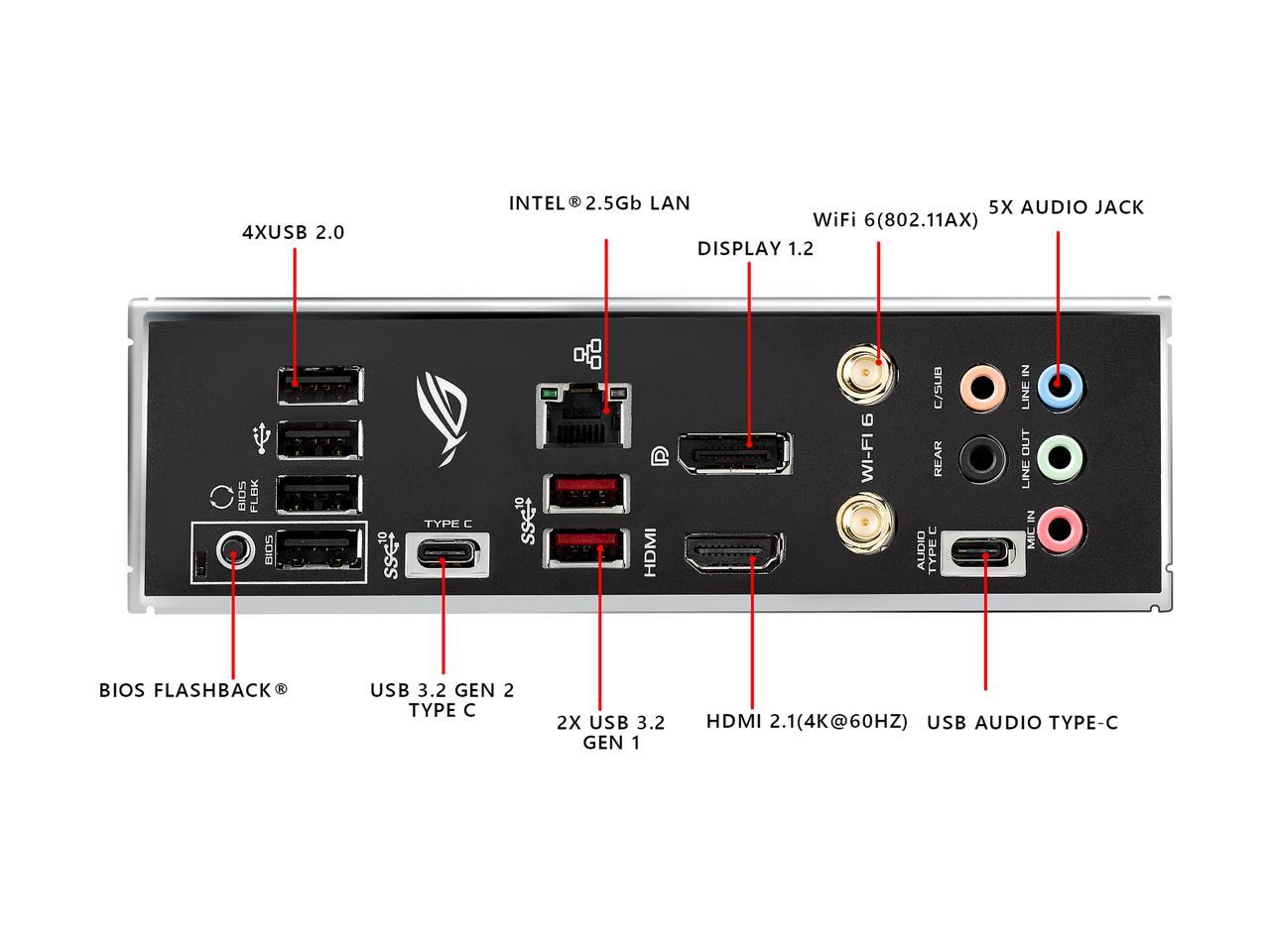 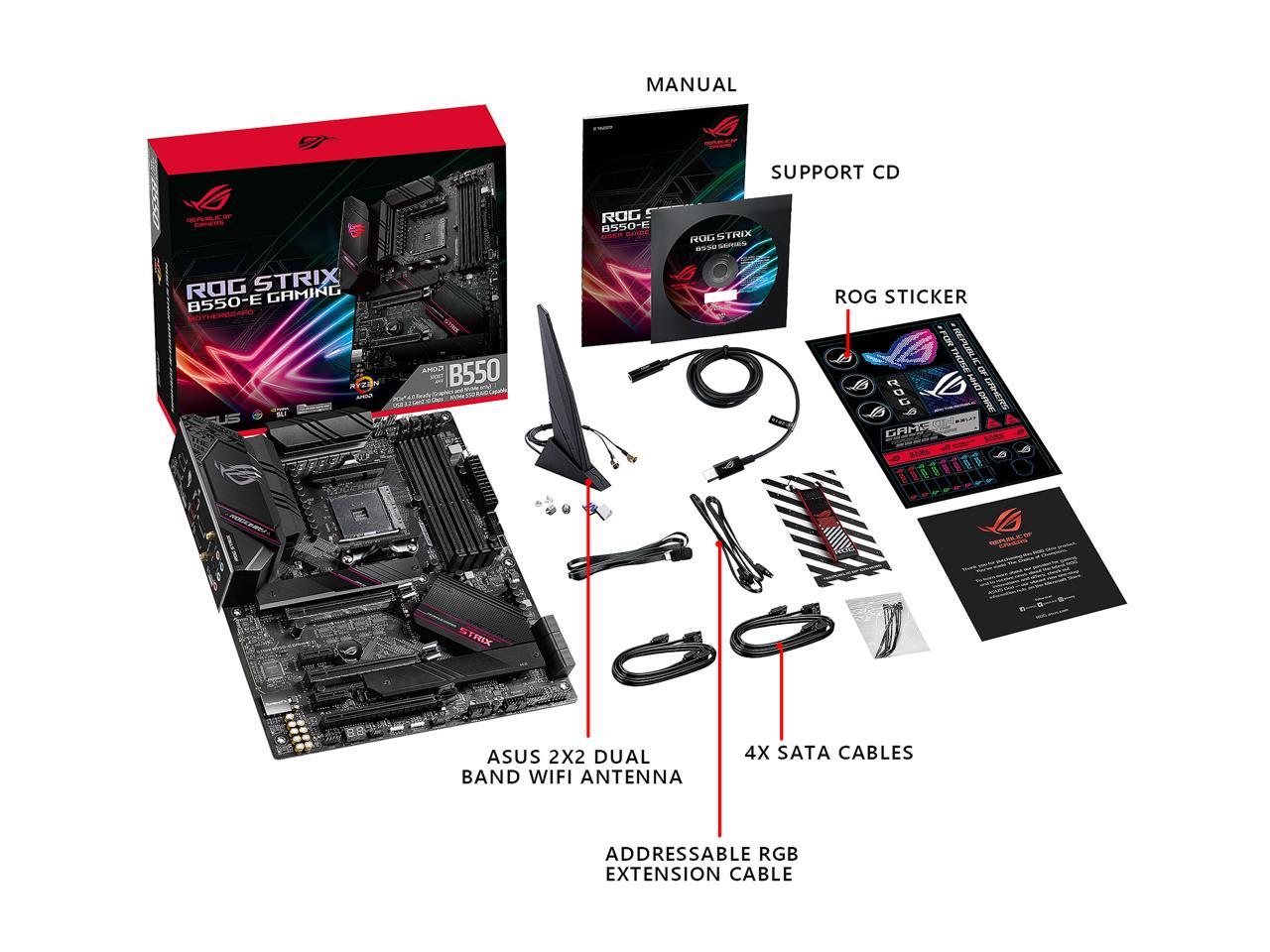 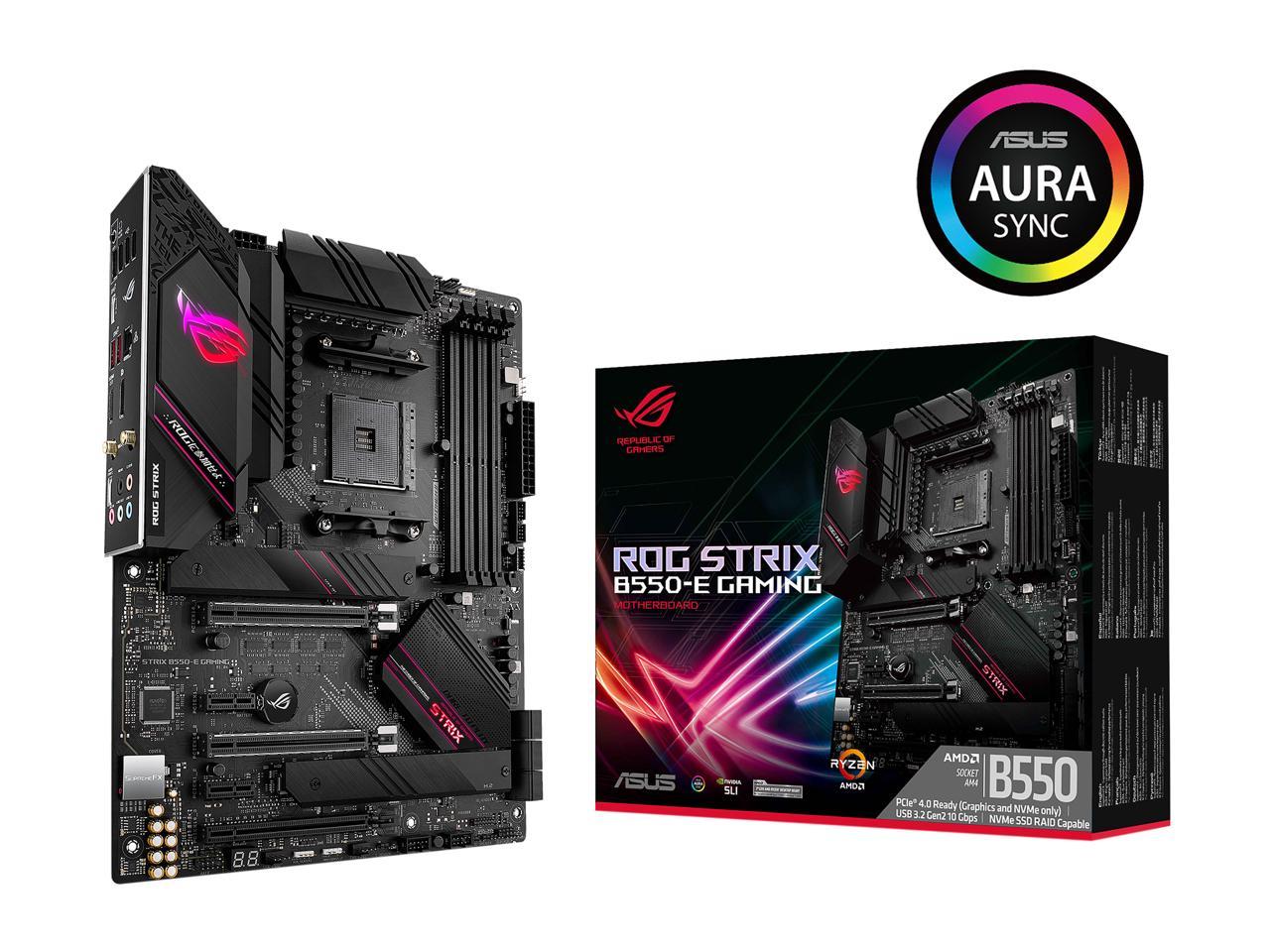 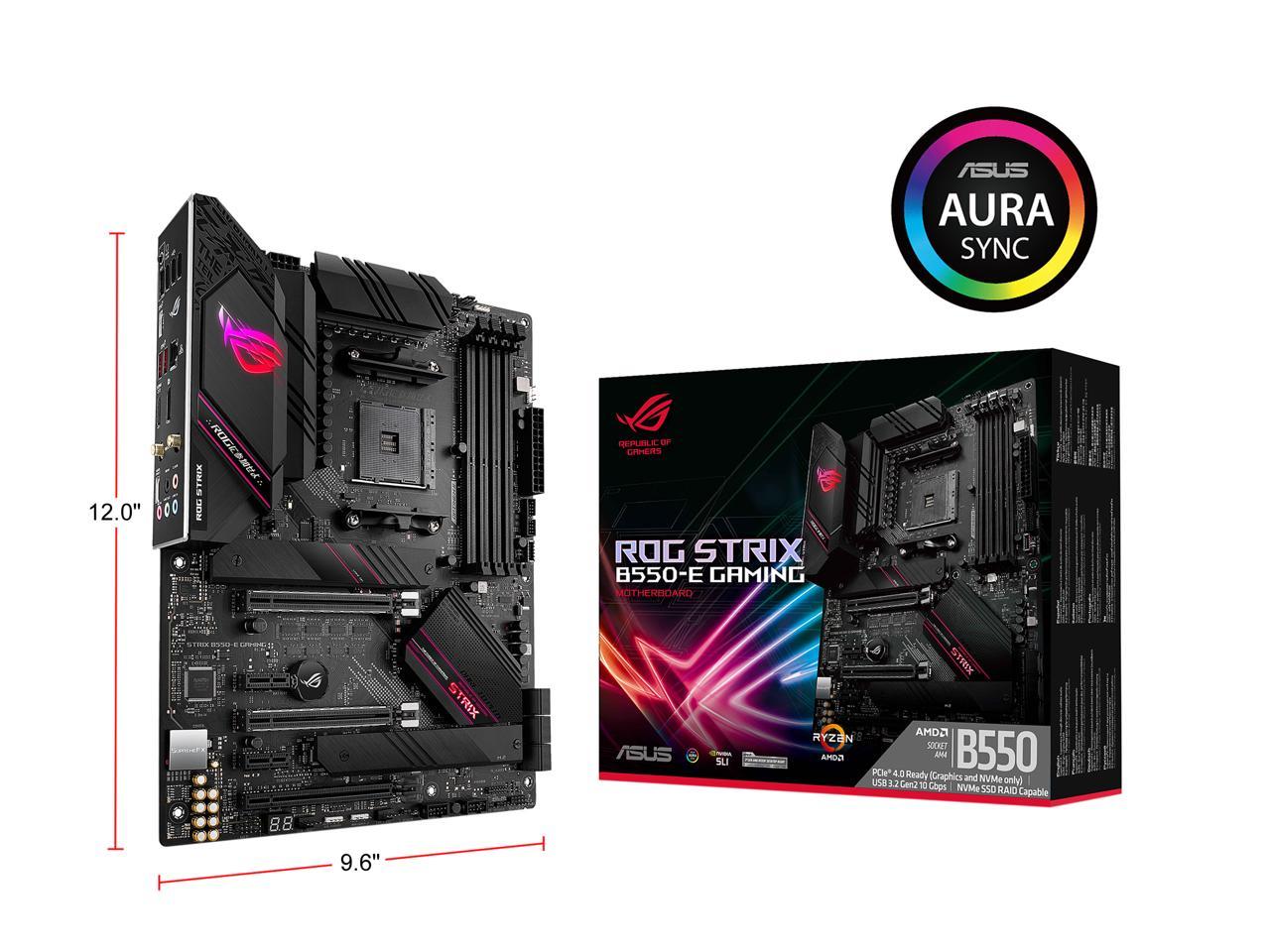 Cons: - I am running into an issue with the USB drives on this board that is resulting in a terrible user experience. USB ports will randomly be shut on/off and in particular the AMD USB 3.10 eXtensible Host Controller will crash and report Windows Error Code 43. I have tried multiple BIOS versions (1202, 1401) and the issue persists. This issue has been reported in other reviews (on this site and others) and I am in the process of requesting an RMA via Newegg.

Overall Review: There are some great features on this board but the not enough to overcome the frustrations created by USB ports failing. There are simply too many things that rely on USB these days to accept anything less than stability in performance there.

3 out of 3 people found this review helpful. Did you?
Manufacturer Response:
Dear Andrew G, It's very unfortunate you've encountered UISB issues with your motherboard. Please make sure you're using the drivers, for more detail please refer to the provided link*. You can also try checking if there are any error messages in your device manager. If the issues persist, feel free to contact me if you have any technical or general questions. You can reach me at cl-adrian@asus.com. Your case for reference is N2012032602. Thank you for choosing ASUS! Best Regards, Adrian ASUS Customer Loyalty – US Support

Pros: everything you would expect out of a premium quality board, wifi6 is great

Cons: the network adapter despite being 2.5g has yet to break 200 meg download speeds and i had to buy a pci car adapter to fix it lol

Overall Review: yea yea yea whatever .. i really just left this review cause the built in i225v network adapter sucks

Pros: -CPU and GPU ran fine -Board looks nice and has a good amount of USB ports on the back -RGB

Cons: -USB ports would randomly disconnect and reconnect, has been a problem for others seen on reviews from another site -Compatible ram list isn't too great and required a BIOS Update through a USB device for it to even boot with my ram

Overall Review: Board worked fine in all of its key features but a big flaw that I personally had is the USB ports cutting in and out at random. I noticed it happened more with more USB devices plugged in but even with just the base keyboard and mouse it would still randomly happen. I've seen other reviews of the board on another site mentioning the same thing happening to them. I've swapped motherboards with the exact same parts and it doesn't happen anymore so it was definitely something with the board. It's possible it only happens to certain setups or to a few bad boards but be careful that there is a possibility of it happening. If it was a combination of certain parts that did it, I was using: -AMD Ryzen 9 5900X -G.SKILL Trident Z Nero 32GB 3600 (4 x 8GB) -EVGA RTX 3080 FTW3 Ultra

2 out of 2 people found this review helpful. Did you?
Manufacturer Response:
Dear Marc M., I'm sorry to hear that you were having persistent USB errors with this board. All ASUS products undergo intensive quality control, testing and inspections. What you've experienced was not intentional or representative of our brand. I understand that you have resolved the issue by switching motherboards, but can you please provide me with the serial number of your original board? I'd like to investigate this for quality control. Please reach out to me at cl-lane@asus.com and include case #N2012026863 in your email for reference. Thank you for choosing ASUS! Best regards, Lane ASUS Customer Loyalty – US Support
Daniel H.
Ownership: 1 month to 1 year
Verified Owner
Amazing Board10/19/2020 12:23:45 PM

Overall Review: With: Ryzen 5 3600 (waiting for 5000 series) ASUS ROG Ryujin 360 AIO G.Skill Trident Z Neo 3600 CL16 4 x 8GB Intel 660p 1TB M.2 Seagate Firecuda 2TB ASUS ROG RX5700XT 8GB OC 1 - PCIe 4.0 x 16, 2 ARGB headers, USB 3.2 gen 2 header, heatsinks everywhere, LCD POST code readout and boot LEDs by DRAM were my favorite features coming from the Prime B350 lineup. The most issues I had were trying to get the Q Fan Control to stop trying to monitor my cpu fan but Ryujin has that problem and won't put blame on the motherboard. Even with the reinforced slots, a support for a heavy GPU is still advised as the 5700XT still sags a tiny bit.

Pros: Bought this board to pair with my 3900x and the build was pleasant, easy to set up

Cons: Occasionally running into 8d error code after I changed the CPU voltage in the BIOS. Seems to be an RAM compatibility issue. Restarting the system works. The RAM I used Trident Neo 3600 C18 16GB*2

Overall Review: Everything was working great for about two weeks before the USB ports would suddenly completely stop working. Right smack in the middle of work, I couldn't use the keyboard and mouse, even though the computer was on and operational. After several days of trying to get a solution I couldn't put any more time on it because work was starting to pile up. I returned it and got a full refund. Asus says it's a software issue and they may have already put out an update for it but I couldn't wait any longer. Definitely check to see if the update was issued.

1 out of 1 people found this review helpful. Did you?
Manufacturer Response:
Dear pat l, We certainly value your feedback on this matter, and I will be letting the related department know about the issues you are experiencing for continuous improvements to the product line. Please know that all ASUS products undergo intensive quality control testing and inspections, this is a random problem. ASUS provides warranty coverage in order to fix or repair any product that may stop working prematurely under normal usage. If you need any assistance, feel free to contact me at cl-adrian@asus.com, and I will help you to the best of my abilities. I am here to assist our customers with our products and dedicated in bringing a resolution to all issues that they may come across. Your case for reference is N2103076385. Thank you for choosing ASUS! Best Regards, Adrian ASUS Customer Loyalty – US Support