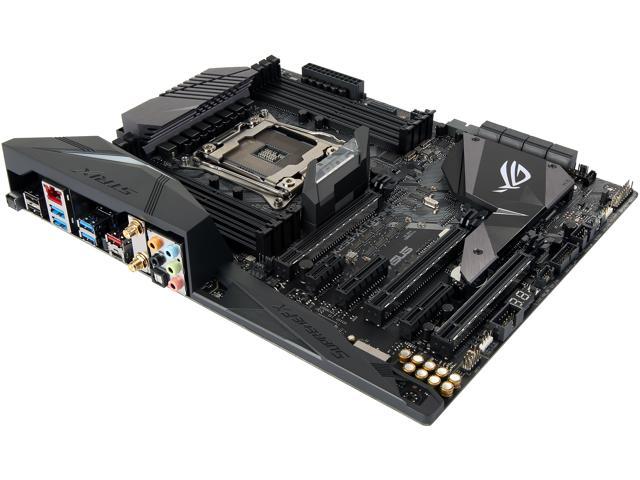 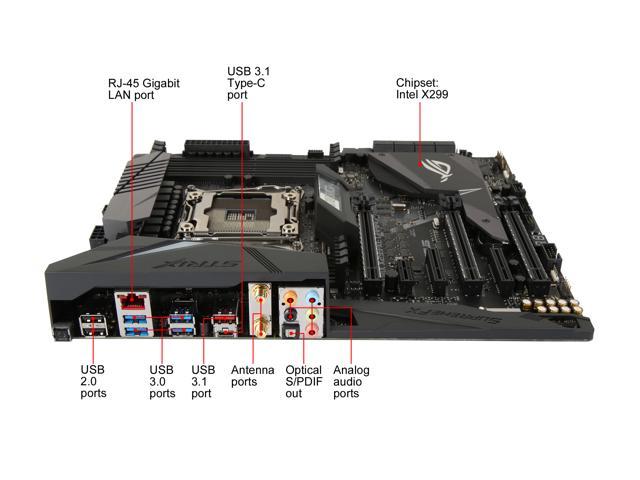 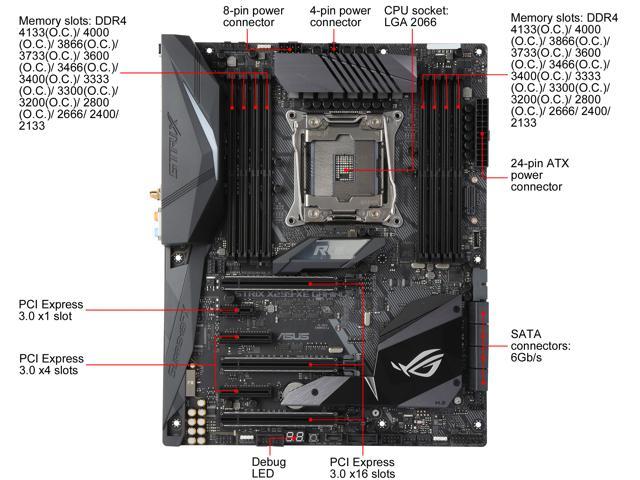 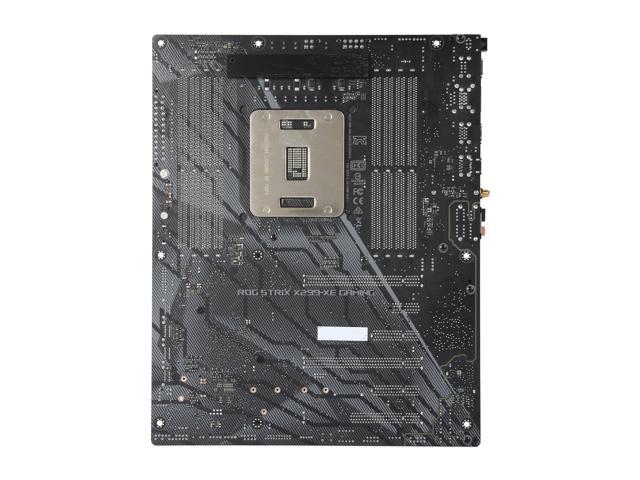 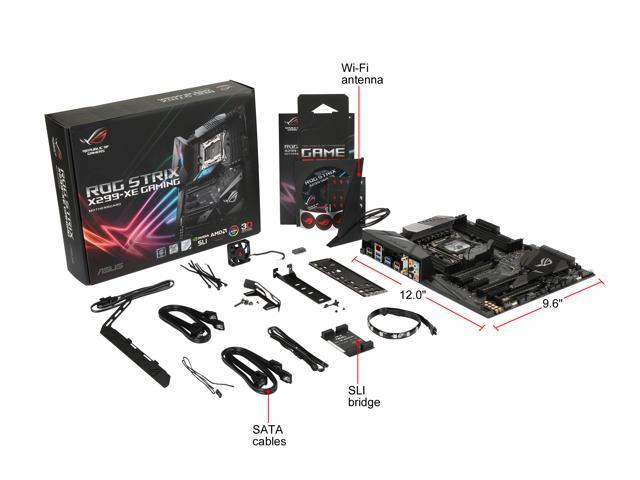 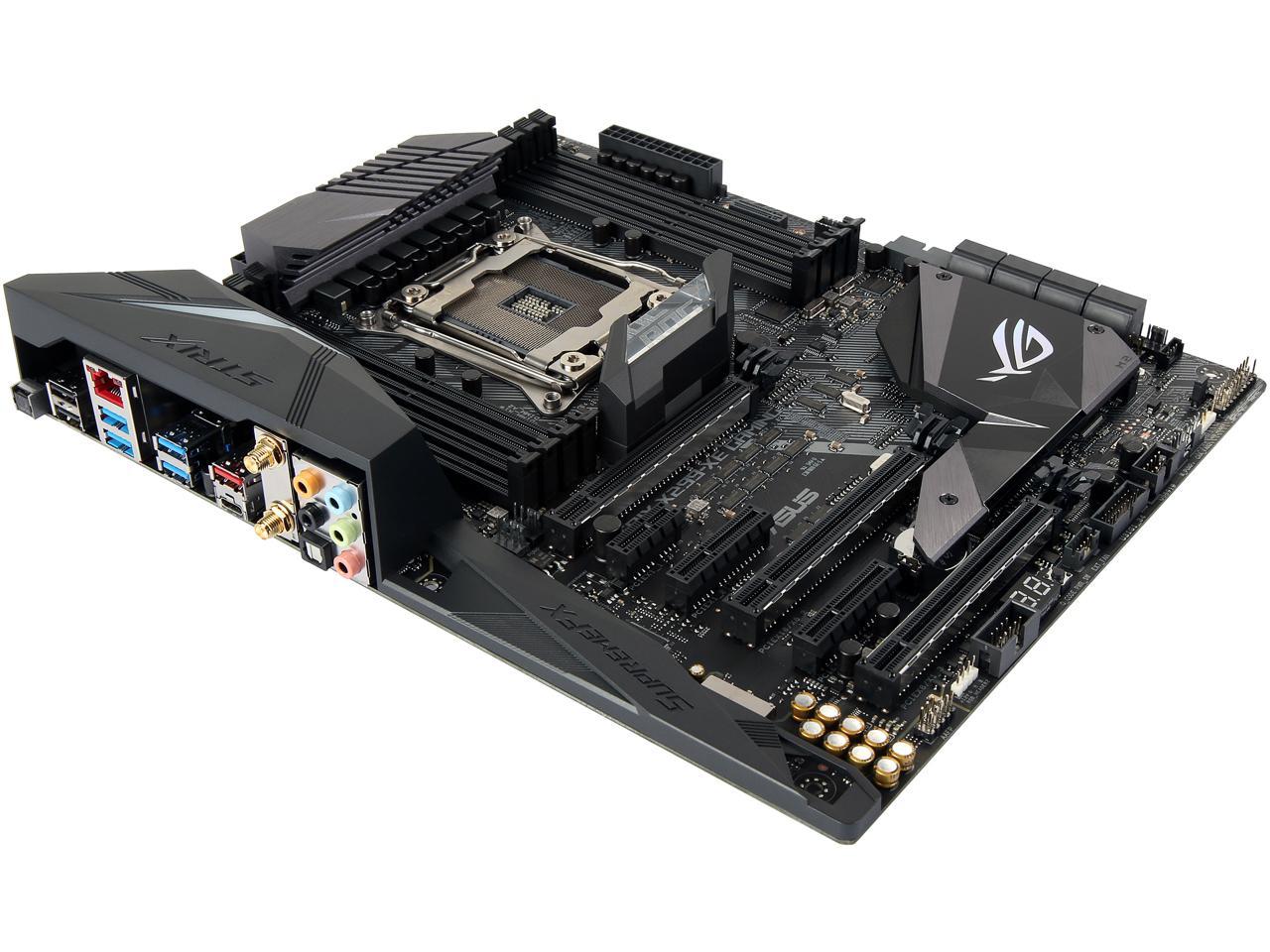 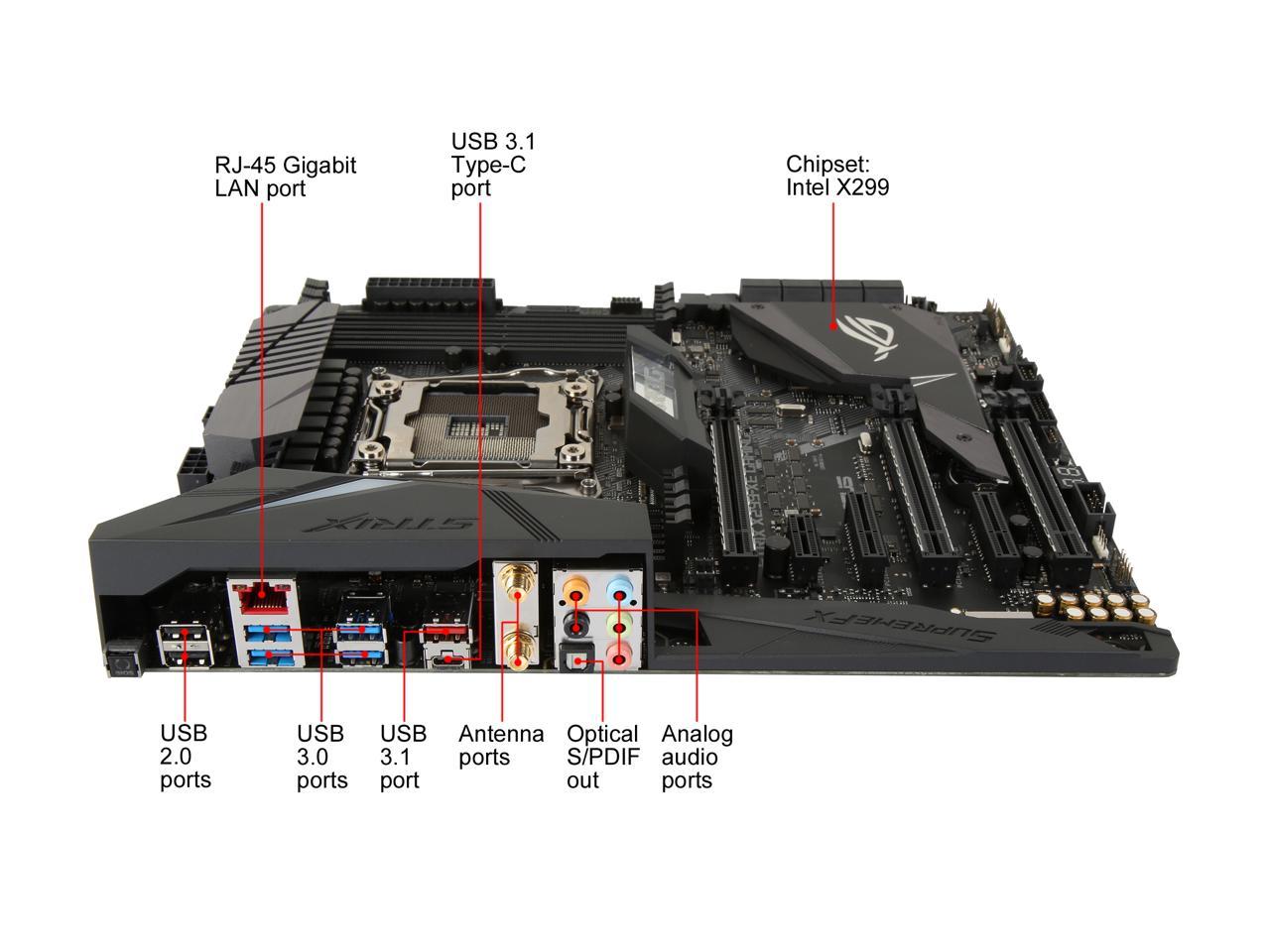 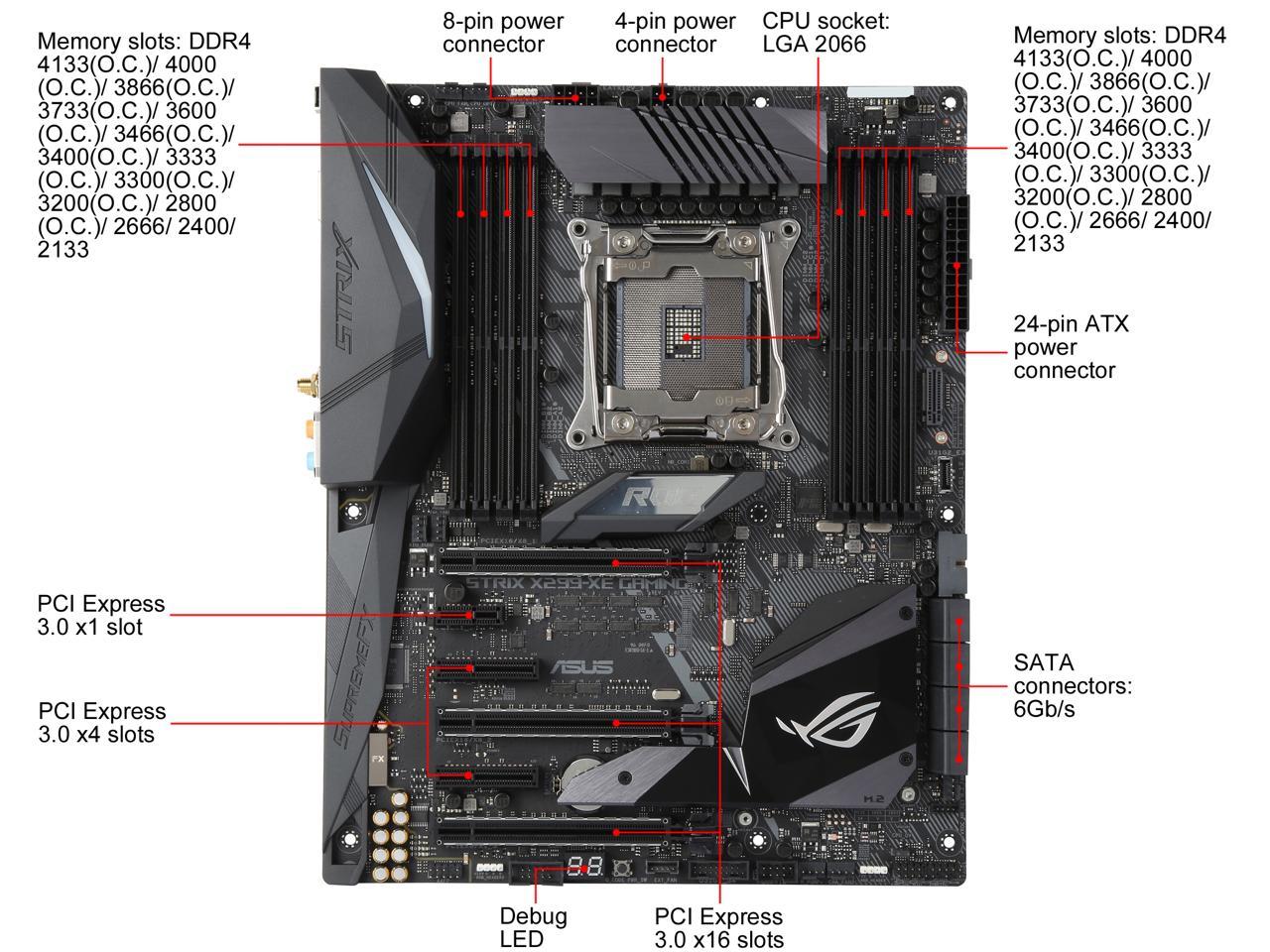 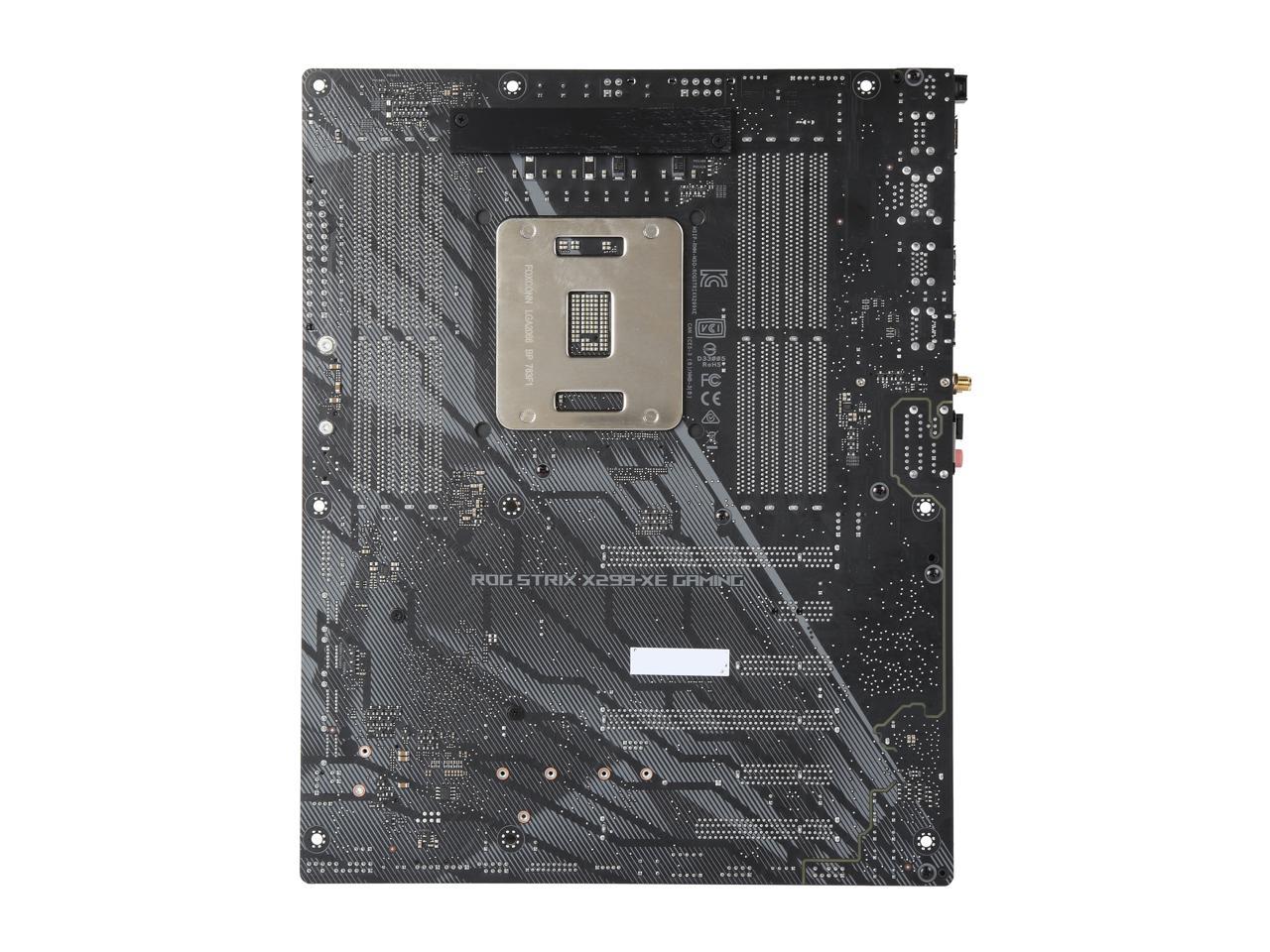 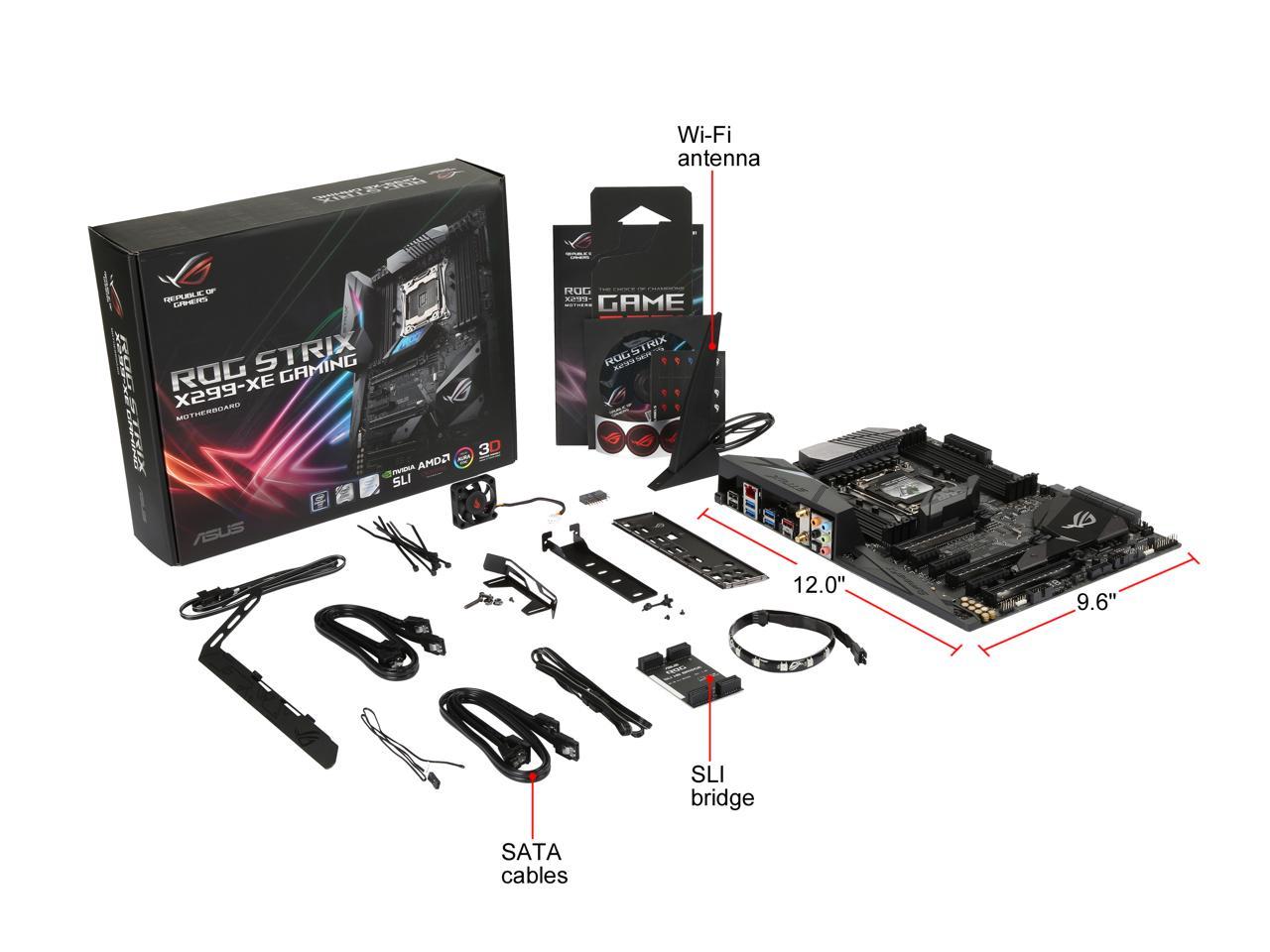 Pros: System: ASUS ROG Strix X299-XE Gaming Intel Core i7 7800X @4.7Ghz synced on all cores CORSAIR Vengeance LPX 32GB (4 x 8GB) DDR4 2400 XMP 2400Mhz ASUS STRIX GTX 1080 Ti ASUS STRIX GTX 970 (physics/PhysX) when needed Cooler Master HAF X Cooler Master 1000w Silent Pro Gold Performance is great, overclocking extremely easy, setup equally as easy, Dual Intelligent Processor 5 with 5 way optimization was able to launch the cpu clock speeds into orbit!!!! 1st time run the clock speeds went to 5.3Ghz 1.35v running warm but stable using Noctua NH-U12P SE2 with 2 NF-F12 industrialPPC-3000 PWM fans to cool the cpu "YES I AM USING VRM FAN included with motherboard". Decided the voltage was little to high so I made some manual adjustments to the overclock and am sitting @ 4.7Ghz on all cores @1.299v very stable under benchmarks using prime 95, cinebench, blender, intel burn test, all benchmarks were run to try to simulate the heat issues on the VRMs with x299 and skylake X and with my current configuration and cooling solution which is as described Noctua NH-U12P SE2 with 2 NF-F12 industrialPPC-3000 PWM fans to cool the cpu, VRM fan, NF-A14 industrialPPC-3000 PWM blowing at vrm m.2_2and cpu, 2x200mm exhaust fans at top, NF-A14 industrialPPC-3000 PWM exhaust at the back, NF-A14 industrialPPC-3000 PWM blowing m.2_1 and gpu, 1x200mm intake on side panel, 1x230mm intake front, all in a Cooler Master HAF X, so I do have good air flow which results in idle cpu and vrm temps mid to high 30's c under full load benching temps did get above 75c but never crashed and the VRM temps never went over 40c when cpu was under full 100% load on all cores using prime 95 or cinebench. Long story short this motherboard is the real deal worth it for sure if you need or want and high-end system and want to go x299 and skylake x and the the RGBs are cool, I like that you can set the rgbs to cpu load or temps and in zones Great job ASUS

Overall Review: I would recommend this product

Cons: Not really a con but I wish it would have additional fan support on the board. It does however have support for an inexpensive ASUS external fan card. It does not come with the Intel VROC key and you can not get it from ASUS or any other legitimate source