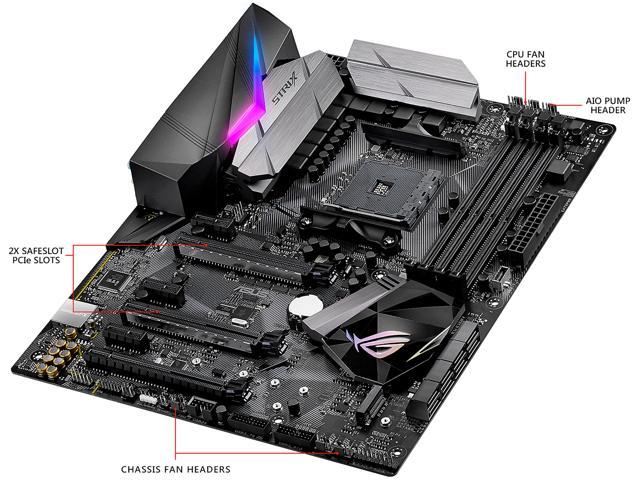 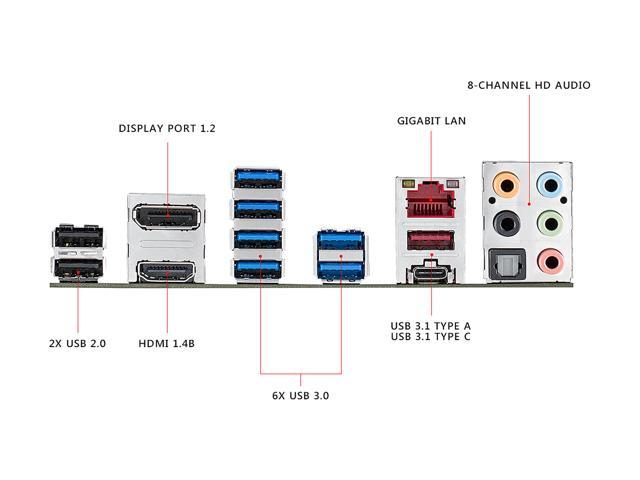 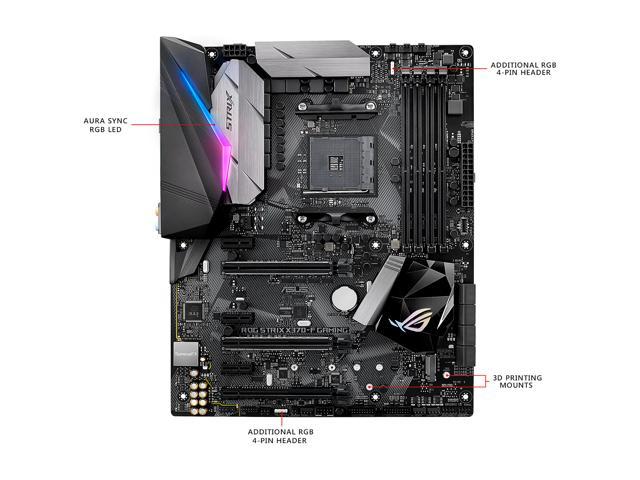 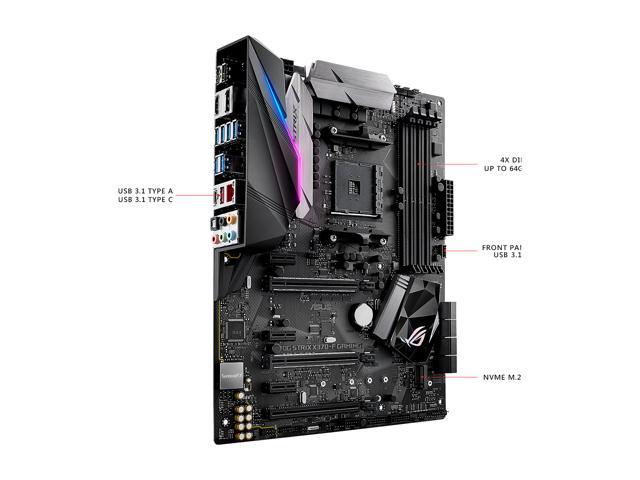 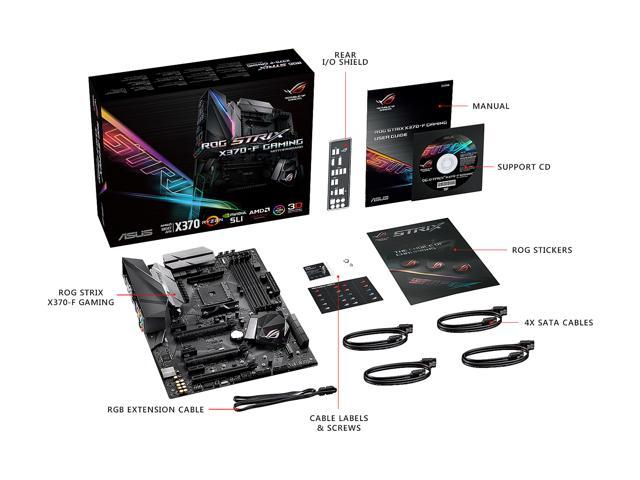 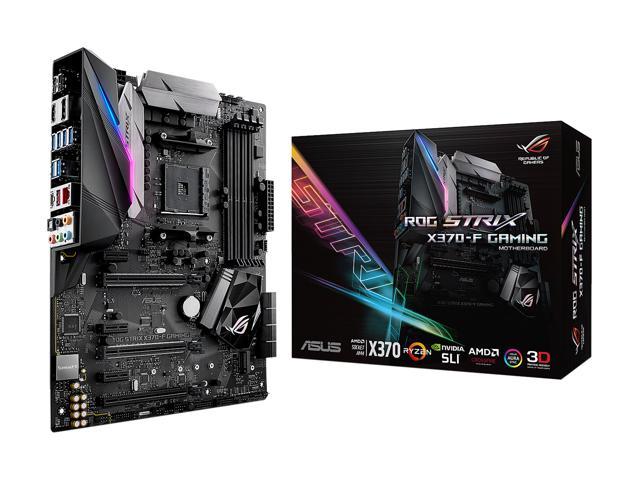 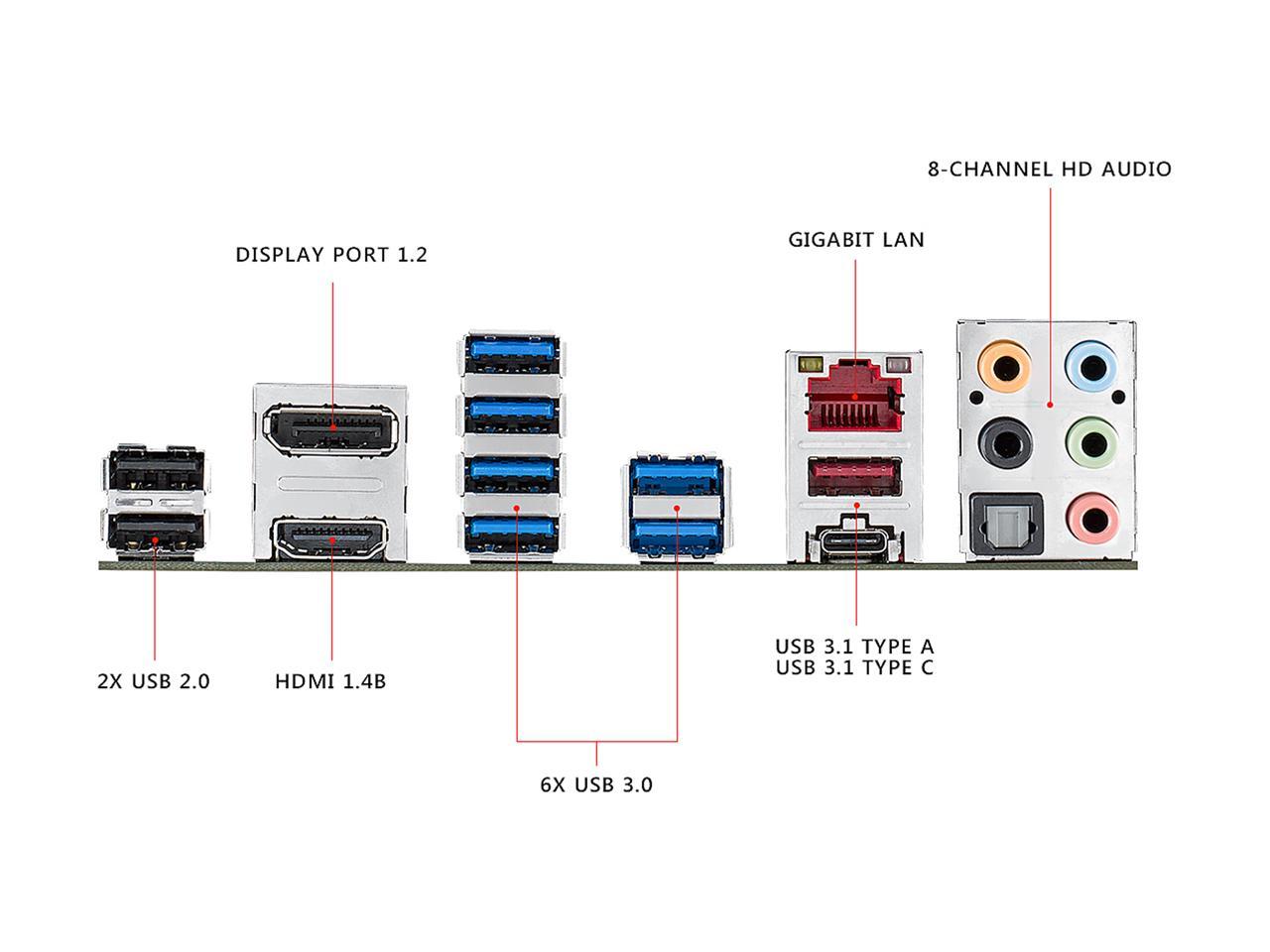 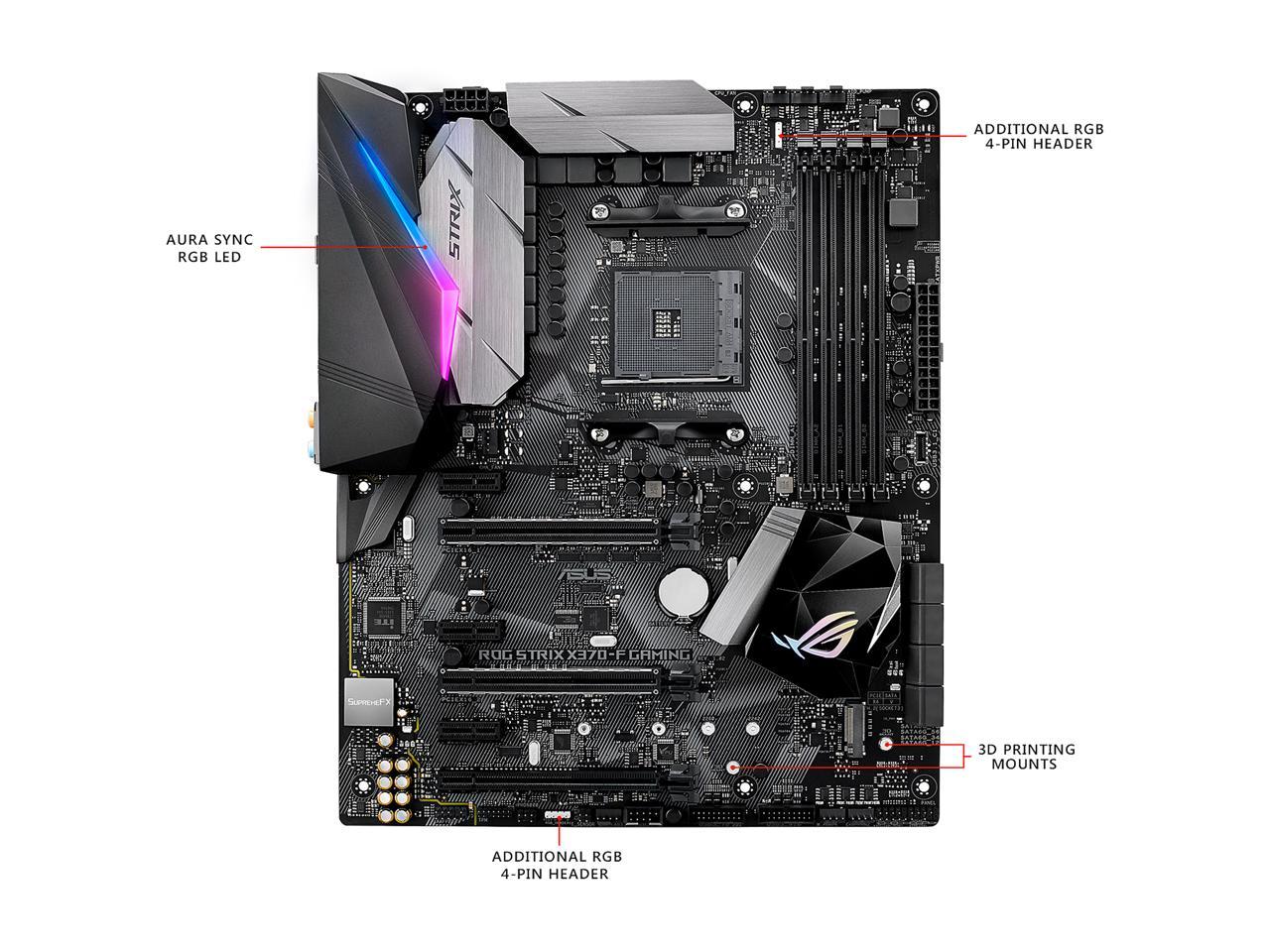 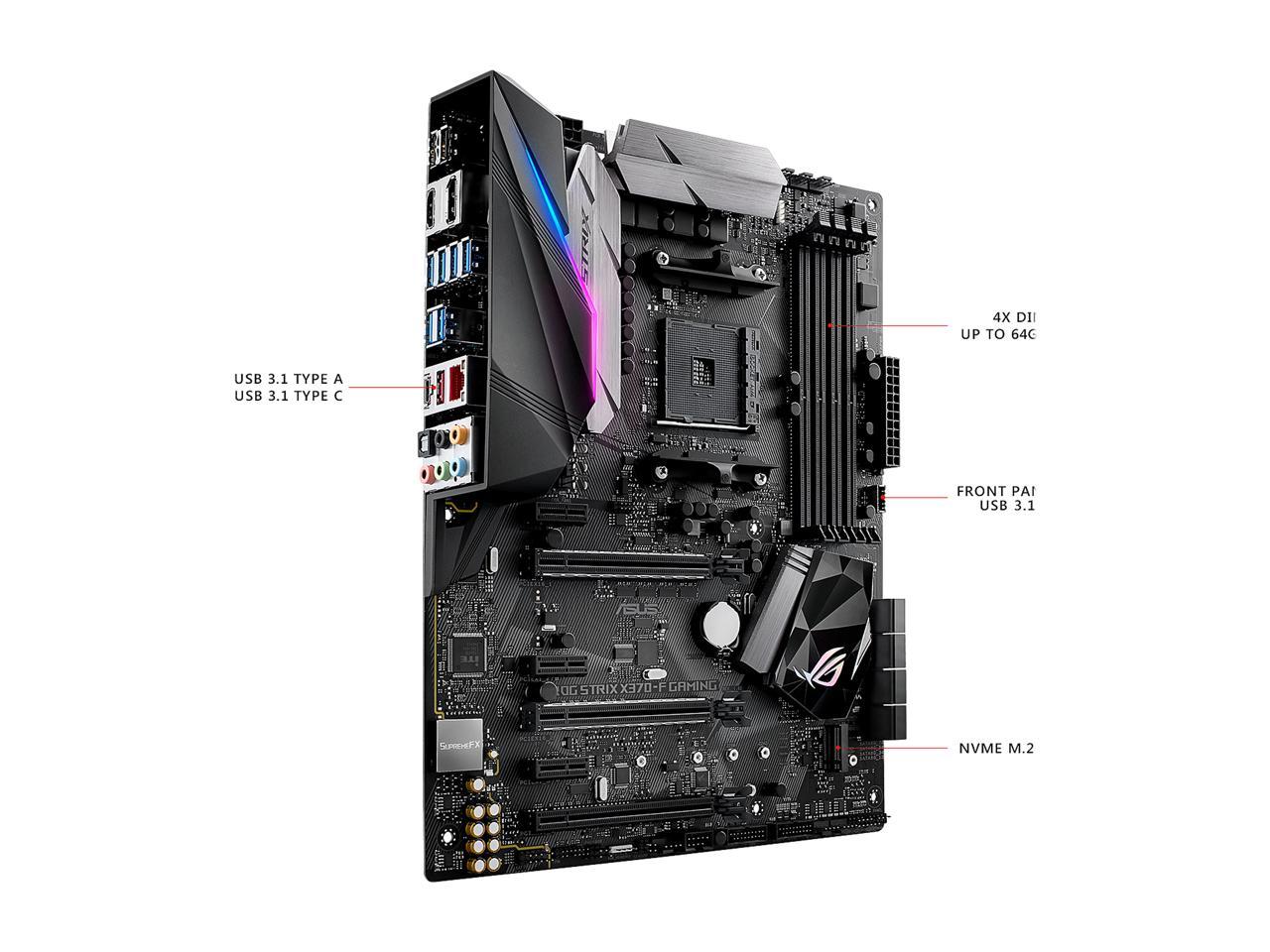 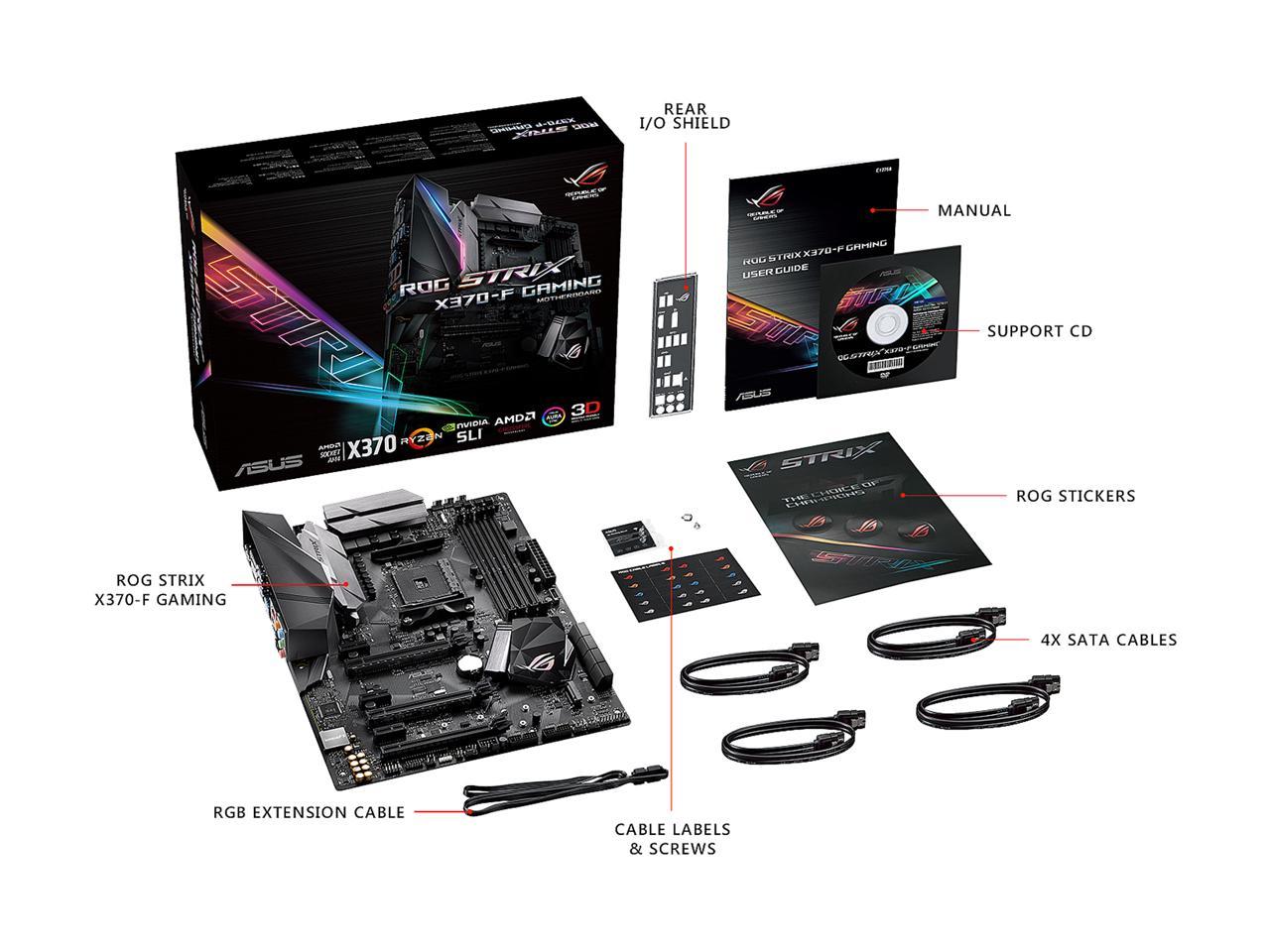 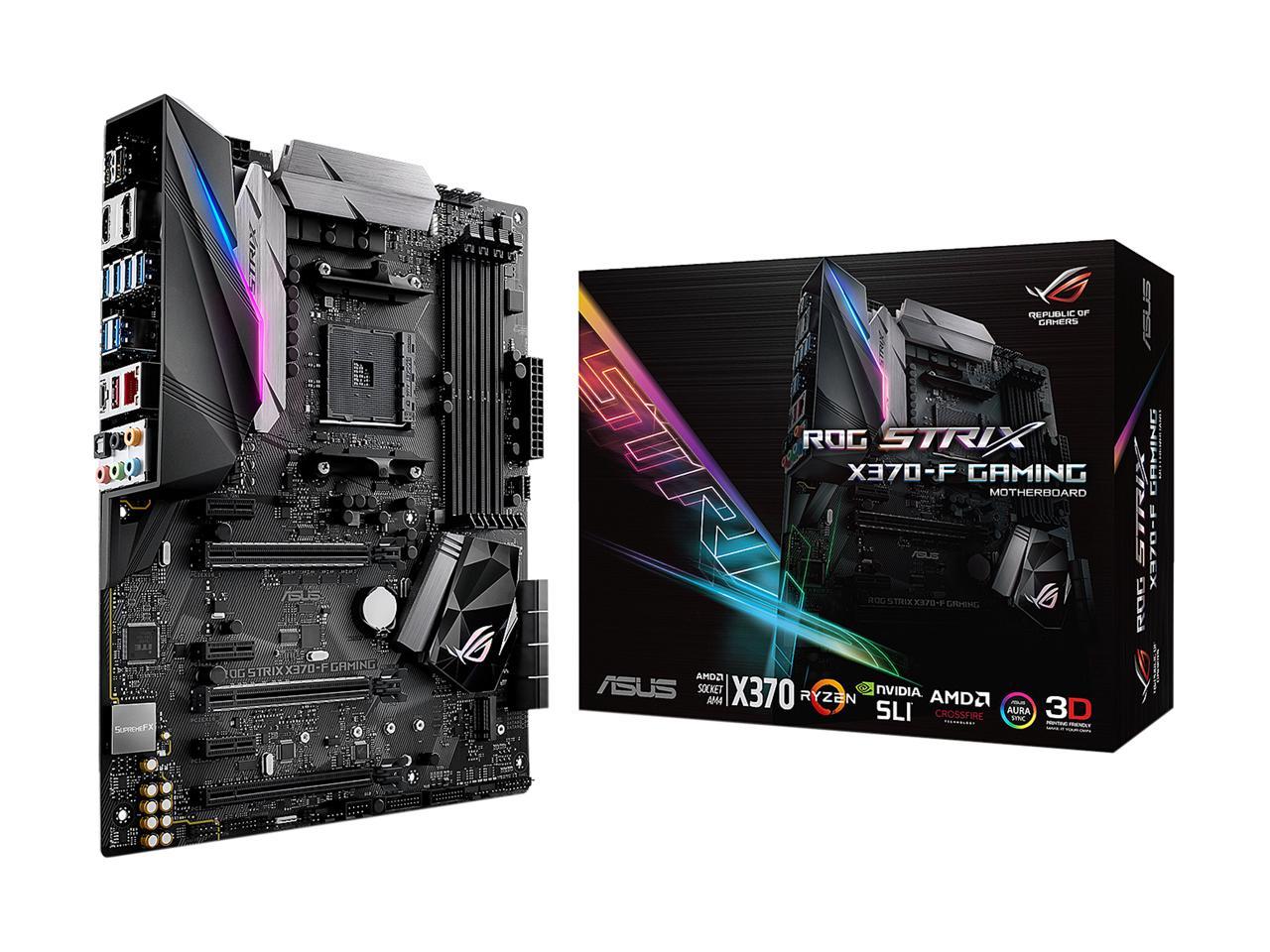 Cons: EDIT: one month in - and there is some electronic interference coming through the speaker jacks. Not loud, but if your ambient noise is close to silent, you do hear it. No, it is not my phone - it is quieter than cell phone interference. Not a deal breaker, but it may drive you to get USB speakers instead of using the rear panel audio. I haven't been able to map the interference to computer activity, so not sure what is causing it. I don't notice it during gaming or playing music, only during ambient silence. Two physical RGB headers, but only one logical. Both headers treated as one item in AuraSync. Disappointing. No BIOS reset button - have to pull cmos battery or use USB stick to reload saved BIOS. EDIT - there is a reset jumper, I just didn't read the manual properly and missed it, not as good as a button, but at least there's a jumper and you do NOT need to pull the battery>

Overall Review: Shipped with May BIOS - it would post, but windows wouldn't install. Updated to latest BIOS and no issues. Tried the BIOS's auto overclocking application, and it went into a no-bios screen reboot cycle until I pulled the power and CMOS battery. AISuite III overclocking seems to work ok, though it seems to lose settings when system turned off, so just bumped the multipler in BIOS. AISuite III fan control is.... acceptable. barely. EDIT: after re-calibrating a few times, my 3 pin fans are now much more controllable and respond to the fan curves much better. I would, however, recommend getting 4 pin PWM fans for more control options other than just the motherboard software.

Pros: It was easy install, it has a whole lot better features than my old M5A99FX board, it was an easy swap or upgrade. Just updated the BIOS to it's latest, had no issue or bricking!

Cons: I wish it included with a front panel easy connector so we don't have to cram our hands why we install the front panel connector wires. BIOS is still sensitive when it comes to overclocking the ram, it's very tight on timings especially with Ryzen CPUs!

Overall Review: Overall Good products from ASUS! I would recommend this to friends!

Pros: +Clean, little to no fluff on the board. +Only RGB element is the little swoosh on the VRM heatsink and I'm 100% okay with that (you can turn it off) +Super easy to navigate BIOS (An ASUS staple) +AM3 mounting holes means if you've got an older cooler (I've got an H7 from Cryorig) you do NOT need the mounting plate to keep your system running cool +PLENTY of USB3 ports on the back and headers for two USB3 front panel expansions. +Right angled SATA plugs are always welcome in my builds

Cons: -Only one USB2 header which means if you need more you're probably going to be buying an adapter to split one of the USB3 headers out. -No fan header near the I/O panel on the board, which makes connecting one of my Noctua LTT fans a pain (it's quite a short cable)

Overall Review: Picked this board up along with a Ryzen 5 1600X and was happy to be able to keep my Cryorig H7. The AM3 mounting holes were a godsend and work perfectly, no additional waiting or purchases to get up and running. Paired with some Corsair Vengenge LPX 3000Mhz RAM and I'm OC'd to a nice 4.1 Ghz and keeping surprisingly cool temps (always been an intel guy, citing heat issues being why I never went AMD before) **UPDATE as of 8/16** I've returned the board, as numerous issues arose a few days after posting the review. Originally I had a single 2x4GB kit of DDR4-3000 memory (Corsair, from the QVL) that ran just fine. Ordered a 2nd kit of the memory and was unable to run all of the memory at the rated 3000 speed. Returned both 2x4GB kits, and just bought a 16GB 3000 kit (also from the QVL). Was again unable to run it at the rated speed and at the same time I was introduced to sudden black screen crashes. Reinstalled windows, tried a different power supply, different GPU, different RAM, still the same issue. While the system was running nice and fine with 8GB, that's simply not enough and the snowball of problems and sleepless nights trying to troubleshoot the problem just proved more of a hassle than I was wiling to put up with.

Manufacturer Response:
Dear Ben T, Thank you for the feedback and making us aware of your experience. I’m sorry to hear about your unfortunate experience, and please accept our apologies for the inconvenience. ROG Strix X370-F Gaming lets you drive memory frequencies to 3200MHz and beyond when overclocked! ASUS-exclusive T-Topology circuit design provides superb memory-overclocking capability to unleash the full power of DDR4 by minimizing coupling noise and signal reflection. Have you verified your Ram was qualified on QVL to run on Quad-channel, there are some RAMs that can only run on Dual-channel? Try updating your BIOS to version 4012 to improved system stability. Try adjust your timings in BIOS to match what was shown on the QVL for your RAMs. Should you need further assistance with the product, please send me your specifications, You can reach me at cl-adrian@asus.com. Thank you for choosing ASUS! Best Regards, Adrian ASUS Customer Loyalty – US Support

Cons: -Wish it had onboard Qcode readout but the Qled does good enough. -No onboard Start and reset buttons or BIOS reset button. But I also understand they didnt want to use all the features on their Crosshair VI Hero mobo.

Overall Review: Overall this Mobo is exceptionally well made. Overclocks very well and when paired with RGB RAM, this is one beautiful motherboard.

Pros: The ASUS Aura lighting is a lot of fun to play with. I paired this with GSkill Trident RGB ram and it works well with the software out of the box. With the latest bios I am able to get my ram to 3200 mhz without any issues and the CPU is at 3.7 mhz with the stock cooler. I know some people in other reviews have not had a great experience with this board and I was one of those people, but the latest bios was the final piece of the puzzle.

Cons: None now that the bios has been dialed in.

Overall Review: I may see if I can squeeze a bit more out of the ram, and if I do I will update

Overall Review: Happy with my purchase, everything went together and worked without issue.

Pros: -Paired it up with my Ryzen 1800x -RGB looks really nice paired with g.skill trident z rgb -Everything works perfect as expected from an ASUS board

Cons: So far no cons customer service is excellent. If you are new to building or haven't done it in like 10 years definitely get the Premier Membership. It will help with the mistakes you ARE gonna make.

Overall Review: I recommend the company and asus. Both are the best of the best. fast and responsive. I have bought over the years from different companies and new egg is the best and seems to only get better