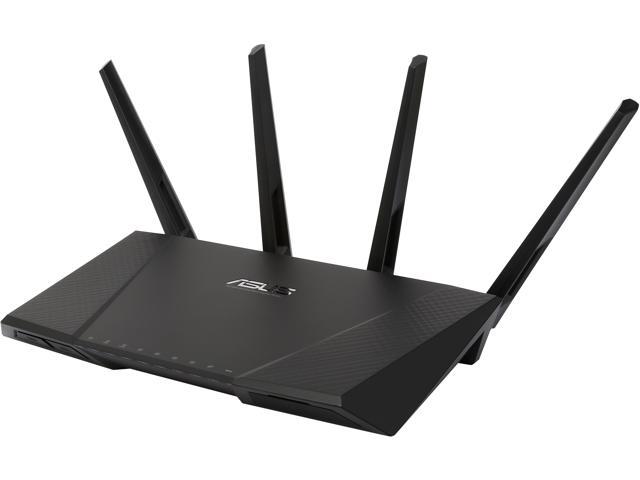 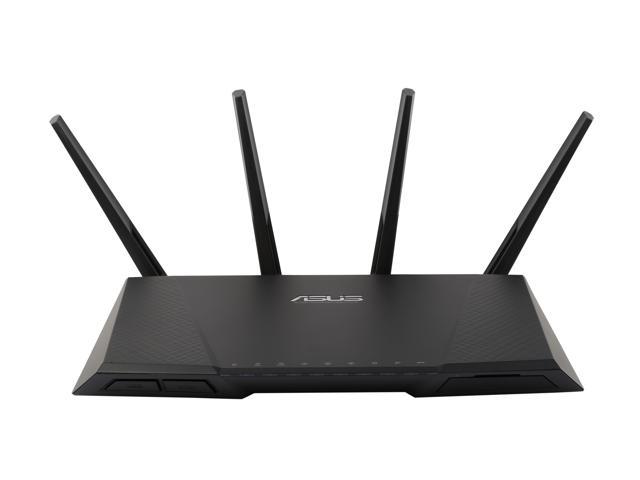 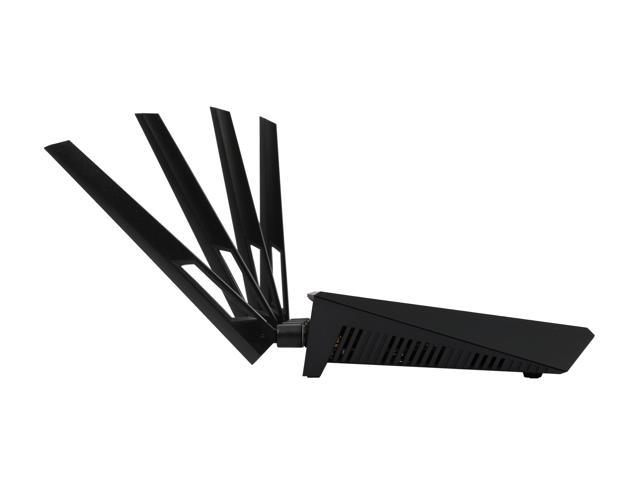 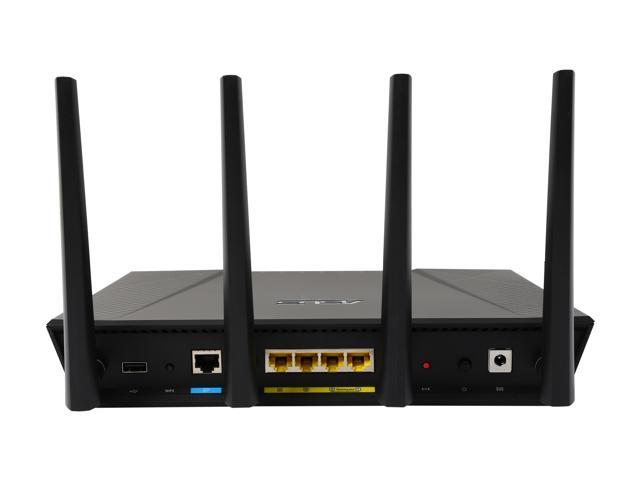 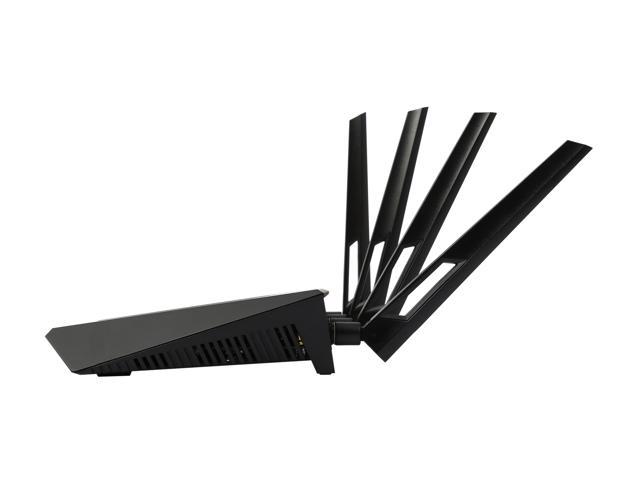 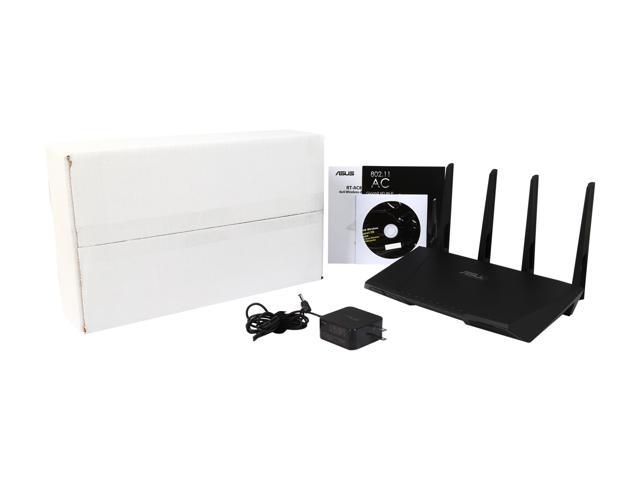 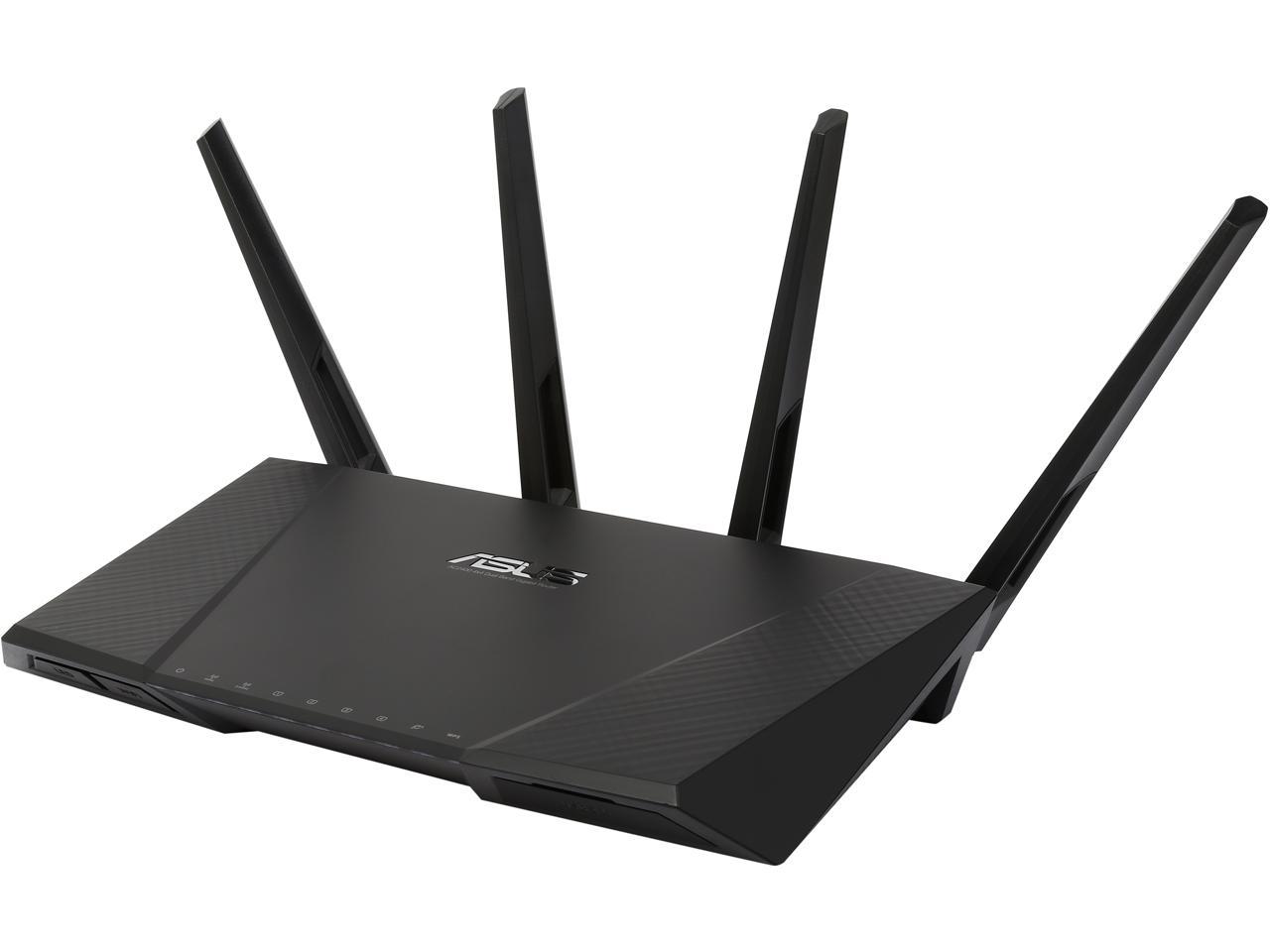 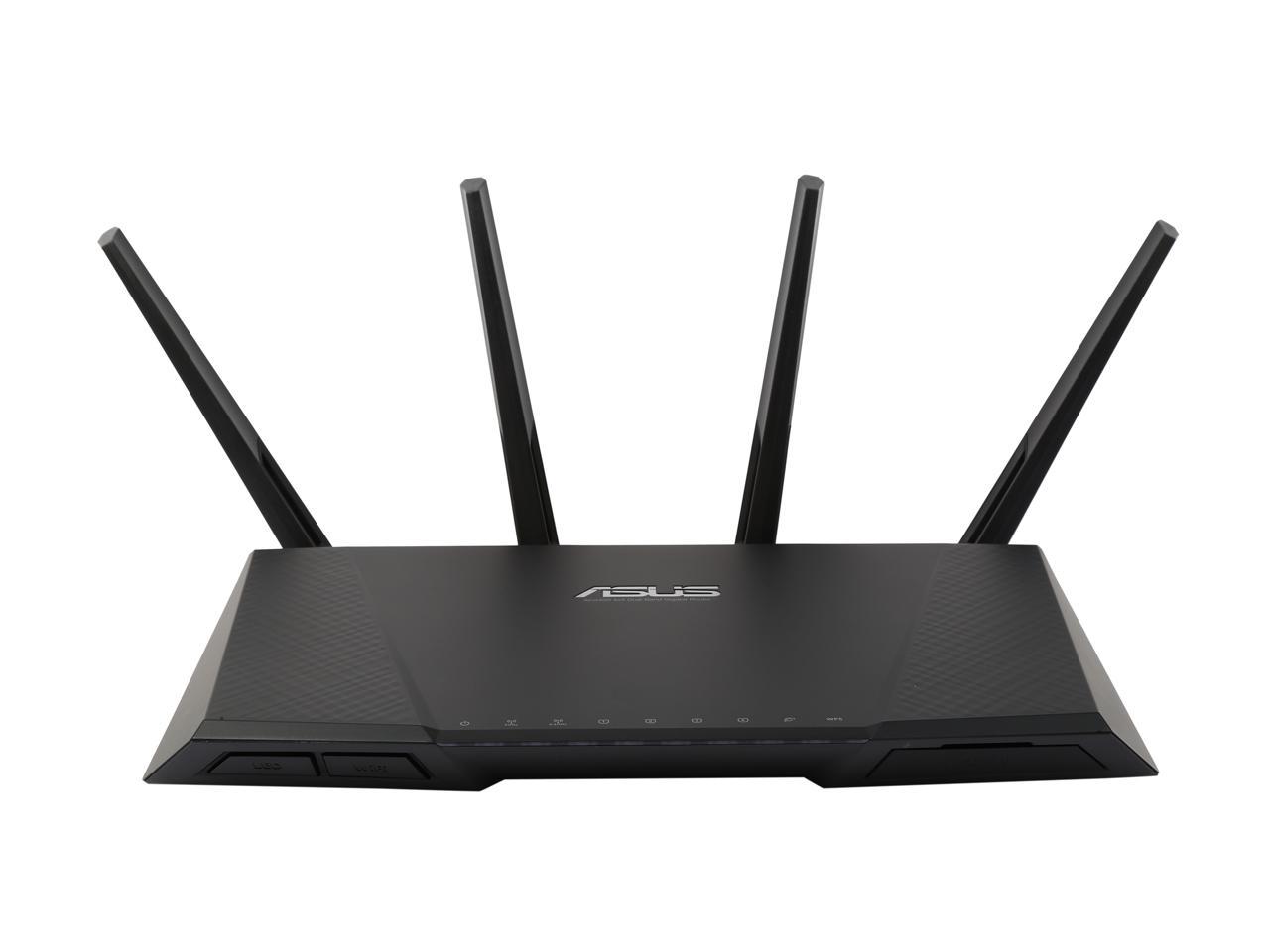 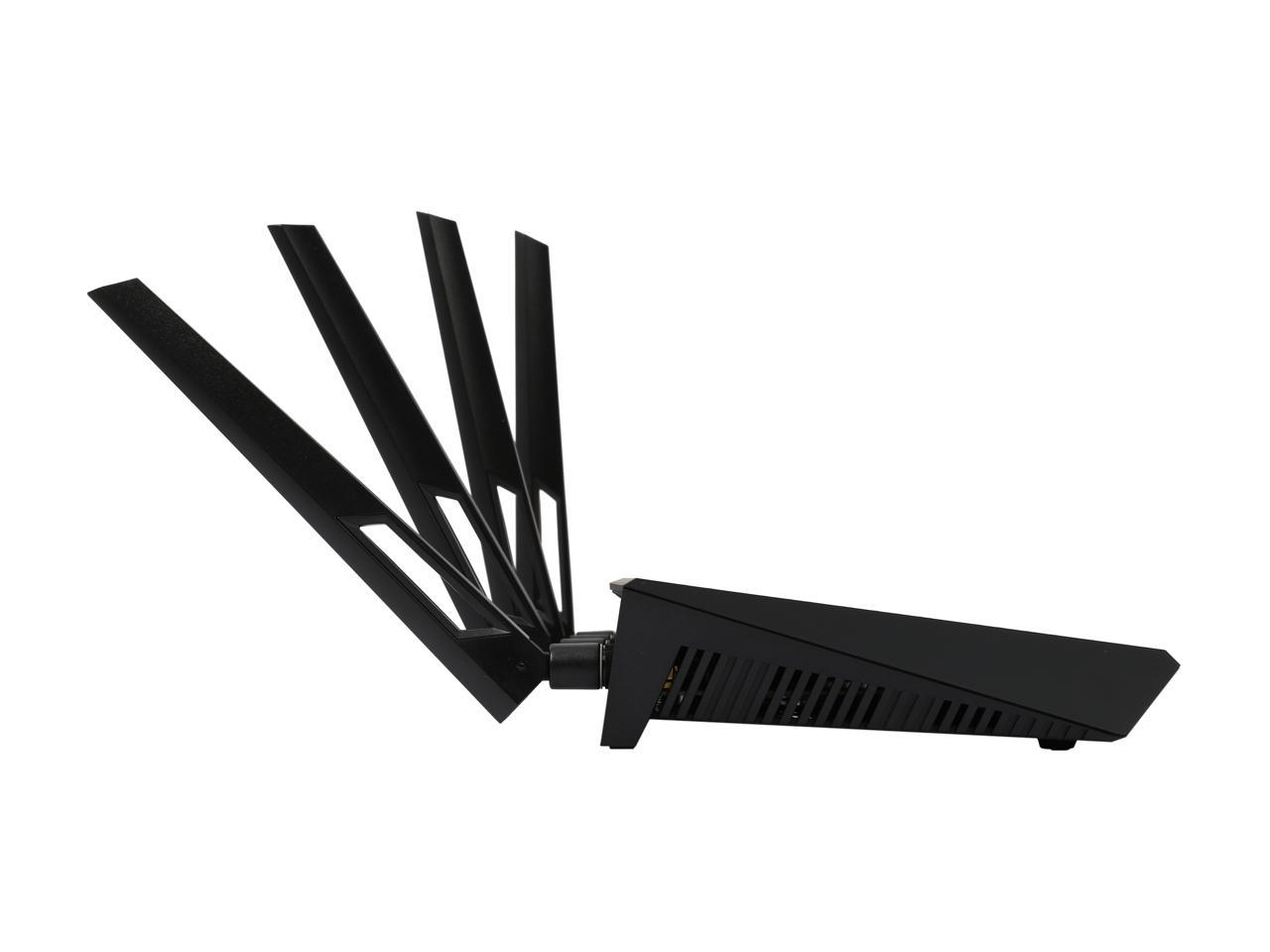 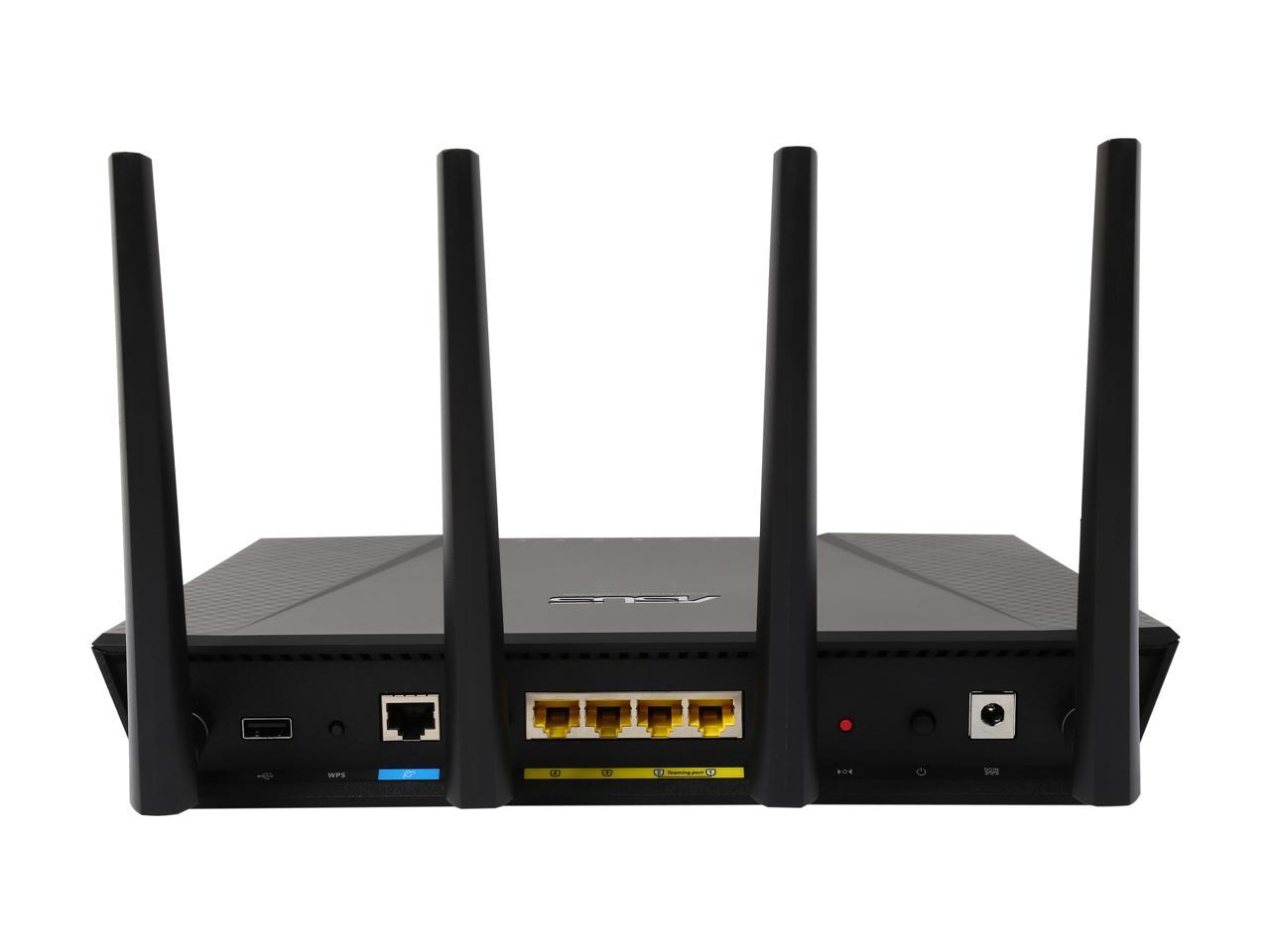 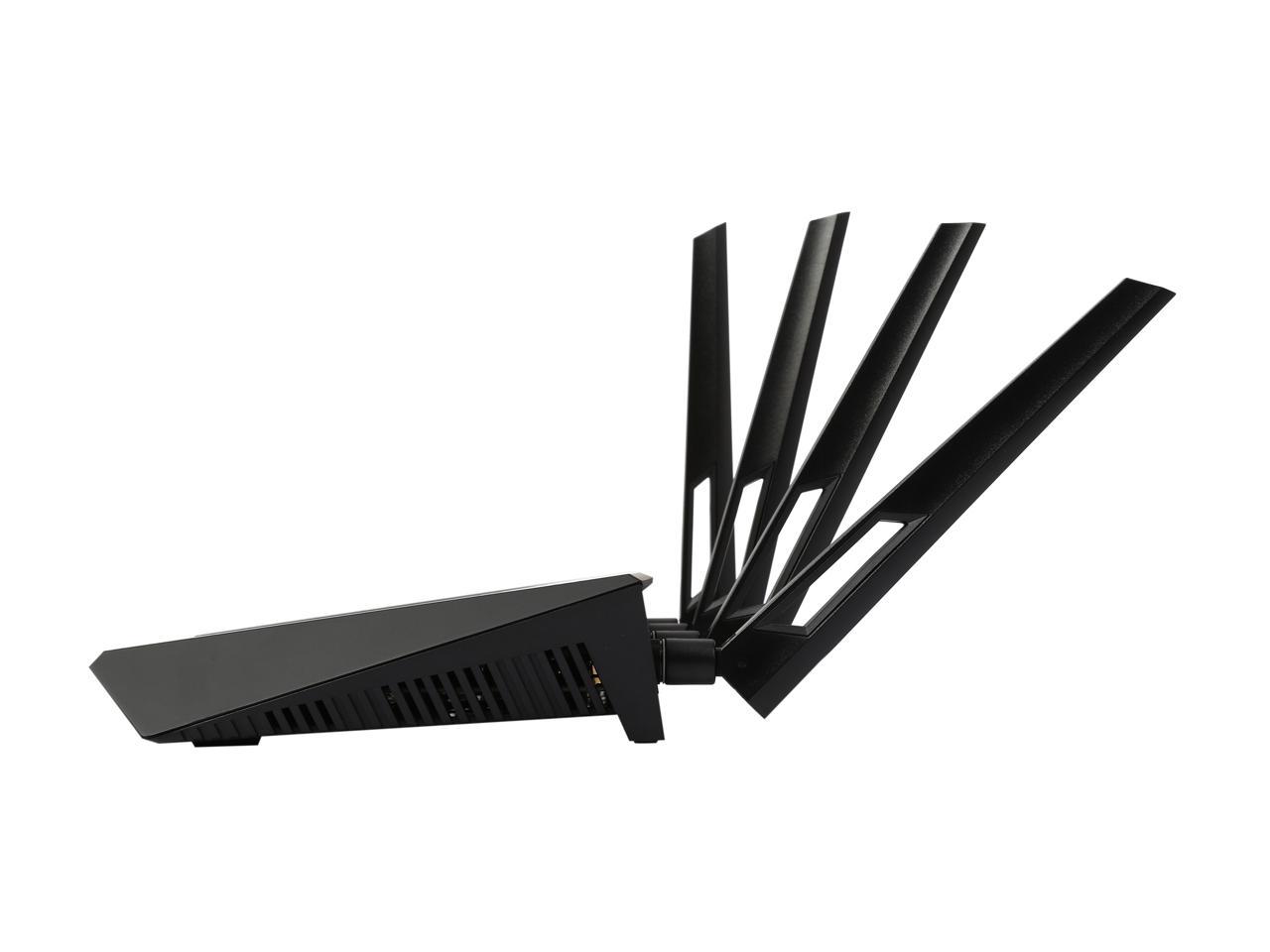 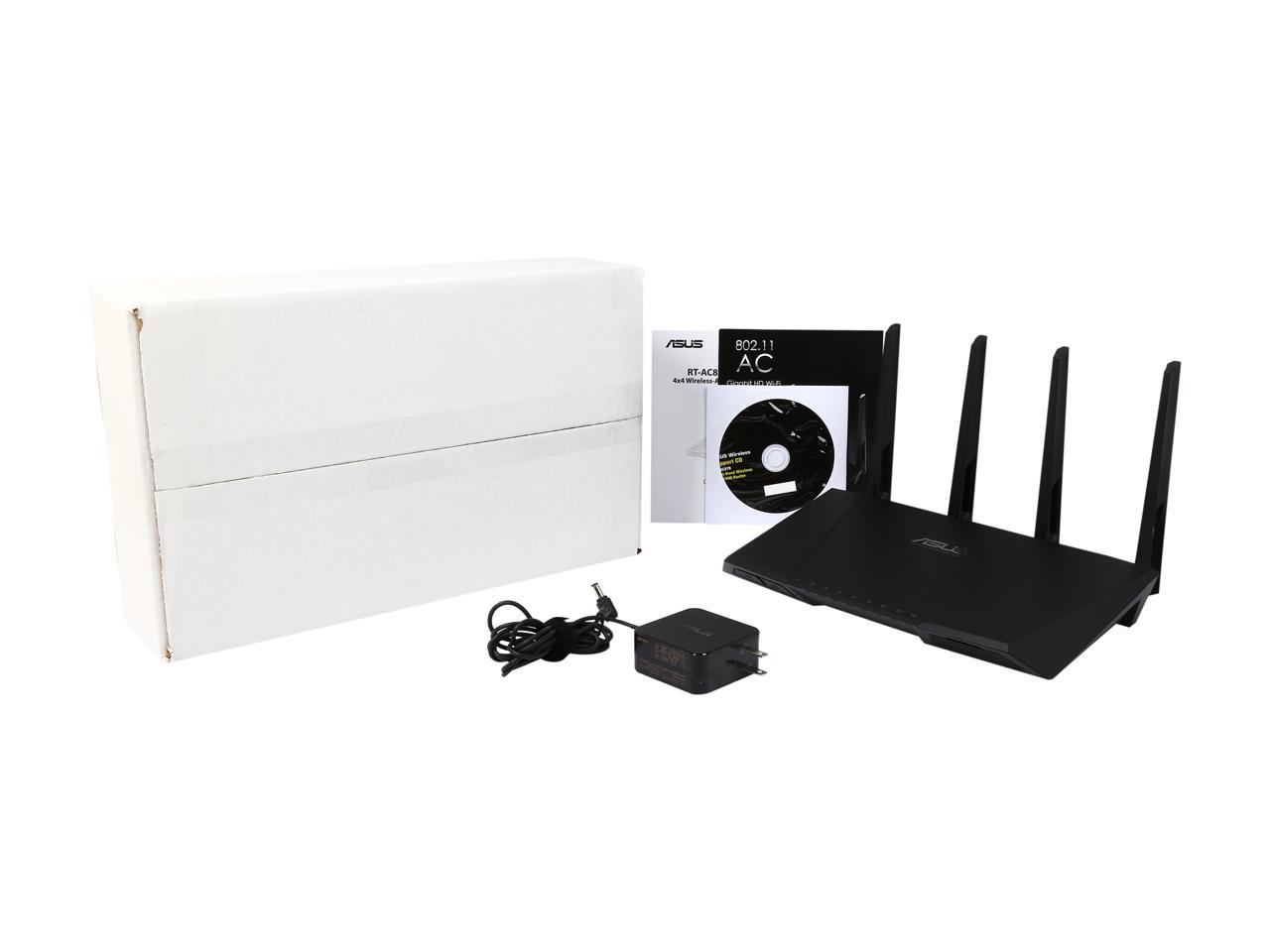 This means the product was tested and repaired as required to meet the standards of the refurbisher, which may or may not be the original manufacturer. Any exceptions to the condition of the item outside the manufacturer’s information should be provided in the listing, up to and including warranty details.
(46) Write a Review
See more "10gb router"
In stock.
Ships from Hong Kong.
Overview
Specs
Reviews

RT-AC87U is not only fast, but looks stunning too. Inspired by the gamer-centric ASUS Republic of Gamers G Series laptops, RT-AC87U is designed with Stealth Fighter-like curves that exude power and sophistication. It's VESA-mount-compatible, too, so you can literally take RT-AC87U to new heights on your wall!

Enjoy a new level of wireless performance, with 2334Mbps of combined 802.11ac and 802.11n bandwidth. With class-leading speeds of up to 600Mbps on the 2.4GHz band – thanks to Broadcom® TurboQAM™ technology – and up to 1734Mbps concurrently on the 5GHz band, which is even faster than the latest tri-band 3 x 3 routers, RT-AC87U leaves the competition standing.

Boasting a true four-stream, four-antenna (4 x 4) design, RT-AC87U gives you up to 465 square meters (around 5,000 sq. ft.) of wireless coverage. That's 33% more than the latest generation tri-band routers, making it the ideal choice for large homes and multi-floor buildings. Thanks to AiRadar beamforming and unique multi user-MIMO (MU-MIMO) technology, the more devices you use the more the throughput increases.


Life in the Fast LAN!

For the fastest wired networking performance, RT-AC87U comes with a dedicated Gigabit WAN port, five 1000Mbps Gigabit Ethernet LAN ports (one of which can be used as a second WAN port), and a hardware-accelerated NAT. Unlike the traditional software-based NAT used in most other routers, RT-AC87U's hardware NAT removes the bottleneck between the wired LAN and the Internet, allowing you to get the most out of modern super-fast broadband connections. RT-AC87U also features Link Aggregation, a technology normally only found in enterprise-grade equipment, and which can increase wired network speeds up to 2Gbit/s with suitable hardware.

RT-AC87U, like all ASUS networking products, is subjected to exhaustive compatibility testing during its development. RT-AC87U works flawlessly with a vast range of adapters, media players and other wireless devices to ensure the best performance – it even supports the latest-generation Xbox® One and PlayStation® 4 game consoles.

RT-AC87U features the enhanced ASUSWRT graphical user interface, which gives you easy access to the 30-second, three-step web-based installation process. It's also where you can configure AiCloud 2.0 and all RT-AC87U's advanced options. ASUSWRT is web-based, so it doesn't need a separate app, or restrict what you can change via mobile devices – you get full access to everything, from any device that can run a web browser.

AiProtection, incorporating state-of-the-art, three-pronged security from Trend Micro™, makes RT-AC87U one of the most secure home routers you can buy. As well as providing some of the most advanced parental controls in any mainstream router, it detects malware and other intrusions before they reach your PC or device, and alerts you if an infected device is connected. Potential weaknesses such as password strength and operating system vulnerabilities are also monitored at all times, giving you total peace of mind.

Create Your Own Personal Cloud

ASUS AiCloud keeps you close to your data wherever and whenever you have an Internet connection. It links your home network and online storage service, giving you access to your files using the AiCloud mobile app on your iOS, Android smartphones or via a personalized browser URL. You can share photos instantly to services like Facebook, Flickr or Dropbox directly from the AiCloud interface. Even better, AiCloud can be connected to another compatible router to expand your personal cloud even further.

Learn more about the ASUS RT-AC87R

Customer Reviews of the ASUS RT-AC87R