FREE SHIPPING
Sold by: Newegg
Shipped by Newegg
Newegg’s gift-wrap service is the ideal solution for making your gift special! Select your item as a gift, then add your message. Your gift will also be discreet with no prices being included on the packing slip.
Price Alert
Add To Wish ListFound on 6 wish lists 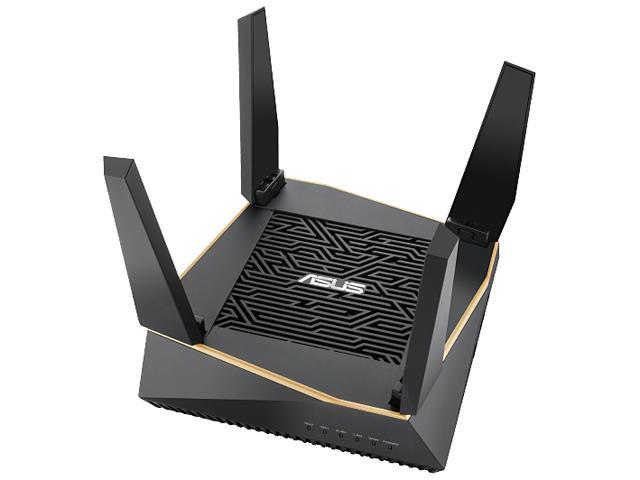 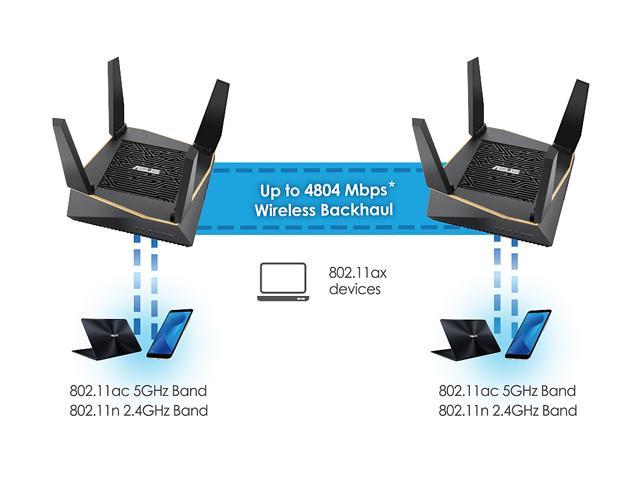 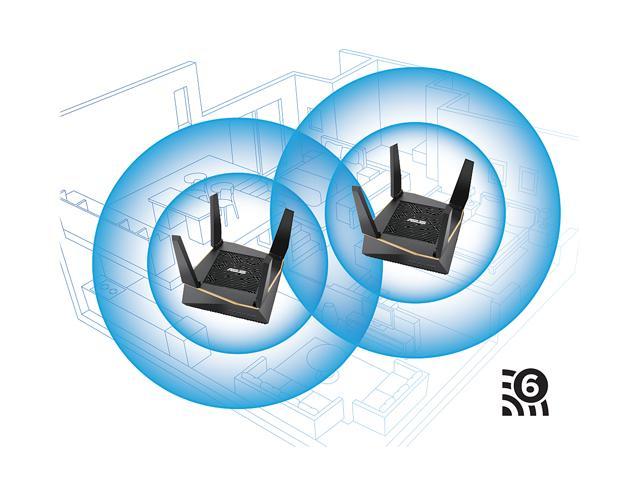 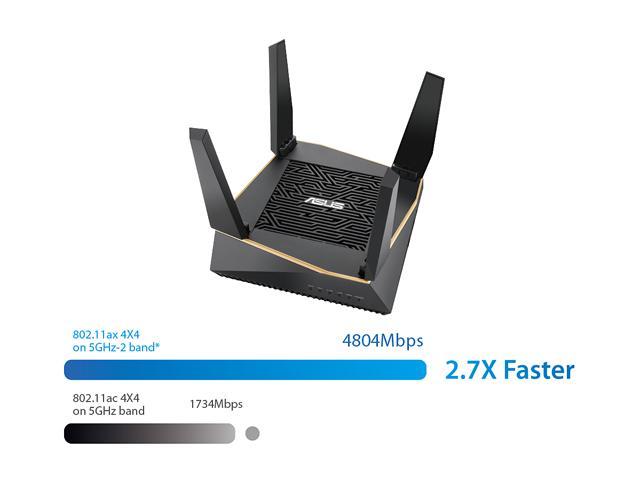 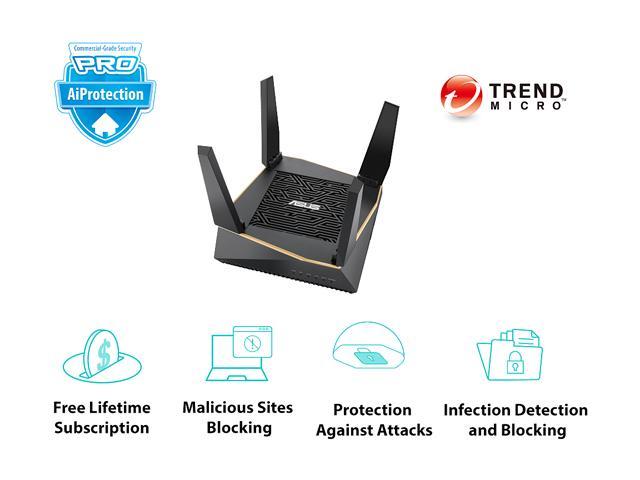 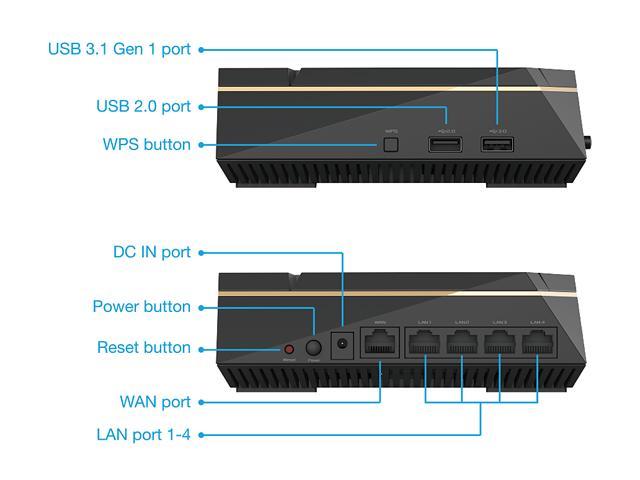 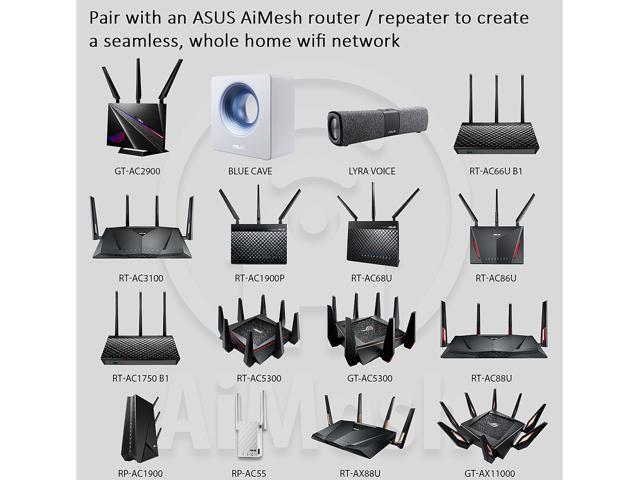 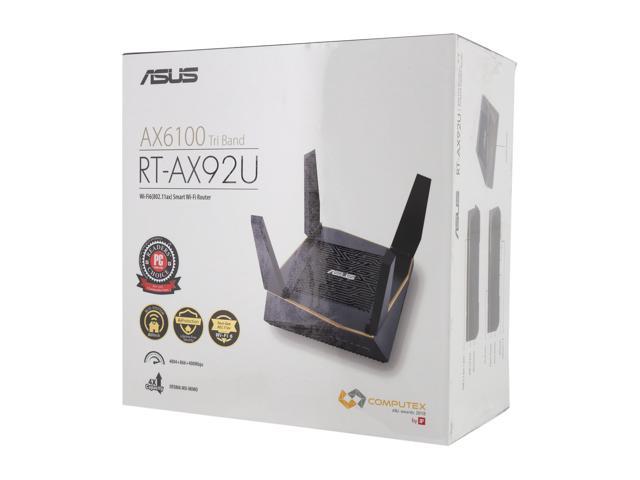 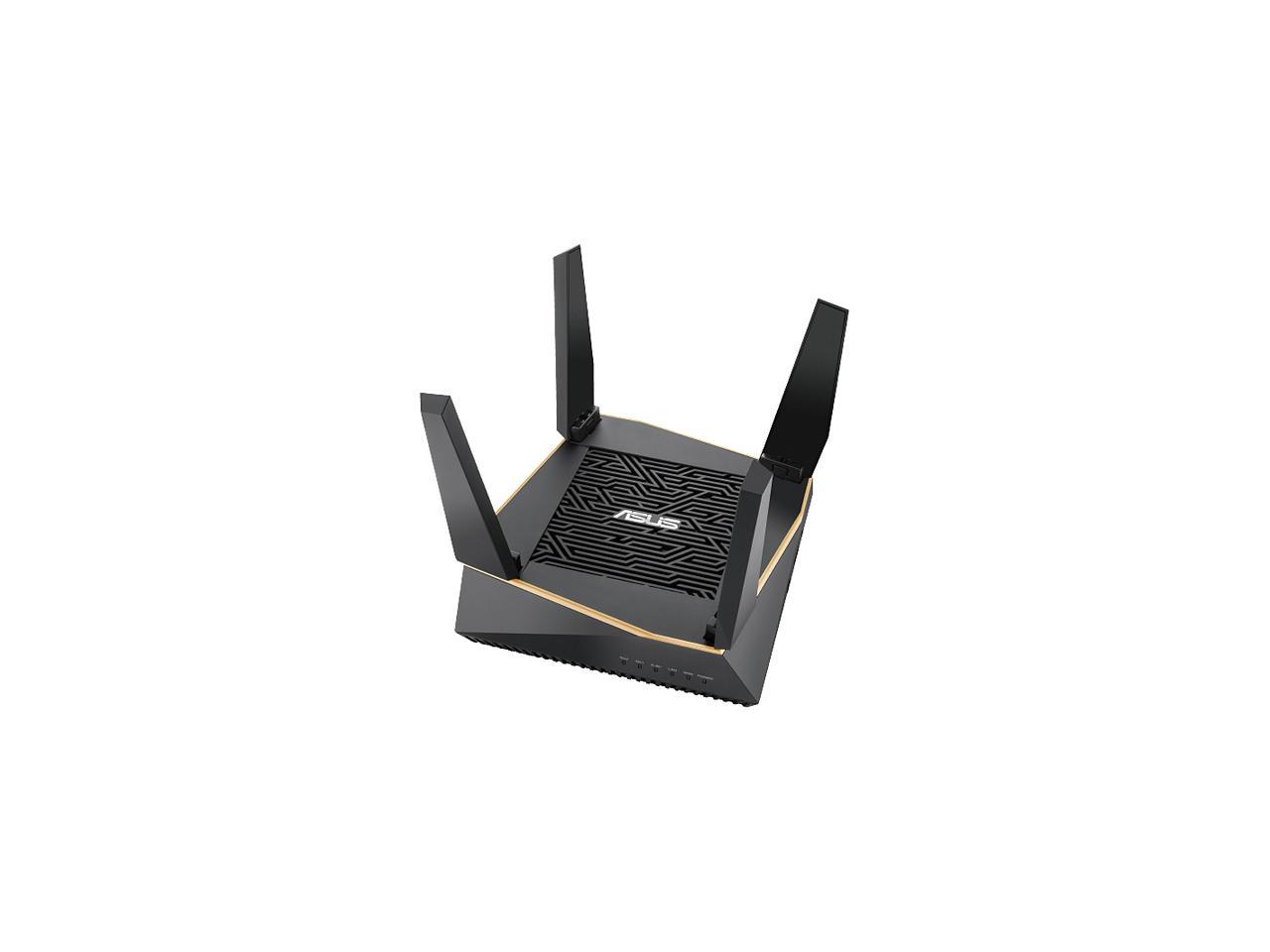 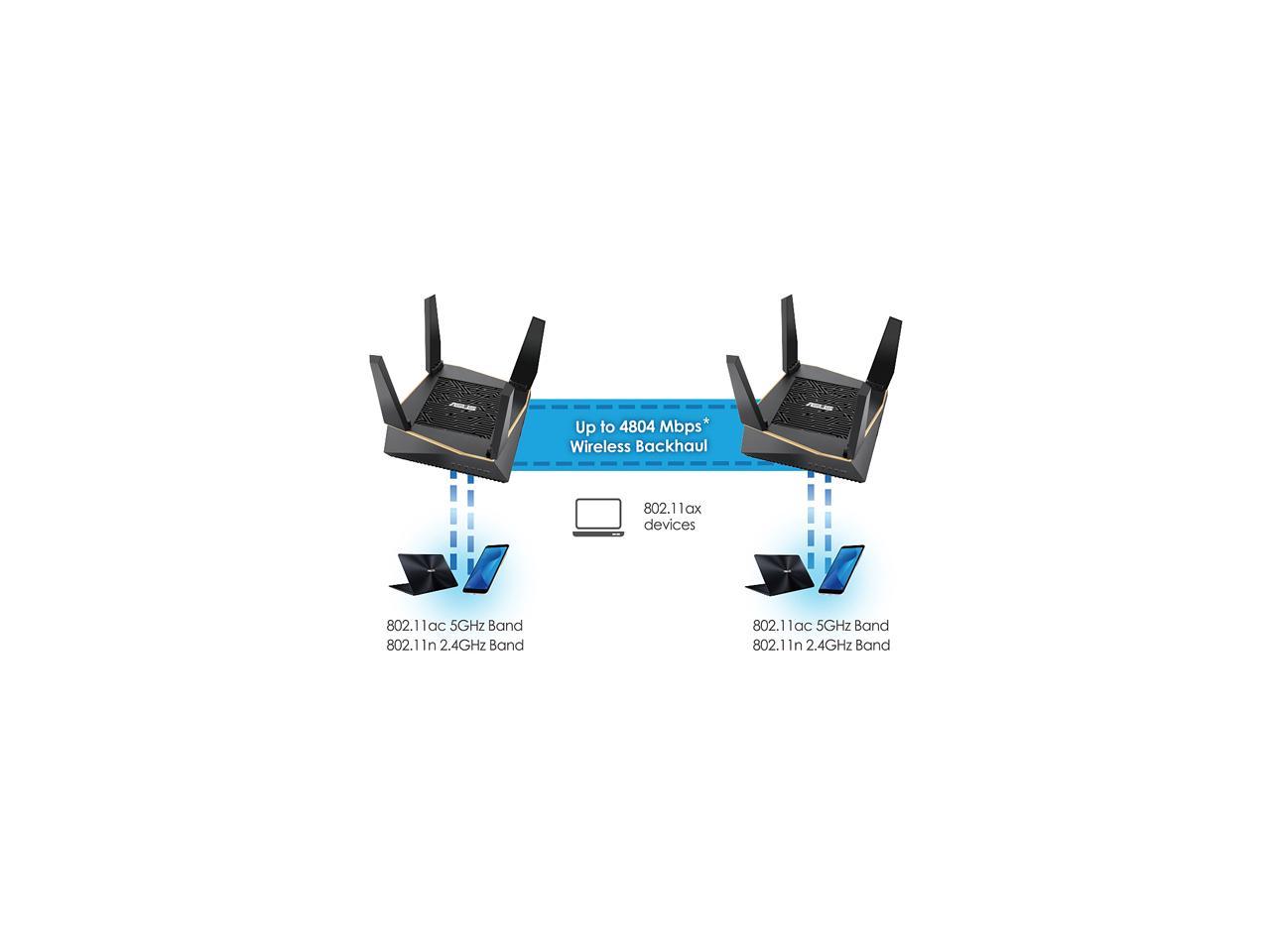 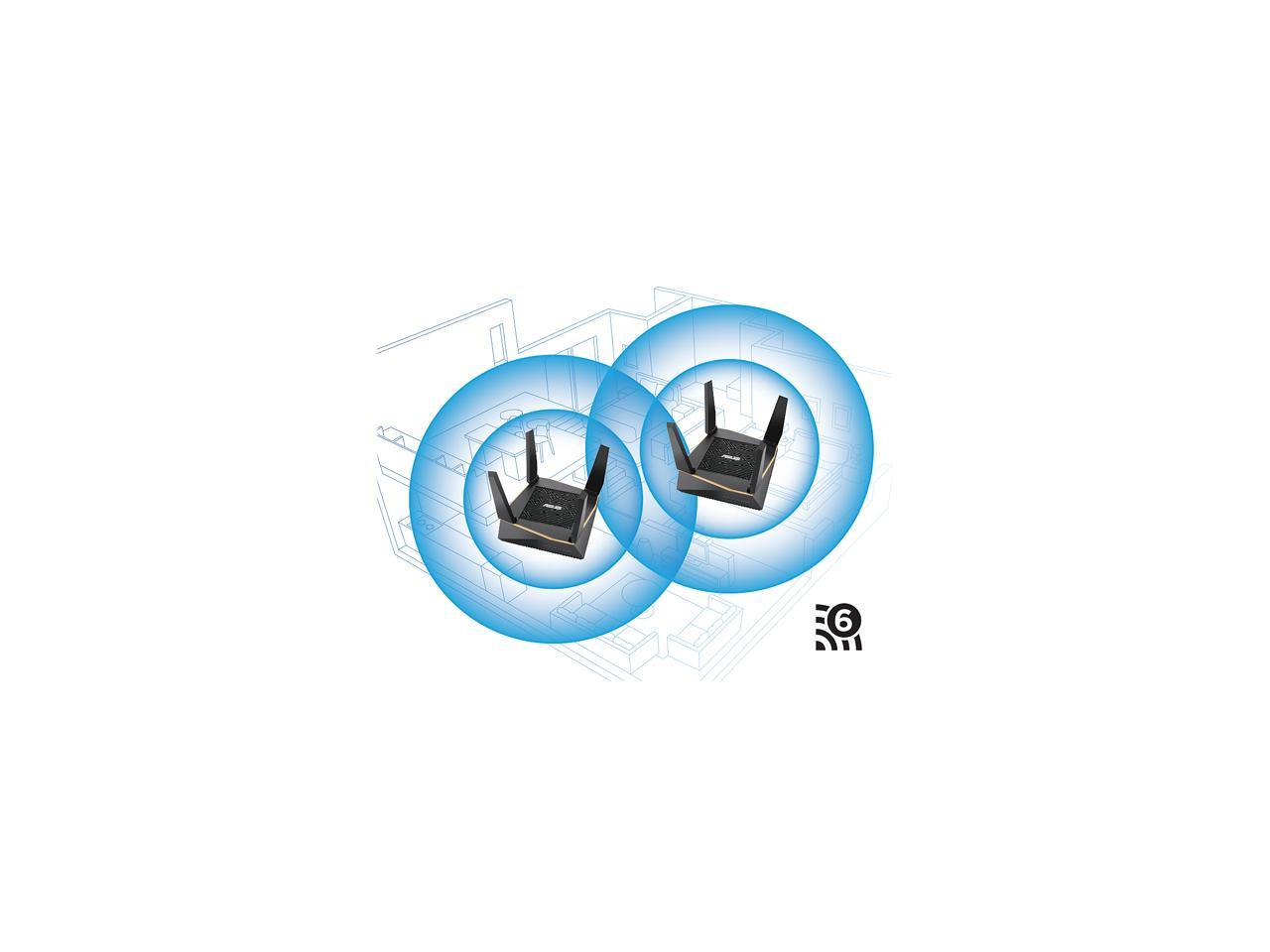 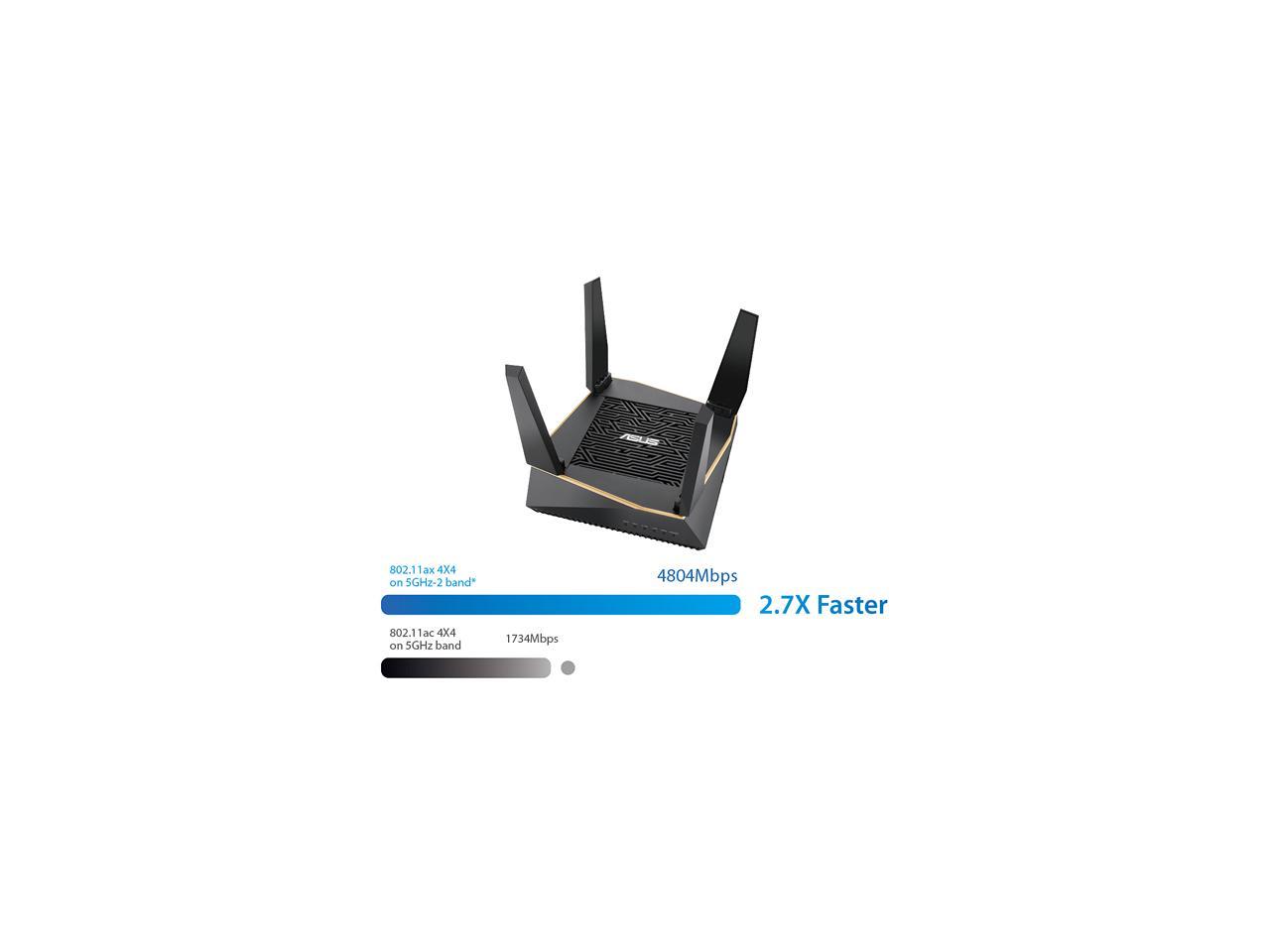 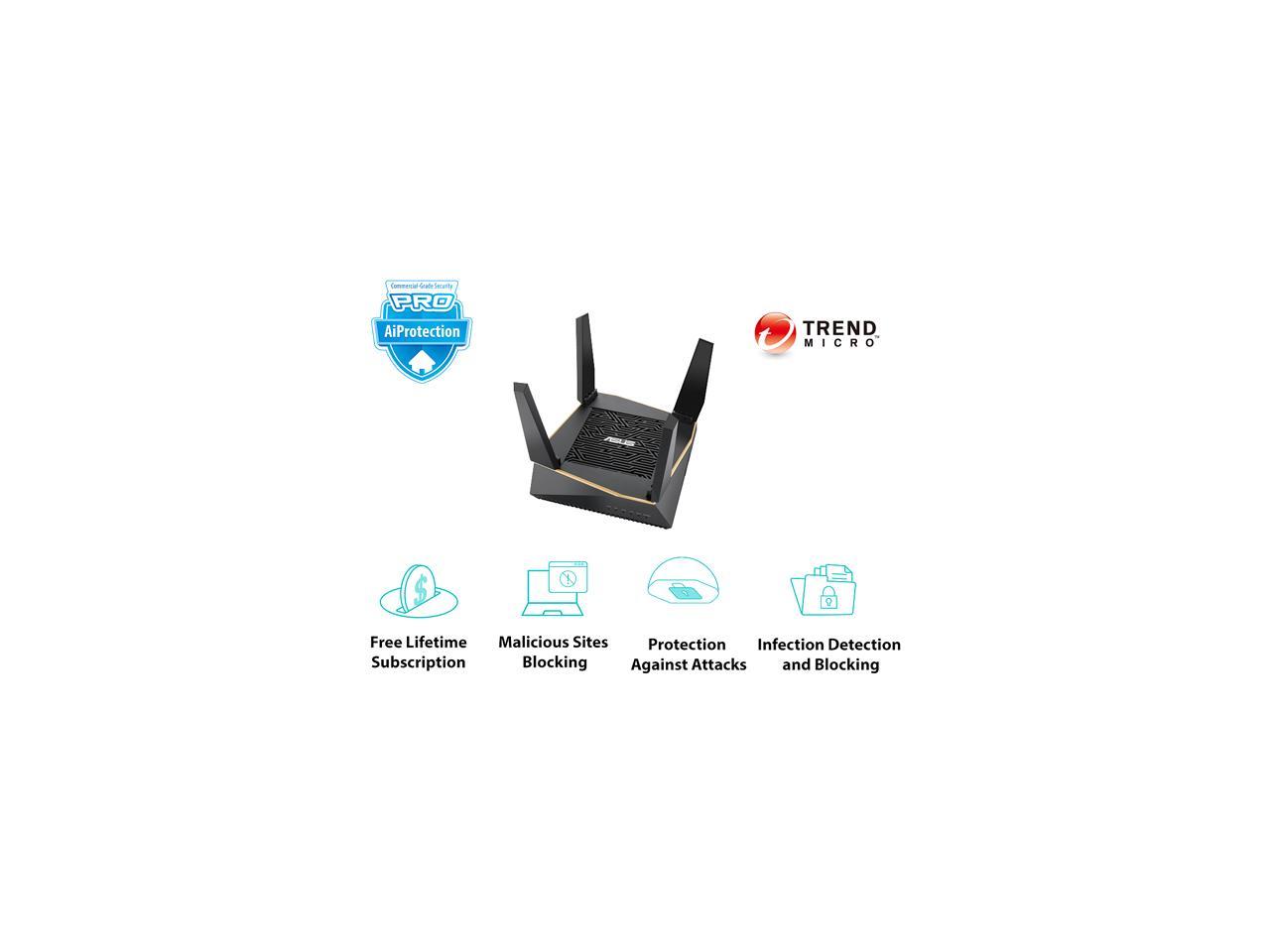 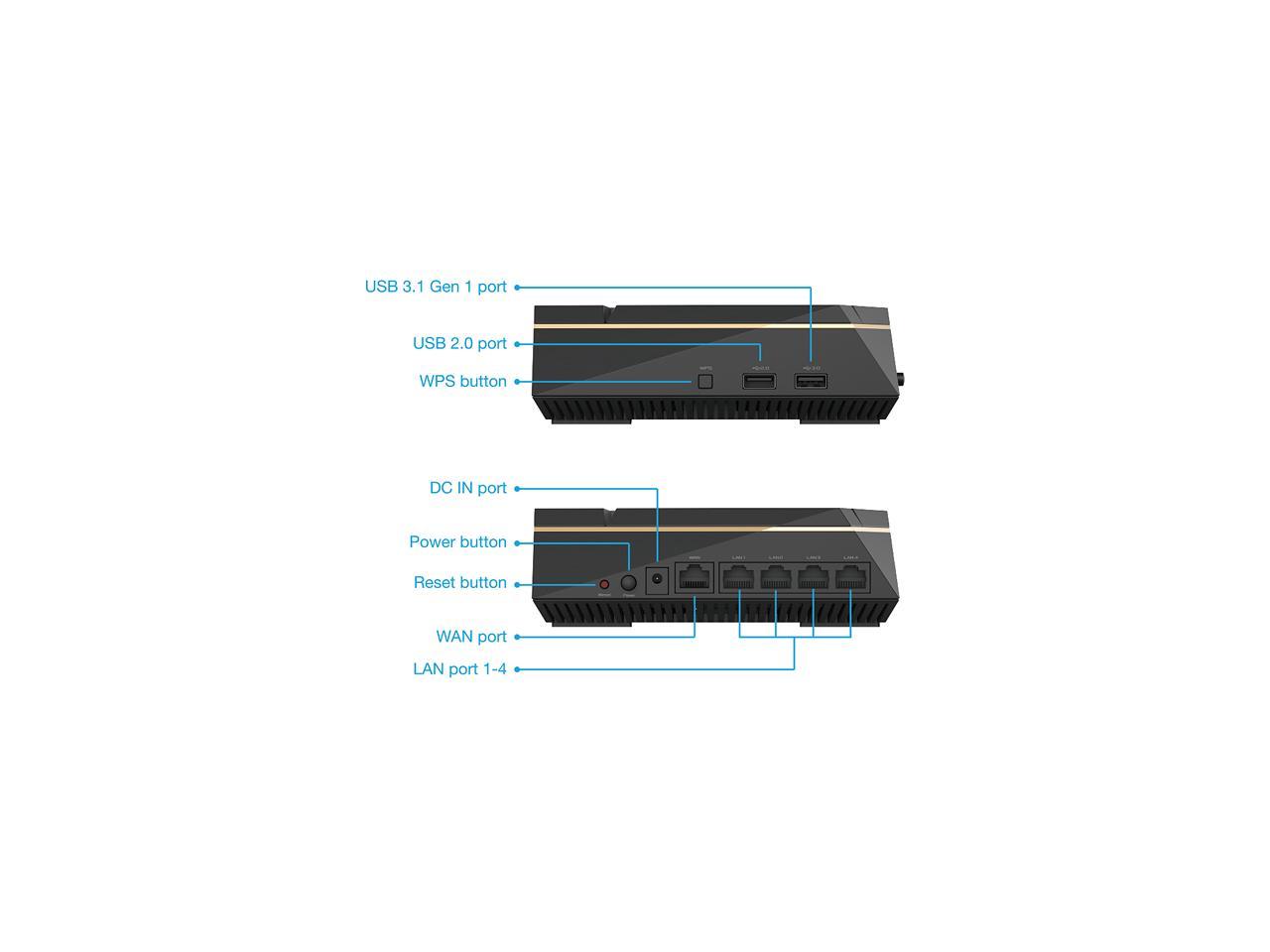 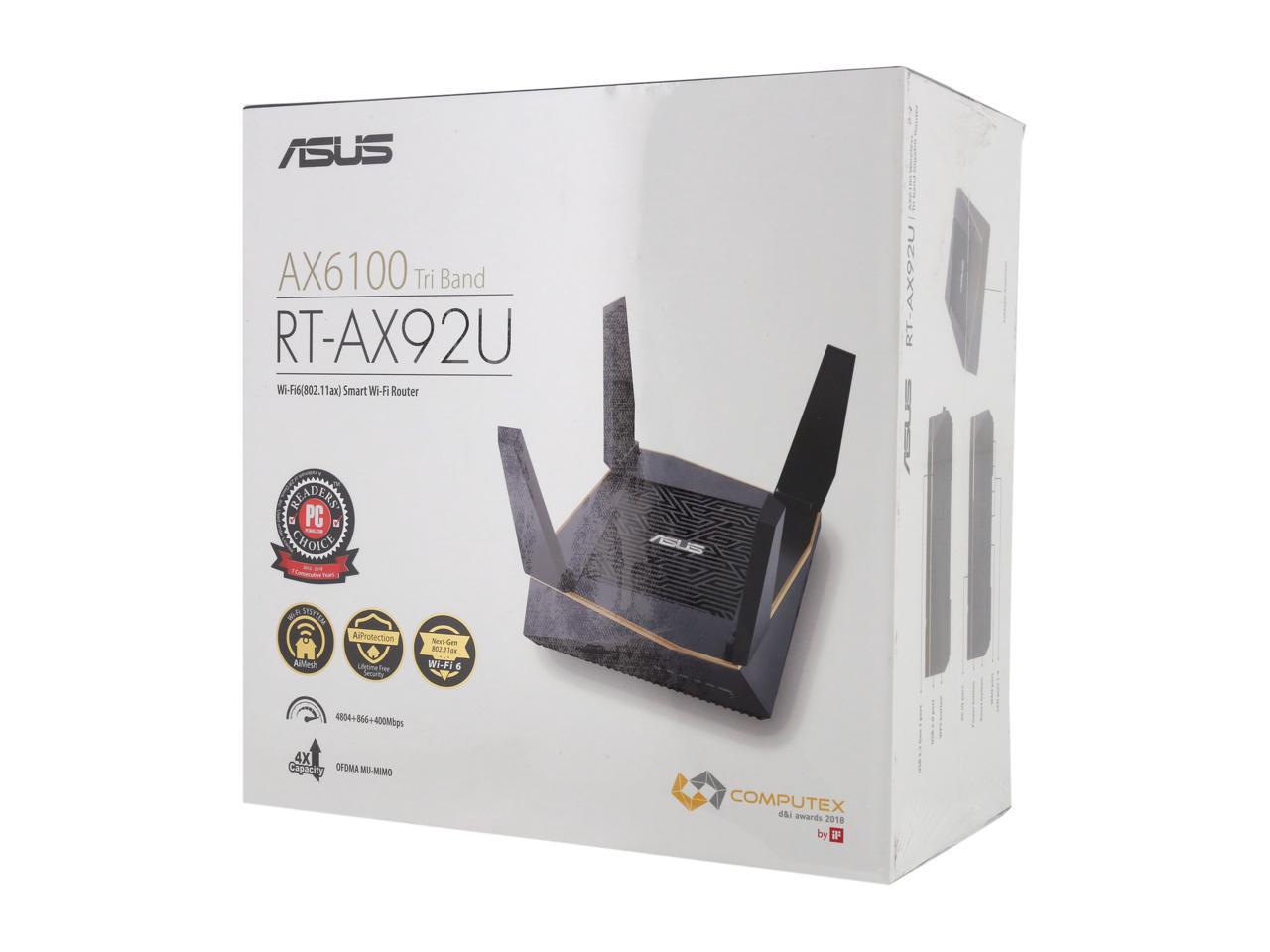 Learn more about the ASUS RT-AX92U

Cons: - No issues or drop-outs yet

Cons: The Mesh WiFi support has not worked well for me. About once a day, I will have to restart something so that I can connect again. This is very disappointing because I had bought Asus for the Mesh WiFi feature. I reassigned channels, moved extenders, used analyzers, etc.

Overall Review: I got this and 2 Asus AC1200 Dual-Band Wi-Fi Range Extenders to set up a mesh system. The router works well, but the Mesh WiFi is pretty disappointing. Router is a 5 Mesh WiFi is a 3

Cons: - While incredibly easy to set up, some of the available features could be a bit overwhelming for the less tech-savvy user

Overall Review: I've only had this router for a day, so longevity is something that must still be observed before I come to a final conclusion, but thus far, I'm blown away by this router. I only got one of these, as my place is relatively small, and even so, I'm getting better reception in the farthest reaches of my condo that I did with my previous router (Linksys WRT-32X). I have a 2020 iPad Pro and was able to test out Wifi 6 speeds and they are as advertised. It essentially doubled the speeds I was getting from my previous setup. The ease of use and features are what really blew me away. It comes with 2 usb port (USB 3.0 and 2.0) and was able to identify the devices connected to it without any hassles, which included an older Canon MG 3220 printer that I was able to share easily across my devices (in Linux Mint, which can sometimes be finicky when it comes to detecting network printers, it detected the printer connected to the Asus router immediately). Mac Address filtering was a breeze also. All online devices were identified immediately and I was able to add them to my Mac Address allowed list from a simple drop-down. The offline devices I was able to add manually, again without hassles, and was able to label them appropriately right on the interface. For those devices that were already online, it was neat seeing the appropriate logo for each already identified by the router. It includes, among many other things, built-in network protection from Trend-Micro, which doesn't seem to slow anything down so I'll keep using it for now. The traffic analyzer is fantastic, the included gaming features are amazing (enabling the gaming mode and running some tests I did see a dramatic decrease in my ping times, down 50%)... I could write a book on all the great features of this router. Again, as I wrote at the start of the review, the only question now is longevity and stability, but if those two hold up, then I may have just found the best router ever made!

Pros: I have been using this now for 2 weeks. I have a 3000 sqft home 2 stories and I have not lost a signal once. I have streamed 4k Netflix, 2 zoom meeting and 2 iPads working on line at the same time and I have not seen any slowdown due to the router.

Cons: I have not come across any Cons at this time.

Overall Review: I would and have recommended this router.

Overall Review: As we all know, in this day and age, routers still disconnect and need to be restarted. Think they would have this figured out by now. This router, used as a MESH extension would let me stay connected but internet would drop, so 10 devices will stay connected, but with no internet. Fine, I start the process with ASUS to get it replaced, but here we are 10 emails and a month later with no resolution. They keep asking me for the same information over and over. They want me to send it in for repair, rather than do an exchange (another 2 weeks). This is the 2 of 3 ASUS products that no longer work for me. Garbage company with Garbage support. Stay away from ASUS.

4 out of 4 people found this review helpful. Did you?
Manufacturer Response:
Dear Andrew Erickson, We certainly understand your disappointment and the inconvenience this may have caused you. Please know, ASUS products undergo intensive quality control testing and final inspections for both hardware and software before we release it worldwide. ASUS provides warranty for the unit in order to fix or repair any isolated factory escape defect. Should you need further assistance sending the unit in for warranty service, You can reach me at cl-adrian@asus.com. Your case for reference is N2012094243. Thank you for choosing ASUS! Best Regards, Adrian ASUS Customer Loyalty – US Support
Anonymous
Ownership: 1 week to 1 month
Verified Owner
Great Router, Asus Support Could Be Better7/2/2020 6:36:02 PM

Overall Review: Router works very well. I set it up as an AiMesh network router in my home, which is really a great feature. I had configured all of my smart devices to use a guest network on my previous router. I can find no way to get guest networks to work with AiMesh node routers, just with the main AiMesh router. I have sent the question to Asus tech support several times and so far I have received no response.

Pros: - Was very easy to set up, hooked up via a MoCA in place of my Verizion FiOS router with no issues at all, 1 LAN connected, 8-10 wireless devices - Offers strong signal throughout house (3 story, almost 6000 sqft) - Love the potential of setting up a mesh network but works great for our current usage - App and browser interface with router are easy to use and intuitive

Overall Review: I'm a moderately tech savvy individual, did some research prior to replacing our Verizon FiOS router and had no issues at all switching equipment and connecting pretty much right out of the box. Have not had time to explore all of offerings of the router, but so far, have enjoyed the boosted signal strength, fast connections, and router interface and controls. Can't wait to explore more capability of this product.