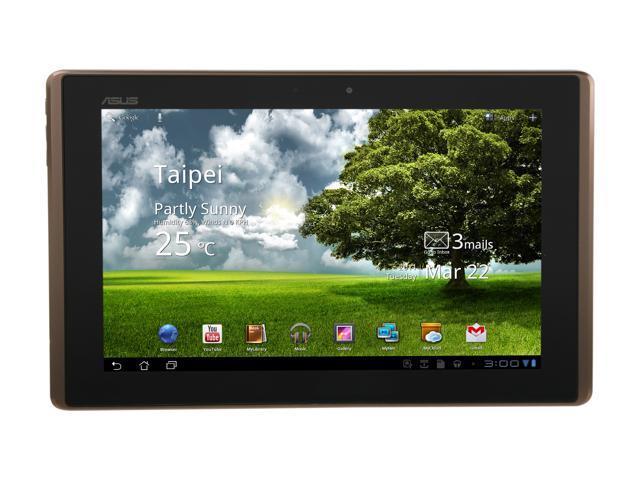 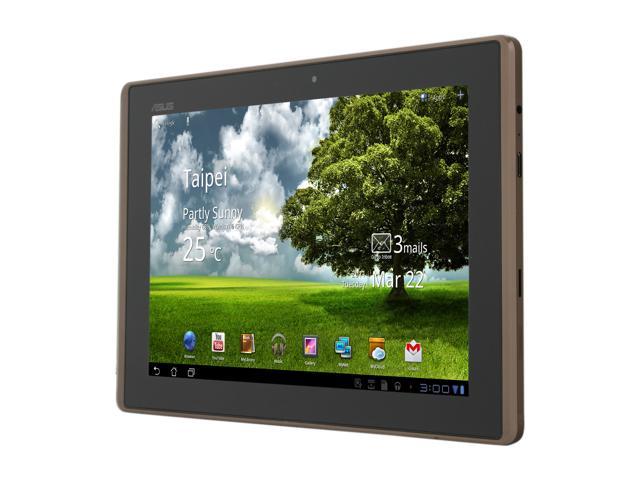 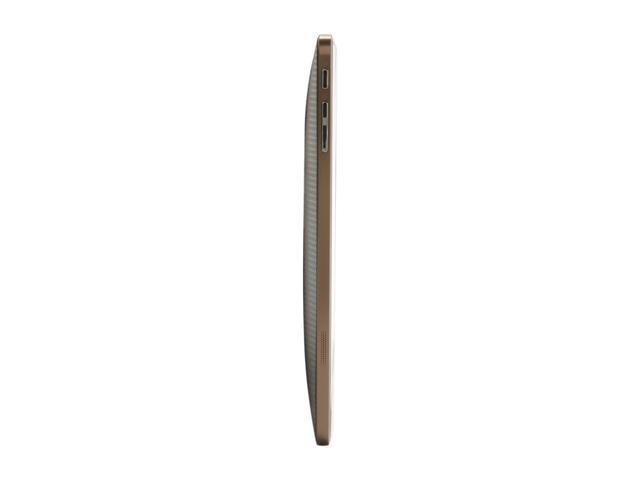 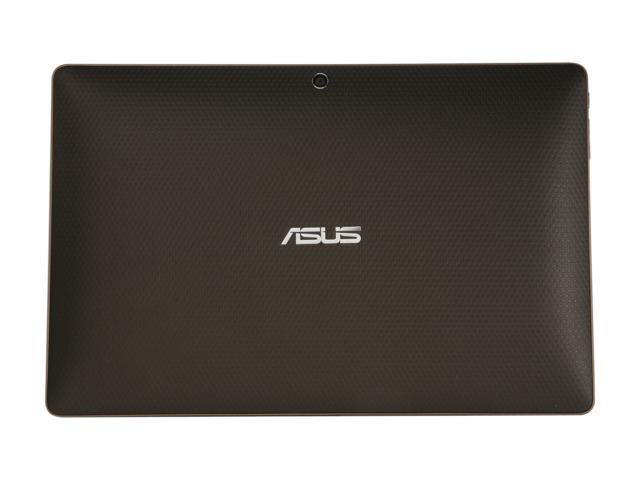 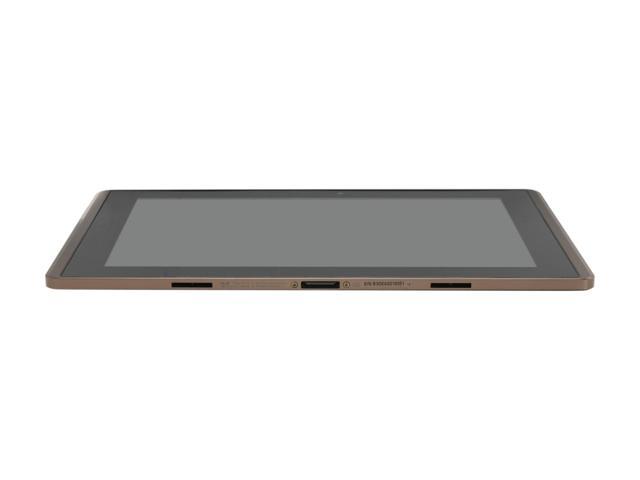 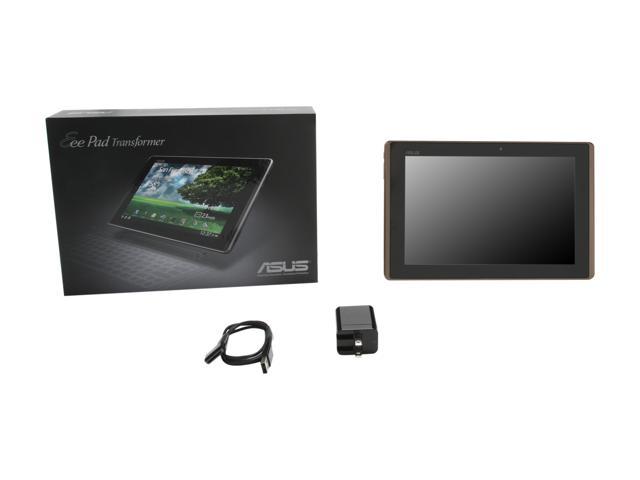 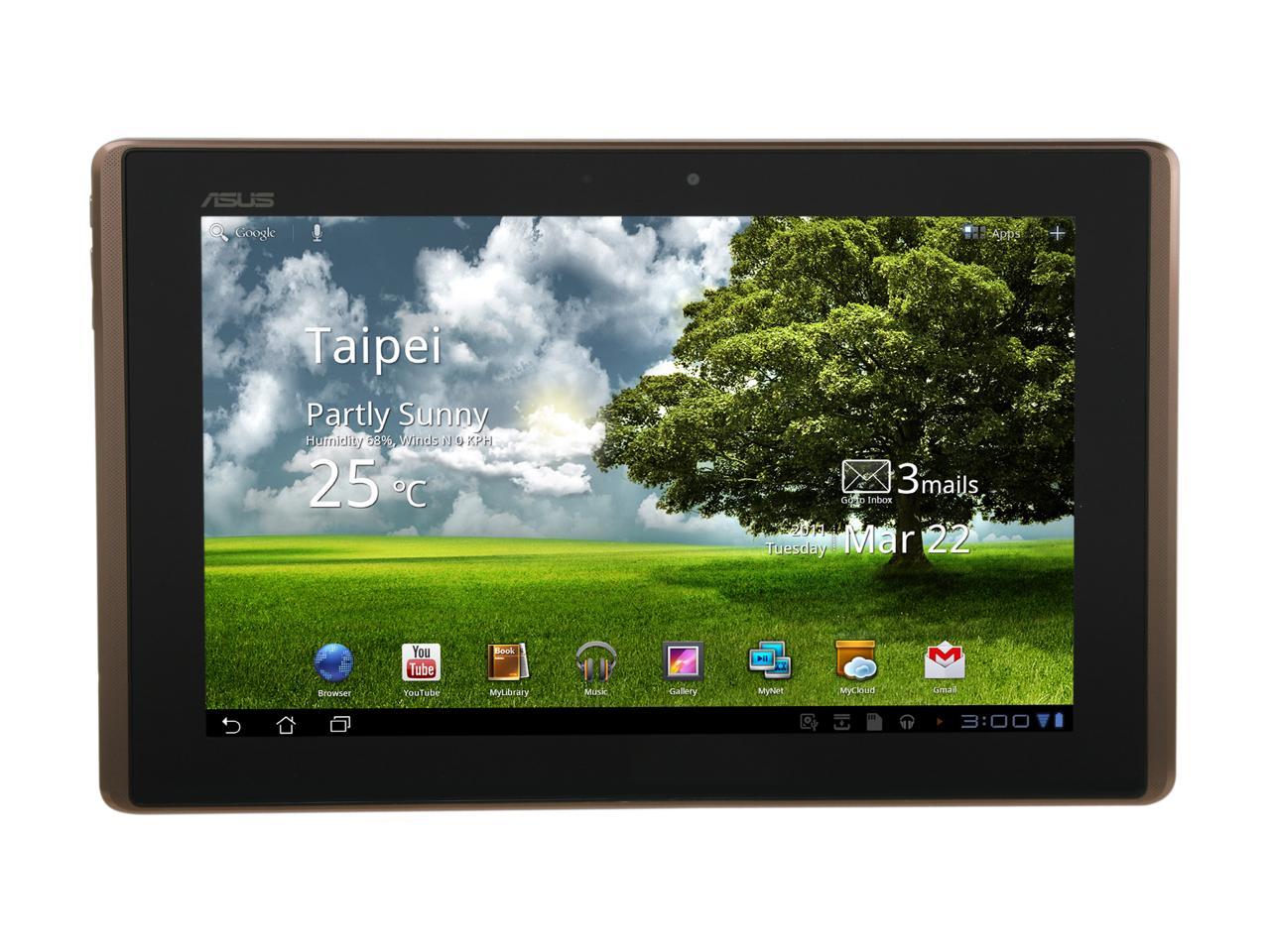 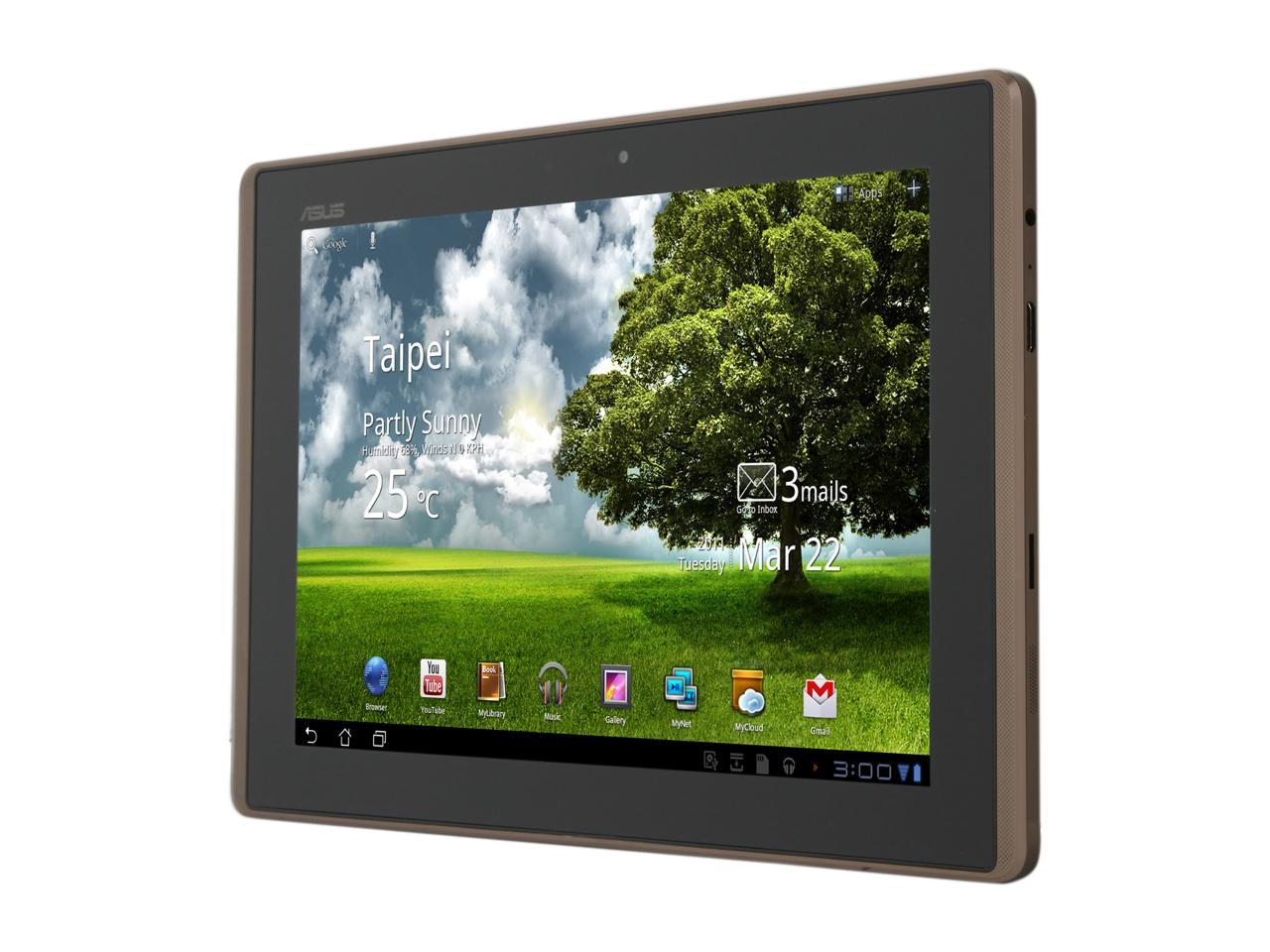 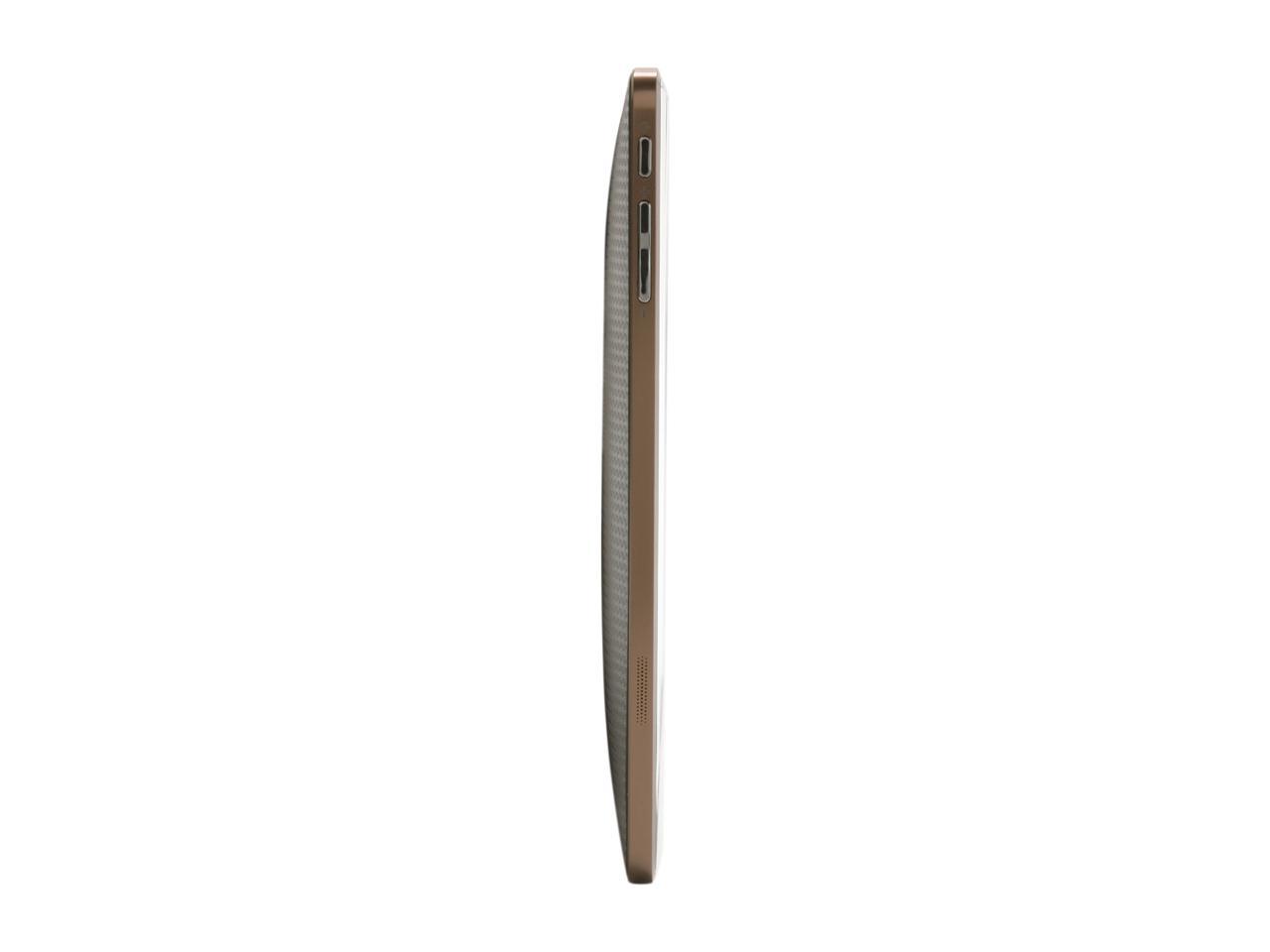 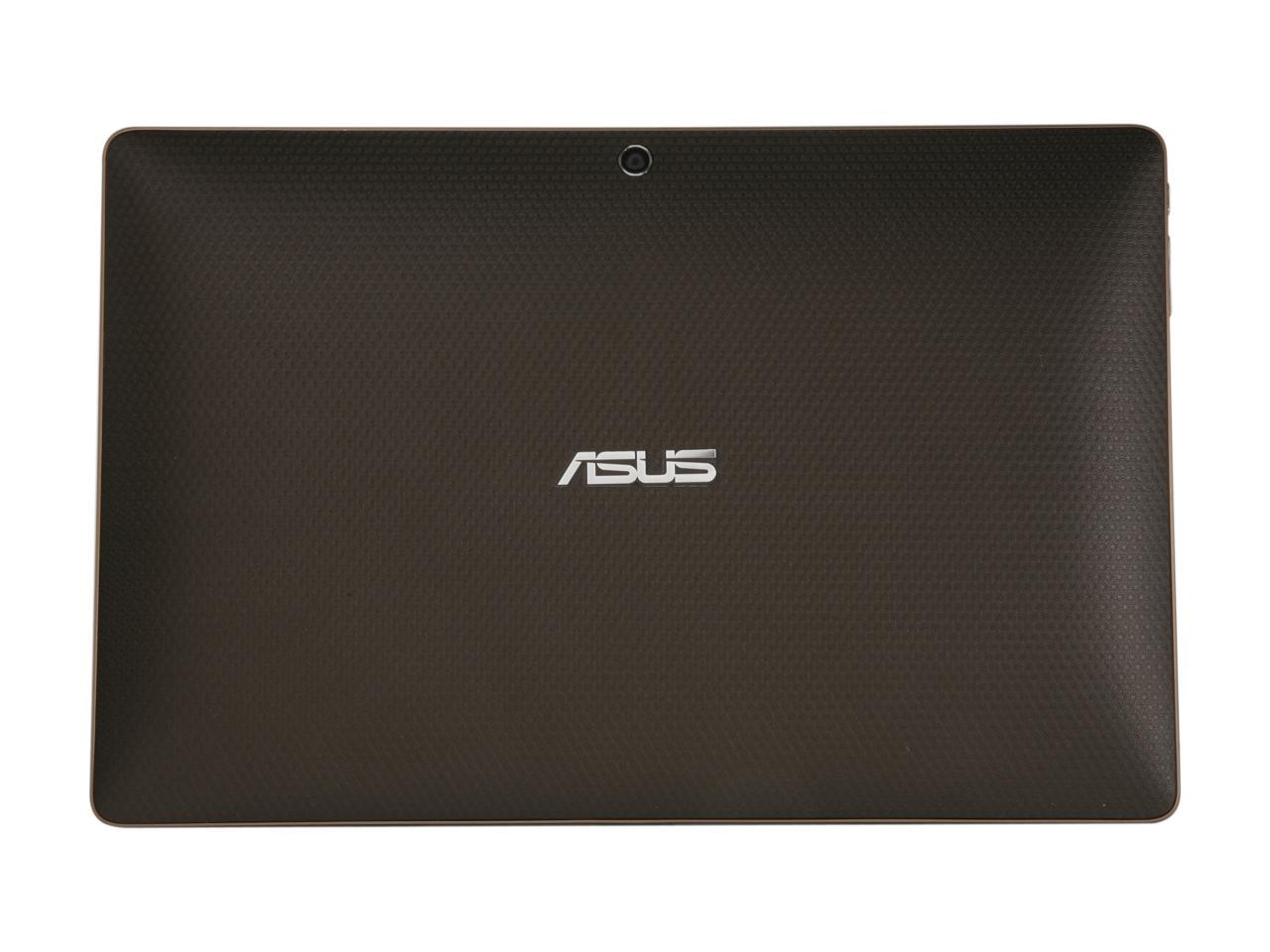 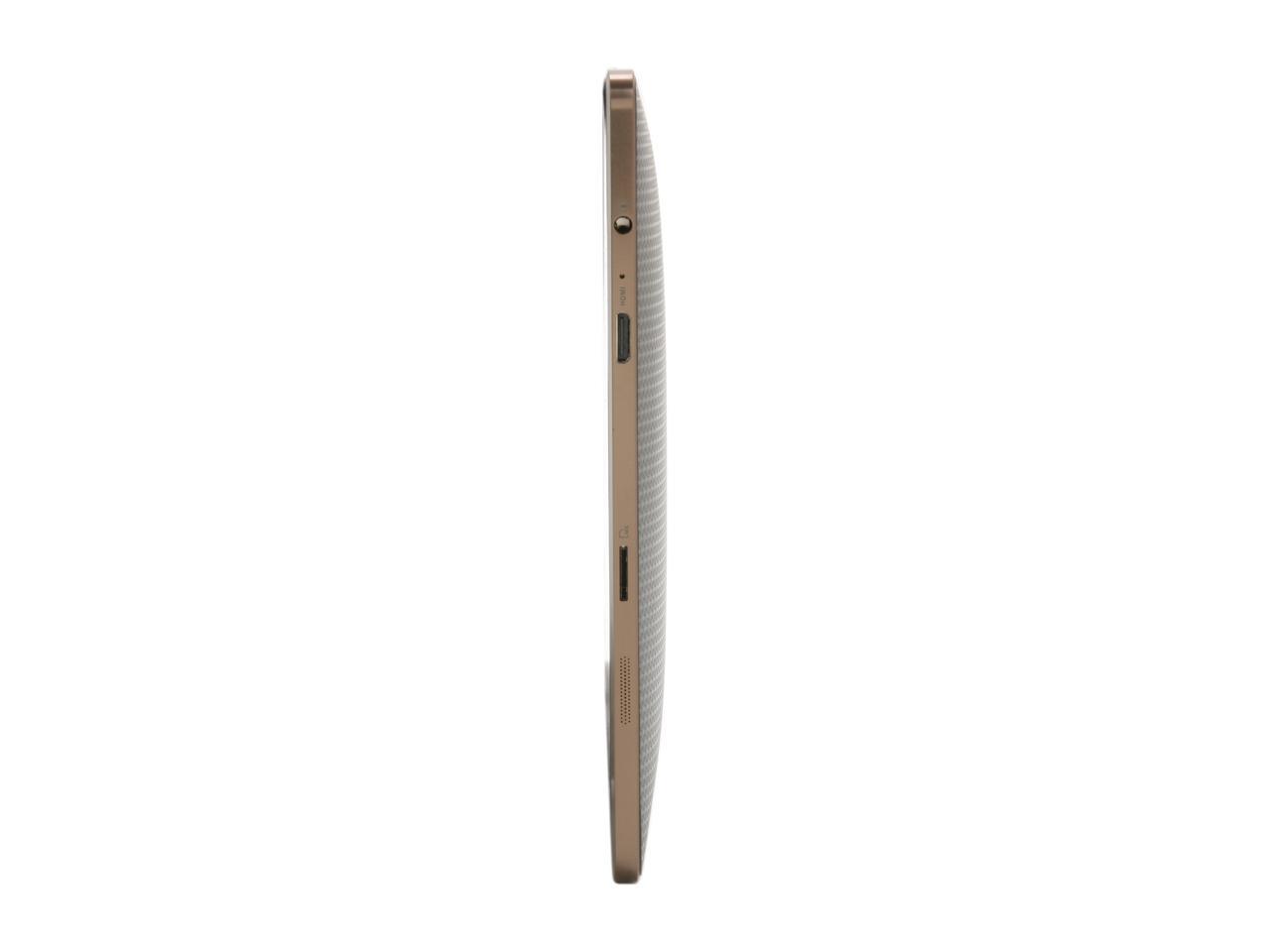 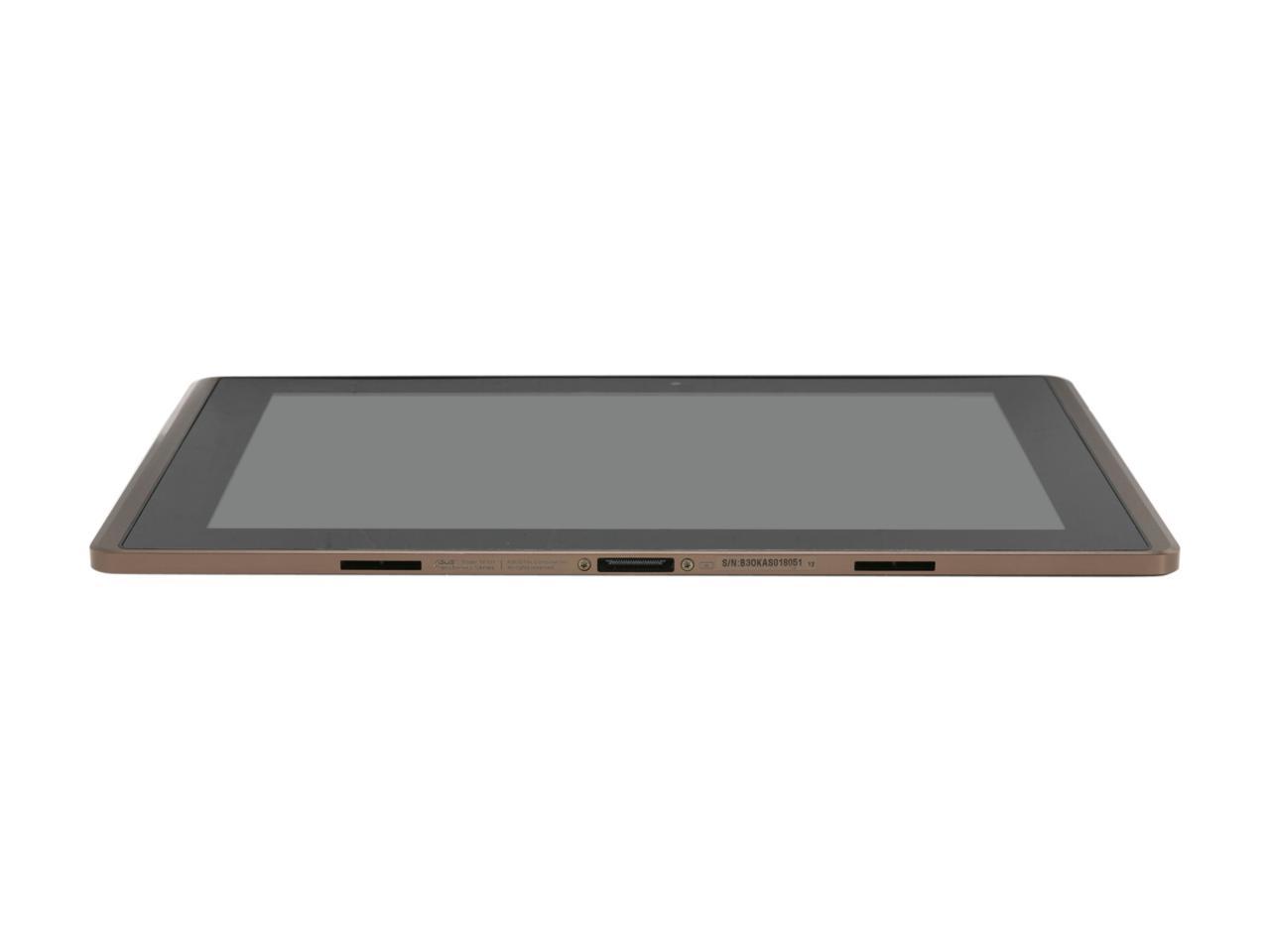 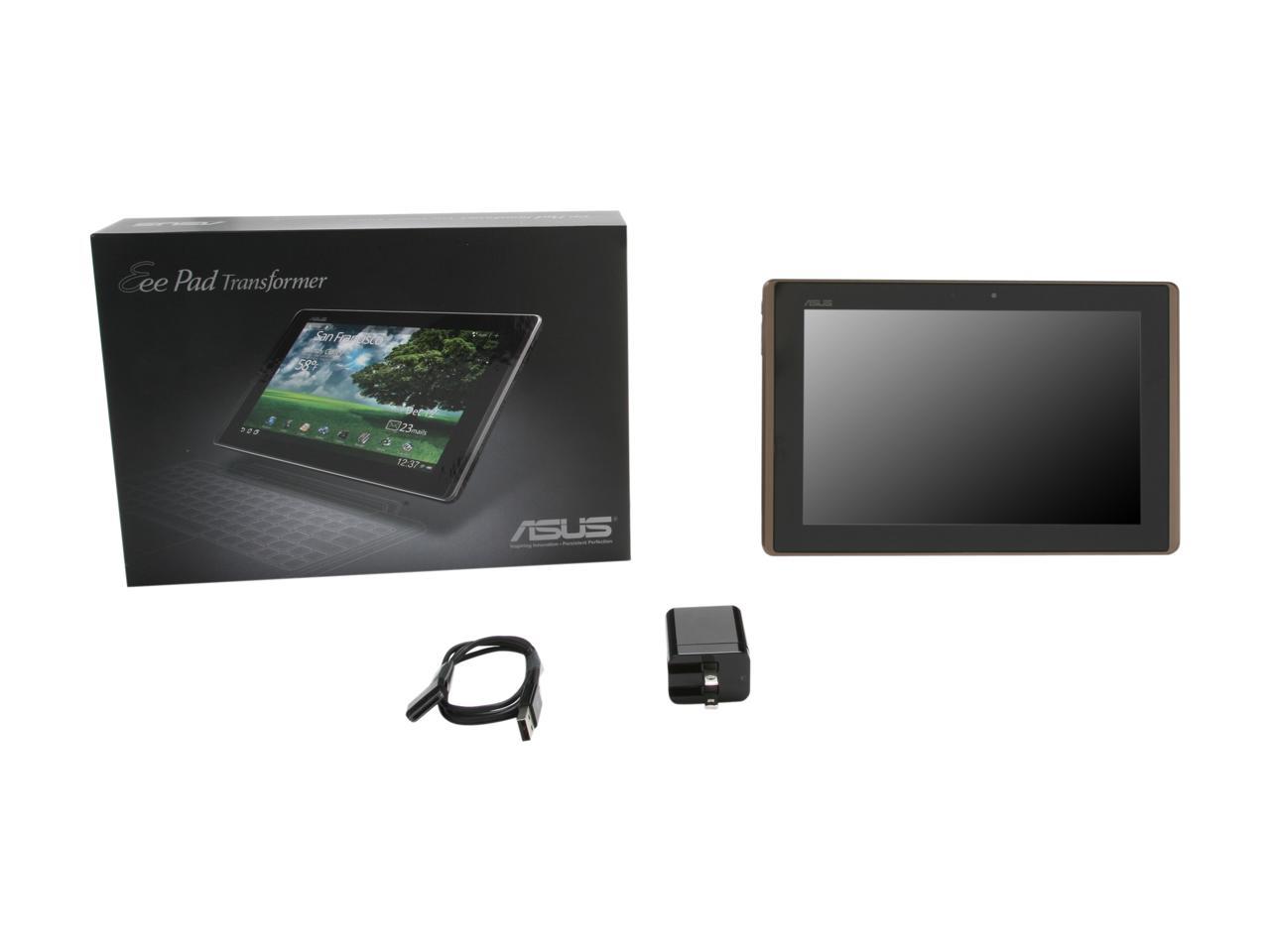 (217) Write a Review
OUT OF STOCK.
Overview
Specs
Reviews

Which Android Tablet is Right for You?

Your search for the right Google Android Tablet might be over with the ASUS Eee Pad Transformer tablet with the Android 3.0 operating system installed. This versatile Android computer tablet features a slim frame and light weight for easy handling. You’ll enjoy every moment sharing and creating with this Android Wi-Fi tablet.

The Android Tablet You Need Pros: .This is one product where all the manufacturers claims are true. With automatic brightness on, this tablet lasted a 7 hour car ride with 5 girls handling it and then an hour video fest, all on one charge. The screen is bright, very crisp, and amazingly scratch resistant. I accidentally stepped onthe screen itself it and there was no damage. And the viewing able is about 170 degrees. The flip sensor has great accuracy and turns any of the four directions. Comes with Polaris Office, which accurately reads and creates Documents, Spreadsheets, and Presentations (first two tested). Great multitasking! You can have as many windows open as you want, just hit the home button to minimize them. When you click on the programs icon or using the task switcher, you go right back where you were on any app. Good free apps that are available at the writing - fully flash capable browser ( ess Java), Pandora, YouTube, Tumblr, Dropbox, Splashtop Remote Desktop Connection, Google Goggles, Sky

Cons: The cameras leave some to be desired. The sound is really tinny (high on the video), but the video framerates are respectable. The 5mp camera takes a year and a half to focus, but the user facing one does really well, like a good cell phone camera. The Asus keyboard is almost unusable online because of the almost 1/2 second lag per click, but switching to the android keyboard fixes this completely. I like the android keyboard better myself.

Overall Review: It comes with a limited android market, because its a new product. No Netflix, no skype video, but its an everexpanding market, so products are released often. It has GPS built in, which can be very useful. But you have to start the trip somewhere with an internet connection, and its very slow at recomputing If it comes between the tablet and a low end netbook, get this.

Cons: (though many people arnt giving any, there are some) Fingerprint Magnet Bad Speakers (works great with headphones though) Missing certain Android apps (but they're going to be compatable soon!! :) *with keyboard dock: xbox 360 / ps3 controller compatable

Overall Review: i love the faces of people when i show this to them, this is by far, hands down, the best tablet on the market. it was well worth the 1+ month wait. go watch some youtube video reviews on it and you will see that the speed is actually AS FAST as the iPad (what other android tablet can say that?) not only is it super fast, but its cheap, THE CHEAPEST ANDROID TABLET!!!! i absolutely love this thing, and i dont dare go anywhere without it anymore. for an additional $150 you can add a keyboard dock which almost doubles the battery life and has an additional SD card slot and 2 additional USB slots (which can utilize a xbox 360/ps3 controller to play games) i am absolutely happy buying this, i have no regrets, and unless you are an apple dork, neither will you!

Pros: Beautifull screen, 1280x800 i believe, the ipad only has 1024x600. Price for it is very good as well, 16gb, hdmi and a port for expanding memory for only $400! Great deal! Very solid construcion, you can get a keyboard docking station with it as well for an extra 150, I have the dok and they ake a great combonation. Pre-installed apps are nice, the Polaris Office is an android version of microsoft office and is even compatable with it, working on documents is a breeze. Gret battery life, holds out better than my phone even on extensive use. No overheating, which is nice, even the dock doesnt, like other netbooks or laptops they get warm, not this guy, keeps kool all the time. Android has its ups and down, but I'm writing a review this bad-lad, and I love it, hope it lasts a long time, using it for college and I love it.

Cons: Its a bit on the heavy side, not a big deal because its all pure quality work. Camera could be a bit better. Would be nice if corners could be a bit more rounded as well just for comfort of holding, the back pannel makes up for it a little though, you can have a nice grip on it. The dock can lag a bit when typing but once you get into it after a little while it doesnt lag. No spell check lol. The worst thing about this package woud be hthe charger. its a tiny usb sync cable about 3 feet long, WAY to short and is a bit wimpy. It is a bit wide, the bezel on the left and right are a bit much, makes it hard to type when you are holding it. PEOPLE ASK IF ITS AN IPAD, and im like "Pshh, Bish-Plz, dis is an ASUS, way better than those useless things, so many moar features and way better build". The video playback could be a bit better as well, thats only with when you're playing the recorded vids you took. Having some prollems playing movies at the moment, I'm sure I'll figure it out.

Overall Review: YOU MUST GET THE DOCKING STATION I HIGHLY RECCOMEND IT. I got 2 micro sd cards adding up to 64gb so i have 80gb total of space, 48 without the dock. As for actually docking it, would be nice to have guides for docking, you gotta eyeball it on, once ou get used to it its ok, having to push the lock to unlock helps with docking as well. The keyboard is also quality build, they make a nice pair, the looks on friends when I pull it off the dok is priceless, an extra 7 hours in battery life is nice too. As for typing yes it is the size of a netbook but whatever. To the babies who complain that the mouse pad gets in the way while typing, just turn it off...The keyboard has some android functions like the home and return button. Would be nice if the mousepad had a scrolling features for pages... The fact with the dock is it has USB as well, 2 infact, which is nice. I might get a bluetooth mouse, idk tho. DANG THIS IS A LONG REVIEW LOL

Pros: portable, fast, option keyboard/battery is the best option for a tablet/keyboard combo I have seen.

Cons: charging cable is not standard. Android can be buggy.

Pros: The Transformer is lightweight, it powers up very fast, the battery life is excellent and there are many apps to chose from too. The display is excellent, and the audio output is very good as well. I was more than impressed with this tablet, and highly recommend it. It also works flawlessly with the splashtopHD app, and allows me to remotely connect to my home computer from anywhere.

Cons: The only cons about this device are the lack of a USB port, but of course this is by design, there are several USB ports on the available keyboard. The only other thing I can say is the cameras are nothing to get excited about, there are two of them and they do work very well, the image quality is just a little lacking but not horrible.

Overall Review: If you are looking for an excellent, affordable alternative to the over hyped fruit product then get this thing. You will not be disappointed.

Pros: I bought this because ASUS (Asus has been in my machines since 1997). There's a standalone GPS. A widescreen 10.1" 1280 x 800 resolution IPS screen. The Nvidia chip makes me very happy. At 9hrs of battery life, I find that lasts me about two days of normal use. The app availability is plentiful and grows daily. I'm using it as a paperless cockpit when I fly. The Avilution Software app is fantastic and provides everything I need for situational awareness when I fly. The WIFI antenna is really good. I've been able to pickup signals in places I didn't expect there to be one. The screen is visible and readable in direct sunlight when on full brightness.

Cons: Be prepared to be asked if it's an Ipad. It doesn't have cellular phone ability.

Overall Review: It's heavier than the Ipad because it's bigger! It has a 10.1" screen compared to the 9.7" Ipad. Just being bigger adds material which justifies it being 2 ounces heavier. I carry a 1.2 ounce Samsung prepaid Tracfone to make short necessary calls. Then use the Skype App and Google Voice SMS when I get WIFI.

Pros: I work in IT and I often need to log into customer's machines remotely for support and installation. I also happen to be an Android-lover. This device paired with the keyboard/docking station allows me to do my work and play all in one device. When docked, the Transformer is a perfect laptop/netbook replacement. I VPN into my office network, setup a remote desktop session into my work PC and from there I can support our customer base as needed.

Cons: There is a small dust particle (not a dead pixel) behind the glass in the upper-left corner of my screen. Not worth RMAing.

Overall Review: If you were a fan of Freelancer and or/ Wing Commander Privateer then I highly recommend Galaxy on Fire 2 THD from Android Market. Very similar... very addicting :-). Oh and BTW Newegg is the best!

Pros: * Beautiful screen, better quality than the Motorola Xoom (imo) and on par with the iPad 2 * Quick and responsive w/ the latest version of Honeycomb (3.1), the new Tegra 2 chipset doesn't leave you wanting * Great battery life. Medium usage easily yields about 2-3 days' worth of battery before having to recharge. * Expandable. MicroSD slot allows you tag on up to an additional 32 GB of storage. * Nice form factor, about the size of an iPad but not as small as the 7" tablets, obviously. Feels a bit better on the hands than the smaller tablets. * Nice Asus software out of the box -- Remote Desktop to a local machine in your WiFi network (with the proper software installed on said computer), integration with Media Servers * Great price at $399.

Cons: * May get a little laggy with heavy/demanding multitasking * App support is uneven as of now -- certainly no major exclusions, but just annoyances (i.e. NetFlix, Facebook, etc) * The occassional unexplained crash from the Browser * Proprietary 16-pin connection to USB cable -- why couldn't they use standard MicroUSB like every Android device on the market right now?

Overall Review: I'm a bit of an Android veteran -- I've messed around with development on the platform since its inception with the T-Mobile G1. Each iteration of the platform has brought some much welcome improvements. I decided to get an Android tablet to better understand how the device would be in practical use, so to get some application development ideas. After reading reviews online, I decided on the Asus eeePad Transformer. The price and feature set was hard to deny, especially considering its competition (Xoom and Iconia). The keyboard docking station was more a novelty for me -- I was more concerned about the tablet experience. I must say, while showing immaturity in some facets, the Honeycomb build of Android pairs very well with this device. Great battery life, very responsive UI, all the niceties of Android (multitasking, notifications, Google integration), beautiful screen.