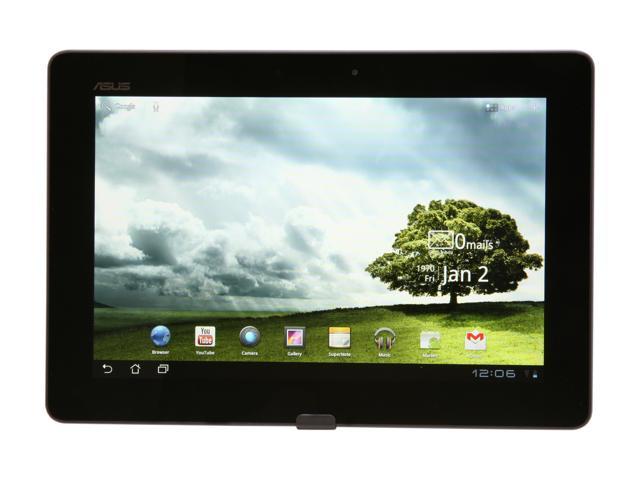 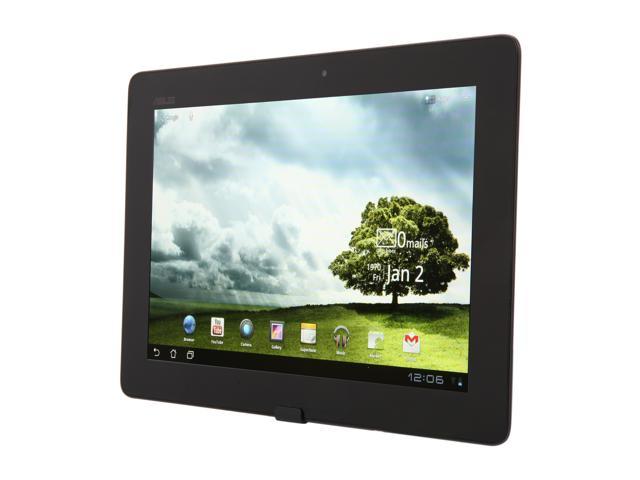 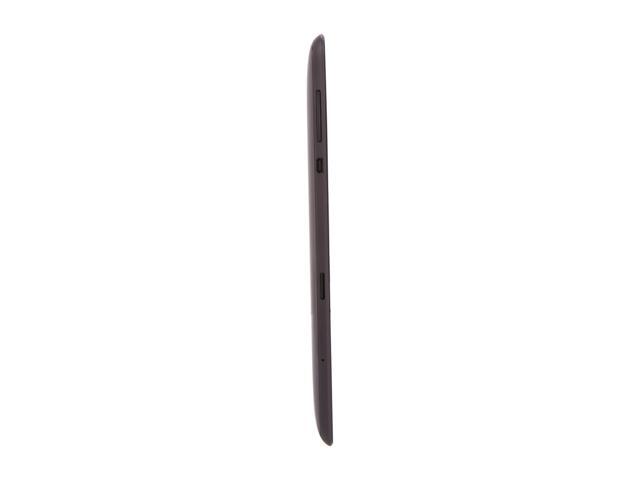 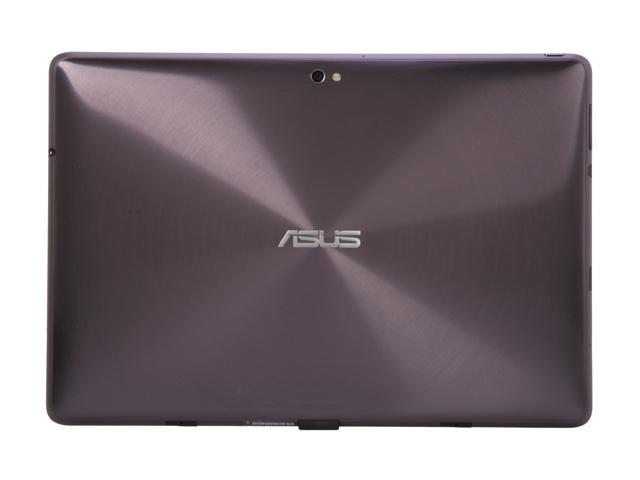 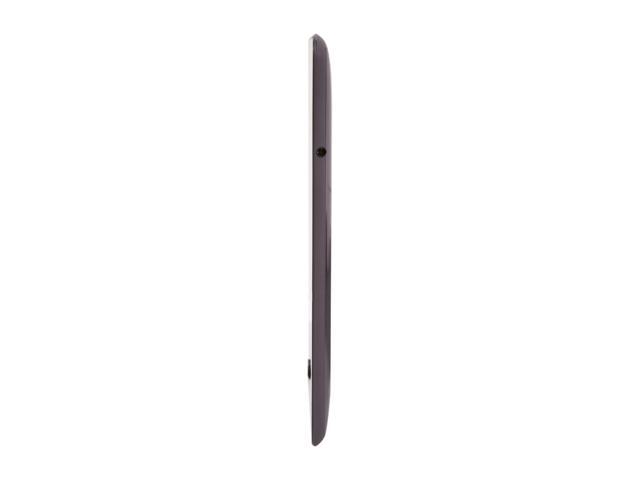 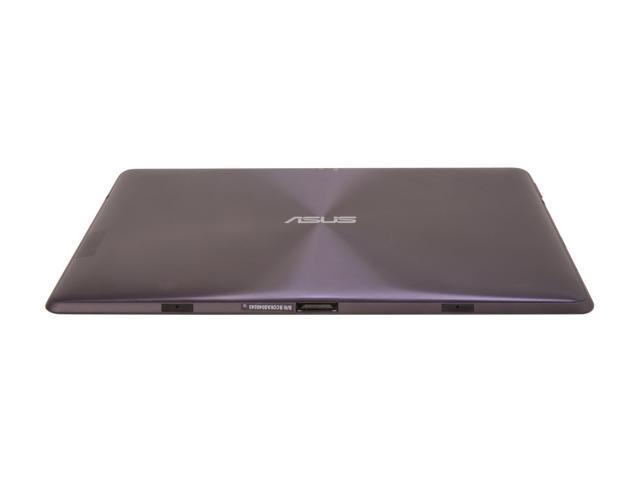 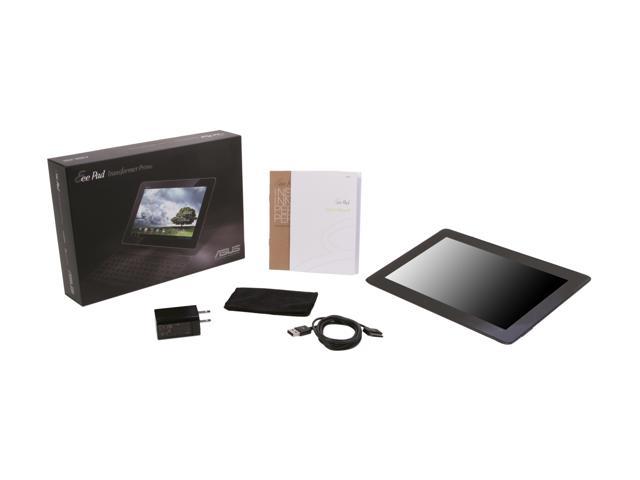 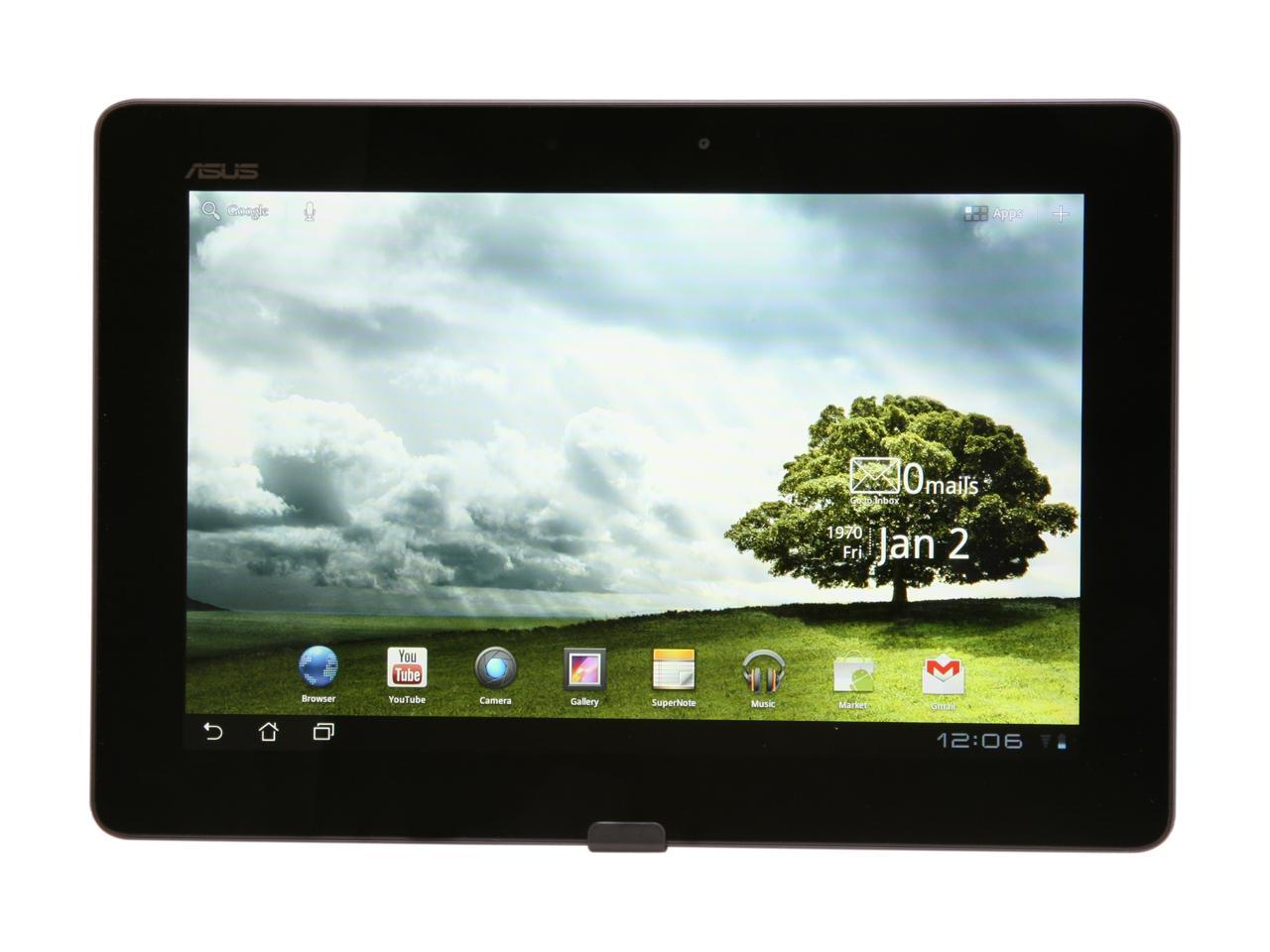 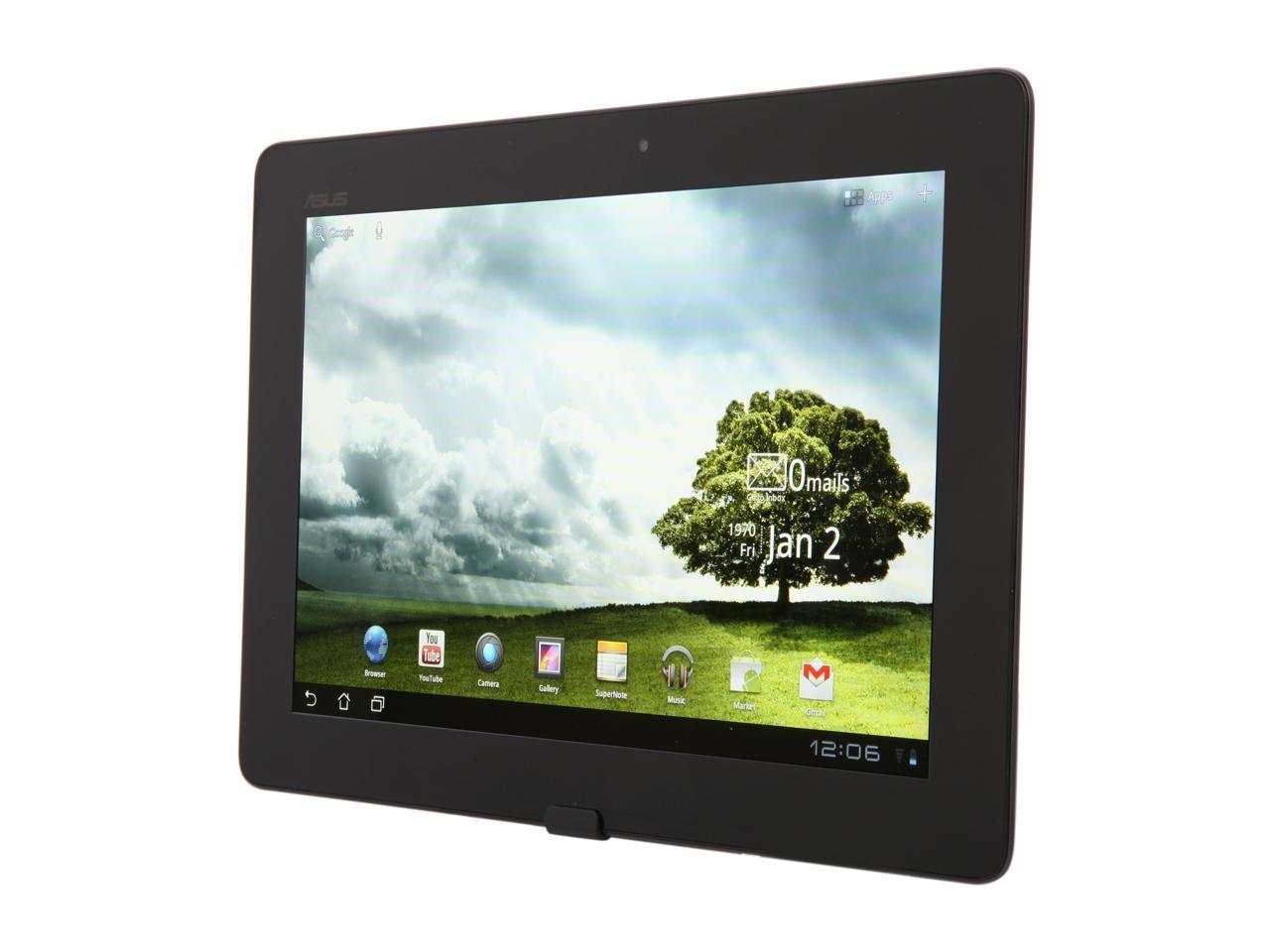 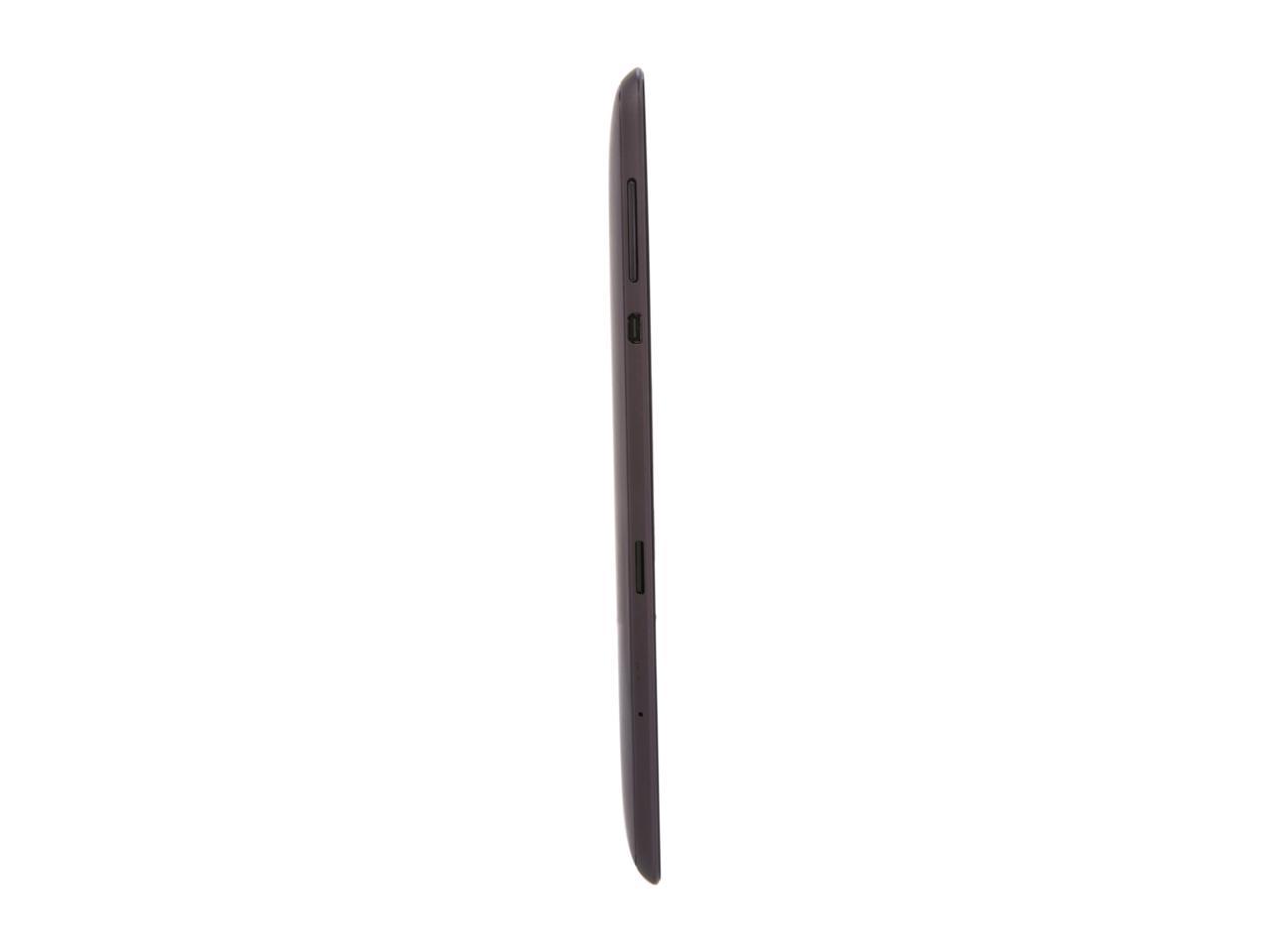 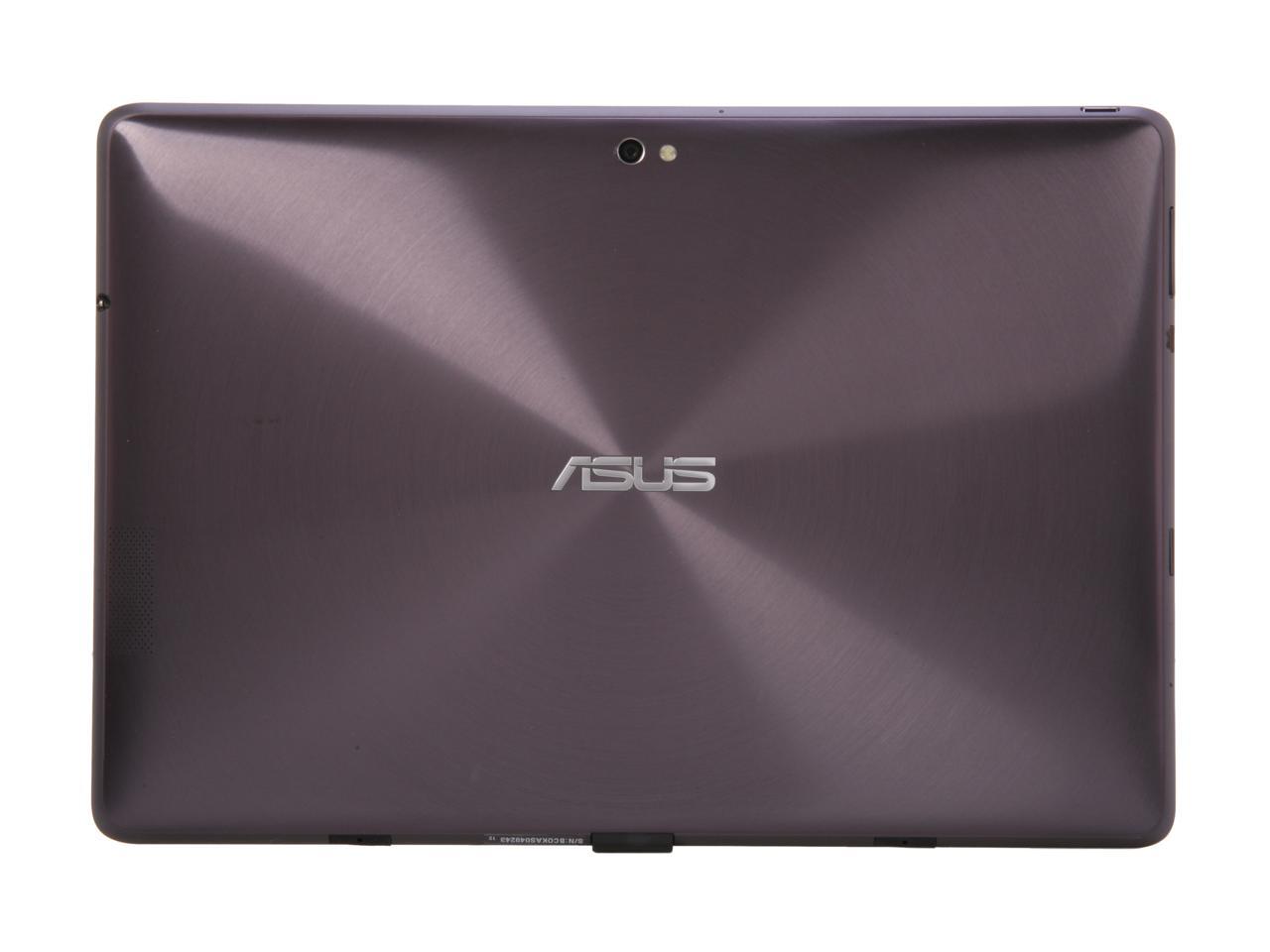 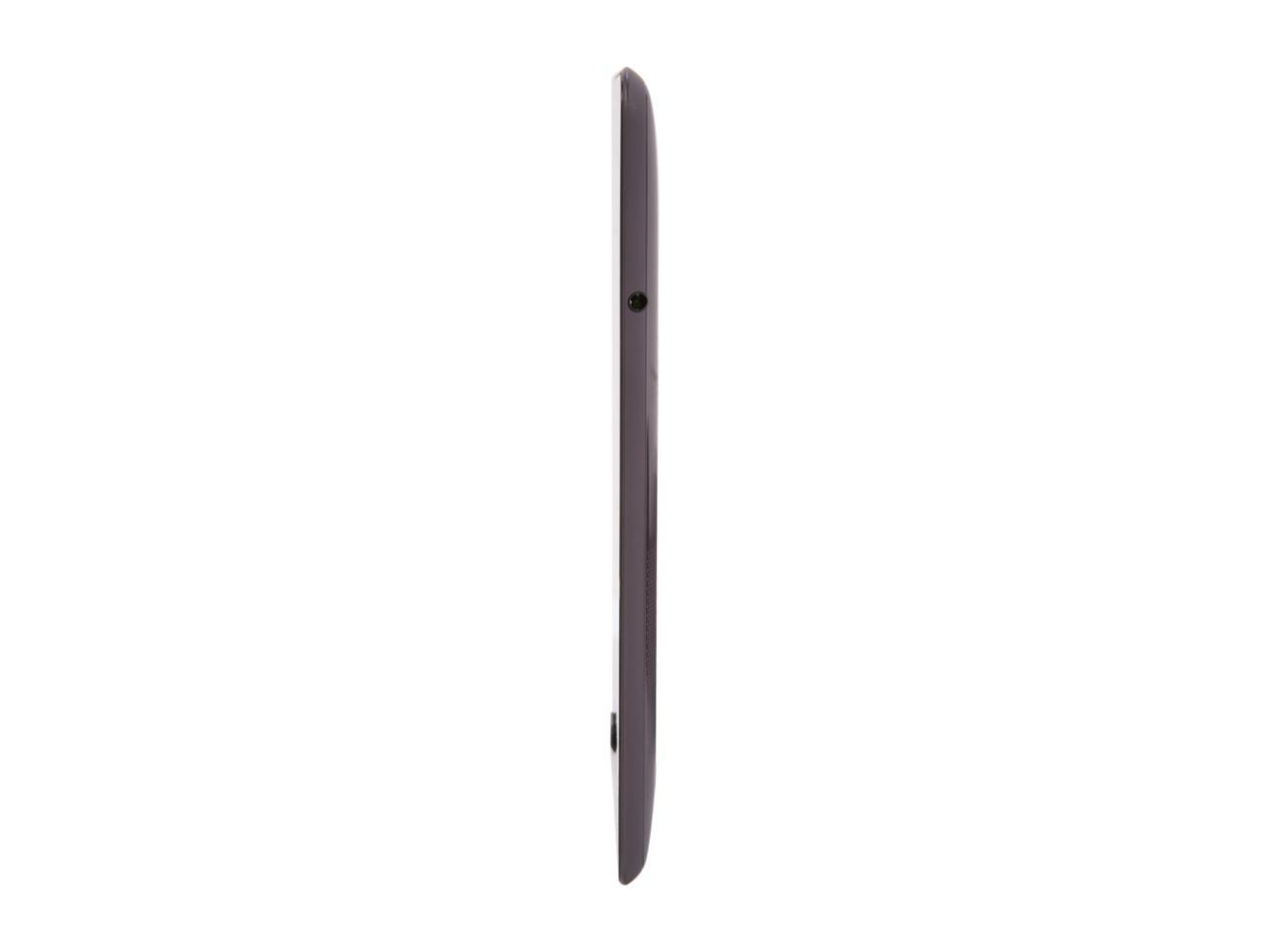 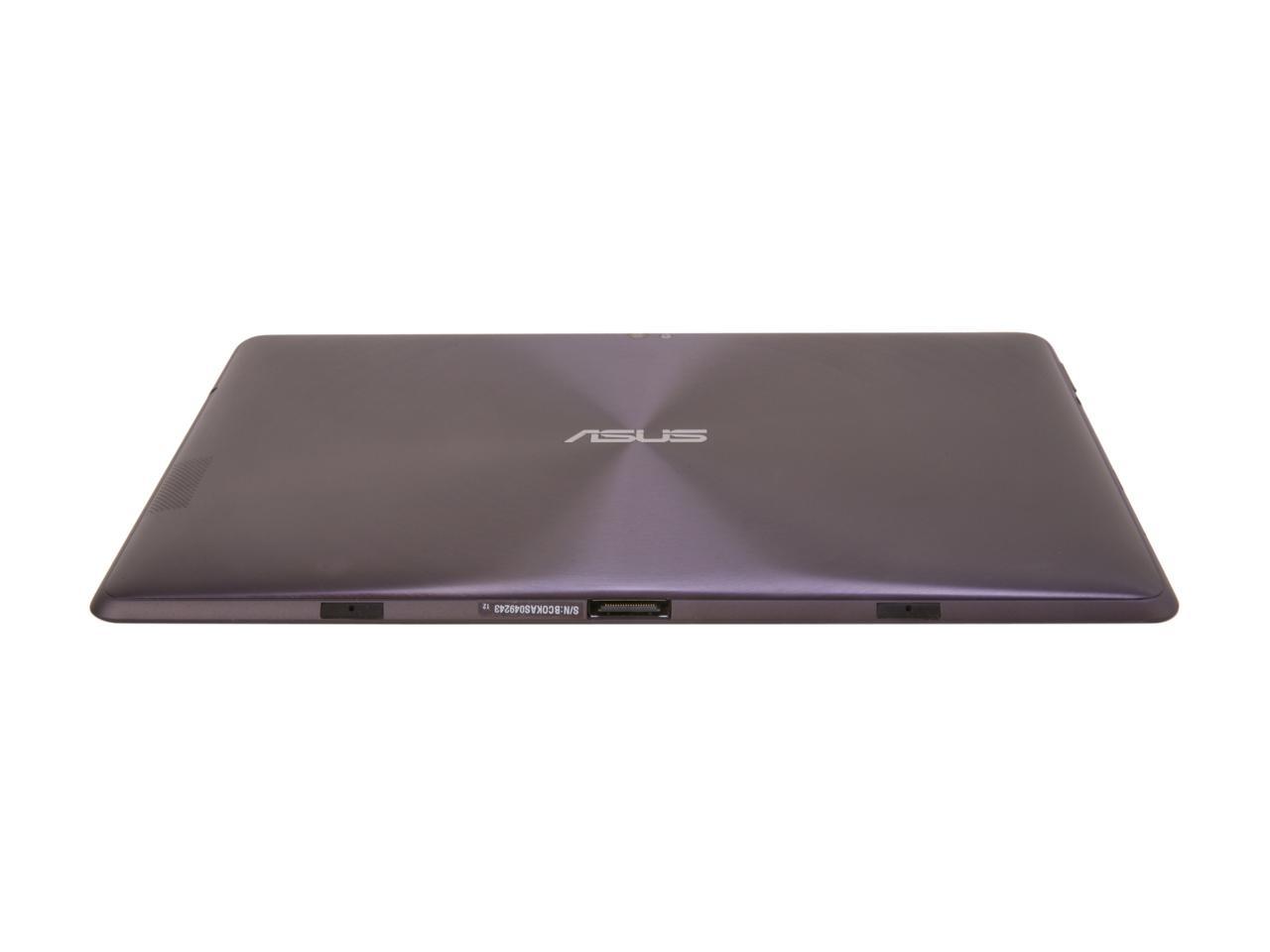 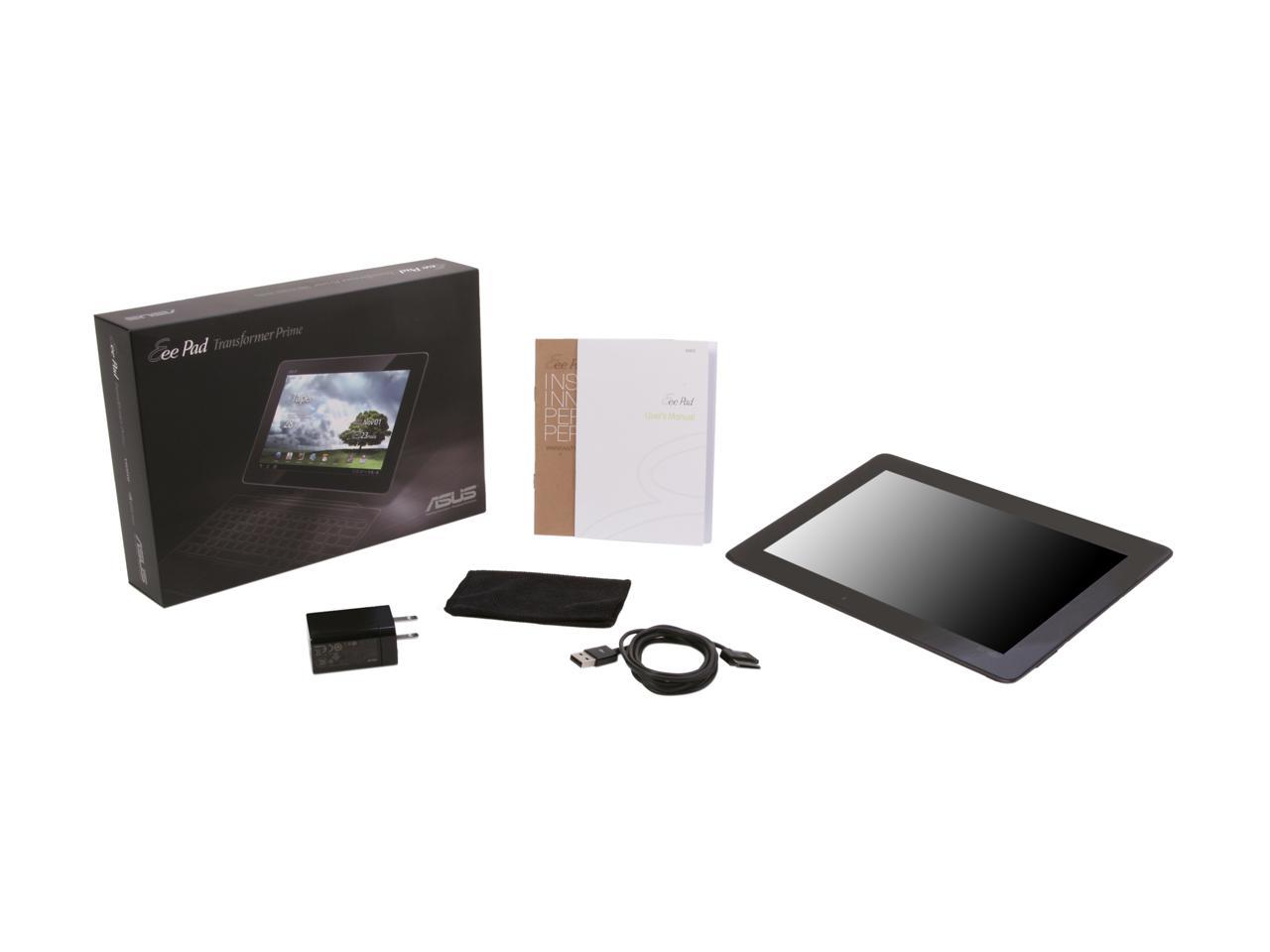 Pros: Build Quality: This tablet is super thin but feels super solid and nice too hold, the edges are a little sharp though. The brushed aluminum is absolutely beautiful. Display: Great colors, can get very bright and the super ips mode does help outside. I think the sound quality is impressive for a tablet but a little quiet. ASUS pushes out a lot of updates which shows they really want to support their product. The graphic potential and gaming performance is nice. The productivity on this device is unmatched with the dock. The camera takes pretty good pictures and good video.

Cons: The actual battery life doesn't match what's advertised, if you want to take advantage of the bright screen and high performance the battery will go about 7.5 hours. However it can last a LONG time when placed on lower brightness and power saving mode which is good for browsing and watching videos. The wifi works enough to be acceptable, i tested it at my university, house, various starbucks and restaurants and got good reception but it is a little worse then my laptop. GPS is barely functional but works for location purposes and i do get a few locks on satellites.

Overall Review: There are a lot of apps that don't support the Prime or Android 4.0 yet especially games but that should change over the next few months.

Overall Review: Bought mine from the rainforest as it does not seem to be available here. I am not experiencing any Wi-Fi problems and I get good connectivity with my home and office networks, as well as with an Android phone hotspot. The upgrade to ICS was smooth. Not using it for GPS cannot comment. Like the metal back not causing me any issue. I have mine configured with 112GB of storage - 32 extra in the Micro SD slot and 16 extra in the SD slot on the keyboard. With the keyboard attached you have a tiny touch screen laptop= much lighter than my ASUS N10 netbook. Would have liked 2GB of memory and why DDR2 - isn't DDR3 more efficient? I use mine primarily as an Internet appliance and music source and it works well. Still learning the apps, My main beef is with the announcement of the TF-700 this became somewhat obsolete even before it shipped. If you can accept that, and get your hands on one, this is a nice toy,

Pros: Neat HW, smooth and sharp display. Touch screen "always" work! Overall experience is much better than I originally expected. User experience if not perfect is likely due to Android's Ice Cream Sanwitch design, not from HW

Cons: Very funky wifi. I have tested 3 routers for home use - 2Wired (comes as brand new ATT DSL modem), and Linsys WRT120N, but none of them works continuously. Rather, usually "Not in Range" is the norm wifi state though I was sitting within 10ft range to the routers from the same location. The connection can be good in one minute and drop in the next minute; The connection works only when I put the pad directly facing the router. Running wifi analyzer shows wifi signal drops to 0 time to time, though I don't have any issue for the 3 laptops I used regularly at home. I have also tested wifi in my work space, somehow it works perfectly. I decided to return for refund since it can't work at home.

Overall Review: Really like the device if wifi can be improved

Cons: Can get laggy. Though it wasn't a constant problem, there are times when it gets The quality control on my unit was poor. My original unit had several bright spots on the screen. Like other reviewers GPS is almost non-existent. WiFi acceptable. Asus product launches leave something to be desired, but this review is about the product not about initial quality problems or launch issues. You need to decide how this effects it's rating, I'm rating a working product.

Overall Review: Overall I love it. If you can handle potential initial quality problems (I returned my first unit) then I recommend it. It has a few quirks and definitely is not a 100% polished OS, but the potential is there.

Cons: Received almost DOA. Got it to power up but after that, volume button would not function properly. Update to ICS, but when trying to put to sleep (manually), after touhing the volume button, you could not put into sleep mode manually.

Manufacturer Response:
Dear Valued Customer, We do apologize for the issues you were encountering with your tablet. It does seem like you received a defective unit, since updating it did not help. Hopefully your new unit is problem free. If you do have any more issues or concerns, please feel free to contact me at cl-tien@asus.com, or if you have any general questions, our support line is available 24/7 1-888-678-3688. Best Regards, ASUS Support Team
Jerry F.
Ownership: 1 week to 1 month
Verified Owner
Disappointment - No GPS, Weak WiFi, Laggy - Returned1/17/2012 9:12:58 AM

Cons: Still laggy - seems like the quad-core forgets what it's there for. Awful at multi-tasking. Even going through the settings screen with no other applications running produced lag. ICS produced the same results. Perhaps more ICS-optimized applications in the future will remedy this. GPS is non-existent (literally - the "fix" by Asus was to remove "GPS" from the spec sheet entirely claiming only that AGPS works - and that's with an active WiFi connection). This was a feature I was greatly looking forward to. Would have gotten 3 eggs with an even semi-functioning GPS unit. Weak WiFi. Awful camera (on par with years-old cellphone tech). Temperamental touchscreen - Most of the time it registers touches just fine - but there were enough double and triple touches for me to notice that it's not quite up to snuff - and thus, worth a mention.

Overall Review: This was to be my first tablet and I was incredibly excited to receive it. I first received it with Honeycomb installed, and this was just a laggy experience overall. I hoped ICS would fix this - sadly, it only increased speed when flipping through the home-screens. I encountered MAJOR lag when using the tablet while downloading other applications (on "performance" mode). The whole reason for a quad-core, or so I thought - was to assist with multi-tasking. This thing just stutters and shakes when trying to do more than one thing at a time - which is something I don't need in a tablet. GPS does not work. It was initially listed on the spec sheet, but Asus removed it once end users found the aluminum backplate blocked the signal. Some people are able to get at least a few satellites to lock, but not enough to navigate. My unit never once locked onto a single satellite. WiFi was pretty weak for the same reason and fluctuated greatly throughout my condo (single floor, 1500

Manufacturer Response:
Dear Valued Customer, We apologize for the issues you are experiencing with this tablet. Please contact us at 812-282-2787 so we can get more details about the issues and assist you in resolving them. Best Regards, ASUS Customer Support
J S.
Ownership: 1 week to 1 month
Verified Owner
Non Professional1/25/2012 7:45:21 AM

Cons: While I know this isn't a professional device, it should work better than my Galaxy S phone. It reboots, weak/non functional GPS (even after update),weak WiFi, sluggish even while browsing through apps, locks up, now problems charging. Asus says the GPS is not professional so don't expect it to work. Apparently the power supply I have falls into the same category. As of yesterday, it is hit and miss too.

Overall Review: I bought this for my wife to use. She isn't the most tech savvy person and seems happy for the most part. It would me nice if all features worked consistently. I have other consumer grade electronics that just plain work. If there was a comparable product I would send it back. I still in my 30 window, if I have more issues with it, it just may get returned and hold out for it's replacement.

Manufacturer Response:
Dear Valued Customer, We apologize for the issues you are having with this tablet. Regarding the reboot issue please visit our support link at http://forum.xda-developers.com/showthread.php?t=1449992 so we can get more details about your issue and help you to resolve it. Best Regards, ASUS Customer Support
Glen T.
Ownership: more than 1 year
Verified Owner
Reality check9/24/2013 2:10:01 PM

Cons: Weak memory controller, sluggish performance at best of times, weak network connection, weak GPS (unless you attach the antenna), burns through a charge too quickly.

Overall Review: I'm going to give Asus the benefit of the doubt here and say that I may have gotten a bad device, but it doesn't live up to the hype that preceded it. I held off for a long time, waiting for this to finally come in stock, but at this point I won't buy another Asus tablet - this one has been a major disappointment. I do believe that my original Asus Transformer performed better than this piece of junk. This is also my second burn on an nVidia product. I have seen the screen sit unresponsive for anywhere from 5 to 30 seconds. It loses the network connection when I'm in the kitchen, where laptops, smartphones and an iPad have no problem. After launching programs, they will stall and hesitate for several minutes, then run okay for a while, and then suddenly start stalling and hesitating again. Very frustrating. It does charge very quickly, but the battery in this one won't last anywhere near what they indicate. Asus took positive action to address the mess they nade of the GPS by providing a free antenna attachment (which does a great job of pulling in satelites), but when it is in place you can't charge the device. If you're on the road (a likely place to use the GPS) then you will burn through the charge really quickly, have to turn off the GPS, take off the antenna and recharge it. If you're looking for an Android tablet that runs smoothly, without major lag and stutter, look at something else. The Prime isn't the Android you're looking for.

Manufacturer Response:
Dear Valued Customer, I'm glad that you have provided a positive review on the TF201 tablet. I'm sorry that you were dissatisfied with some features of the product. If I can be of further assistance in considering an ASUS product in the near future, please email me at cl-rodel@asus.com and write down service# 3012420 in the subject line. Regards, Rodel ASUS Customer Loyalty