This item is currently placed on backorder status and will not be shipped until inventory is confirmed. You will not be charged until this order is processed. Newegg cannot guarantee inventory for backordered items.
Price Alert
Add To ListFound on 219 wish lists 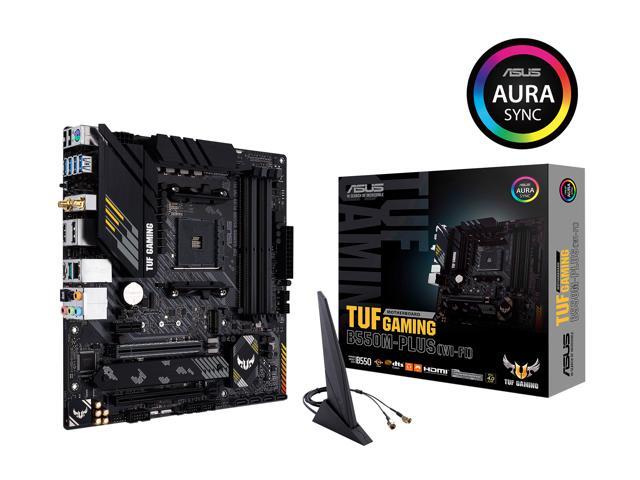 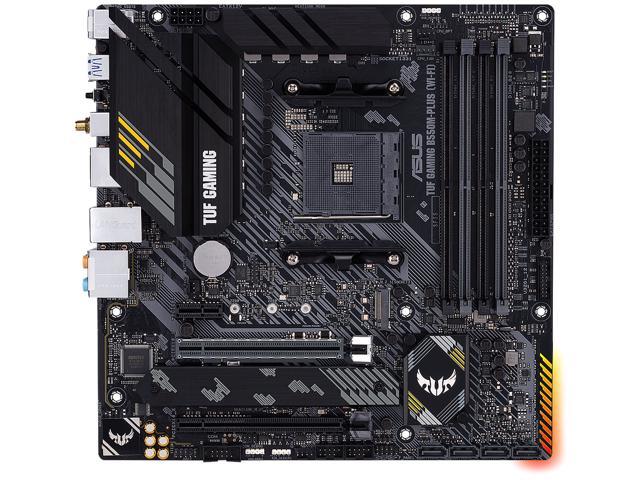 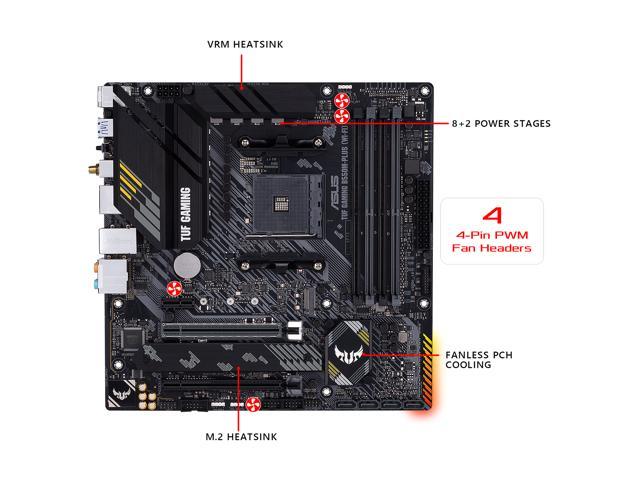 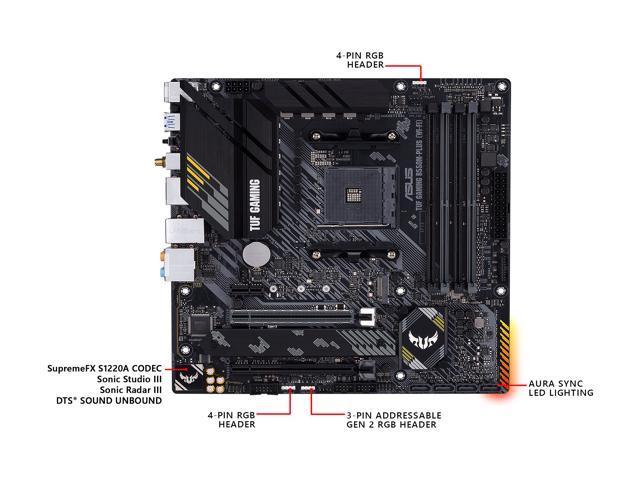 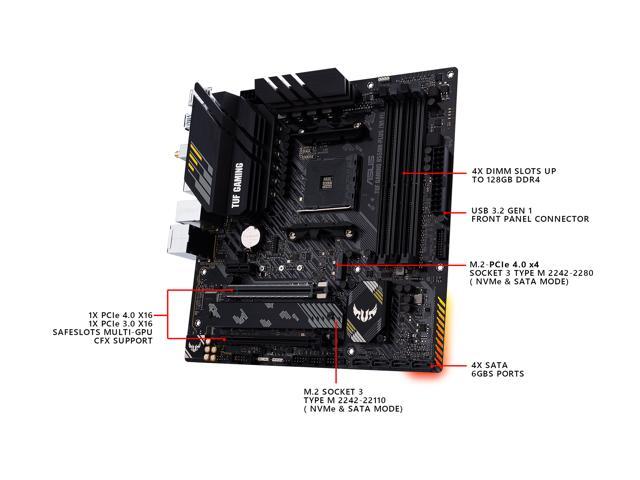 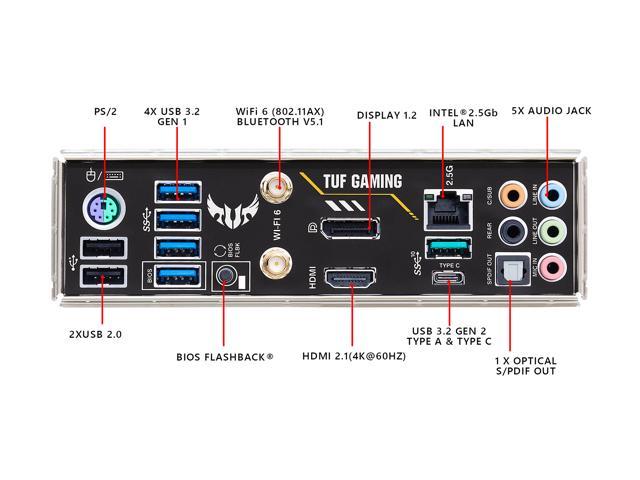 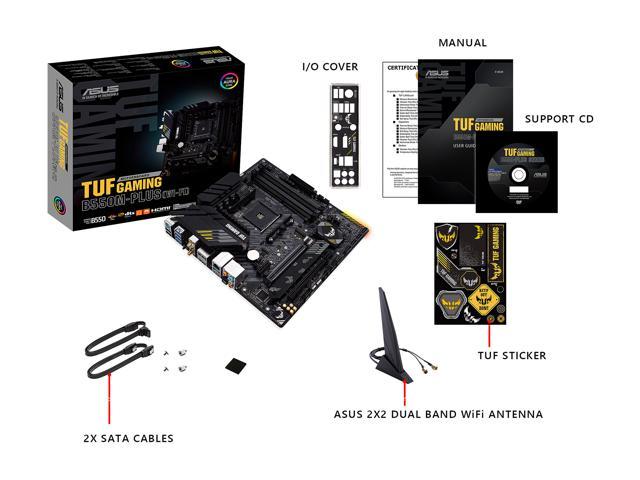 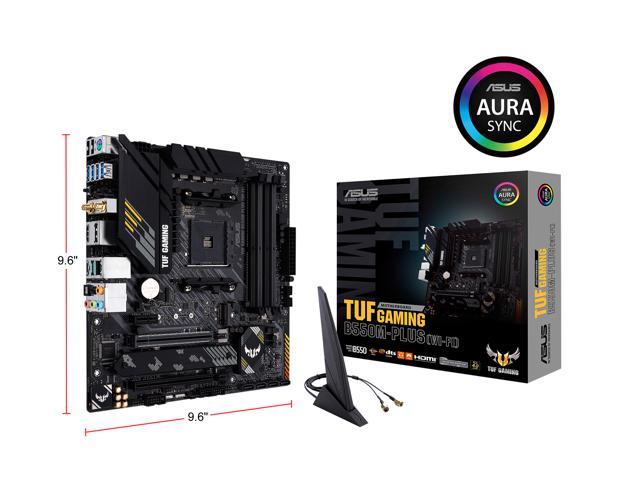 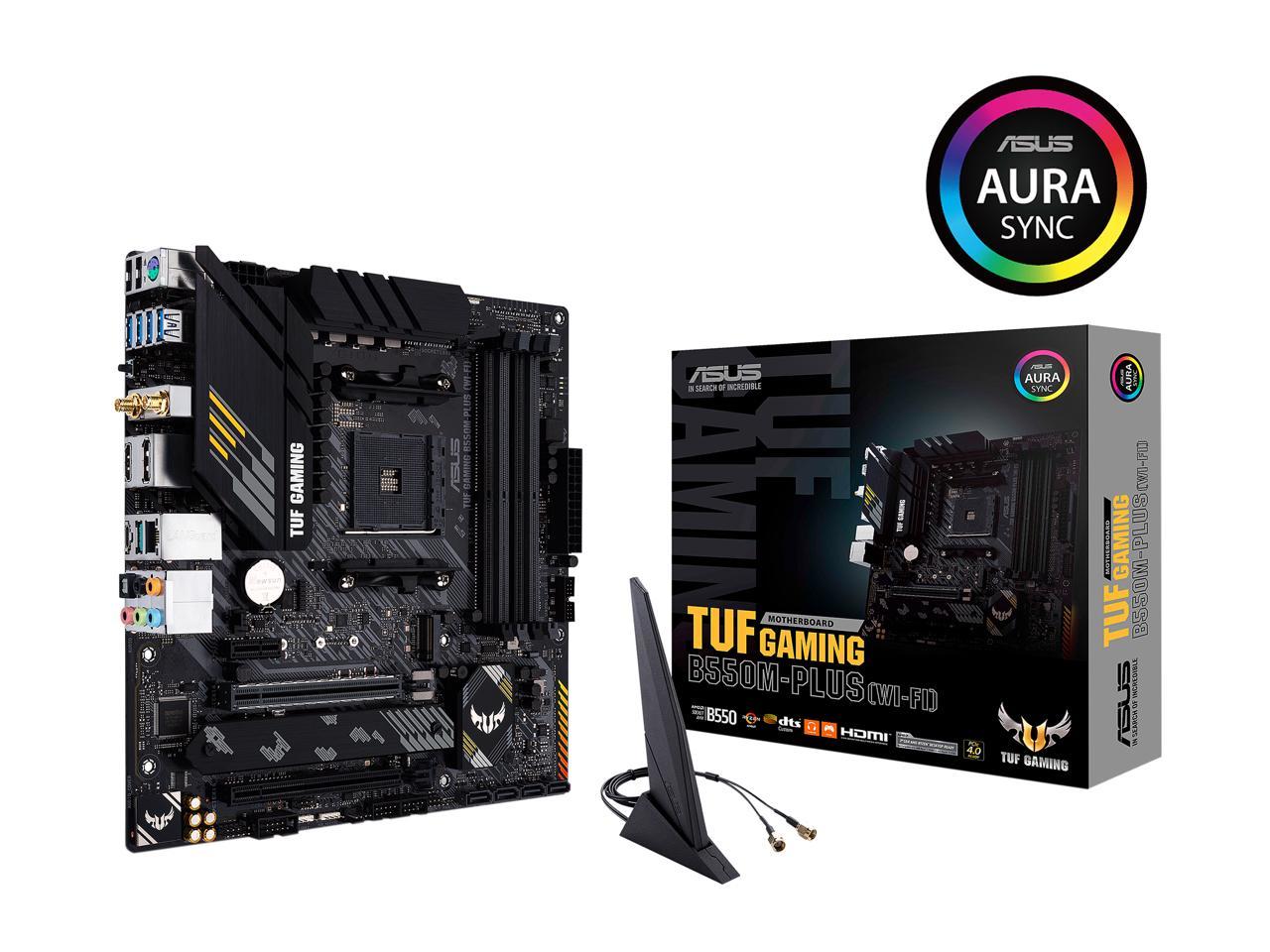 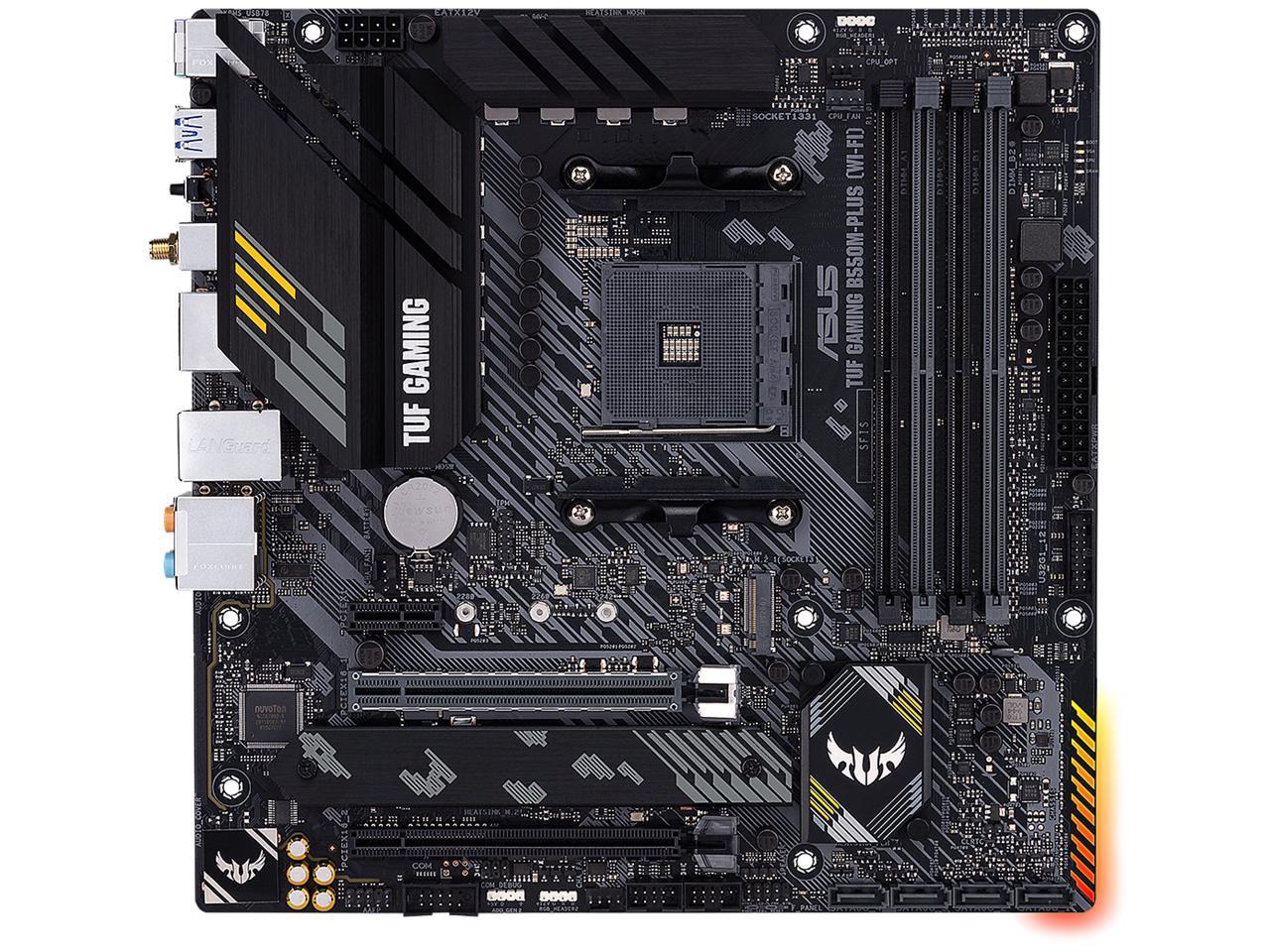 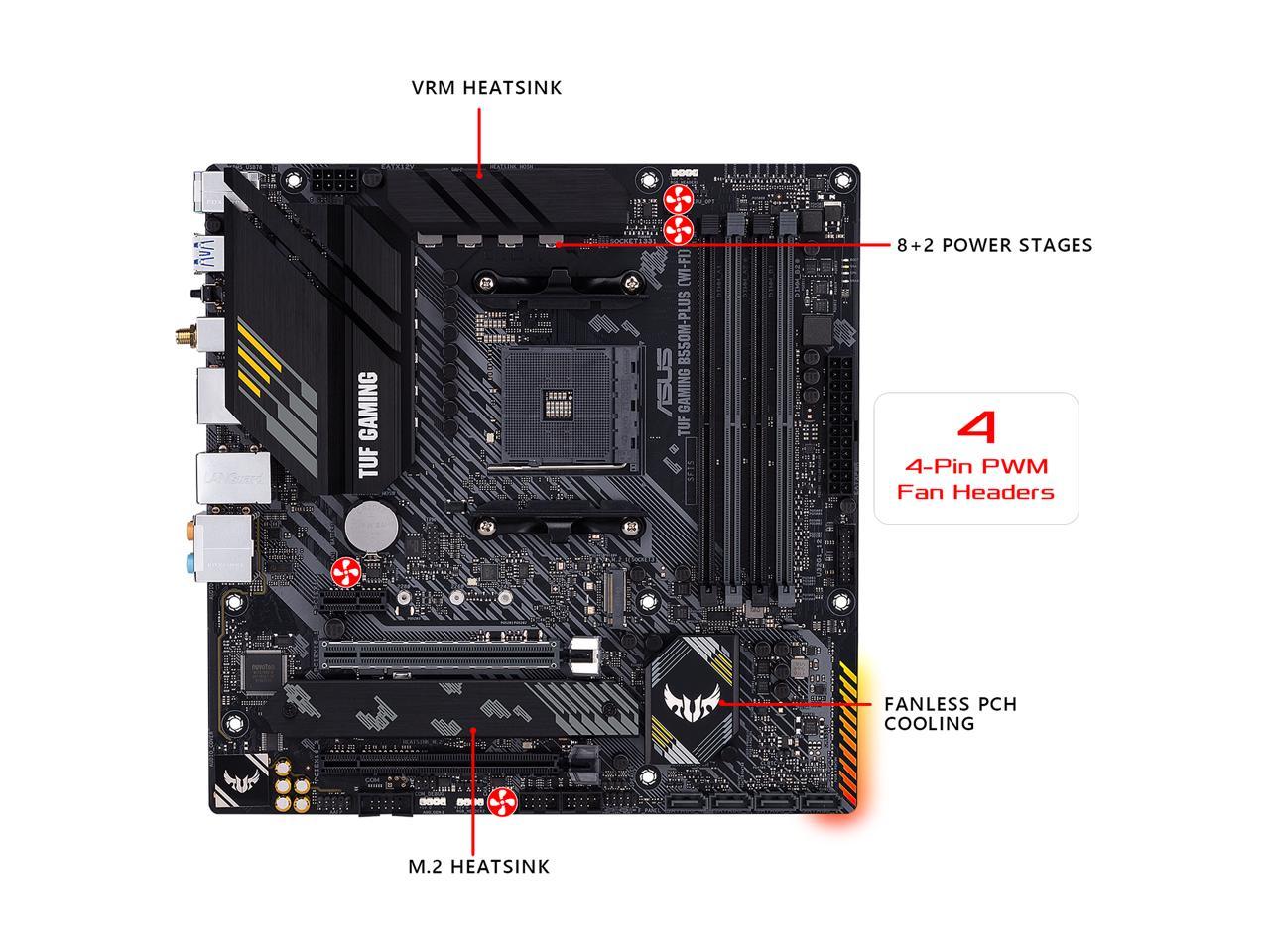 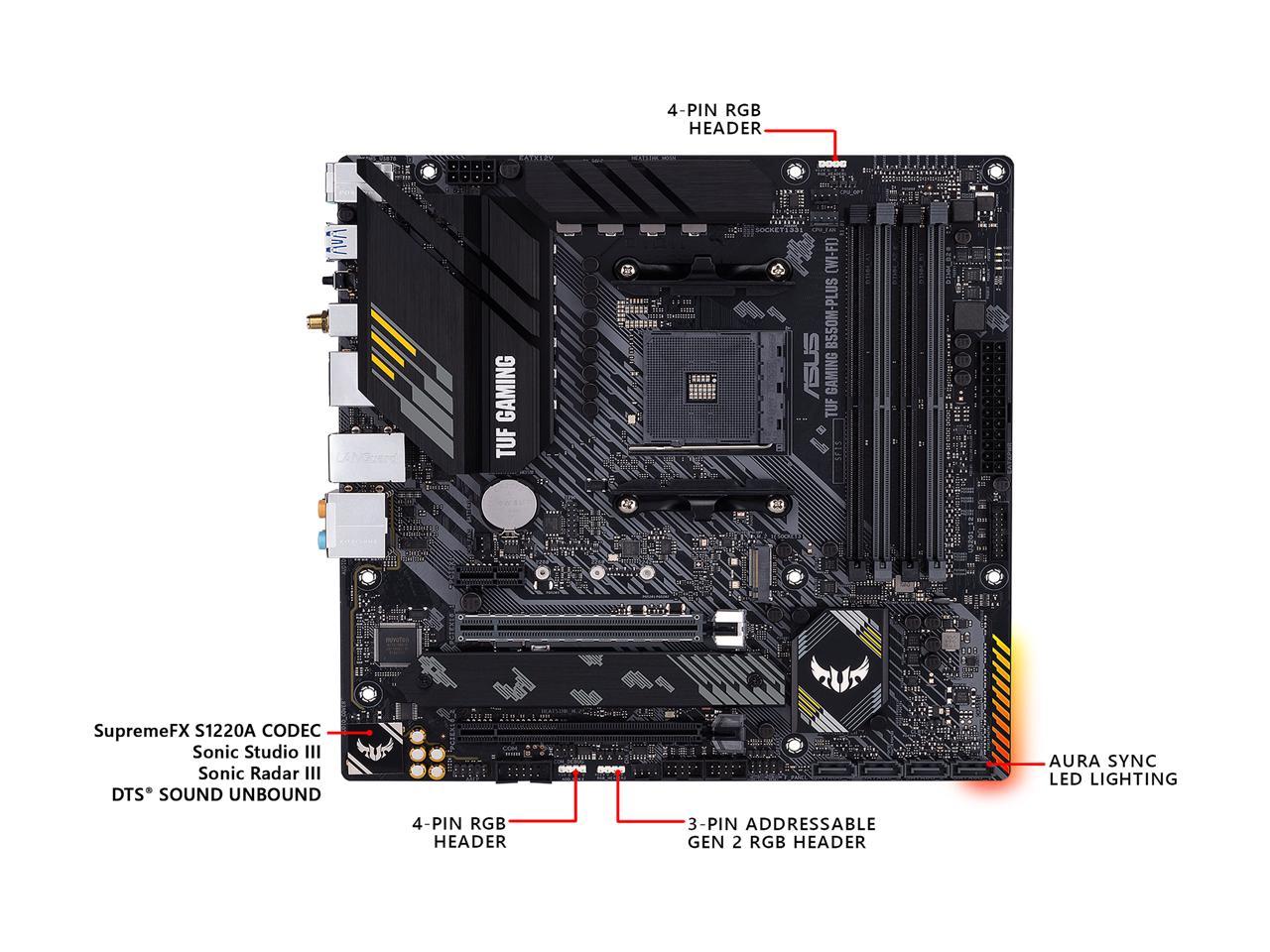 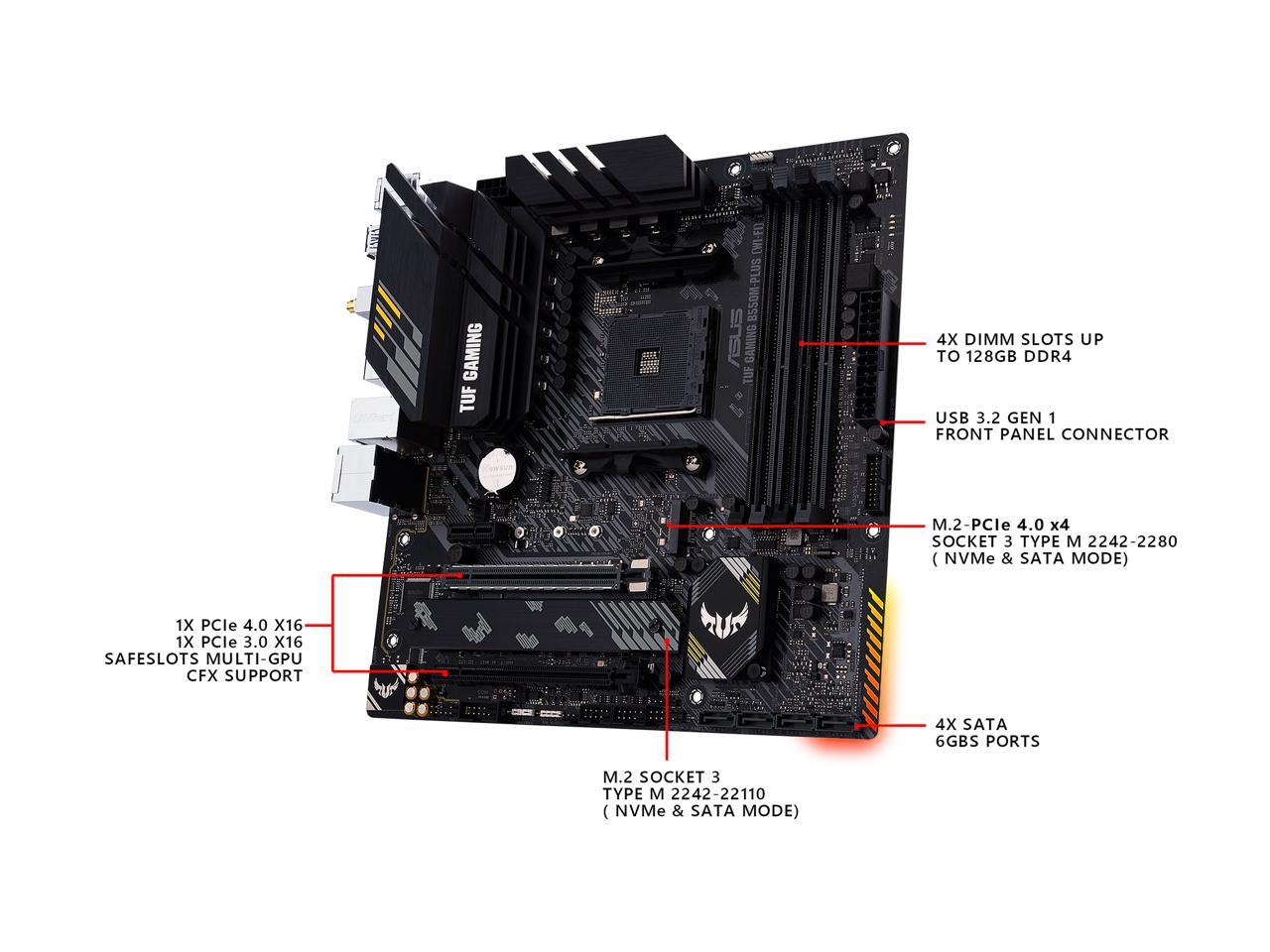 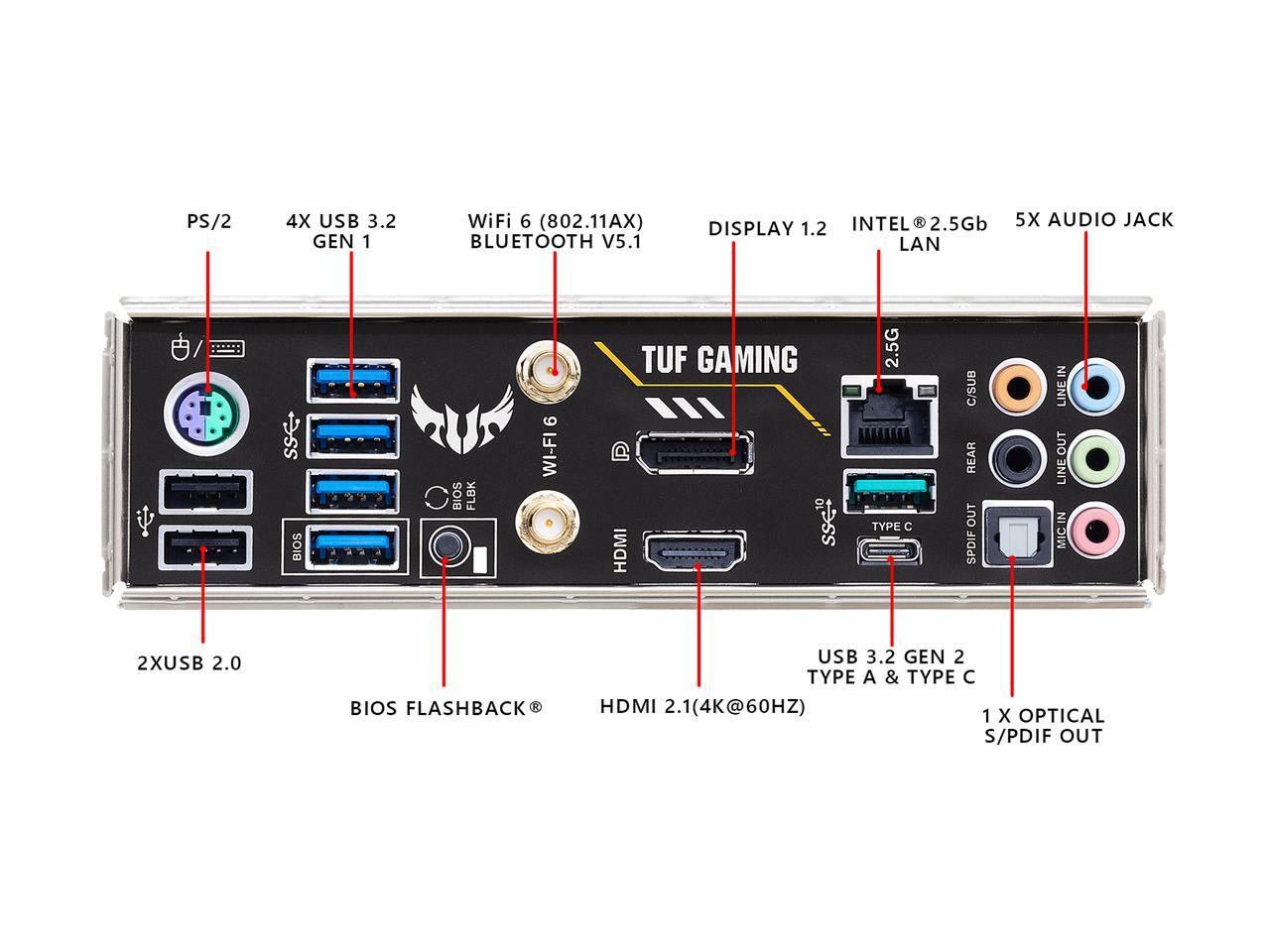 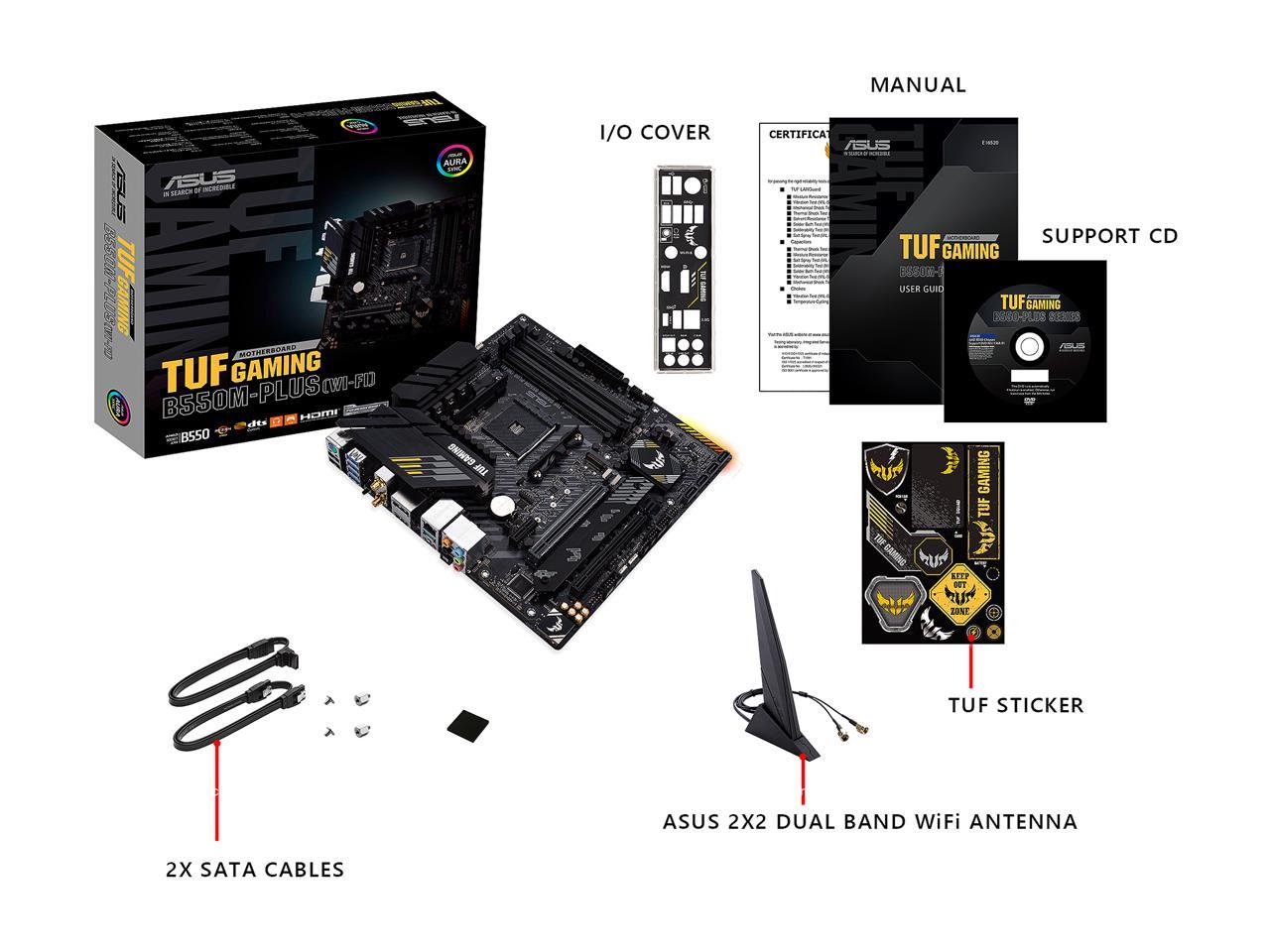 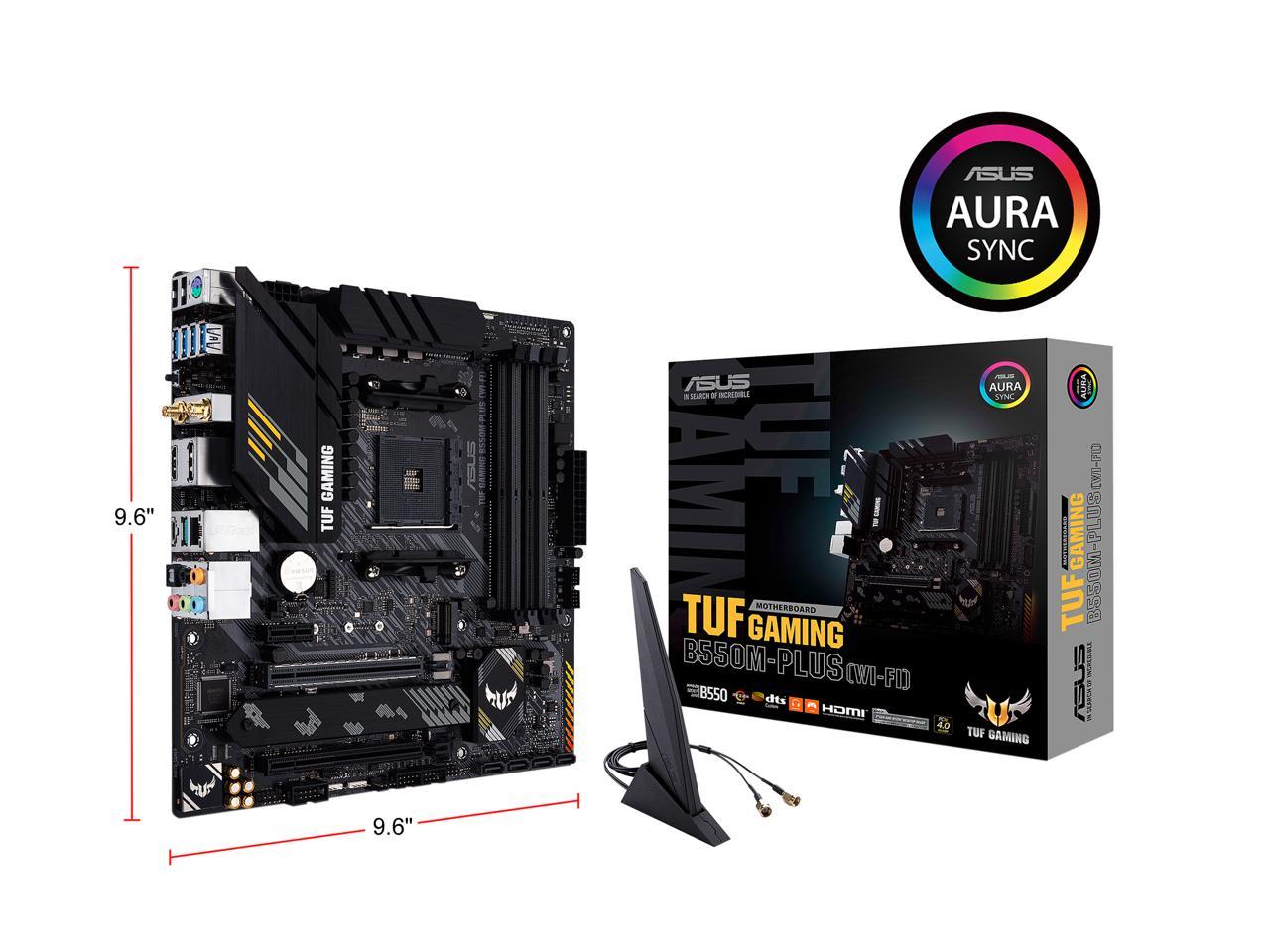 Pros: Micro ATX is the perfect size for most builds and this board sure packs a lot into a small package. Latest AMD chipset, check. WiFi, check. Bluetooth, check. Fast LAN, check. RGB, check. There's many more about this board, but you get the idea. Physical installation of the motherboard in the case was painless. Everything fit like it should. It's a nice example of ASUS quality that many have come to expect of the brand's high end offerings. I did have a few hiccups during Windows installation I will discuss below.

Cons: The board initially would not show any display while using a GTX 1070 video card which made it impossible to do initial setup and Windows install. The VGA LED on the motherboard was illuminated indicating a problem. I swapped out to a different video card (RTX 3070) just to get Windows installed then reinstalled the GTX 1070 afterwards. Still, no display during boot, but video would come up when Windows loads to the login screen. A BIOS update did not fix the problem. After a bit of searching online, the problem is that the graphics card firmware for Nvidia 1XXX series cards needs to be updated to work with the UEFI of this motherboard. I had no previous problems using the same card on other UEFI boards. To fix, search for "Nvidia UEFI Update Tool" and it should be your first hit. No problems with display after using the tool and the VGA LED is no longer lit. To the other reviewer with the GTX 1080 doing the same thing: it's the card not the motherboard. I did have a read-the-manual moment with this board. No eggs off but it's worth noting for prospect buyers: I initially installed my NVMe PCIe 4.0 SSD using the M.2 slot which has a heatsink. It made sense to me that a high performance slot would have the better cooling option, but I was wrong. That slot only operates as PCIe 3.0 speed. I switched to the naked M.2 slot which is PCIe 4.0 after I realized my error and now have full SSD speed. If you have a PCIe 4.0 SSD and want to maximize the speed, you have to use the M.2 slot without the heatsink.

Overall Review: You may need to have a USB flash drive or an optical drive handy when you install this motherboard. When I installed Windows, ethernet hardware did not have a default driver installed for the Realtek RTL8125B chip and no other generic LAN drivers would work. I used a USB optical drive to pull the LAN driver off the included ASUS motherboard disc and I was up and running in no time. Of course, after you have working internet all other missing drivers can be downloaded. It's been a very long time since I've installed Windows and not had working LAN from the get go. I don't recall if the wireless was working by default as my set up is wired only and I only use the wireless chip for bluetooth functionality.

Overall Review: Good quality board, easy to build Paired with a R5 3600 and don't have issues

Pros: The pros of this board are the faster Pcie bus as I have a pcie 4.0 ssd and it is significantly quicker as my PC-Mark scores went up. I like the layout and the Asus utility installed the latest drivers flawlessly as does the wife's laptop. The wifi will be of use when I move my pc away from the bridge.

Cons: The expense of the board compared to previous 450m boards and a possible delay that I'm having with the internet connection when awakened.

Overall Review: I would certainly recommend this board for Ryzen chips that support Pcie 4 as the 570 has a cooling fan and matx boards are almost impossible to find. Please note it doesn't support older Ryzen chips!!!!

Pros: MOBO worked great for what I needed until it didn't

Overall Review: CPU socket no longer functioning. After eight months of working great it just up and died. The CPU light was on, so because I have never had any issues with asus products I went ahead and took a gamble and bought a new CPU. Well, that wasn't it and now I am stuck with a second working CPU. Upside is I am that much closer to my next build. Downside, I still have a shot Mother board and not enough money to get a new one. Real bummer. Now I'm stuck wondering if I should buy another ASUS or move on. I hope this was a fluke.

Manufacturer Response:
Dear Jim T., I'm sorry to hear that you have been having POST issues with this board after 8 months of use. All ASUS products undergo intensive quality control, testing and inspections. What you've experienced was not intentional or representative of our brand. Your unit has a 36 month warranty, if you've already tested the system with two CPUs and are still seeing the CPU LED we should RMA the board to repair/replace it. Please reach out to me at cl-lane@asus.com and include case #N2104053824 in your email for reference so that we can get an RMA started. Thank you for choosing ASUS! Best regards, Lane ASUS Customer Loyalty – US Support
Anonymous
Ownership: 1 week to 1 month
Verified Owner
Good board Price and Current Stock Issues7/1/2020 7:25:09 AM

Cons: Drivers can be a pain to get functioning

Overall Review: Did the job for my new Ryzen build, no issues to speak of other than network drivers not working correctly initially. Would recommend if options are limited at this form factor and price point.

Pros: Great motherboard on my new build paired with AMD Ryzen 7 5700G, Bios was already updated and recognized the processor. It has some very cool looking RGB on the motherboard, it looks like it's breathing. Hard to take a photo of it, but it looks really cool. I'm able to run all of my programs and games no Problem.

Overall Review: I did a lot of research in finding the right ITX system board, this one fits the bill for my New build , very happy with it.

Cons: -needs more fan headers, also some fan headers are in hard to reach spots-price should be lower

Overall Review: Good board for a mid range build, haven't overclocked yet so I'll update when I do. Definitely recommended if you're looking for a good mITX board

Overall Review: Great little board. And just the right size (2pcie slots). Unfortunately wasted a few hours trying to get the software setup correctly. After installing it and all components just had it stuck on the initial splash screen of press del rio enter setup. Problem being no keyboard would work. Tried a wireless usb, wired usb, and even dug out an old ps2 keyboard that I have for my older pc. Luckily the bios flash was able to be done via usb, and afterwards everything worked as expected.

Manufacturer Response:
Dear Vee C, We certainly value your feedback on this matter, and I will be letting the related department know about the issues you are experiencing for continuous improvements to the product line. If you need any assistance, feel free to contact me at cl-adrian@asus.com, and I will help you to the best of my abilities. I am here to assist our customers with our products and dedicated in bringing a resolution to all issues that they may come across. Your case for reference is N2101046413. Thank you for choosing ASUS! Best Regards, Adrian ASUS Customer Loyalty – US Support