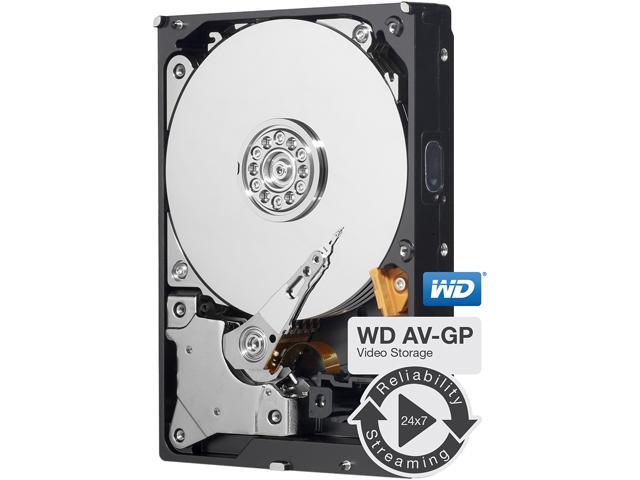 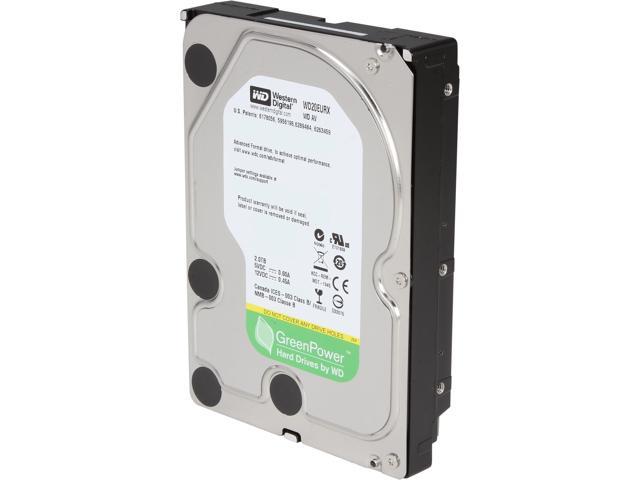 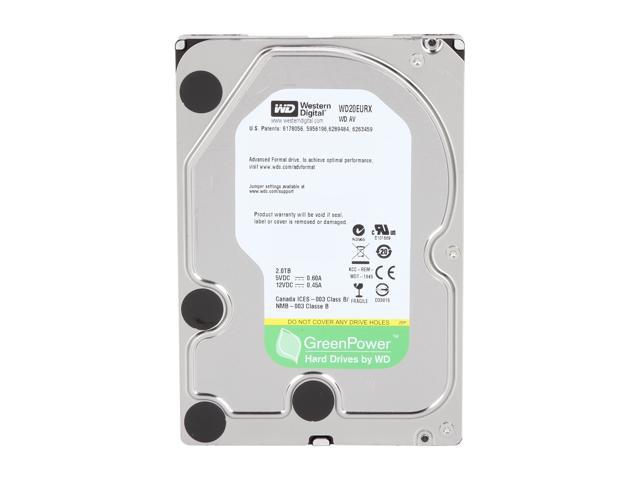 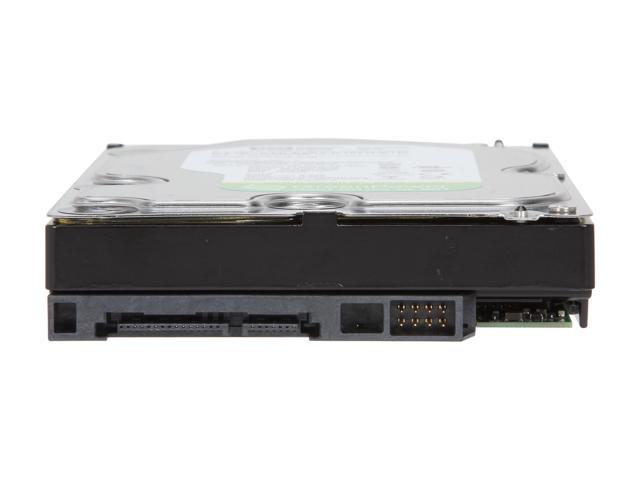 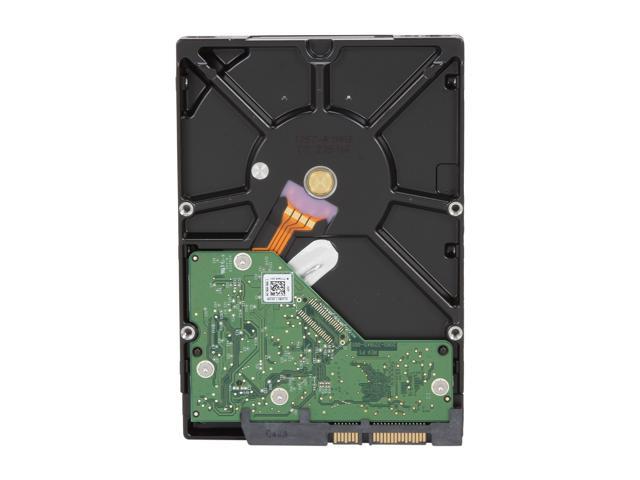 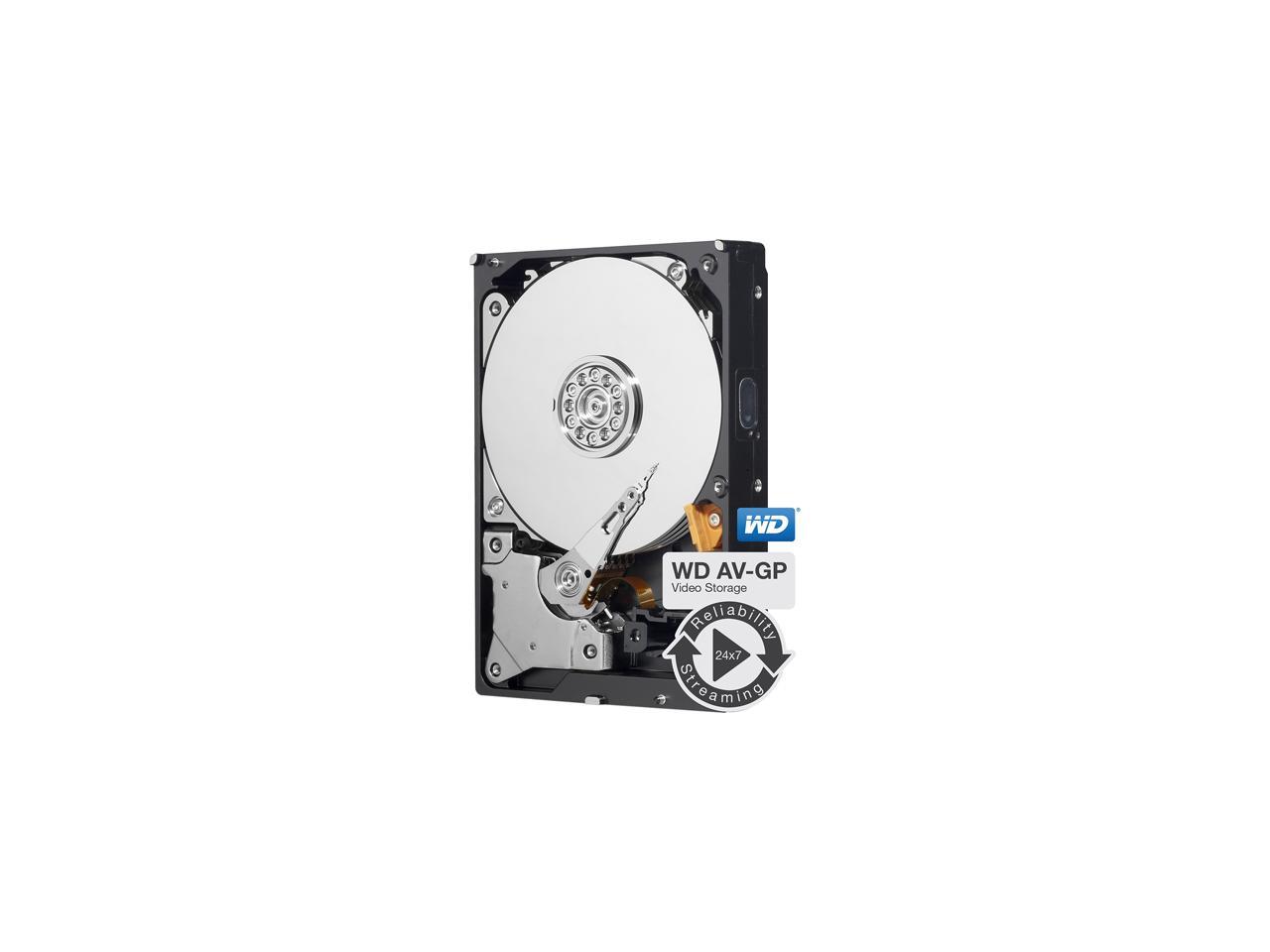 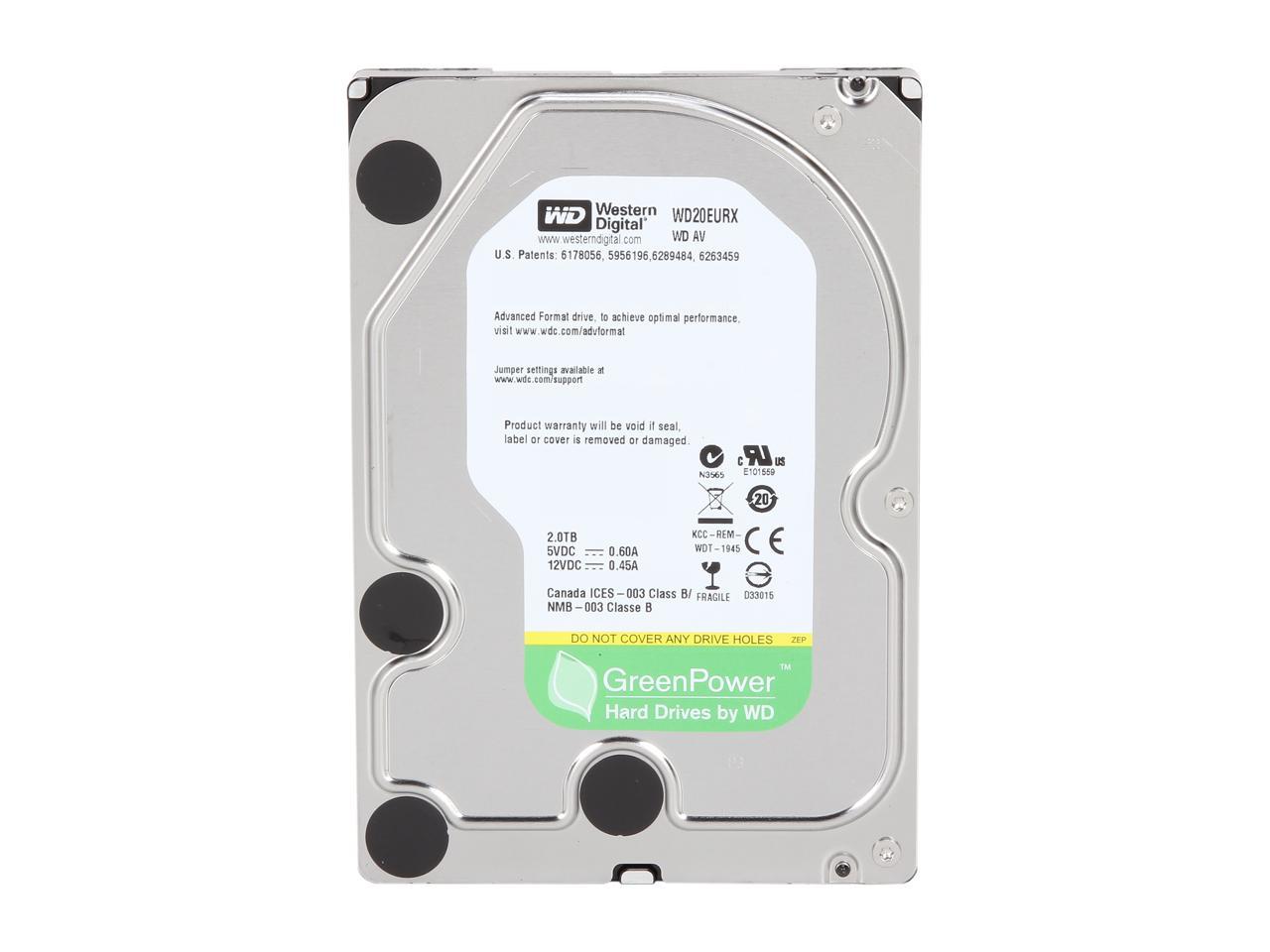 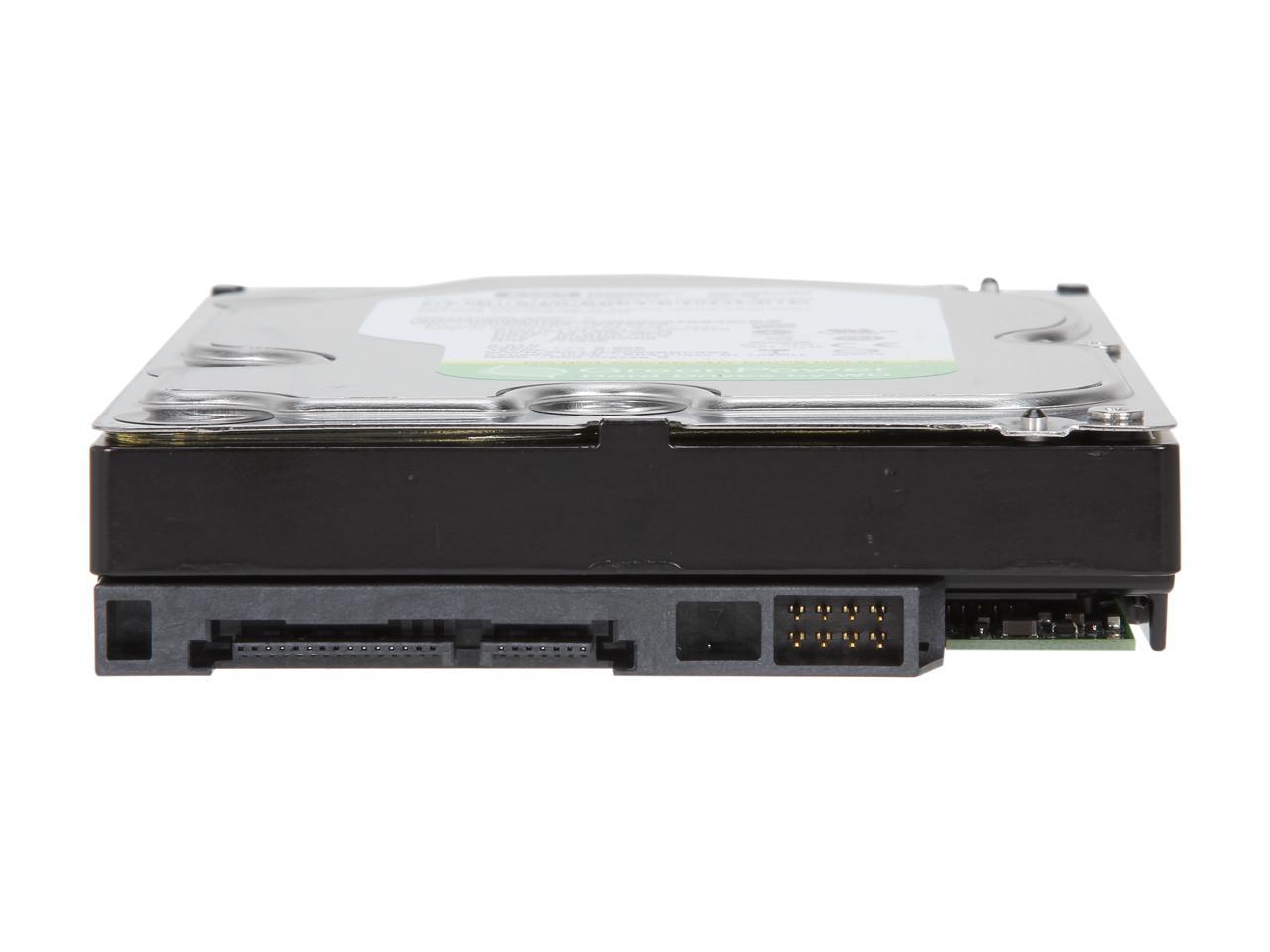 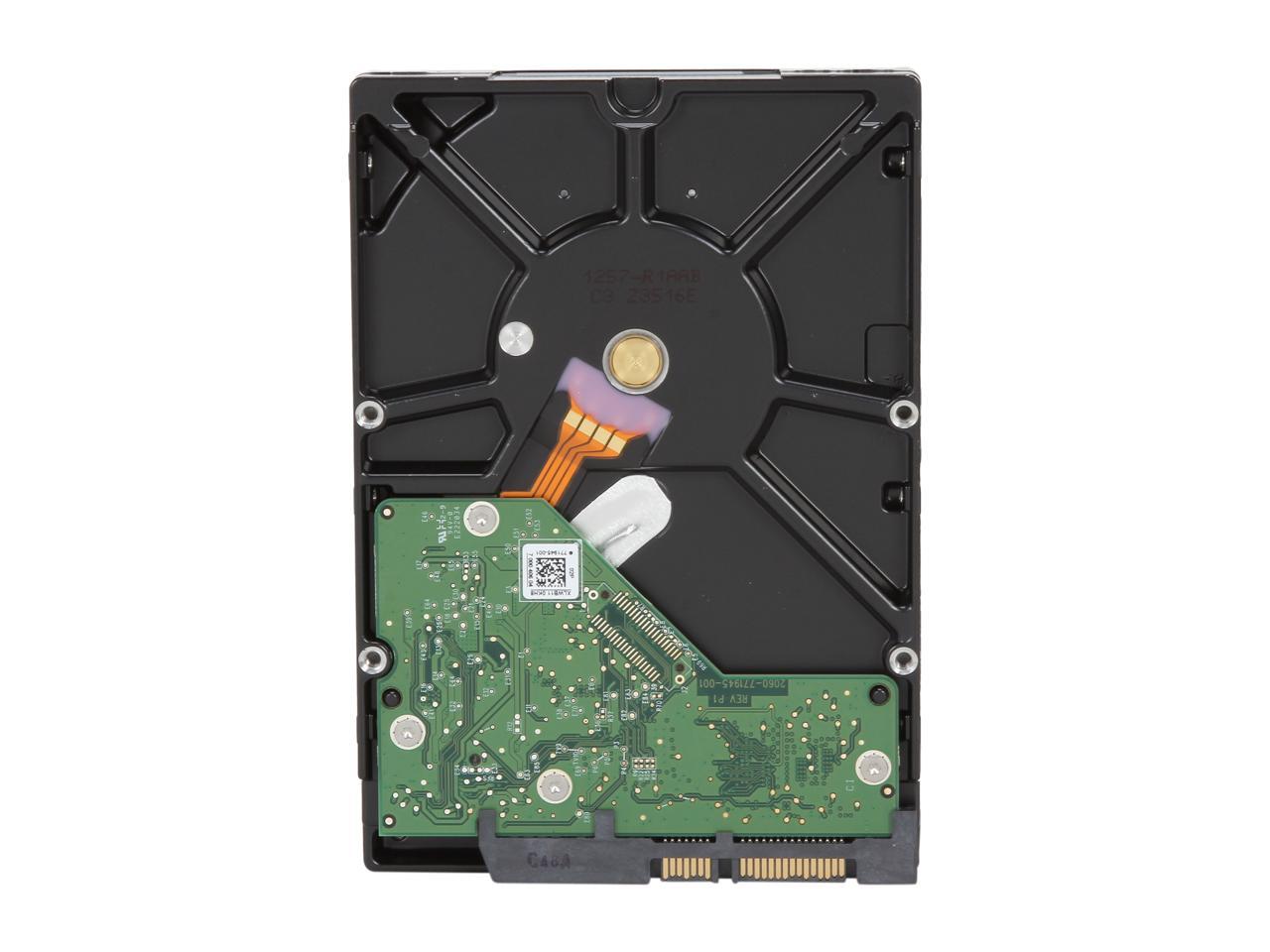 Pros: In my tests it had very good write speeds compared to my older Seagate drives, while the read speed was about the same. It stayed pretty cool, even after transferring several hundred GB onto the drive. The drive was not audible over the fans in my case, even while writing. This drive's intended use is for 24/7 streaming writes in TiVo, security feeds, and DVRs. It's great for this purpose as when used by these systems its Streaming Command Set is enabled, allowing it to record without skipping if there is a minor write error on the drive. This is a great drive for your TiVo, home security system, or DVR.

Cons: Not recommended for gaming, see Other thoughts below.

Overall Review: Before you buy this hard drive for your computer - the AV-GP series is intended for DVRs and surveillance, not gaming and data storage. It can certainly be used in a computer but this drive will cost a bit extra for a bit more durability you don't typically need in a home system - not to mention the extra command set for streaming which will not be used by your motherboard. If you want a WD drive for regular computer use or gaming, look into their other drive series.

10 out of 10 people found this review helpful. Did you?
A M.
Ownership: less than 1 day

Pros: Records 3 different TV programs at once and we can also watch another already-recorded TV program at the same. It does all this with no glitches in picture or sound, and it's so quiet we can't hear it running. Part of WD's "green" series which feature low heat, low noise, low power and low vibration which makes them ideal for video recording / DVR, data storage, or as a backup drive.

Overall Review: Noticed there aren't many reviews of this model yet. We actually have the 1TB version which we bought last year. It's the quietest traditional hard drive we've ever owned, and it has worked flawlessly in our Home Theater PC. Recently we noticed some momentary glitches in picture & sound when watching recorded TV shows. I think it's due to the latest version of our Avast free anti-virus which appears to continuously scan any "streaming" media. When we temporarily disabled the streaming "shield" component of Avast the glitches ceased and we got smooth playback again.

6 out of 6 people found this review helpful. Did you?
Michael P.
Ownership: 1 week to 1 month

Pros: It is important to note that this drive is intended for recording and streaming large amounts of media (audio/video). WD notes that it can stream/record, skip/stutter free, up to 12 HD video streams simultaneously. Naturally, putting it to use as add-on storage for my fiber to the home STB/DVR was a useful opportunity for a real-world testing. My DVR only holds 160 GB (about 20 HD hours). Adding this drive increases my total capacity by 145 HD hours. Other features that will typically go unnoticed by average users is the wear leveling technology and floating head that ensures that writes are averages across whole media to avoid a portion of the drive wearing out sooner and that the disk head isn't inadvertently dragged across the media when moving. These features are becoming common on quality drives, features that cheaper drive still lack. The 64MB of cache memory is also a feature of higher-quality drives as it allows the driver to store more data temporarily in on-drive memory to be written to the disk in an efficient manner without a loss of data if the drive isn't ready to write when the data is received. Many cheaper 1TB drives still come with only 8/16/32MB. Finally, the last two feature worthy of note are the comparatively quiet acoustics and energy efficient technology. In all honesty, energy efficiency from a hard drive (versus an SSD) is a complete non-starter, but for the folks that will take every watt of savings they can, this might be a convincingly feature. The drive is fairly quiet compared to my other 7200 RPM drives. A tiny acoustic footprint is obviously desirable for home theater setups. When all else is quiet, I'm used to hearing my current DVR/STBs hard disk humming and clicking away while this drive is virtually undetectable. These features both contribute to the drives long-life and always-on design. When coupled with WDs history of engineering reliable, 24/7 use drives, this drive is a winner for it's intended use. While I used it for recording and streaming HD video from a fiber to the home TV service, it could also be used for video surveillance feeds or for recording/playback of audio/video production. Finally, this drive can certainly be used for any other function needed -- provided reliability is the overall requirement and not downright pedal to the metal performance.

Cons: There are general drawbacks to hard disk drives these days compared to faster media such as SSDs -- however, SSDs lack the same capacity and the price per GB can be cost prohibitive. Nevertheless, it is important to note that read/write speeds of hard disk drives always leave something to be desired. Sequential write throughput of 130 MB/s or better is regarded by the industry as excellent and can be found on drives made for that purpose. In my testing, this drive achieved roughly 98 MB/s for both sequential read/write throughput. It is important to note this is not the maximum, but a sequential, continuous, read/write test over time indicative of maximum real world 24/7 results. While performance here could be faster, that is not the aim of this drive. Reliability, useful life, and efficiency are the goals and based on those intentions, this drive delivers. Therefore, while the speed is a con comparatively, for the selling points of this drive it's not an issue when using it for its intended purpose.

Overall Review: I really liked this drive. It appears diligently reliable, well designed, and it functioned well as I used it and as I tested it. I won't be throwing it in my gaming rig where I want lightening fast load times, but I won't hesitate to put it in my DVR or home theater system to store a whole season of TV shows or favorite new movies. I would recommend it for folks with sophisticated video surveillance systems or audio/video production needs as well. Well done. If I run into issues with this drive long-term, I'll update my review to note that.

5 out of 5 people found this review helpful. Did you?
Marc C.
Ownership: 1 week to 1 month

Pros: Fast, quiet, does not overheat ever after heavy use 24/7. Windows 7 Ultimate recognized it immediately (but usable capacity of only about 932Gb). 64Mb cache is excellent. About 160 Mbps sequential read/write throughput when the drive is empty, dropping to about 120 Mbps once the drive appraches full capacity (you will never notice the difference without using measuring software). The WD site says this has IntelliPark, which apparently "Delivers lower power consumption by automatically unloading the heads during idle to reduce aerodynamic drag." This sounds like a very interesting technology, but I could not figure out a way to test it, and I probably couldn't anyway, since I use the drive constantly anyway.

4 out of 4 people found this review helpful. Did you?
Pakou C.
Ownership: 1 week to 1 month

Pros: Most of the pros I have to share has already been said. This again comes with a whopping 64MB cache and the speeds on this is pretty decent for an HDD intended to be on 24/7. There is no reason to buy one of these drives unless you plan to use it with an application that needs the drive to be running for 24/7. I say this because the whole purpose for this drive is because of the quietness, less power hungry, and better/shorter wear on the drive itself. Some may say the price tag is a bit pricey, but honestly not every drive has the features this one does. Though again this will on benefit the ones who need them. Others will simply turn away when they see the 1TB capacity and the price tag together. I highly recommend anyone who wants a good, quiet and reliable drive for anything they plan on keeping personal files in.

Cons: Not a con, but some if not most will say the price is too high.

Overall Review: Buy it if it's what you need, if it meets your requirements. For the price and for what you are getting it's not bad at all. I have been thinking of getting another for raid and doing storage/streaming that way. From that I plan to see faster speeds, not a lot but maybe a small boost. On top of that the drive is dead quiet, so if you want. Get 3-4 of these and raid them, it will be quiet, cool and cut some costs off your electricity bill. The pros from this HDD makes it a no brainier.

3 out of 3 people found this review helpful. Did you?
Michael S.
Ownership: 1 month to 1 year

Pros: As promised, a brief follow-up to my 6/26/13 Review. The drive was placed in 24/7 DVR service three months ago, and after the usual fiddling with the cable company's DVR settings, the added hard drive immediately dropped recorded utilization from 85% to 17%. It has performed flawlessly, it remains virtually silent, and it is only slightly warm to the touch.

Cons: Nothing to add.

Overall Review: Nothing to add.

2 out of 2 people found this review helpful. Did you?
A M.
Ownership: less than 1 day

Pros: All new drives are correctly aligned for immediate use with modern Windows and Mac systems. WD AV-GP drives run smoothly and quietly. Can record TV shows while streaming already-recorded shows to several computers at once over home network, no problem!

Cons: Not really a con but older operating systems such as XP or Mac pre-OSX can be adjusted / aligned if necessary to achieve max. performance (see below).

Overall Review: You can check if your hard drive or SSD is correctly aligned. Click on Start and type Msinfo32.exe and hit Enter key. (In XP click on Start / Run then type Msinfo32.exe ) A window opens. On the left side of window click on Components / Storage / Discs. On the right side of window scroll down and find "Partition Starting Offset" value. Use your calculator to divide that big number by 4096. If the result is a whole number (with no decimal point) your drive is correctly aligned. WD and others such as Paragon offer a downloadable alignment tool if you need it.

7 out of 9 people found this review helpful. Did you?
John S.
Ownership: 1 month to 1 year

Overall Review: Can't vouch for the power savings, but this drive runs well and is silky smooth and quiet in its operation. Have installed a couple in standard PCs as primary drives, and keep one as a RAID backup replacement, as they are trouble free. Transfer speed seems good. Be warned that if the drive does fail, WD will send a "refurb."