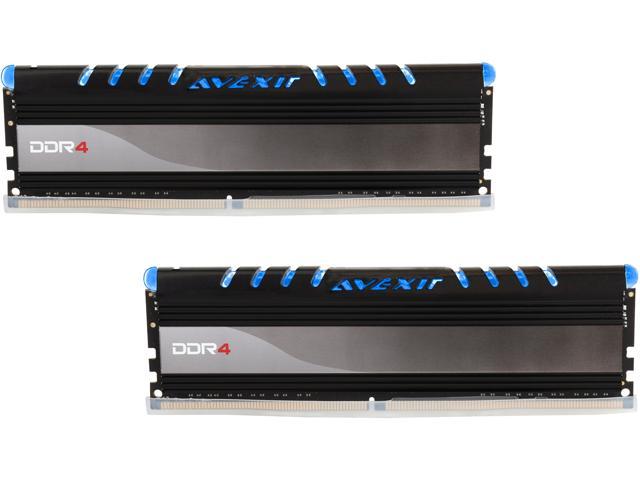 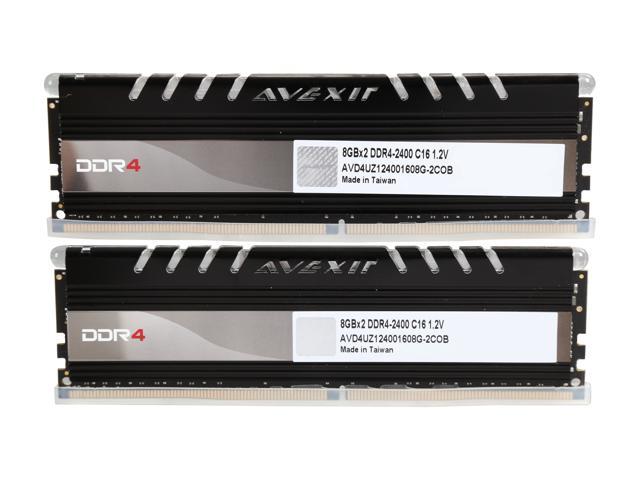 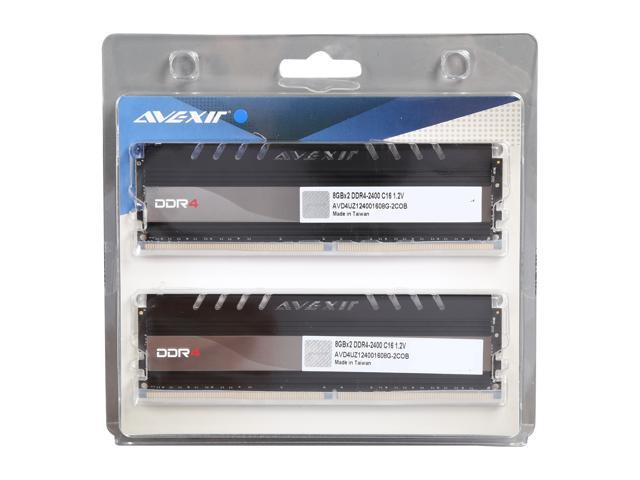 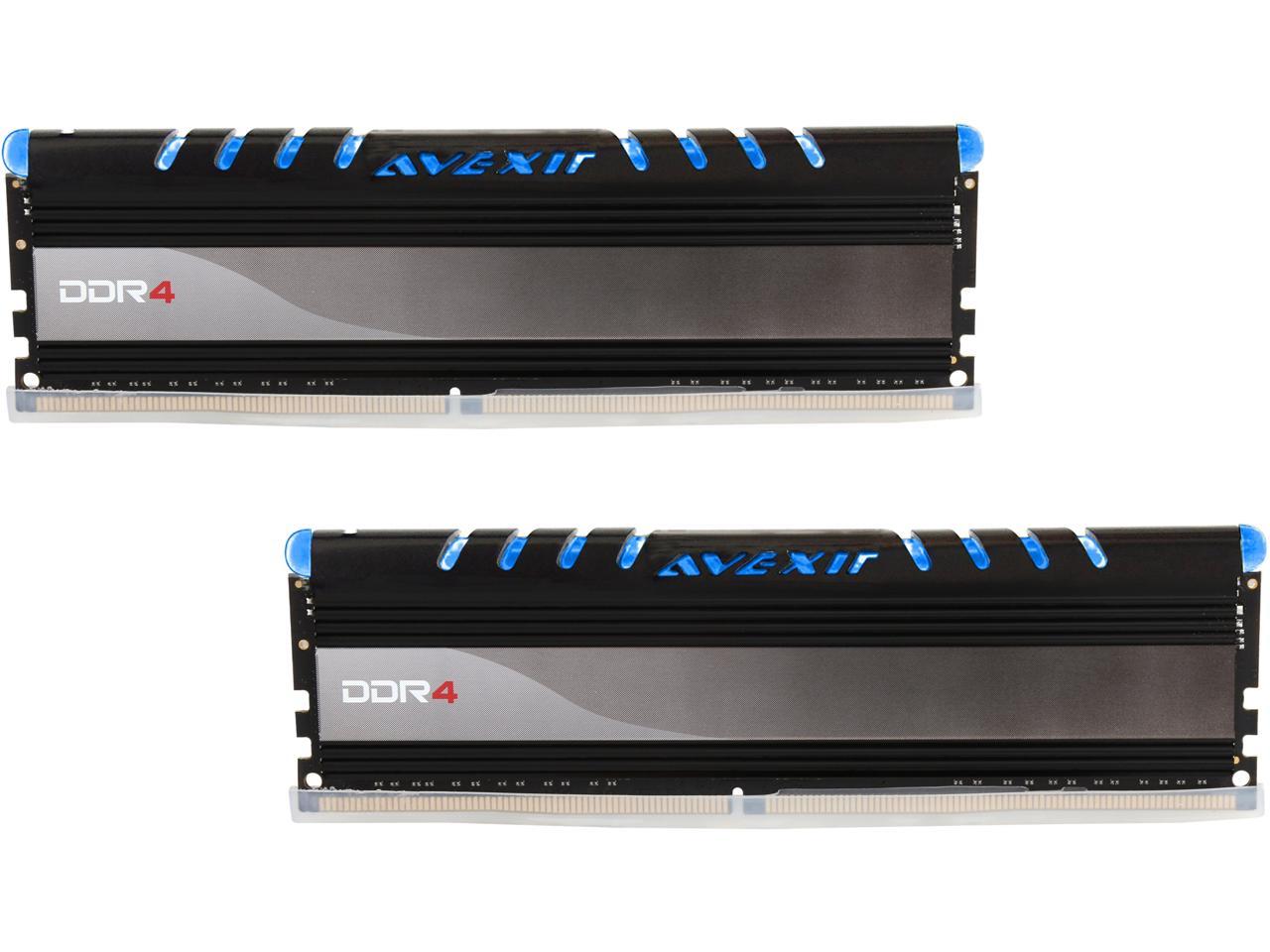 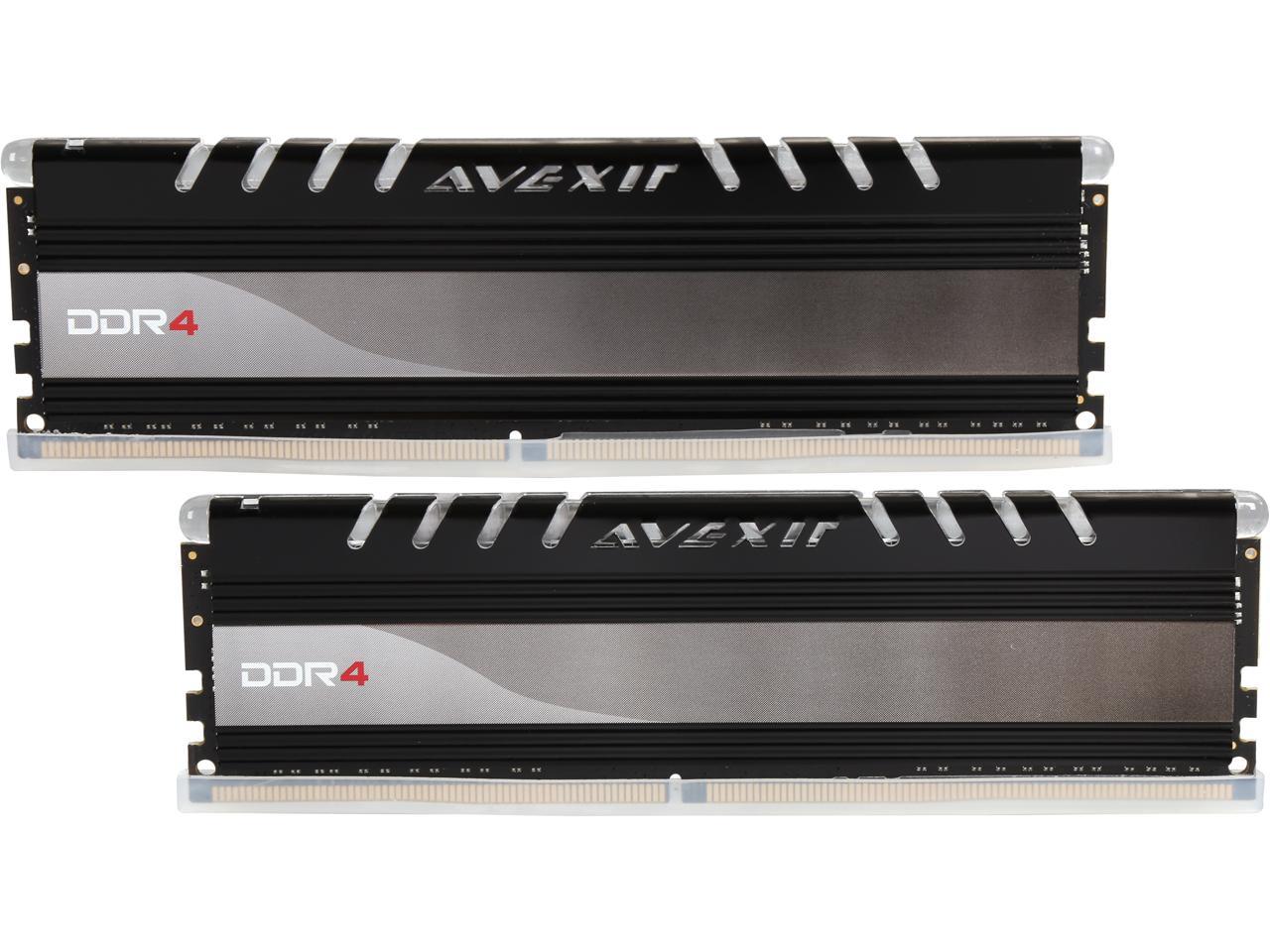 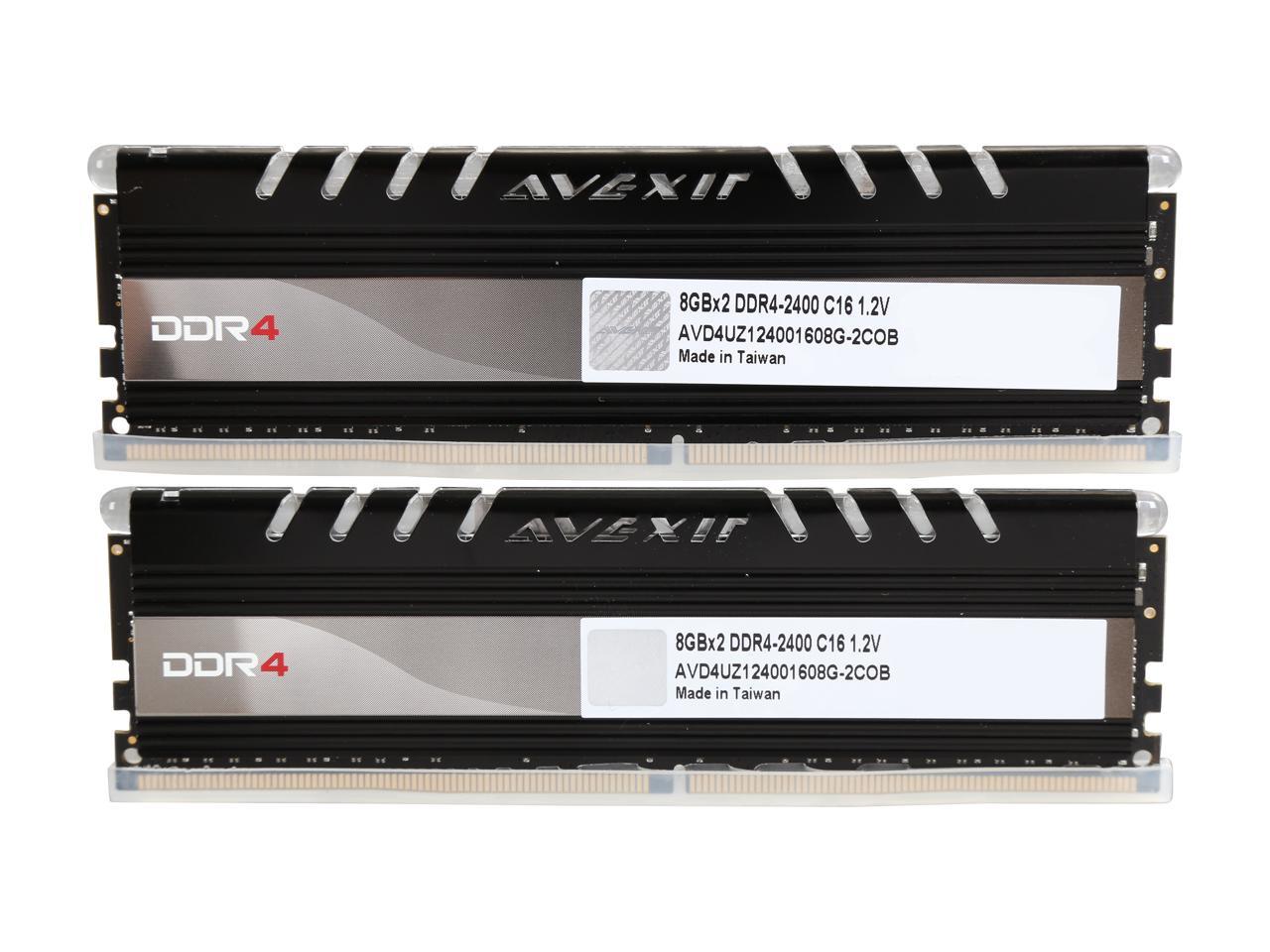 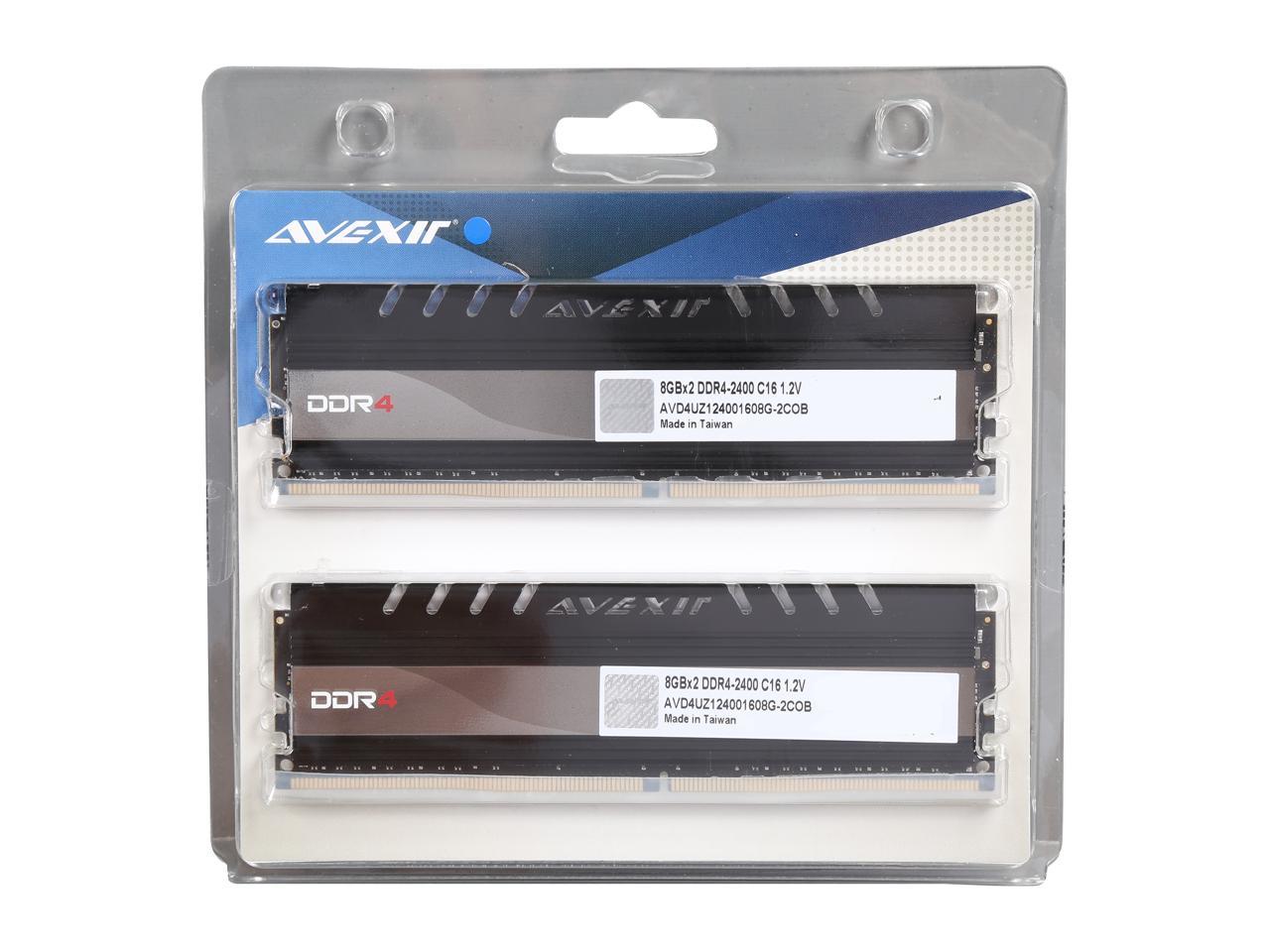 (116) Write a Review
OUT OF STOCK.
Overview
Specs
Reviews The whole thing about Core Series development is to satisfy gamers for their desire of gaming experience, featuring a fascinating LED breathing light effect which makes the RAM a gaming gear with soul inside.

Core Series is the ultimate choice for case modders to own. The Core series passed the standard test from motherboard manufacturers, and was certificated by ASUS, ASRock, ECS, GIGABYTE and MSI. It was also awarded around the world by professional review editors and association such as iF design. It already becomes the benchmark of new generation, showing the persistence of AVEXIR Technologies to build the best RAMs.

To make the RAM and motherboard visually unified, the Core Series provides six LED colors of Blue, Red, Yellow, Green, White and Orange, so you always have the right choice to suit your motherboard and make them breathing alive.

XMP is the memory optimization technique developed by INTEL. You can simply install the modules to supported motherboards and get the performance enhanced via the BIOS menu just a click away by select XMP in the BIOS and you are ready to run.

Every single chip of AVEXIR memory is prescreened by AIST (AVEXIR IC Sorting Technology), and then to test the compatibility for the diversity of motherboard with 8 hours reliability test. The DRAM IC and the memory module AVEXIR use, are been tests and validates for long time work, to ensure the best stability of the system and the memory can working for long time. The environment is fulfilling with the Oxygen and the water vapor, AVEXIR prepares the protector of golden finger for your memory, to prevent them from oxidizing. Pros: I bought this memory for my H170 Gigabyte board and it is working just fine. Of course, with H170 it runs at 2133mhz. The price was cheaper than any comparable DDR4 16GB kit. The red LEDs compliment my board and overall color scheme.

Cons: The LEDs only have "breathe" mode. I do like it but wish there were options.

Overall Review: Be sure to remove the plastic covering the heatsink on the brushed side. I almost missed it!

Overall Review: -I did not realize the LEDs pulse rather than staying constantly lit. It's a cool effect though so I don't mind, just be aware that it does a breathing effect. -People commenting that their having issues most likely have not checked their motherboard manufacturers website to check compatibility. Do this!

Pros: - The LED is a "wave" and looks just sick! - Quality is awesome, build seems very similar to hyperX or Corsair

Overall Review: - Wish I could control the LED somehow, but thats just being nit picky

Cons: -Blue is slightly lighter shade than the rest of my blue case LEDs, but not enough to notice and this could just be my own individual problem ;)

Overall Review: You may need to set the 2400MHz in your BIOS - if you see your sticks are running at 2133 that's because you need to set it up manually. This particular model is blue; you CANNOT change the LED colors! Avexir has other models that you would need to find if you want a different color. Great RAM that works as advertised.

Pros: I dont think brand name matters too much in RAM industry. The avexir running fine. The led breathing is nice. From now on I think I just go with cheaper memory sticks for same spec

Cons: Nothing to see here

Cons: -Packaging was OK, but it is a lot thinner than any other ram packaging I have had experience with, and one side was crunched slightly.

Overall Review: I do not have any complaints with this ram, it is beautiful with the brushed aluminium and led accents, and performs very well. I am using this ram in the AsRock gaming k4, even though it is not on the compatibility list, it works great. I would recommend to anyone, and plan on ordering 3 more in the next few months. I will update my review if I have any problems. My rig: i7 6700k AsRock gaming k4 Avexir ram (this ram) 1x8gb MSI Gaming x gtx 1060 WD 1tb blue Phanteks enthoo pro m deepcool rgb LEDs -RedDubzSmash

Cons: No real cons, but I see some people complain about how the RAM isn't 2400mhz. I think you have to enable the XMP profile in your BIOS settings to take advantage of the speed

Overall Review: (my 2nd stick I ordered recently had a slew of shipping issues, but it's not worth taking an egg off for it.)