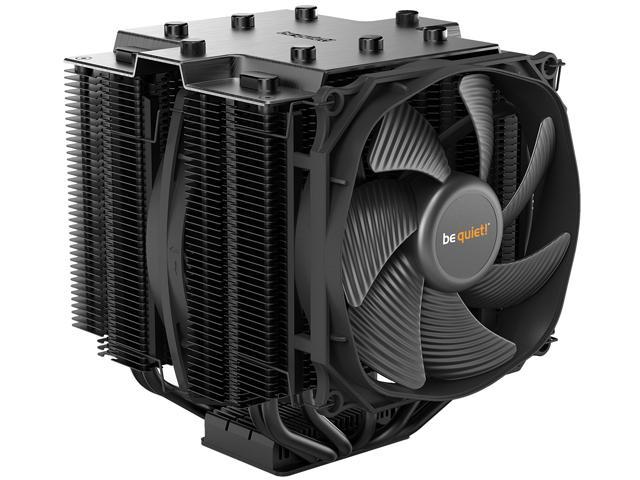 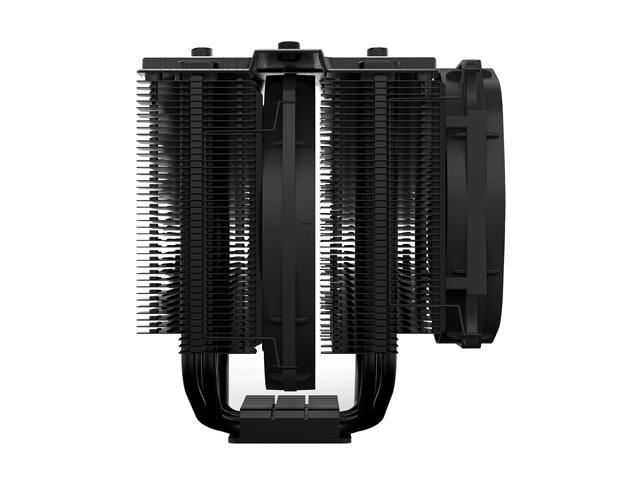 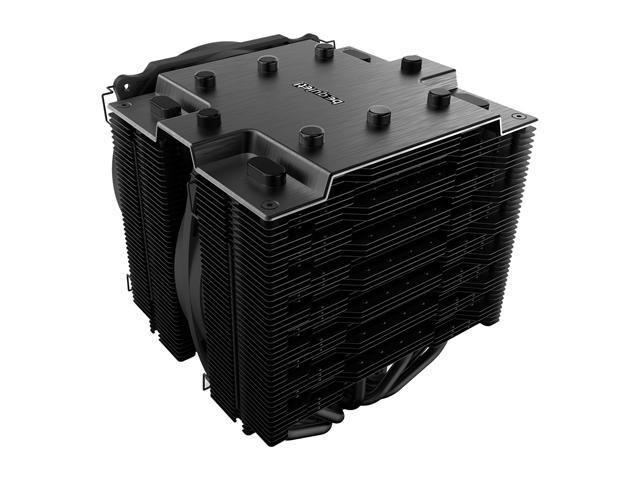 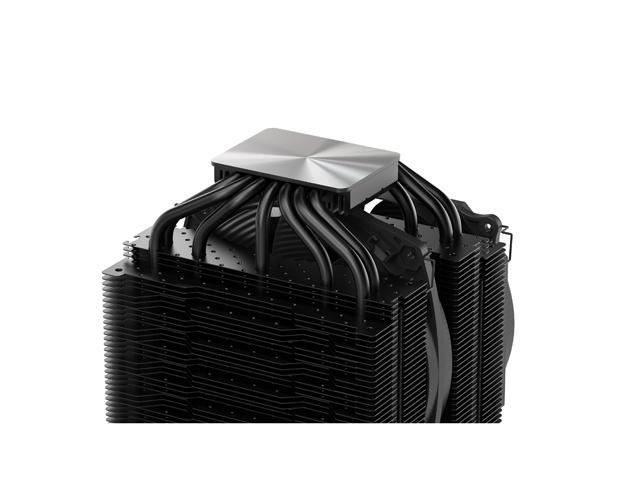 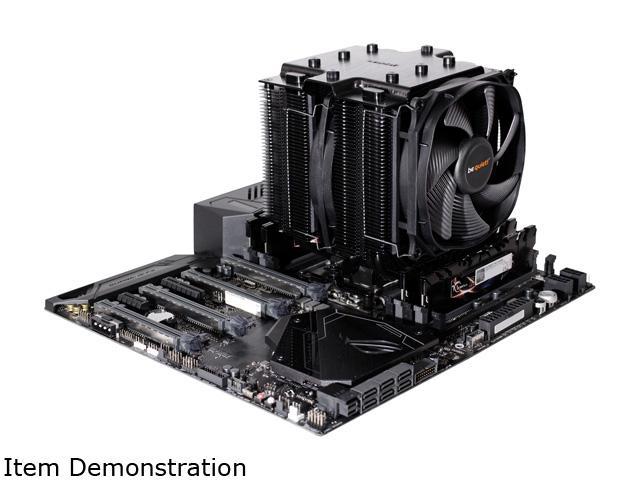 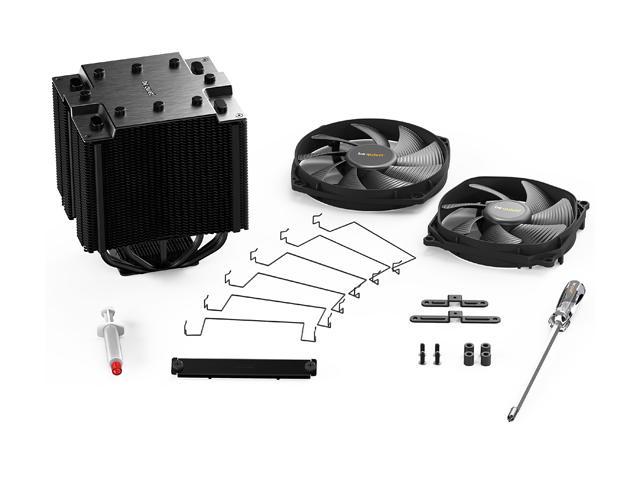 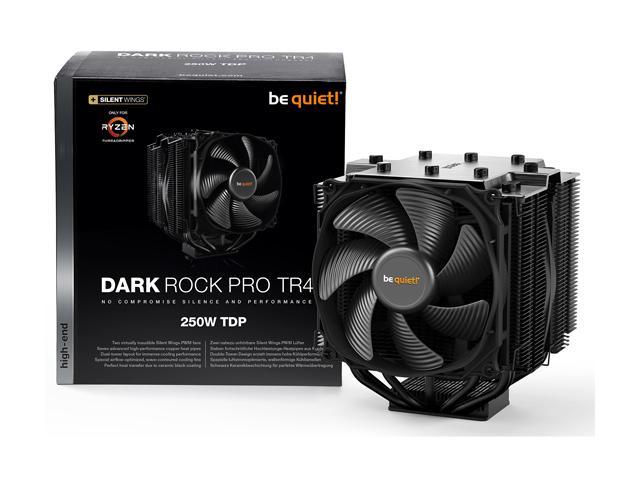 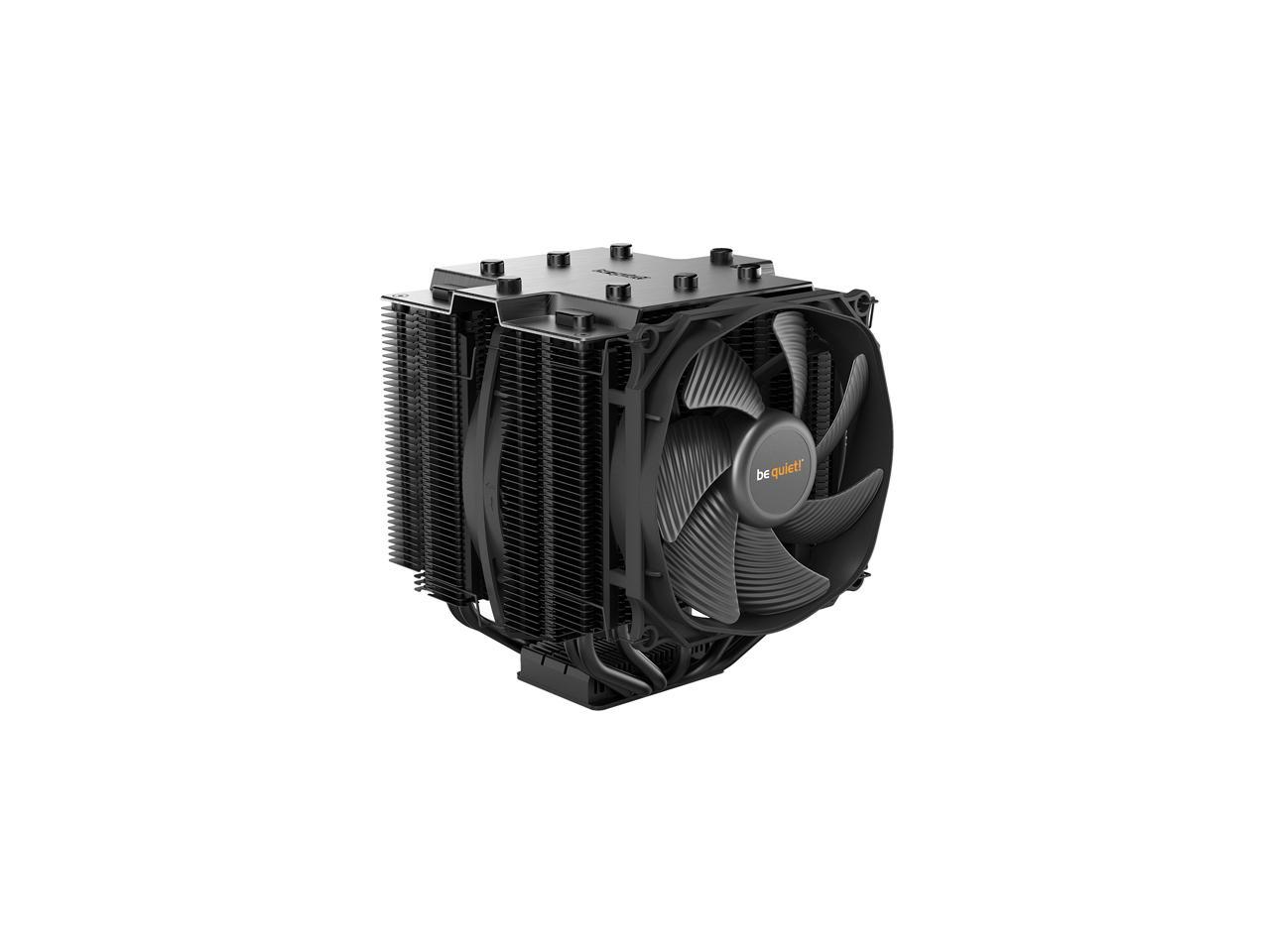 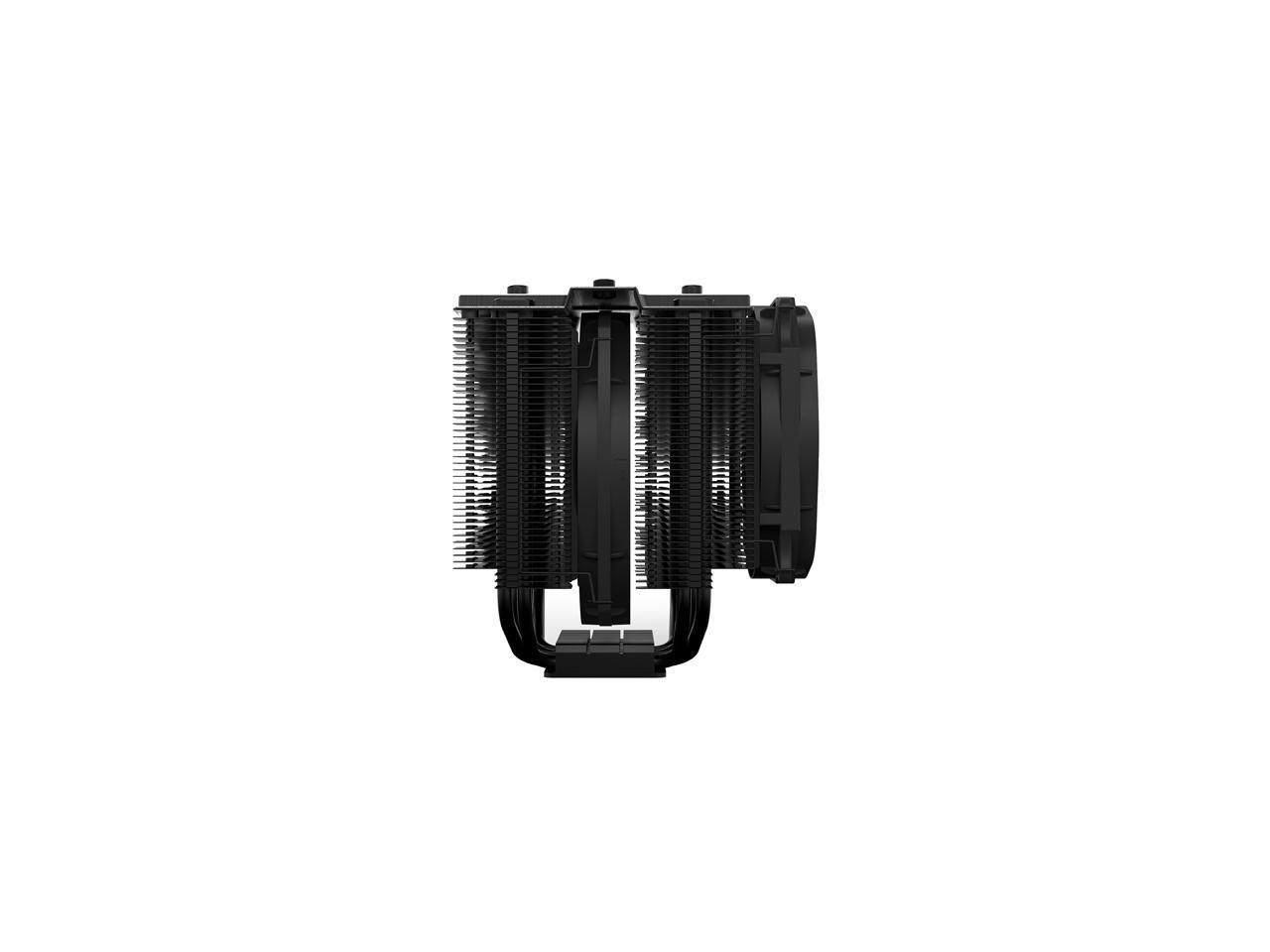 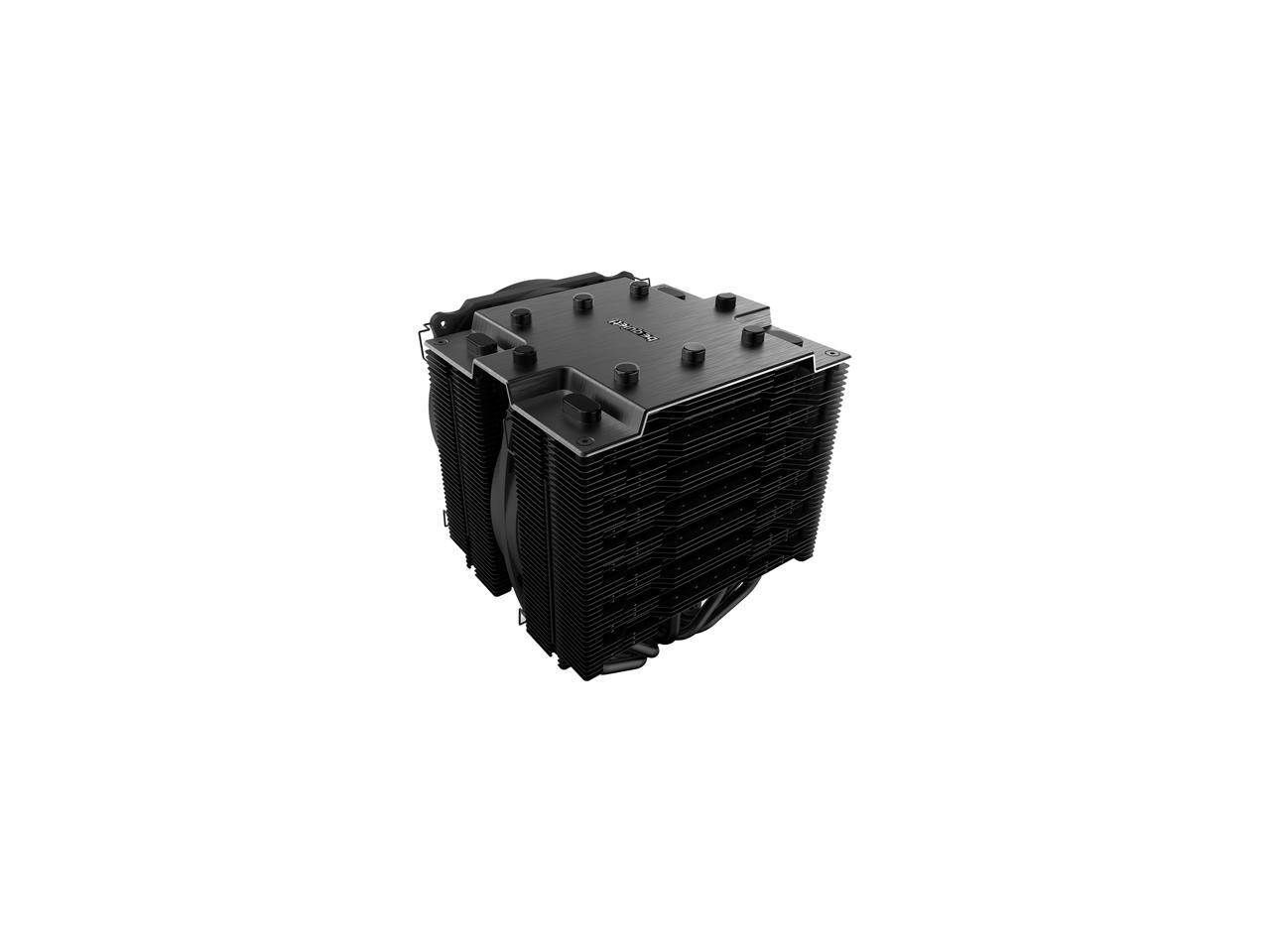 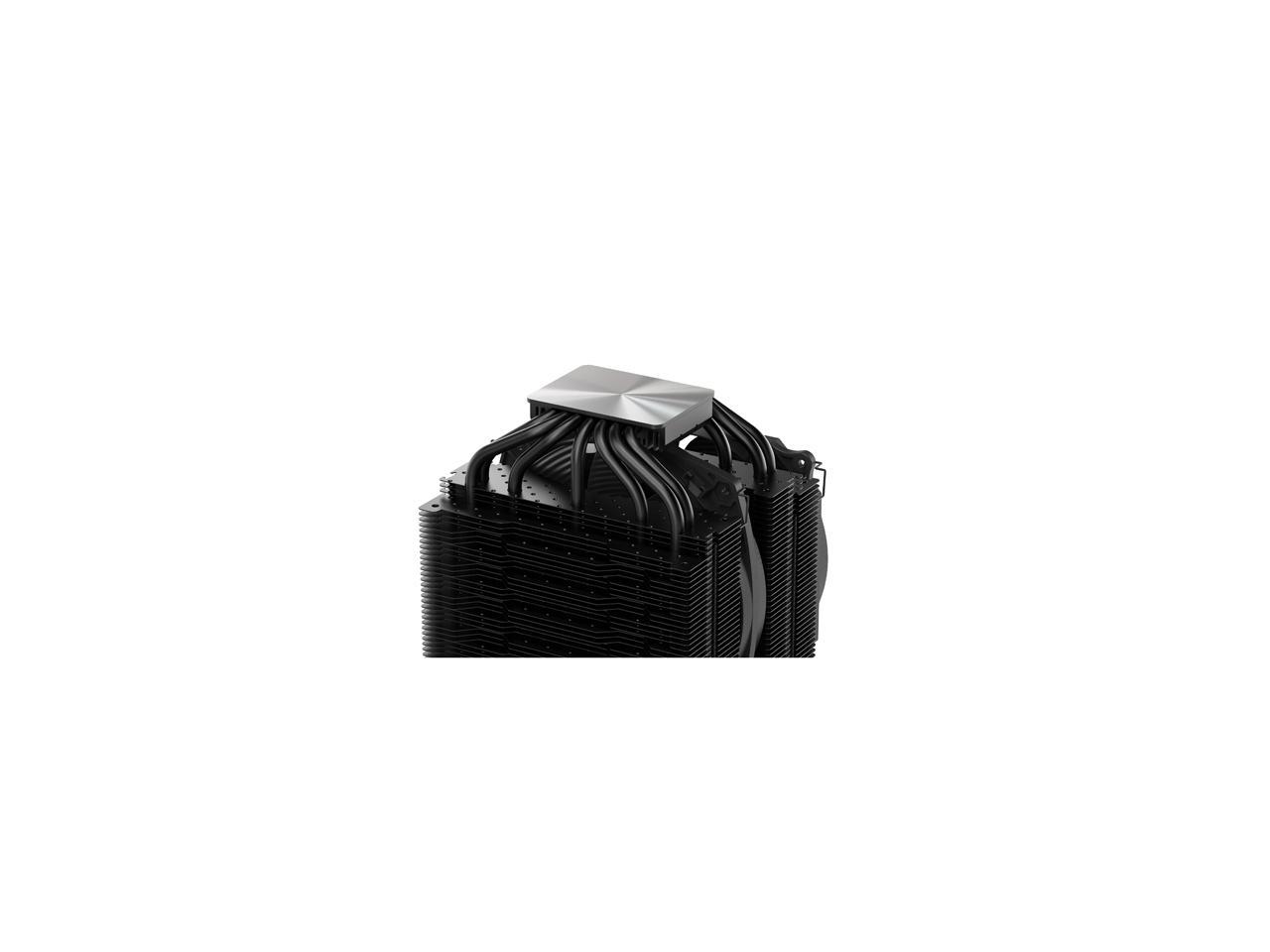 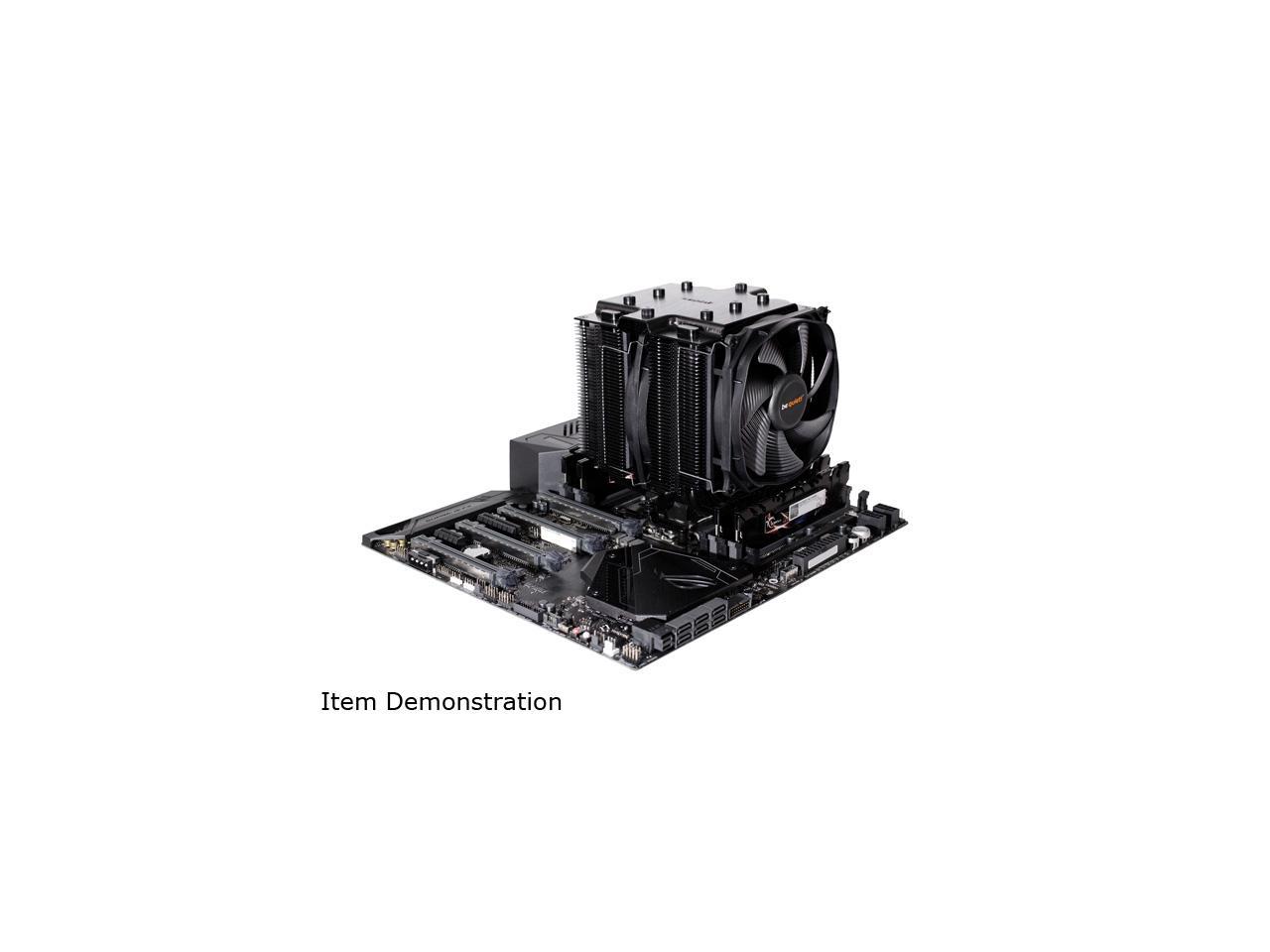 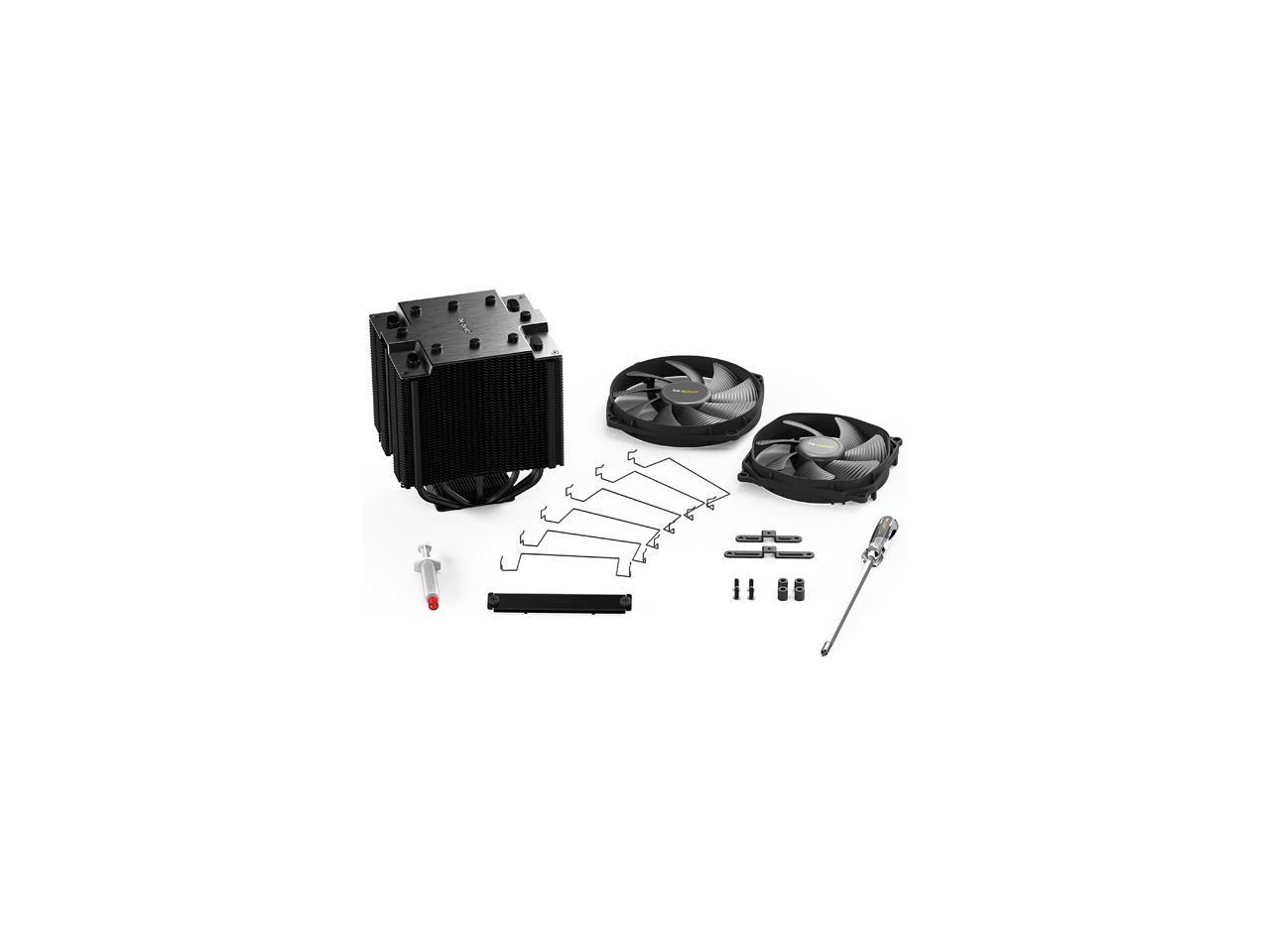 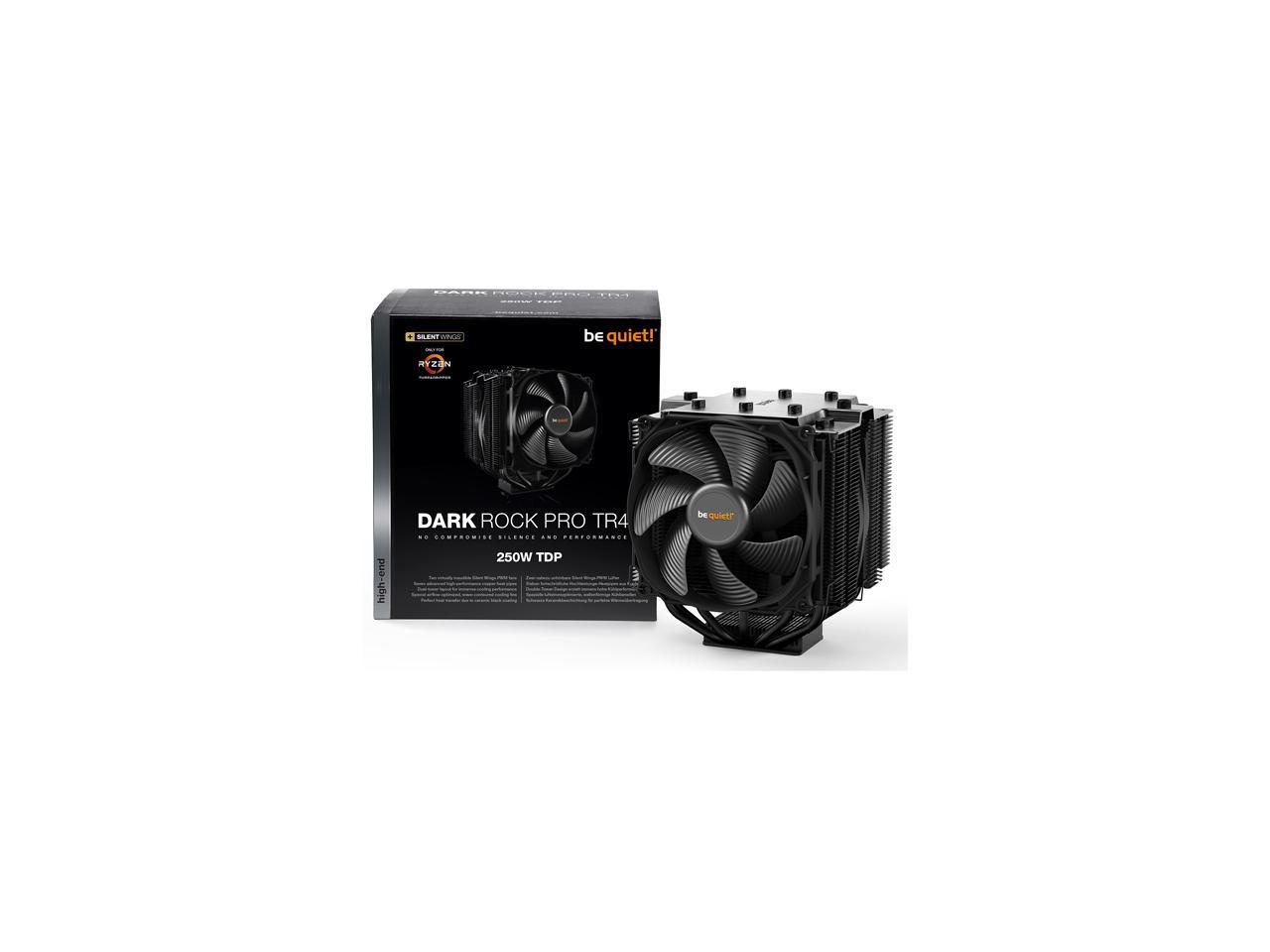 No Compromise Silence and Performance

No compromise in silence and performance for overclocked systems and demanding graphics applications! Dark Rock Pro TR4 is designed for AMD TR4 only and provides an impressive rating of 250W TDP.

The core features that result in high-end cooling

Powerful cooling for your components

Stylish and easy to install

The mounting kit for the Dark Rock Pro TR4 cooler is completely black, perfectly matching the black design of the cooler itself. You can conveniently install the cooler on the motherboard from above. The brushed aluminum top cover with its diamond cut finish adds a touch of elegance to this high-end cooler.

Learn more about the be quiet! Dark Rock TR4

Overall Review: I am using this to cool my Threadripper 2990WX processor. With the precision boost overdrive enabled, all 32 cores will run between 3.9GHz and 4.0GHz for most multi-threaded applications. With synthetic stress testers like Statuscore and Prime95, speeds will slowly throttle down to the 3.5GHz range, which is still very impressive for an air cooler on 32-cores! This cools better than the two Enermax Liqtech 360 coolers that I tried; both of those AIO coolers failed in under a year, and both were sent back for RMA. I literally have a brand-new, in box replacement from Enermax sitting unopened because I'd rather keep this air cooler on it. The heatsink barely gets warm and even under full load with synthetics, I never hear the fans. This is much quieter than the Liqtech. By a mile. The only thing you should be concerned about is the size. No joke-- it's is big as a toaster. 4 of the 8 DRAM modules cannot be installed or removed without first removing the heatsink. Your video card will still fit into the top slot but the backplate will have less than 2 millimeters of clearance. Just FYI. Highly recommended. Take it from me-- I've had a 1950X, a 2950X and now a 2990WX, I've used a Corsair AIO cooler and the Liqtech 360. This isn't going to clog up, outperforms over the long run, it's quiet and it's a hoot to look at. When I was ordering the product, I was unsure. Now that I've been using it for a month, buy it. Absolutely buy it. Cheers,

Pros: HUGE, due to the size of the heatsink and fan assembly it is able to handle intense amount of CPU heat output. It will keep a 2950x Ryzen Threadripper at 98 degrees Fahrenheit and boosting to almost 4 GHZ most of the time. Extremely quiet. Rather easy install considering the size. Not that heavy as well which was surprising so you don't have to worry about motherboard flex.

Cons: The enormity of the size will limit your ram choice, my GSKILL Trident Z is able to fit though anything higher will cause issues. So you will want to install all of your nvme m2, ram before trying to put this on your motherboard.

Overall Review: Make sure that you take off plastic covering off the base before trying to install and then having to take it apart like me. You should also set the cross bar brace on the base, then set the entirety onto the motherboard so that there isn't too much movement having to center the heatsink to the socket.

Overall Review: So far with my 1950X at 3.8Ghz with around a 1.2 volt VID, I haven't seen the chip exceed 69 celsius at full load with (unnaturally high) Prime 95 super heat mode/32 threads full bore. This is the 4th air cooler I've tried with this chip, and this is the only one that can handle the overclocked load outside of high-end DiY water cooling that was well over twice the cost. I have tried the Noctua NH-U14S (with dual fan) which is a close second at somewhere between 72-73 celsius on this overclocked 1950x. I also tried the Cooler Master Wraith Ripper and DeepCool Fryzen. Both were lower performance with the Fryzen having great RAM compatibility, but with greater height and much louder fan, not as good. The Wraith Ripper was also fairly noisy and was much closer to the video card and worse RAM compatibility. Installation is fairly simple. Ensure your video card is out of the PC, and you are best served by having your case on its side. You put in two cross bars on each set of screws which go through a plastic standoff each, and a middle cross bar that spans the two. They include a nice long screw driver to help screw in the two nuts on each end because you unscrew two dots on the top of the cooler to expose a couple of holes to go through to screw it in. It's not mandatory to do this, but helps in smaller cases.. Have a flash light handy if lighting in the area is not good, because the all black nuts on the all black cross member may be a bit hard to see. Once on, mating seems very solid and there is very little movement. Thermal paste is included, and there is a fan splitter for those motherboards like my MSI X399 Gaming Pro Carbon which only have one CPU fan header. place the clips on the middle fan and pivot them outwards and fit it through. Once done they are relatively easy to clip on, and then finish by putting the first intake fan (over the RAM) on. Once done expect a quiet cooling experience. And at 163mm tall it's the shortest of the coolers outside of the only short option, the Noctua NH-U12S which doesn't perform nearly as well. I'm extremely impressed with this cooler, and if you are not assured of the safety of water cooling with all-in-ones, this is basically your best bet.

Overall Review: It is large and looks good in the case. Dual fans are inline with the cabinet fans which moves air nicely.

Pros: This thing kept my system real cool, idle at 32 degrees and the max temp I got when benchmarking was 73degrees. Very impressed considering I almost went with water cooling.

Pros: This CPU cooler is remarkable. It looks great and with 250w cooling capacity it keeps my ThreadRipper quite cool under load, with low maintenance, no risk of a pump failure/CPU frying itself, or catastrophic coolant leek. As it's name implies it is super quiet. I wouldn't trade it for a liquid cooling setup!

Overall Review: This air cooler is a striking addition to any gaming computer with a glass side panel. It adds a super visual impact, kind of a Steam Punk look!

Pros: Keeps the Threadripper 1920 at 5ºF above room temperature under standard use loads. When running 4K video editing of 30 min. long, it stays well below 100ºF (38ºC) using Powerdirector 17. Can't say enough good things about this CPU cooler. The Job is Done Right!

Cons: Has a tendency to slip a tiny bit around on the CPU when you upright your tower case. Did not affect the cooling at all. Still covered the CPU just fine.