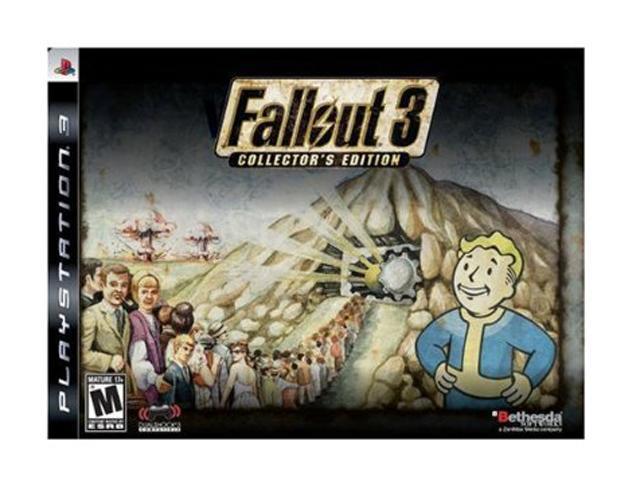 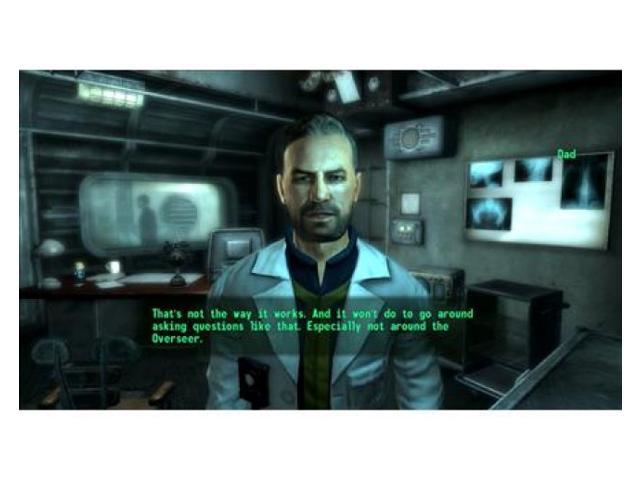 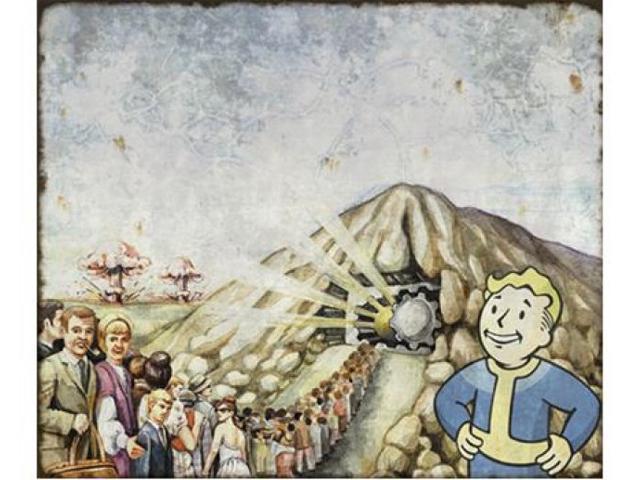 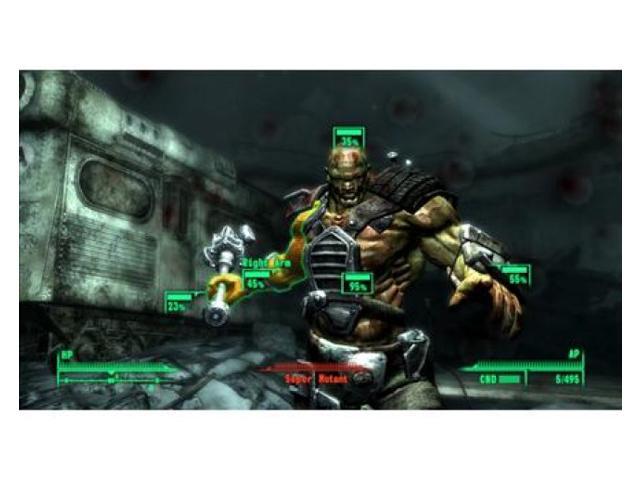 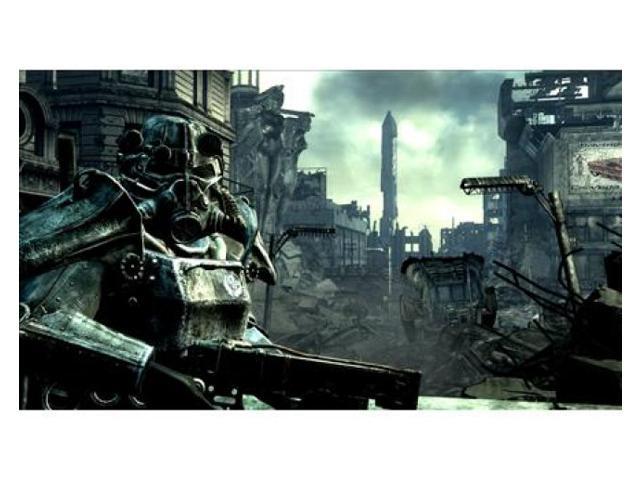 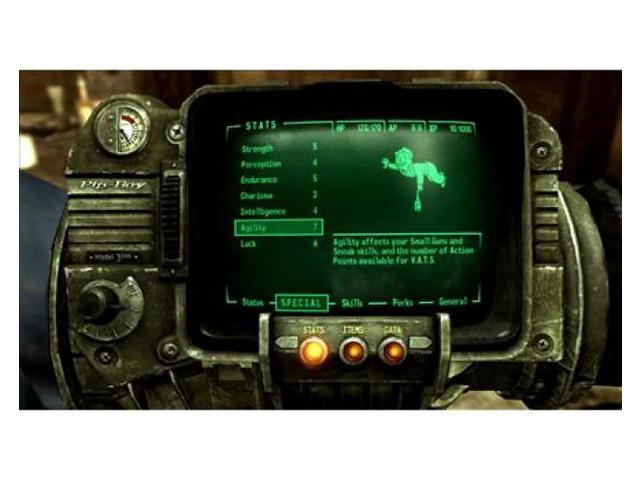 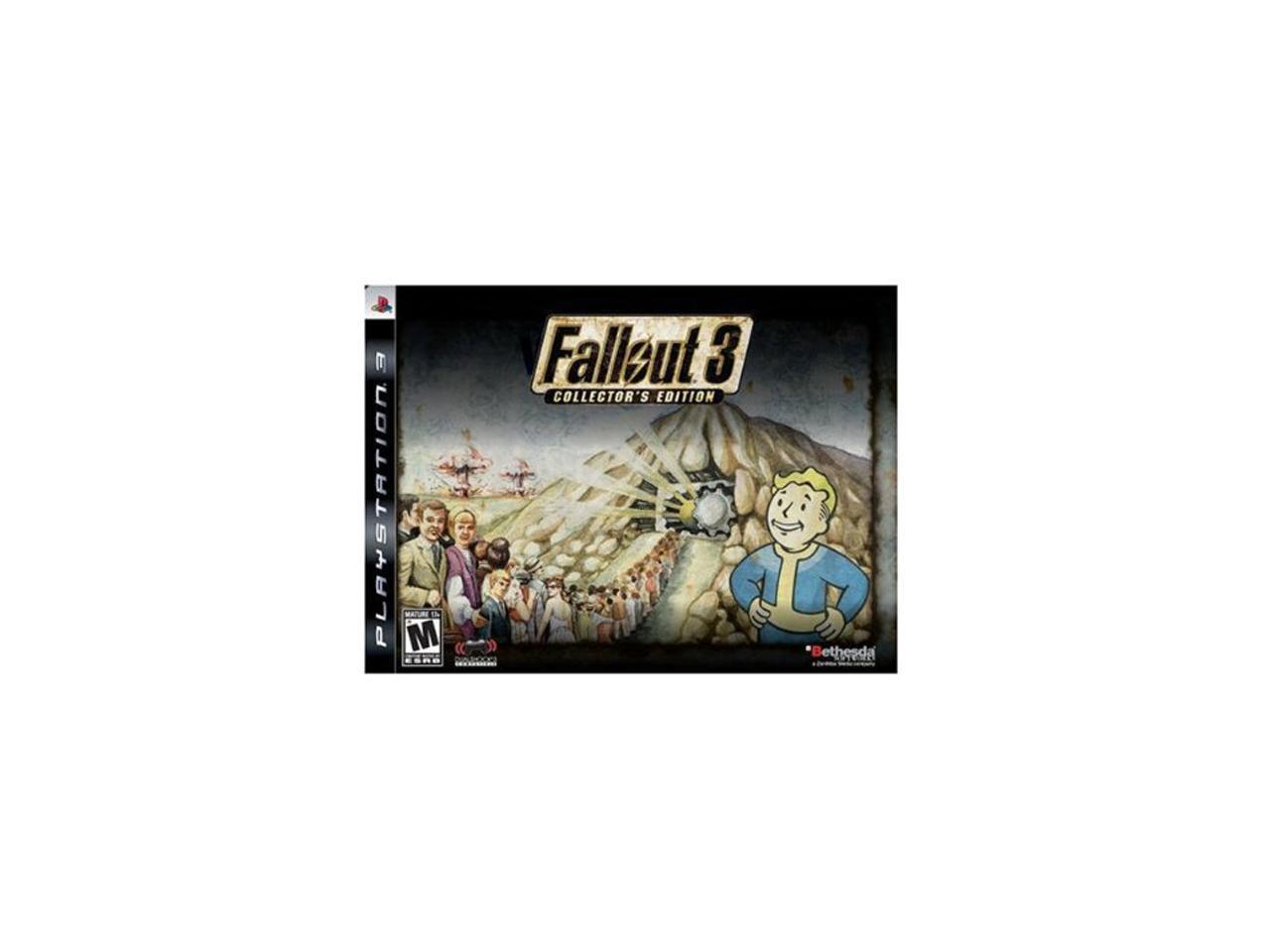 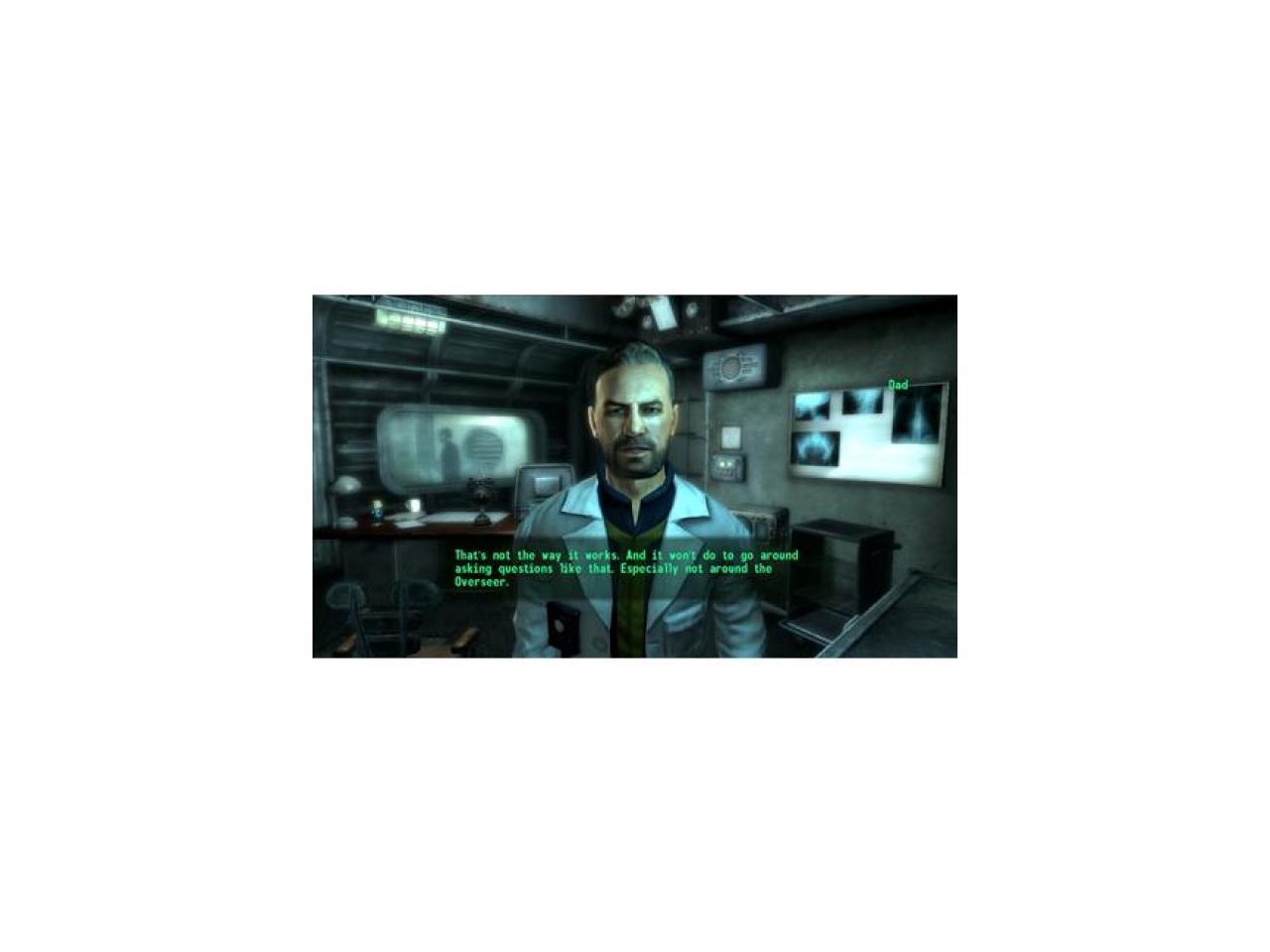 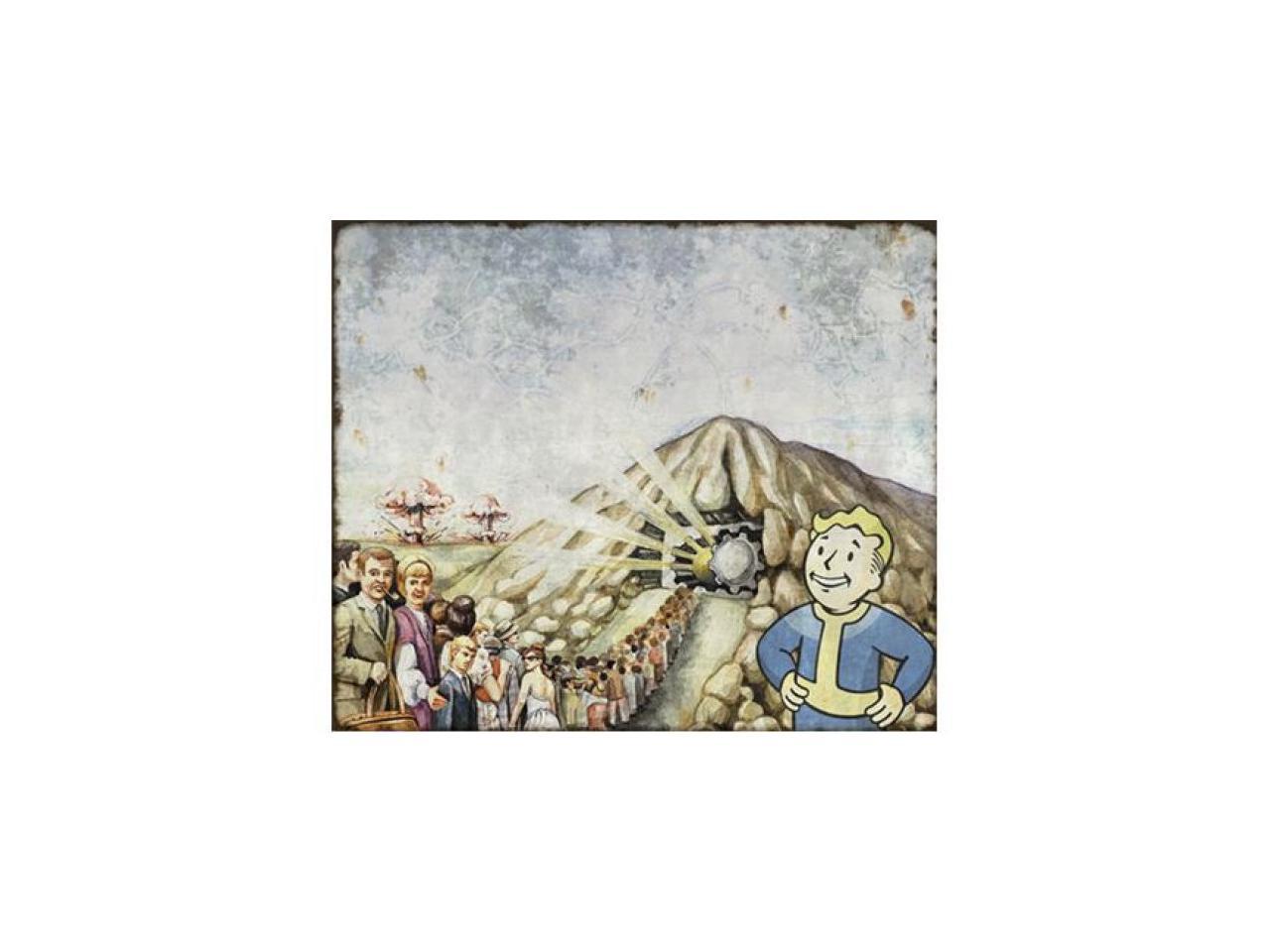 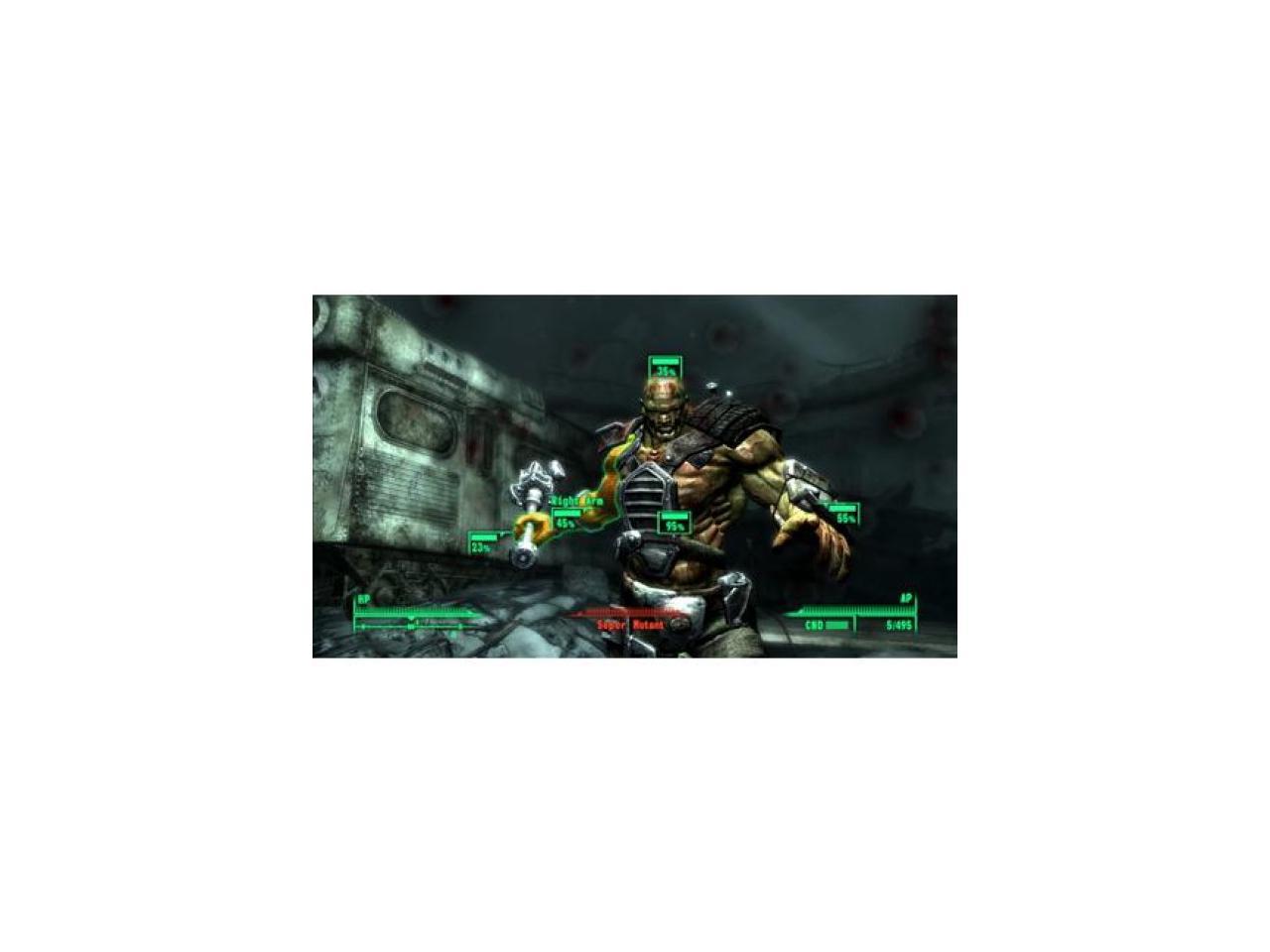 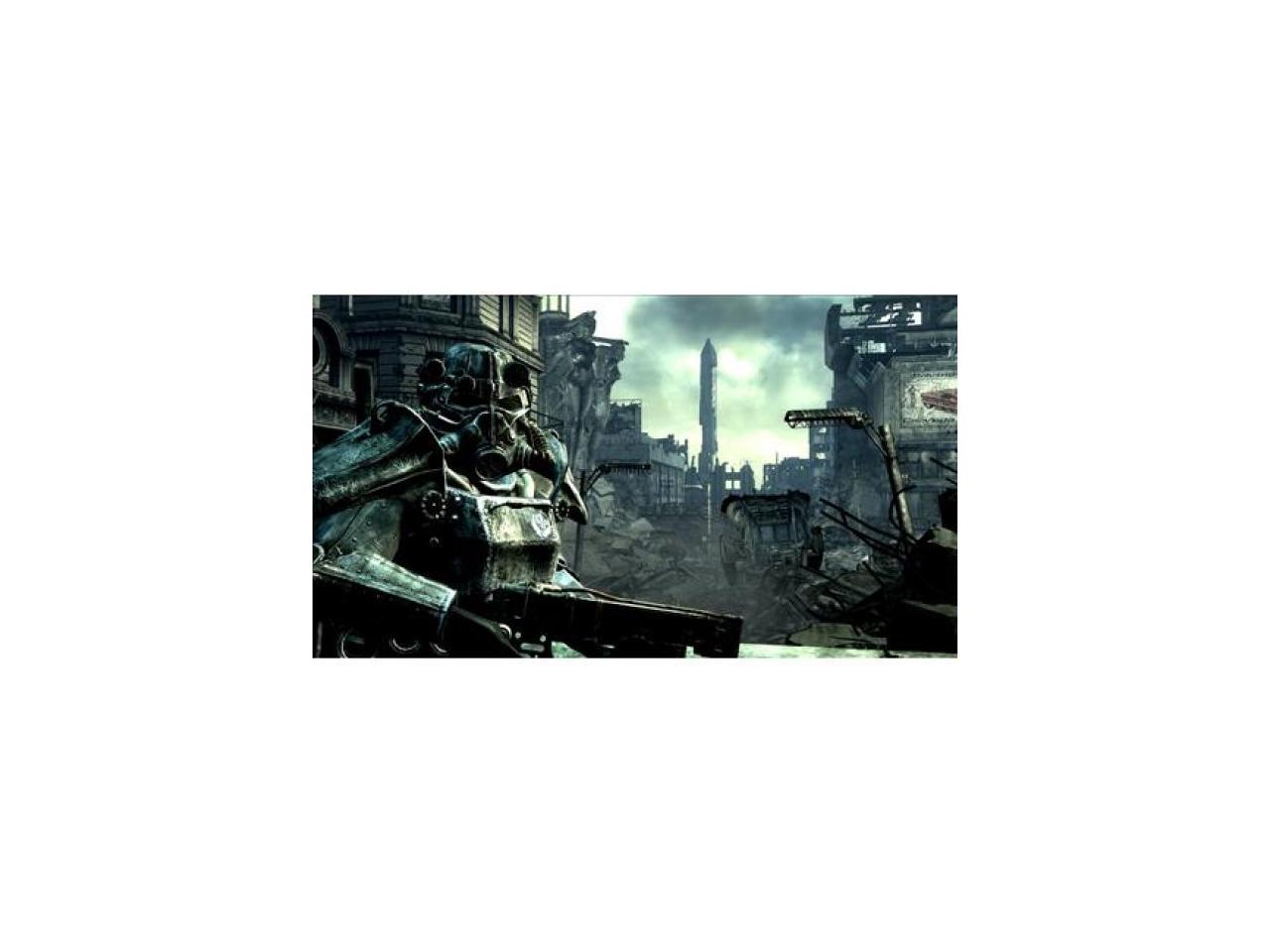 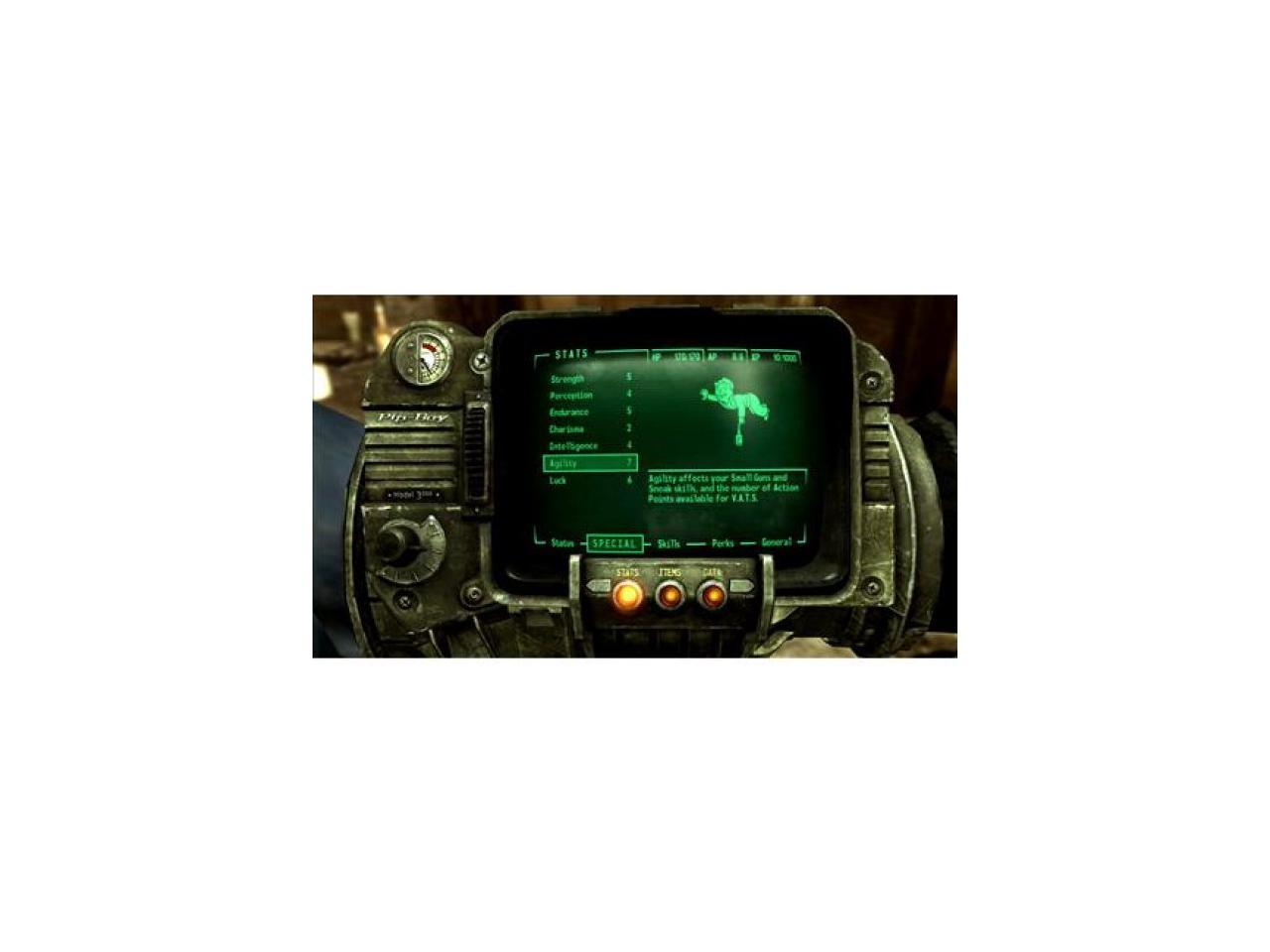 (2) Write a Review
OUT OF STOCK.
Overview
Specs
Reviews
It's been ten years since the release of Fallout 2 and 227 years after the nuclear devastation that all but destroyed humanity and now Bethesda Games returns you to the post-apocalyptic remains of what used to be Washington DC, packed with detail and excitement as you explore 2277. You get multiple challenges with consequences or rewards based on your actions. Build your character through pivotal events of your childhood in Vault 101. Assign skill points to reflect your style of play and put yourself to the test as you venture out into the sunlight in the shattered remnants of Washington DC in search of your father – the first man to leave the Vault.
You'll have to balance finding food to regain health against your radiation level – putting the struggle for survival in very real terms. Character interaction can lead to shortcuts or dead-ends. Side quests let you try to gain aid and allies and more detail than you can pick-up on a single play-through. Combat goes beyond simple run-and-gun with the Vault-Tech Assisted Targeting System (VATS). Make sure that you take care of your weapons, however as they'll wear out without maintenance. Your character can combine weapons into newer, more powerful ones – if you took that skill. You'll find touches of the same dark humor that set Fallout apart in the first place along with retro 1950's stylings set against the ruins.
The Collector's Edition includes a behind-the-scenes DVD showing the development of the game, along with hard-cover book filled with concept and production artwork from Fallout 3. A Vault Boy bobblehead figurine is also included and everything comes packed in a metal Vault-Tec lunch box. Prepare for the future!

Pros: With this you edition get extra collectors items (lunchbox, bobblehead, special dvd's) but the game is still as cool as anything!

Cons: Expansion for the PS3 is not there, I think that's a crock.

Overall Review: Hopefully the expansion will be made for the PS3.

Pros: The bobblehead and lunchbox that comes with this collectors edition are awesome!!! The game itself is fantastic and will probably consume me for the next 3 months at least.

Cons: Only plays up to 720p which kinda sucks because i spent $20 on an hdmi cable to play this game in 1080p. but all the same if i would have read thru the product description better i would have found this out..

Overall Review: you have to get this game and the price here after shipping was only $70 for me. only 10 more than the reg version at wal mart