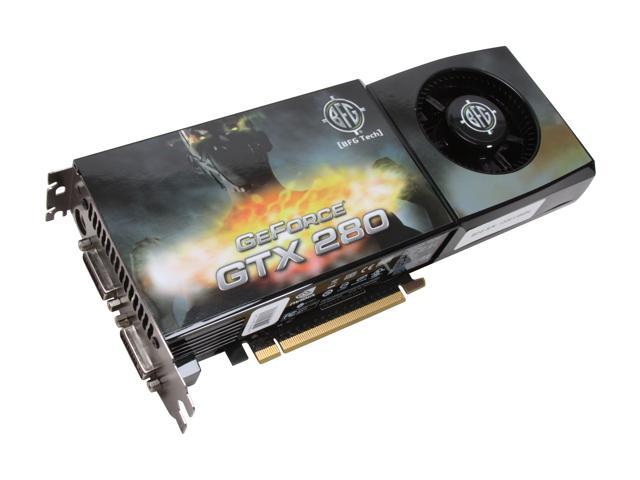 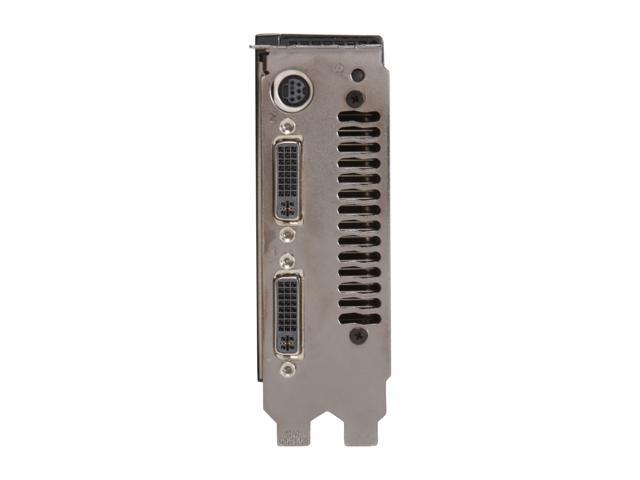 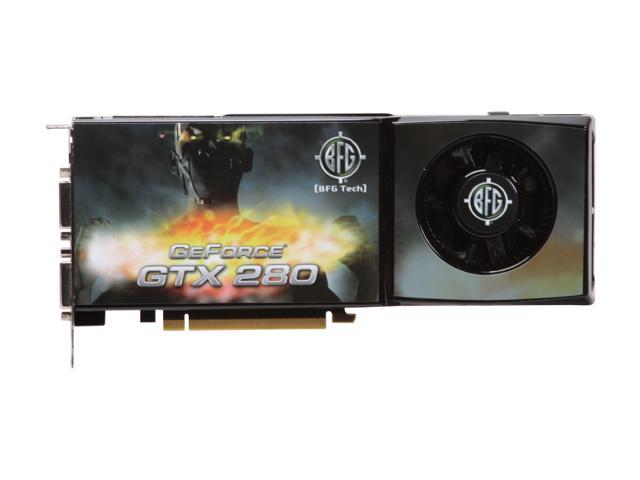 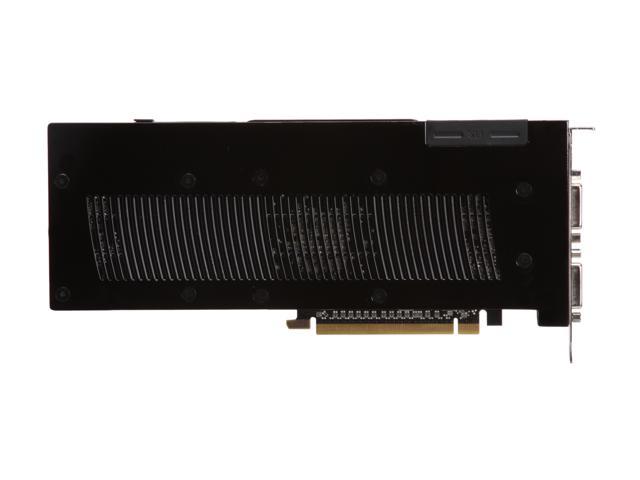 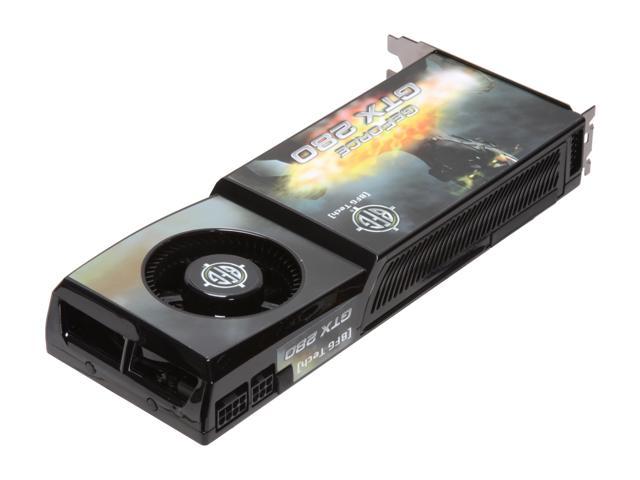 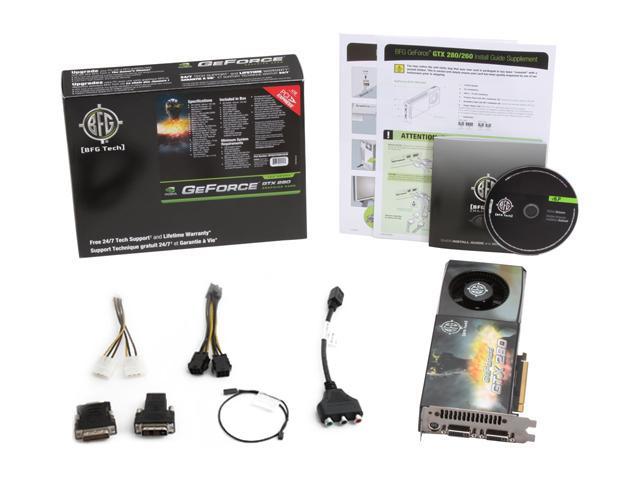 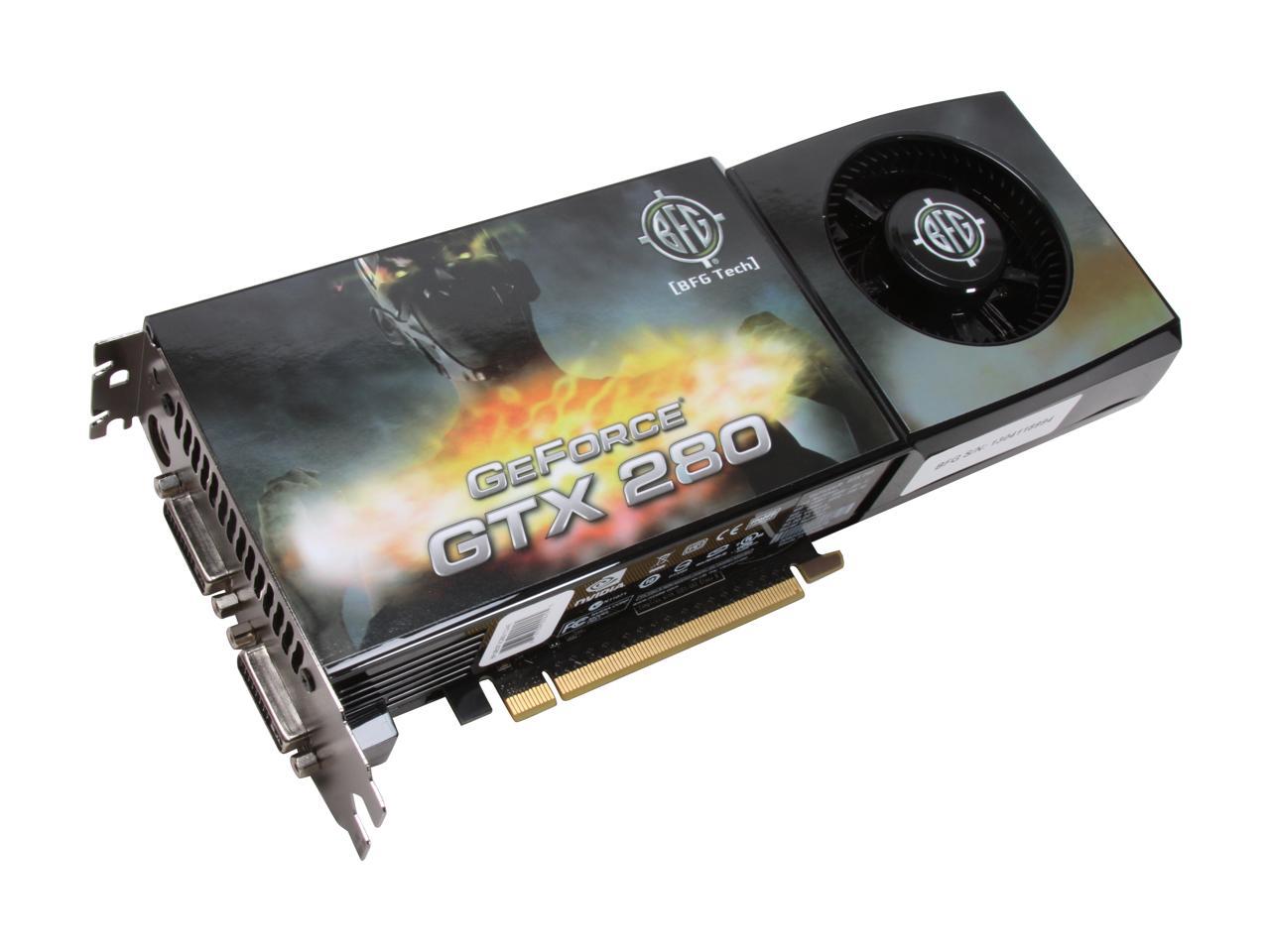 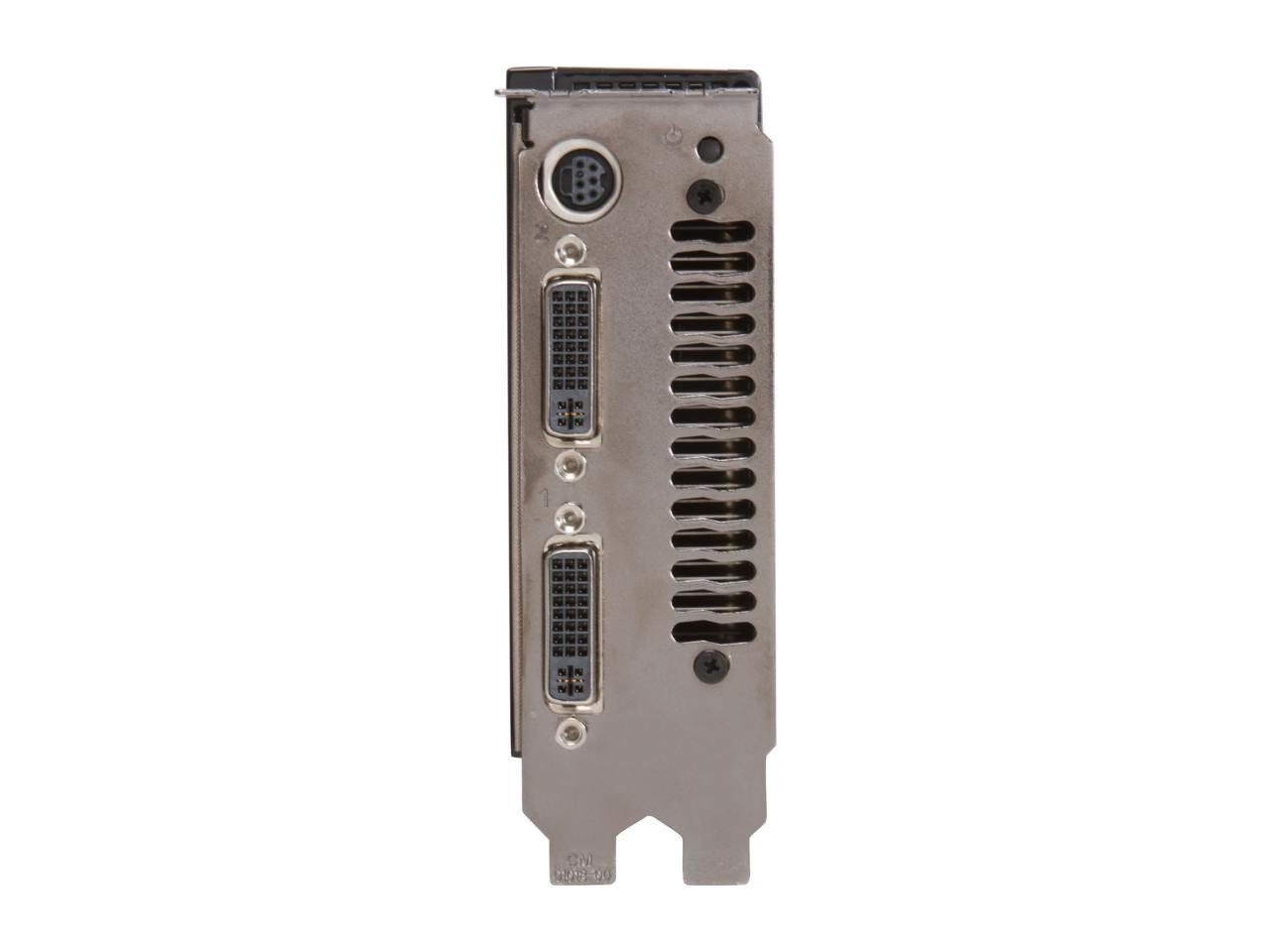 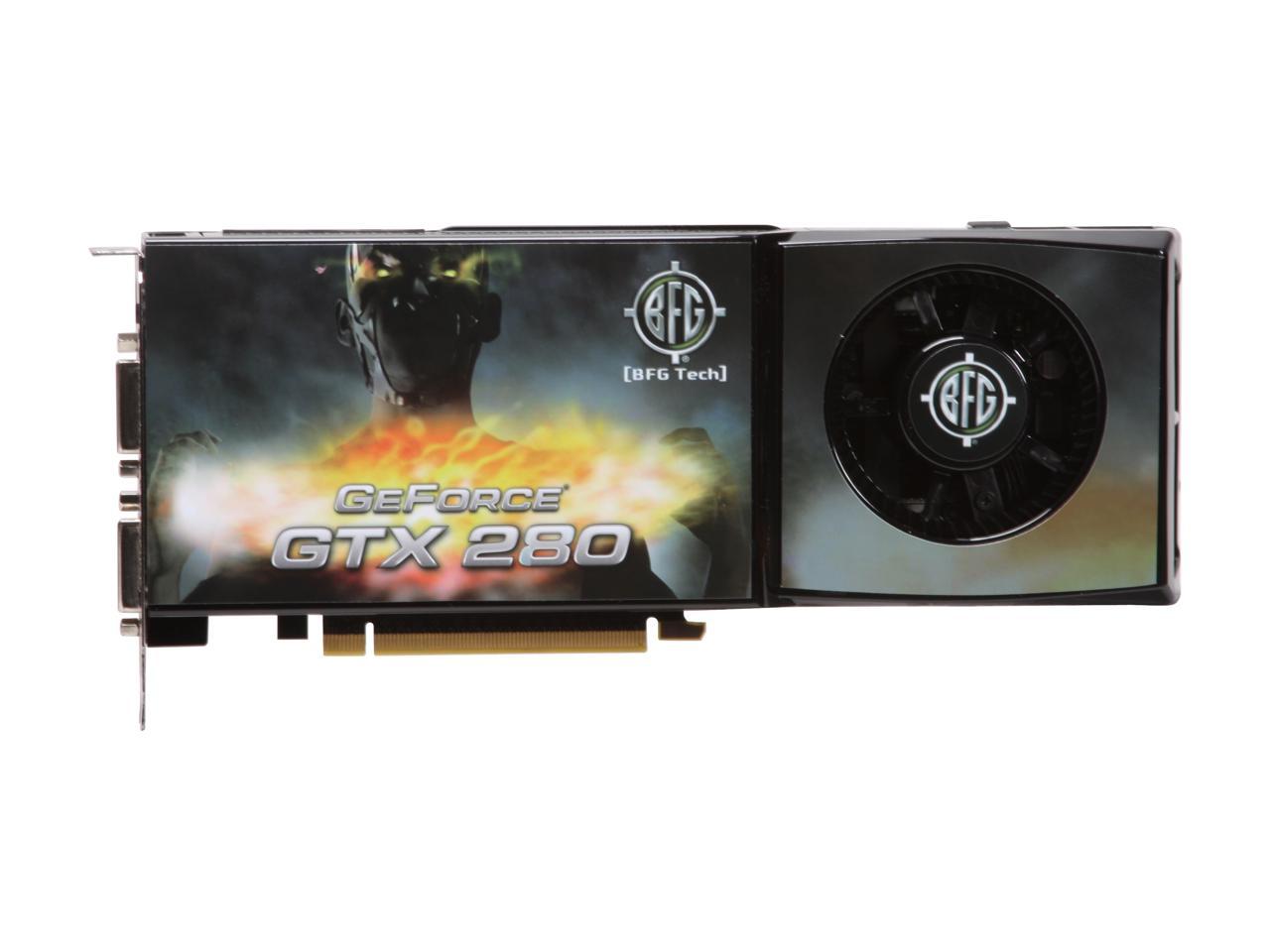 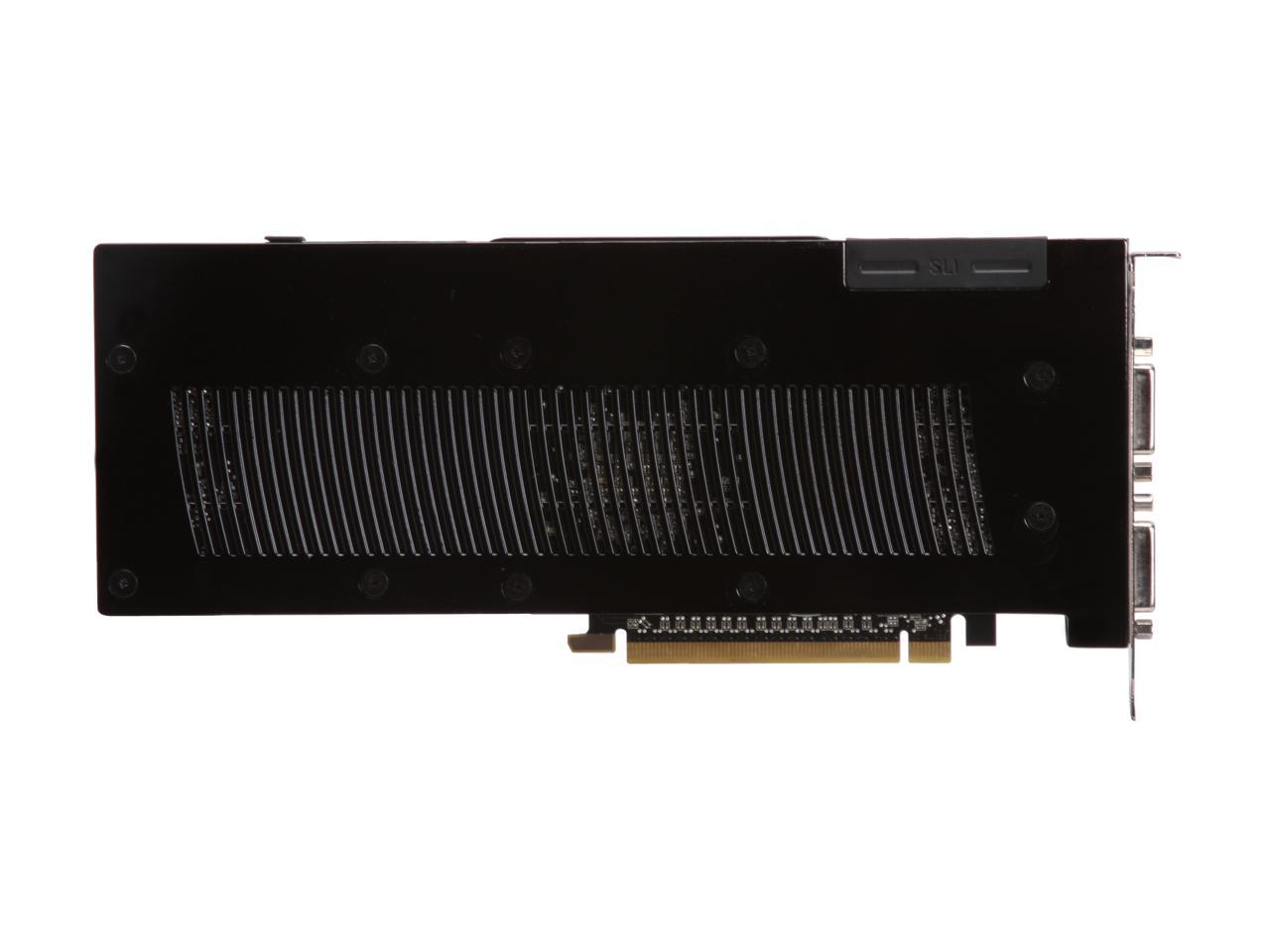 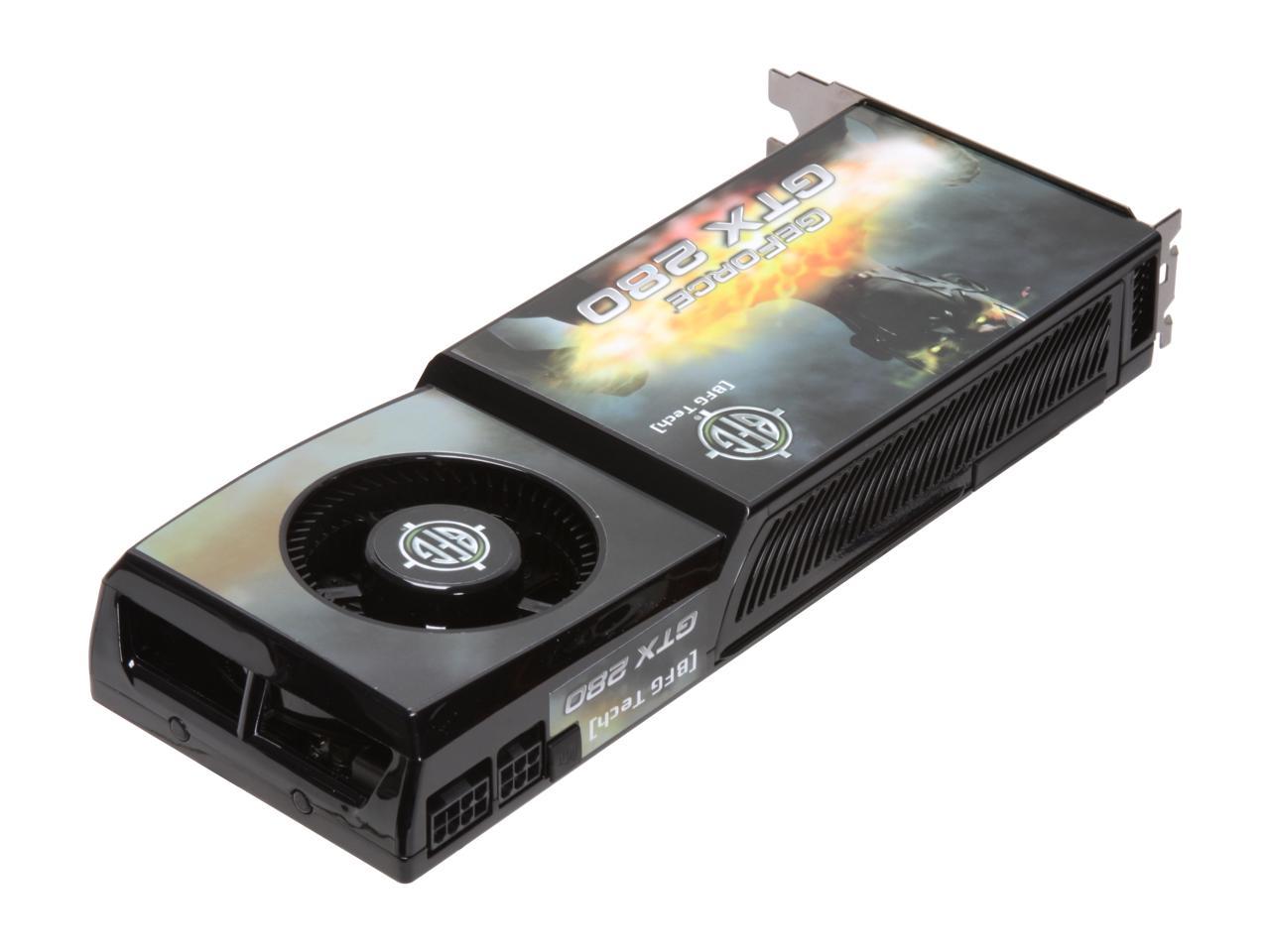 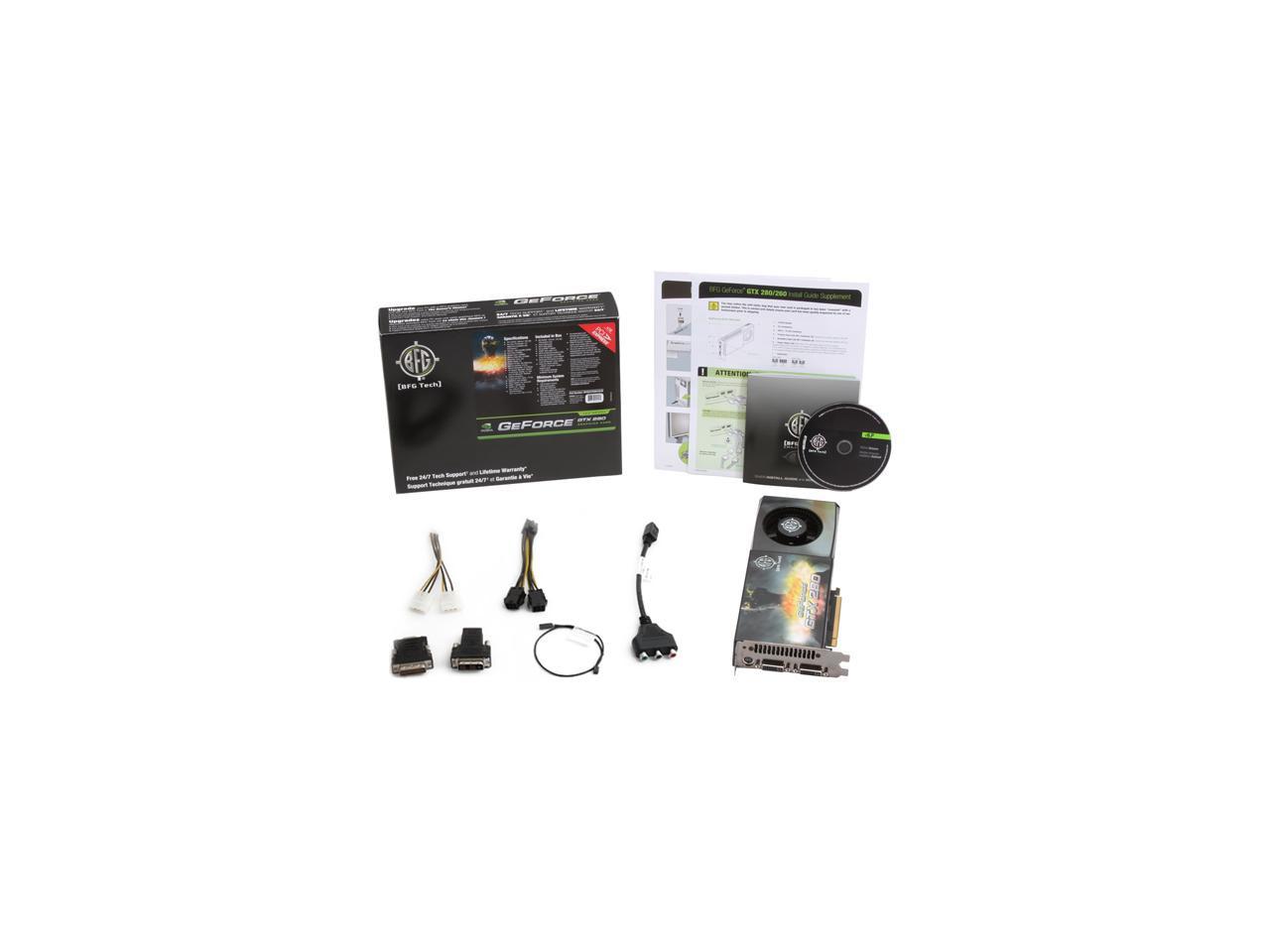 (64) Write a Review
OUT OF STOCK.
Overview
Specs
Reviews
NVIDIA's 200 series of graphics cards combines cutting edge technology and advanced capabilities for best-in-class performance. The GTX280 boasts 2nd Generation NVIDIA Unified Architecture solution for all your most demanding graphic needs. It’s Microsoft Vista ready and equipped with a PCI-Express 2.0 interface. The GTX280 supports 3-way SLI to seriously crank your performance options by using up to three graphics cards for insane flow rates.
The card's core clock runs at 602MHz, relieving your CPU of pixel crunching duty. Data surges through the GTX280's 240 stream processors fed by 1GB of 512-bit 2214MHz GDDR3 memory. Twin dual-linked DVI and 400 MHz RAMDAC lets you display 2560 x 1600 resolution video and graphics on even the largest monitors. Support for DirectX 10, OpenGL 2.1, NVIDIA's PureVideoHD, CUDA and PhysX-ready are built in to render even the most intense environmental effects or HD DVD video with brilliant clarity.
The GTX280 delivers fluid frame rates and HD video with solid performance. If your motherboard can take it, the GTX280 can dish it out.

Pros: GTA IV runs beautifully with this. This is my first really high end card, and man it is just beautiful. The HDMI adapter is awesome, as is the internal SPDIF cable to connect to your sound card for those who wish to game or watch movies on their TV, less cables to have to run.

Cons: Always been my dream to have a video card longer than my pen is. Measure your case and make sure you have at least 15 inches free to account for both card itself and airflow as there are intake slits at the tail end. This might mean sacrificing a hard drive slot if you have a shorter case.

Overall Review: make sure you leave room at the tail end of the card, there are air slots at the end, and if your hard drives are blocking these, it will not get enough airflow. Don't be an idiot and forget to remove the plastic on the back as there are intake slits there too.

Pros: Quite possibly the best purchase I have made for my computer. Definitely a step up from my 9600gt.

Pros: Bought 2 with free shipping after prices fell and finagled a couple rebates. SLI'd these with a Qx9770 Quad proc and a 790i board with DDR3 memory. Right now I "OWN" all the new October and November PC games. 2.8 BILLION transistors in SLI'd Foolishness. Good Times.

Cons: This is where I complain about heat right? After 2 8800GTX's I knew these would get way hotter. Never bothered putting the side door back on my computer after installing the 280's. Placed a tiny window fan on low in front of side where door is off so I can't complain about any heat issues. I have not experienced any BSOD's or hiccups no matter how long I play. The 8800GTX's would over heat even using Riva to maximize internal card exhaust fans. Have not bothered adjusting fans in these new cards. Why is the room so warm? ;p

Overall Review: I bought 280's knowing ATI has a faster dual card. I intend to step these down into seprate computers for upgrades in the future. Just taking advantage of ATI decimating Nvidia right now at the high end resulting in better prices. Hope the competition stays close between these two companies at the high end... it will only help us consumers $$-wise.

Pros: This card is amazing, plays crysis on a 42' HDTV on, 1720x1080 (something like that), all very high settings and 2x AA. A great card for handling the massive amounts of GPU memory needed for modern day gamers. quiet too, and looks real snazzy without any circuits hanging out.

Cons: HUGE, heavy!!! when i put this on my Mobo, i thought it would snap the PCI 16x expess slot off. its pretty big, and takes up 2 expansion slots :(. if u ever plan on putting in triple SLI (u probably won't just cause of the money needed $$$), watchout it u have a sound card cause the card actually overlaps one of my PCI expresss slots. i have the tuniq tower and high GPU temps too, but thats probably cause the cooler blows downwards onto the GPU heating it.

Overall Review: YOU NEED THIS CARD!!!!

Pros: This is a nice and powerful GPU. 1 gb of RAM and no arguments here. Dual DVI and HDMI capable so this thing is ready to go, just gotta go out and use it.

Cons: It runs a little hot for my tastes but I suppose that is to be expected from a GPU these days. I've got a huge case with fans surrounding the thing and it still breathes fire but I don't forsee it being a serious Con. This thing is massive. I was winded after I saw how big it was. It takes up 2 expansion bays at the back of the tower. Of course, I'd like to think all that room hogging will be worthwhile.

Overall Review: Though it is huge and hot, it is a powerful card. I haven't had any reasons to complain yet. If you have space in your case, pick yourself up one.

Pros: Great Card, I have not found any game I cannot max the settings on. Fallout 3 is the most recent one I am making the most out of with this card. Flying Raider Eye Approved!

Cons: Friggin HUGE card. I upgraded from an an 8600, and was suprised at how much larger this card is. I have trouble fitting it into my case. (luckly it just barely fit.) I still have to take it out if I want to do any thing with an HDD.

Overall Review: Finaly a card with 1GB of usable RAM!!! I was also able to setup the built in 8000 series card on the MB (crosshair 2) to a PPU, while leaving this as a CPU with the new nvida driver set. Go physics!

Pros: This card is the BEST card i have ever gotten.It can play COD4 maxed out on 1900x1200 with AA on and still 80+ FPS on a 28" moniter on HDMI mode . I haven't had any problems running all my games at max settings.Works as advertised. Top notch performance. it works like a dream lol :)

Cons: None so far other than the price of it..

Overall Review: I built a new comp. with Intel Core 2 Duo E8600 Wolfdale 3.33GHz Dual-Core Processor at stock speed which is 3.33 GHZ and can be o/c to a 4.00 GHZ easy and running 4 Gigs of CORSAIR DOMINATOR memory, with a 10k RPM hard drive and plus this video card and i have VISTA 64 bit and GIGABYTE GA-X48T-DQ6 LGA 775 Intel X48 ATX Intel Motherboard and all games runs perfect, its a super computer lol :) I wish every person who built a custom comp. would get this video card XD

Pros: I Bought this card before Aug.31 and got both rebate and free shipping! I bought it for CUDA and am not disappointed: My simulation time immediately went from 24.4s on a 8800GT to 14.1s.