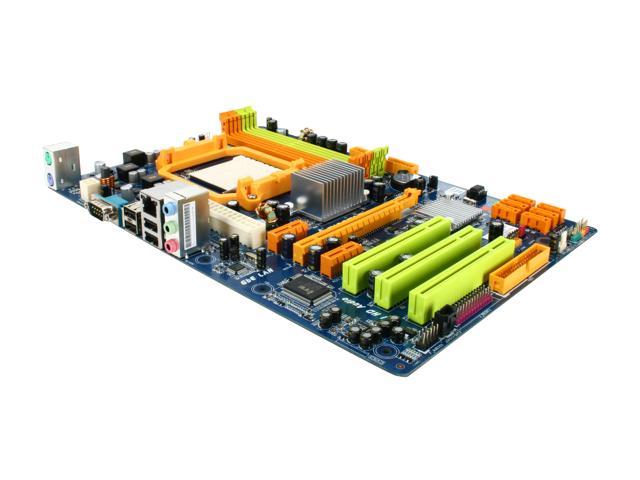 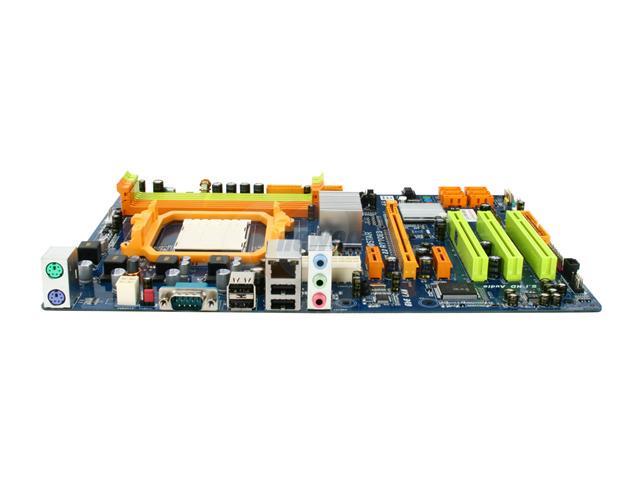 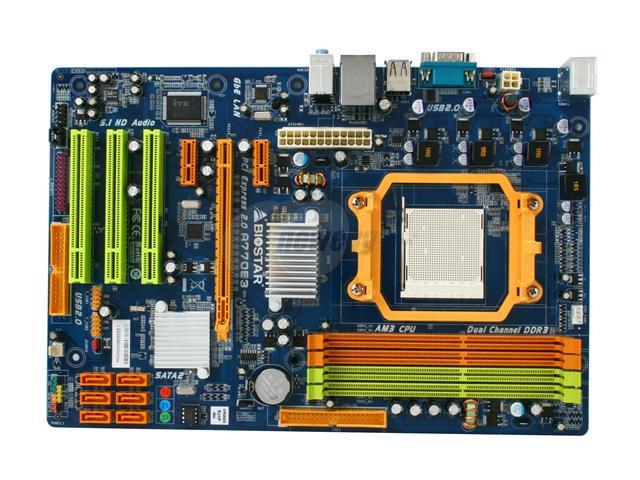 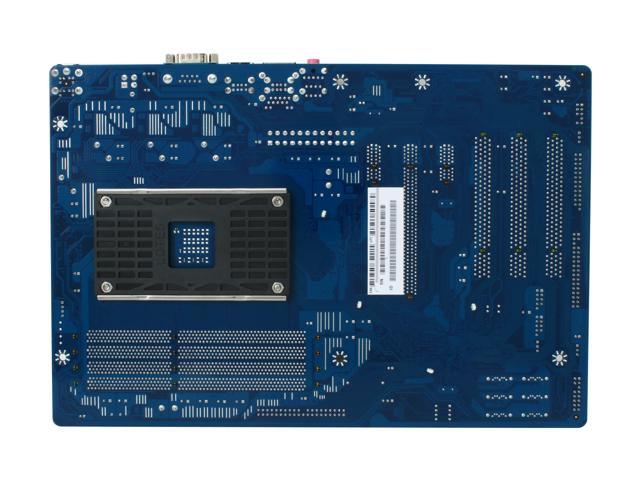 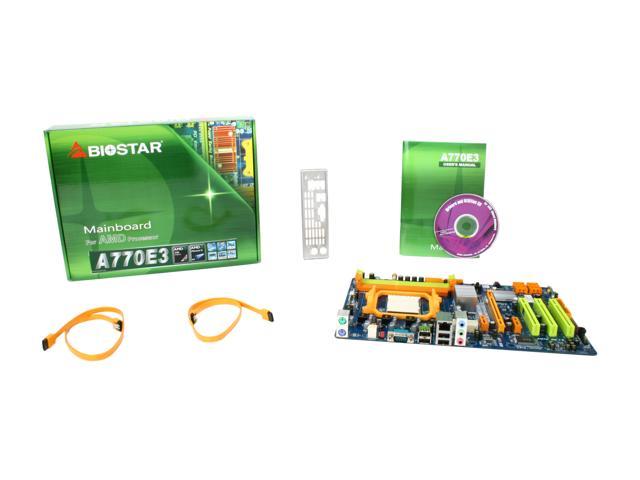 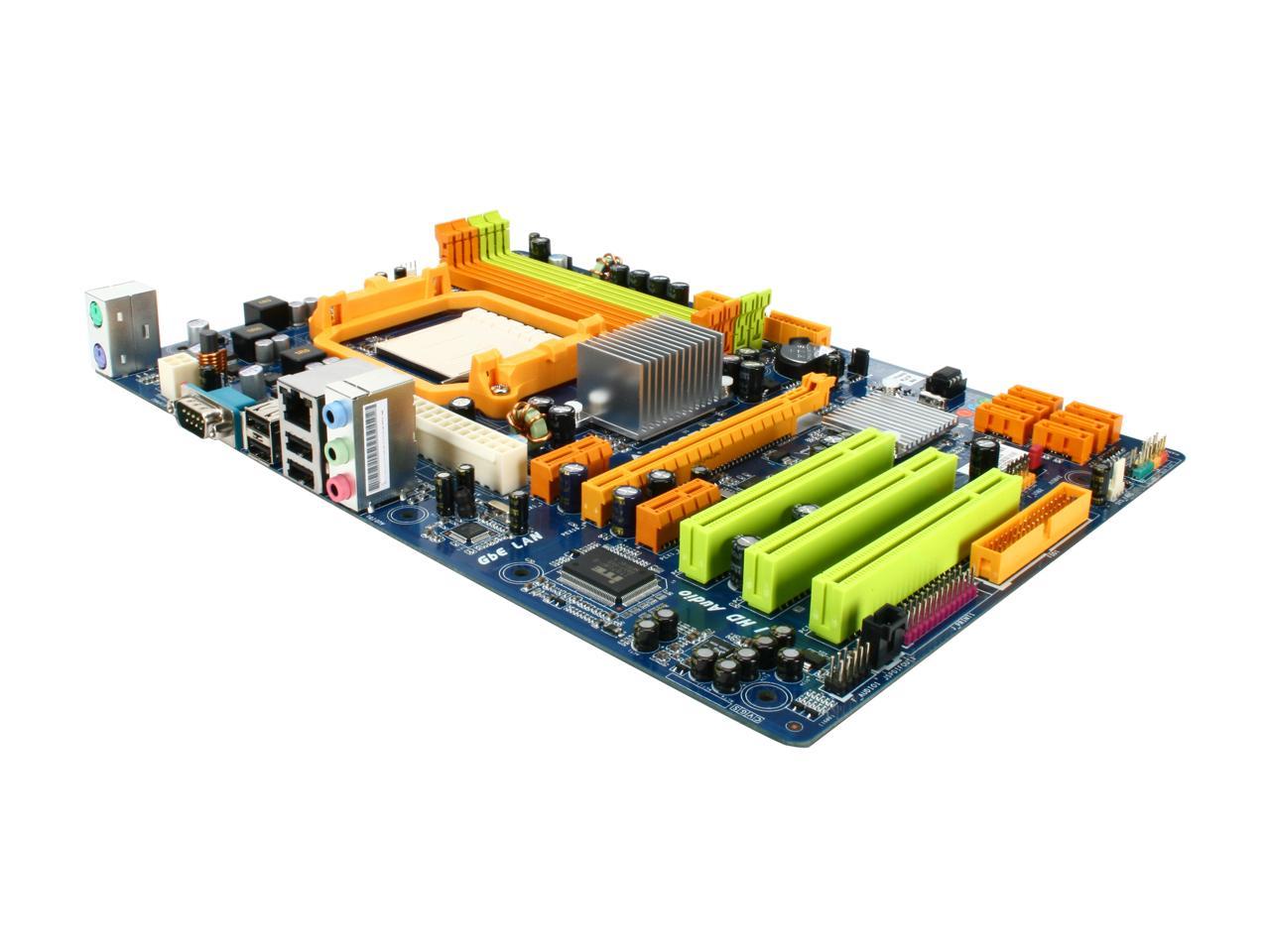 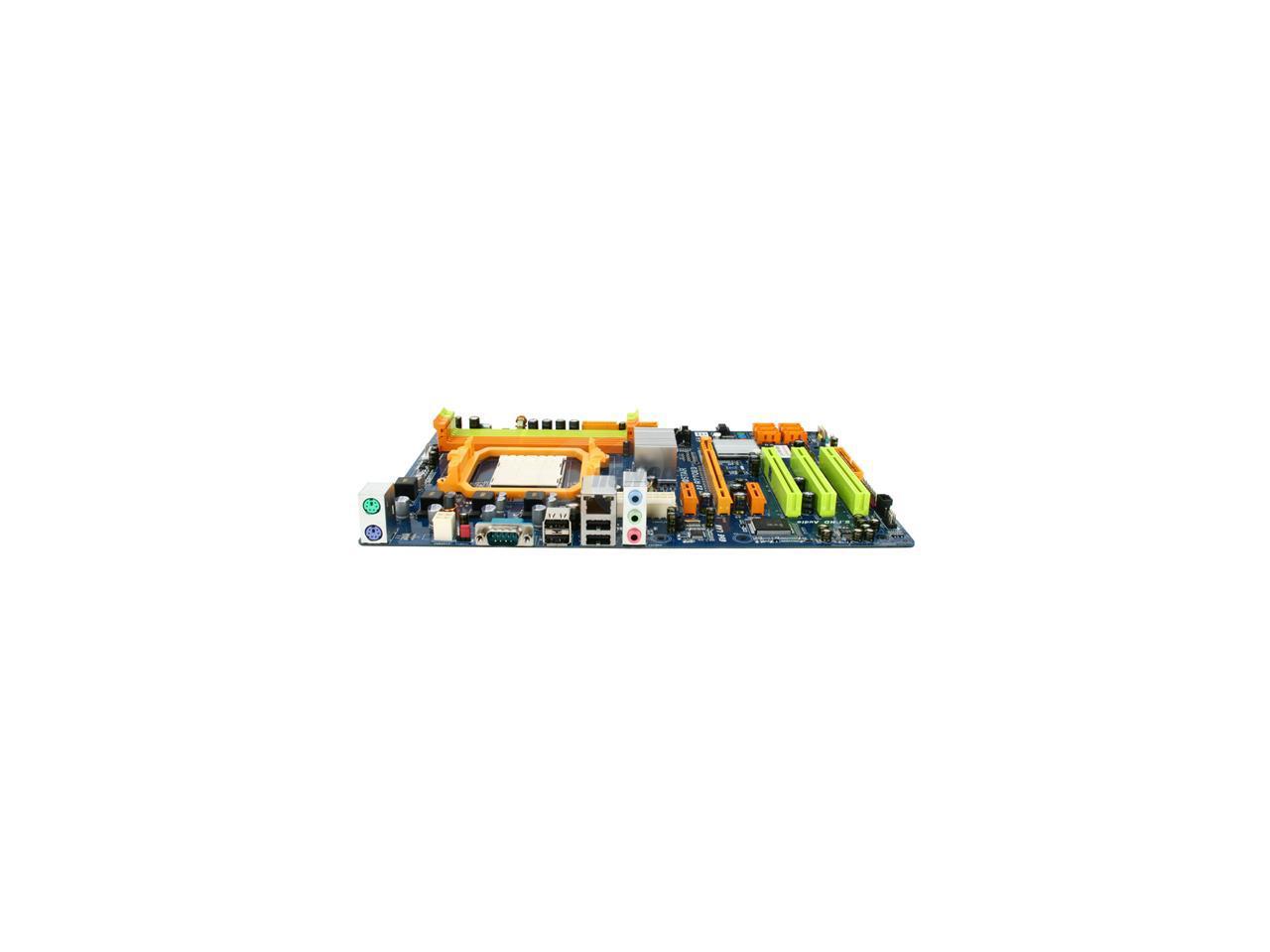 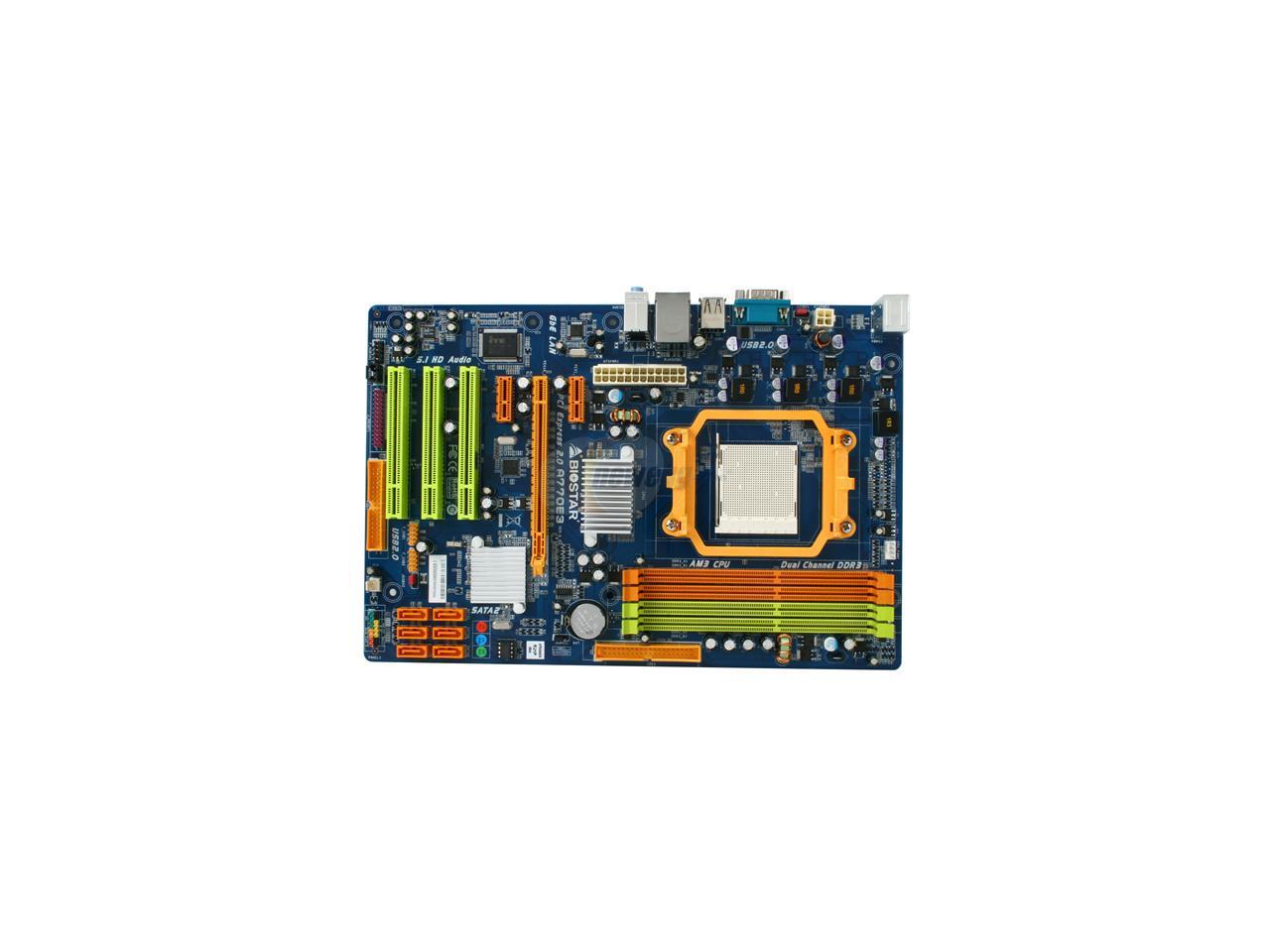 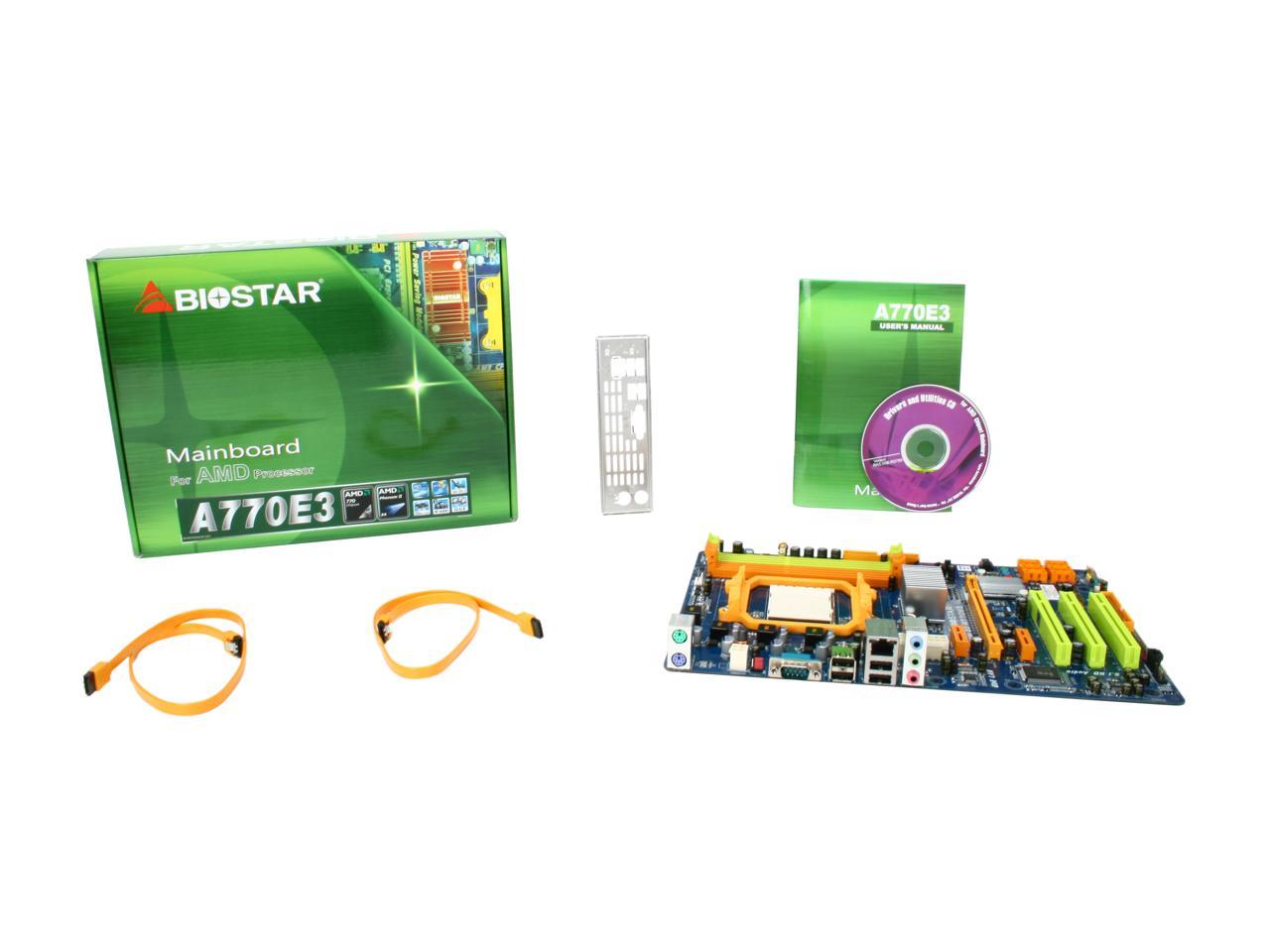 (286) Write a Review
OUT OF STOCK.
Specs
Reviews

Learn more about the Biostar A770E3

Pros: Good features. Easy and trouble-free setup in most all cases. Very inexpensive option for those on a budget.

Cons: None. Know the product before you buy it.

Overall Review: I have now used this motherboard in 4 different "budget" builds, and in every case it has performed great. It might not have AM3+ support, it may not have SATA 6 or USB 3.0, it may only have one PCIe x16 lane, but for what it is, it's a great value. Running a good Phenom II BE processor, good memory, and a good high-end GPU, this board will game fantastically. Thanks for the quality product Biostar.

Pros: - Is probably the only full sized AMD board you will find at the price - got mine for $40 after rebate (waiting on rebate). - good asthetics - has PCIE X 16 - No onboard Video - Built in sound

Cons: - I chose a 125w Phenom II X 4 955 chip since the Biostar website says it supports it. I put it together and booted up and it said, " Max Power over 95W system will now shout down". I could not figure out what the problem was. After some reading I was told to use a 95W CPU and then update BIOS then change to 125W CPU. That is a problem, I don't have another CPU that is 95W. After many hours of reading I was told that you can lower the voltage to fake the MB out to think it is a 95W CPU. Didn't work, nothing would even come up after this. I did some reading and found out how to reset the pin on board to go back to default. Tried wattage many times, didn't work. Finally found by pressing F11 many times I got to a BIOS update screen. I had to make a bootable USB, then d/l new BIOS, then flash BIOS. FINALLY WORKED!! Kind of fun to figure out though. - Wish it had another PCIE X 16 - Realtek audio logitech 5.1 the center speaker will not work all the time.

Overall Review: I had to do a lot of reading and research to get this working! I was told that if it give the, "over 95w" error code I will need to buy a new motherboard, but was able to prove them wrong. Other than this issue - which to me was kinda fun (this is my first build even!), I would say it's running great.

Pros: It looks like a well built board and has an excellent set of features at an extremely low price.

Cons: To boot off the Ubuntu 10.10 boot usb image or CD you have to hit F6 to get to more options and turn off ACPI. Linux users will find the board buggy but can eventually get themselves up and running. Windows users will probably have no problems with this board.

Pros: I don't know where to start. Originally had an Athlon II x2 & a 4770. I got a gtx 470 & Athlon II x4 620 for christmas and popped them in immediately. This is what I got- The 620, 4 cores, 2.6ghz, and disabled l3 cache. I managed to get this thing unlocked (full deneb core) and brought it to 3.4ghz. Yup. you're reading correct. Basically have a 965. This paired with the superclocked gtx 470 is ridiculous. * I game at 1920x1080. VSYNC Disabled (useless & gives input lag) Bad Company 2, 45-60fps maxed w/ x32csaa. Only dips to 35fps at extremes, aka 2 tanks & 10 people in a fire-fight with lots of smoke. Dirt 2? Maxed. No lower than 40, usually 50fps when OUTSIDE of the cab, not inside. The rest of the games aren't worth mentioning, Killing Floor, L4D2, DoD, DOW. I haven't included the notorious Crysis, I reinstalled windows with my new hardware and I have other games to be busy with.

Cons: None really from me. No failing integrated devices, does have sufficient cooling (though not much is needed) for the NB. Only gripe is I pushed the the fsb way too much without enough voltage and the board acted really strange, not saving clocks, not posting, saying unlocking failed. Left it for 5 minutes and all was fine again. That's normal for lots of mobo's anyway though, Definitely not a strike in my book.

Overall Review: WISE ADVISE: 1. If you're overclocking the cpu, GIVE THE NB +.1v I hit a wall at 250 on the fsb, and critical errors kept showing all over the place in prime95. Preferably, give it lots more than it should need, like +.2v. The NB can handle it fine. Overall, you're not skimping if you buy this motherboard. It has loads of control for overclocking and can handle quite a beating. I hit 3.8ghz with the amd 240 originally in it.

Pros: Works fine, and showed up with a much nicer looking red-black color scheme, (compared to the yellow-blue scheme in the pictures). Seems to include more features and capabilities than listed on newegg so enjoy (see manufacture specs and check your bios options) (no guarantees). Price is right, and is actually even lower if paired up in a combo special.

Cons: Layout could be better. The auxiliary 4 pin power on the board is a little hard to get to in some cases, and is located very far away from a bottom mount PSU. (No problems here with that, just pointing it out). Bios screen reminds me of something from 15 years ago. No auto-"safe" mode after post failures means manual bios resetting required between "tweaking" failures.

Overall Review: I shouldn't really have any cons. It's nit-picky little things that won't effect me in the long run anyways. If you don't need fancy features but just want a normal ATX mobo that gets the jon done; this is it.

Pros: AM3 compatible, DDR3 RAM up to 1333MHz, 6 SATAII ports, compatible with Win7, multitude of BIOS features, and completely affordable. Board worked with a Socket AM3 processor right out of the box before BIOS update, a little unstable but the BIOS update fixed the stability issues. Overall, the board does what you want it to do without costing you an arm and a leg.

Cons: The first mobo was DOA and I can't see paying for return shipping if the board was defective with puncture marks in the back of the box, but i can't see blaming Newegg for a UPS handling problem.

Pros: Got this as part of a new build, upgrading from my 7 y/o P4 system. Build went smoothly, board recognized all my parts. Not into OCing, but I might start, as there are lots o' options. Plenty of SATA ports for the new builder. All-around great board. Never built a box before, thrilled it went well.

Cons: Windows 7 hung during install, but I blame MS for that, see below.

Overall Review: Got this with the following: Athlon II X3 Rana 3.2 4x2GB ADATA DDR3 1333, as recommended Galaxy GT430 PCI-E 2.0 BIOS detected everything fine, Windows 7 hung on install. After 3 days of troubleshooting, found a Newegg comment recommending putting RAM in only the last two slots and disabling all but one core. After that, W7 installed fine, no problems since, OS recognizes all cores and RAM. Probably a 32-bit shell in the W7 installer choking on multi-cores and >4GB RAM. READ THE COMMENTS! It may save your sanity! Thanks Neweggers!