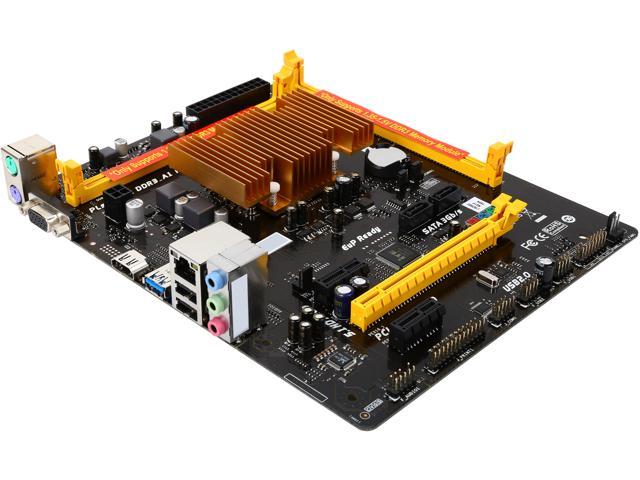 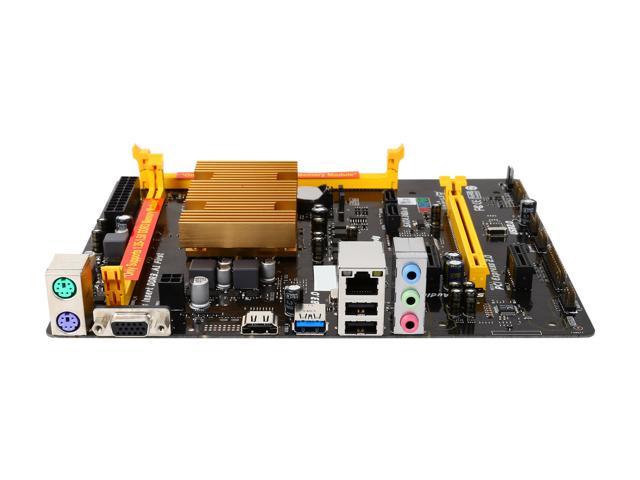 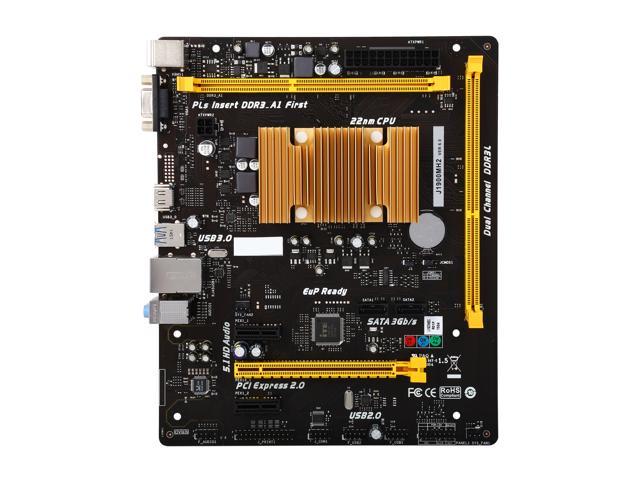 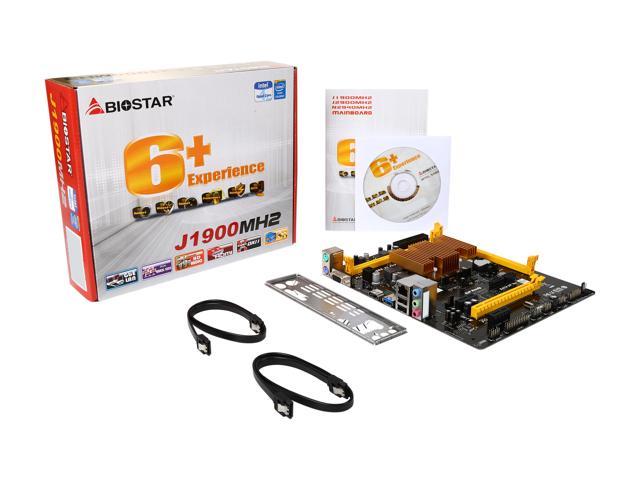 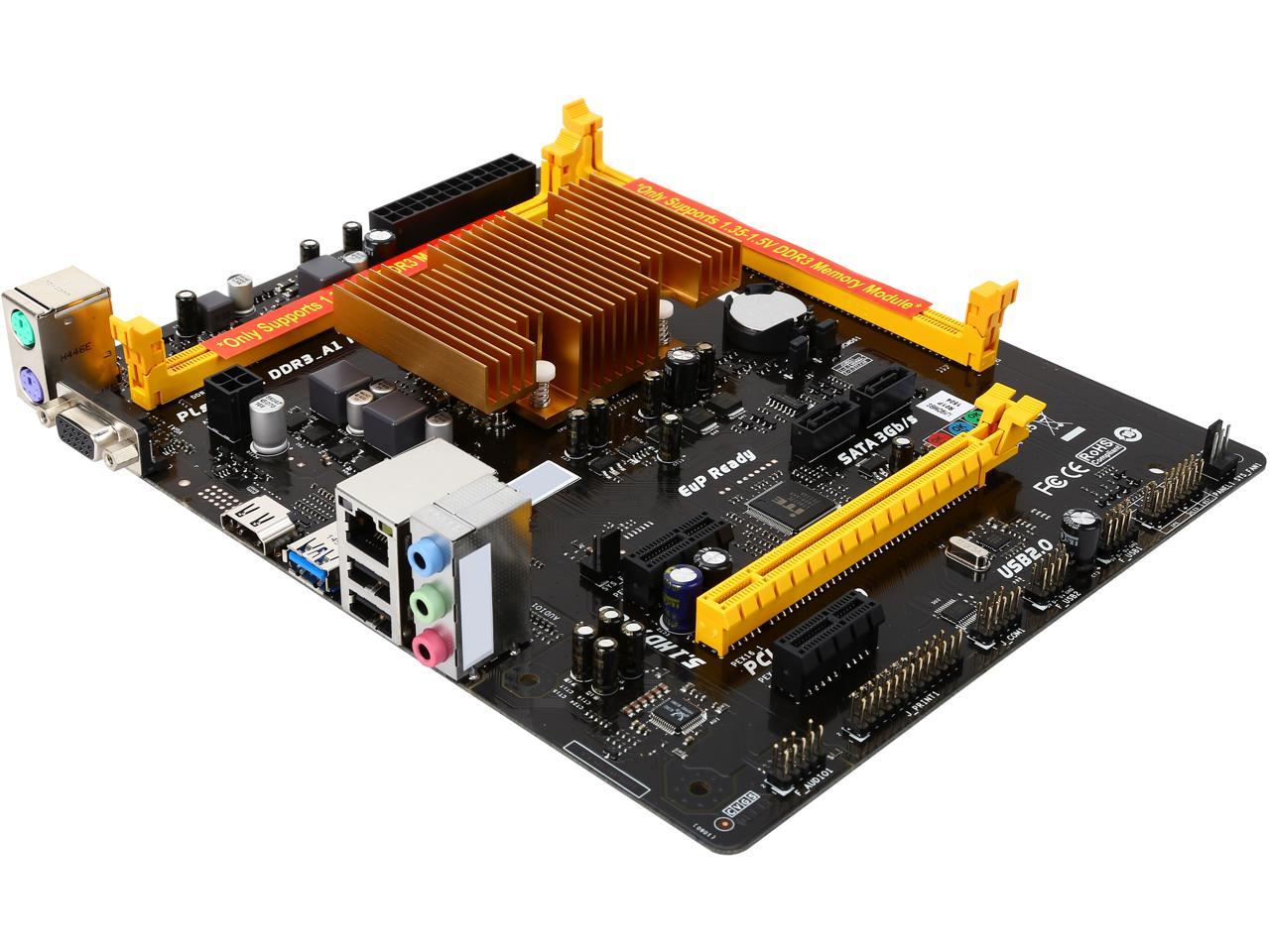 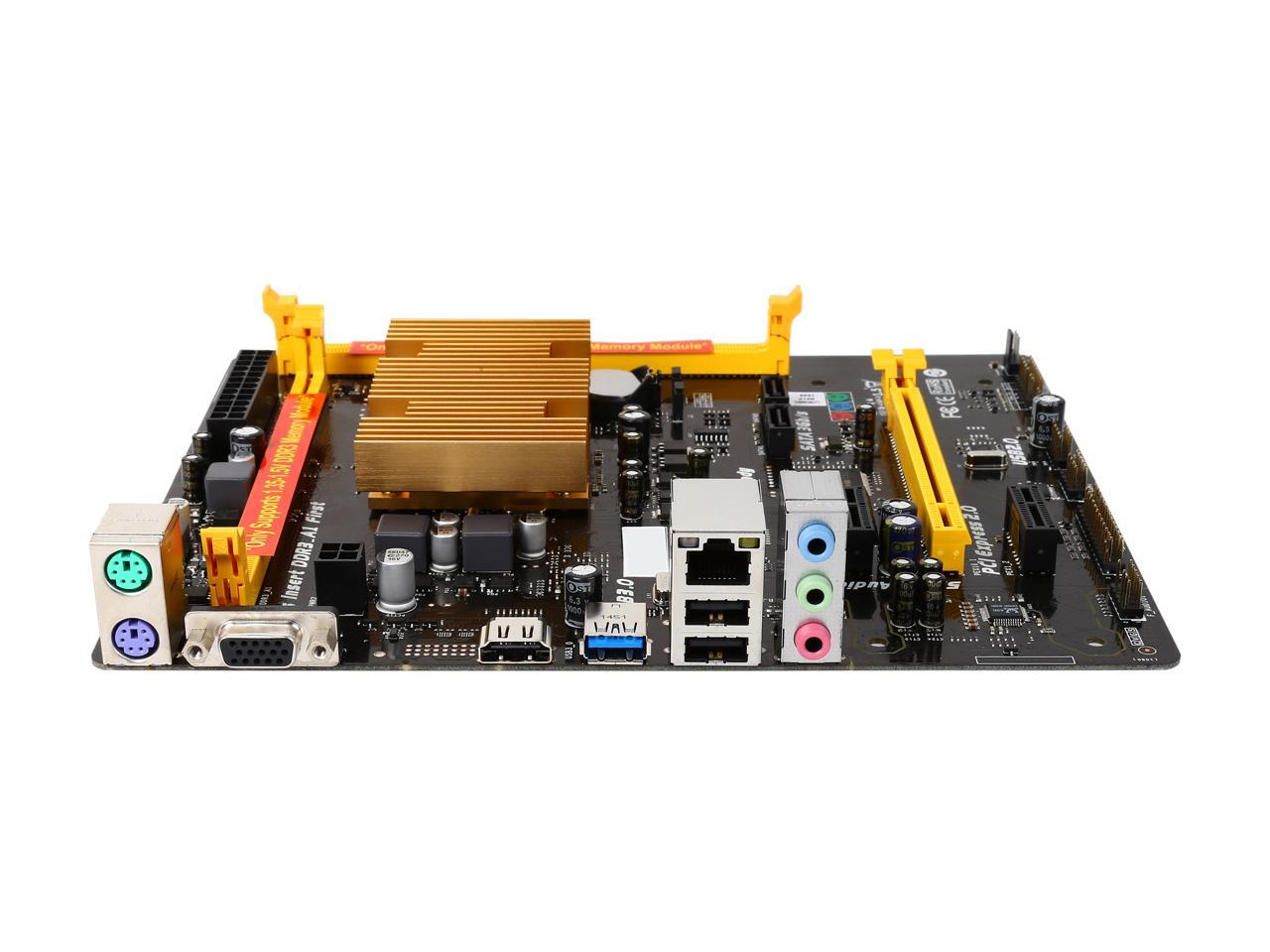 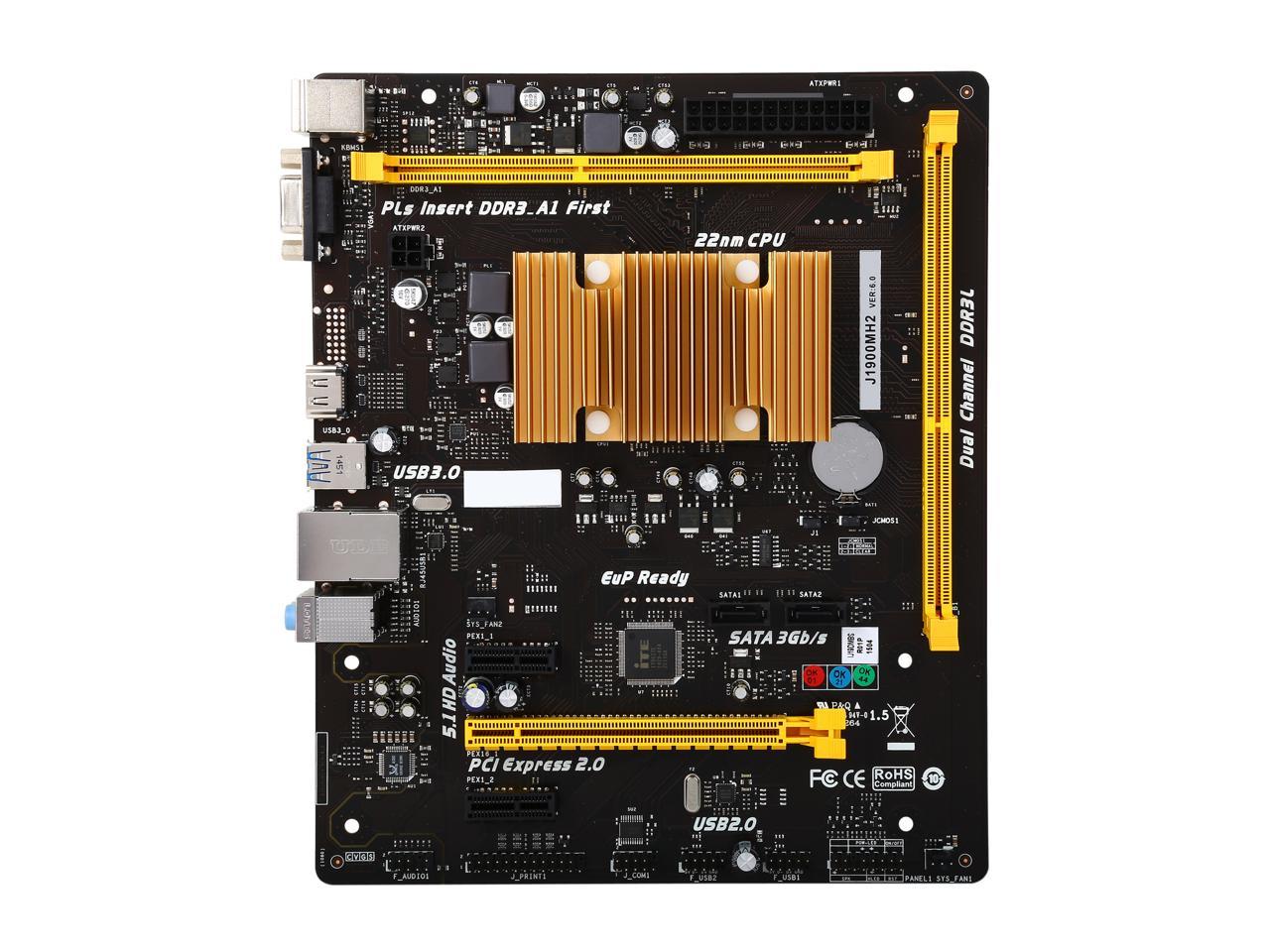 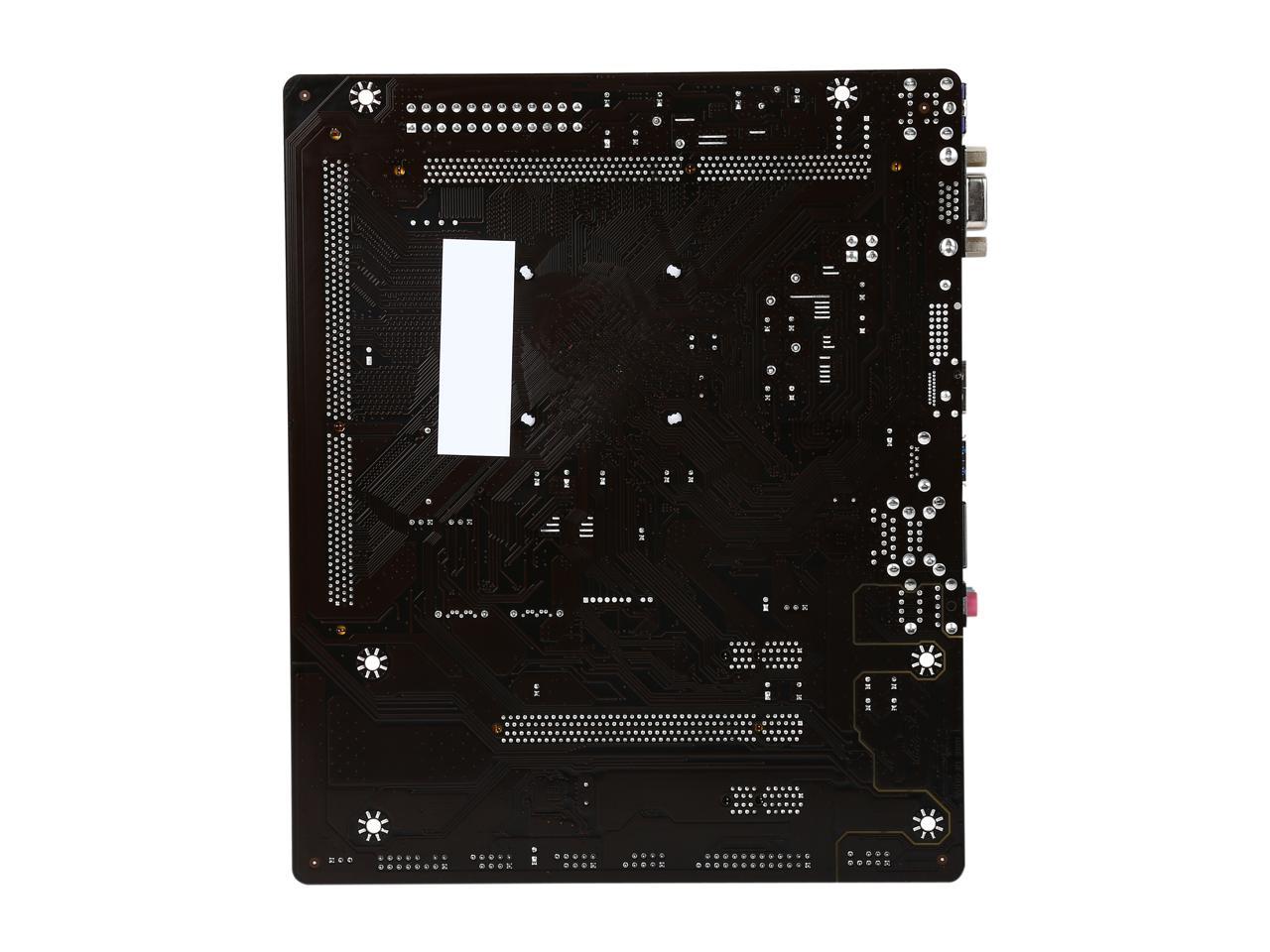 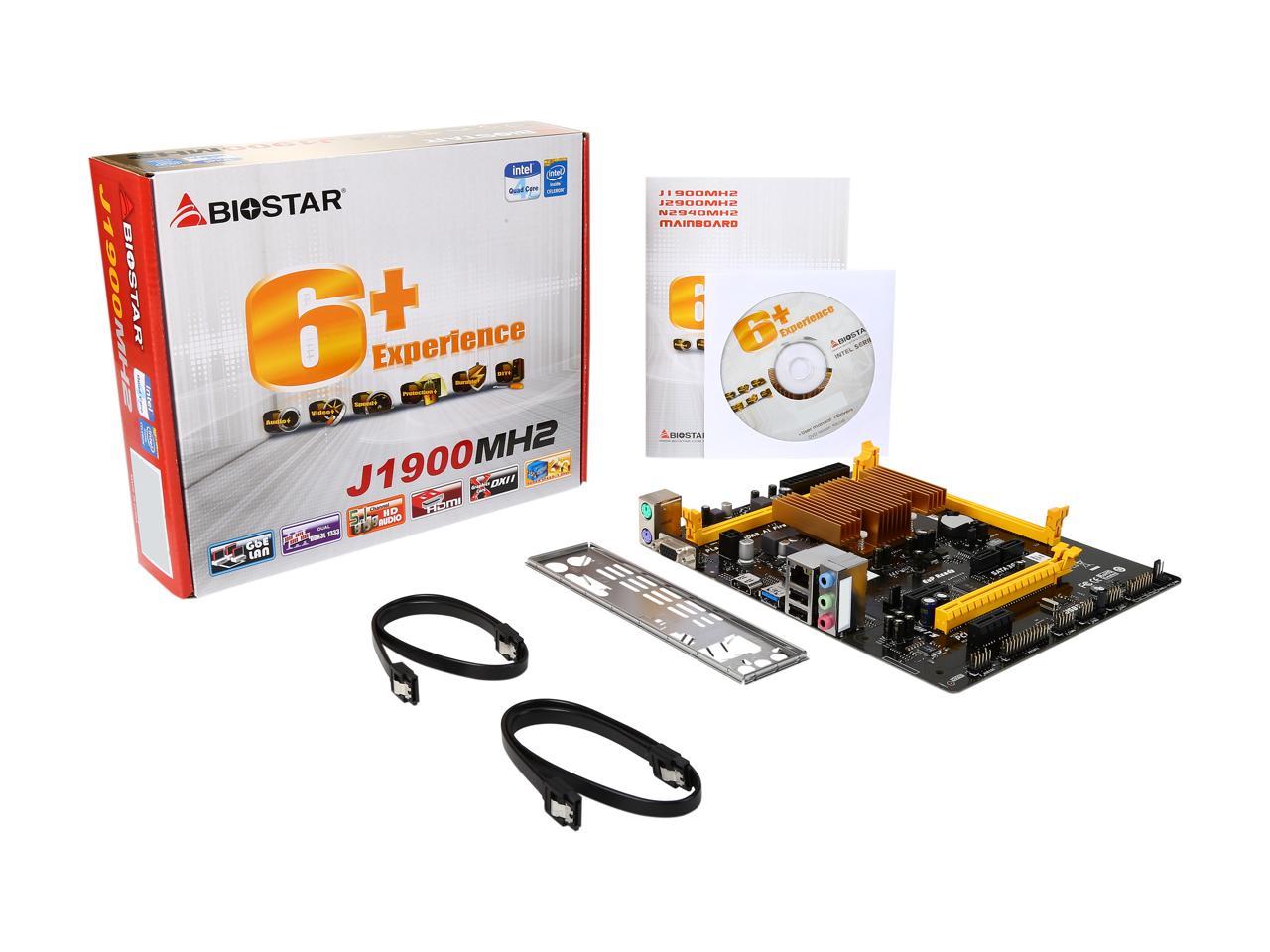 Pros: The price I got it at ($63) was not only decently priced for a motherboard, but cheap for one which includes a CPU. CPU is 4 cores and only uses 10 watts, entire thing seems to use less than 20. Supports 8Gb ramsticks perfectly (instead of needing 2x4Gb) Supports USB booting and a USB OS Works perfectly with my 20 pin power supply, even though it is 24 pins.

Cons: Only supports 1333 MHz RAM, though you can install 1600 MHz RAM. The BIOS is ugly, but I could say that about most Motherboards.

Overall Review: I built my own server with 8 Gb of RAM and a flash drive and the whole thing cost me less than $200. The whole thing uses about as much energy as a dim lightbulb and it is completely noiseless. And yet it is really fast despite that. The CPU power slot was too far away from the 24 pin power slot for this to work with Pico PSU (I had to do some incredibly basic soldiering). But I blame that on Pico PSU for shipping me a 2 inch long 4 pin cable. It's a really high end 2012 laptop CPU in a desktop Motherboard. Laptops are very power efficient and this one in particular is fairly powerful. Considering how (relatively) little CPU speeds have changed since 2012, it is still a great deal. If you are looking for a desktop on the super cheap (and want to put your own parts in it), then look no further than this. It can be part of a computer that is cheaper than the cheapest 4 core desktop on the market, the ZBOX-PI320, and blows it out of the water in terms of specs.

Overall Review: The DDR3L thing scared me away at first. Turns out this just means to can use low power sticks as well as normal 1.5V sticks. I built this to replace an old Core2 Duo system that died. This thing is nearly as fast, but runs much cooler and is totally silent. I love it.

Pros: I bought both the BIOSTAR J1900MH2 and the ASRock Q1900M boards to use as a home router and a home NAS server. I'm very happy with the j1900 in these tasks. The boards were dirt cheap, have great expansion options (16G RAM, 3 PCIe slots, and USB3!), and use little power.

Cons: This board has a few less ports than the Asrock model (DVI and both internal and external USB port differences). This wasn't a big deal to me, however I also found that this Biostar board does not seem to support SATA hotswap on the internal SATA ports, while the Asrock did it just fine. So, if you care about SATA hotswap, go with the Asrock instead even though it tends to be a few dollars more.

Overall Review: Add in a cheap gig NIC and you have a low power router that blows away a Soekris in performance and is cheaper. Normal DDR3 RAM and PCIe slots make it easy to reuse leftover hardware you might have lying around. Put 3 cheap 4-port SATA cards into one of these and you have a monster home NAS server with 14 SATA ports plus USB3 for even more ... for crazy cheap.

Pros: Easy to get up and running with a fresh windows 7 install. Boots fast and can play uncompressed HDTV with Silicone Dust Prime or Netflix on a single 2gb ram stick. Faster than the older AMD combo it replaced and saves power.

Cons: Only 2 sata connections but I was aware.

Overall Review: Great value when all I needed was a motherboard and processor to reuse parts from an old build.

Pros: The performance of this platform is outstanding with some very specific requirements. I have not tried it standalone, but I could see it being a very competent kiosk / client system. With a solid-state drive, 8gB DDR3L, a 1GB MSI video card, and an extra USB3 PCIe on a 450W power supply - the system is as formidable as any other. I can't speak for gamers, but I've used it with both Blender and SketchUp and it seems to operate just fine in a 64-bit ElementaryOS Linux operating environment. I don't currently have any temperature or performance metrics. Its a Celeron, after all, I'm just pleased with the performance.

Cons: None that I have noticed so far.

Overall Review: The BIOS is straight-forward and intuitive. The board itself is silkscreened and well-planned. I would recommend it for general PC usage. It would also make a decent replacement for an older system without PCIe and USB3. My setup as configured cost less than $300.

Pros: Speedy (enough) CPU with passive heat sink. Intel HD graphics more than good enough to handle HD through a Silicon Dust Homerun TV tuner in Windows Media Center. 5.1 Sound, not just stereo. Regular DDR3 1.5V memory is on the approved list, not just 'L' variants. Awesome power draw according to specs. This board replaced a mini-ITX, and I am digging the 3 PCIe slots, need one for the SATA card to bump up number of SATA devices I can use. Also, got lots of USB 2.0 headers on board. UPDATE 8/2/2016: I really wanted to update my A4-3400/FM1 board. Please Biostar, hear my cries, bring back the J1900MH2!! OK, short of that, I just purchased the J3060NH, I sure hope it measures up the this one.

Cons: Two SATA2 ports, come on guys, just one more for SSD boot drive, platter drive for recorded TV, and a SATA DVD drive. I knew this going in, so I can't deduct an egg. Bought a PCIe/SATA card so I'll be able to run 4 SATA devices. Older ports (SATA2, USB 2.0 headers, etc.) but I don't need the fastest for a HTPC, so again, not really a con.

Overall Review: For years, I've been looking for a replacement for a Core 2 Duo-based PCs that I used with analog TV tuners. I have an AMD Hudson/FM1/A4-3400. It's speedy enough, but pulls lots of Watts, makes the case toasty. And the integrated graphics are just not quite there for HDTV through my tuner setup, so it has an AMD HD4550 card. Next, I bought another integrated motherboard solution about 6 months ago. It has an A4-5000. The Celeron, when at peak, runs almost a GHz faster than the A4-5000. It really shows in all tasks, for example scrolling through Media Center shows has lots of pauses and delays. Celeron makes Media Center a pleasure to use. Oddly enough, both integrated solutions have the memory that I used on their approved memory lists. So these are my requirements: Low power, integrated graphics powerful enough to run WMC, HD tuner content, enough connectivity, stable. This Biostar board is as close as I've found to being a great HTPC board, without dropping big bucks. For kicks, I ran an nVidia GTX 550ti in the PCIe X16 (running X1 bandwith). I did a bench of Furmark running 720P. I compared FPS to an old Core 2 Quad with the same nVidia card in it. They were the same FPS. My bet is on mid-low gaming cards an X1 lane isn't really saturated. I could see using my HTPC for Steam game night running casual games with controllers, with the nVidia solution in. I did some small simple tests, like opening and closing browsers, documents. This solution is good enough for everyday computing in my opinion. Never felt undue pauses and delays in general tasks.

Pros: This little board was an excellent replacement for my old Atom N330 board. I'm using this as a NAS and QEMU-KVM hypervisor for some homelab stuff. Paired with 2x8GB Crucial Ballistic Tactical DDR3L, this thing makes an awesome 24/7 low power machine. Killawatt shows it idling at 25 watts with 4 hard drives (2 on a cheap PCI-E SATA controller) in a 4U short depth rackmount case. Passively cooled and while it does get warm at times it is nothing to worry about. Don't expect insane levels of performance, this is basically a quad core tablet processor, but so far I haven't had any trouble streaming 10+gb movies from a virtual machine running CentOS and Samba, despite everything being on luks encrypted drives without support for AES-NI.

Cons: - No VT-d support (knew this going in but it would've been nice) - No AES-NI - No serial port built-in. A header is there but it doesn't work with the cable I found lying around. Nice to have for a headless setup without lights out management capability. - Only 2 SATA ports. Can easily be solved by adding a PCI-E SATA controller but it would've been real nice to have 4.

Pros: Runs cool even without a fan!