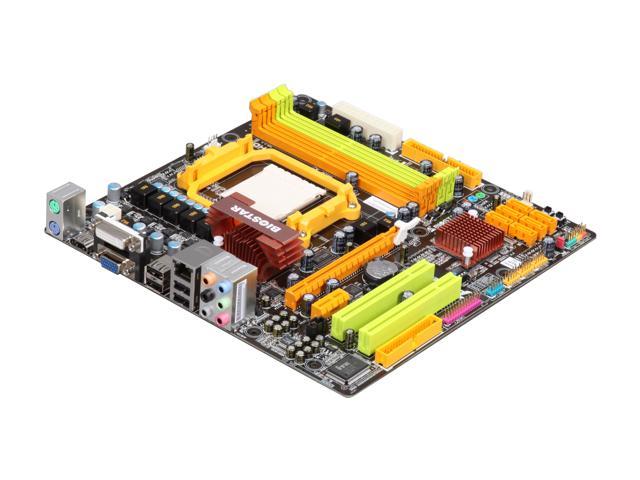 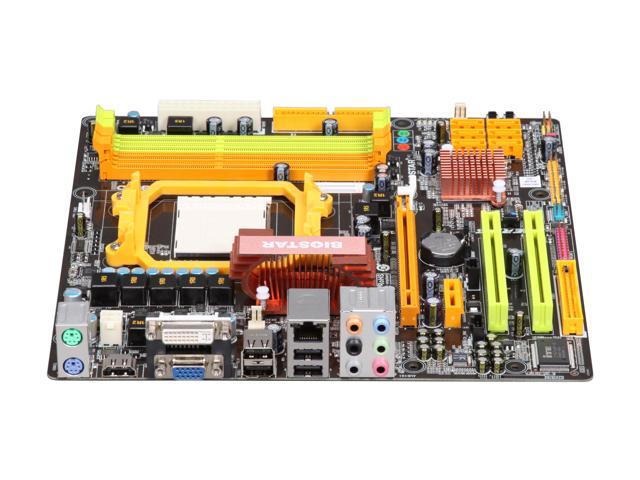 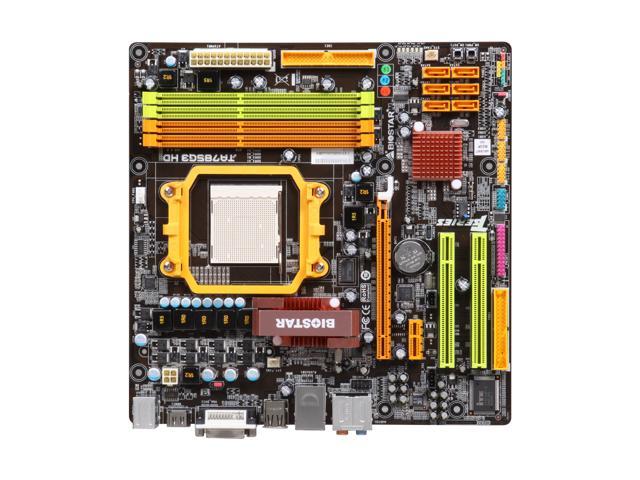 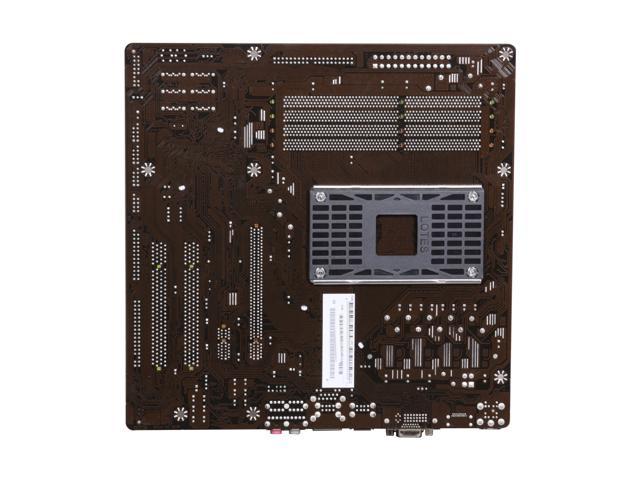 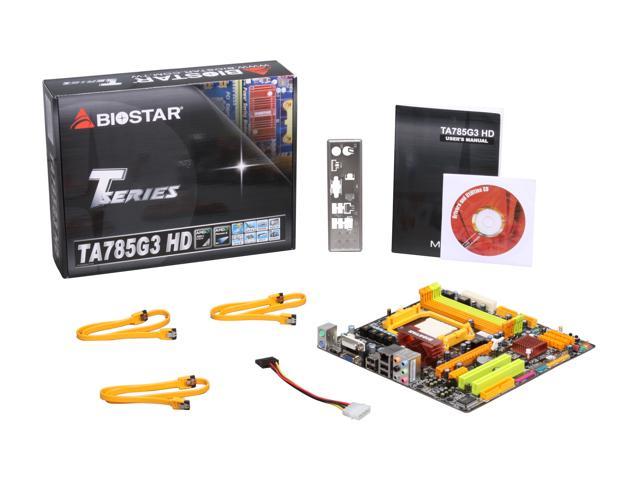 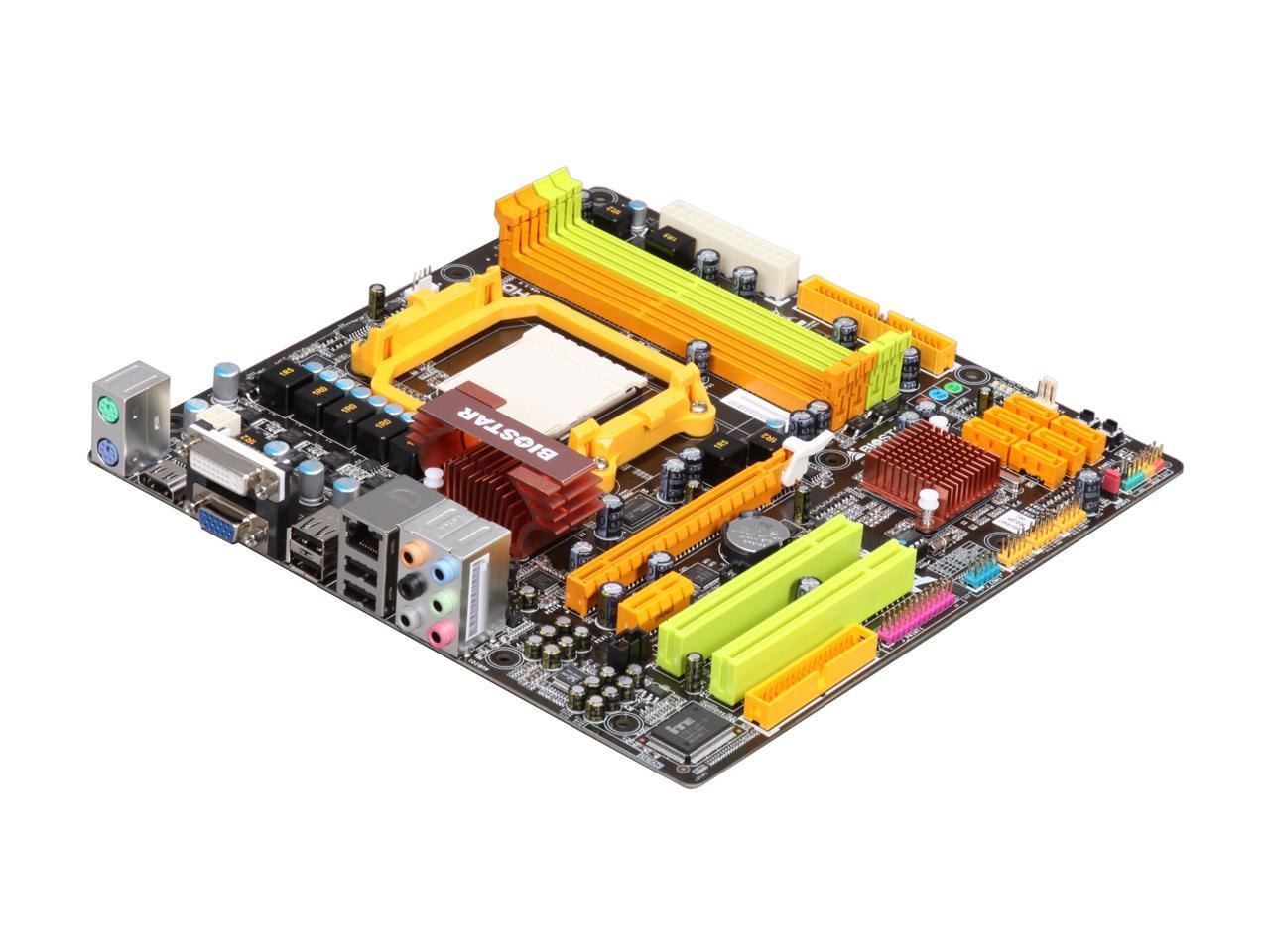 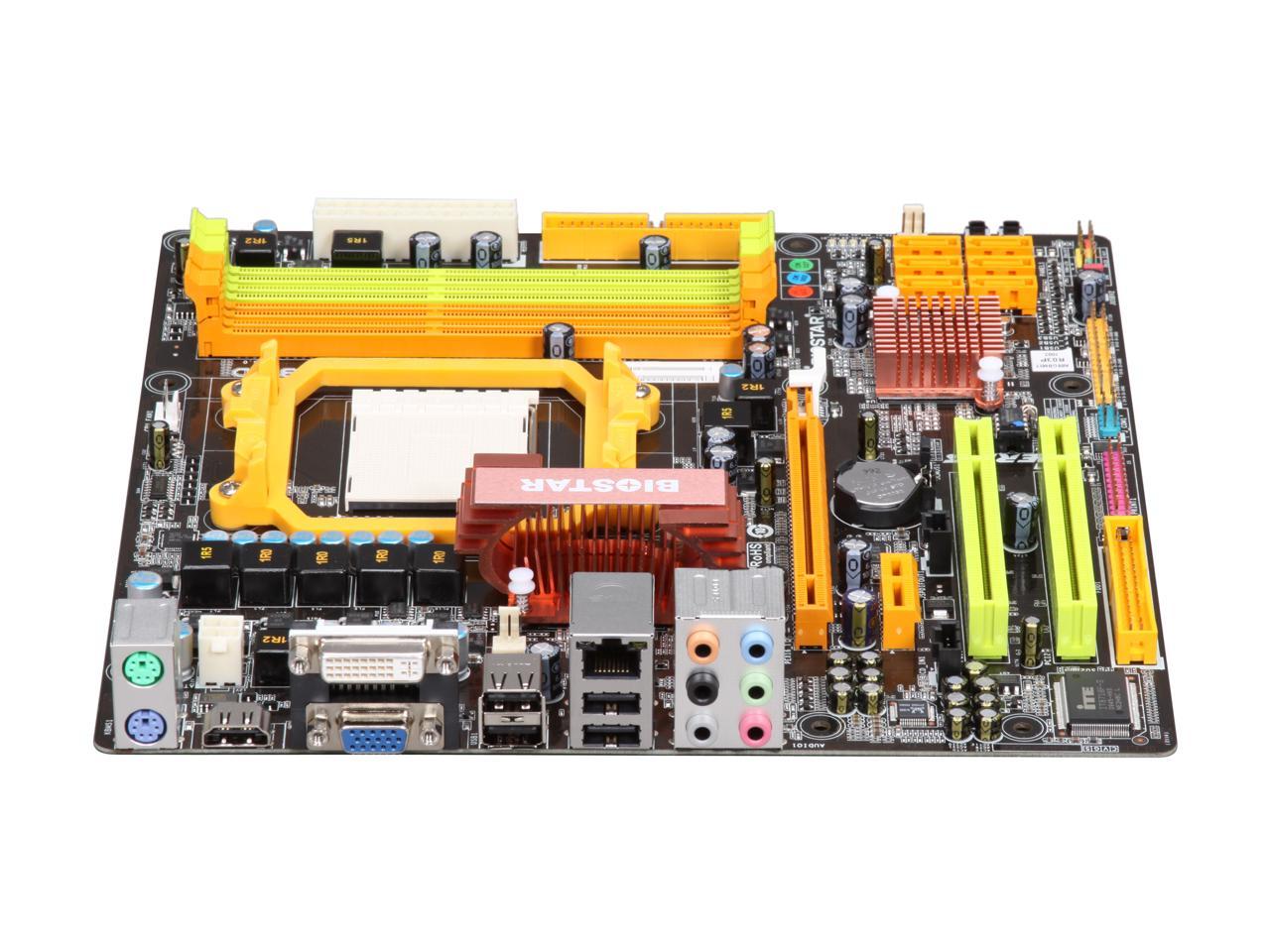 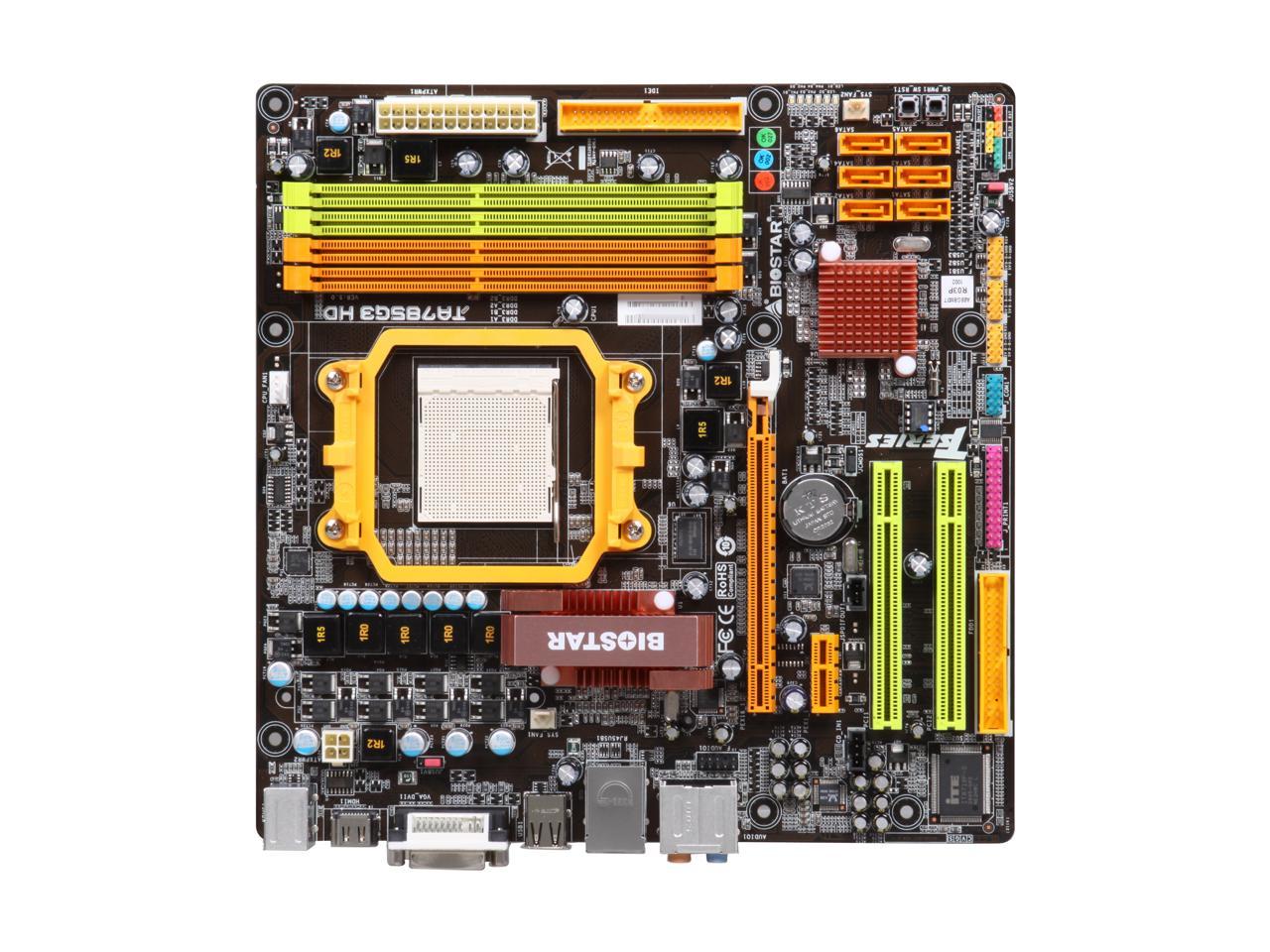 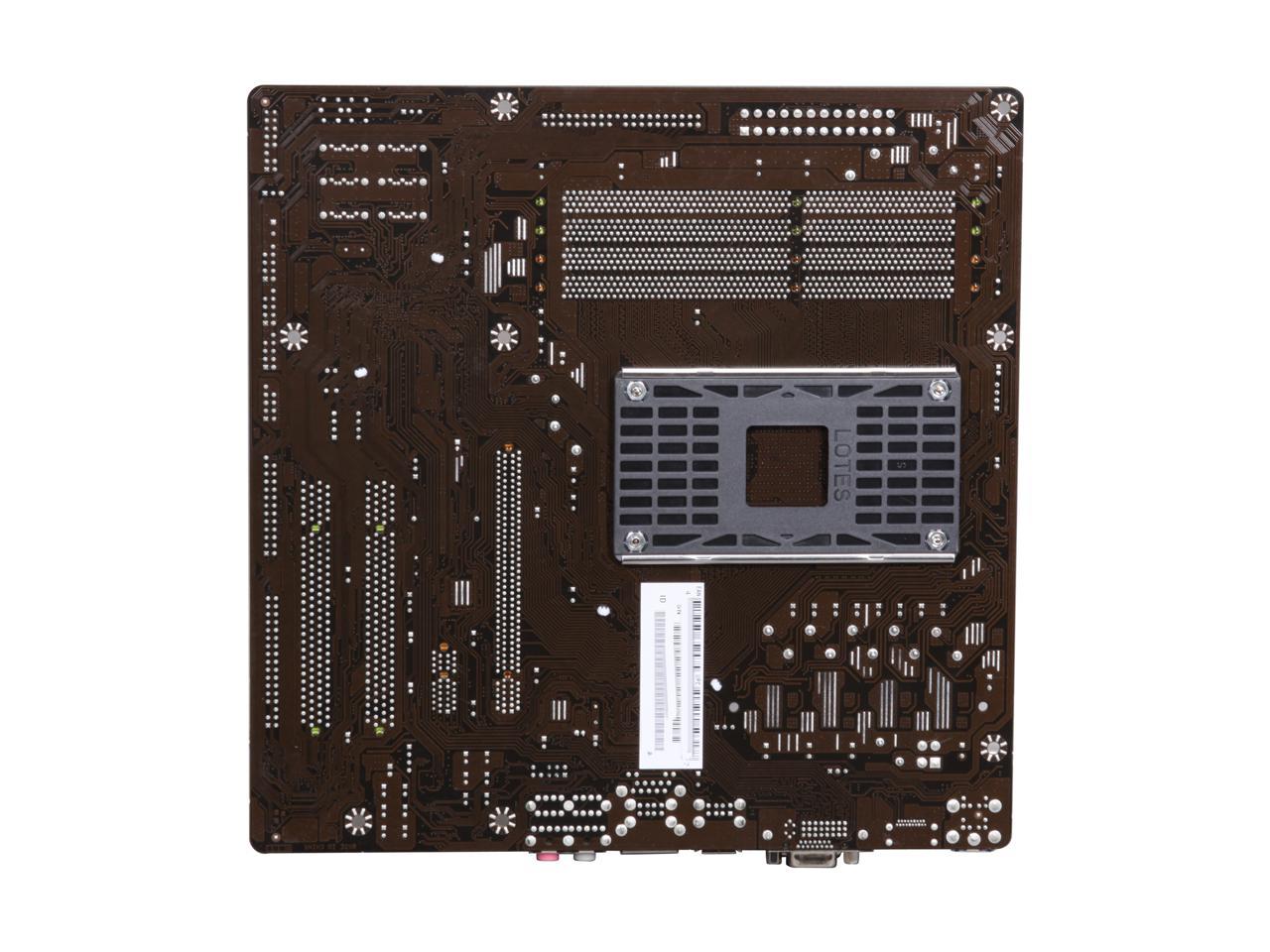 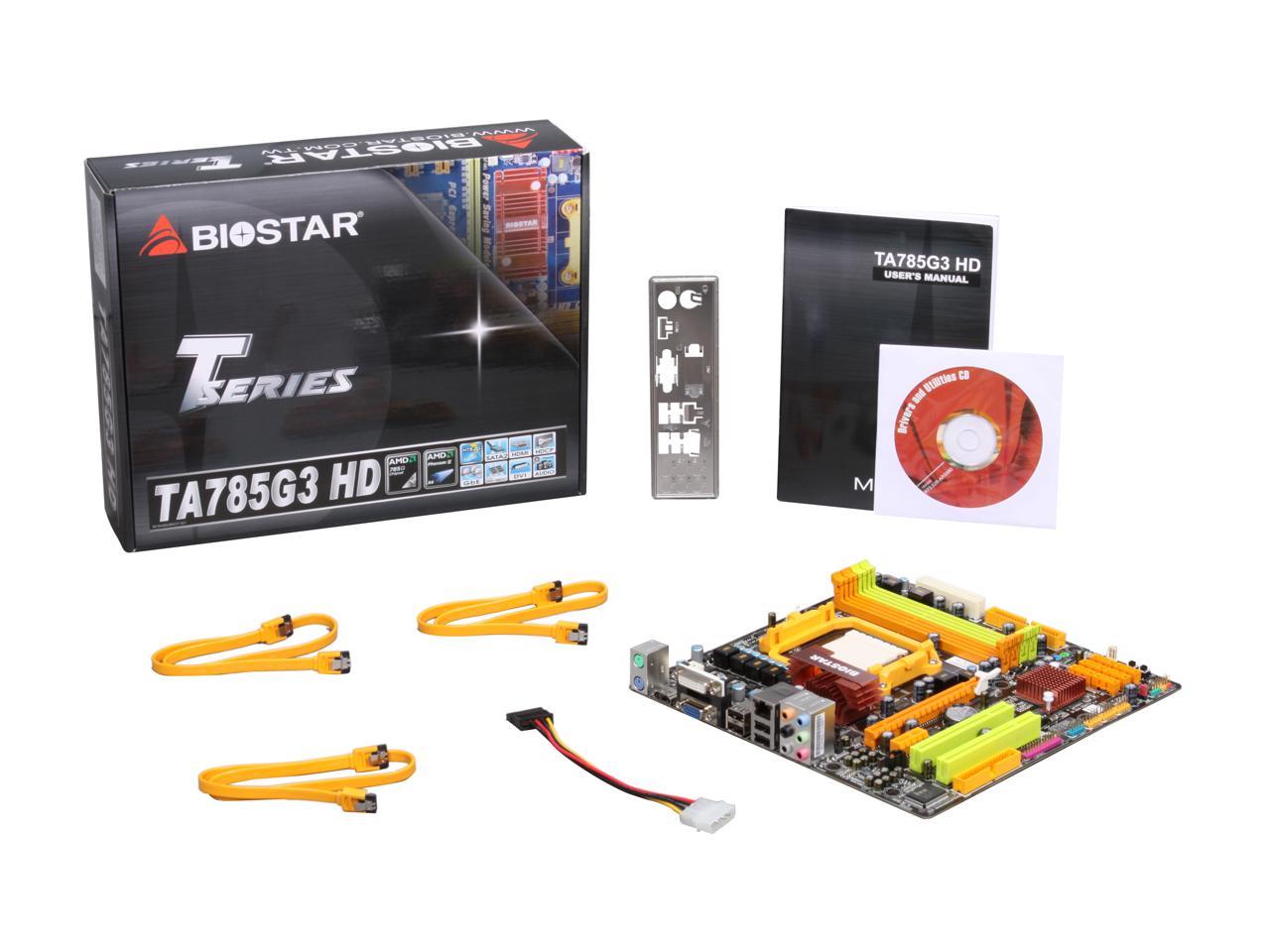 (80) Write a Review
OUT OF STOCK.
Specs
Reviews

Learn more about the Biostar TA785G3HD

Pros: on board hd, dual screen support, dvi and hdmi, side port memory, easy core unlocking and automated overclocking good value. i can upgrade to a quad core and up to 16gb of memory when and if i'm ready.

Overall Review: replaced everything in an emachine. paired with a sempron 140 2.7ghz "single core." unlocked second core and overclocked to 3.2 ghz no problem. running 64 bit linux ubuntu. stable, cool & fast. looks great on my 65" HDTV. not a gamer so i can't speak to that kind of performance.

Pros: Biostar makes quality boards, that's for sure. This may not be a pro for some people, but mine came red and black as opposed to the picture they have here at newegg. I like it a lot better than the ugly neon they have pictured! Again, this may be a con for some people. Have successfully overclocked my CPU via ref clock, today I will try it with the unlocked multiplier. Able to overclock my ram to 1600 @ 8-8-8-22-30-2T, when it was spec'd for 1333 @ 9-9-9-28-36-2T. Your mileage may vary.

Cons: No cons, nothing wrong with this board :). Although I would definitely like mosfet coolers... The aftermarket ones newegg provides do not fit due to hole alignment.

Pros: This comes out of the box ready to go. Installed an AMD quad core 2.9 Ghz processor, 4 GB's of memory with SATA WD 500GB hard drive and LG DVD burner. Put it all in a Chiefmax micro ATX case with Windows7 as an OS and it was go!

Overall Review: Gonna buy another for my brother-in-laws new PC he's getting me to build!

Cons: After owning this for two and a half years I can honestly say that this little board was worth every penny!

Pros: Inexpensive. Extensive overclocking options. Easily unlocked the fourth core on my Phenom II X3 740. Onboard video with dual monitor support, which isn't always the case in this price range.

Cons: Hesitates a few seconds before posting. Confusing BIOS, many key overclocking options like memory timings and CPU multiplier are buried in sub-menus and bizarrely labeled.

Pros: Plenty of features, plenty of speed/performance, low power consumption, dual monitor output (choose from 3 connections), love the cpu fan speed control, great Linux/Ubuntu 10.04 support, plays 1080 HD movies well in Linux over VGA or HDMI or DVI, even with only 32MB dedicated to onboard graphics (it has 128MB sideport memory too), even with only a sempron 140 CPU @ stock speeds & slightly lowered voltages, with 2GB (2x1GB) DDR3-1333 - this might have worked with only one 1GB dimm as well, but can't remember.

Cons: None - might like to have a 2nd fan that's BIOS-controlled fan speed, but not a big deal obviously.

Overall Review: plenty of room for expandability, plenty of capabilities, plenty of options. Also, I've had boards with USB 2.0 support before, but this (and a few others I have that are similar chipsets) are way faster with things like USB 2.0 flash drives for whatever reason. I also love this board because its great for the price, and with it as a foundation, you can have a solid HTPC for cheap!! Playing 1080 HD movies in Linux, mostly .mkv files, uses only a small portion of even the Sempron 140 CPU which is awesome. ...And at around 40W with a decently efficient PSU or around 55W with a not-as-efficient (70%?) PSU. I also liked it so much that I bought a 2nd one. Also, I think the sideport memory helps it play 1080 HD vids since a similar board w/ all same chipsets but no sideport would only play them about 99% - it would lose audio/vid sync and start skipping after a few min, ff or rw would re-sync & stop the skipping temporarily, but it'd do it again.

Cons: non yet as i havent put it in my system yet

Overall Review: i was regretting getting this because of the ugly color of the motherboard, but when i opened the box today i was greeted by a sexy black and red version of this motherboard, it looks fantastic, im uploading a unboxing video on youtube, look for it, my name is masik7290

Cons: Must improve english in the manual...