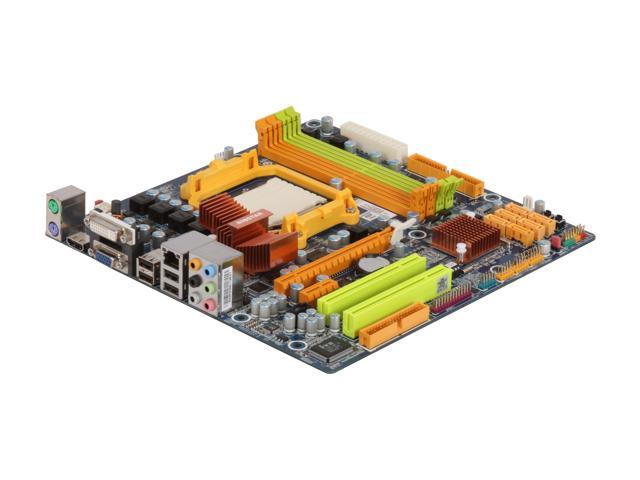 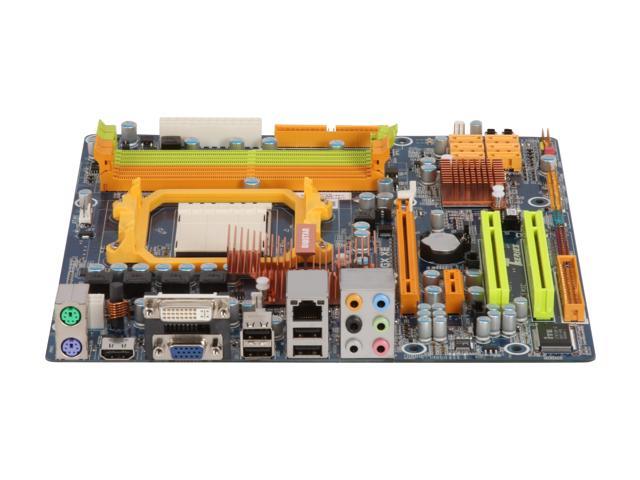 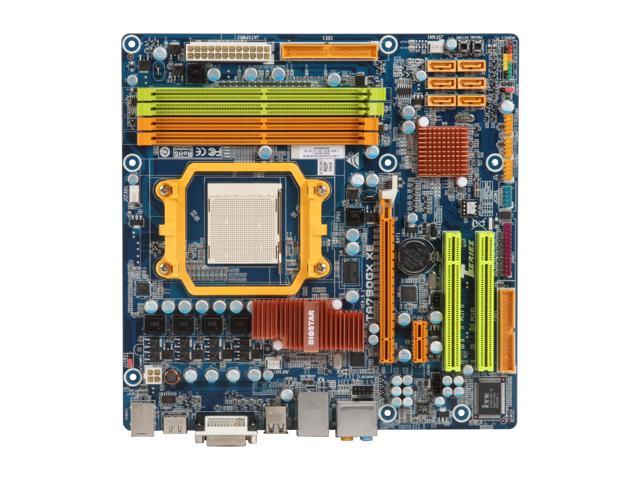 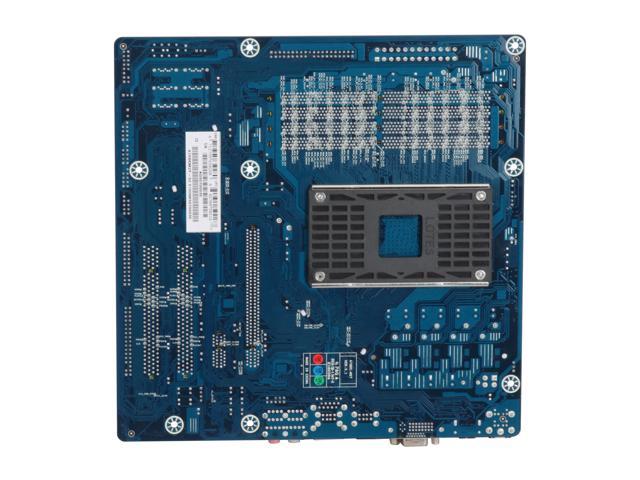 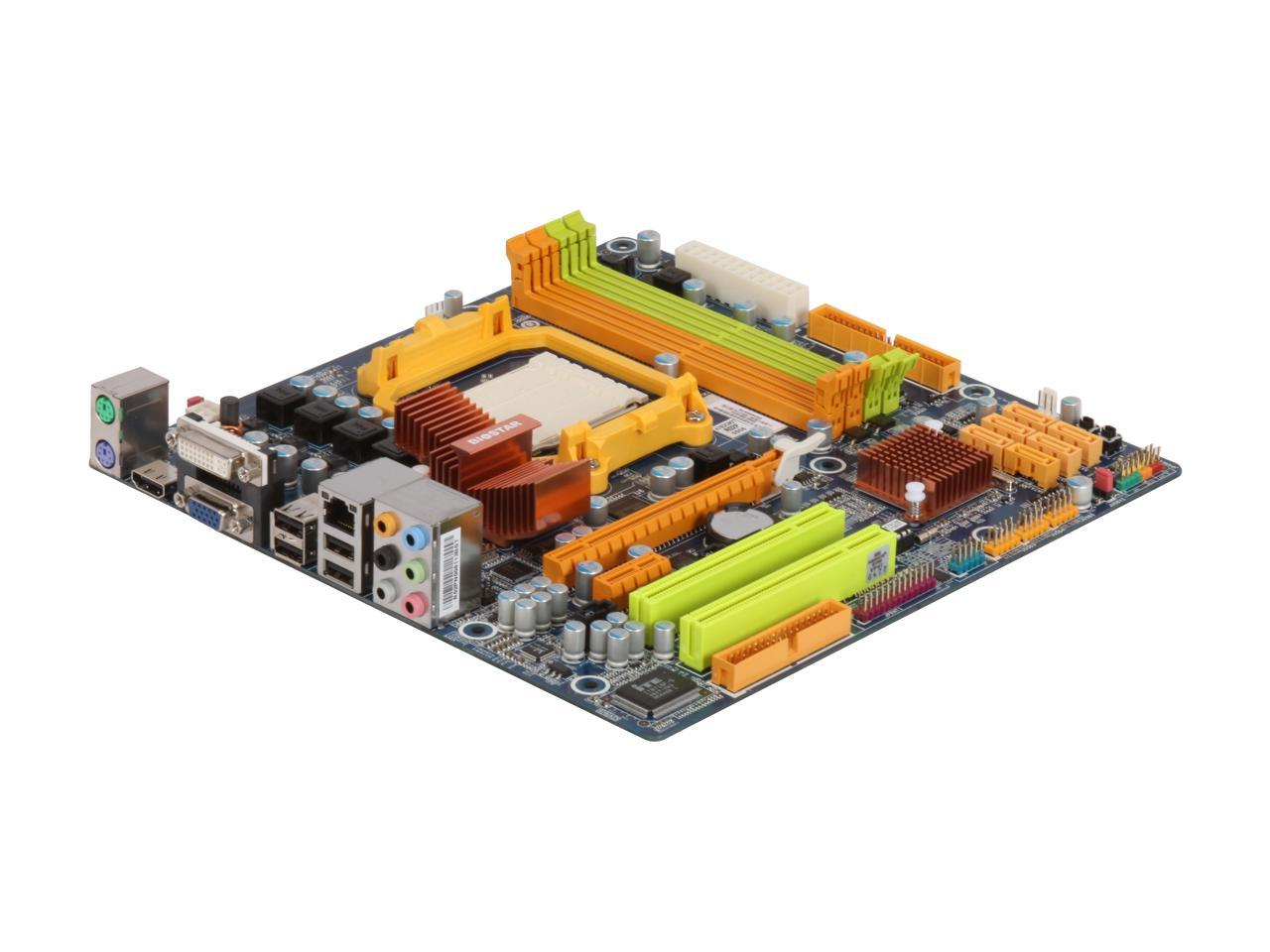 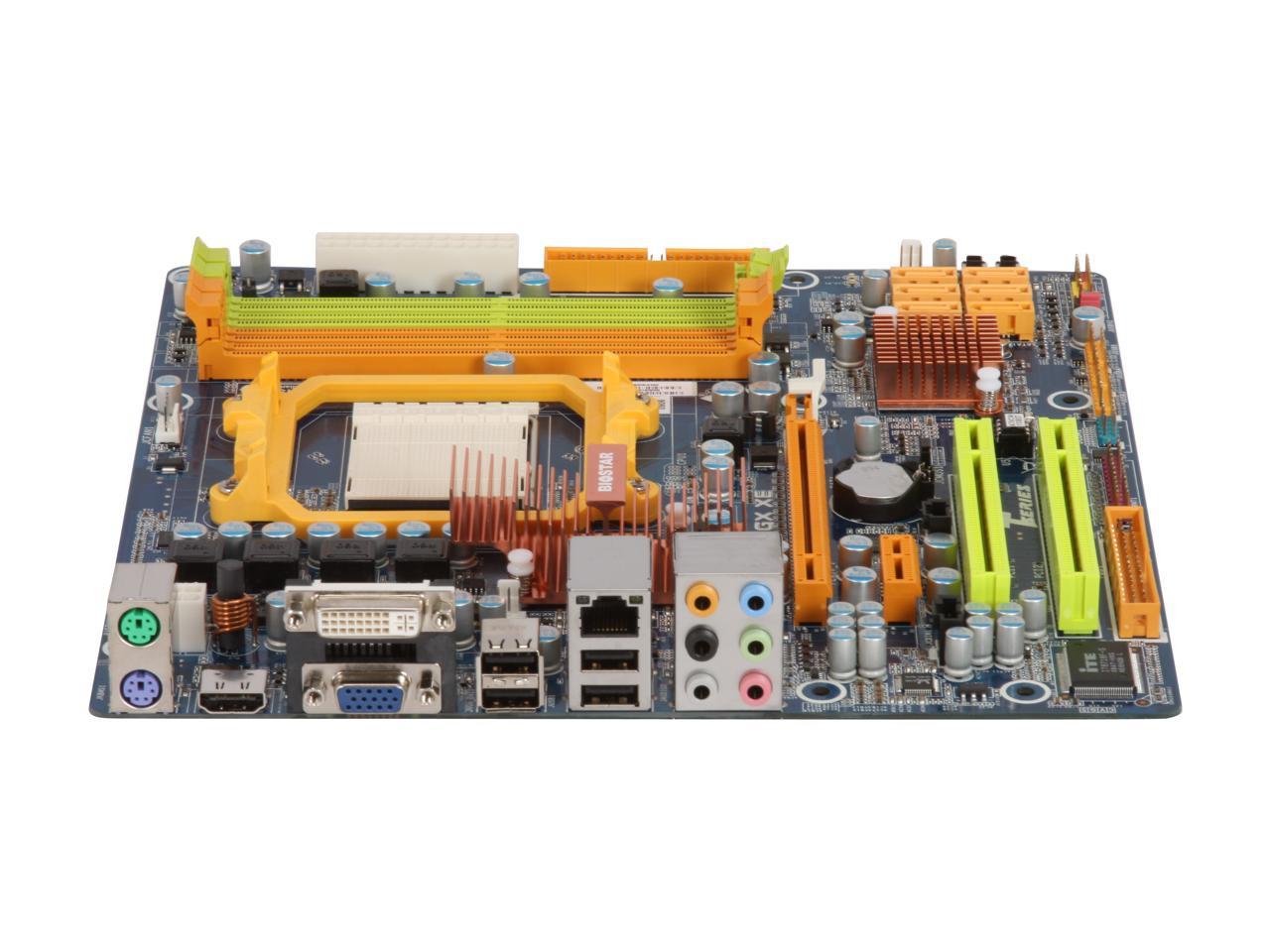 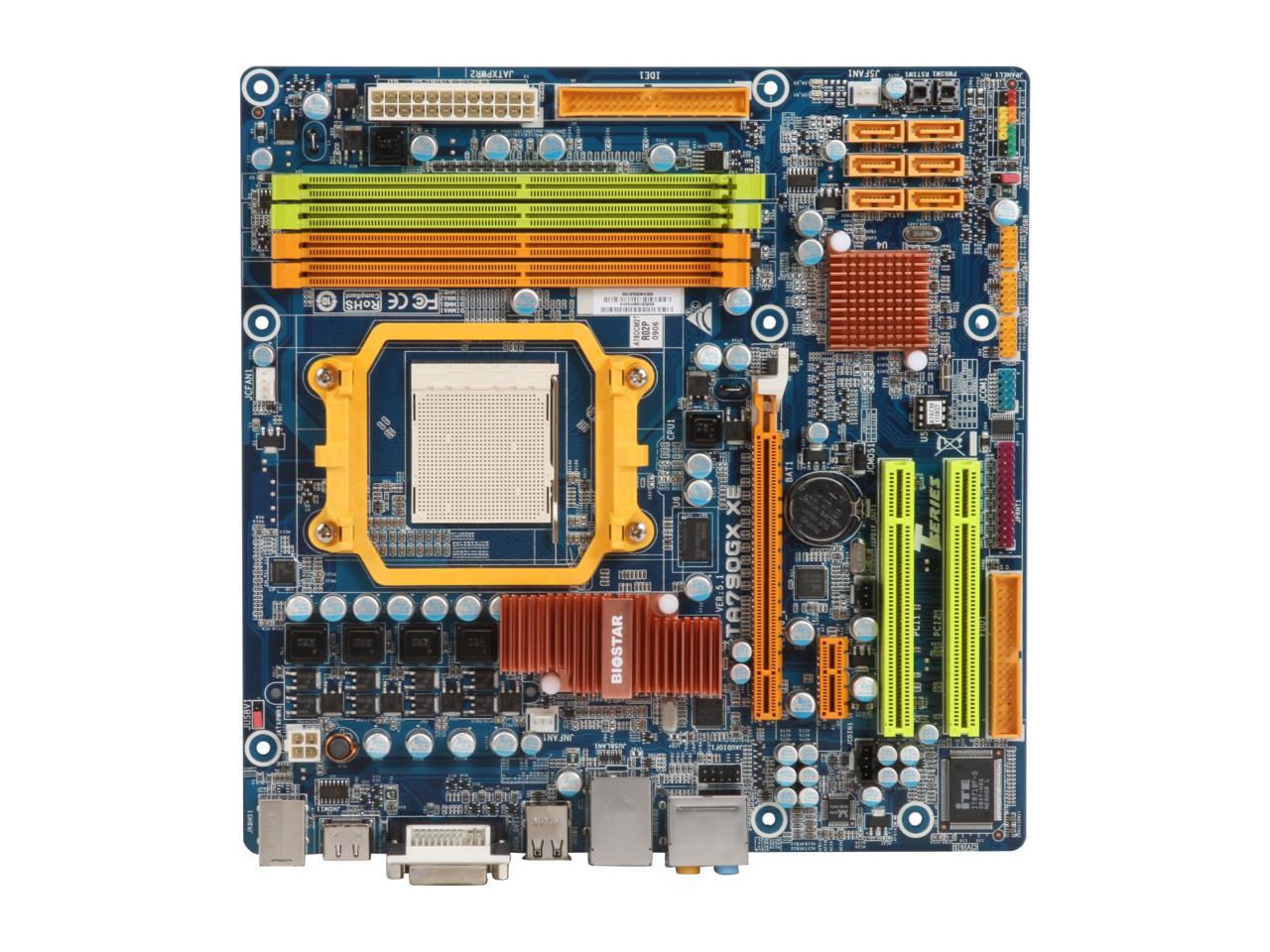 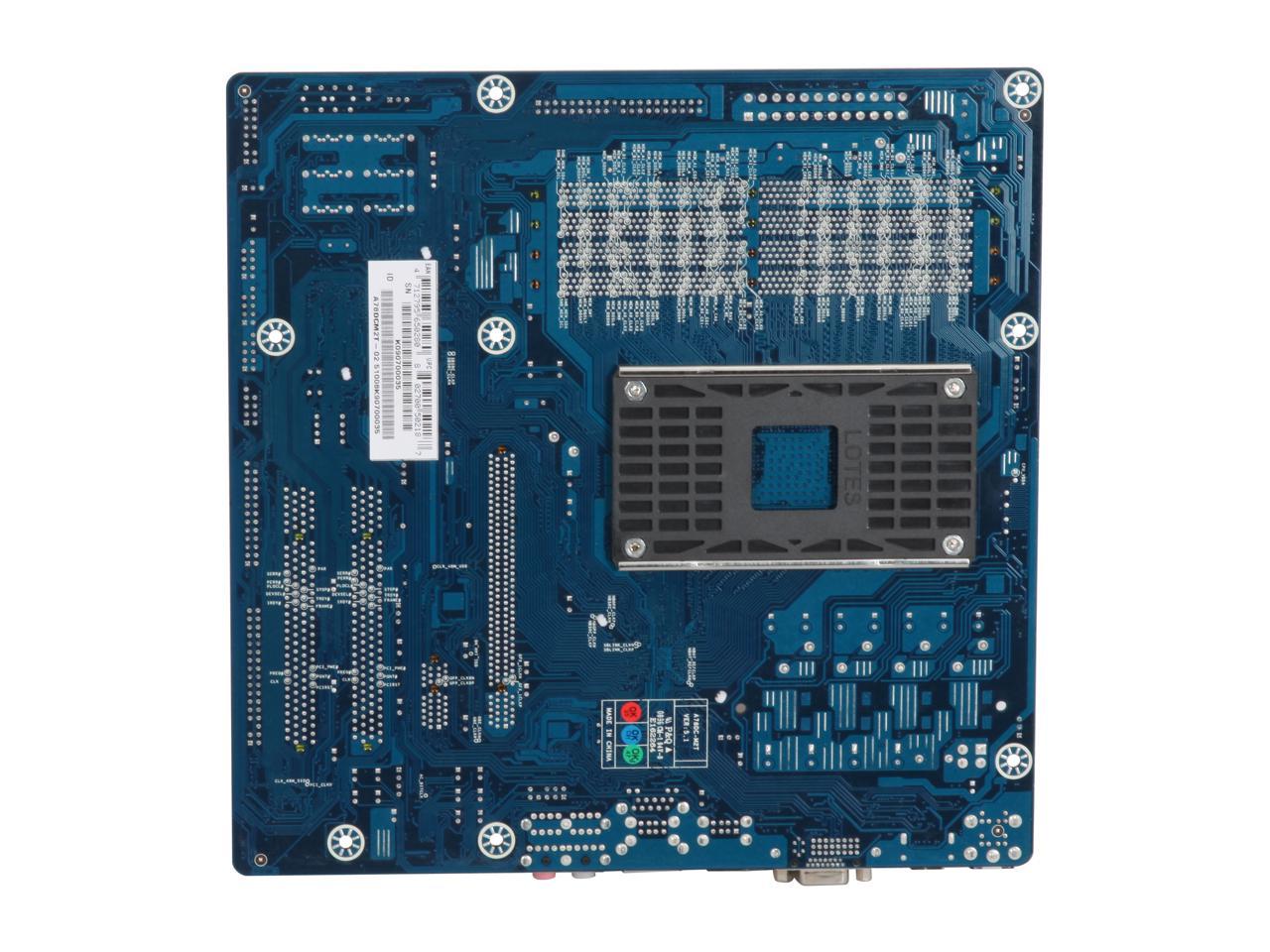 (139) Write a Review
OUT OF STOCK.
Specs
Reviews

Pros: The motherboard has worked flawlessly since I purchased it. I posted about it previously on March 20, 2009 @ 9pm if you want to read my other original opinions. This is an update for future buyers, there is something that you need to know about this motherboard.

Cons: This is a single plane motherboard with regards to the AM2+ power specification. CPU's like the Phenom II 955 will not run on it. If you use any Phenom II, the TDP of the chip will be much higher and some of the power saving/management features will be unavailable. The cpu specs are based upon you using a AM2/AM3 dual power plane motherboard. I would expected that a manufacturer of a AM2+/AM3 ready motherboard will have followed the specifications in full. However this is not the case with this motherboard. It does not fully support the full AM2+ spec an thus you may, like me, find some disappointment later on.

Overall Review: I would have still purchased this motherboard, I just wish they had been forthcoming in the defiencency. When you do research and read the AM2+/AM3 spec, you are expecting a standard to have been followed. I had originally purchsed it with a 7750BE with the intention of upgrading CPU's in the future. Well, I did, and now I can not use it as intended. I just want to inform you of this issue so you can make an informed purchase. It is a SOLID motherboard and has had ZERO issues till I tried to upgrade the CPU. I put the 7750BE and everything works as advertised.

Pros: * mATX form factor with 790GX/SB750 chipset (hard to find) * Power regulation system seems more stable and accurate than the Gigabyte GA-MA78GM it replaced * BIOS full featured with plenty of tweaks - CPU Voltage bumps in BIOS in .0125V increments instead of .025V * Onboard system status LED's (super-handy!) - tells you which system failed (CPU/Memory/VGA) if you can't boot. * 140W CPU support - think of it as "Safety Headroom" for the motherboard * Quality IGP (ATI HD3300) * CAN do the Phenom II 720 three-core to four-core trick, even with the latest BIOS update (Jan 2009), and could recognize the Phenom II's right out of the box. * A strong offering, both in terms of price and features, suitable for HTPC or enthusiast platform

Cons: * Large Northbridge heatsink is placed very close to the CPU bracket. It may interfere with an aftermarket HSF if it sticks out over the bracket towards the back of the mobo. * BIOS is confusing, with some duplicate settings in a couple of places, some seemingly contradictory. Little documentation about the BIOS settings. * Does not work 100% with AMD OverDrive, and Biostar's included software is woefully inadequate (drivers are fine). * CMOS reset jumper is awkwardly placed in the middle of the board, especially in tight mATX cases. Hard to reach if all the expansion slots are populated. Wouldn't be so bad if a screwdriver touch could reset CMOS, but you have to physically move the jumper between three pins to complete the reset. * Secondary fan headers (NB & System) are not speed regulated even though fan speed is readable by Speedfan - they run full speed all the time. * Would be nice if MOSFET's and ferrite cores were at least heatsinked - mounting holes are there already

Overall Review: As far as I know, the only other mATX 790GX/SB750 mobo available in the US currently is from DFI, for more $$$. I wasn't going to get a new motherboard until the new chipset came out in mATX, but I needed a SB750 board instead of a 780G/SB700 to see if my 720 could do the "trick". I'm glad to say that it can, and ran Prime95 for 8 hours @ 3.4GHz with no errors! I was initially confused and turned off by the BIOS, it grew on me, and now I like it. You can also back up the BIOS to disk, so if a future revision disables the fourth-core option, you can go back to it if you want. As for a previous review, try 'Chipset->Southbridge Configuration' settings and disable the SB Azalia to turn off the onboard sound. I don't know how this affects a sound card, however, but this setting (disabled) does let sound pass through to the HDMI output.

Pros: I like this board. Besides being a 790GX chipset board in mATX form factor, the power system seems to be more stable and accurate than my old Gigabyte 780G mobo.

Cons: This board is VERY sensitive to checksum errors in your SPD settings of your memory modules, unlike my other motherboards. A module that works perfectly fine on another motherboard may prevent this one from even POSTing. Brand new modules are fine, usually. If you can boot by swapping modules in Slot0, or have access to another machine, you can use SPDTool from TechPowerUp.com and their "Fix Checksum" feature to correct this, and write the SPD info back onto the DIMM. The SPD corruption seems to happen occasionally after a failed aggressive overclock, or some other electrical event (surge, forcing a fan connector on backwards, etc.). Fortunately, it only happens to the Slot0 module, so swapping positions of the DIMM's will let you POST, enough to enable "Ignore Memory Errors" in BIOS. The OS will not recognize the "bad" module, but you will still be able to read and write it with SPDTool, and it will be fine after reboot. If that is your problem.

Overall Review: I tore my hair out, and feared the worst, but the diagnostic LEDs were helpful in pinpointing the memory error (LED1 on, LED2 off). When the "blown" DIMMs worked without issue on another motherboard, it aroused my suspicions about the SPD info.

Pros: PLEASE READ BELOW IF YOU ARE HAVING PROBLEMS INSTALLING YOUR OS. Great board so far with many features. Used in a customer install. Once I finally got it up and running it

Cons: PLEAS READ IF YOU ARE HAVING PROBLEMS INSTALLING ANY OS!! If you are setting this board up with a Athlon II chip i.e. the AM3 Athlon's 2.8 or 2.9 ghz Regor chips YOU MUST FLASH THE BIOS WITH THE NEWER BIOS (Aug '09). Mine shipped with a Jan '09 bios and would hang on an XP install just after loading all the drivers. The trick though is the bios flash program is part of the CMOS so you have to download the new bios file on a good machine to a floppy or flash drive. You then must hit F12 at the post to start the flash install. The flash program will show the new bios on the left side if it sees it. The weird thing is the machine will post, boot, and start an XP install fine but will freeze after the drivers load just as windows says "starting setup". This can usually happen with bad memory, power supply, unsupported hardware, etc but this is the first time I've seen it due to a bios issue.

Overall Review: I've been building, servicing, upgrading and otherwise involved in electronics and PC's for over 16 yrs. and this one had me really stumped for about 2hrs. After unplugging drives, usb ports and playing with every bios setting to get the OS to stop freezing I finally figured out what was going on. I will admit I did not try to contact Biostar but

Pros: This board can easily unlock the fourth cores of the Phenom II x3 CPU's with the old BIOS.

Cons: Latest BIOS revision adds functionality and extra features, as well as 45nm x2 recognition, but does not successfully unlock my 720 (booooo, Biostar). The 'Temp1' sensor (SpeedFan) in the old BIOS readily corresponds to chipset temp, but is useless with the new BIOS as well. Also, there is the TA790GXE that's confusingly close in name, but vastly different in layout and lacks PCIe x1.

Overall Review: Both BIOS versions are readily available at the Biostar website. Guess which one I'm using...

Pros: Well, lets be honest. I normally don't like micro ATX, but this board is great. It has almost everything you need built in. I used this for a system for the in-laws, and was quite pleased with the result. All I had to add was a wireless card for their broadband internet. On board sound is decent, and I have to tell you, the built in HD3300 with 128MB sideport memory did allot better than I thought it would. It is playing battlefield 2 at 1280x1024 on high settings beautifully! Some newer games may be an issue, though. For example, I installed X-Men Origins: Wolverine, and while I can play at 1024x768 on low, I need to set it to 800x600 for smooth framerates when allot is going on at once, or I get near a waterfall. So, all in all, I would say the onboard video exceeded my expectations, as I really wasn't expecting to be able to play that many games on it. I am not saying hardcore gamers will be happy, just that it did better than I was hoping for.

Cons: Hmmm, Cons... Ah, I know... Front Panel Audio is HD Audio only, NOT AC '97 compatible. Says so right on page 16 in the manual. I looked, as I was having trouble with the front jacks on my new Rosewill case that supports both HD audio and AC'97. Basically to get it to work right, I had to disable front panel detection in the Realtek control panel. So now the front jacks are enabled all the time, but at least I can plug the headphones in and use the mic for gaming with Xfire. So, not a big con, but one to be aware of.

Cons: None, as of yet - Maybe price - time will tell if the price was worth it.

Pros: Just wanted to drop a quick note: this board recognized my Phenom II X3 720 BE out of the box. No BIOS flash needed. Install went smoothly and I am happy with the performance at stock clock settings. This is my 1st Biostar motherboard, and I'm curious to see how well it will hold up.

Cons: No firewire headers (minor gripe but could be a problem for anyone tempted to use this board for video editing). Would have been nice to see at least two more USB ports on the IO panel.

Overall Review: Note that you have to enable Smart Fan control in the BIOS settings if you don't want your CPU fan spinning at full speed all the time.