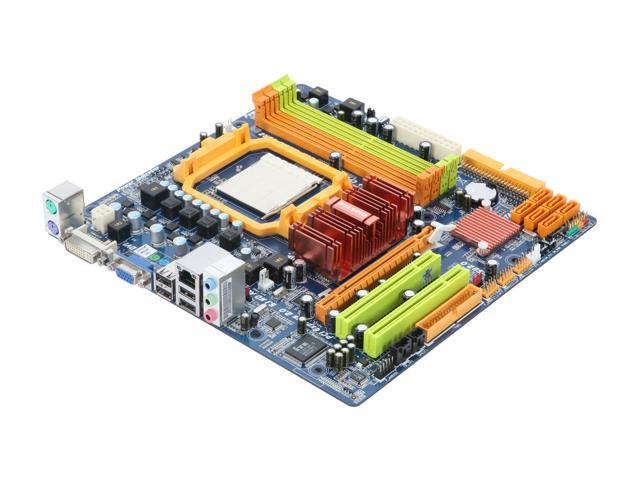 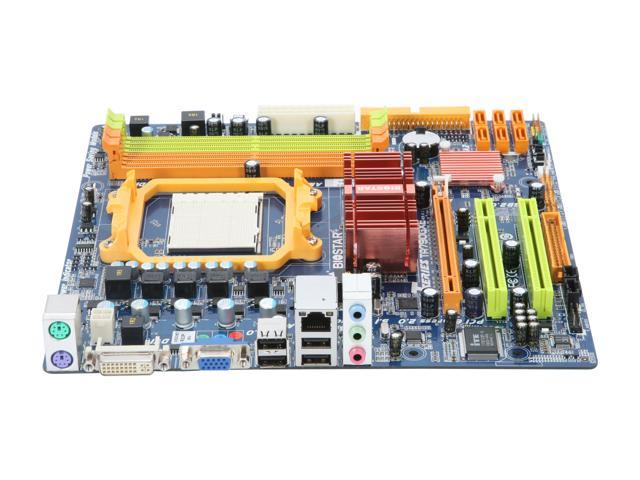 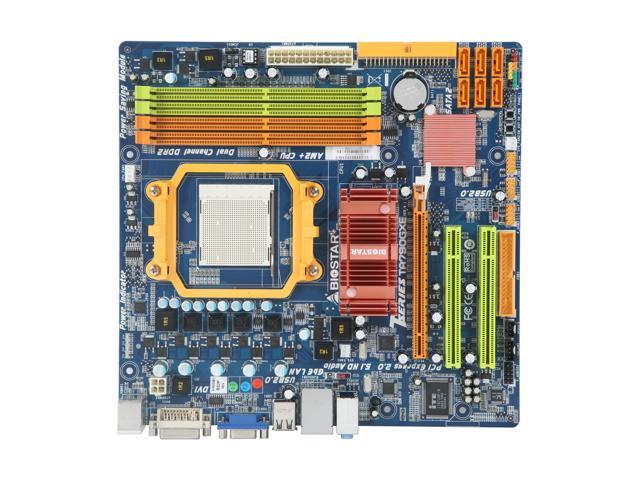 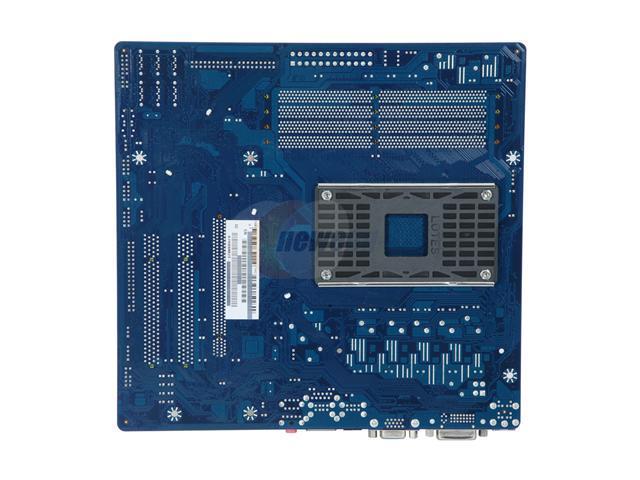 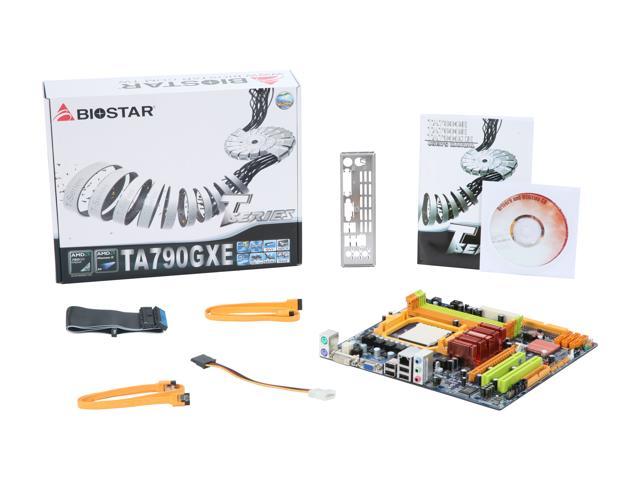 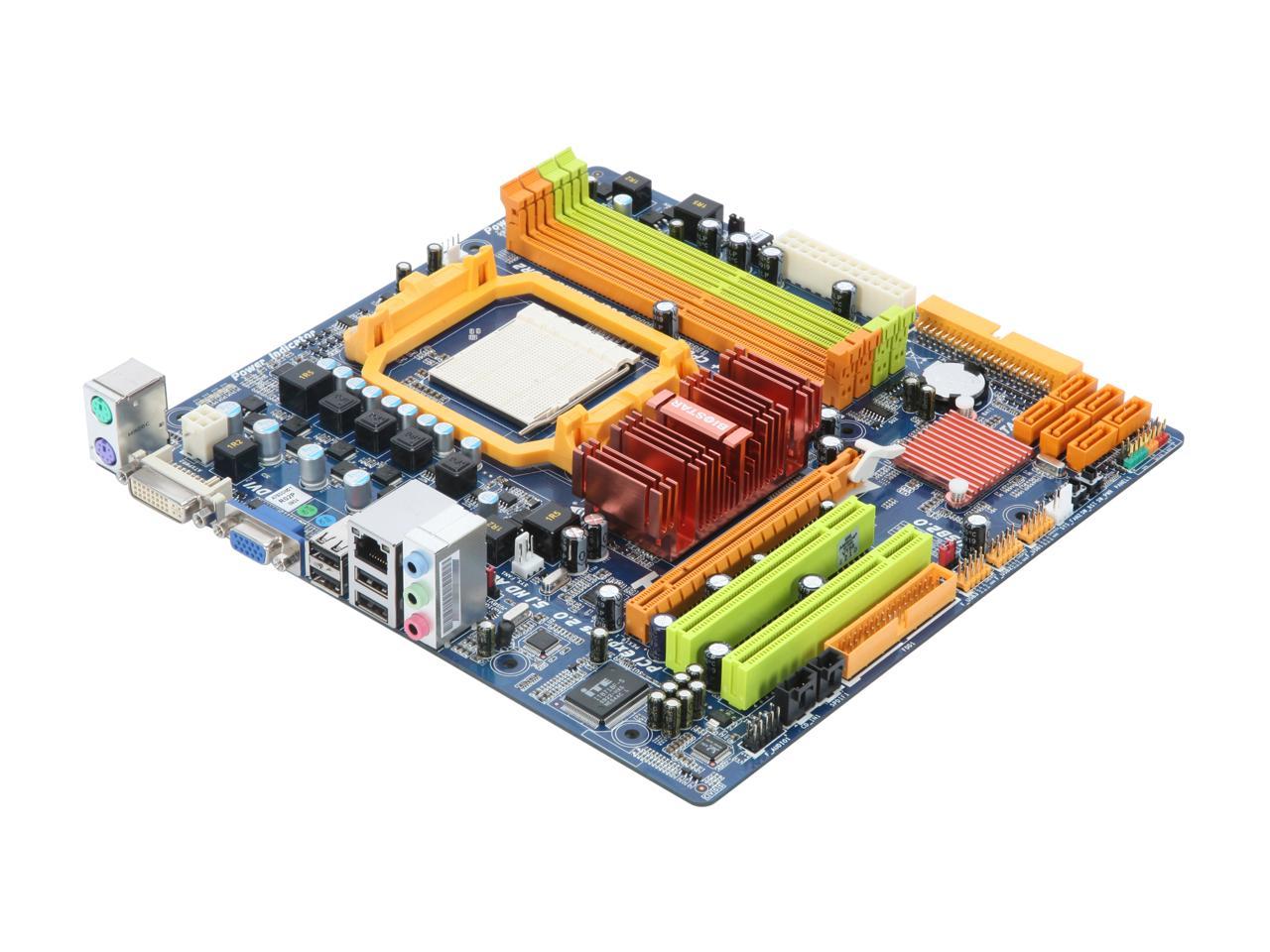 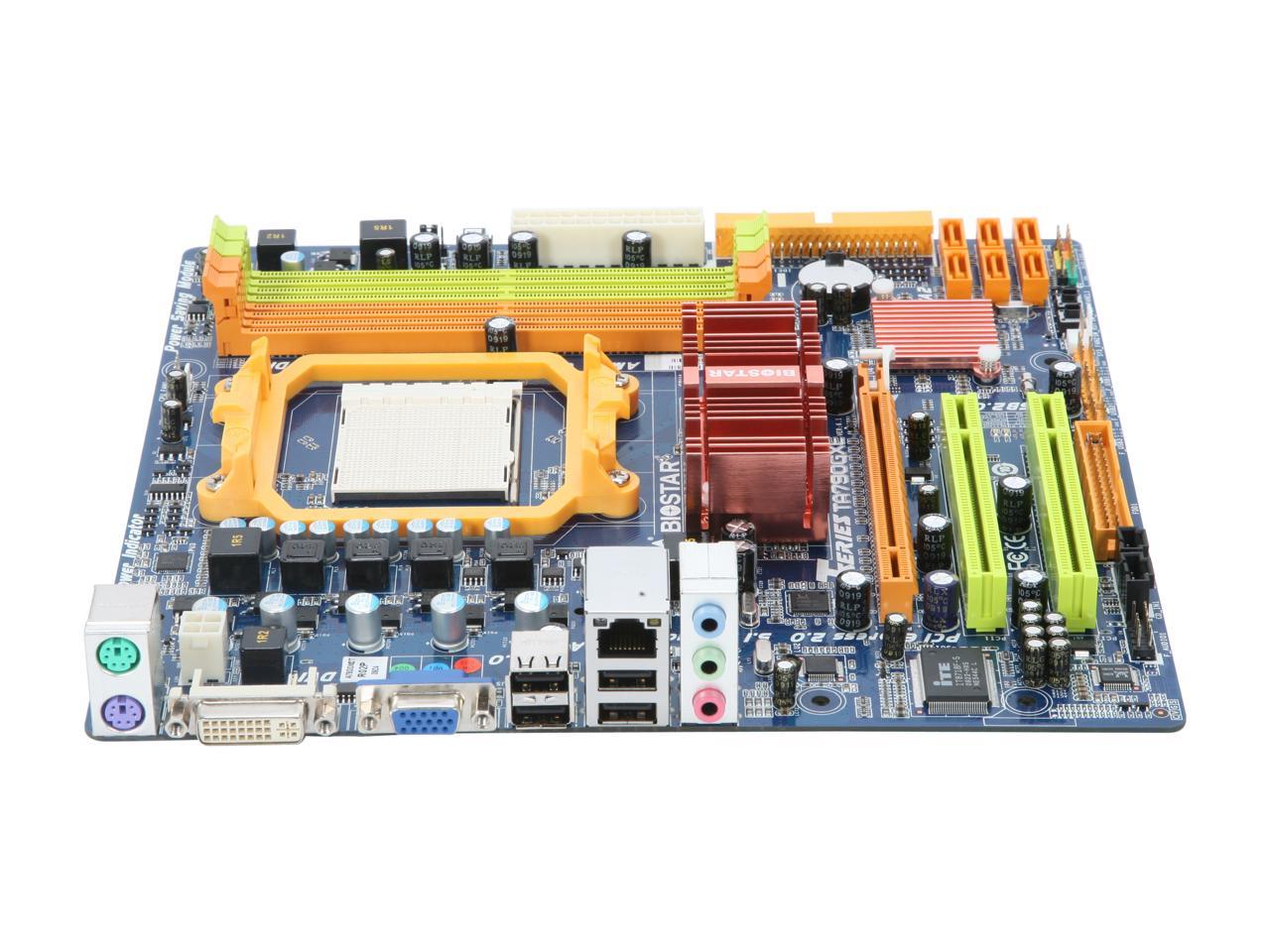 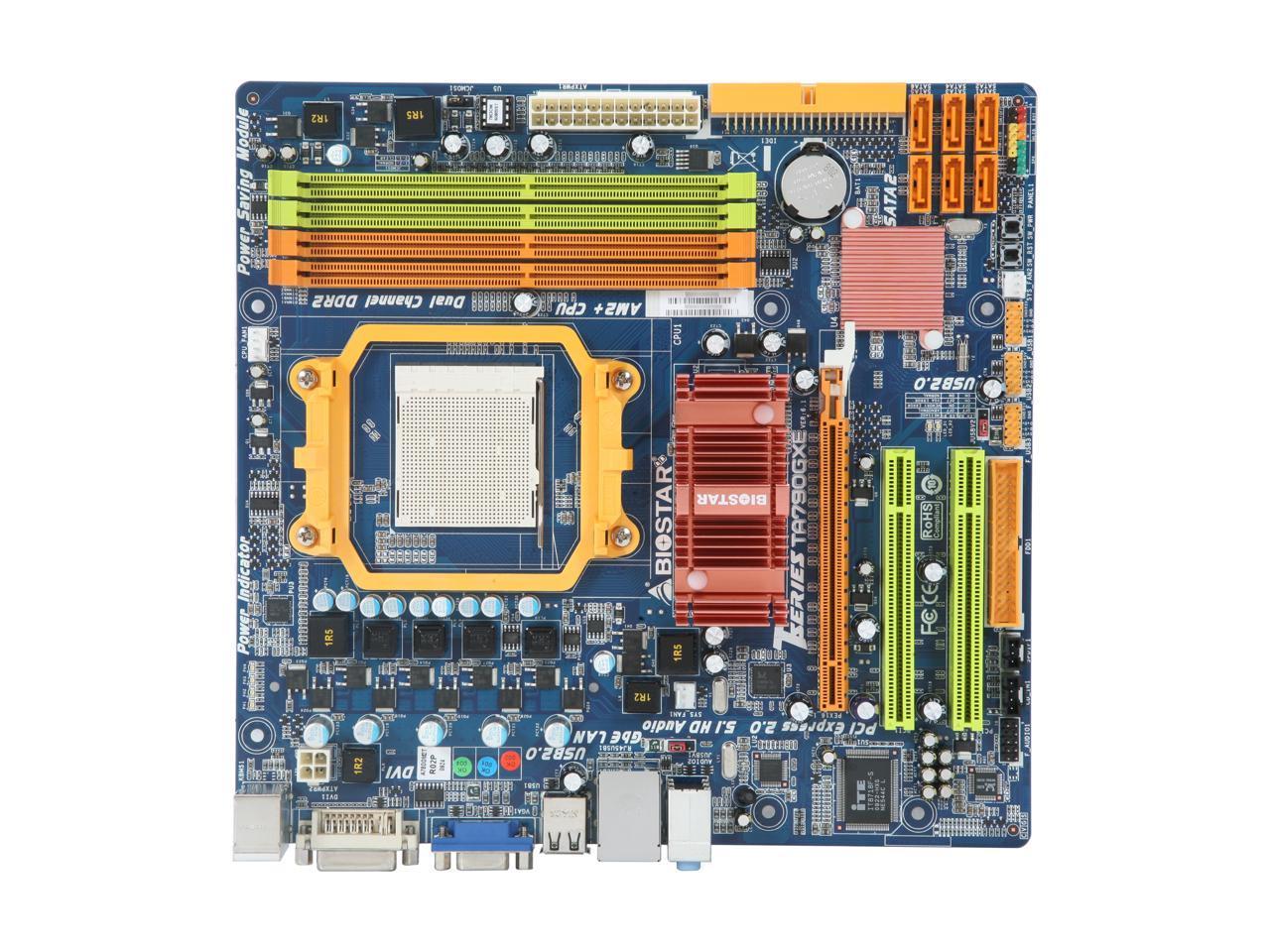 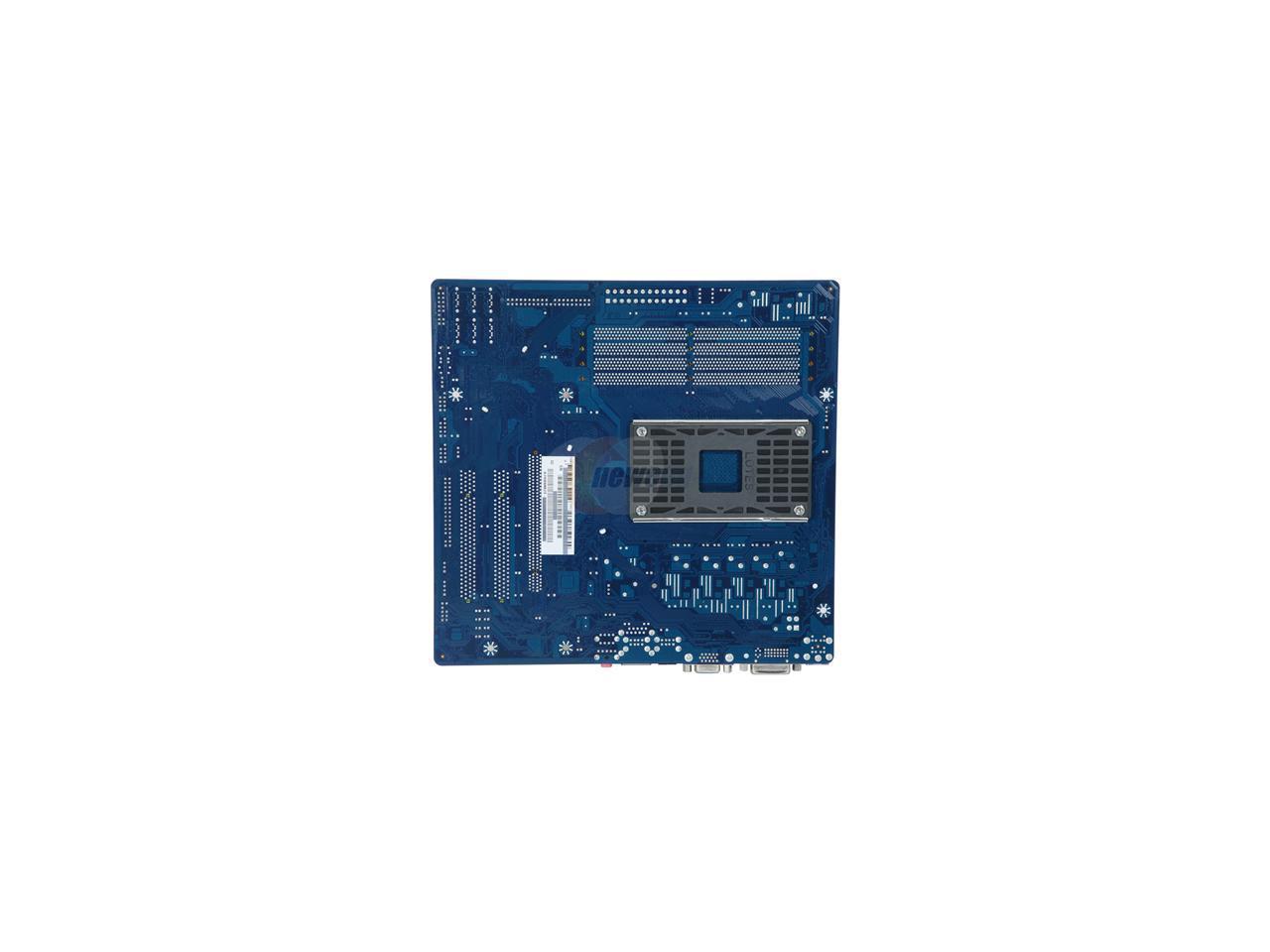 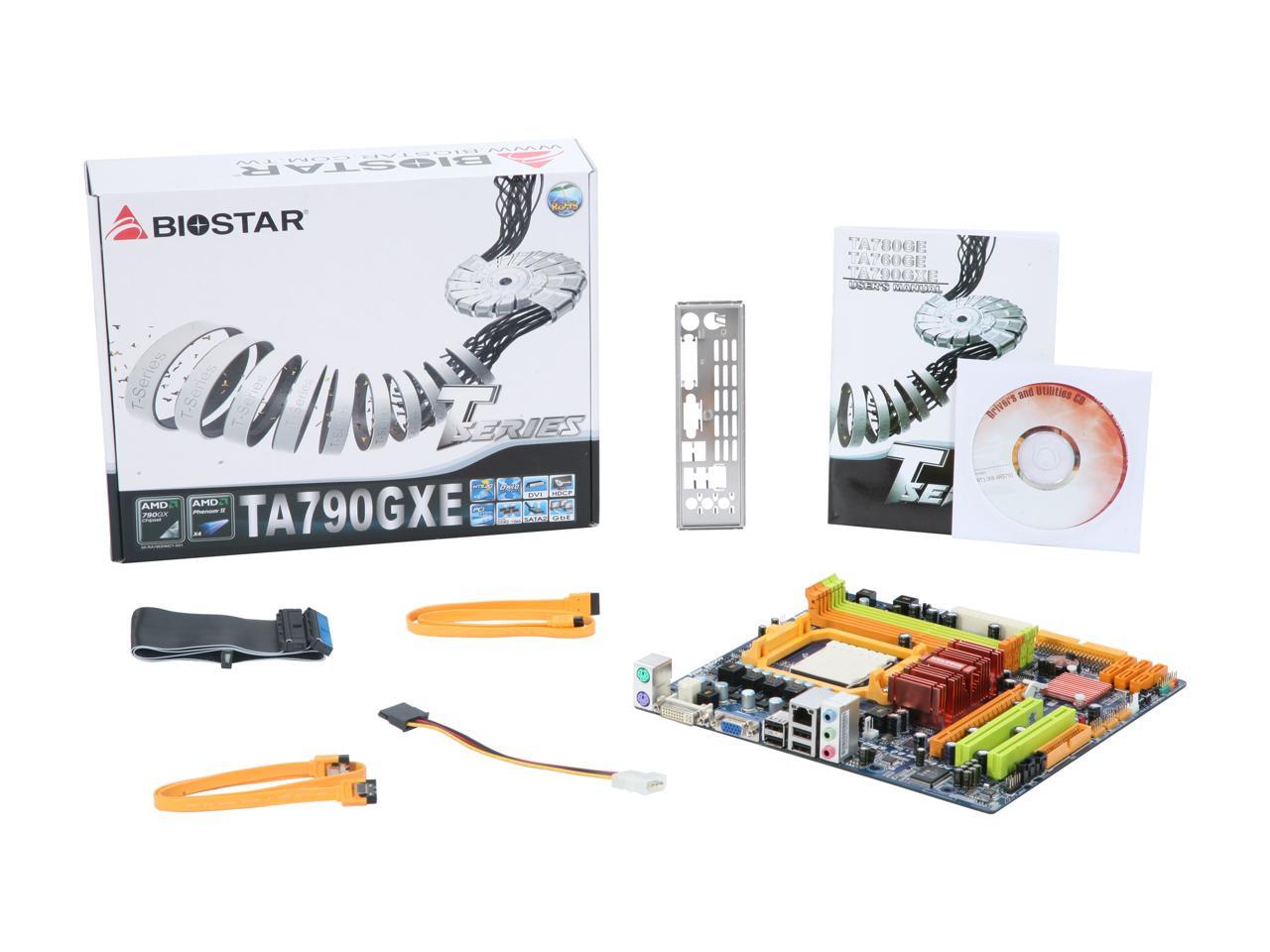 Learn more about the Biostar TA790GXE

Cons: -PCI slots get covered up by having a big graphics cards in your PCI-Express. -Power light is red, I wanted blue, lol

Overall Review: Despite some of the other reviews I find the Biostar TA790GXE very reliable. First off it's very forgiving. Like your not going to break the pins by just pushing a little to hard, or if you accidently force a cable into the wrong spot, you probably won't damage anything. This makes it ideal for a first-time custom build. You can't go wrong with this board. -In use with a AMD Phenom II X2 3.1 Ghz Black Edition, Raedon HD 4850, 4 Gig of Patriot Viper RAM, and OCZ 400w psu.

Pros: This motherboard is great for anyone who has no plans to run a dual videocard rig and does not need a large number of expansion slots. Biostar has always had a good reputation with me as I am not an avid overclocker and their boards are very stable. The new AMD Athlon II X4 620 Propus 2.6GHz 4 x 512KB L2 Cache Socket AM3 95W Quad-Core Processor that I purchased with this mobo for this build is automatically recognized by the motherboard (no need for a BIOS update!!!). This is a fine microATX board!

Overall Review: I did have a random shutdown problem that I originally thought was an overheating issue (it was not) or a motherboard problem. Tech support for this issue was absolutely stellar as they offered helpful troubleshooting for this problem, and emailed me the link and instructions for creating an online RMA request. However, I was able to avoid the RMA when I pinpointed the problem to a faulty +5v rail in the PSU that I was using in this particular build. Biostar will continue to receive my business in the future and I highly recommend them to anyone who is building a computer or simply looking for a motherboard upgrade to their existing system!

Pros: -Easy Install/Boot -Extremely easy overclock(point and click) -4 ram slots(very nice since I had a couple extra 1 g sticks laying a round and avoided having to purchase 2x2g sticks) -lots of USB slots

Cons: None for the 6 months I've owned it.

Cons: Only two PCI slots, no RS-232 port, only one PCIe slot. Onboard video is hit-and-miss under linux's radeonhd module - sometimes it's detected, sometimes it's not... and it's always confused as to what its properties are (memory, etc). I dropped an egg because of the video support, but in my case I don't need it at all - it's a mythtv backend that doesn't really even need to run X11, and in the few cases where it might, I can use the vesa driver

Pros: Cheap! Runs my AMD Athlon II X4 620. Build quality was actually better than expected and everything. I like the Power and Reset buttons on the board. The CMOS was easy to reset (not the board's fault...someone was messing around too much in bios). Everything works! Great board as long as you don't need too many free slots.

Cons: Says it supports 1080p, but ATI Radeon HD3300 staggered quite a bit when running Hulu videos in HD so I ended up putting a 7200GS card I got for free after rebate in and that seems to run it just fine. Worked OK in SD. was able to run Windows7 graphics just fine.

Pros: Bought this with the AMD processor combo. Installation was a snap. The quality is very solid and just by looking at this thing you can tell its a quality item. Connections and instruction book make it very easy to follow where all cables and connectors need to go. I had plenty of space for a huge Vid card and the on-board Realtek sound is actually very good. Recognized everything I put in it right away with no issues what so ever.

Pros: - Plenty of USB connectors - overclocked my Amd 720 to 3.2 gig without upping the voltage. I'm happy right here - Works well with my Pi-series G-kill low latency DDR2. Clocked to the stock specs with no overvoltage. This motherboard has a good VRM system. - Soild caps and plenty of them, Biostar didn't cheap out on the cap and I think this board would definatly handle 140+ watts. I wonder what AMD has in store for 1h of 2010 :) - Don't be scared by the price, this is plenty of board for any micro-atx build In the old days, Biostar seemed to be a low-cost, mid-quality board that would do what you needed for a long time. I would have put them on par with the FIC boards. I bought this board and was very surprised. I've mildly overclocked the processor and memory, I don't want to bump the voltages yet because...well it's so dang fast there's just no need. Amd 790 chipset is top notch man. 6 SATA headers on the board is nice because a pair of them is blocked by the vid c

Cons: - No firewire - no esata connector

Overall Review: Great board and I'm happy with it. But Biostar, just because it's micro-atx doesn't mean you have to chince out on a couple extras. eSta connectors will be important when USB 3 comes out, and you could tossed one external firewire on there and one header, I mean why not?

Pros: I've had this board for maybe 5 years now? No problems whatsoever and the first CPU I had in it I was able to unlock two cores, which was amazing. It's April 2014 and I'm running a Phenom II 965 at 3.9ghz with a GTX 770 for video and getting really good performance in Battlefield 4. I honestly can't believe something this old is running this game the way it is. Love it. The automatic overclock actually works better than the AMD Overdrive utility.

Cons: 5 years and no problems? no con to speak of here.