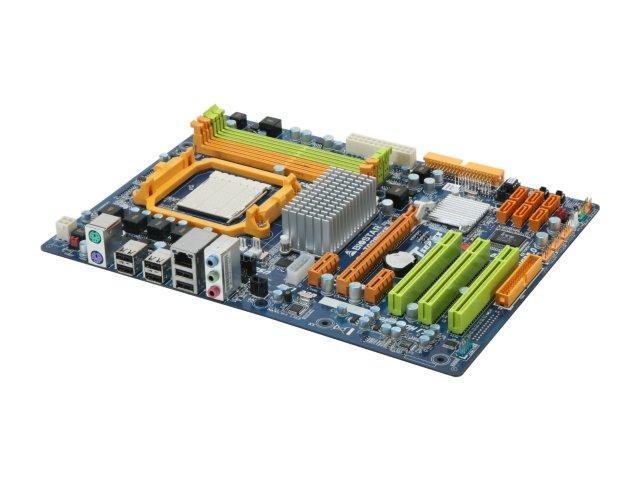 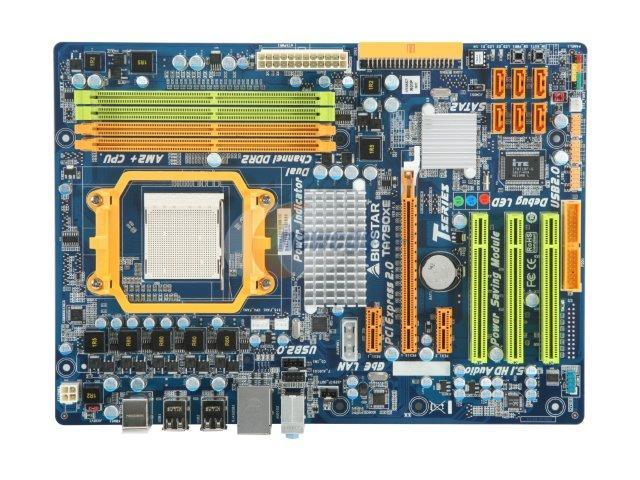 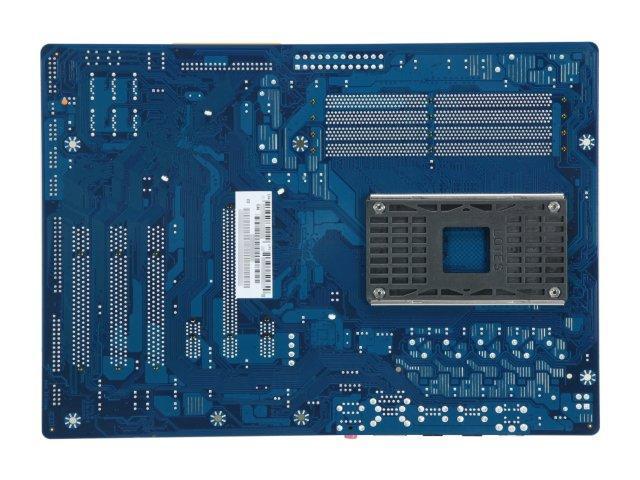 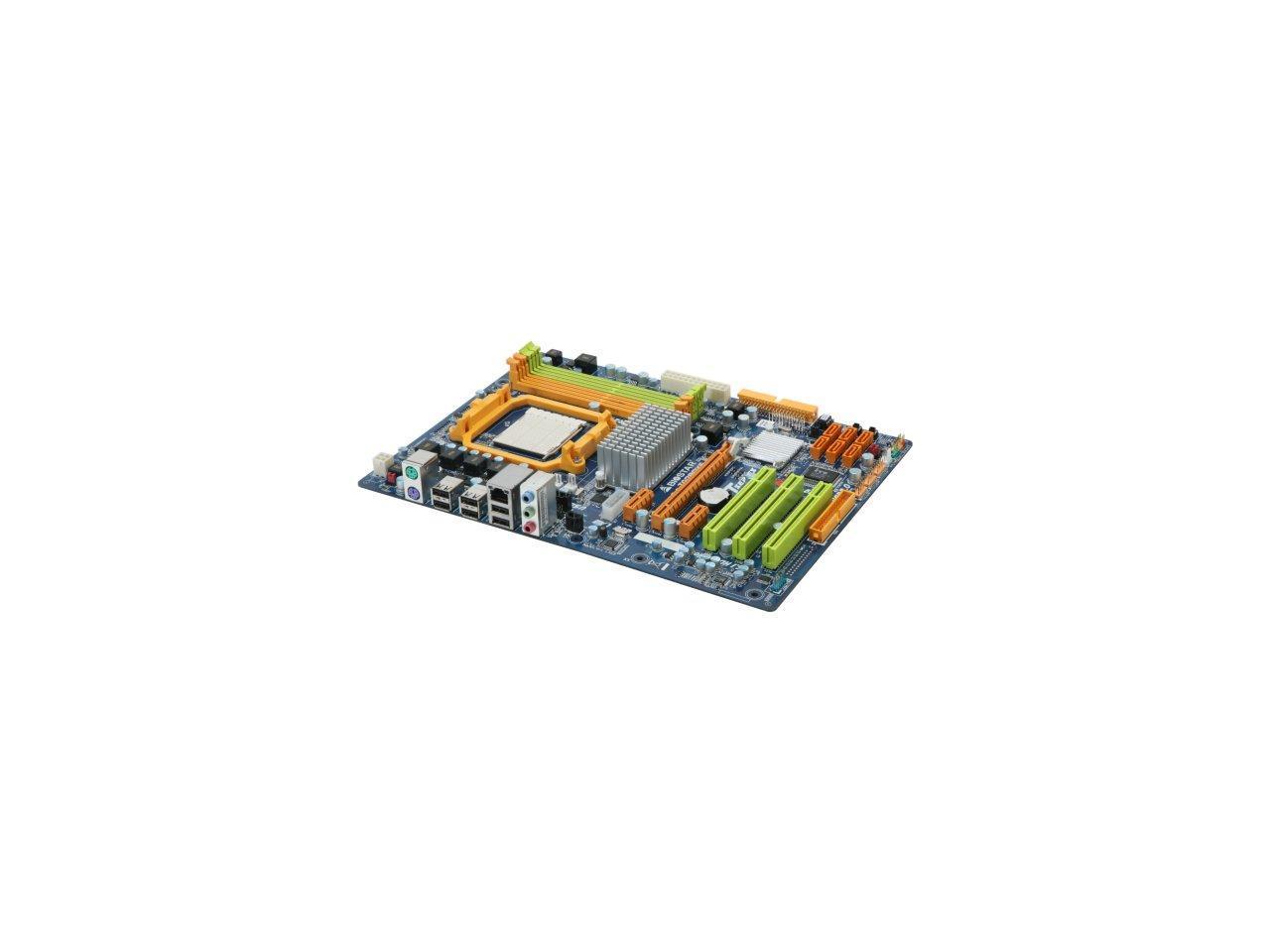 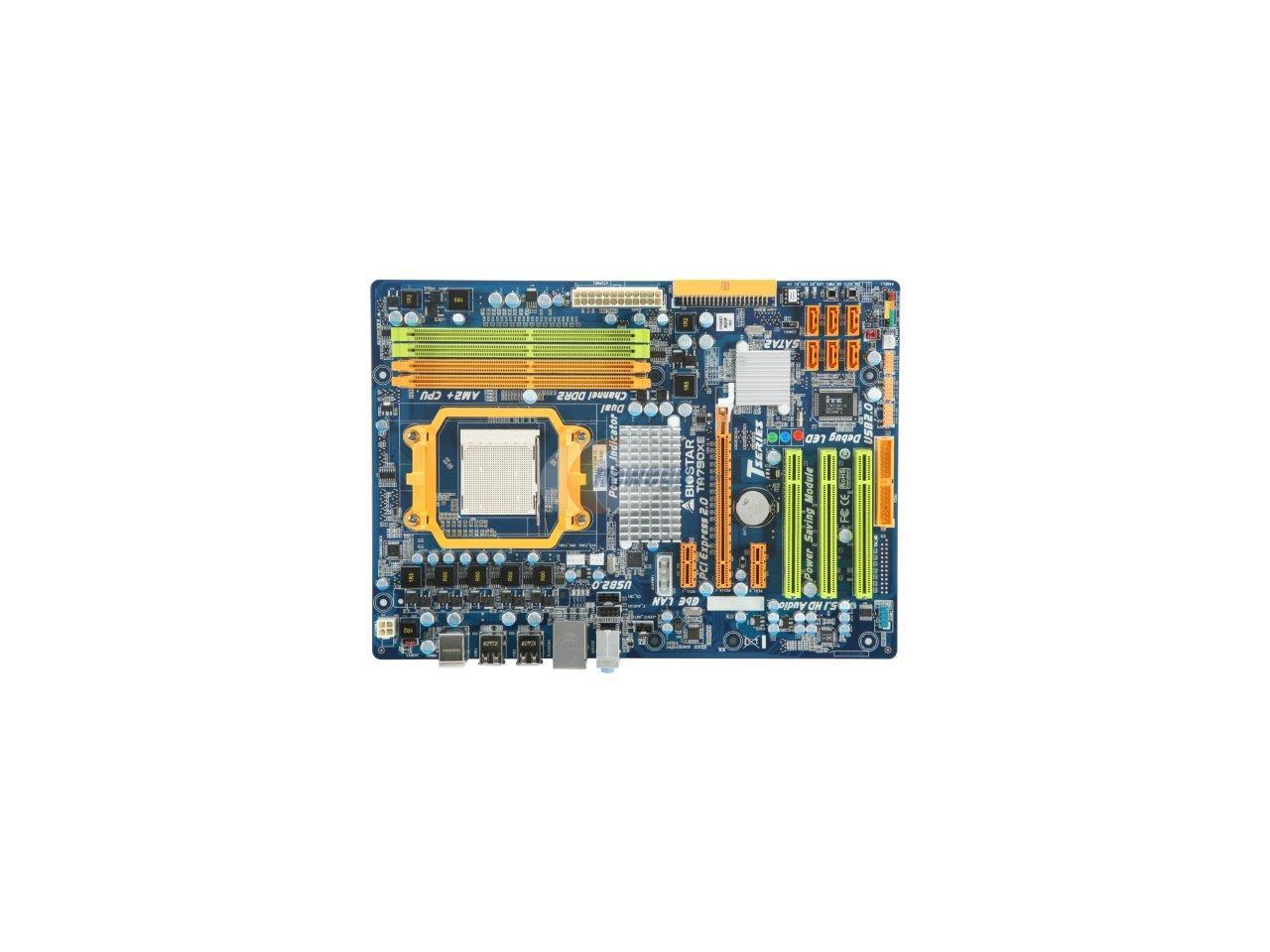 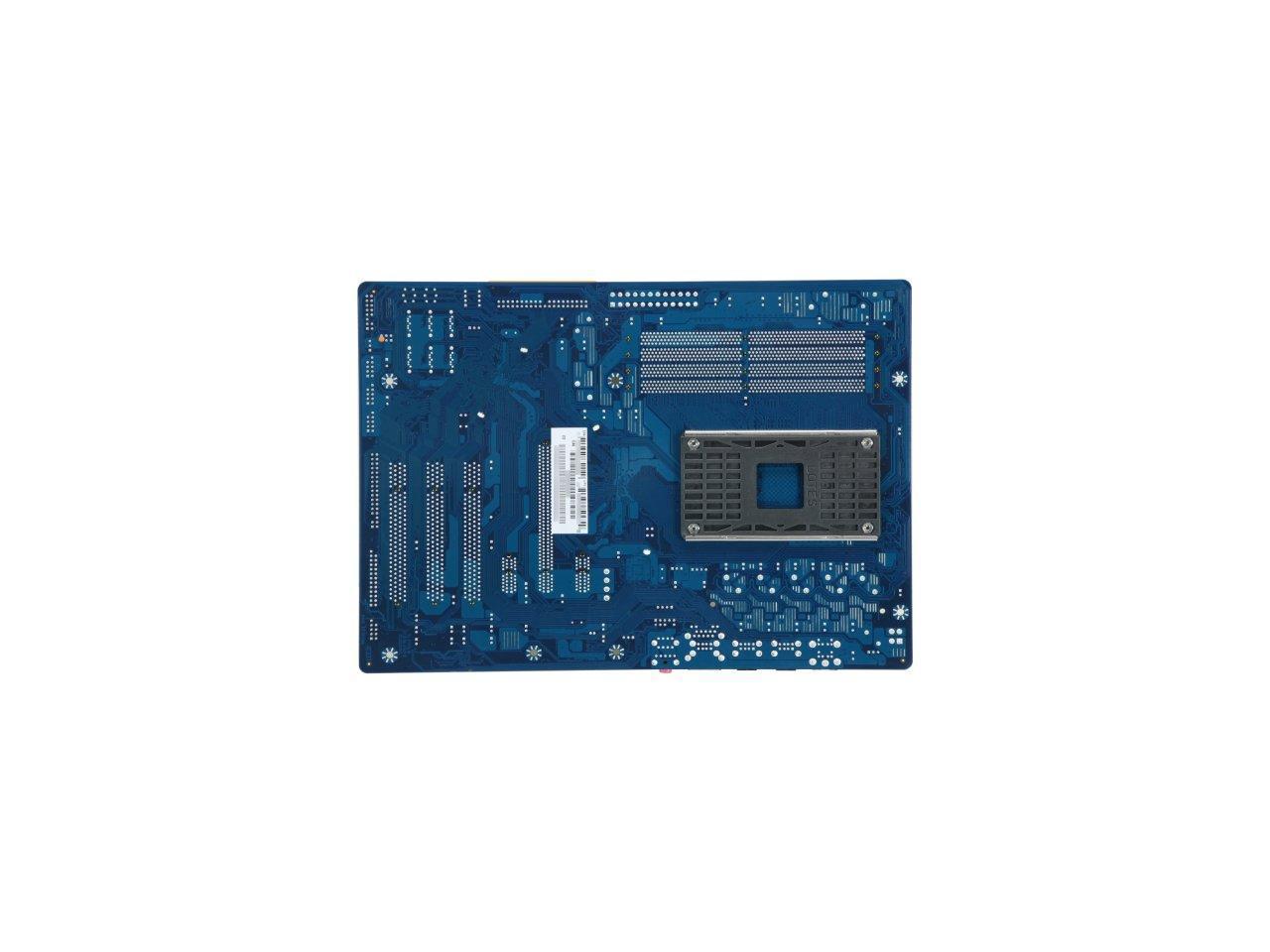 (32) Write a Review
OUT OF STOCK.
Overview
Specs
Reviews
Get affordable graphics and computing performance with Biostar’s TA790XE motherboard. Based on AMD's 790XE chipsets, this ATX form-factor board is designed to support the latest AM3 Phenom II processors.
Dominate your applications and games with up to 16GB of DDR2 memory fitting into four 240-pin slots with dual channel support and 2600 MHz Hyper Transport technology for increased performance. Onboard Gigabit Ethernet LAN means that you can connect to other networked devices without running into a bottleneck.
With the Real 4+1 Phases Power Design and Biostar “GPU” Technology, overclockers will fall in love with the fabulous motherboard. On one hand, it arranges and optimizes the power saving on your system. On the other hand, it is equipped with high quality power components for lower temperature and raises the ovecrlocking ability for Phenom/ Phenom II CPU. The Six 3Gb/s SATA connectors give you the ability to store massive amounts of data locally with several RAID configurations possible for extra security and high-speed performance. Six USB 2.0 ports give you additional options in connecting and expanding your system.

Learn more about the Biostar TA790XE

Pros: It has 6 sata ports. it's easy to overclock. installed easy and in one shot. I have no complaints with this motherboard. ordered the combo with 630 propus 2.8 overclocked to 3.2 and it never goes above 47*c even under max load for an hour.

Cons: none just wish it had an esata port.

Pros: Very well made board. This is an upgrade to a miserable running ASUS motherboard. Extremely stable and loaded XP and the included drivers without a hitch. Dual channel RAM capability is a welcomed plus. I have given up using Asus motherboards with AMD CPUs, they just don't work well together. Asus is fine if you stick with Intel. This board like all of the many Biostar boards I have installed is a great performer with AMD and highly recommend. Bios setup is feature packed. There are settings for just about anything you could think of.

Overall Review: This computer buildup was only for heavy internet and MS Office use. I did not build this as a gaming machine, so I cannot comment on it's performance for that. For what it is being used for, it is the fastest performing machine I have used to date using the Athlon II X4 620 .

Pros: Great board, ddr2... which i bought bc didn't have money to upgrade to ddr3 yet, dont think its completely worth it yet. Great transfer rate, good for gaming nice sized atx board. plenty of esata, 4 pin cpu power cord required which most users have, 24 pin mobo power cord. good features. ive seen better comes with ACC for ppl trying to unlock multi cores

Cons: 1 pci 2.0 slots, the uhh cmos battery is directly under my GPU which makes it inaccessible. But is ok because it has a reset switch and power switch built into the board so not really a con.

Overall Review: None greatboard with a good cpu

Pros: I'm not sure why everyone is having issues with this board, specifically in reference to the AM3 compatibility and/or the 95 wattage limit. If you clearly read the manufacturers website, the TA790XE (this board) supports most if not all AM2, AM2+ and AM3 processors, including those running at 125 watts. Yes, that includes the newest 6-core processors. (Just flash the BIOS.) Anyway, this board is working perfectly so far. I've had for about 3 days now and no issues. For under 60 bucks, are you serious? The overclocking abilities of this thing are what you see on the $100+ boards. That deserves 5 eggs by itself. By the way, the Error-Checking with this board is AMAZING. No more listening to annoying beeps and referring to the manual every 5 seconds. This board has sets of LED indicators that tell you why the board cannot boot. Thankfully for this, I found out one of my memory sticks was dead on the first boot up in a matter of 5 minutes. Found a replacement and problem solved.

Cons: Absolutely nothing; My only "complaint" I suppose you could call it is that there is no SLI on this board, or for that matter crossfire. I would have been willing to throw another 30 bucks in just for that, but I knew what I was buying for I purchased so it's not really a "con".

Overall Review: Many features for the price and I can surely say after this experience, I will be back for more Biostar! And thanks to Newegg for the appropriate sales and shipping as always. Overall experience with this purchase: 10/10

Pros: Very Very easy install and set up for a first timer. No problems with the board what so ever.

Pros: - Price, Features for the price - Full size ATX with lots of expansion slots and sata ports - BIOS has lots of settings to play around with for this sub-seventy dollar board. - Works with my X3 435 Rana and older DDR2 value ram - DDR2 support - AMD X6 support

Cons: - None so far. It works as expected.

Overall Review: - Bought this as a quick replacement/upgrade for an older Asus board. Installed an AMD x3 435, some spare ddr2 ram, 6GB in total and a Powercolor 4830 video card. Mobo was easy to setup - manual was not as refined as other mobo's I've seen - but who cares! Was unable to unlock 4th core, but did not update bios yet, so it may have been just the reason. AMD 435 2.9Ghz overclocked to 3.3Ghz without breaking a sweat. - Recommend this mobo to anybody on a budget.

Cons: 1 PCI X16, I wouldn't be using a second slot but it seems odd on a board that has no on board graphics and could support 2 .

Overall Review: Had more trouble With Win7 HP retail, Pirated software paranoia, than anything else. I had to finally phone the Mirosoft Machine to clear it. Bought this board on shell shocker with above cpu and next day this dropped $20.00 in price, still saved a couple of bucks, but it wasn't what I would call a shock. The CPU unlocked stable, though it runs a bit hot in prime 95 on stock. I totally missed the whole ATX thing so it was march up to the cold dark, attic blow out the old MSI case and swap everything over. I forgot how much room you have in an ATX

Pros: board fired up right out of the box. system: 965 black edition cpu, 8800 GTS graphics card. 8 gigs of crucial dual channel. Goodboard for those who would like to safely try overclocking. Good basic board for someone who wants to upgrade without changing everything at once.

Cons: Not a lot of bells and whistles. be sure to update bios before putting in your quad

Overall Review: This is my first time straying away from ASUS and from Tiger direct and so far everything is a go.