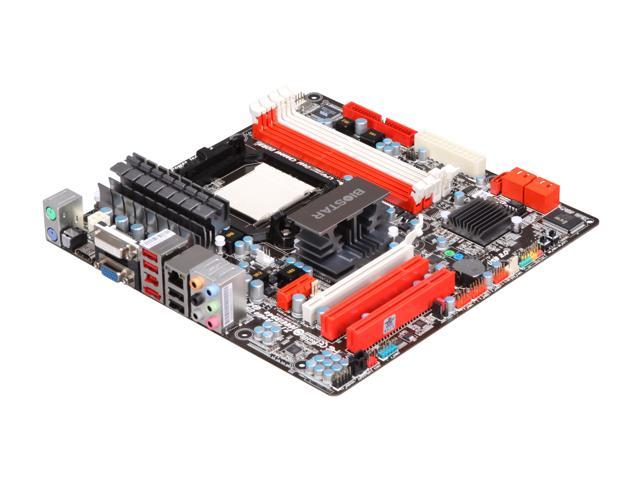 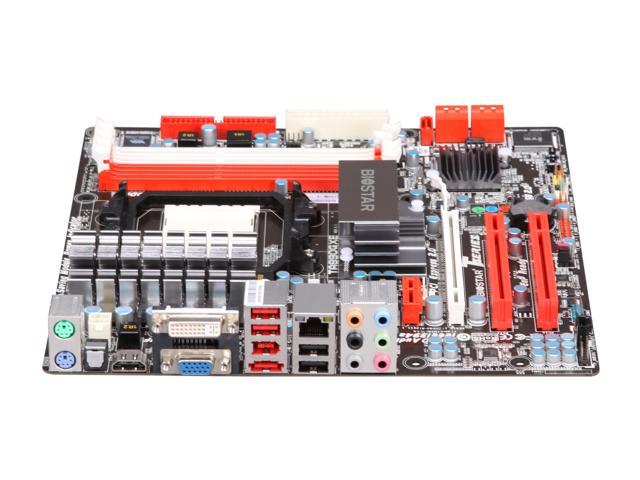 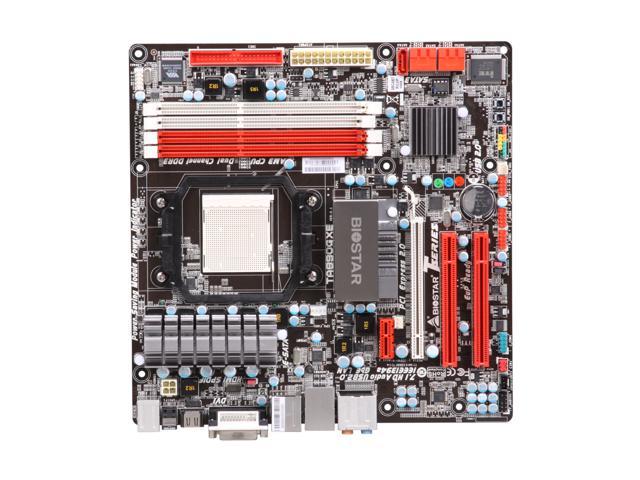 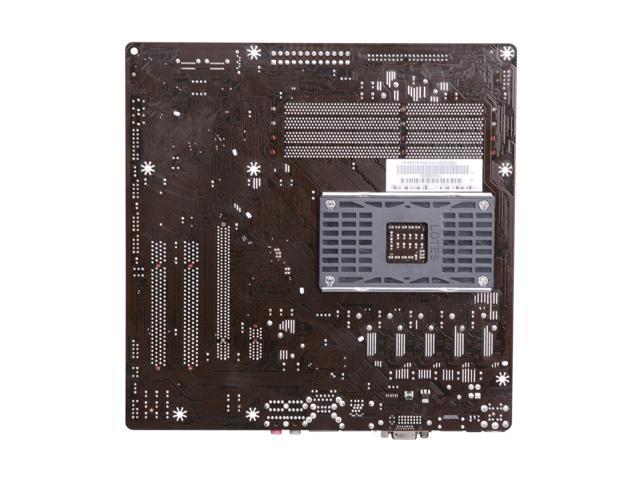 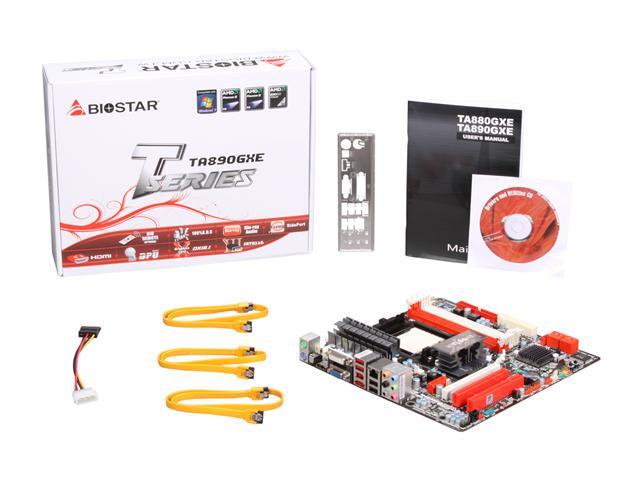 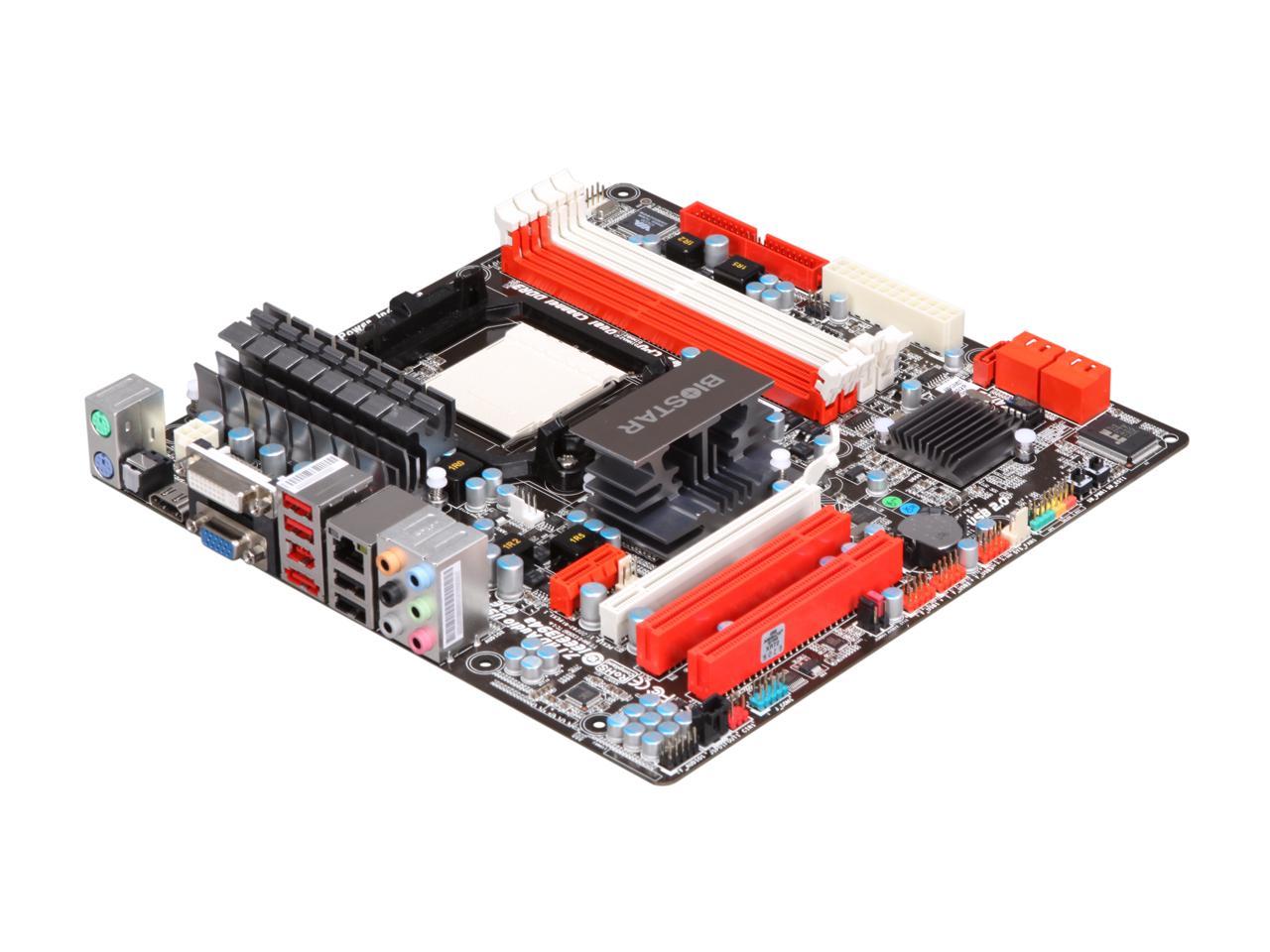 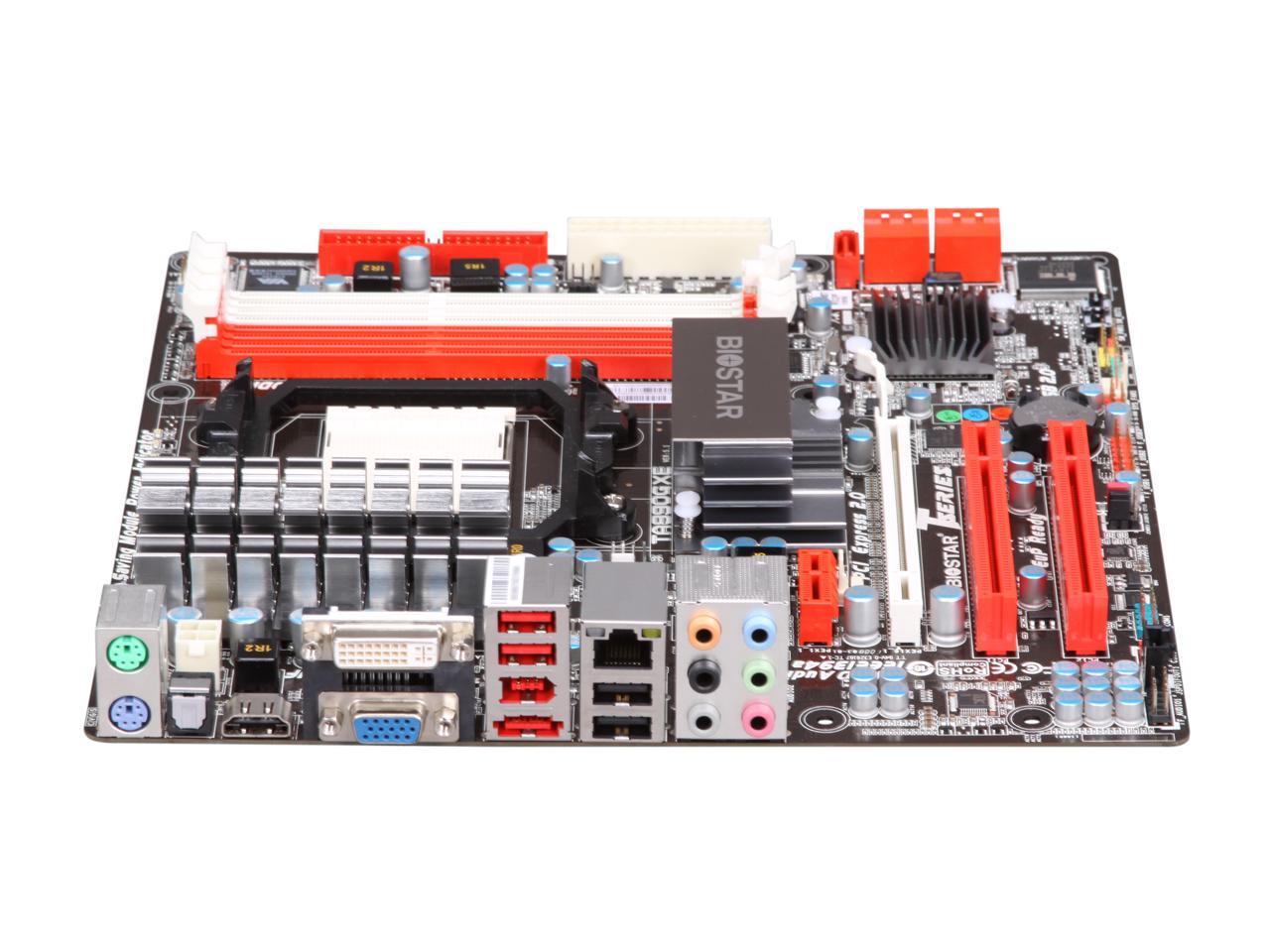 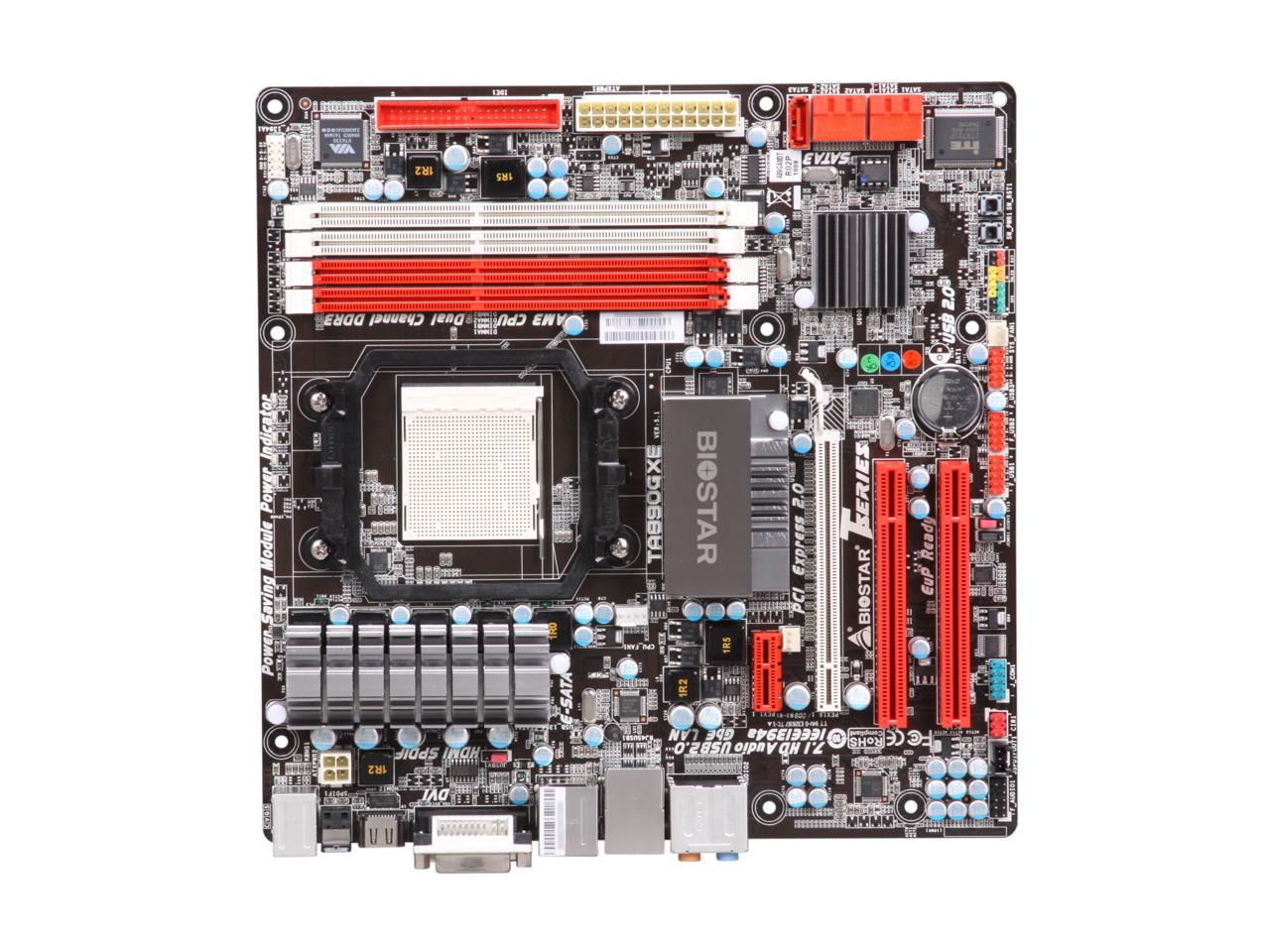 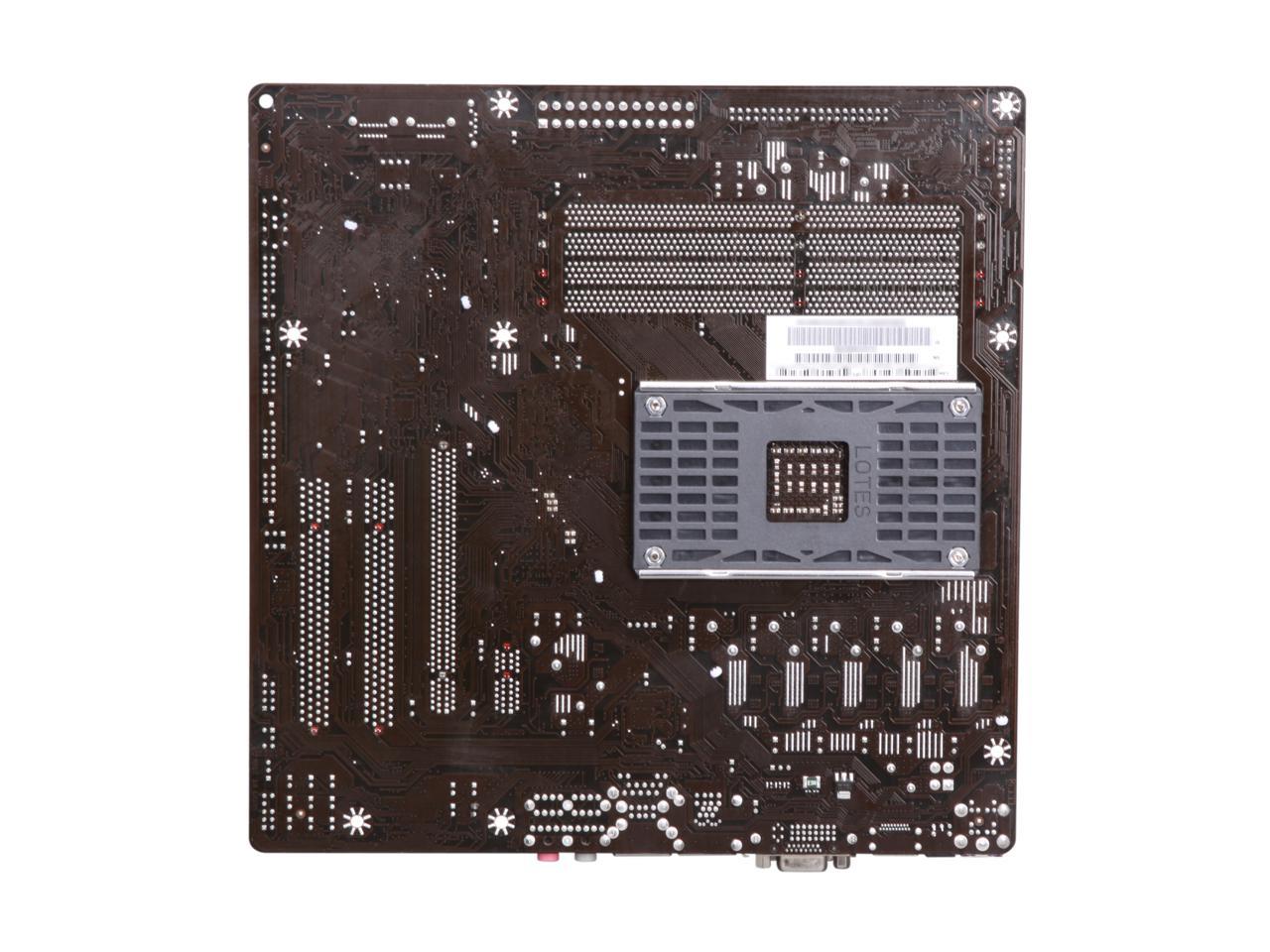 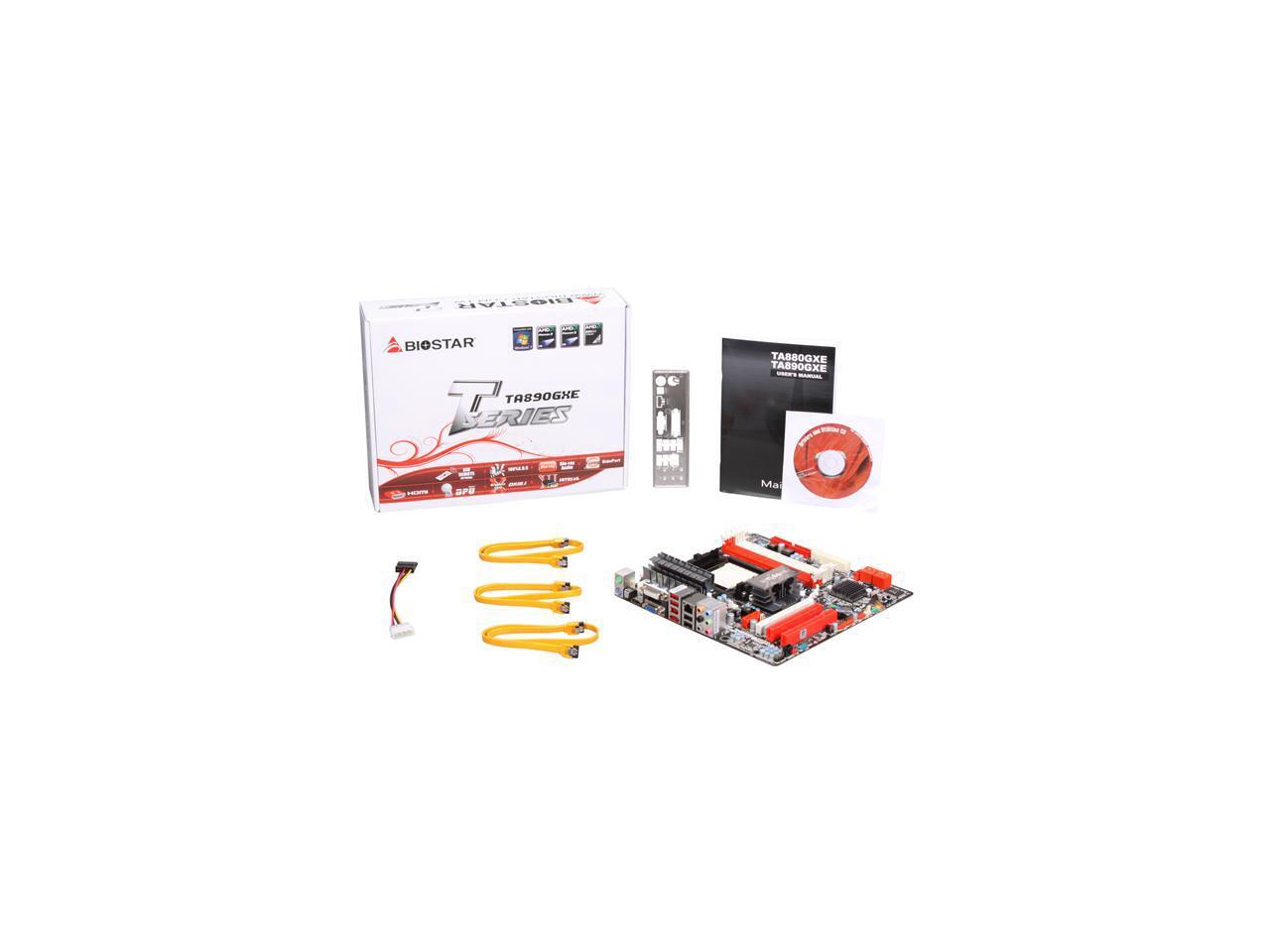 Learn more about the Biostar TA890GXE

Pros: Great build quality to the board. The new style heatsinks are very nice, and it's good to have one included on the mosfets. BIOS is full-featured and is also well set up for overclocking, and a newer version is already out with enhancements. The included manual and installation CD are very good and helped make for a quick and flawless install. Matched up with a 555 BE and 4GB Kingston DDR3-1600, it's a fast and smooth running setup. I really like it!

Overall Review: I've always had great results with Biostar motherboards, and this one is no exception! With the quality, layout, and new look; they've stepped it up a level with this board!

Pros: Nice board layout with plenty of heatsinking on necessary parts. Very easy to put together. Manual easy to understand, good software on mainboard CD. Overclocking is as good or better then Biostar's 790 series boards. Took my 550 AM3 to 4.1gig effortlessly.

Overall Review: I had some trouble with cheaper DDR3, but I'm sure it's not the board. Ballistix DDR3 works great! Also Super Talent runs good. Get one of these boards before they are out-of-stock!

Pros: Great motherboard. I have messed around with the overclocking a little and was able to get my 820 processor from 2.8 to 3.6. Nice heatsinks on the north bridge and vrms.

Cons: I had problems with the Lan connecting directly 2 of my computers.

Overall Review: I was able to connect the lan port directly to another computer or the router with out any problems. I am running it connected to the router anyways.

Cons: Not a con really but noticed about a week after installing the temp in the North Bridge was reading 98 degrees Celsius. Started watching and it always was off while CPU temp stayed normal levels. Not sure if this was a QC issue or an artifact of unlocking the additional cores on my CPU, but does not effect system performance so not worth RMA'ing.

Cons: If you are using Linux, do not mix SATA III and SATA II drives with this MB. It took me too long to find out why I was having problems with my drives. Long enough, in fact, that I went past my 30-day return time window for returning the MB. Finally, I am down to using just one 1TB SATA III drive because the MB was so flakey trying to handle a mix of SATA III and SATA II. On reboot it wouldn't see the SATA II drives, or not boot correctly from the SATA III...or suddenly generate lots of errors on the SATA III 1TB drive. Tried flashing the BIOS twice with latest. FYI: the SATA III is a Western Digital Caviar Black WD1002FAEX 1TB 7200 RPM 64MB Cache SATA 6.0Gb/s...and performs wonderfully when the MB lets it. Replacing with MSI 890FXA-GD70 AM3 AMD 890FX SATA 6Gb/s USB 3.0 ATX AMD Motherboard.

Pros: Has all the basic pros with chipset and additional connections on back. I like that the Sata connectors on the board are at right angle as I put in a HD5870 that goes over the top of them.

Cons: I received the 5.0 version of this board. If you get this version do your self a favor and send it back immediately. I had to have a PS/2 keyboard just to get into bios as it didn't support USB until you did a bios upgrade. Seriously with as mature as that functionality is no board should ship that way. Also the ability to control fan speed via the bios (or from OS using fan speed) is disabled. The only option you have is to turn on/off smart fan. When I connected additional 120mm case fans it would just run them at max rpm no matter what I did. Extremely disappointed in this. The bios update did not fix the fan control issue. I just got lucky that it happen to run the H50 motor at the correct speed. I'm only keeping this board as I need my primary system up and going. As soon as there are better boards out with this chipset and form factor then this one is getting tossed.

Cons: Didn't include proper drivers for Raid. The box appeared to have been opened, but the board itself was sealed. When I attempted to load the Raid drivers, the Win7 setup rejected them. I went to www.biostar.com.tw, but the download link was offline. I had no choice but to setup as a non-Raid system.

Overall Review: Unreal super high performance with a 3.2Ghz 4x Phenom, Windows 7 Ultimate x64 and 8GB of Crucial Baliistix. System was built as a trader training system, but with a proper video card it would make a super gaming system. I've used Biostars before, and will again I'm sure. They've become my goto board.

Pros: Solidly built, nothing was loose on the board. Looks great! Power and Reset buttons built into the board

Cons: Cons, oh yes the cons. First off yes the version 5.0 and 5.1 both do not offer full USB support without a flash of the bios. You can bypass the keyboard issues with a USB to PC PS2 adapter, they go for roughly $.99 to $1.99. However, you can not flash your bios via USB without first flashing the bios (Redundant and not very smart I know), meaning it has to be done through windows...... The other fault of the board is how hot it runs, even though it has solid looking heat sinks there are no heat pipes connecting them or active cooling (fans) to dissipate heat.

Overall Review: I have used two of the boards one was used in a co-workers build, the second was RMA'ed since there was no way to support my X6 1055T without an X2/X4 CPU to boot into windows. I suggest if you do decide to order this board, be ready before hand if you plan to run an X6 have an X2/X4 on hand, as well as the USB to PC PS2 adapter as mentioned above. If you do not plan on OC'ing without superior ventilation and cooling you should probably consult other boards, however it is fine for the average Joe. Lastly I have seen many extreme OC's out of this board, its just a shame theres so many hoops you have to jump through to get there.

2 out of 7 people found this review helpful. Did you?