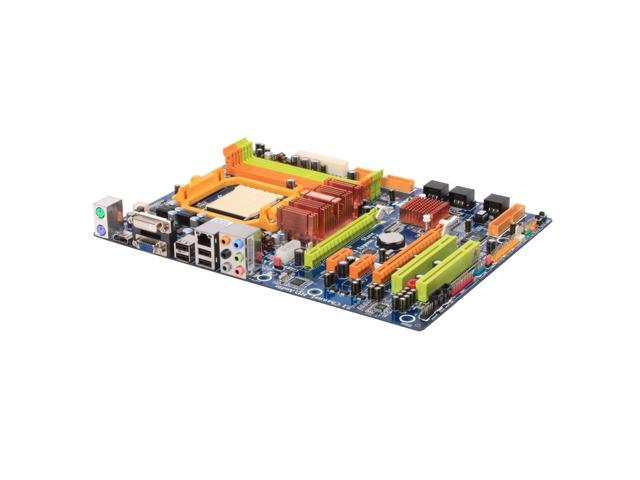 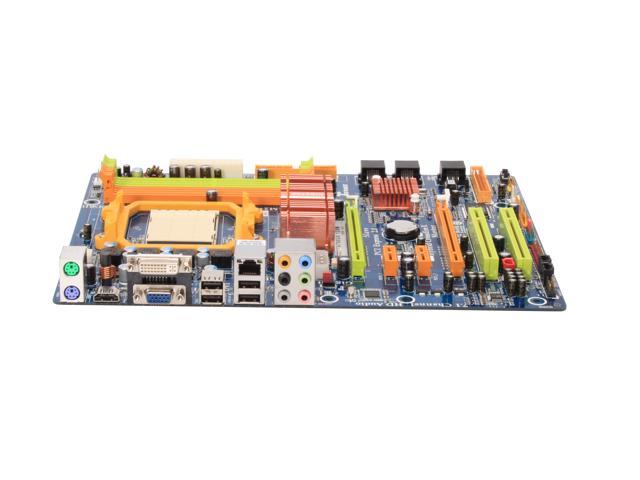 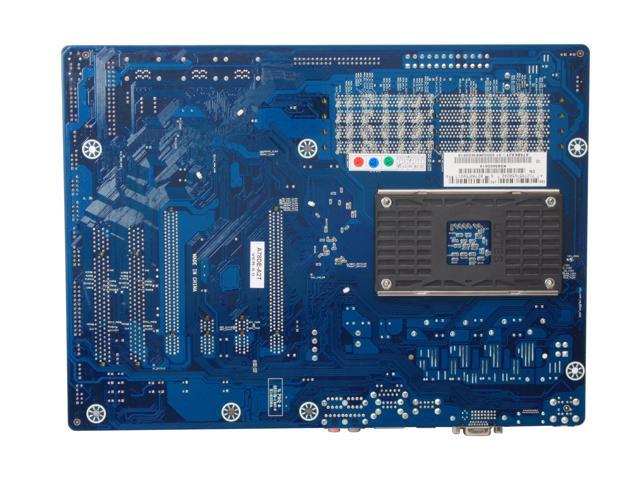 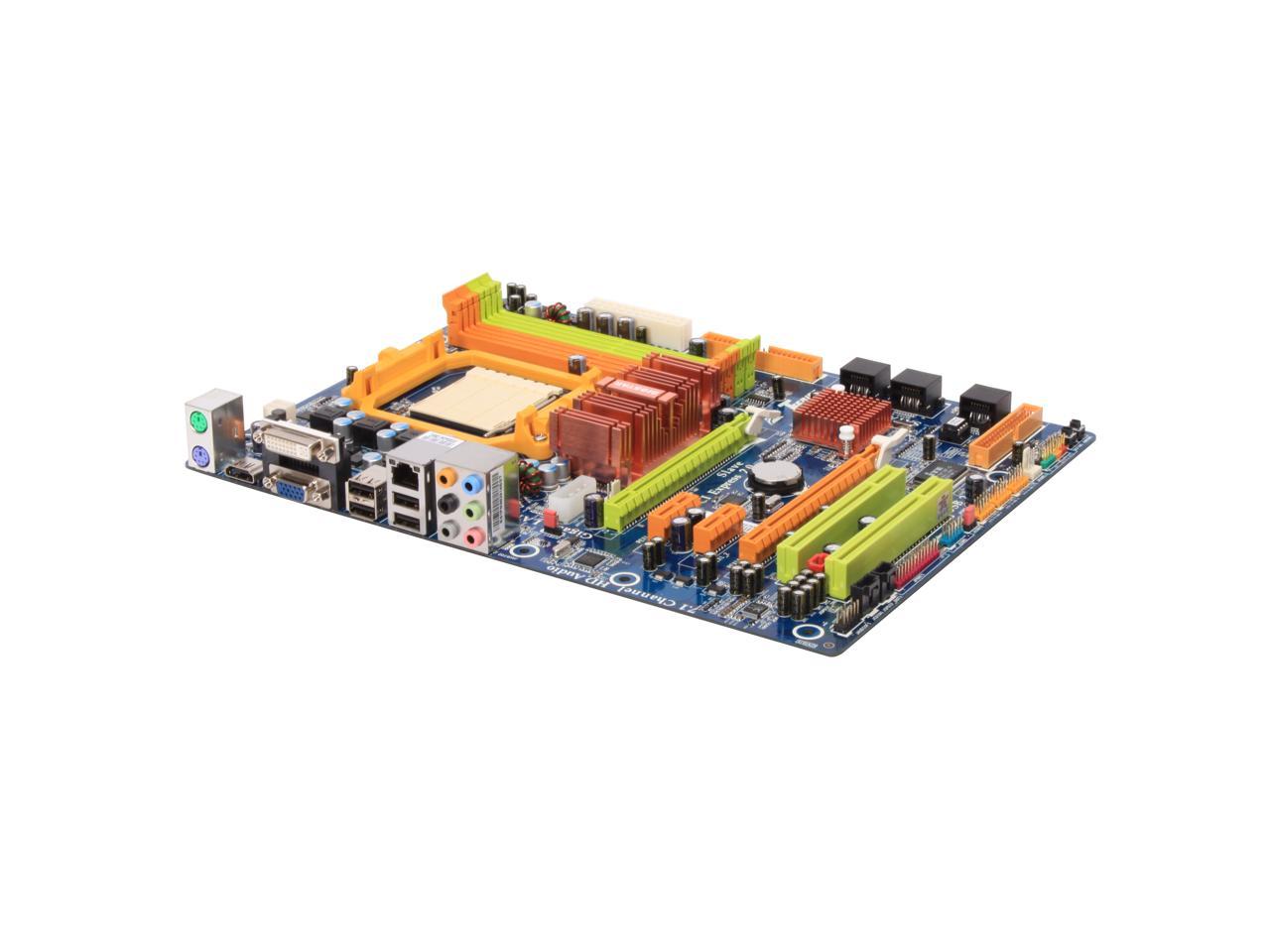 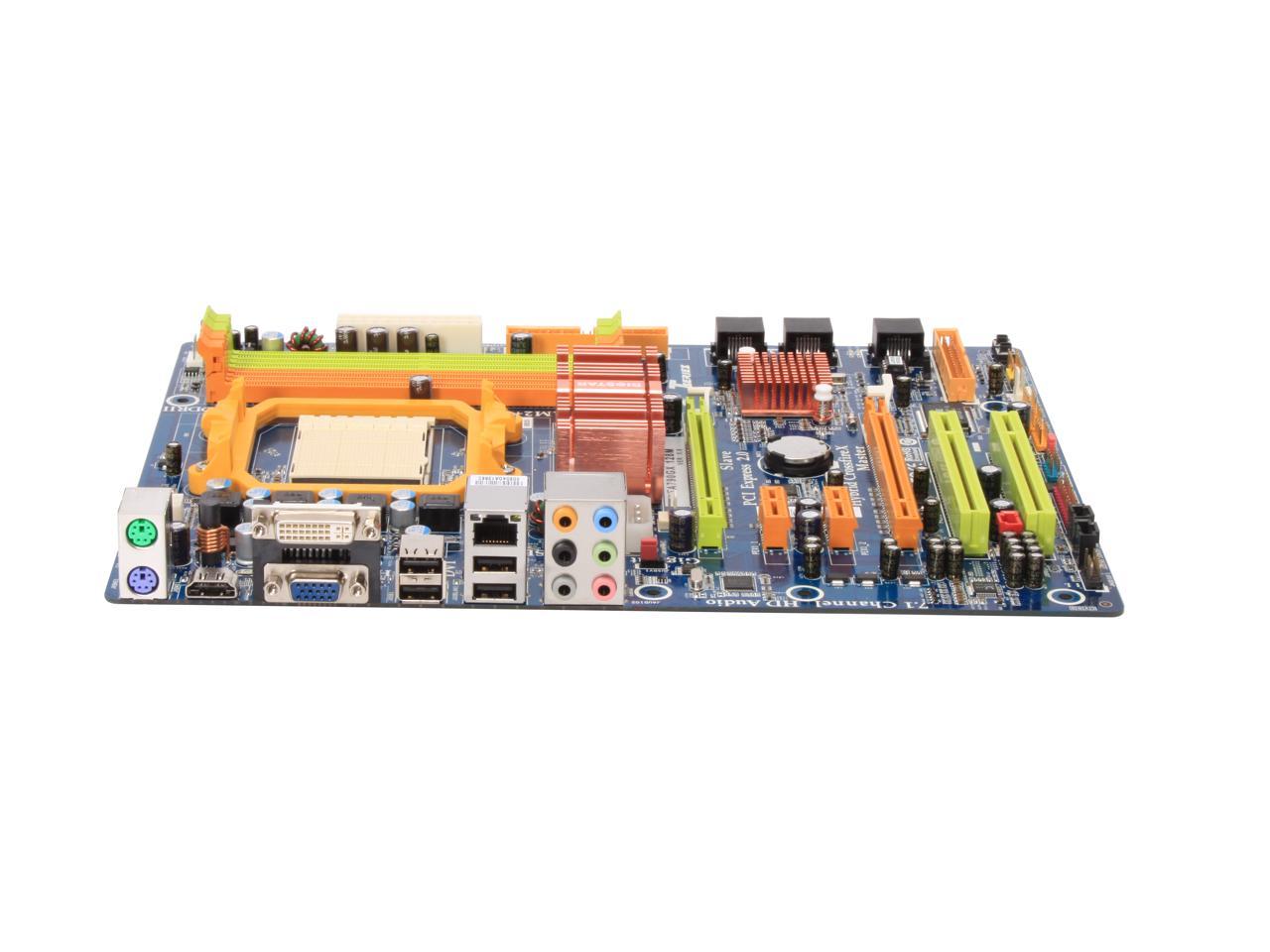 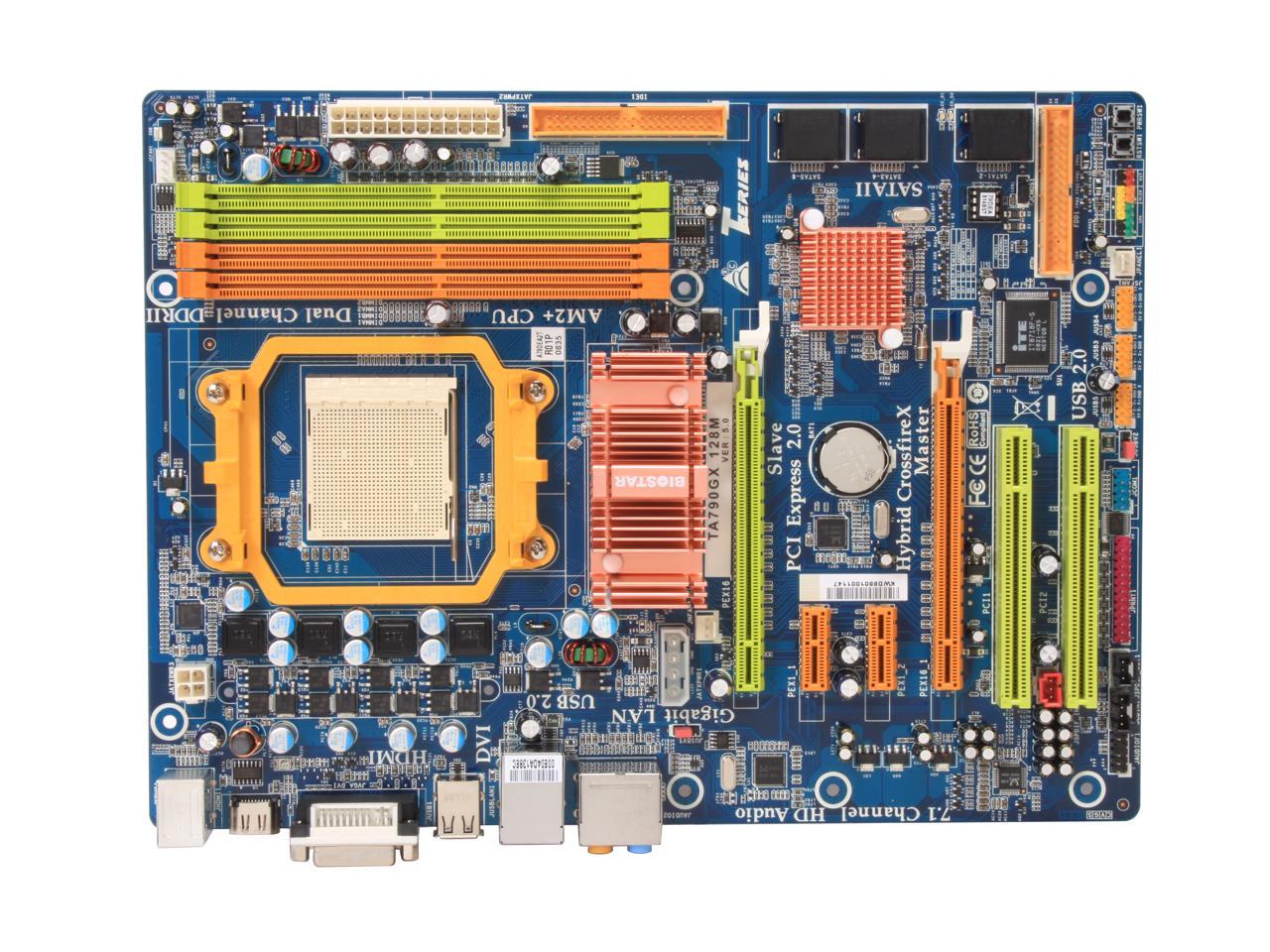 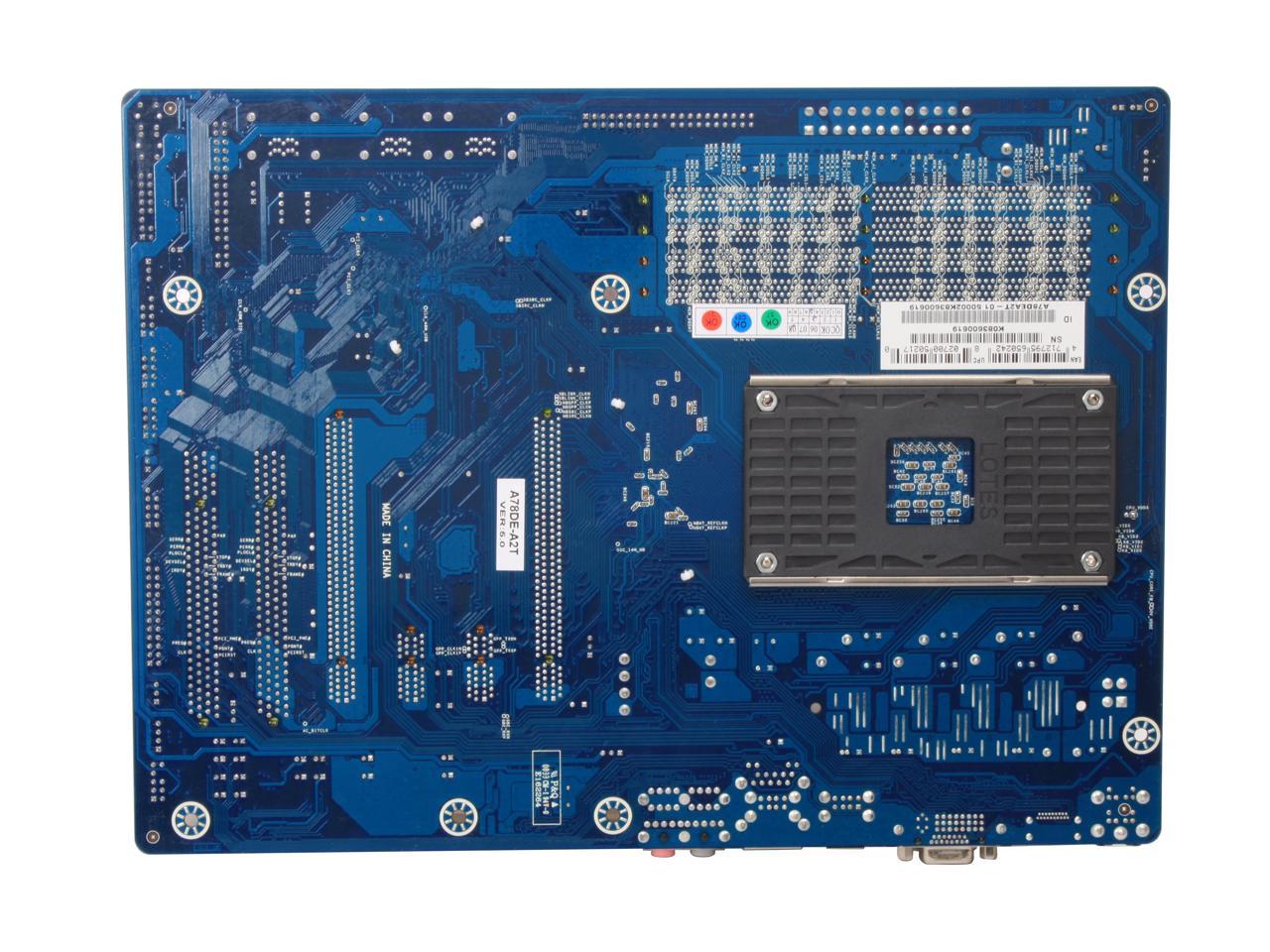 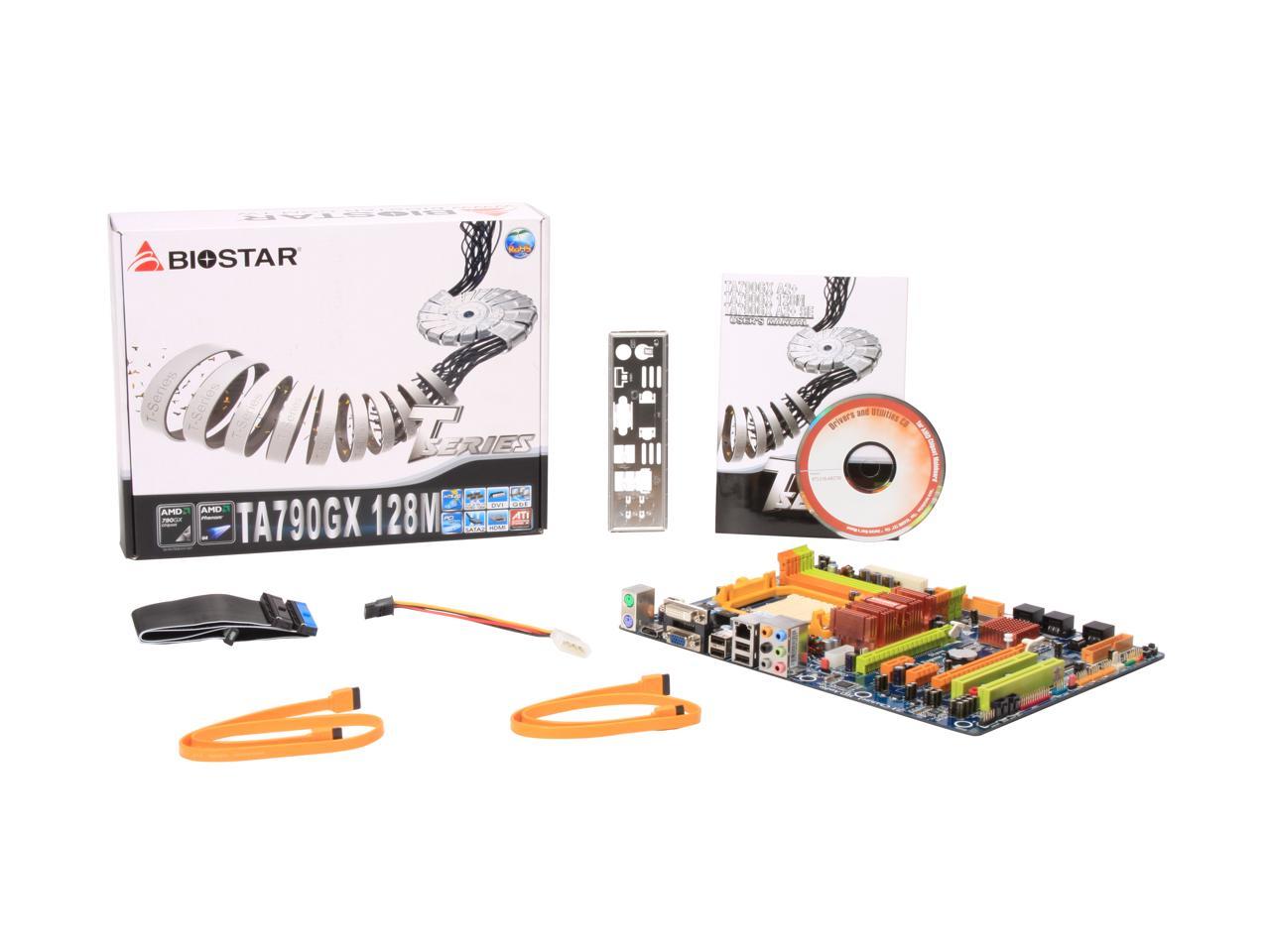 (309) Write a Review
See more "socket am2 motherboard"
OUT OF STOCK.
Overview
Specs
Reviews
Get more for your money with the TFORCE TA790GX motherboard by BIOSTAR. This ATX board supports AMD's Socket AM2 and AM2+ single- and multi-core CPU's including the Phenom, Athlon 64 X2 and Sempron processors. Install up to 16GB of DDR2 memory with dual channel support to power through complex operations. Hyper Transport 3.0 technology massively increases the CPU bandwidth at lower power levels for cooler operation.
The board features the AMD 790GX chipset with an integrated ATI Radeon HD 3300 graphics adapter. Two PCI Express 2.0 x16 slots support CrossfireX technology to deliver maximum horsepower to take on any graphics challenge. It supports HDMI output – letting you display your video on any HD flat-screen television. The onboard audio chipset delivers 8+2 channels of sound to enhance your viewing or gaming experience.
Besides the two PCI-Express 2.0 x16 lanes for the CrossFireX video, there are also 2 PCI-Express 2.0 x1 and 2 PCI slots providing the flexibility for further system enhancements. Storage won't be a problem with six SATA 3 Gb/s connectors. Four USB 2.0 ports allow you to attach peripherals and integrated Ethernet lets you connect to a home or business network.

Pros: Great board. Loads of options in the BIOS. Everything worked like a charm, straight from the initial installation. Even with mismatched RAM (before I got my PI Blacks), everything ran smooth as silk. On stock cooling, I was able to overclock my x3 720 to a max of 3.888ghz. We'll see what I can pull off with a Core Contact.

Cons: None that I've seen.

Pros: Board installed easily and accepted my Phenom II x3 710 with no problems at all. The bios shows that it's very easy to overclock, with good automatic overclocking features that I haven't tested yet. The 2 nVidia graphics cards that I tested in it don't seem to run at full potential and the biostar technician that I talked to said that it's either a defective card (8800 GTX and 6800GT) or that the PCIE slot was defective. I'm going to vote that the cards are bad, and switch to a Radeon 4850 here soon. The tech support was very quick with responses. The onboard LED indicators show exactly what's wrong when you boot, if anything (VGA error, memory, or CPU). If both are on, you have 0 errors. The board is a little smaller than my previous one, a gigabyte NF4 which may be a pro for some people. It runs the processor at 20C idle, and the system stays at 22C idle. I can't wait to OC this thing! Very sturdy and durable motherboard. Cons became minor problems The manual is very info

Cons: THE PCI-E MASTER SLOT IS ON THE BOTTOM! My big graphics cards block 1 of 2 regular PCI slots! I can only put my soundcard in next to the master video card, and they are VERY VERY close together. It worried me a little, so I moved some fans around in my case. 6 Sata slots, but they are facing the front of the case, which I don't personally like, but some people may. (It will keep the wires towards the front of the computer, away from the mobo, if wired correctly. The driver CD that was sent won't read on any computer I put it in, so I can't use any of the programs that came with the motherboard until I return or get a new disk. The power HDD, +/- LED, reset and power buttons aren't color coded correctly but the book has everything on the motherboard labeled correctly.

Overall Review: I torched a 500W PSU and an old IDE Hard drive while messing around with all of my graphics cards and wiring options, but it didn't hurt the mobo at all. The capacitors claim to have 6.5x the life of regular capacitors, which I'd believe after that little mishap. Only 3 fan slots exist on the motherboard (1 CPU fan, and 2 regular fan slots.) Which bothered me a bit, because they are spaced out and the 3rd, at the bottom, is located behind my sound card. All in all, I beat this thing to hell the first day I had it, and it took everything I threw at it and still booted properly. I never hurt the CPU or anything electronic on the board. Onboard graphics saved me while I was messing around with my graphics cards, but for someone without a VGA adapter you might be a little lost if you have the problems I encountered. Good board, good buy. Thanks biostar and I hope your board lasts me as long as it claims to.

Cons: No expand bracket with RCA out for integrated Digital Audio. No explicit or clear instructions on getting the most from HDMI Audio.

Pros: -As many ports on the back as you would need -Works with an IDE Boot drive (someone below said it didn't) -Easy to understand manual -On board Reset and Power switches

Cons: -The little blue card you are supposed to put in the 2nd PCIe x16 slot to make the first one PCIe x16 2.0 made it so my computer didn't boot. Removed it and it worked flawlessly -The 2 red LEDs on the motherboard when I turned it on scared me, but they just mean that it is working properly (if both are on)

Pros: I put it in my computer and everything worked fine. i also got the phenom 9850 black edition. it overclocks very nicely. better buy than other similar boards.

Cons: only x8 when using crossfire.

Pros: For the price this is a nice "gets the job done" board. Very good bios adjustability for my AMD "black" 2.4 triple core. Overclocked to 2.9 it runs at a steady 33C and only achieved 52C at this setting on a 100% cpu load 1/2 hour test! Stock graphics and sound arent bad either for the price.

Cons: Plug-ins for the SATA are not pointing to a favorable position, yet if u had 10" fingers and x-ray vision the lower ones would be way more accessible. lol.

Pros: Everything seems to work except when I make an error. Hard to make errors. Very simple, quick, and easy to build a working computer with this board. Fast to boot up

Cons: When first turned on the initial "system temperature" is a few degrees lower than the room temperature. Picky picky picky.

Overall Review: This was my first build in 8 years. It was so simple next to the "old days." My retired (6 year old) computer was purchased for less than I could buy the parts and software for. I had upgraded memory a few times and had a good video card. Intel no longer made compatible processors. My new machine is faster. I could have lived with slow a little longer but there was no upgrade path. With this motherboard it may take many years to run out of upgrades or even find out what it will do. BE X3 720 onboard video 4 GB G.Skill DDR 2 800 5-5-5-15 XP 1 WD hd Antec 380 w 80+ Some may think this is lower than needed but it runs this system with no problems.

Pros: Awesome. It has all three video outputs, hdmi, dvi, and vga. Board came with an up to date bios. The onboard video is good enough to run anything in compiz in linux smoothly. Over clocking is noob friendly. Everything is written on the mobo so installing everything should be a breeze.

Cons: Can't use the different video outputs for multiple screens. Only supports one pcie 2.0 video card at x16, the other one runs at x8. Only came with 2 sata cables.