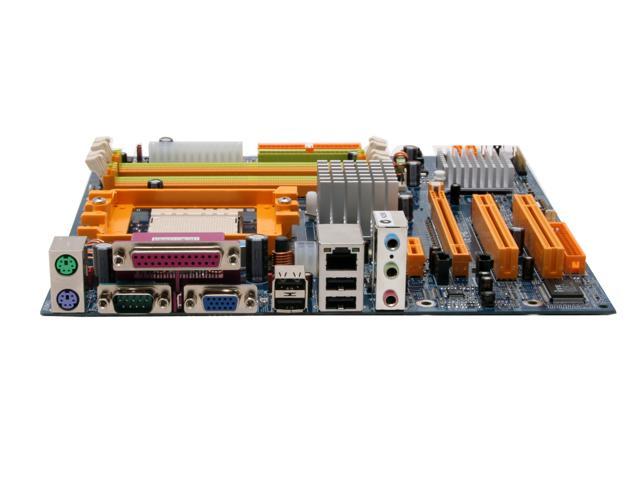 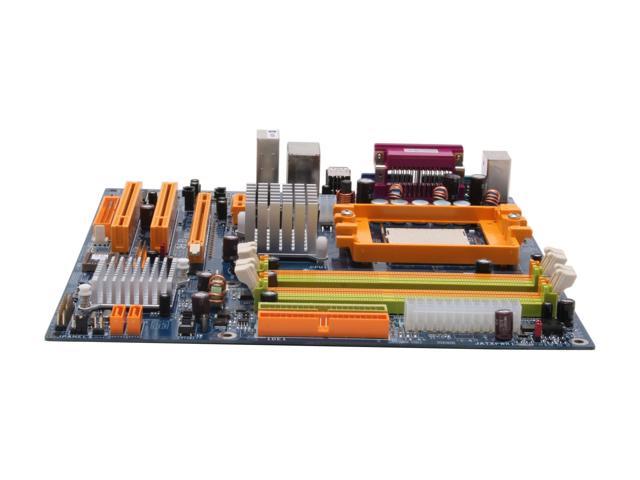 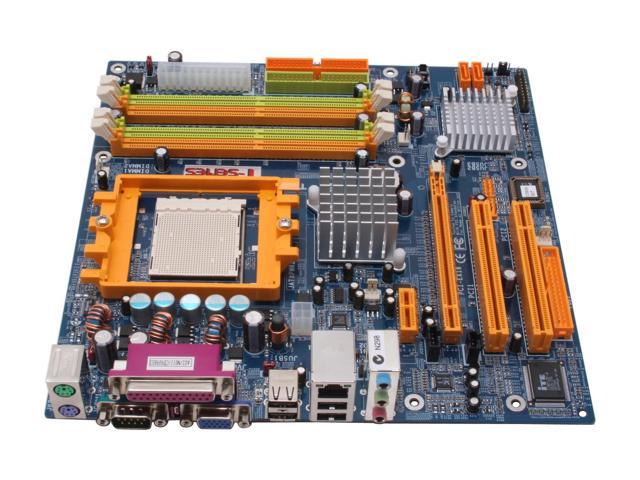 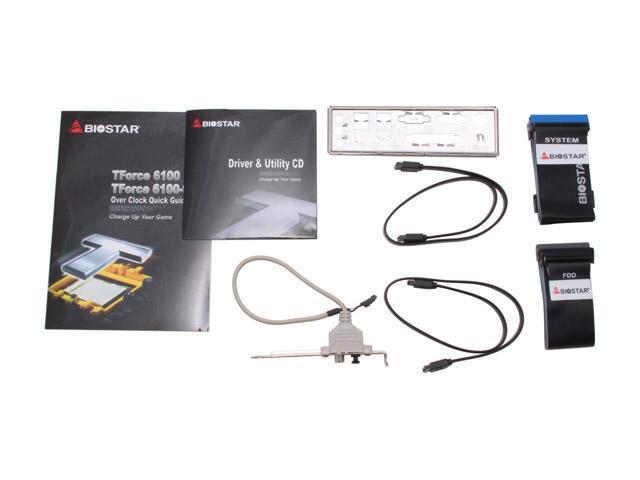 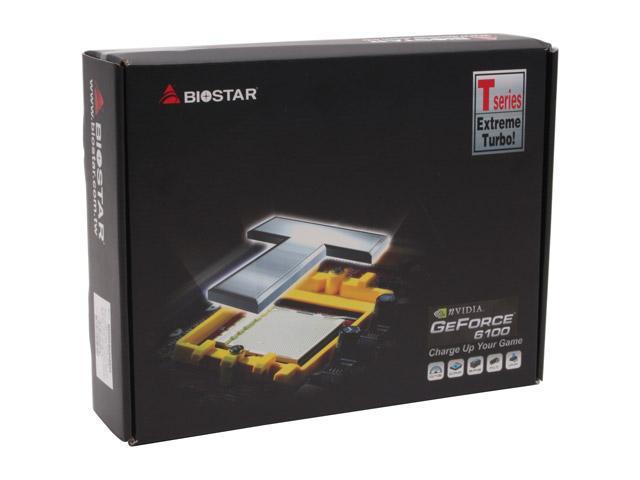 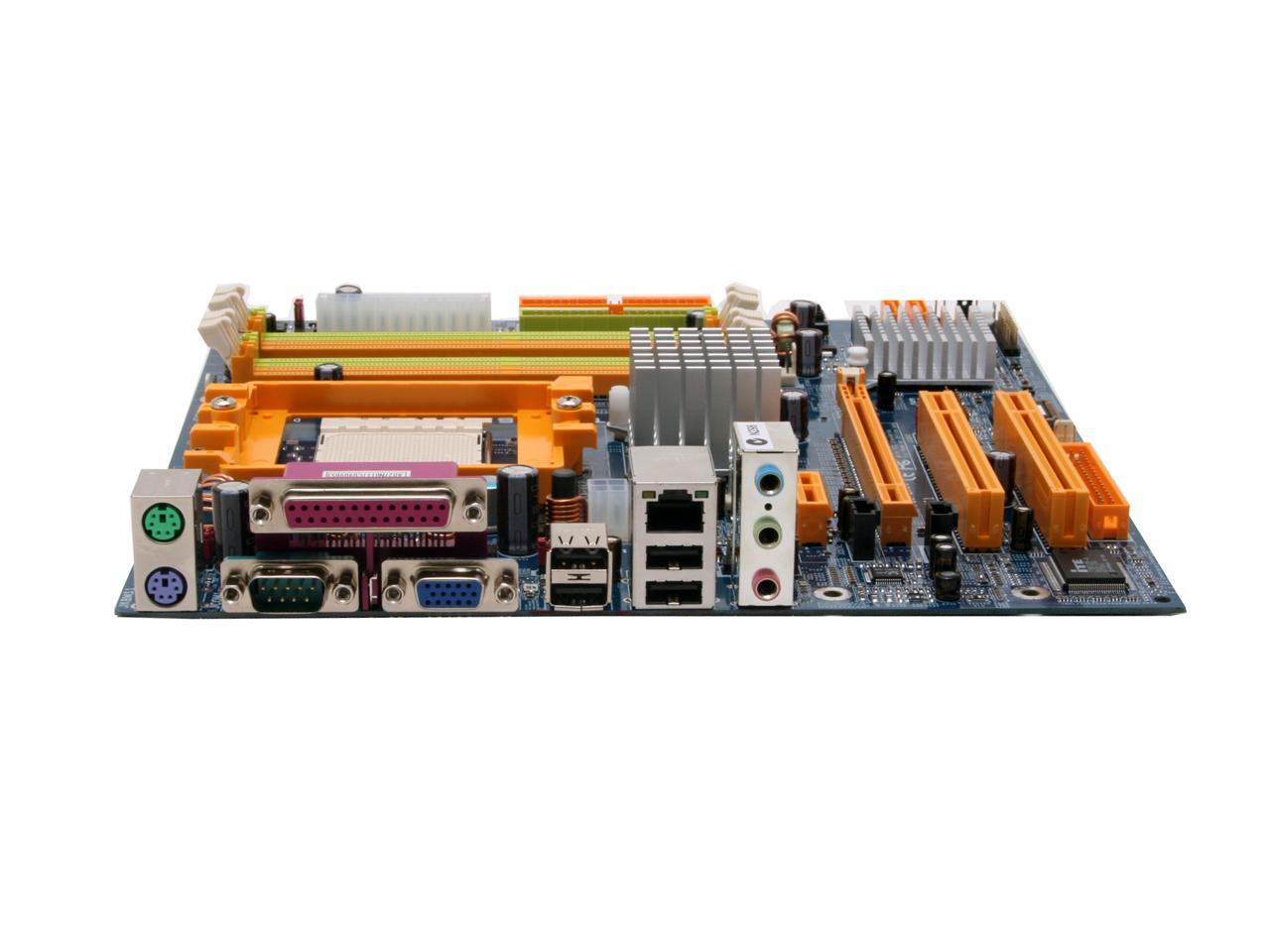 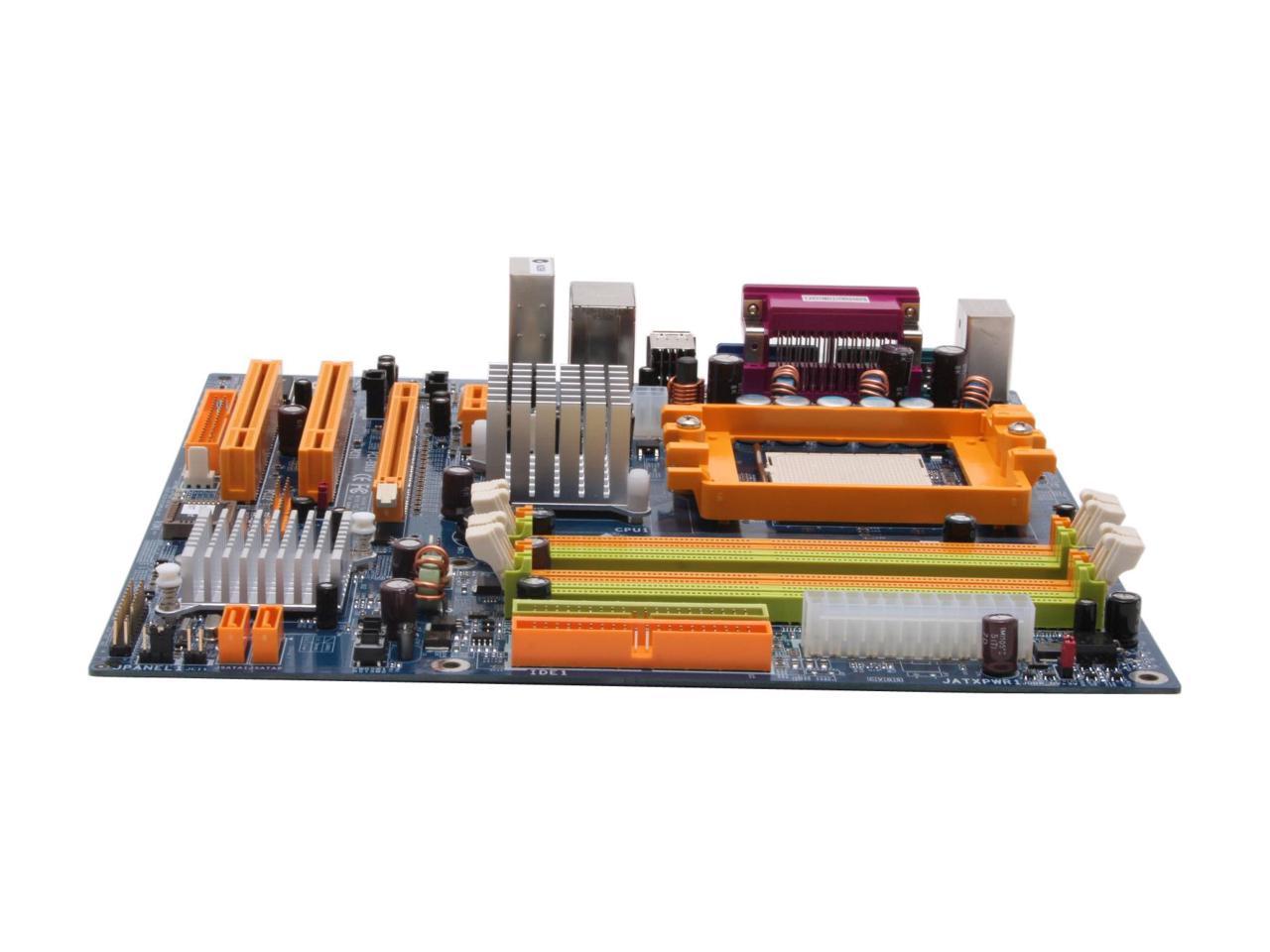 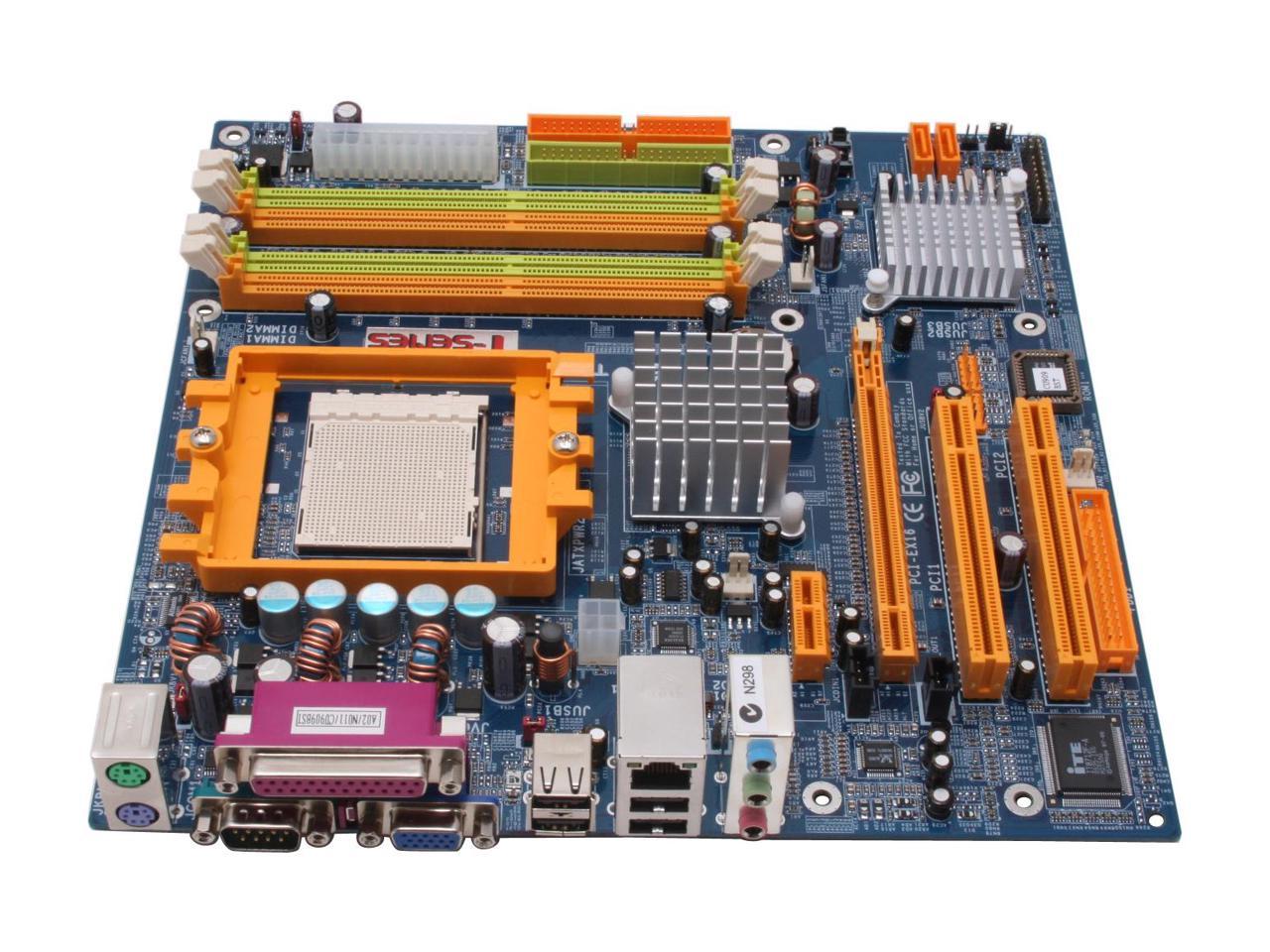 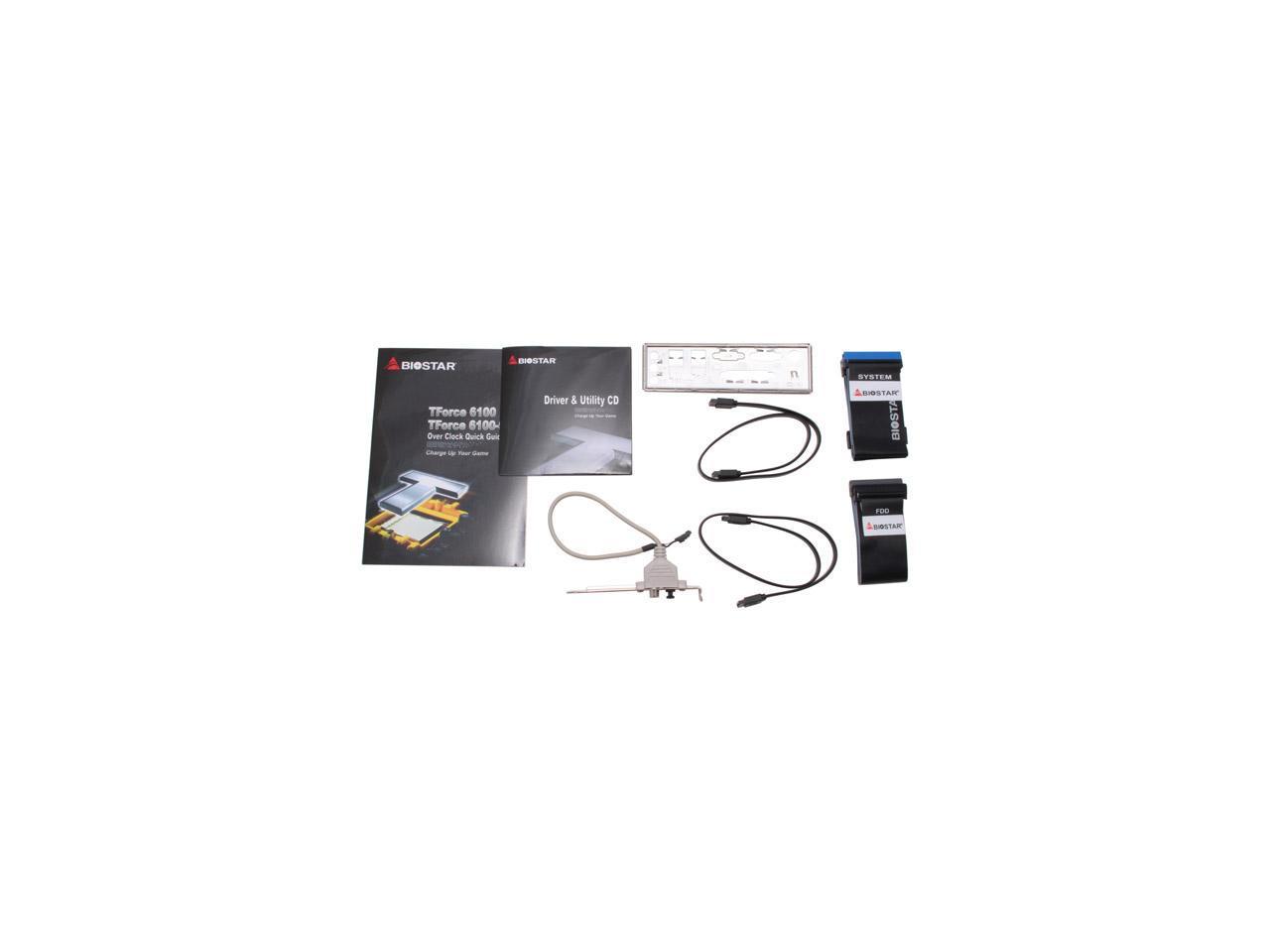 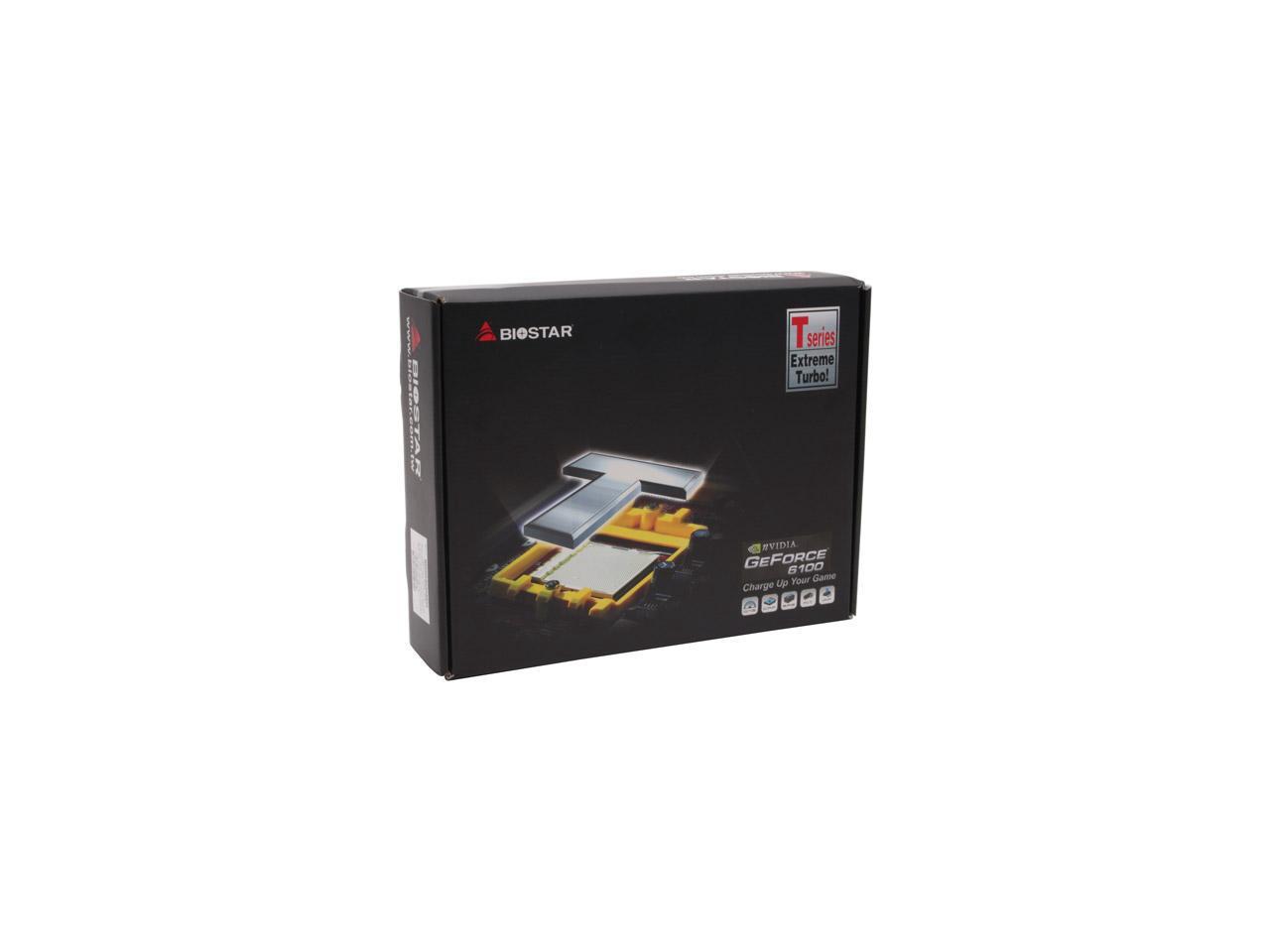 (419) Write a Review
OUT OF STOCK.
Overview
Specs
Reviews
The BIOSTAR TForce 6100-939 motherboard delivers the superior performance you expect from NVIDIA for an incredible PC experience with power from the GeForce 6100 GPU and NVIDIA nForce 410 MCP. Industry-leading features including DirectX 9.0 Shader Model 3.0 and NVIDIA PureVideo capability, 6-channel onboard audio, 8 USB2.0 ports, plus massive storage capacity through the nForce 410-supported array of 4 ATA-133 and 2 SATA ports allow this adaptable card to give your AMD Socket 939 desktop system the flexibility and power it needs to conquer any task. Biostar even includes an overclock quick guide in the TForce kit - a real surprise for a Micro ATX board with integrated graphics. What's more, the available options in BIOS are a lot more than what many will expect for a Micro ATX/Integrated Graphics board, and includes an Integrated Flashing option so that you don't have to load DOS or Windows to flash the BIOS.

Comments: First you guys that are having trouble with dual channel. The directions are wrong. You need to put your DRAMS in every other slot like all NVIDA boards. This board runs dual channel GREAT! Secondly, if you want to up the FSB you have to drop HTT to 4 due to Hypertransport limitations. i.e. 1000 is the MAX well you might squeeze a little more than that ..but why? Finally get yourself some good tools to work with. Download CPUZ or SiSoftSandra to check the freg your memory is running at. The memory op speed is a function on the CPU mulitplier or the Hammer as this BIOS calls it. Example if your CPU mulipler is 11 and your FSB is 250 then set your Mem. Freq to 200. You'll get DDR 500 1 to 1 if your memory can handle it. Otherwise the memory dividers will start auto kicking in. Also you guys running 4 DRAMs no board will do 1T with 4 slots running. My Sytem: 3700 SD core @ 2.75 vcore 1.52(mine under volts pretty badly get CPUZ or something to check with or the hardware software shipped with the board isn't bad) 1 gig Ballistix DDR 500 Connect3D 800GTO (unlocked to 16 pipes 540/570) 2 80GIG Hitachi SATAII in RAID 0 350 Watt MATX power supply el cheap case I'm still freakin' out on how little this set up cost compared to how fast this baby is! I'm just a whisper under FX-57 performace and this entire system cost less than 2/3 of the price of that chip. AND IT ALL CAME FROM RIGHT HERE AT NEWEGG!

Pros: -Onboard video and PCIe X16 slot. -Good overclocking features for a mATX mobo. -onboard power and reset switch. -integrated bios flashing utility in the bios. -Good performance and stability

Cons: -Biostar went with the cheaper 6100/NF410 chipset instead of the faster and more featured 6150/NF430. This means you won't have gigabit lan and limited to 2 SATA drives, etc. -Location of the floppy header... as if anyone still use those things ;) -cheap onboard sound.

Overall Review: It gets a 5, since you can't give 4.5eggs. Built with an Aspire X-Qpack, 512x2 OCZ value, AMD64 3700+ SanDiego, 7800GT CO, Audigy2, zalman 7000cu. I put this system together mainly as a 2nd gaming machine, and doubles as a HTPC. This mobo is a decent platform to build upon. It has most things one need onboard, albeit in only passable quality. Given the price of the board, it is hard to fault BioStar for going with the cheaper sound and graphics solutions. This is easily rectified with adding on better components if one feels the need. Stands somewhere between mainstream and enthusiast boards. Good board for the money.

Comments: This board runs fast. Must update BIOS in order to get any good HTT above 230. Once flashed, this thing has no limit. Got an Athlon64 3000+ overclocked to 2.6 with generic RAM (must play with timings). The overclocking features on this board are top notch, but it's the additional components on the board that make it stable. Just compare pictures of this and the Biost@r 6100-M9. Extra caps, regulators, 4 total fan headers etc.. This is a board likely to put Biostar into a new class. SPECs: This board (BIOS B02) A64 3000+ @ 2.6, 1.45V Generic Ram Newegg

Pros: Maybe I'm just a noob, and I'll accept that. But since building computers since 1988 and dealing with many different mobos, I have to say that this mobo rocks. STABLE as a rock. Did I stutter? nope. I love its size (fit inside my aspire q-pack nicely) and versatility. The auto overclock mode is awesome. It puts someone like me. who doesn't normally overclock, at ease. I have an athlon64-3200 overclocked to 2.4ghz using the V8 mode in the bios. even an expert will like its manual overclocking. I wanted a small mobo with power and I got it. This will last at least 2 more years.

Cons: no firewire, no 430 southbridge with firewall, no azalia. but hey! everything else makes up for it.

Overall Review: becareful not to use the BIOS live update. It almost messed up the mobo. It wouldnt want to read my ram correctly afterwards. Luckily I backed up original bios. Instead download bios directly from biostar website.

Pros: Great features: -bios has endless options like no other microATX boards that I've seen to date. features allow you to setup your system to max performance and can also save numerous full bios setting profiles. -I like the layout and colors of board and looks and fits real nice in my aspire Qpack. -has really nice heat sinks for n/s bridges that allow good passive cooling. -excellent fan control in bios controls noise real nice -power and reset buttons on board come in real handy while testing. -built in bios flasher works perfectly, I recomend getting latest bios version.

Cons: The only things I didnt like: -Short manual, you need some good computer know-how to really get the most out of this board cause the manual just scratches the surface. -no firewire, pci card was cheap but I lost 1 of the 2 slots to this. -only 2 plugs for SATA drives -windows overclocker needs some more work but nice for entry level user. -board should allow you to load RAID drivers, when installing windows, from a thumb-drive, I had to hunt down a floppy drive after I had no success.

Overall Review: I have this board runing a X2 3800+ right out of the box and within 15min had it at 2.4Gh with perfect stability. This is the microATX board to buy for a performance AMD system, you wount be disapointed.

Pros: I bought this board in 2005, yet, it still works till this day, Sept 23, 2013. It used to be my counterstrike 1.6 computer and i left it on 24/7 for 2 years. Now its my office computer and it boots up every single time. Paired with WD black 640gb and corsair pc3200 1gb ram, it runs xp right. But now the firefox and chrome take a lot of processing power, so its kind of slow somewhat. This board allows me to slightly overclock and i believe this board has been a very good solid board, only just getting more ram for it makes it expensive to maintain these days. Works great and its been a good performer for what i needed it to do.

Cons: There is no support for Win9x!! I should have checked first, but it didn't occur to me, since I have never seen a piece of hardware without any support in 9x. I can boot into it, but could not get any hi-res video/usb/ethernet.

Overall Review: Even though it surprised that is board has no drivers for Win9x, it still gets 5 stars because it's an overall excellent board in Linux. Who cares about 9x anymore..

Pros: Nice bundle - comes with all cables needed to make a basic rig. Design seems well thought out. Easy to get together with clear instructions. I'm not overclocking either rig but it looks like ther might be some potential based on the included features and software.

Overall Review: I've built two seperate computers utilizing this board and I could not be happier. Solid performace with a 3000 Semperon and 3200 athlon 64 - built in graphics are not super dooper but will let you play most games ok that can utilize 128mb vram.