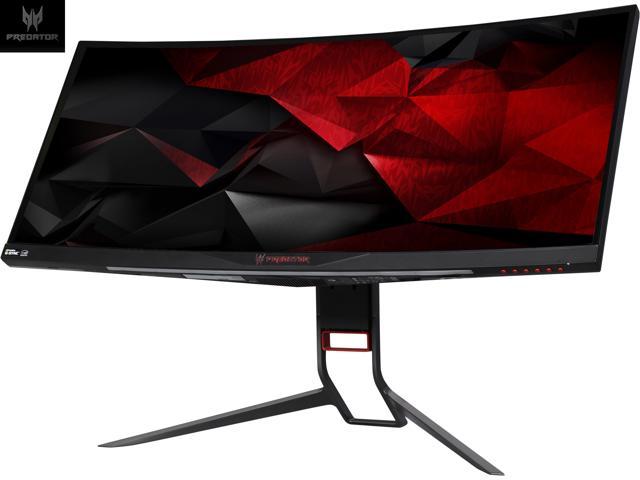 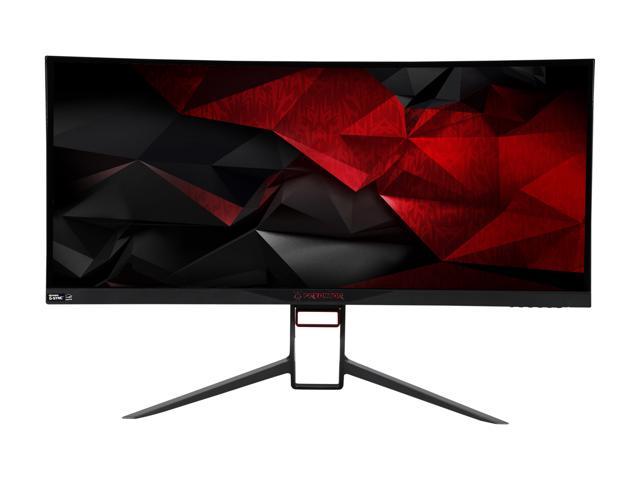 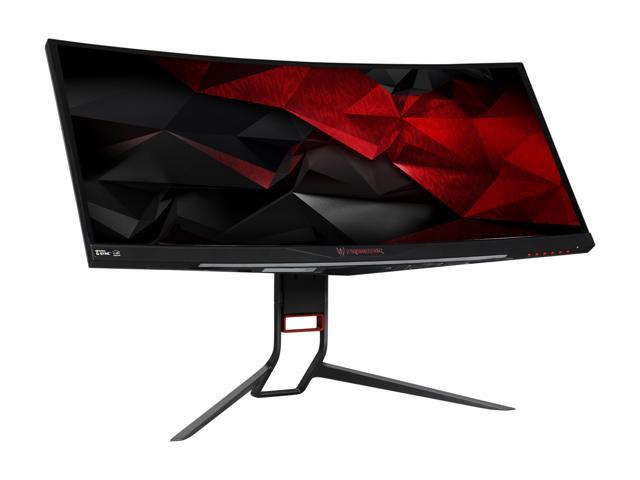 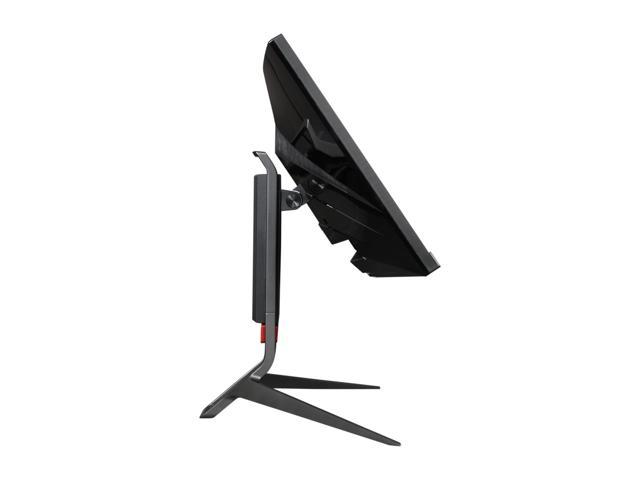 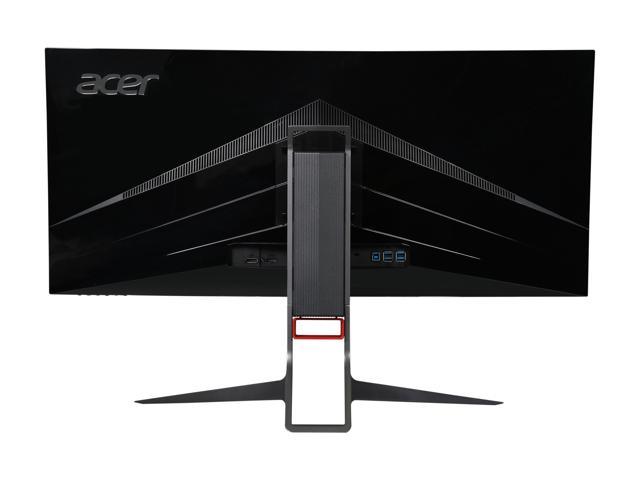 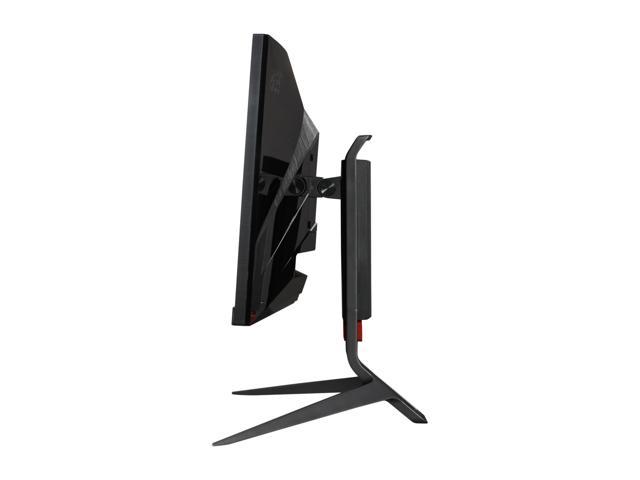 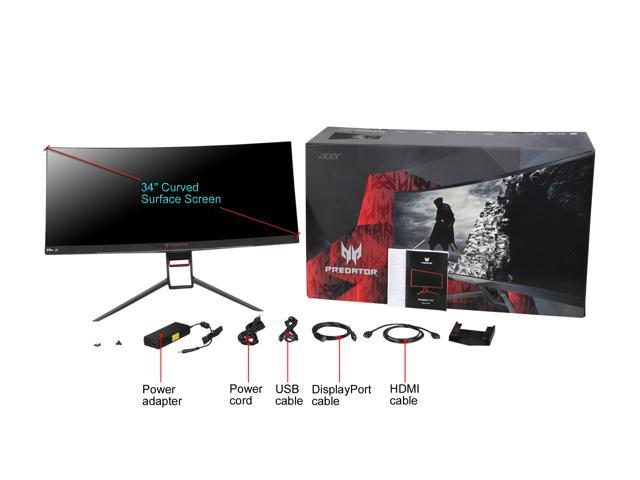 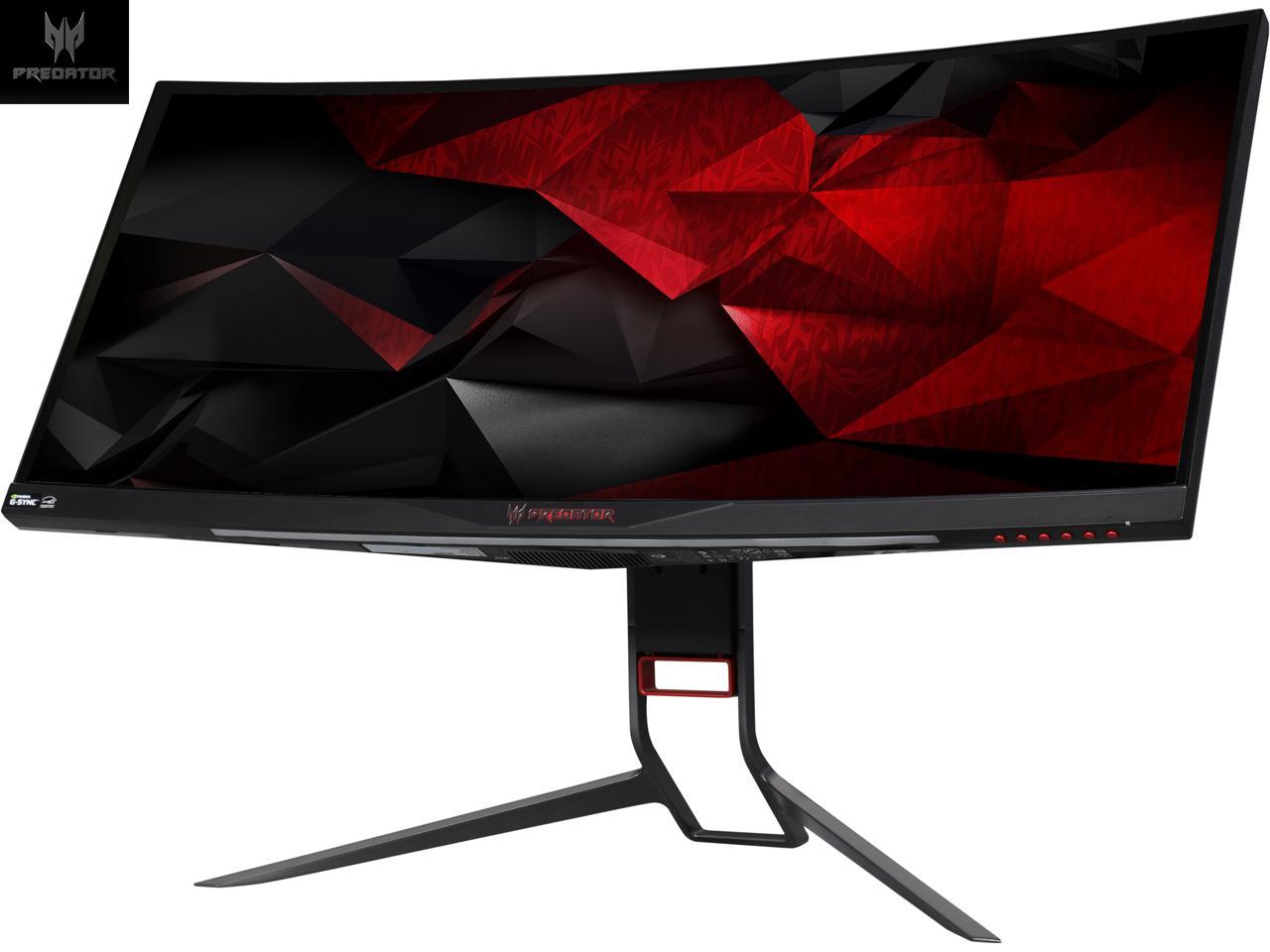 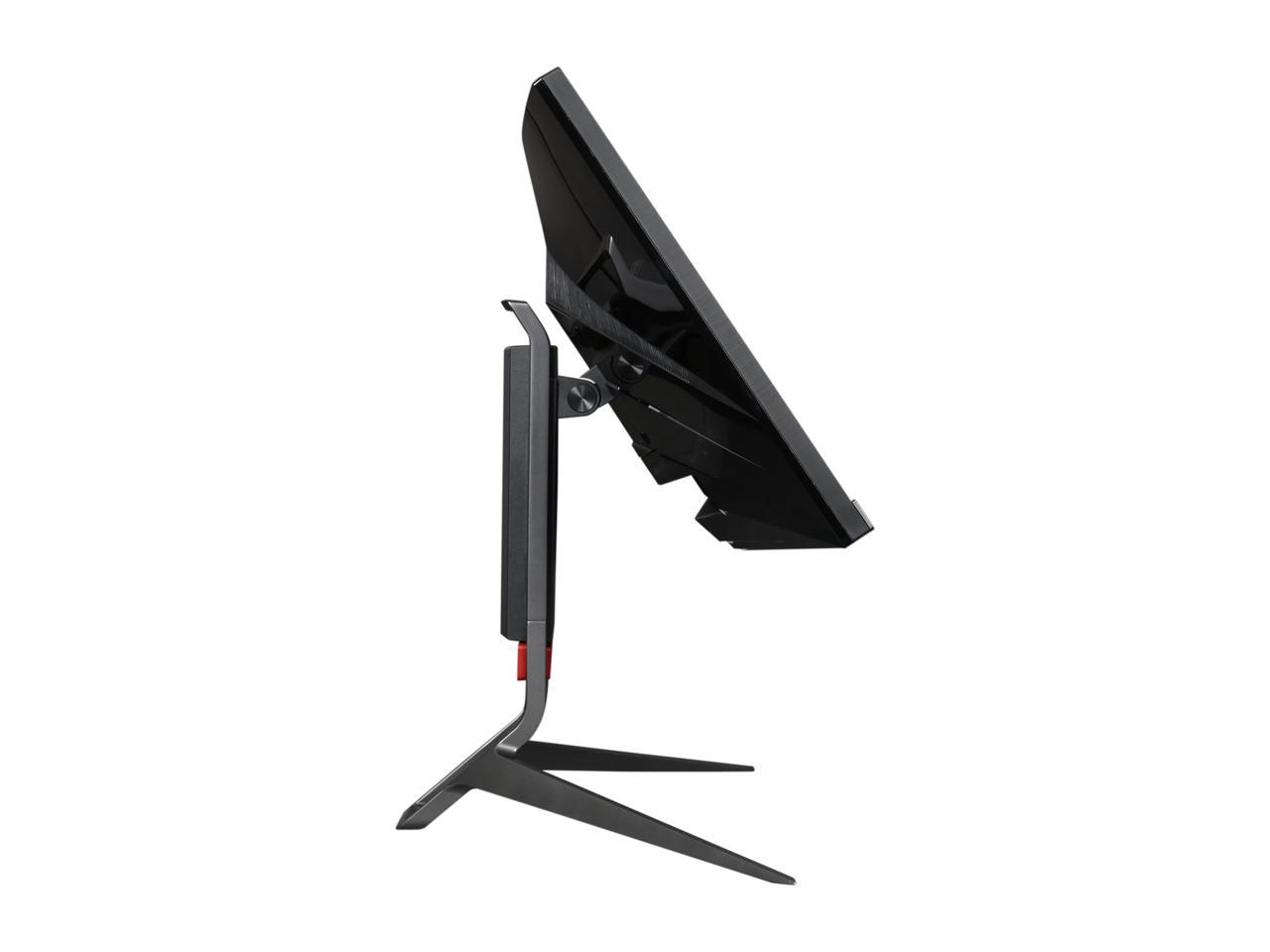 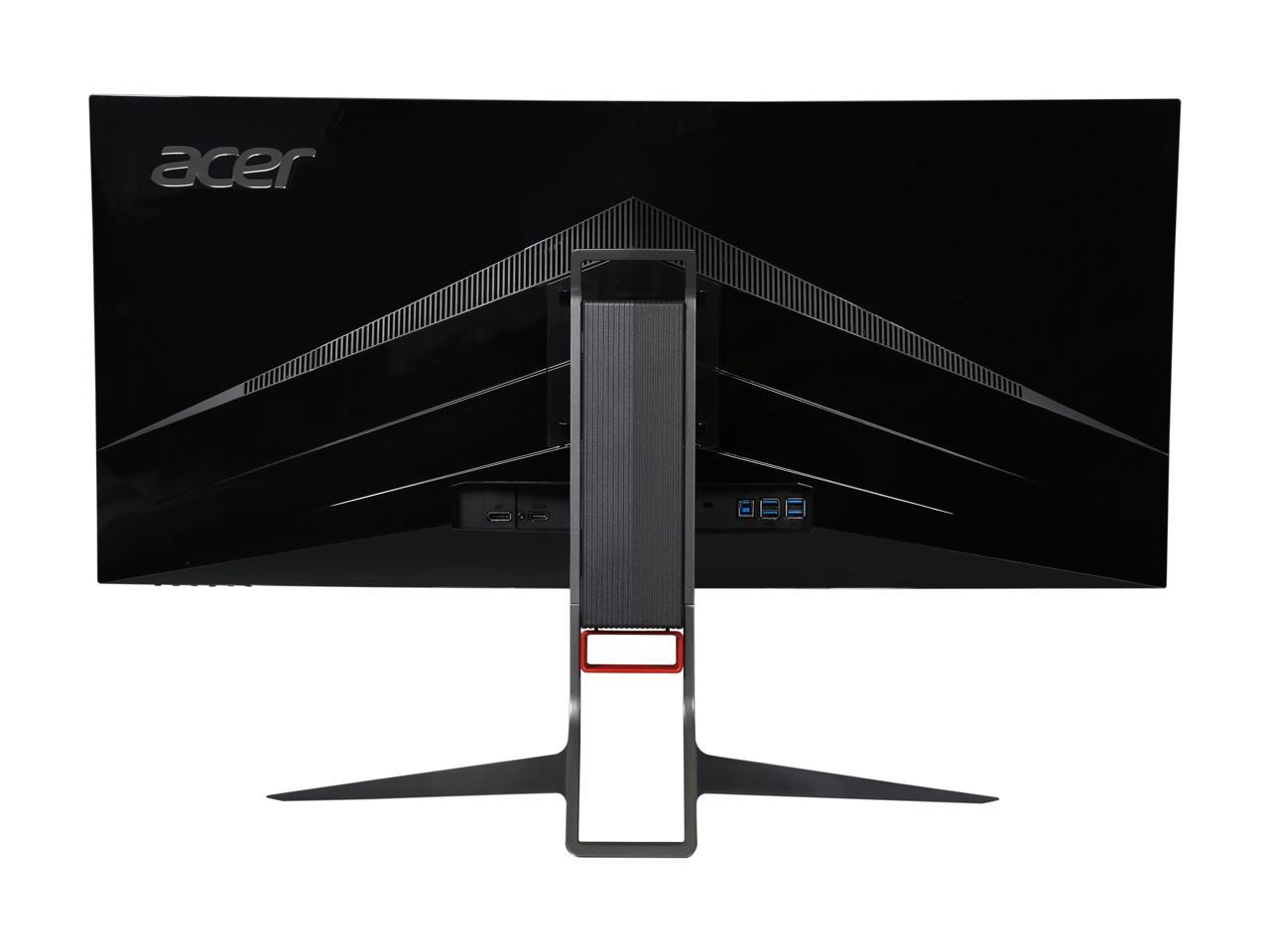 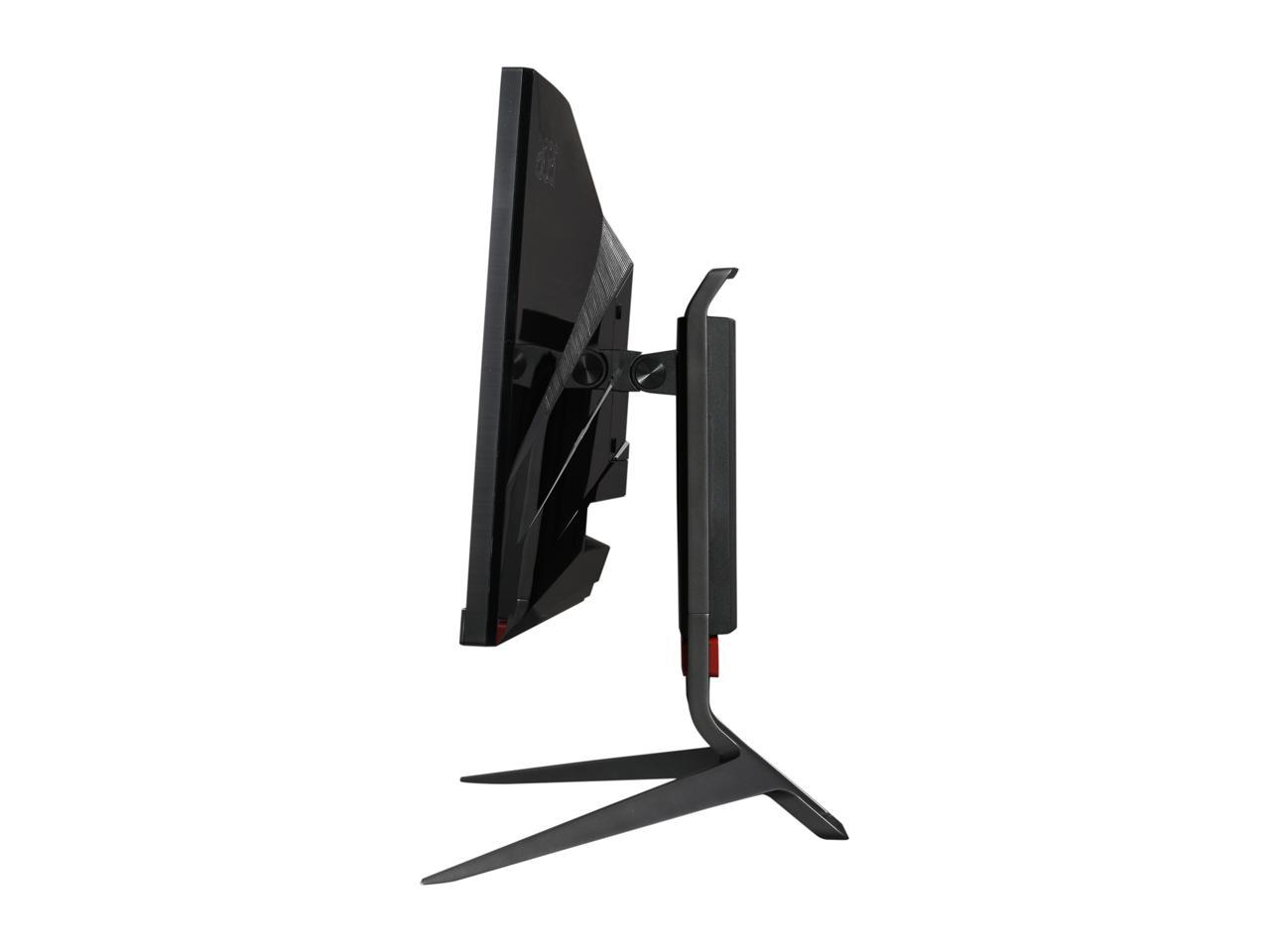 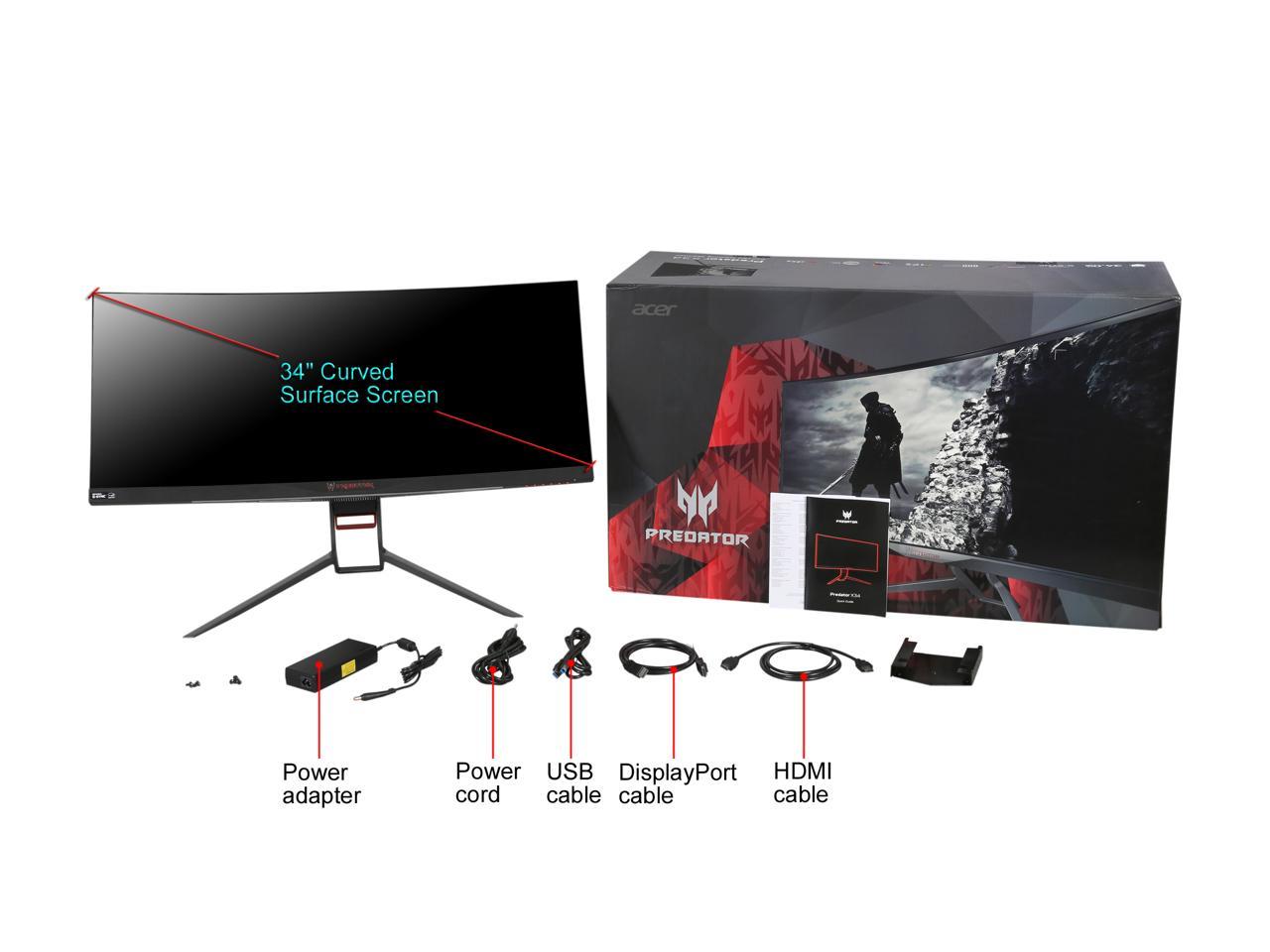 Cons: Had to rma the first one ( not neweggs fault)

Overall Review: The first one i received had major blue banding issues in the screen and minor blb in the corners. I called Acer and they wanted me to send it to them for repair. Since it was an expensive purchase I decided to call Newegg instead for the rma. They paid for return shipping and 2 day shipping on the new monitor. Newegg was awesome top deal with for the return and I cant say enough about how quickly the sent the replacement. Long story short if your on the fence the monitor is worth it .

Cons: - Build quality isn't as nice as the Asus PG348Q - Cannot rotate side to side - That Predator logo is so ugly, luckily don't notice it in the dark - OSD is awful, needs a lot of work - Some minor backlight bleed, though that was expected

Overall Review: I've had an opportunity to play with this monitor at my job the past two months (I'm a game producer). It is a great monitor and 21:9 is something to behold. However, I still wanted to have the Asus PG384Q instead. It just looks nicer and they both have use the same panel. Newegg had the Asus for $950 as a refurb. I gave it two chances but both were duds. Just when I was about to try a third refurb or just spend the $1300 on a new one, this baby goes on sale for $999. Done deal. Have had it a couple of days now and it's as I expected it to be.

Overall Review: I would 100% recommend this monitor to someone who knows exactly what they want. A 3440X1440 21:9 monitor with a curve, that looks and works perfectly. Best monitor I have used.

Pros: This monitor has been quite an awesome experience for me so far. I upgraded from an old off the shelf 23'' 1080p monitor to this beast. Just for fun I hopped on to Skyrim just to see it on here. I was totally immersed, and sometimes even felt like I was actually running through Skyrim myself. If your pc has the power to use this monitor, it is totally worth it. Not to mention my old monitor was of course not able to exceed 60 FPS, so gaming at 100 FPS is an incredible new experience for me. As mentioned by plenty of other reviews, you will want a good GPU set up to make use of this monitor. I am personally running an MSI variant of the GTX 1080.

Cons: While I have read many many horror stories for this Monitor, I am happy to report that I received mine in nearly 100% perfect condition. Evidently there is a very minor back light bleed in the top right corner ( veeery minor), but someone actually had to point it out to me or I never would have even noticed. It would seem to me that the frequency of issues with this model have dropped drastically as time has gone on, so if you were hesitant to pick one up, you're probably far more safe now.

Cons: The OSD menu is very un-intuitive as many have stated. That being said an hour of playing around with it and it is pretty easy now.

Overall Review: I guess I won the 1300 dollar lottery. -Minimal back light bleed. Only noticeable on a true black test with lights off. Decreasing brightness slightly from factory setting nearly eliminated it. -No banding or scan lines visible with G Sync and 100hz over clock. -Coil whine? I really cant speak to this as I am pretty deaf after 26 years in the Marine Corp. I cant hear any even close up. -Got 100hz OC refrsh first try. -Menus do suck but are not impossible. Expect to jack your setting up a couple of times while fuddling with the OSD. -I may have got lucky. That being said I could afford to gamble. If you cant then I might either wait or make sure you get New Egg prime or whatever its called before you buy -Now I am going to go blow do-do up on this gorgeous freaking display.

4 out of 4 people found this review helpful. Did you?
Nunzio J.
Ownership: 1 day to 1 week
Verified Owner
Amazing, I wish I didn't wait this long to convert to a 21:9 aspect ratio.This monitor paired with my 1080 Ti creates an amazing experience while gaming, watching videos or just web browsing.2/24/2018 4:21:01 PM

Overall Review: - I would absolutely recommend this monitor to anyone who has the hardware to support it. KUDOS to Acer you have created an amazing product and I'm Extremely happy.

Pros: Its a good monitor.... 21:9 is nice, Ips glow is something i can live with it , Color are amazing, Playing some shooter with this monitor is nearly cheating xD

Cons: backlight bleed for july 2017 was hoping they would have solved it, Would have maybe prefered a bigger bezel that put some pressure the panel that could block the backlight since you just put your finger on the bleed location to make it disapear

Overall Review: Under RMA for replacement. I'll see how it goes, Maybe the second one will be better maybe not, I'll keep this updated

Pros: Big beautiful image when gaming. Can work with multiple windows when working.

Cons: none that I can see except for maybe price but you get what you pay for.

Overall Review: The image on this is really awesome. I have nothing bad to say about this monitor but I can tell you due to the high price I had buyer's remorse right after I hit order but once I received the monitor and hooked it up I was completely happy with it. I was running it with a EVGA 980 Ti hybrid and I had no problems at all.