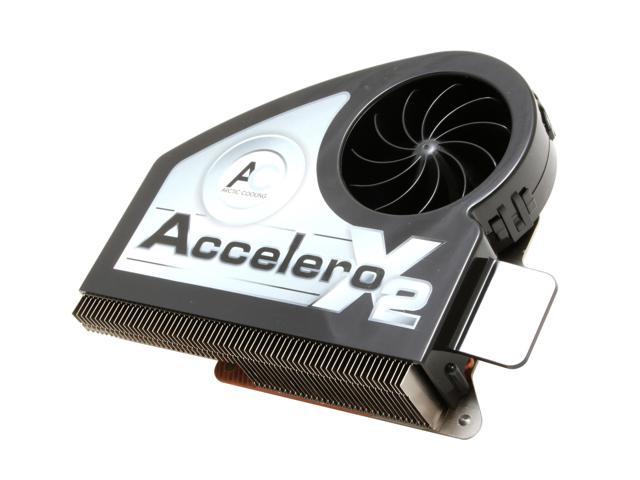 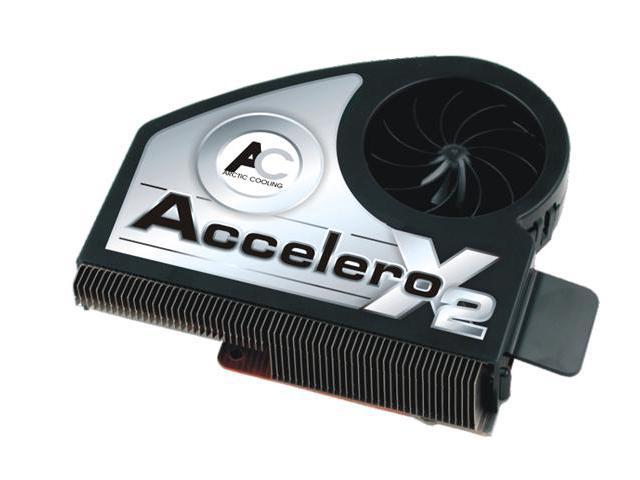 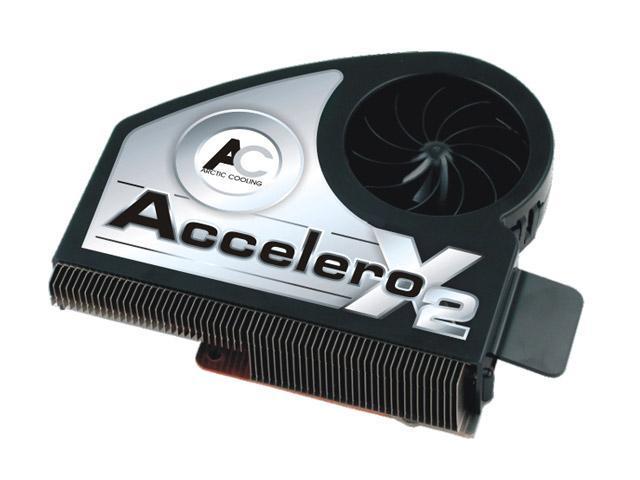 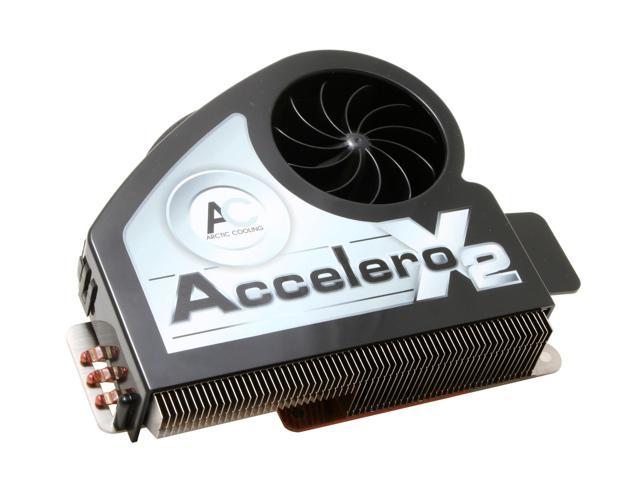 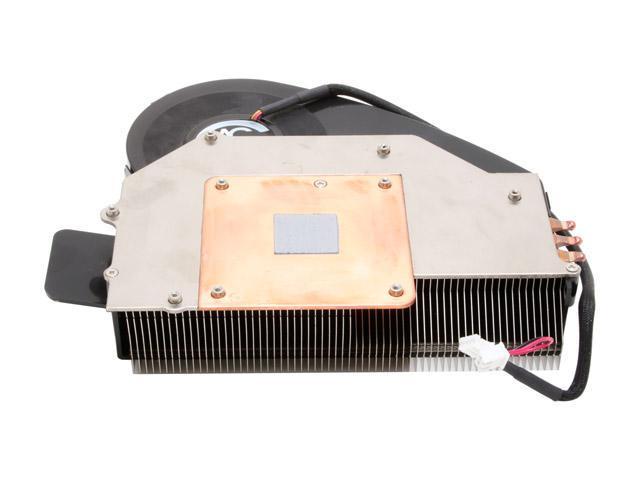 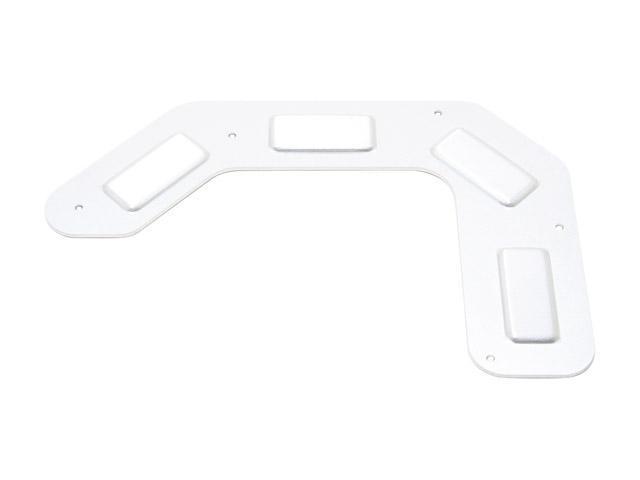 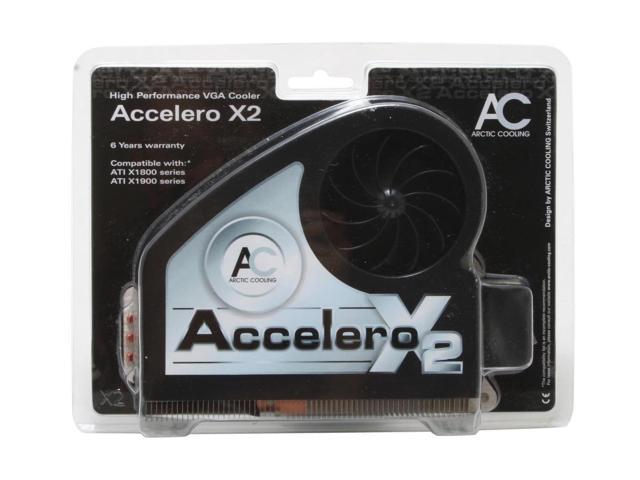 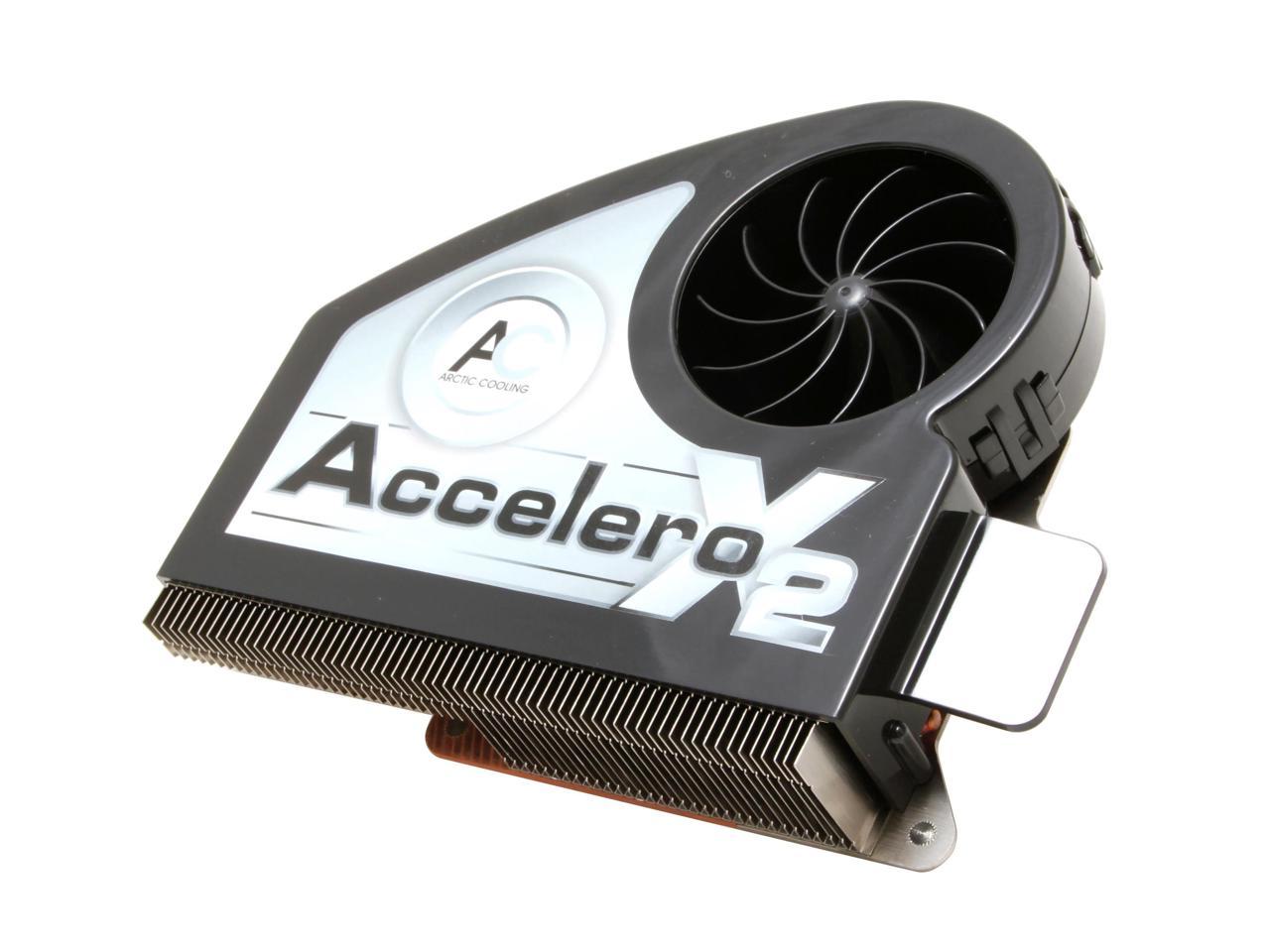 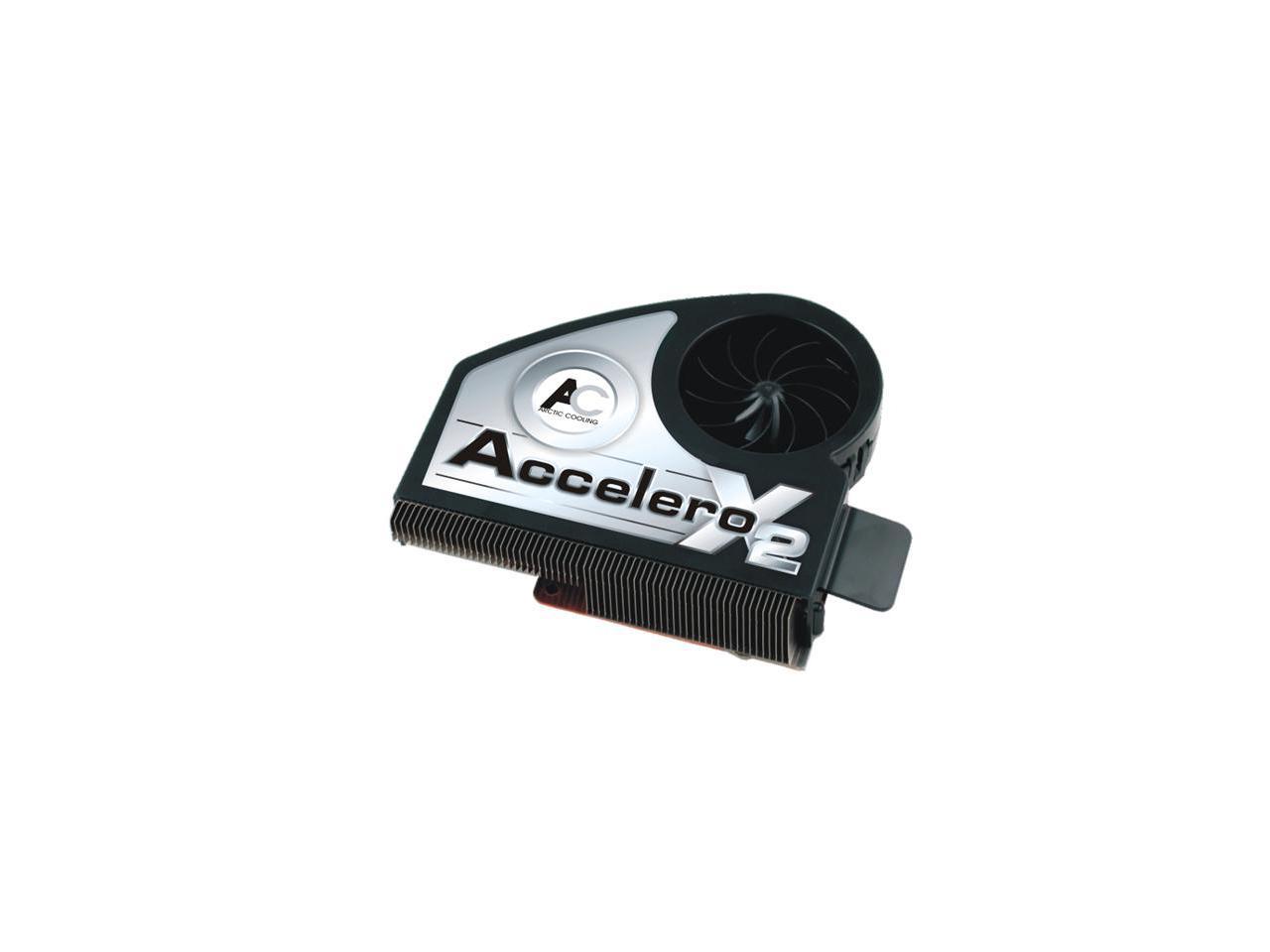 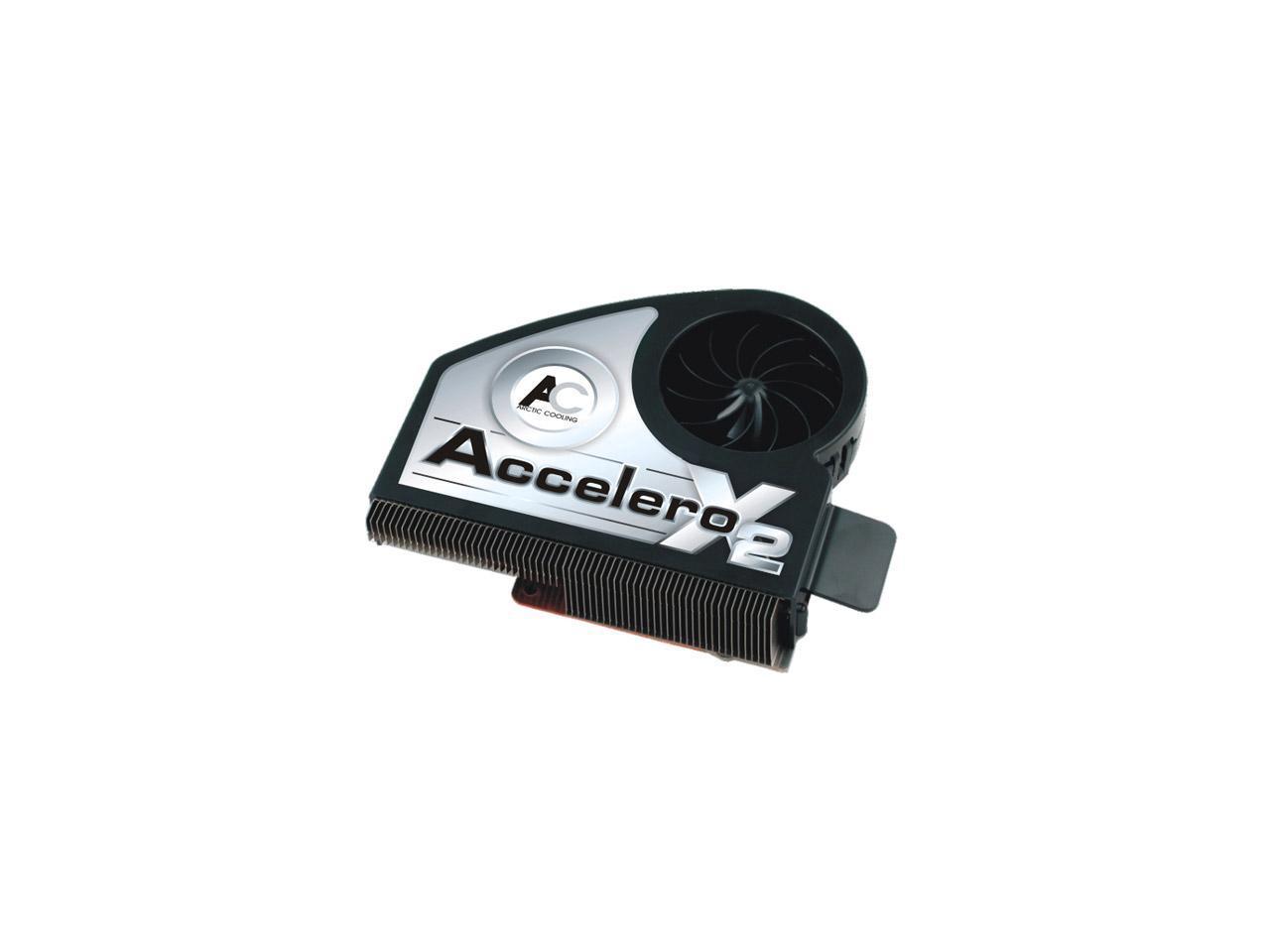 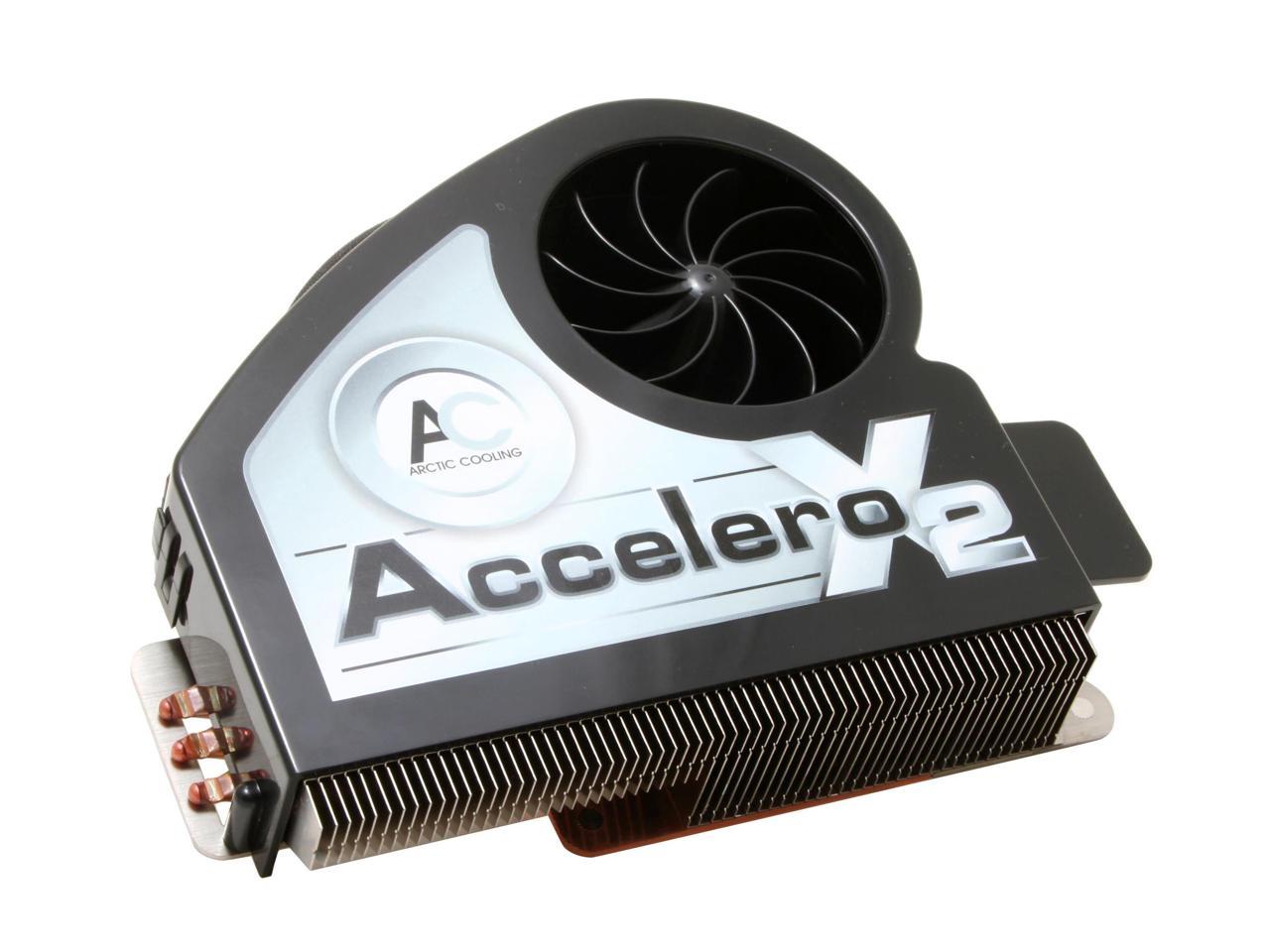 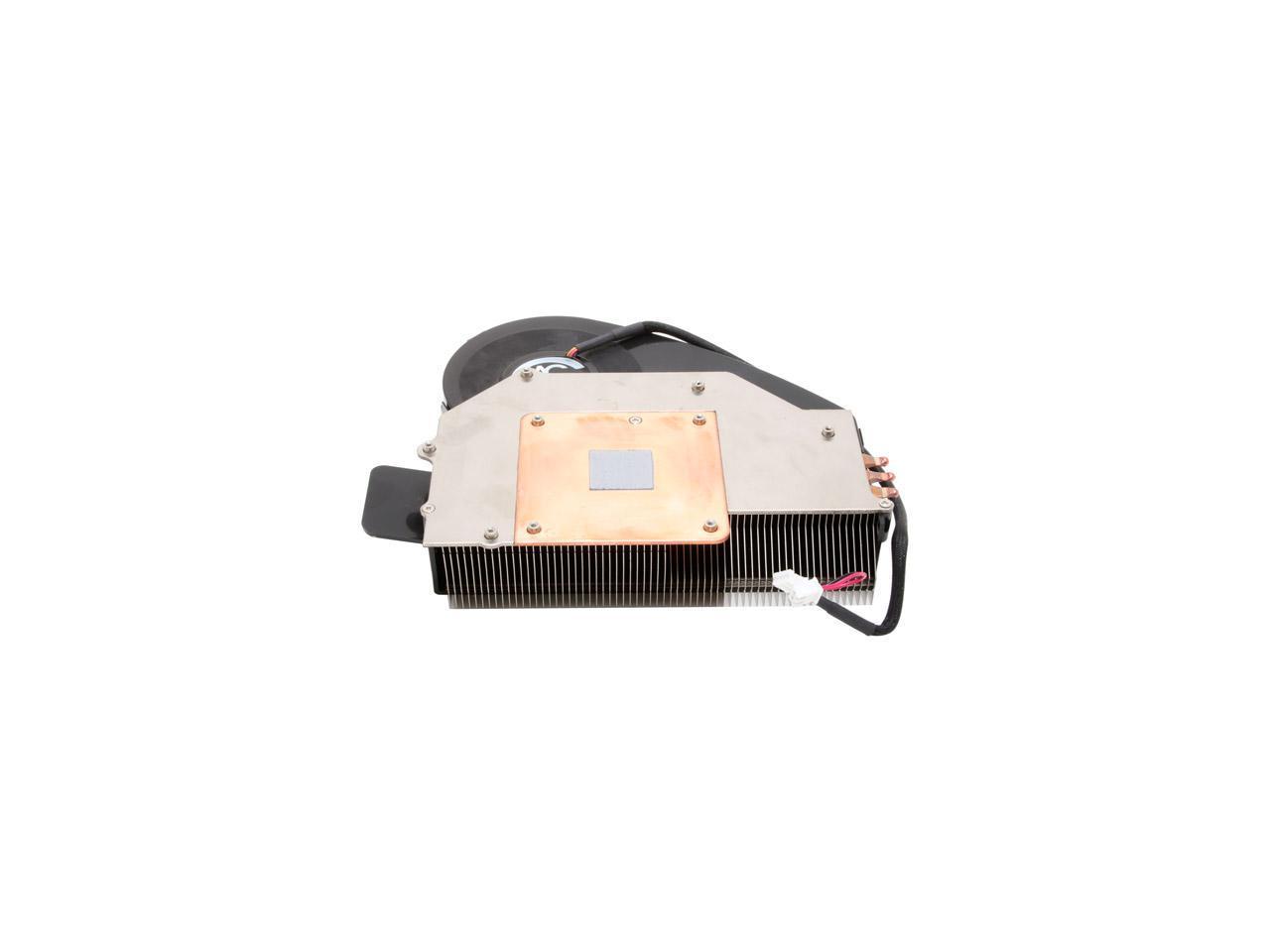 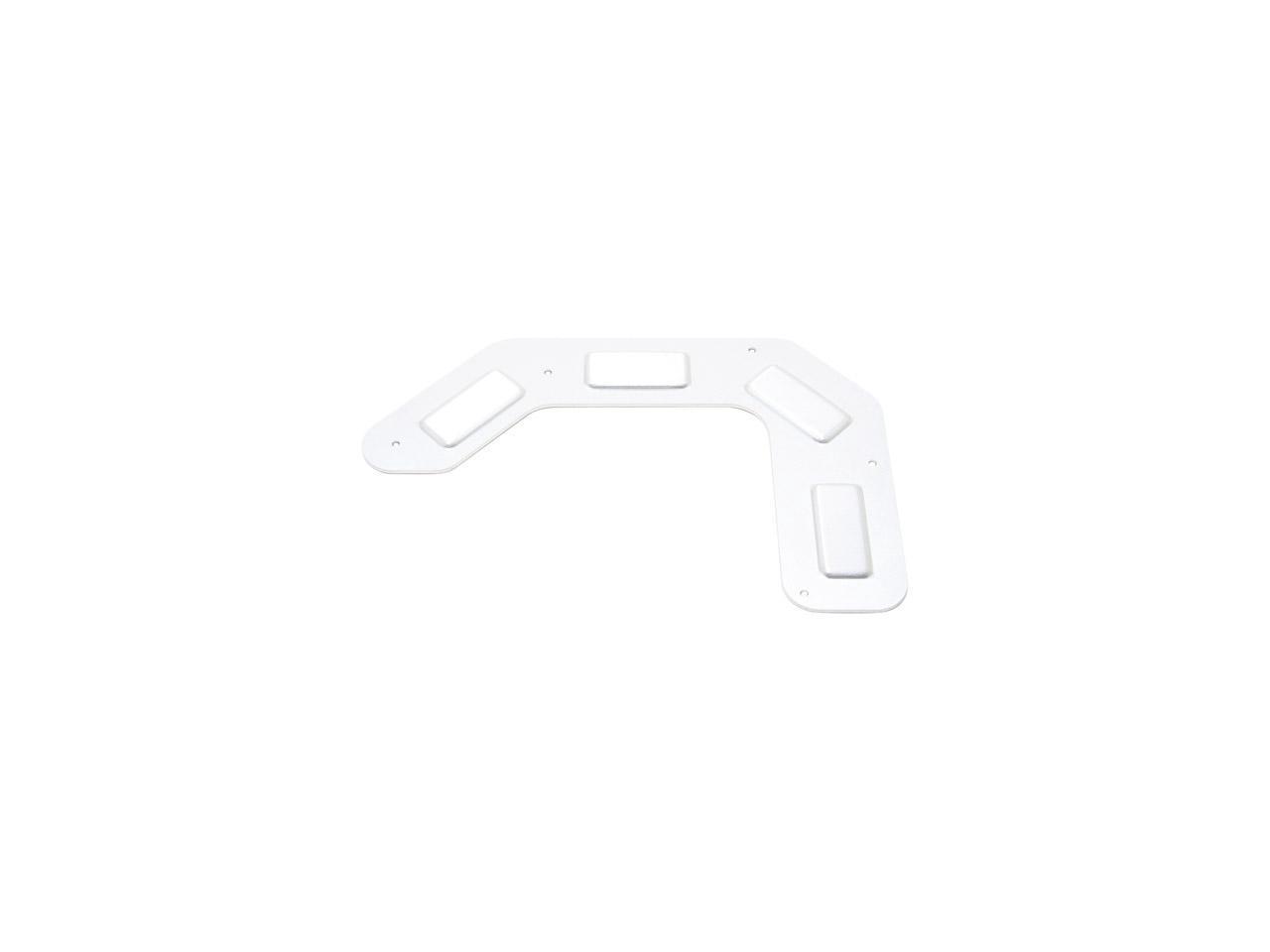 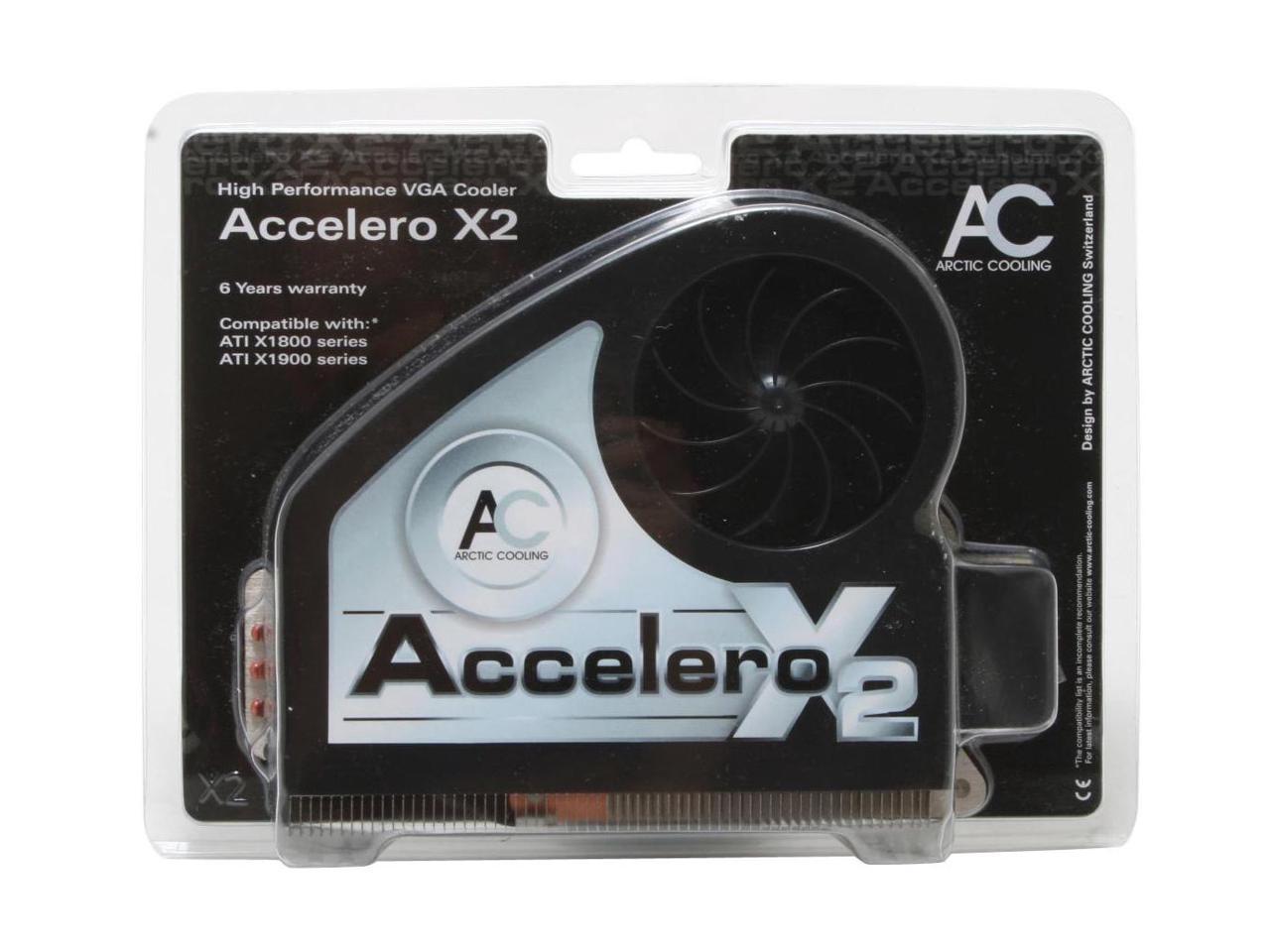 (113) Write a Review
OUT OF STOCK.
Specs
Reviews

Pros: This cooler works fine. It's silent even at 100% which is how I run it while gaming. My gpu never goes above 70c while playing FEAR at 1920x1200 with 2X AA and 8X AF all other video settings set to maximum. (Except soft shadows are off because it doesn't work with AA or so I've heard)

Cons: None. This cooler does a fine job of cooling my x1900xt oc'd to 662 core 775 memory. If you want better cooling out of a HSF on THIS gpu then stick your computer in a freezer. These gpu's just run hot, hot, hot!

Overall Review: I was like everyone else when I first bought my x1900xt. I flipped out when I saw my gpu temp over 90c while playing games. I thought I had a bum card. I had 2 6600gt's in sli before my x1900xt and those 6600's never broke 50c while under load. But after doing much digging I found out that the x1900 series gpu's don't even reach "thermal shutdown" until 120c! These gpu's just run super hot! I know, I know, the cooler you keep anything electronic the longer it will last. Yeah, that's great and all but we're not talking about a TV that you plan on keeping in your living room until your 70 years old. You know darn well that if you have the money to buy a high end gpu that your never going to have it in your system for very long. You'll upgrade to the new "ATI SUPER DUPER X55,000 XTXXX series" and this card will be sitting on a shelf in the basement with every other video card you ever owned collecting dust. You've spent the money on a high end gpu so enjoy it while you can!

Pros: Significantly quieter than stock cooling system for X1900XT cards. Looks nice. Was hoping it would be a good investment.

Cons: A word of warning my fellows, I've had this card for about 4-5 months and starting yesterday, my computer would freeze on bootup. I thought it might be my newly installed memory, but when I opened the computer, I could see the Artic Cooler fan portion had melted off the heatsink and resolidified on the PCI card below it! I was barely able to remove it since it had warped into contact with the card beneath it. The plastic portions that closely contact the heatsink MELTED down! I hope my X1900XT isn't irreversibly damaged by improper cooling!

Overall Review: When it was working, GPU temp averages 56C to 63C while running 3D games and idles around 41-43C. Should have known something was up in the last few weeks when I noticed the the idle temp hovered around 50C.

Overall Review: Running an ATI Radeon X1950XT. After 3+ hours of FEAR, before this product, temps would reach close to 85C. and it would Idle around 60C. Now on load, it doesn't go past what it used to idle. Its at 70% fan speed using ATITOOL, and silent. Its lighter in weight than stock, which relieves some tension on the PCI-e slot, which isnt too bad. Used it with Arctic Silver 5, couldn't be happier with this product.

Pros: very quiet fan compared to the stock on that came with sapphire x1950pro agp had both spinning at max using atitool. However i did install it using arctic silver 5, I cleaned the gunk that came with off with an arctic silver 5 remover dont go with nothing but the best. After doing that temps went from 44c to 33c on full load goes up to 44c good cooling and grease = result thanks newegg fast delivery(only when loacale being delivered is close by).

Cons: wasn't able to oc the beast as i planned but that not ac fault, i was hoping to get clock number like the one on the HIS cards but nogo wont go past default speeds.

Overall Review: would be nice for the shoot the air out the back design but if temps are low and stay low then it has done its job, A MUST HAVE FOR ALL x1950 series users DONT FORGET THE ARCTIC SILVER 5.

Cons: So tall I can't put the side back on my case. Not all screws mount on an X1950 Pro card.

Overall Review: Measure twice BEFORE you buy. The cooler fits on my card BUT it's so tall I can't close the side of my case anymre. If you're running ANYTHING but a full size tower or server case, this puppy WILL NOT FIT!!!

Pros: replaced stock x1900xtx cooler with this unit and immediately saw idle temps drop to 40c. using ati tool, i keep the fan on 75% duty all the time and see temps under load of only around 70c (playing BF2, FEAR, etc.)

Cons: no cons at all. install is super easy and the directions are clear. i used arctic silver 5 instead of the applied thermal pad. fan is WAY more quiet than the stocker.

Overall Review: there is no difference in fan noise, whether its idle or you are gaming. download ati tool and manually set the fan speed to whatever you like as i did (75%) and you will have nice cool temps 100% of the time.

Pros: Keeps the temp of my overclocked x1900xtx under 80C at idle hits about 43-45C. Use ATI Traytools to crank the fan to 100% all the time. It is quiet and you can't tell it is even running.

Cons: Blows hot air directly on Motherboard. Who invented this? What ever happened to blowing it out the back of the case?

Overall Review: Take the cooling ability of this and add the air flow out of the case of my old AC 6800cooler and it would be a winner. All this does it transfer the heat from the GPU to the MB. beter than stock though. Get a fan to blow air over the MB to compensate.

Cons: Its not free. It blows the hot air inside of case vs the stock cooler.

Overall Review: i cant tell if my computer actually turned on now because there is no noise.