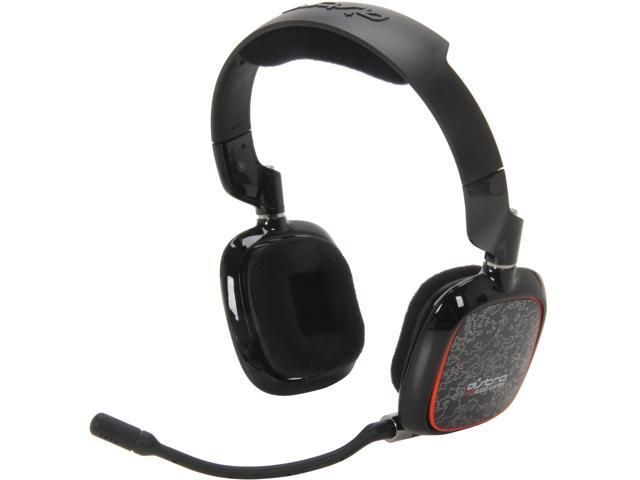 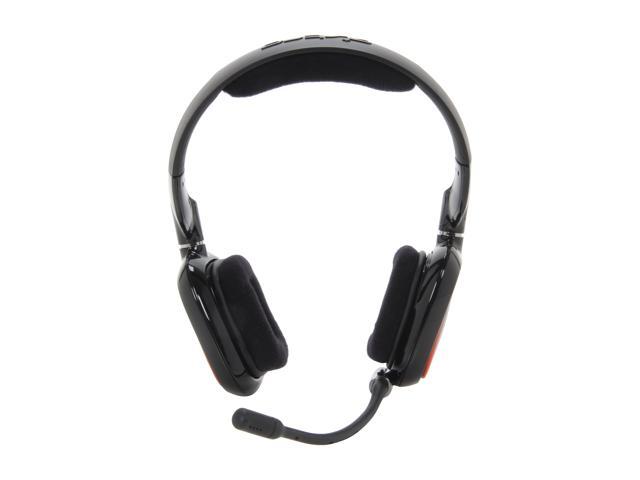 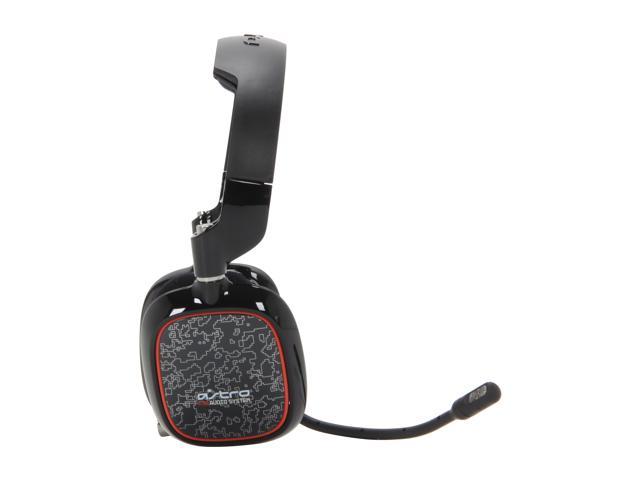 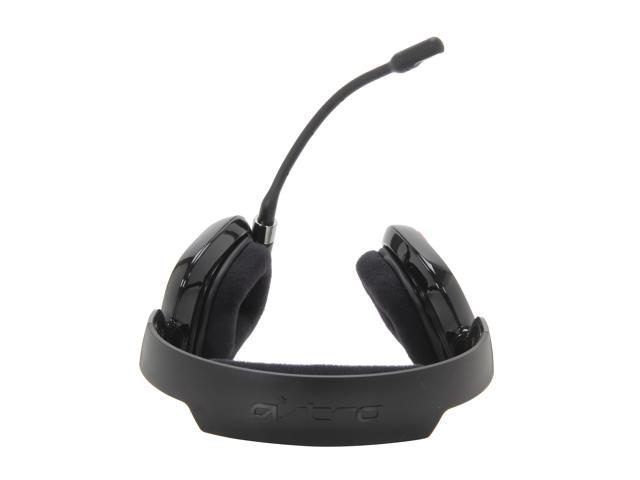 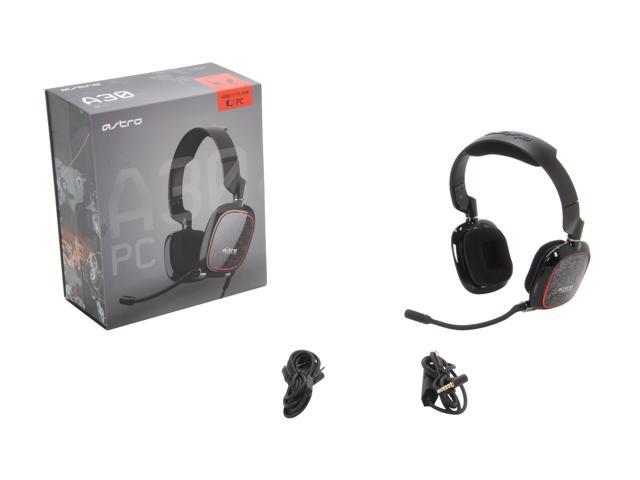 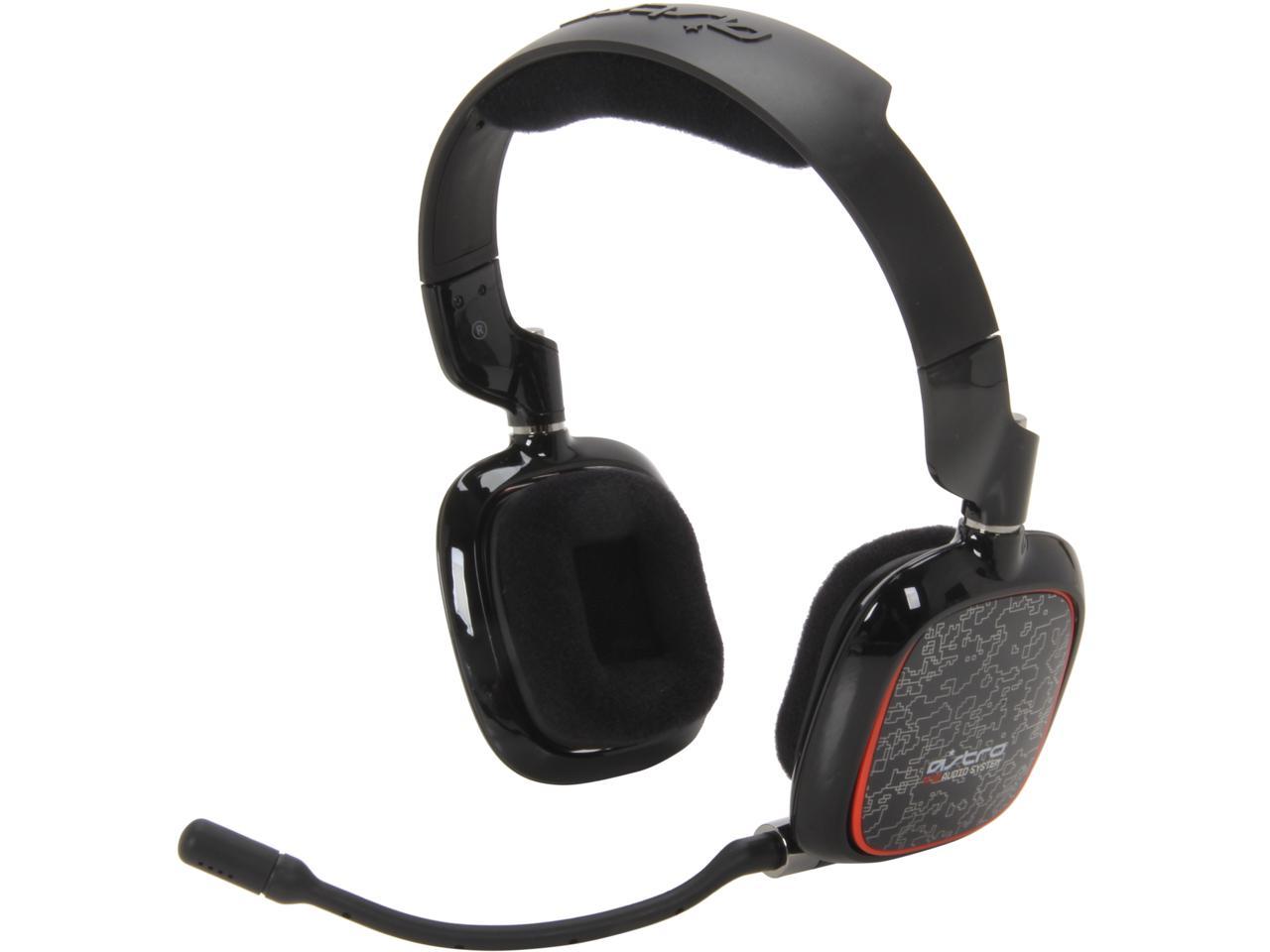 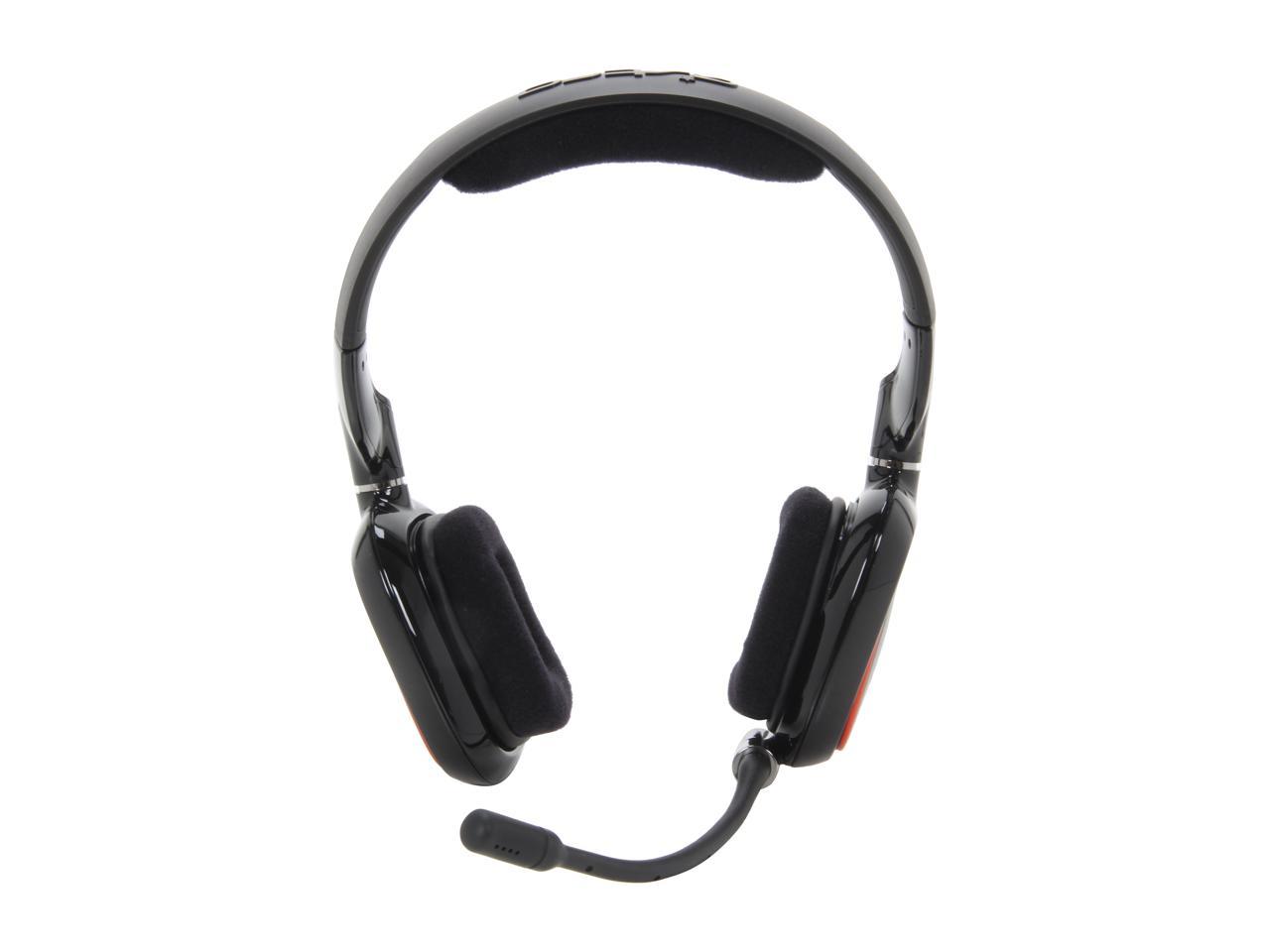 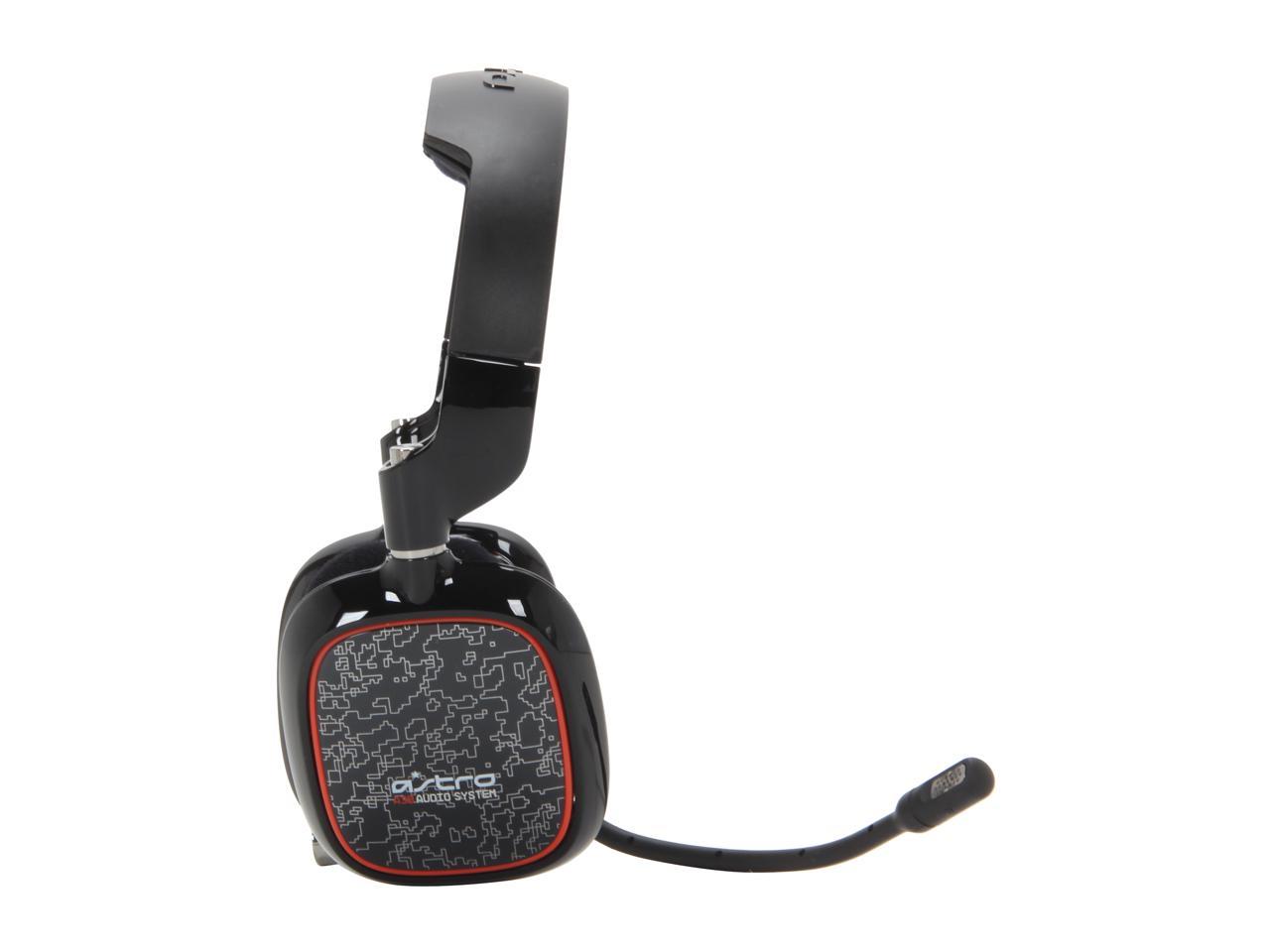 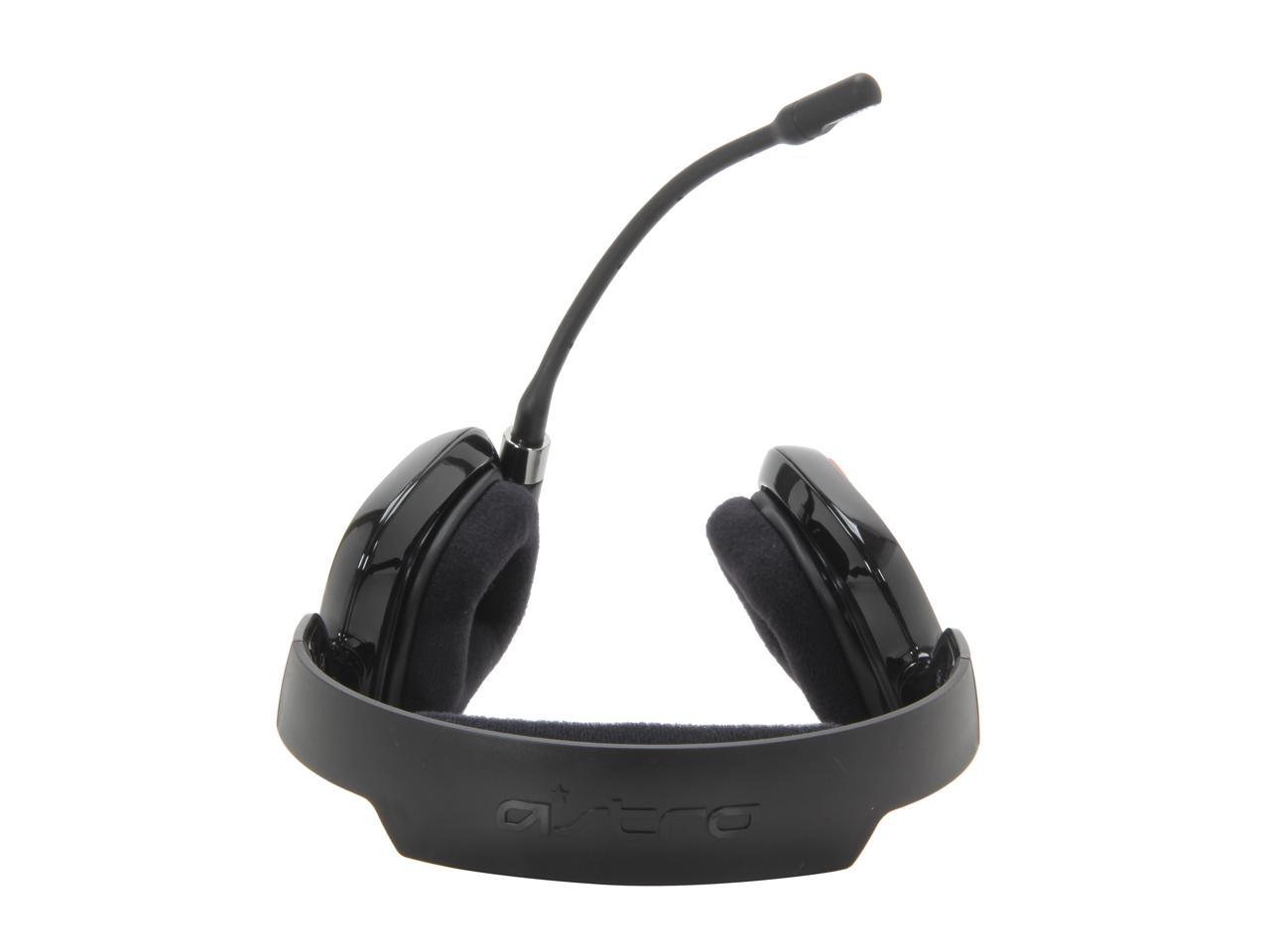 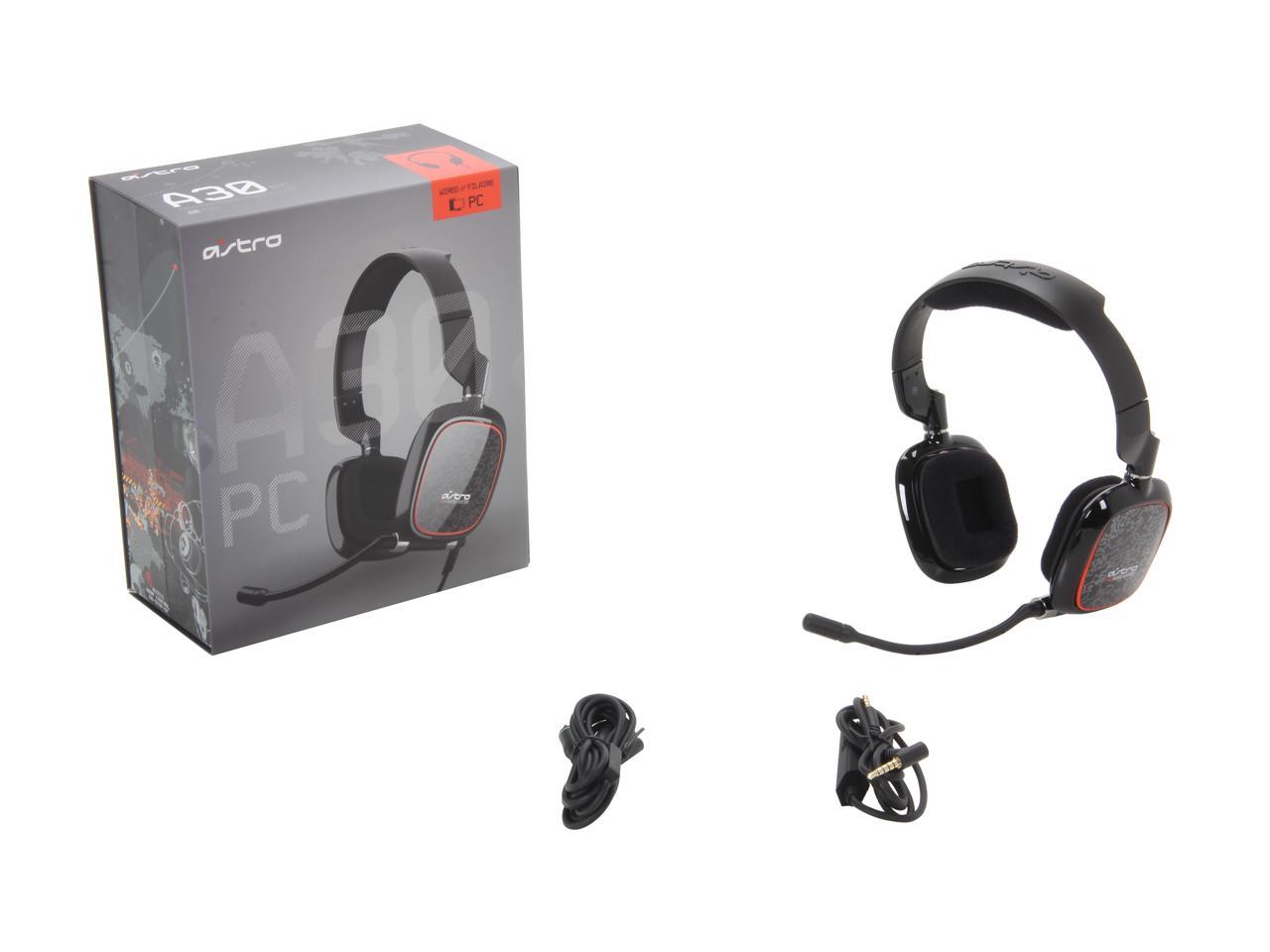 The fashionable on-ear A30 headset is specifically designed to move freely between mobile, console and PC gaming platforms across all forms of digital entertainment. It is compatible with the award-winning Dolby 7.1 powered ASTRO MixAmp (sold separately) for immersive Dolby 7.1 sound effect. With connectors for mobile, console and PC gaming platforms, ASTRO MixAmps also ensure maximum compatibility.  With these power packed features, the ASTRO A30 Headset is the best Cross-Gaming, mobile savvy headset on the market today!

Learn more about the Astro Gaming A30

Cons: the ears are small and tend to hurt after a while because they are so small

Pros: They fit my custom tags that I purchased years ago for the first iteration of this headset, and the sound output quality is solid. The detachable cord has a pro and some cons over the first generation, the pro being that it has much more versatility than before for quick muting, and a better quality in-line mic.

Cons: The level of customer service has truly tanked since I last was in communication with Astro. I originally had a very high opinion of Astro's customer service back in 2011, as they were extremely helpful in regards to my old set that my puppy had found an unfortunate liking to. However, my most recent exchange with their customer service was far different. I suspect it has something to do with Skull Candy's acquisition of them, but I'm not here to trumpet what I think of Skull Candy. It took me a series of 4 increasingly irritable emails to Astro to realise that the customer service representative I was dealing with apparently didn't know how to read, as he was insistent that since the extended warranty I purchased through newegg meant that I needed to get servicing on the issue I was having through that warranty service. It is important to note here, that the extended warranty service involved did not take effect until after my manufacturer's warranty expired. Astro's default warranty on their products is one year. I purchased this headset on February 15th of this year. See my problem here? It wasn't until I straight up told the representative that he was illiterate and repeated my request for what I wanted to do for the fifth time that I got the response I needed, though I think that at that point, this particular CSR had gotten instruction from someone who had a clue. Okay, bad customer service bit done. Now on to the technical gripes. I liked what they had in their first generation A30s for connecting to the computer itself, a trio of cords for specific needs that connected to the headset via a universally shared jack connected to the headset itself. This was novel, and made it easy to use the headset for more than just gaming. Now, the cord is a separate part entirely, which brings concerns about the cord itself staying seated to the headset, which turned out to be an issue that I needed to contact customer service for. The volume dial on the headset itself turns too easily, thus when it brushes against my shirt in the course of normal use, I end up with sudden shifts in volume, and I can't keep it at a level that is not top or mute. I swore by the first generation of this headset, and I still have the remains of it. It served me well for 3 years. But this generation feels like it took steps in the wrong direction. Not necessarily back, but the wrong way. I think that next time I'm looking for a new headset, as much as I don't want to lose my custom tags, I will look somewhere else.

Overall Review: If Astro wants to reference my case number for my frustration with their customer service, I still have that on record in my email.

Pros: Relatively compact and sleek looking pair of cans. Sound is pretty good to me (I'm no audiophile). Cool how it came with the extension cable that also plugs in to both headphone and microphone input jacks. I like how you can remove the microphone when you just need to listen and not talk. Also a plus that you can use the small mic on the cable itself - so if youre talking on the phone, you can just use the smaller mic and not have the external mic sticking out.

Overall Review: Sweet pair of headphones. Have been running great the past 6 months. I like how I can use these for other than gaming and it doesn't look stupid.

Pros: The Detachable Microphone is a plus, and much more convenient then other detachable mics.. And the quality of said Mic is great. The Cord is also about twice as thick as your standard headset cords (so there shouldn't be any breakage or fraying of that unless you really beat this thing around).

Cons: The ear-bits are a bit small though. They don't surround the ears, which is what I was expecting with Circumaural as part of the tag. The sound quality is nice, but it's not as quality clear compared to my previous headset (Creative Fatal1ty Professional Series MK II [now discontinued] - Which cost me maybe $80 - This headset died due to cord fraying, but it otherwise worked great for two years, with superior audio I would say, but not as good as a microphone.)

Overall Review: Overall- It's a good Headset, with nice quality, but I am disappointed in the ear-bit size. That's my only issue with it.

Pros: I was hesitant since these are made by skull candy and... that's not very appealing. However, I gave them a shot since they have a detachable microphone and headset as well. There is also an inline microphone so you can wear these anywhere and have it connected to your iPhone or whatever. Sounds clear, pretty good bass, and perfect microphone. Love the white also.

Cons: Nothing I can see so far. I love the detachable microphone which makes this unbreakable.

Pros: Reasonably durable--won't survive being pitched across the room a few times, but it shouldn't but subject to such to begin with. Flawless at 7 months from day to day usage (closer to every day than most days) Comfortable--HUGE upgrade from my budget headphones, can wear for hours upon hours and not necessarily forget about them but definitely don't have any complaints Semi-Isolating--Personally, I prefer to know if someone's trying to get my attention but still not have to hear the tick of a clock. The sound is clear and crisp and it would take some effort to draw you from it, but not so much you miss a fire alarm going off. Looks--a bit unusual, look better in person. The bend on the headband above the ears looks more severe in photo, not worth mentioning in person. Accessories--comes with a few cables, varying lengths and ports. All fine. The shortest headphone cable is a bit thin, but again, if you're not yanking this out of your system and throwing it to the dogs, it won't fail or have any quirks. Sound--Clear. I'm not audiophile, but I've had enough bad headphones to know these are nothing to dismiss. NOTE: the bass is lacking, but this is a gaming headset. It's not for listening to techno or whatever else for reviewing, it's for hearing cues and responding accordingly. If you plan to use it for gaming part time and the other part for music, it won't hurt you to shop around. I have Bose speakers (gift) if I want music, so this doesn't influence my reception. -- OVERALL: Couldn't have chosen better for me. If I want, they look fine in public (again, much better than in picture), but they really shine in game. Should you use them as a dj? No. Why even look at these, which have an entirely different purpose from their core design, for such a thing? Can't blame the product for that one.

Cons: Cables--As I said, they'll take casual and slightly more than casual use, not a beating. Try to resist the urge to play tug of war--you'll have to buy more from Astro due to the in line controller design unless you're willing to try some incredibly advanced soldering (note, though, that the headphones come with 3 or 4 cables out of the box, so you have some trials if you want to test how much they can stand or are worried about breaking 1 and being doomed). Bass--Fault of the consumer, rather than the product. They were intended to have limited base for gaming performance, and they do. If you bought them expecting different, you probably didn't consider clearly/read product description. Cups--Again, not the fault of this particular product, but the foamy-ish design is incredibly comfortable! However, it catches flakes like there's no tomorrow. I don't have dandruff, but if I wear these around 36 hours since my last shower, they'll start to catch a bit. Negligible to most, I'm a clean freak so it bothers me. Most won't notice, but those that do can pick up the flakes with scotch tape. I typically do this once every month to keep the things looking brand new, which they do.

Pros: I am updating my old review. I was contacted by no less than 3 different people from ASTRO who apparently is affiliated with skullcandy somehow. They said they will be sending me a new unit and I should expect it soon. They included a case and some little goodies they said to make up for the timeframe since it took over a month. I'm sure I won't get unlucky again. Their support really shined as I was able to speak to real people and didn't just get canned responses like most people do these days. They actually cared about my satisfaction, and that's a rare thing these days. As for the headset. It's incredible and has better sound than any logitech or turtle beach product I've had. A+ service from these guys.

Overall Review: ASTRO supports their products and has great products. What is not to like?

Pros: Sounds great. Has nice bass to it. If i compare these to my turtle beach x12's or razer charcharius these are a whole lot better in the sound quality department. The x12's do have more bass but thats only because of the bass boost which requires extra power. Overall these are the best headphones i have yet used.

Cons: Not super loud but its loud enough.