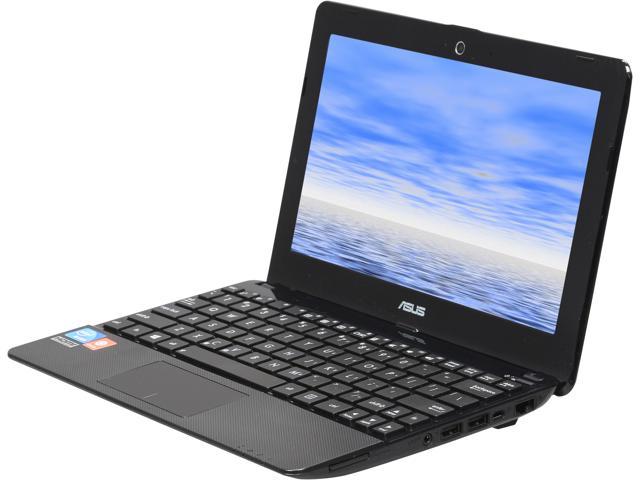 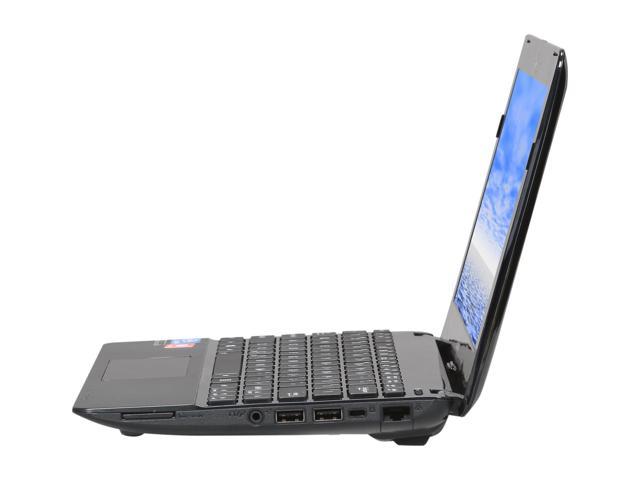 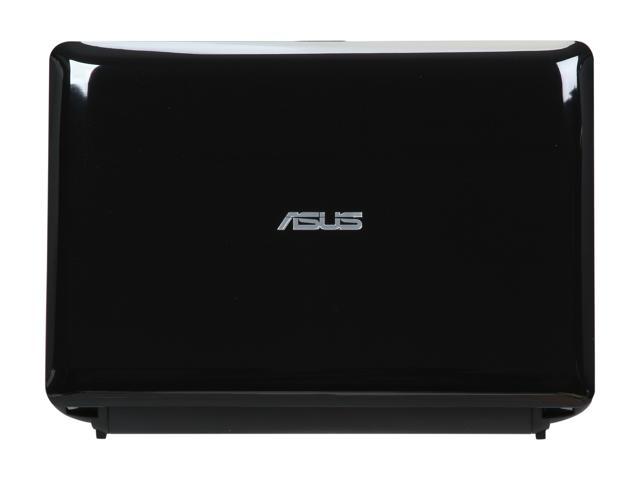 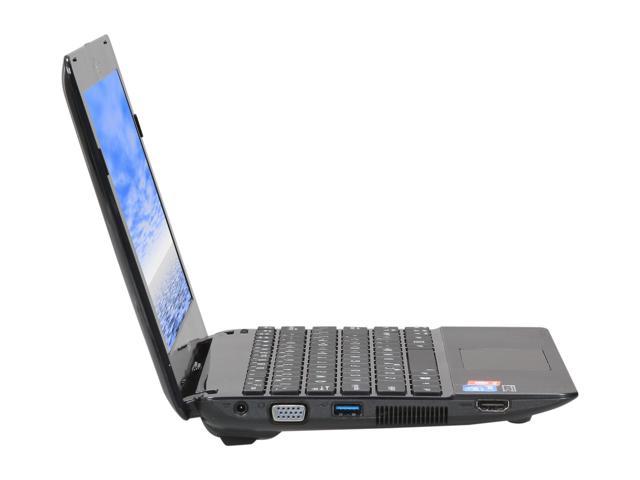 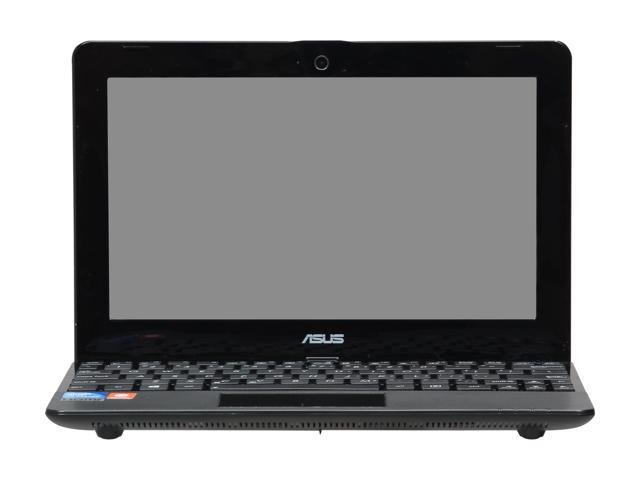 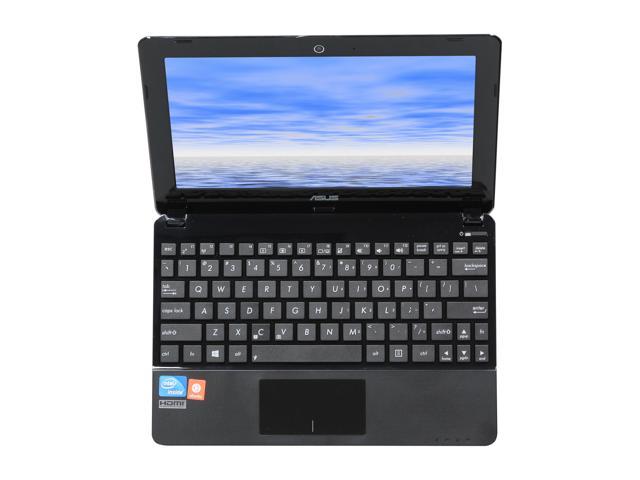 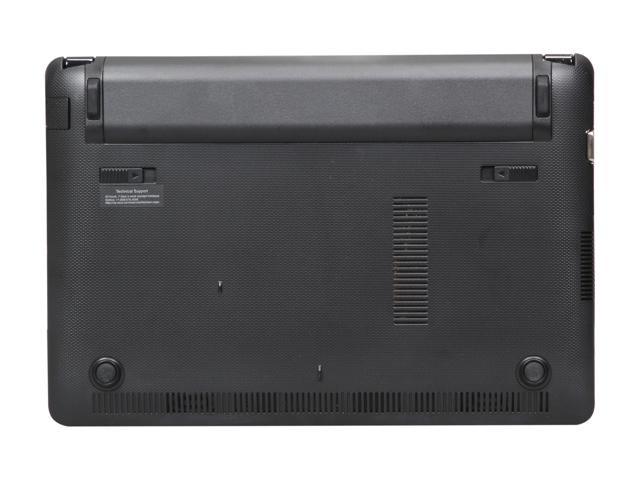 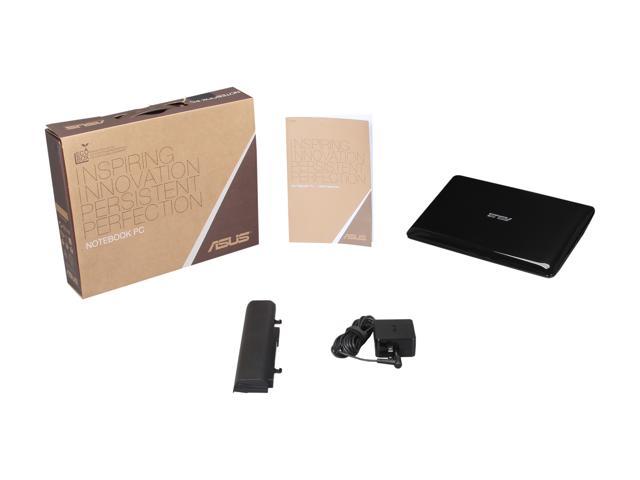 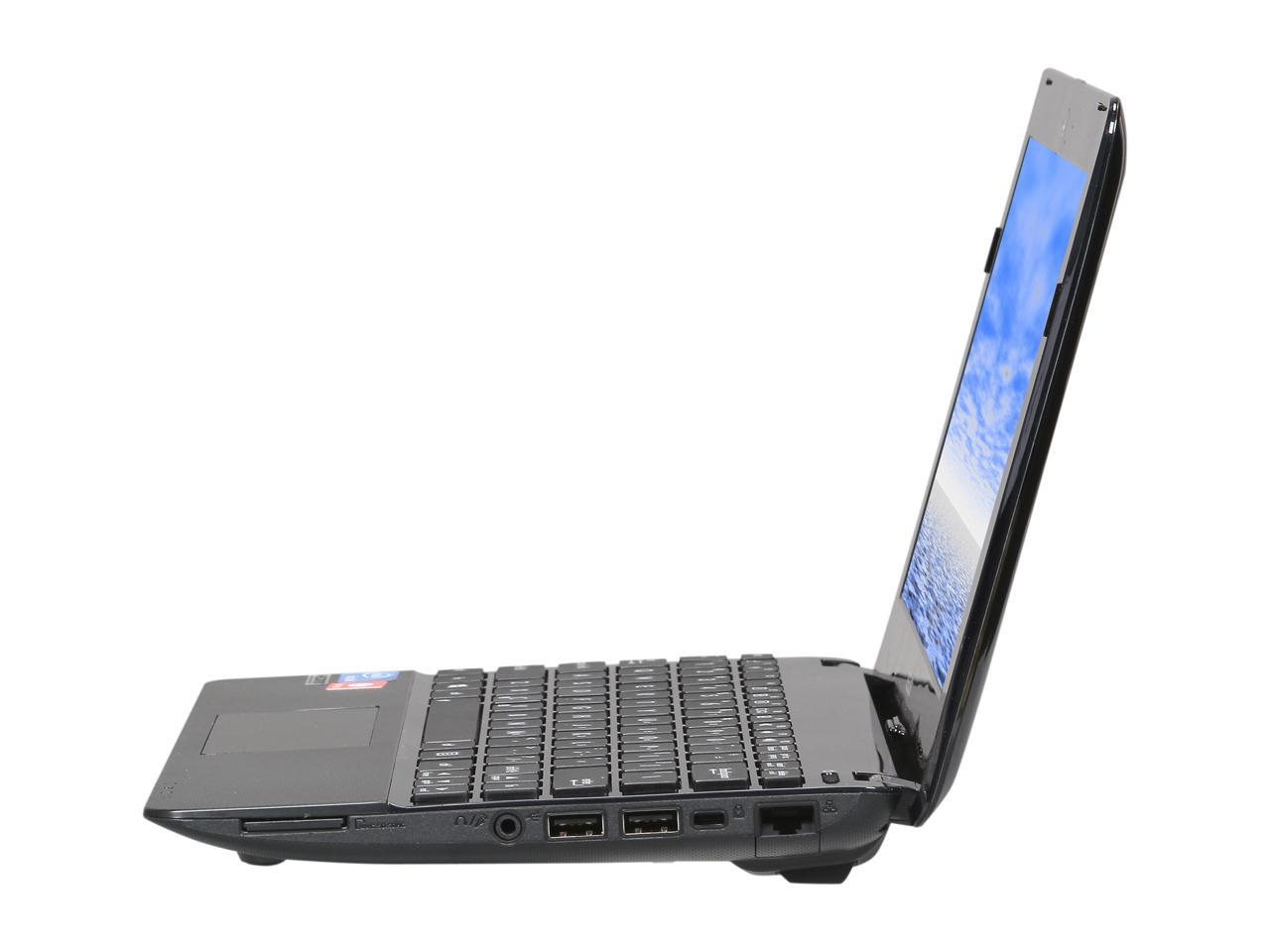 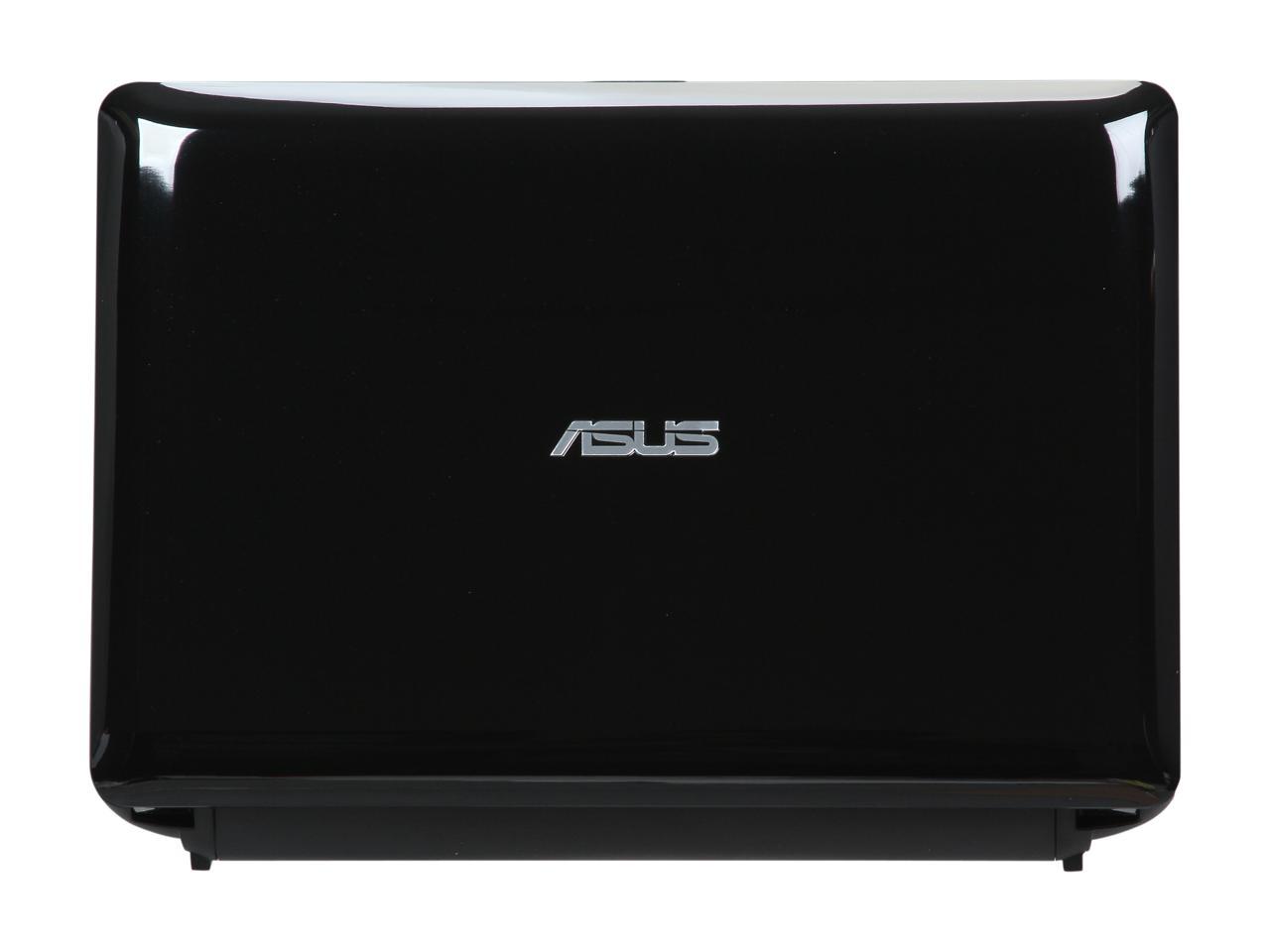 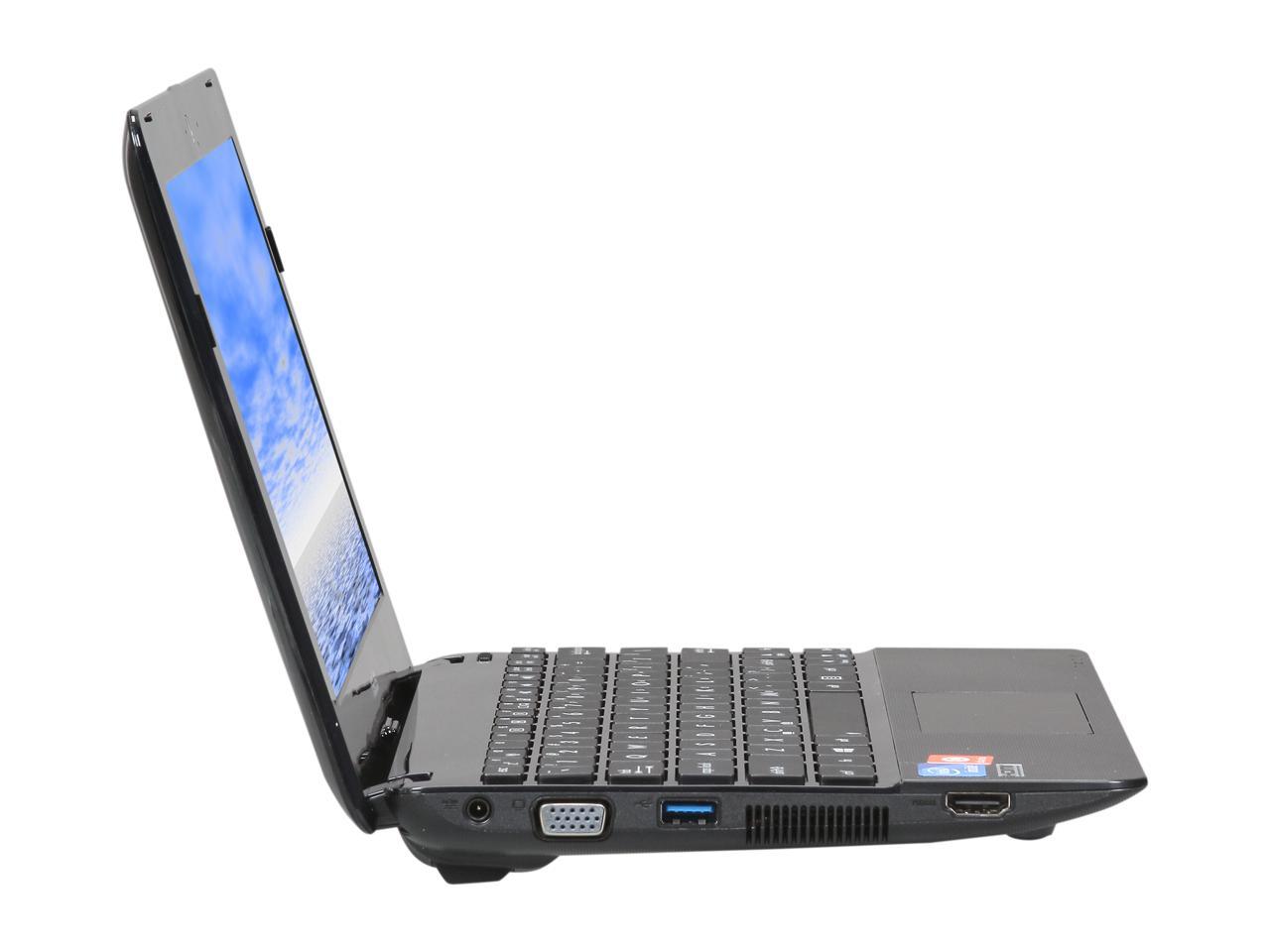 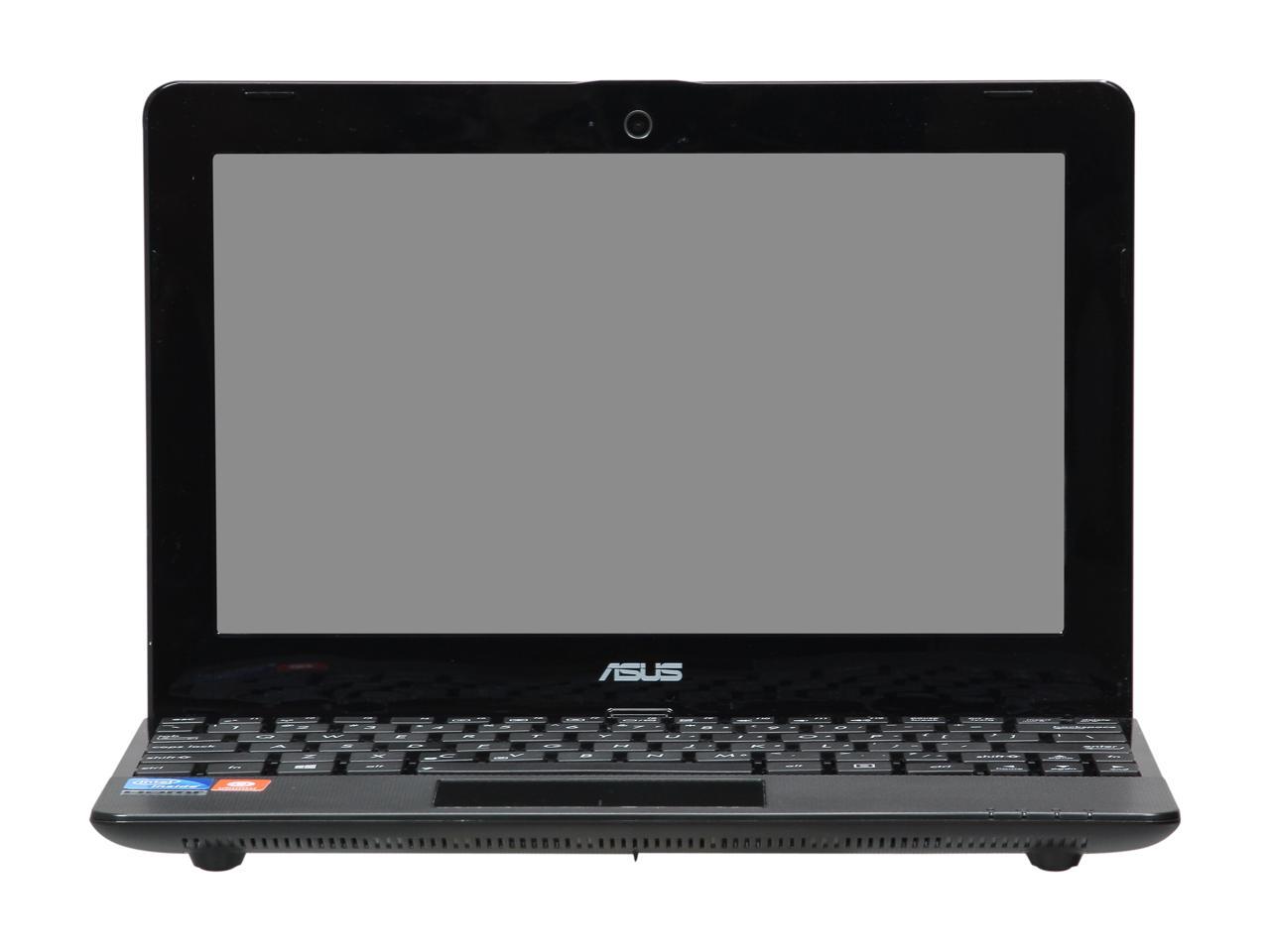 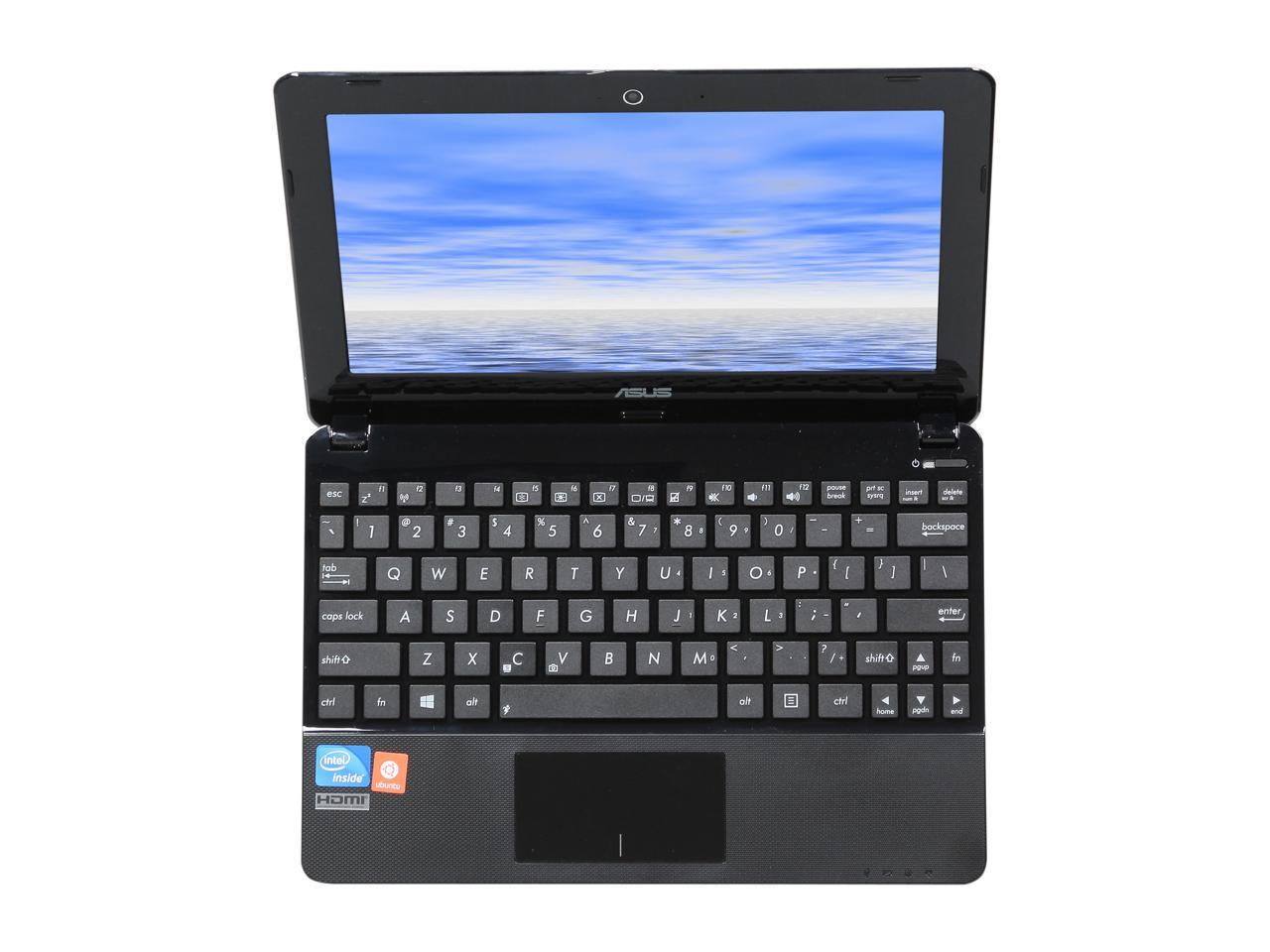 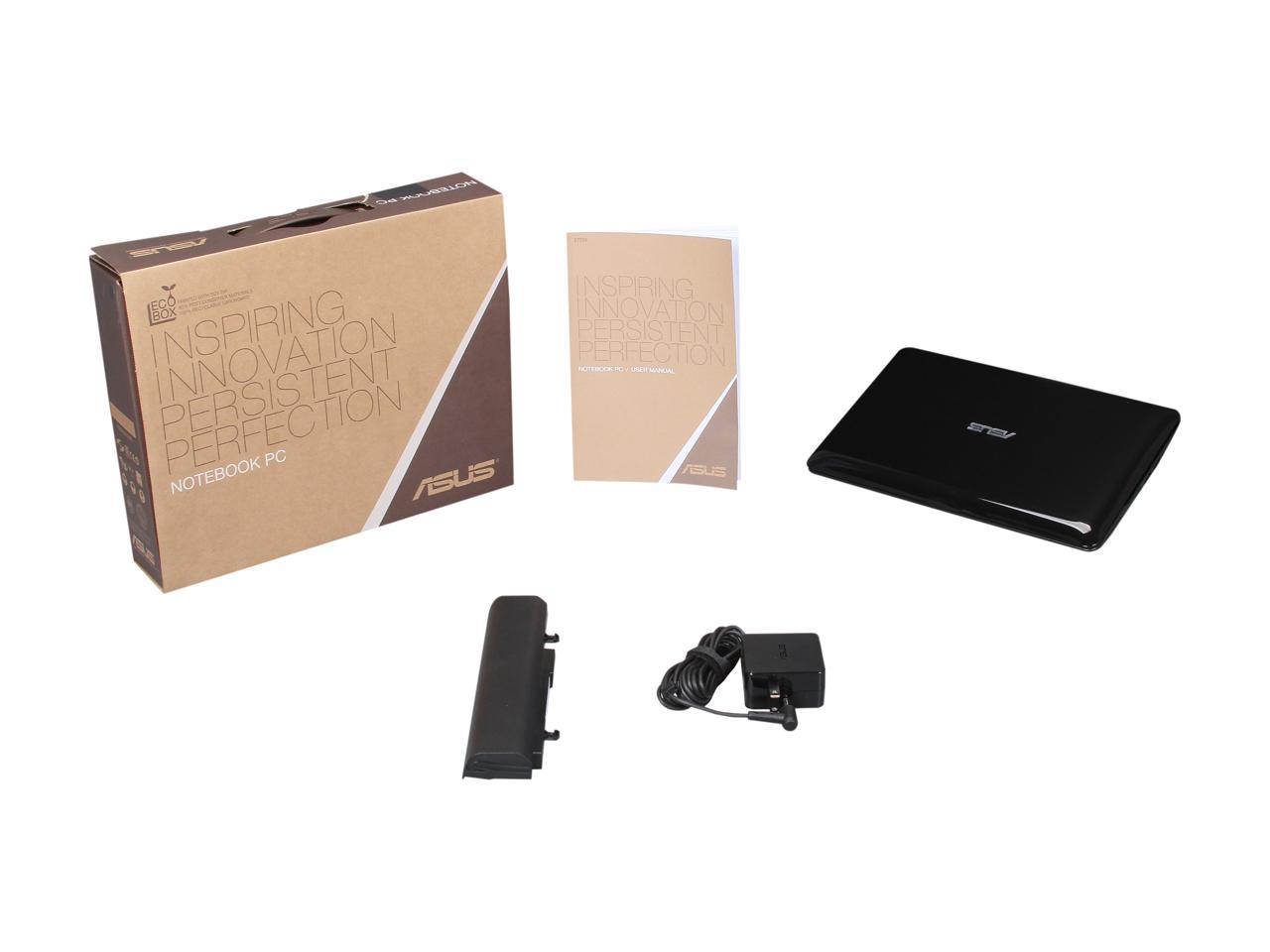 Pros: * Very inexpensive. * Very small and light. It's light and thin enough that I barely notice it in a shoulder bag. The charging cable is also very light (no power brick, just a wall wart.) * Matte screen, solid brightness level, and a better-than-netbooks screen resolution (1366x768). * The performance is significantly better than that of an Atom-based netbook. It performs more like a standard budget notebook. I can run a browser with a lot of tabs open while I'm editing a large document in LibreOffice without any noticeable slowdown. It's not a Haswell i7, but it's solid for a budget mini-computer. The graphics performance is not incredible, but it successfully does things like stream YouTube at fullscreen and play DVDs. * Adequate battery life -- maybe 6 hours. * Decent keyboard despite the small size. I'd guess that it's ~90% the size of a full keyboard, but it's not hard to get around on. Asus has a lot of experience in this department. * The computer seems reasonably well constructed. * The lack of Windows is a pro for me -- otherwise I'd have just bought a Windows 8 computer and immediately wiped the hard drive and replaced it with some form of Linux. This is a matter of taste, however. * No junkware. (Does Linux commercial junkware actually exist?) The default Ubuntu install is pretty standard. It's more of less what you'd get from a clean install, so you can use it out of the box without having to spend a tedious hour uninstalling useless antivirus software. * The battery is removable and replaceable. * It came in some solid and safe but fairly minimalist packaging, both the (unbleached and unglossy cardboard) Asus box and the shipping box from Newegg. It means less mess sitting around in my small apartment while I'm holding onto the packaging in case something goes wrong, and it also feels a lot less wasteful than some packaging I've seen recently. It's a little thing, but I appreciate it. * Did I mention how inexpensive the machine is?

Cons: I should preface this by noting that the first two of these cons can be avoided by simply sticking to the default Ubuntu installation. The wifi and touchpad worked fine out of the box, and only became problematic when I started upgrading. * The wifi uses a Broadcom 4313 chip. This has mediocre support in Linux, and is something of a problem. It's fine with the default install, but when I replaced the default with Xubuntu 13.04 I had difficulties. These were mostly solved by blacklisting some modules and then "sudo modprobe brcmsmac", but the wifi is still flaky enough that I'm using a $10 usb wifi dongle instead. * The touchpad is small. It's also quite jumpy and oversensitive in the new installation. I've had to tone it down to make it usable. If you search for xinput and "synaptics finger" you'll find some pretty simple instructions. * The machine runs slightly hot on the left side near the vent, and there is a bit of fan noise. Nothing egregious, but it's there. * The hard drive is a bit noisy and not especially fast or large. * You can't upgrade or replace the RAM, and swapping out the hard drive requires that you disassemble the machine. * There is a small amount of flex in the center of the keyboard. I don't really notice it when I'm typing, but it's there. * I like the screen resolution, but on the 10" screen some text and GUI features can get quite small. You can almost always tweak your way around the problem, but it's something that will always be there. This isn't anyone's fault, just an inevitable result of a relatively high resolution on a tiny screen. * No optical drive. (Not that any other machine in this class has one.) * I really don't like the Ubuntu default desktop, but you can fix this in a couple of minutes by installing XFCE or KDE or LXDE or what have you.

Overall Review: The 1015E really is what the netbook should have become 18 months ago. It's a pretty big jump in performance over most late-generation netbooks, has an adequate amount of RAM and hard drive space, and a screen resolution that finally allows you to see the entire . The machine is all plastic, but it feels pretty solid, and feels as though it should stand up to a reasonable amount of use and abuse. My list of cons was pretty long, and in a $750 ultrabook I would make more of them. But this (despite the marketing) is a netbook. The only other mainstream machines on the market at this size and price are Chromebooks, that require a bit of hackery to run a full desktop environment. Compared to its peers (so long as you don't want to run Chrome full time), this machine is a real winner. It's a niche product, but if you fall into that niche then it's an excellent choice. My only hesitation in recommending it is the potential for wifi problems. If you are an experienced Linux user, or if you are content to stick with the system's defaults, then that's not a big deal. But it's something to be aware of.

Cons: Requires an external CD/DVD USB drive (I use the LG Slim DVD Writer with it).

Cons: Combined headphone/microphone (smart phone type) jack a negative for me/some but works; had to use 1/8" 4-Pole Plug to 2 1/8" Stereo Jack Adapter (google for options) to use regular uncombined inputs. WiFi seems to work under pre-installed ubuntu but not working under other Linux versions but have tried hard to get it going. Knoppix 7.2 did not boot successfully although Debian Wheezy LXDE booted / installed OK and preloaded Ubuntu seems OK. Case design/surface is not great (but not that bad). No indicator lights (for caps-lock/etc; does have power/hdd/wireless lights). Seems not to be bootable from USB3.0 slot (but other side/slot OK) and USB3.0 writes seems too slow (but could be stick).

Pros: Very nifty little thing, perfect for traveling, picture dump (with its usb 3.0), quiet, lightweight and quite fast considering its one of the least expensive notebooks. It comes with Linux/Ubuntu 12.04, but I installed an XP next to it in case I need to do small works. I'm running Photoshop 7 and Dreamweaver 2k3mx and it feels like it could handle newer versions. I couldn't be more happier with the purchase.

Overall Review: If your needs are moderate, this is a great little netbook. You shouldn't expect to do heavy video editing or hardcore gaming on it, but you can do word processing, some development, and number crunching like a champ (along with any GIMP work you need to do). I have MySQL, PHP, and Apache running on it, and they all run fine. If you require more than a Chromebook can give you, but an ultrabook would be overkill, it's a great little laptop. Just be aware of two things (referenced in the Cons section of the review): 1) You'll want to pick up a pointing device. The trackpad on this thing is just bad. 2) If you upgrade to Ubuntu 13.04, you'll probably experience a problem with your wireless card. explore the problem beforehand or research it on another machine when your wireless card is inaccessible. The wireless card problem isn't insurmountable, but you'll need to google for the solution. (If I could, I'd post a link to it here.)

Pros: Comes installed with Ubuntu, which I think frankly is craaaaap due to unity on a non-touch screen. With that said though, since it comes with Ubuntu it's easy enough to install Linux Mint and have a fully functional production notebook. Or, install some extra RAM and install Windows 7 or Windows 8.

Cons: Comes with Ubuntu, but that's easy enough to overcome. Also not the sturdiest construction in the world, so BE CAREFUL! I would have given it a 5 egg rating except for the sorta flimsy construction. TBH for a single individual or a couple without kids or rowdy dogs it would probably be perfect. I have a Jack Russell, two kids, and a forgetful wife, so things need to be built from titanium, or bolted down to survive.

Overall Review: Just purchased so we'll see if I feel the same in 6 Months.

Pros: I have had this computer for 14 months now. I use it daily for internet, some light office work occasionally, and a lot of reading of e-books. At first I was worried about the small screen size, but I quickly adjusted, and now I like it because of the small size. The only problem I have had with it is after awhile the charging jack inside became loose and it had to be opened up and soldered back on to the circuit board at a computer shop. So be careful with the jack, don't allow it to get jammed or jostled.

Cons: The charging port is susceptible to becoming loose. See above comments.

Manufacturer Response:
Dear Valued Customer, It's great to know that you consider the netbook a great little computer for the price. Thank you for reminding other users to be careful when disconnecting the AC adapter from the DC jack or charging port. Should you need further assistance, please email me at cl-rodel@asus.com and write down service# N140961887 on the subject line. Thank you for choosing an ASUS product. Regards, Rodel ASUS Customer Loyalty
Talon F.
Ownership: 1 day to 1 week
Verified Owner
Cute Laptop, Bad Wireless11/2/2013 11:01:21 AM

Pros: Great little laptop for the price. A good introduction to Linux and Ubuntu, and light weight.

Cons: Firstly the mouse. It is super touchy and the right click function is nigh impossible given that. But I can handle that, and even bought a mouse to go along with it. The Wireless card on the other hand... now that's another story. The Broadcom 4313 has absolutely TERRIBLE performance with Ubuntu software Just google BCM4313 . In 12.04, default Ubuntu package (think Windows 7 instead of 8) the Wireless card was able to pick up my home network no problem, but as soon as I traveled I lost connectivity to any other network. First the networks wouldn't show up, then the card wouldn't connect. I did online trouble shooting, Ubuntu software fixes. Tried a variety of different drivers. The thing just didn't work anymore. I repeat, and summarize; NO WIRELESS CONNECTIVITY AFTER 24 HOURS

Overall Review: Its a perfect little laptop but I think its a bit disingenuous on Asus' part to package a wireless card with KNOWN issues with Ubuntu. RMA'd Asus, I love your stuff. I bought a x401a instead and am looking forward to getting it in the mail. But seriously, come on.

Manufacturer Response:
Dear Valued Customer, Thank you for the positive review. The built-in WIFI device was tested running Ubuntu with no problem found, please make sure the wireless device was configured correctly and a wireless router or access point is within range to establish a strong signal connection. I understand your concern regarding the WIFI and you have return the unit for a better laptop. Should you need further assistance, please email me at cl-rodel@asus.com and write down service# 3124136 on the subject line. Thank you for choosing an ASUS product. Regards, Rodel ASUS Customer Loyalty