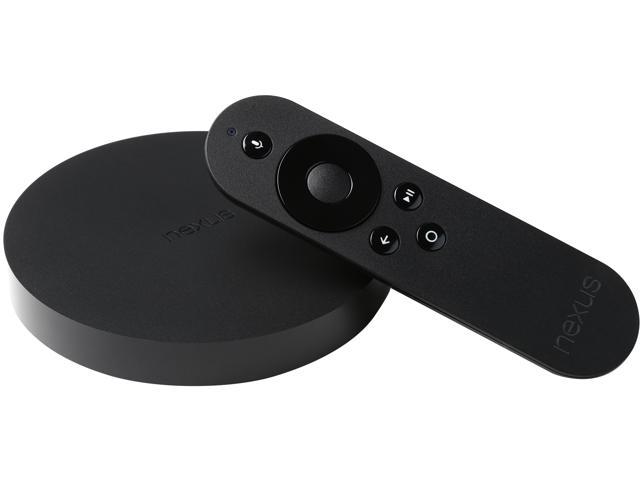 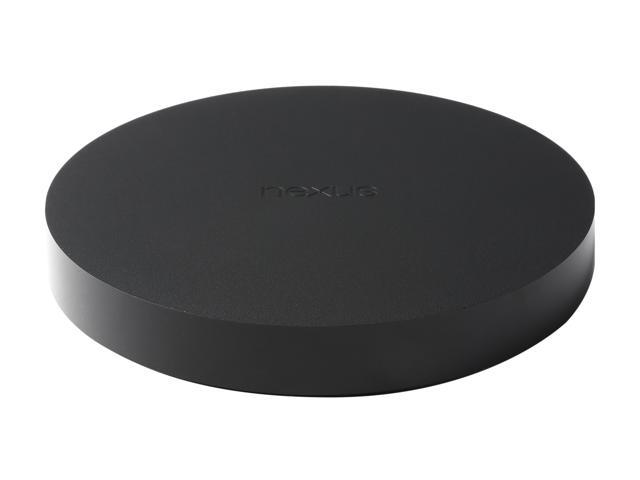 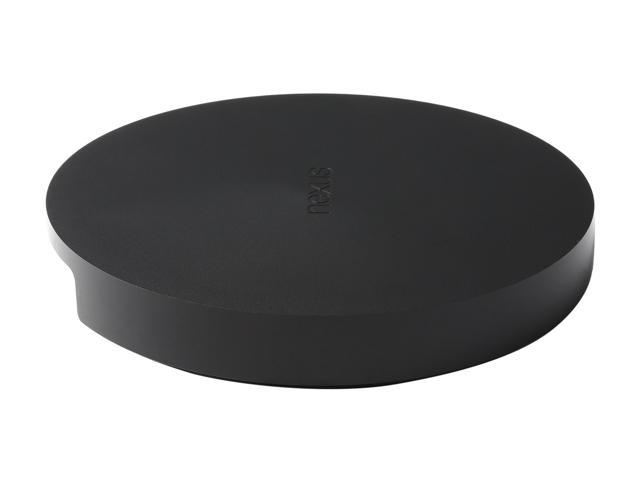 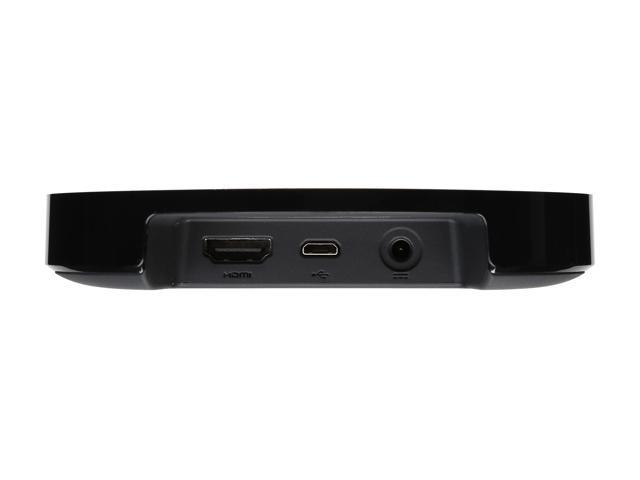 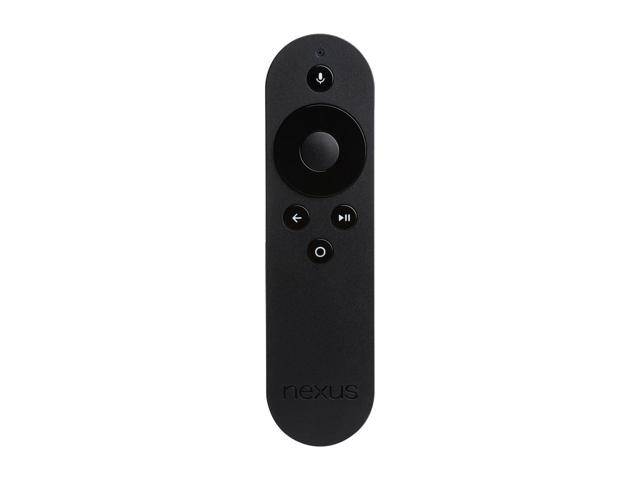 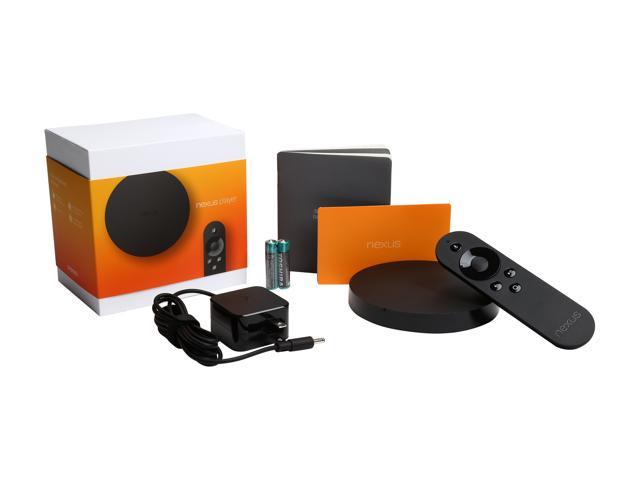 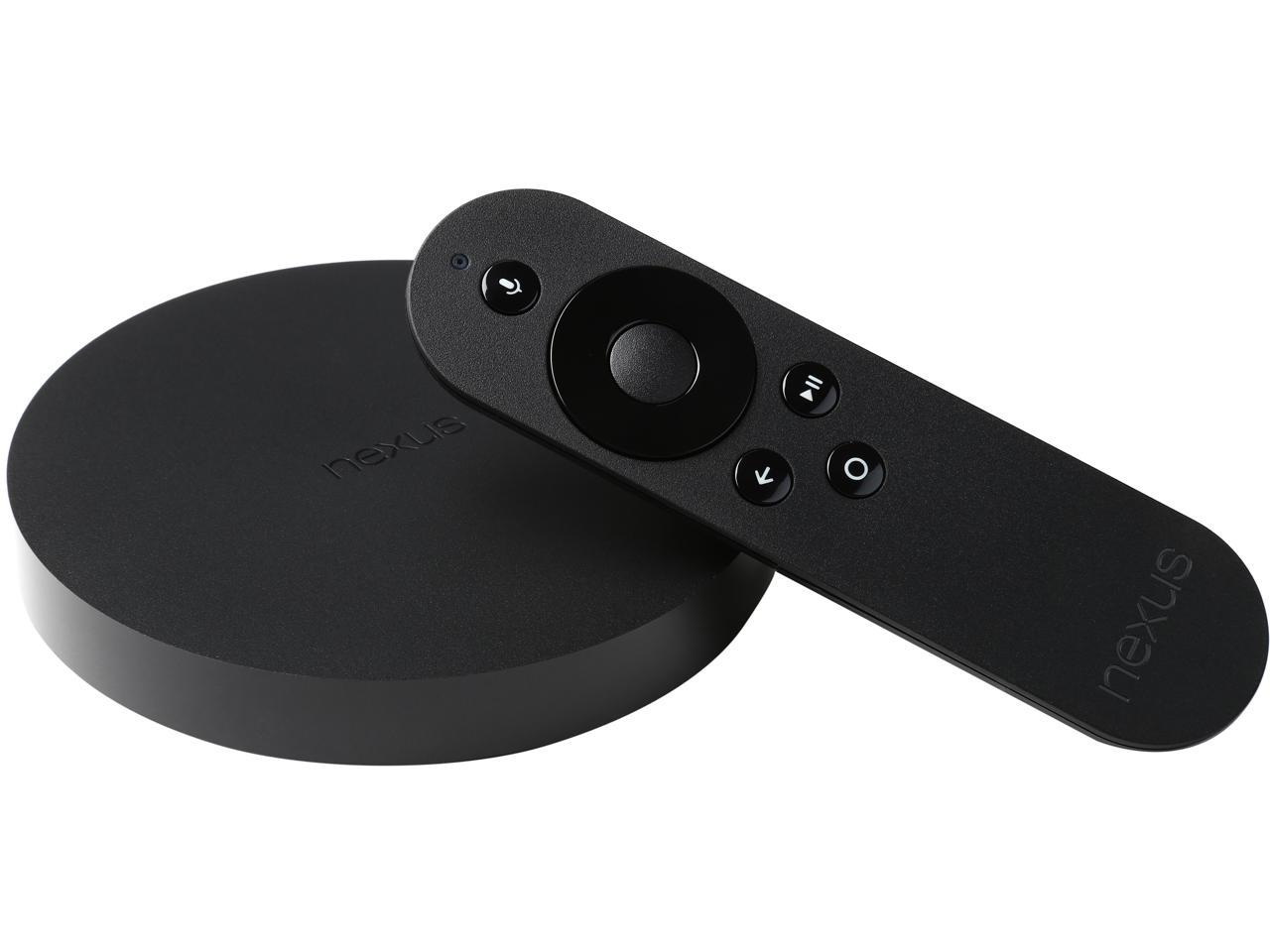 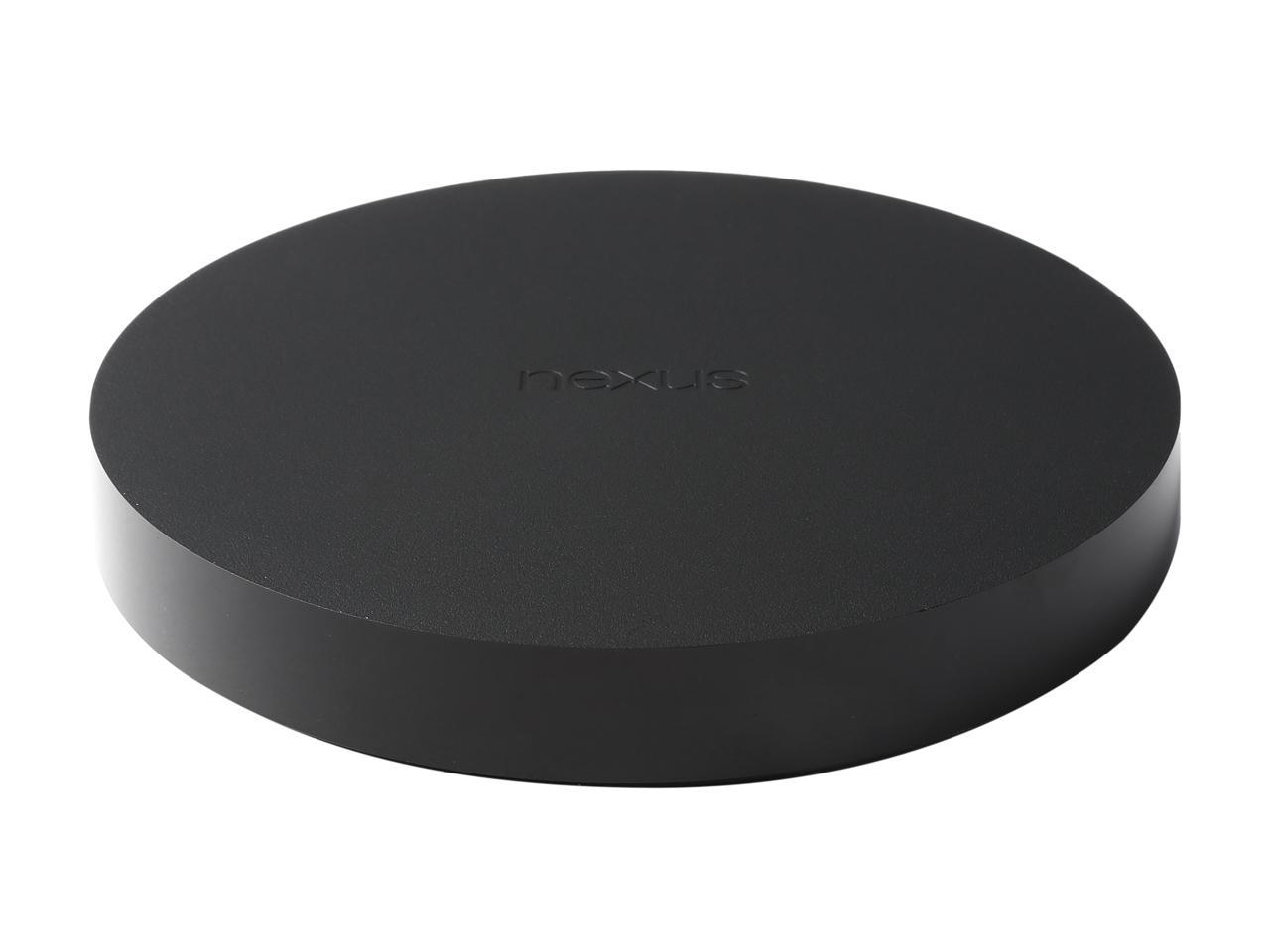 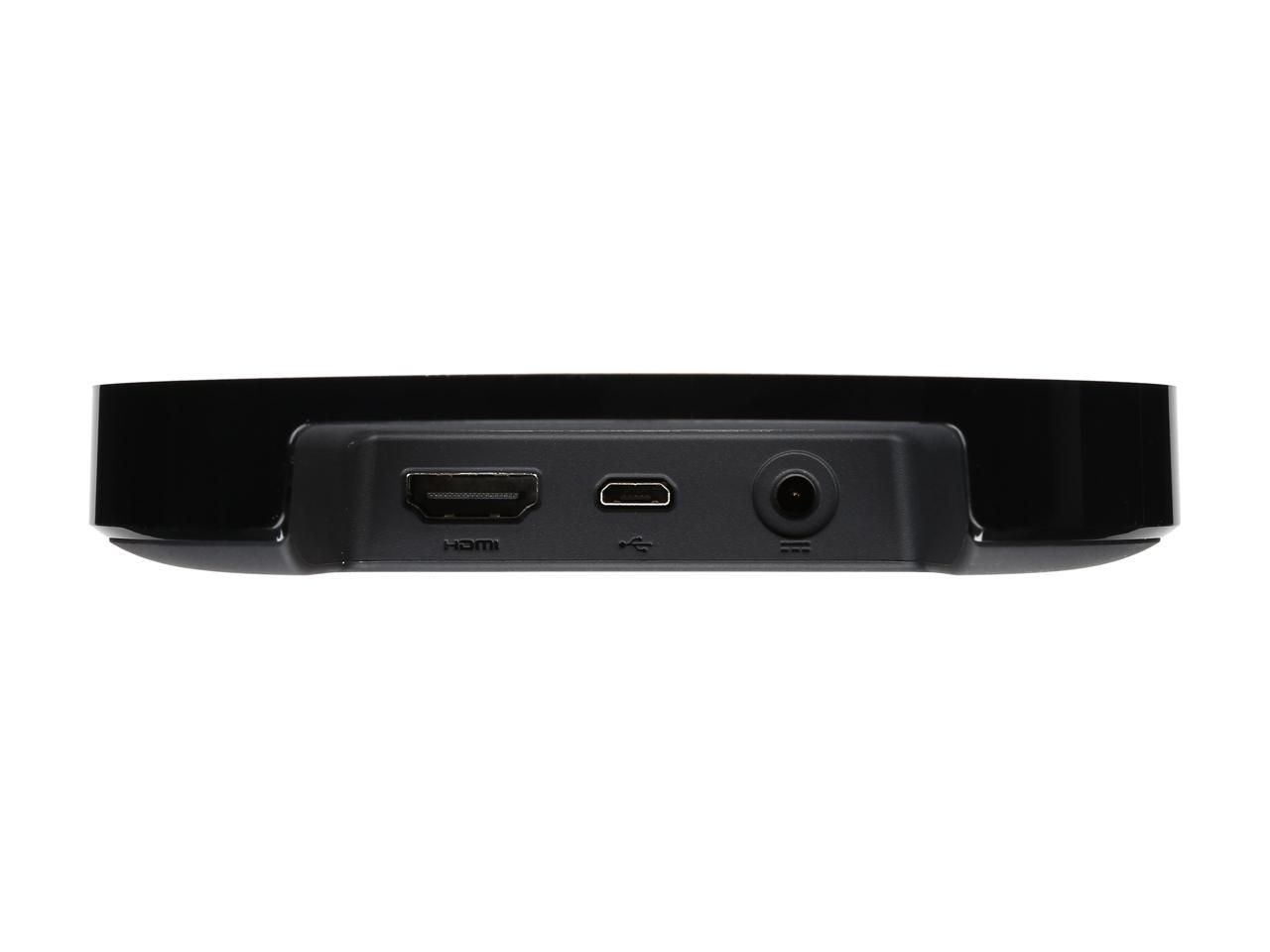 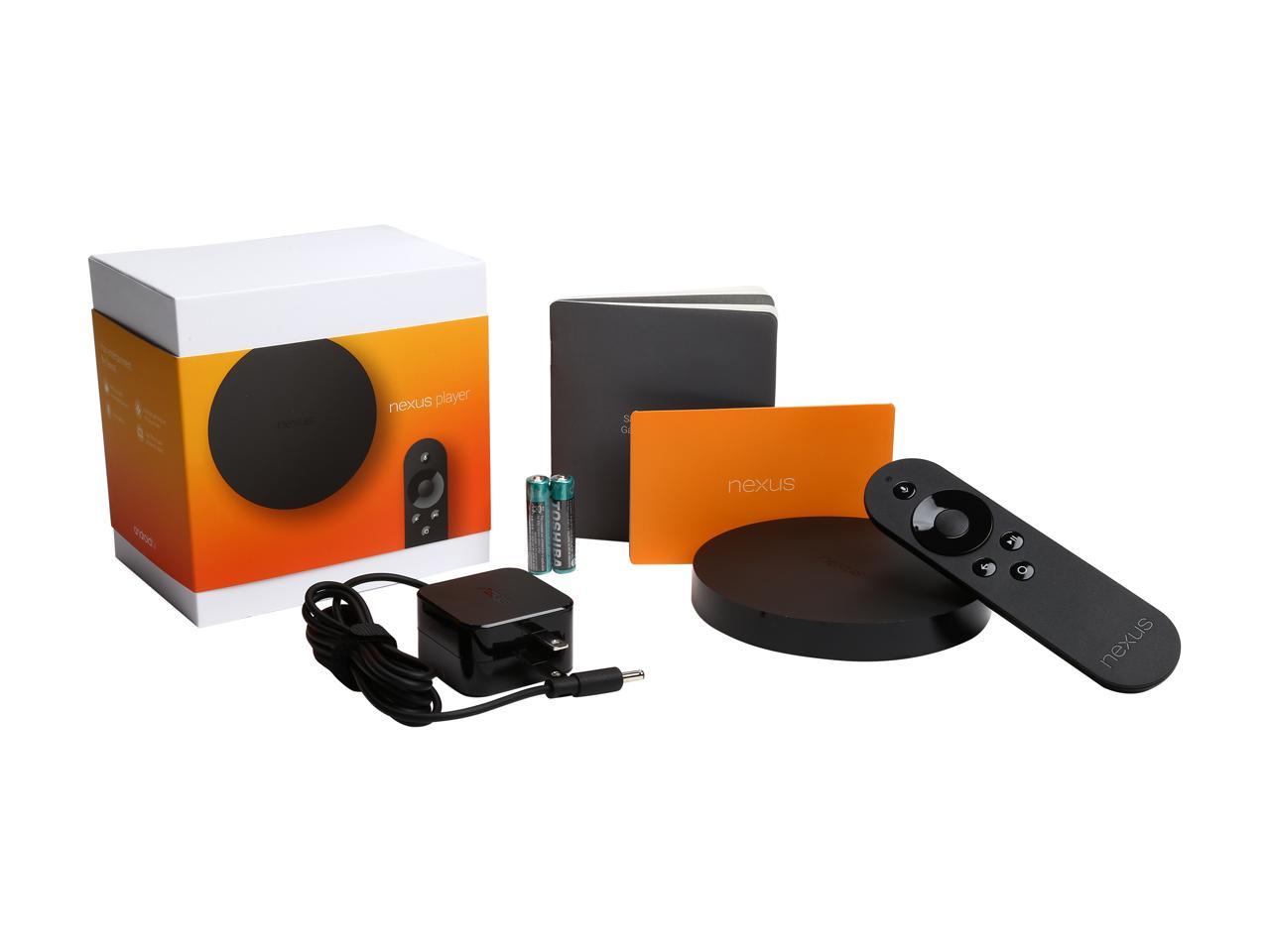 Pros: - HDMI Output - Small Footprint - Quiet Operation - Chromecast from other devices - It's a Nexus device so it will get Android updates faster than third party Android TV devices. - Packaged Well

Overall Review: This is the first Android TV device I have purchased as I believe it is the only one on the market at this time. I've always been a "beta" tester when it comes to tech devices, so I thought, "what the heck"? I am very impressed with the build quality of the Nexus player. It feels solid and has a sleek design about it. I like how the connection ports recess into the back underside of the device. I feel this helps keep less strain on the ports from cables bending. Playback was as expected on a 1080p HDTV. I experienced no hiccups or stutters watching Netflix and YouTube streams. Playback was butter. The gaming experience was good as well. I purchased the optional gaming controller and it paired up and worked great with the set-top box. Using the gaming controller to navigate was easy, too. I can't say much for the included remote, as I do not use it. If you don't feel like using the remote you can choose the option of using your android device and install the Android TV Remote Control. It is available on the Play Store. My only con would have to be the amount of games available for the Nexus Player. There's not much. This will change once developers make any needed changes to their existing apps. With that being said, you can find more apps and games available if you open up the play store on your PC once you've logged into your Google account. You can select an app and drop down your device list to see if you can select the Nexus Player. If so, you can install that app. Basically, if you don't see the app you want on the Nexus Player then search for it on the Play Store website. I hope this gets a little easier though. No Eggs deducted for this as Android TV is still in it's early stages of life.

Pros: Easy to Install KODI. has microusb plug connection for versatility. stylish design, small footprint. it can be put just about anywhere since it uses bluetooth and not infrared. speedy. since it's a nexus google makes updates available. marshmellow 6.0 update available. inexpensive. bluetooth allows for headset and mouse/keyboard connectivity. you can instal es file explorer easy. did i mentioned KODI can be install :D

Cons: since it only has 1gb ram it can lag on game intensive ram demand. the low 8gb hard drive (of which only 5gb is available when you start) is not enough for people who may want to add a few games for the kids. no ethernet but you can purchase a microusb to ethernet cable if you really need it.

Pros: - The product looks nice. - Might be less awful if you bought a Bluetooth keyboard for it.

Cons: - No web browser, if you do use a computer to install the web browser, it is almost completely unusable. - Most apps, even ones that can be installed do not work correctly. Installing Google results in the screen rotating sideways for example. - "Typing" is either done by voice recognition or often by selecting letters on a screen keyboard with the slow and awful remote control.

Overall Review: I would not recommend this product to anyone and regret purchasing it.

Pros: this is a nexus... people. not an fire tv or roku, there is no hand holding going on here, even though its been refined with android 6.0 to be more accessible. Does everything i need and some, since its a nexus device. as stated before from previous owners, the easy ability to install kodi from the play store makes this a no brainer. -expandability with micro-usb OTG cable

Overall Review: don't buy this if you have little appreciation for open garden devices (apple devices would be the opposite of this).

Pros: Dual band and 802.11ac. Works great for Netflix and HBO Now. Can be used as a chromecast too.

Cons: No ethernet port. Not much storage. Micro usb port, not full size.

Cons: not as price competitive as a roku

Cons: AS OF JAN 27 2015 no power button and no way via system software to reboot the device. no forward or back seek buttons on the remote and as far as i can tell the 5 way pad only functions as seek for native apps, not for casted apps. doesn't wake properly causing hdmi video output to display 'no signal' until you manually switch input away from and back to nexus player, or reboot the device. googlecast (chromecast) functionality doesn't work as well on this device as with the chromecast. (watch espn app works great with chromecast but nexus player has issues reporting correctly to the host casting device) wifi not quite as reliable as the chromecast - buffers, while chromecast plays smoothly (from the same location, connected to the same tv, on the same network, playing from the same source app). audio only through HDMI. can't connect and stream audio via bluetooth speaker for audio output. extremely limited functionality despite running android 5.0

Overall Review: TL:DR in the end, there are software issues with this device worth cutting google some slack as i'm sure they'll get fixed and the selection of apps will inevitably grow but the issues with the hardware design are a significant disappointment. i really wanted to like this product. i really looked forward to this product. unfortunately, it didn't deliver. GAMERS SEE LAST NOTE: at this point, google play music and pandora native apps are worse user experience with less functionality than the phone/tablet apps and casting to the device. no native hbogo or espn app and 'special' play store with very few apps. GAMERS - sadly with the gamepad, google a critical design error. it looks like a standard gamepad layout, but forget using it as a standard gamepad because the select and start buttons are the android back and home buttons. this means if you have years of experience hitting the start button on an xbox or playstation controller to get a main menu, you're going to find yourself at the home screen and out of your game with frustrating regularity. worse than that, this means any implementation for a standard gamepad layout as known by developers and gamers worldwide would have to be modified to work correctly with this layout as by comparison, it's actually missing a button from the standard layout (select). this means if you wanted to do in home streaming of your pc games to the nexus player, xbox controller layouts don't work despite the limelight app working well on the nexus player. is there's really not ONE gamer at google who had hands on with this thing? look closely at the razer forge tv gamepad controller pictures and you will see razer did not make the same mistake.

Pros: Simple and easy to use layout and the ability (with know how) to run most android applications from a TV.

Cons: After less than 12 hours of owning and 5 installed games (from the players store nothing external at all) I have already hit the memory limitation - which is the only and most serious downfall this box has. The lack of an external sd slot for additional app storage was a major fail with this device. Because of this I'm going to try an return the product. I will keep the game controller I purchased separately and use with my note 4 and an MHL cable because it's a decent controller - no pause or menu buttons though, so I actually may return that for a 3rd party controller as well. I was so excited for for this too. Bummed it turned out to be a waste of $100.. I feel that for what this is, the specifications could have been much better at the price point.