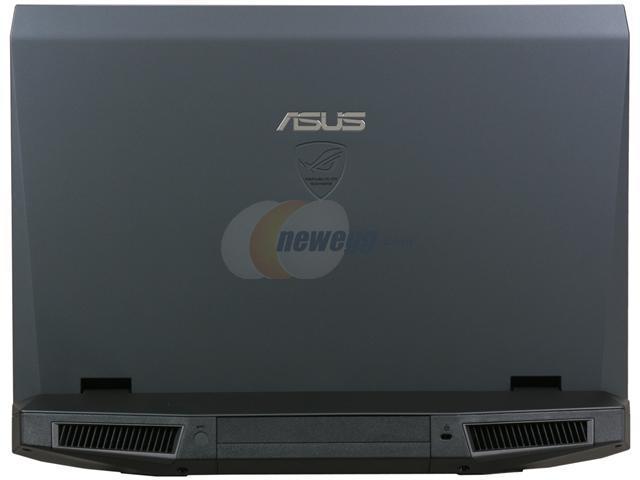 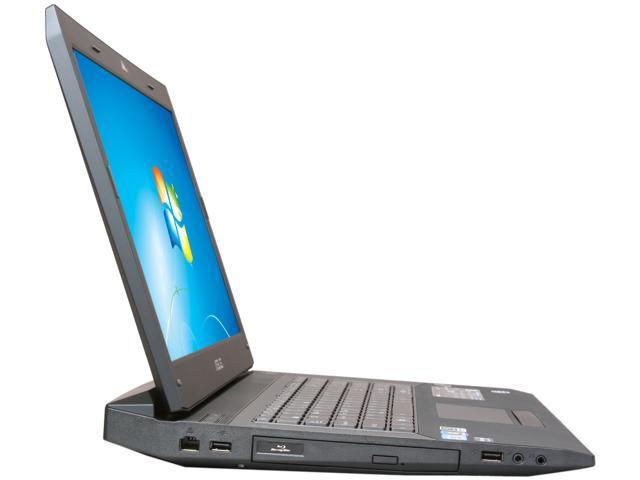 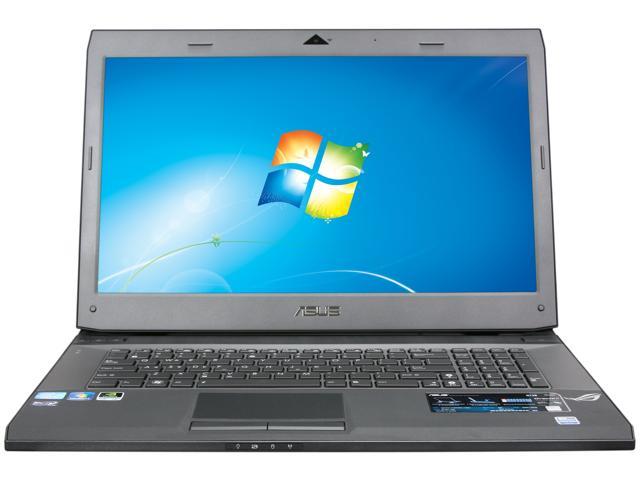 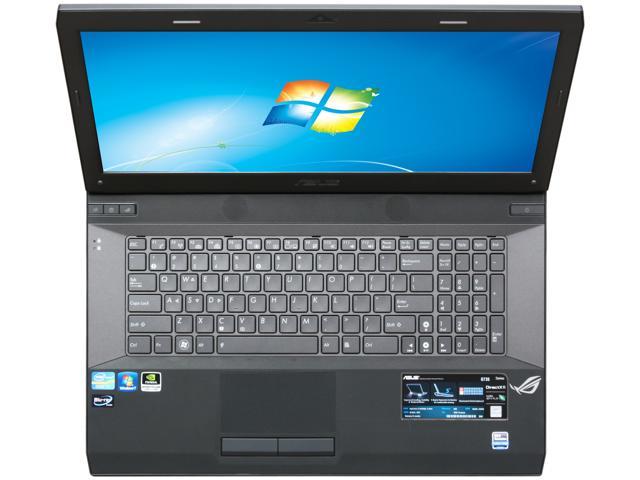 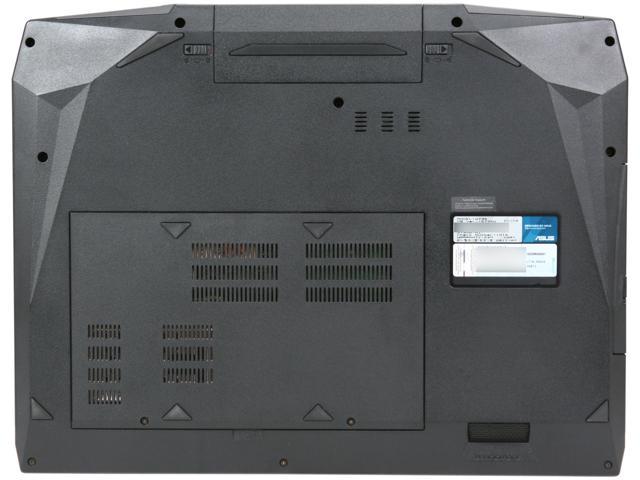 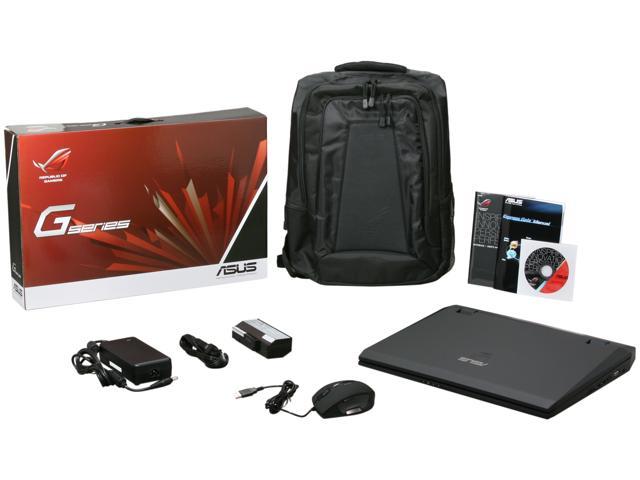 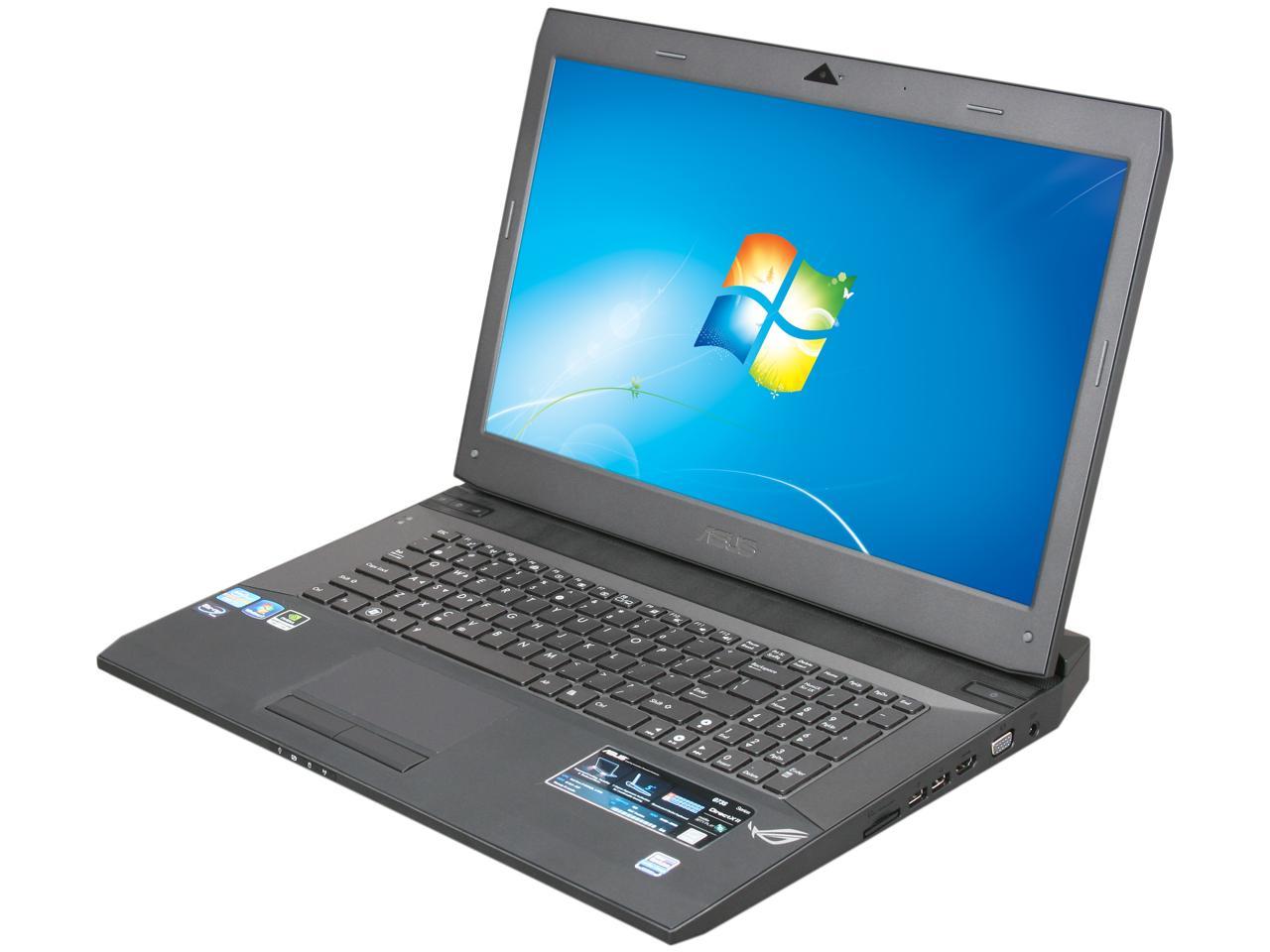 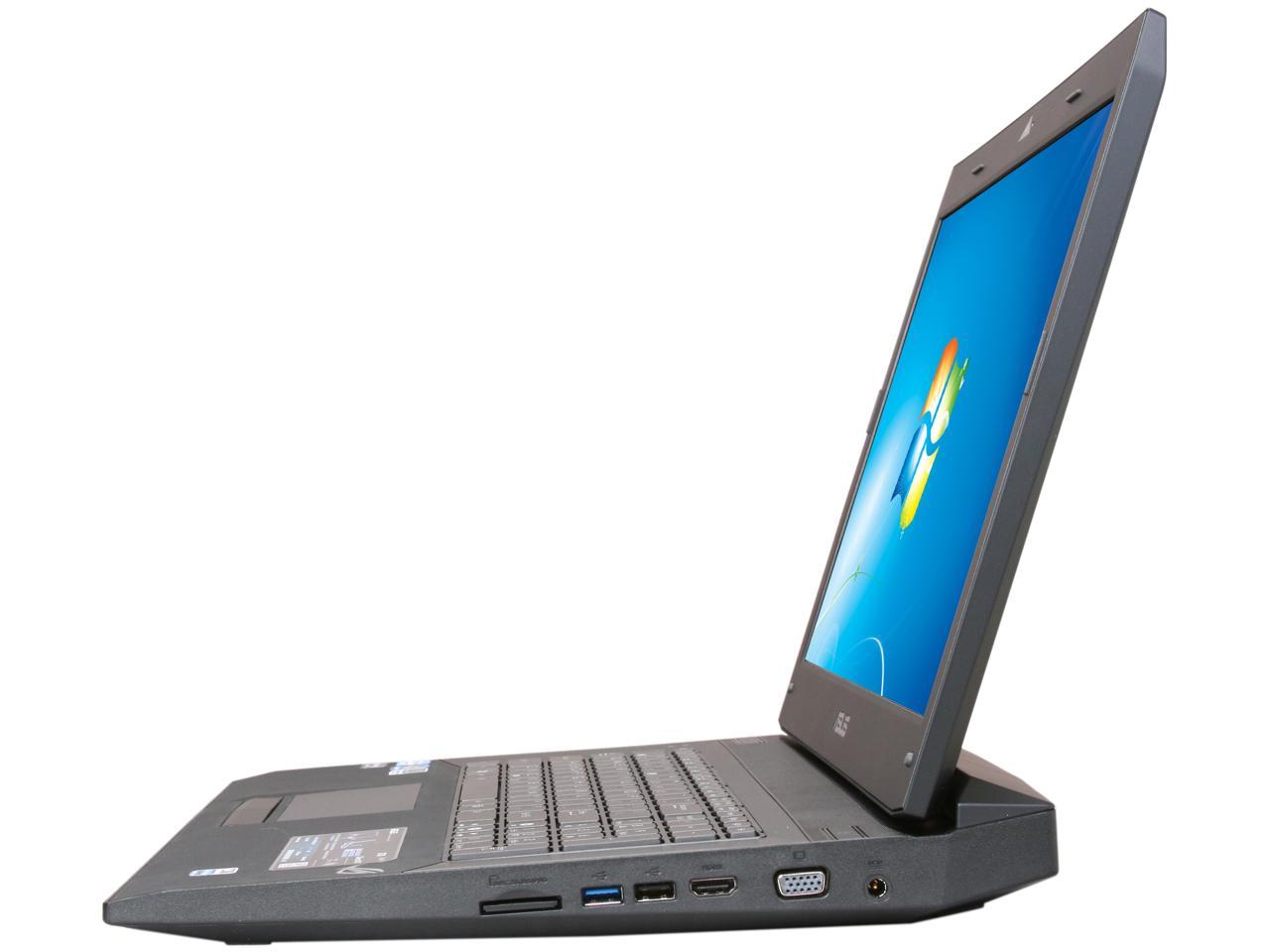 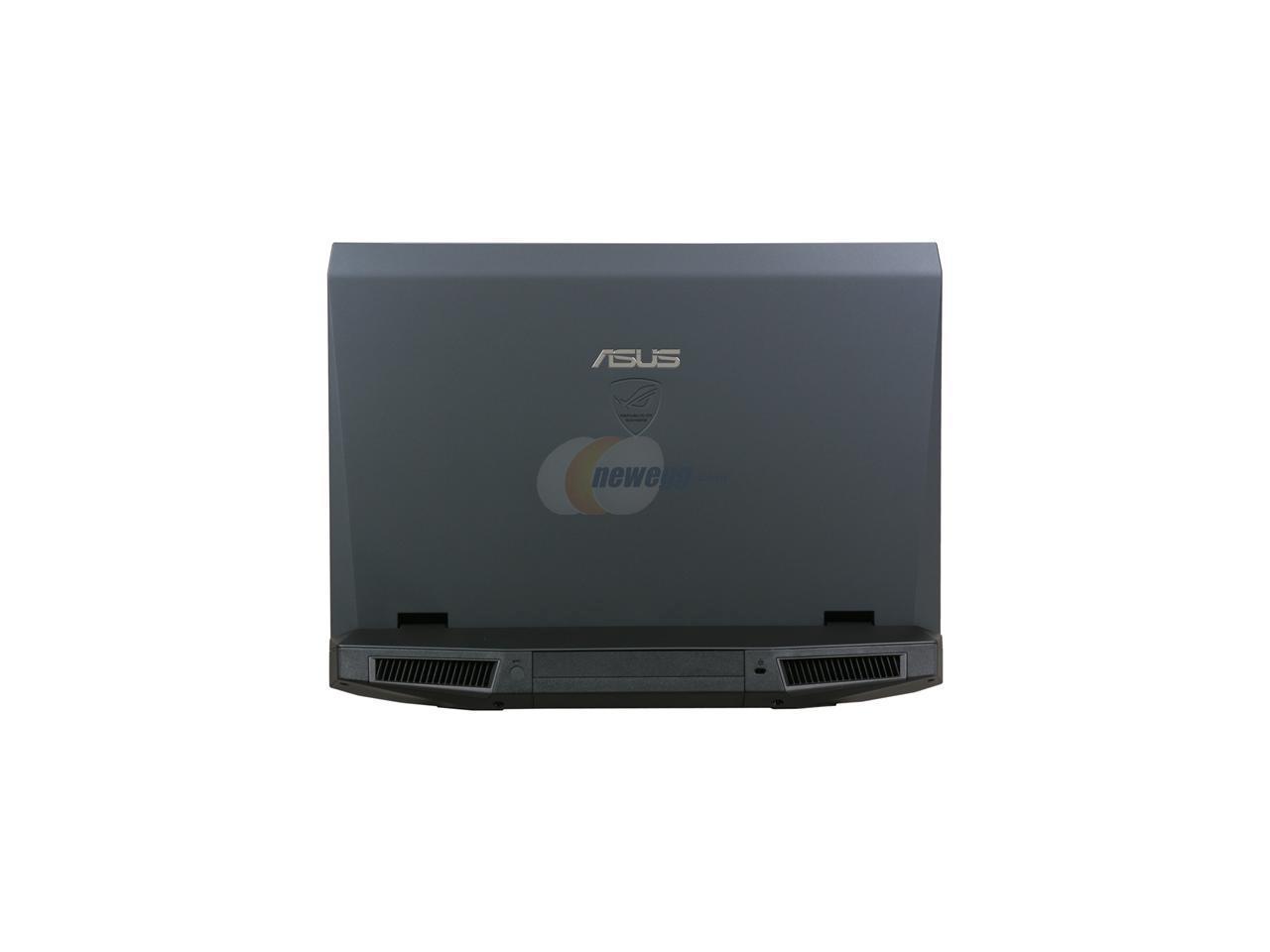 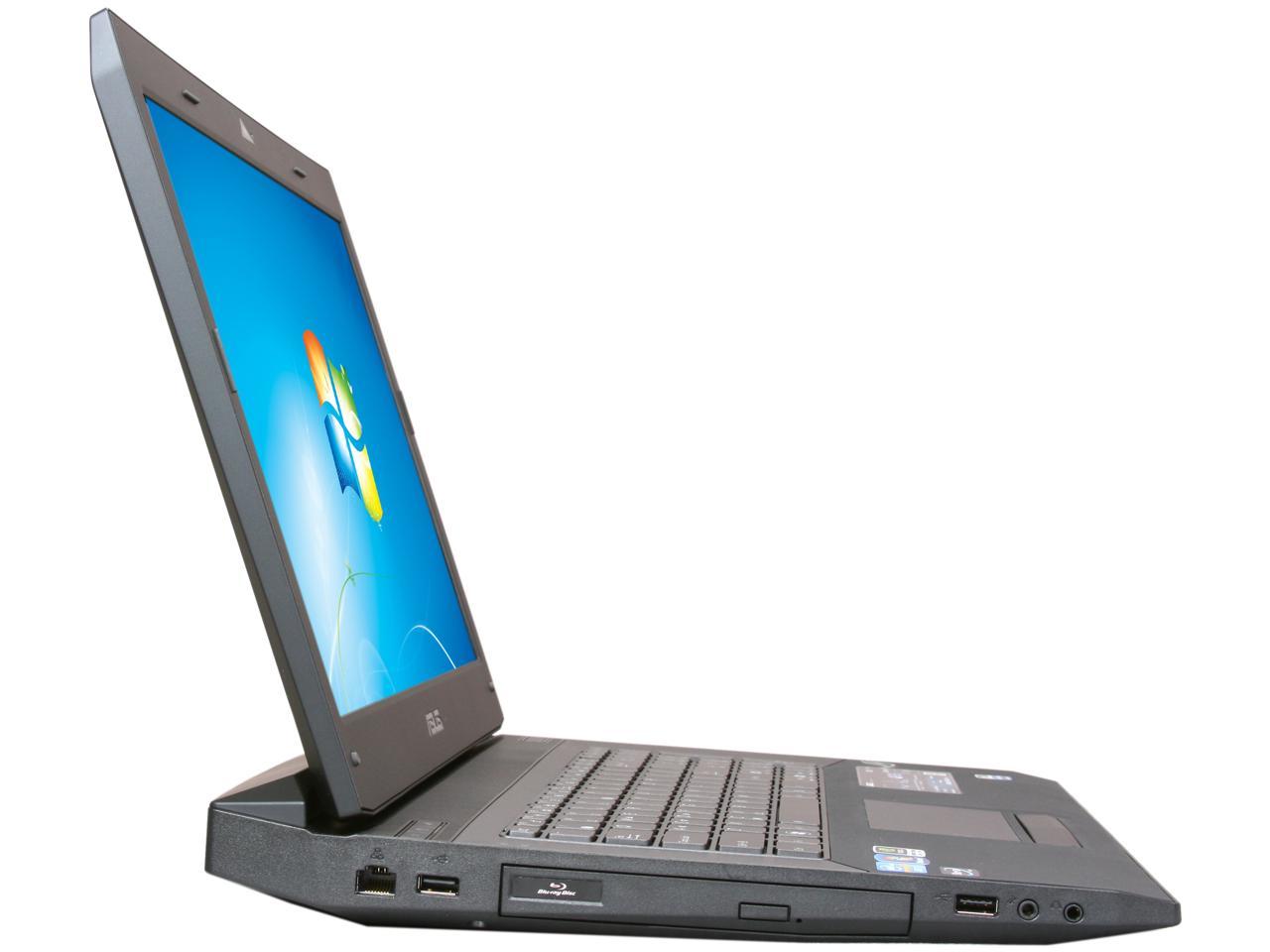 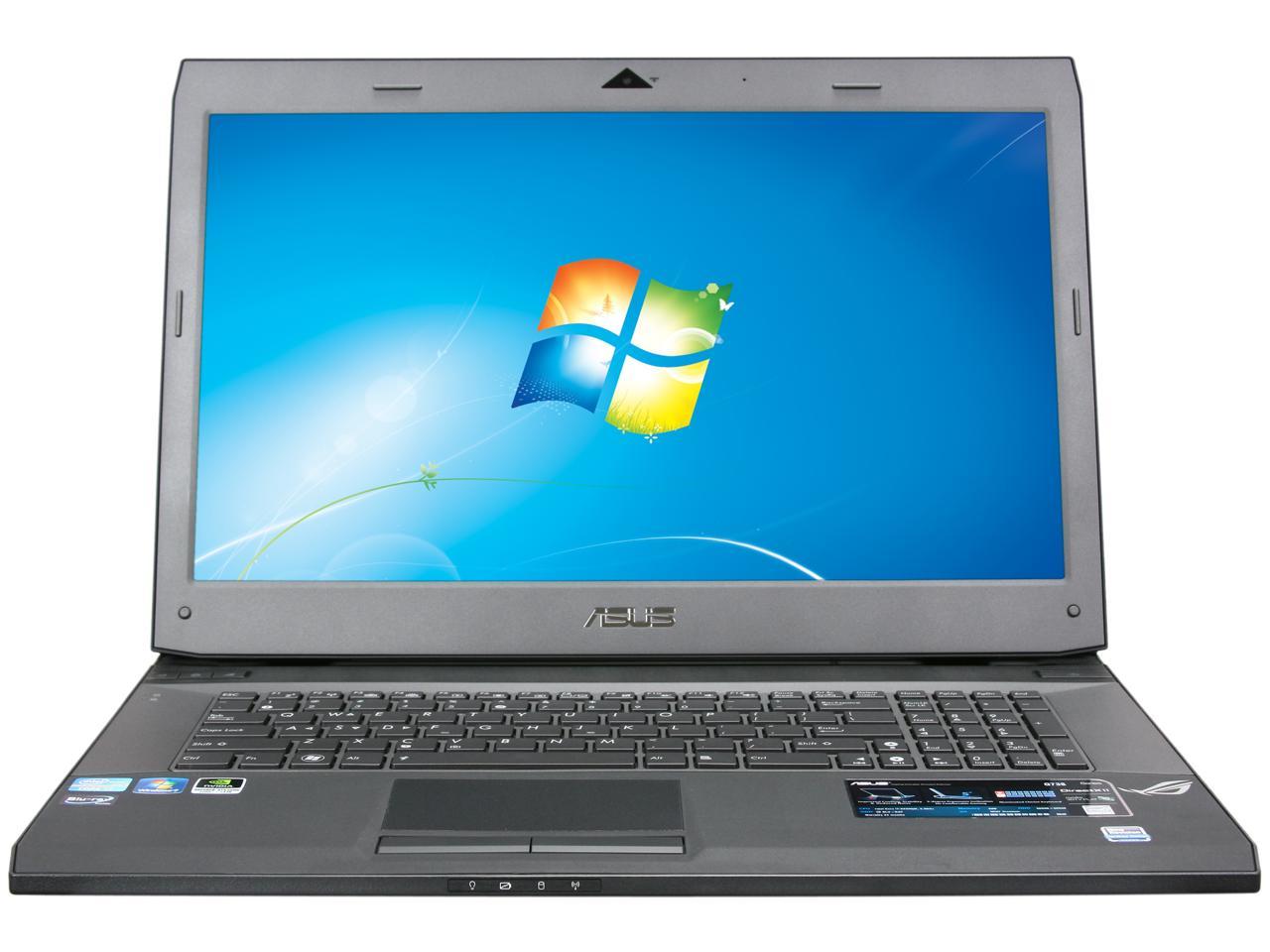 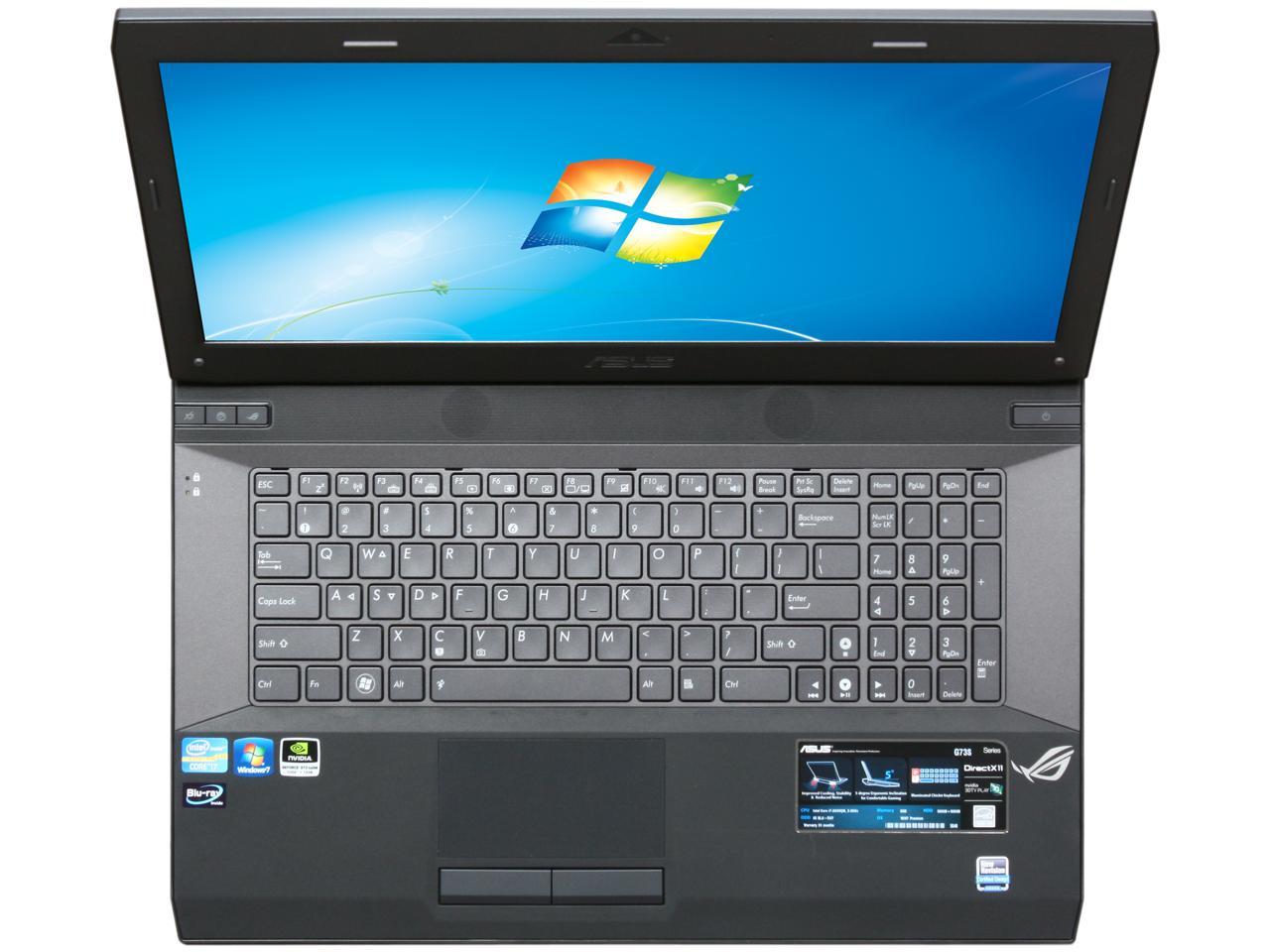 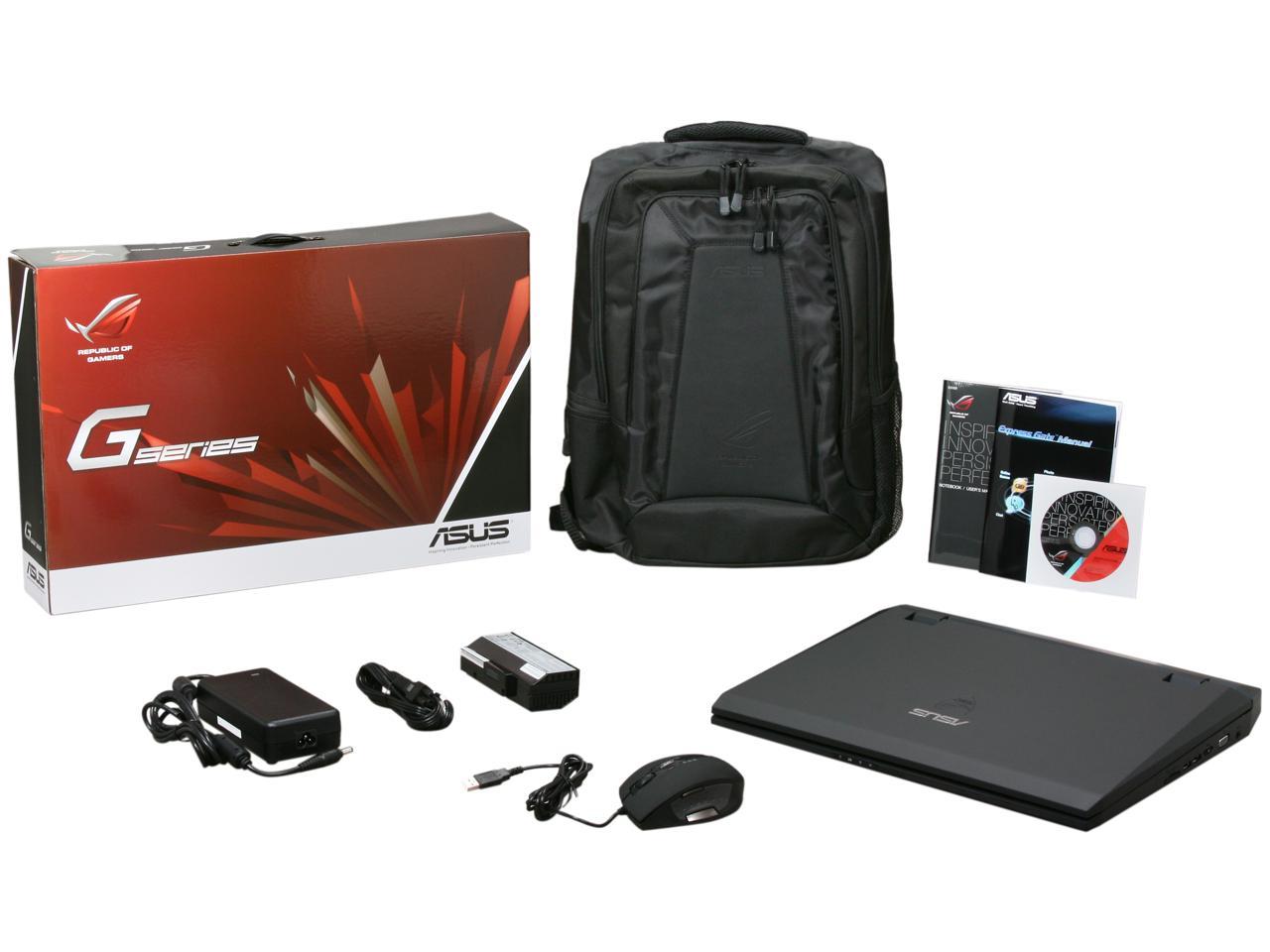 Learn more about the ASUS G73SW-A1

Pros: Extremely fast. Crisp image. Best sound I've heard out of laptop speakers. --90FPS ultra settings in World of Warcraft(Cataclysm). --Great with Visual Studio 2010. Compiles very quickly, but I imagine would be faster with pure SSD drives. --Smooth playback for 1080p MKV files using VLC. --Great to output to a HDTV or projector via HDMI alone or using S/PDIF optical audio if receiver doesn't do HDMI audio. --Sustains 110MB/sec+ write speed when copying large files over gigabit ethernet. Again, this could be faster if you replace one of the internal drives with an SSD.

Cons: Heavy. But that's expected for a portable desktop replacement. Recent recall on intel sandy bridge chipset, with reported 5% chance of IO port degradation over time. I haven't received any information from newegg or Asus unfortunately to know if they are replacing the entire unit.

Overall Review: Recently discovered the headphone mini jack can do S/PDIF. Simply use a mini-TOSLINK connector and then hook toslink cable to your receiver. HDMI output

Pros: Too many to list. Processor speed is amazing. Display quality is like none I have ever seen on a laptop. Graphics are far above and beyond my expectations. Sound quality is great. Keyboard is very functional and well placed. I am on it for hours on end and has never even felt hot once. It is super quiet. Very low operation noise. Able to play games with the most demanding graphics at the highest settings flawless.

Cons: Size. Is big and heavy. Would I trade these specs for a couple inches smaller laptop? Never!

Overall Review: It had taken me a while to make up my mind when purchasing my laptop. I was stuck between alienware and this asus. Needless to say I have no regrets. My friend owns a newer alienware and he said he would trade it for mine hands down. That should say enough right there.

Pros: You get a Sandy Bridge CPU, 8gb of Ram, and RAID zero with 1TB of memory.. PLUS a true 1080p resolution for under 2grand.. yeah, that's hard to beat. Not to mention the 460m GPU is outstanding. But better yet, this thing NEVER gets hot. I swear I could use it outside on a summar day under a blanket and it would never get hot. Not to mention, unlike many of it's competitors making gaming laptops without a backlit keyboard (for who-knows why!), this machine actually gives you that basic feature, and I love it - even comes with different light intensities!! Speaker aren't too bad either. So far I have had no issues with missed key strokes, which is nice... and I love the size and sensitivity of the touch pad.

Cons: - Pretty heavy - The keyboard takes getting used to - but I like it now - You have to update quite a bit of software and drivers to make the features work. I had to call ASUS to figure out what drivers I would need to make the keyboard backlight function correctly.. which really wasn't a huge deal, but it took some time. - Battery life isn't BAD, but not great in real usage.

Overall Review: Honestly, I tried 2 other laptops (returned them all) before going with this one: - HP dv7tqe - MSI 660R The HP just wasn't fast enough with the price.. the MSI was nice, but the speakers rattled the hell out of the keyboard and made insane noise. This ASUS is tight as a drum!

Overall Review: The laptop comes pre-installed with Windows 7. I moved the Primary drive to secondary slot, and installed OSX Lion using tutorial found via Google. There was a forum section specifically for the G73SW. Following the step by step instructions I bought an official version of OSX Lion on my Macbook Air and made the USB Install drive. I now have OSX Lion setup on a 128GB SSD drive in the primary slot, and the boot loader found my Widows 7 installation on the secondary drive slot. No modification of the Windows 7 was necessary. Everything works in OSX Lion minus the SD Card reader. I have sleep, backlit keyboard, video card works great, multitouch (lite / 2 fingers) camera, wifi, ethernet, all of this from just google searchig OSX Lion G73SW Tutorial. LOVE LOVE LOVE this laptop, and runs Photoshop CS5 (and the rest of the CS5 Suite) extremely fast. Alot faster than my friends brand new 2011 Macbook Pro 2.3Ghz top end model. My G73SW smokes the competition!

Pros: Just about everything. I bought the G74SX because I saw that asus had 'fixed' the monobar button on the touchpad and liked the better video card(3gig 560 gtx). I like to use the comp for business uses (programming, graphics) in addition to games. I like that it is a gaming laptop that does not look like a neon circus. True desktop replacement. Screen is gorgeous, performance is amazing- especially when anything with equivalent specs is going for several hundred to a thousand more.

Cons: Uuuugghh. Keyboard. I almost bought the G73 a while back but was leery of the GSOD reports and all the bad keyboard comments. I figured they fixed that in addition to the split mouse buttons. Wrong. The keyboard is dismal. If you normally are a fast typer, stay away from this computer. I can't write a full paragraph without it missing several keystrokes. It is baffling how Asus hasn't responded to this. Forget programming or doing any important work with this computer it is an excercise in frustration. Even gaming it is almost insult to injury to have a computer that is so obviously capable and responsive fail because it doesn't register a critical keystroke at the right time. I bought another keyboard and use that instead of the one on the laptop but it is an awkward setup and annoying that I have to do that. Absolutely would be a 5 egg computer otherwise, with the keyboard it is 3 eggs and I don't recommend buying this laptop :(

Overall Review: Newegg itself is awesome. Almost bought from another site that allowed customizing, but saw they shipped 'up to two weeks after the order' based on the fact that they allowed customization. Yuck. Oredered newegg 3 day ground (free shipping) and it arrived the next day. Similar outstanding delivery on an Eeepad I ordered as well.

Pros: For gaming, the only thing that really matters is how much raw power you can pack into your system. For a laptop, this thing does just that. So far, this laptop has been able to handle anything I can throw at it, and still has power to spare. The design looks fantastic, especially the matte finish. The cooling is also fantastic. I can't stress that enough, I was able to OC the graphics card to 750Mhz without the temps going over 67 degrees C. All in all, this thing is fantastic.

Cons: The only bad thing I can say about this thing is that; A) its not free, B) the thing is really heavy, but what do you expect from a desktop replacement class laptop. And C) the battery life is terrible, but again your paying for performance with portability

Pros: Great laptop, great design, and a lot of awesome features that I am very happy with. Love the keyboard and mouse. Runs very cool, very much so needed with these specs

Cons: The outside body was damaged with a small slit. Not worth shipping back for replacement, but I expect more out of a $1800 laptop.

Overall Review: This is NOT under the Sandy Bridge recall because it has already been solved on this model. The B3 revision is the laptop Sandy Bridge fix. This laptop is, I repeat IS okay. There is no current issue on this model of laptop.