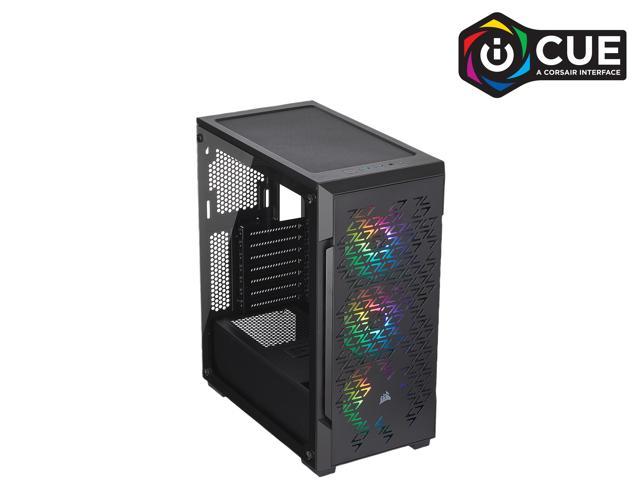 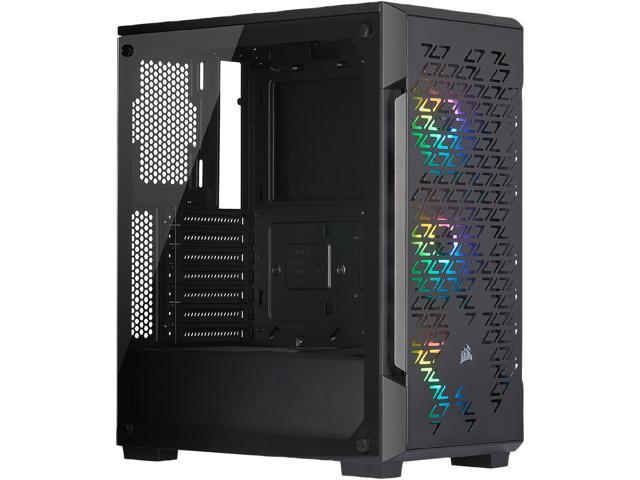 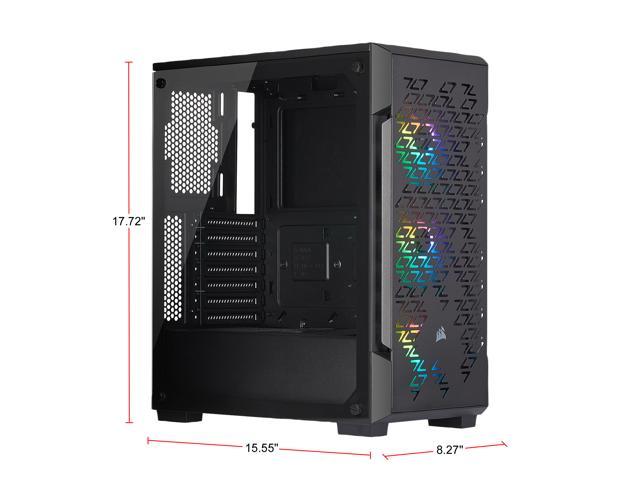 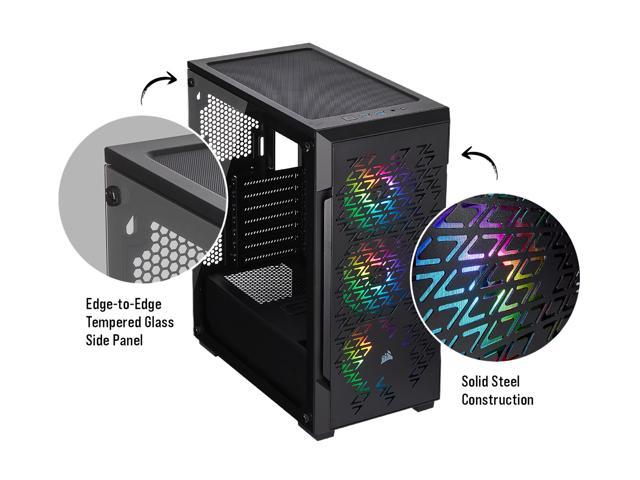 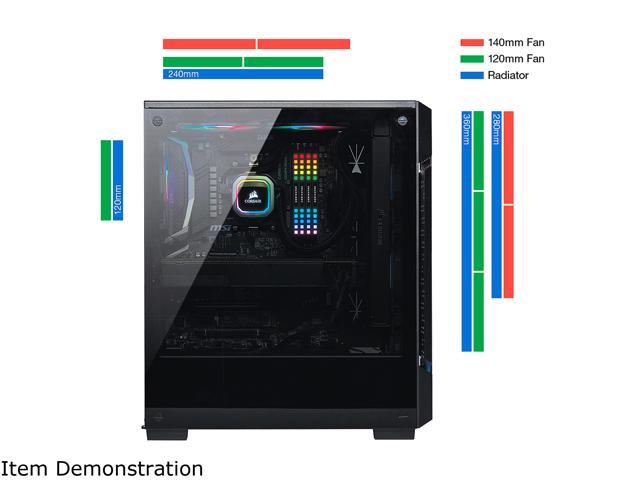 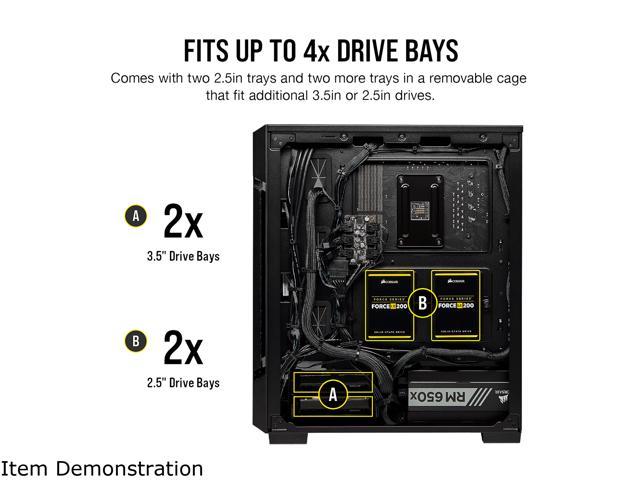 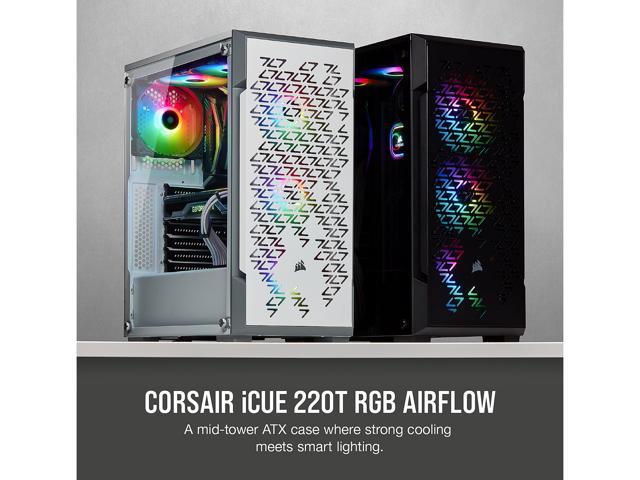 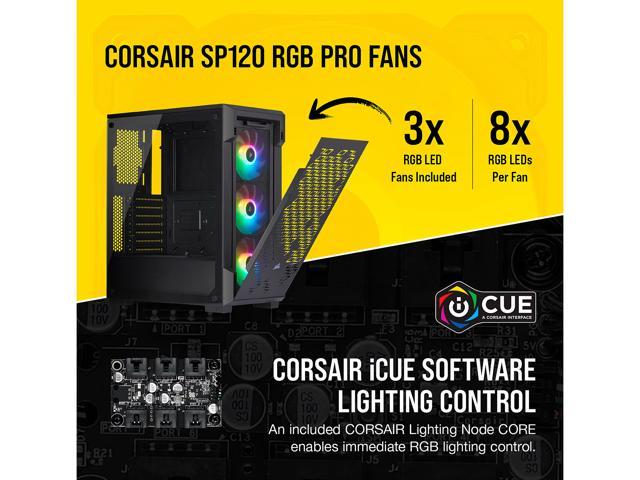 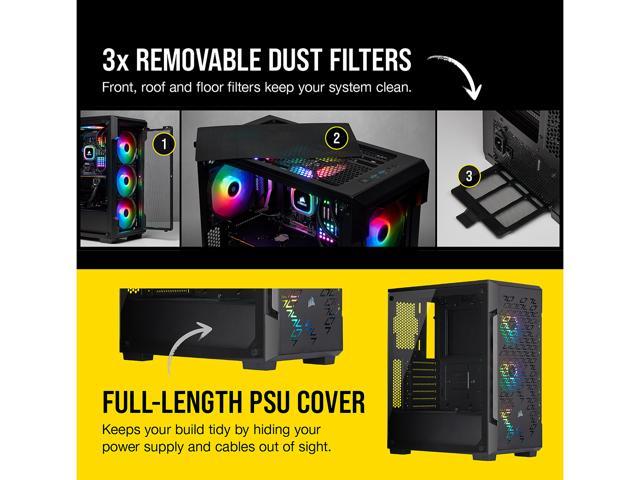 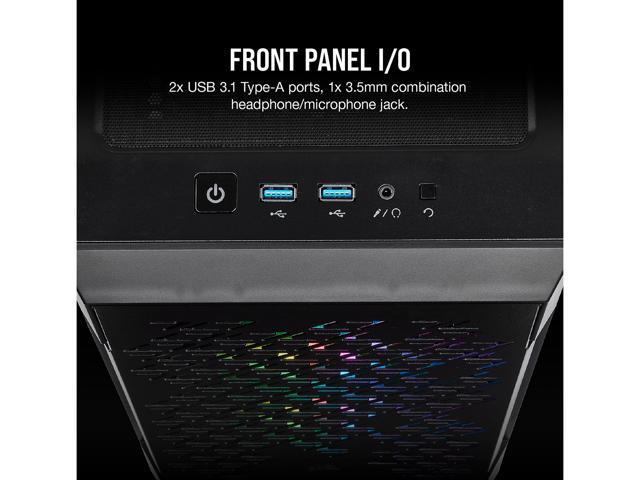 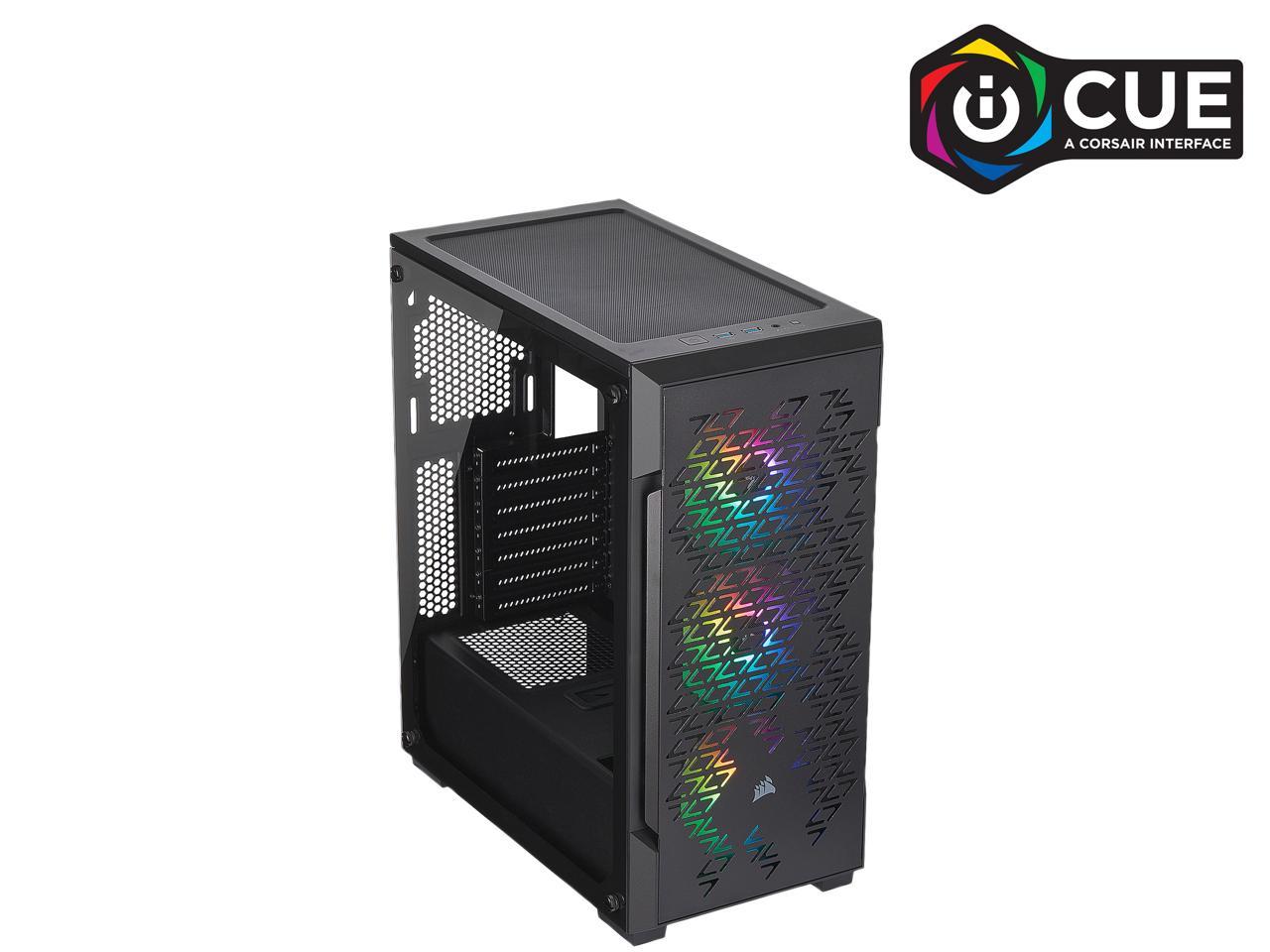 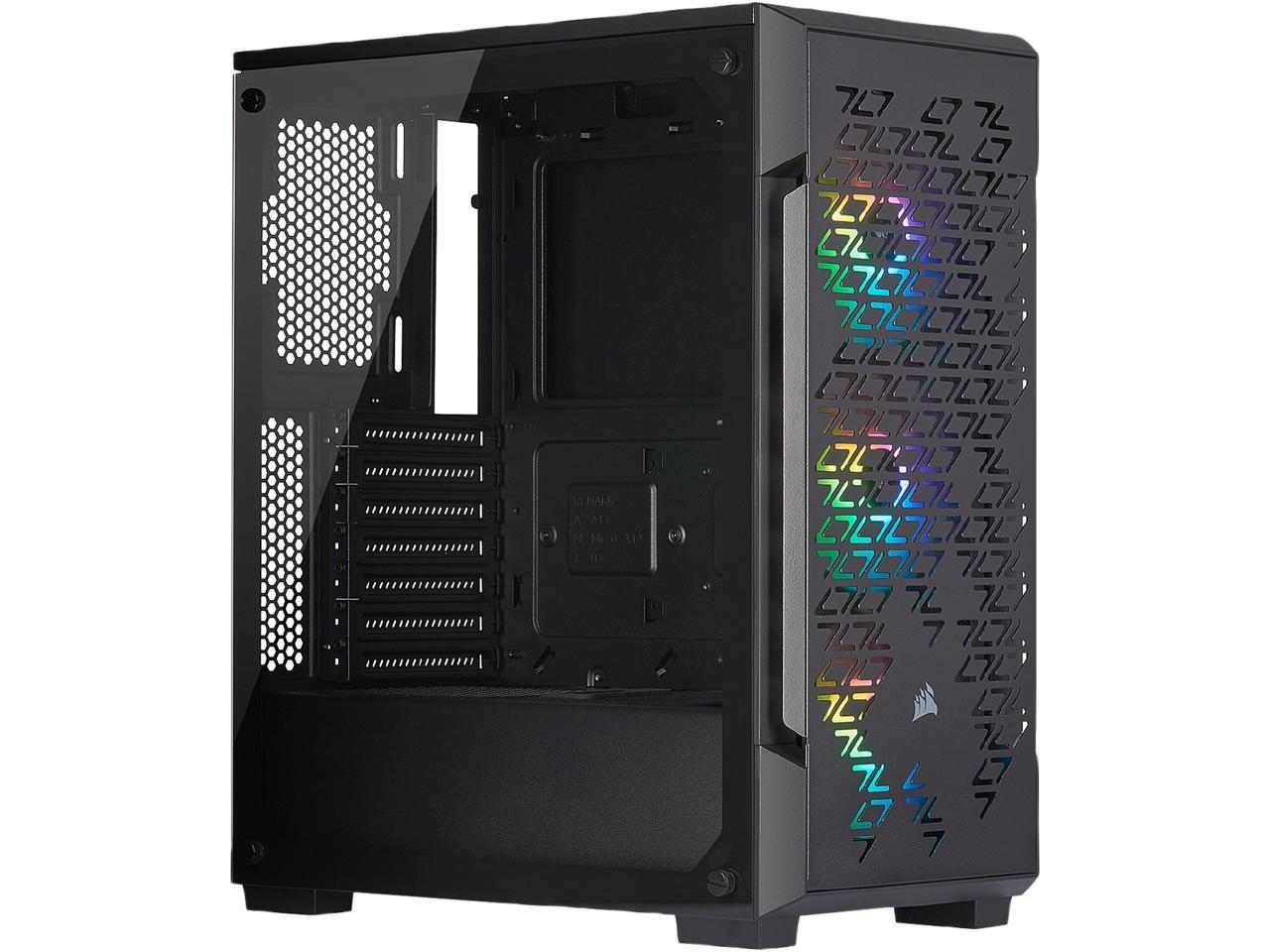 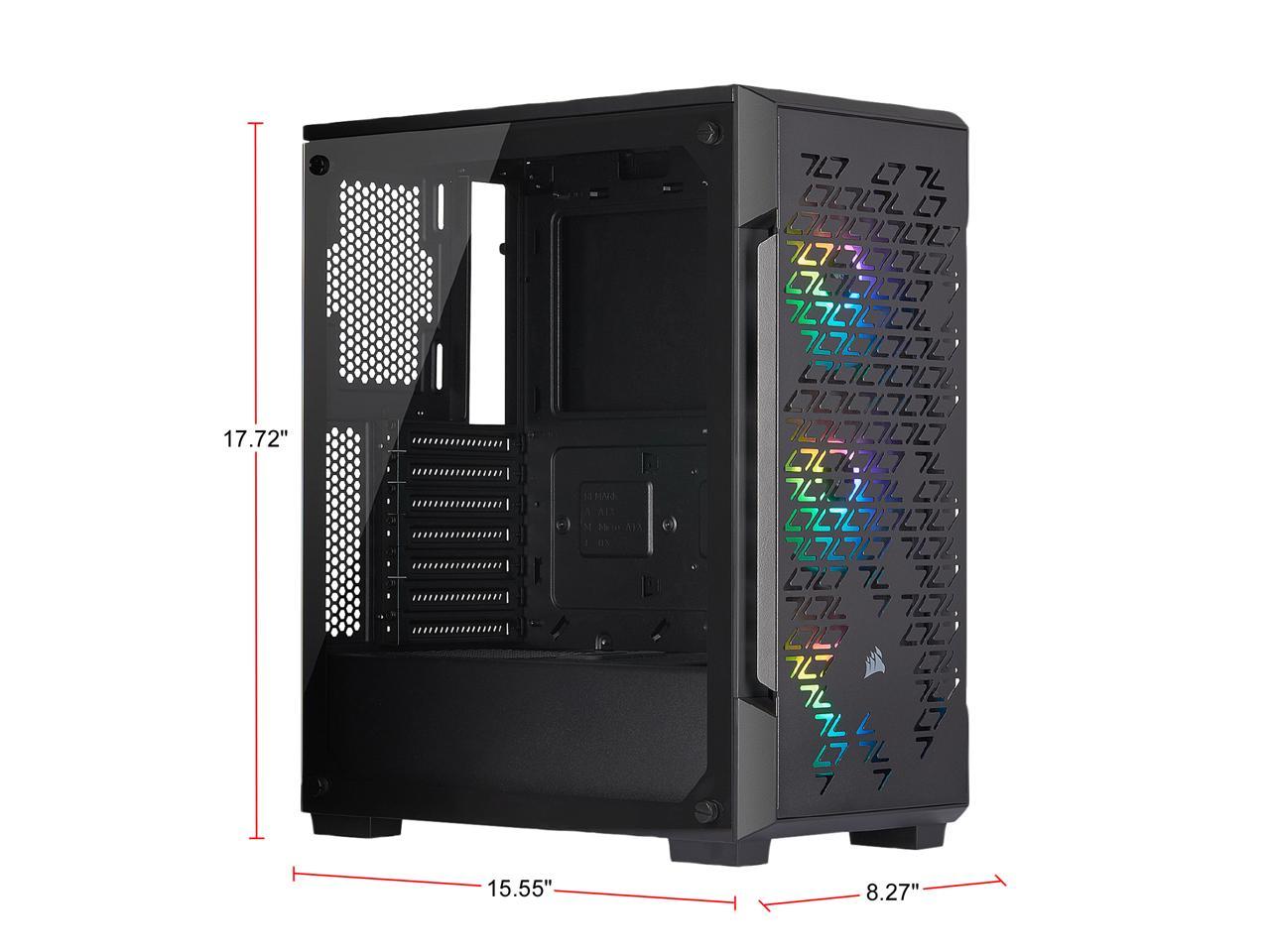 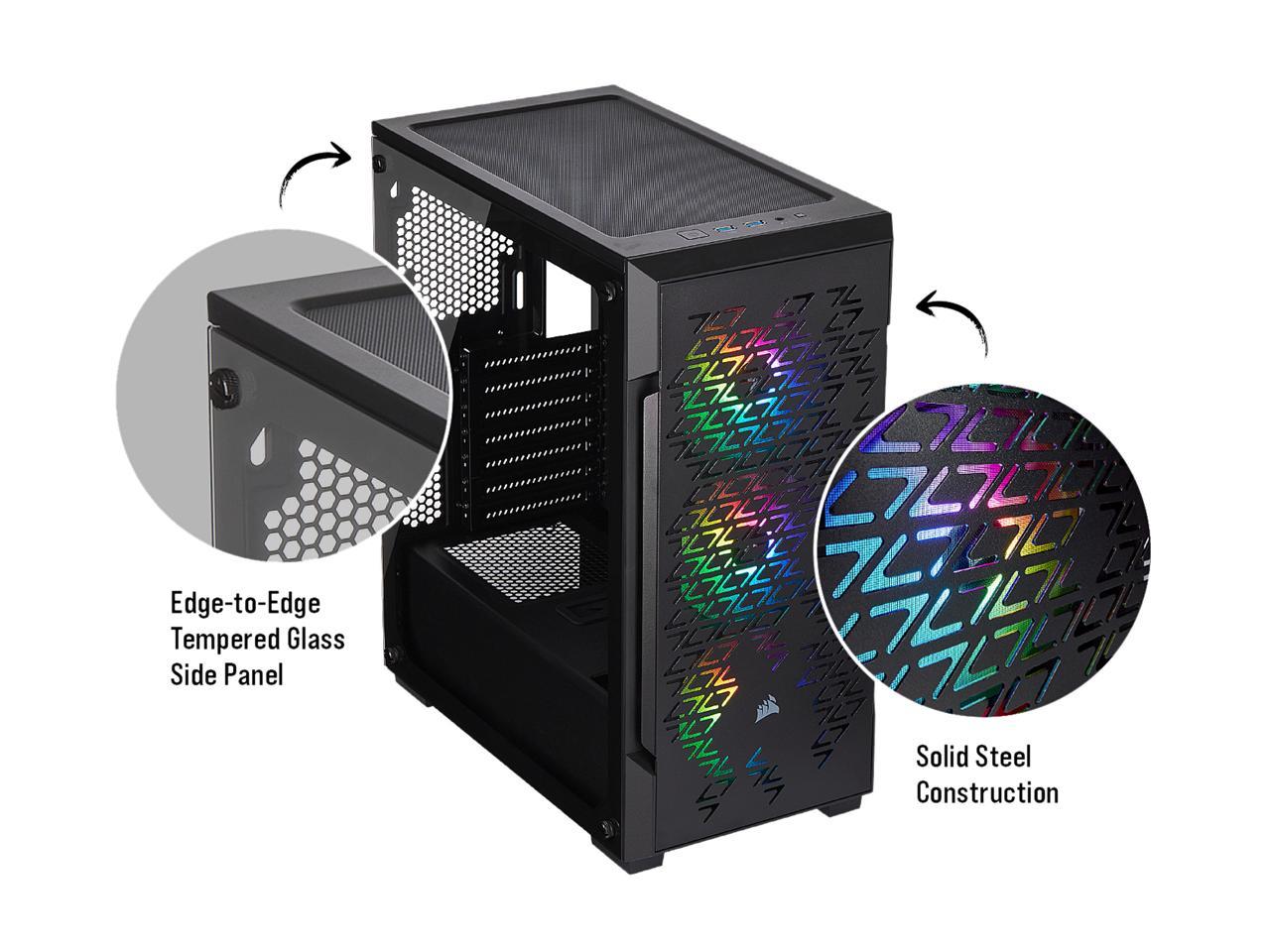 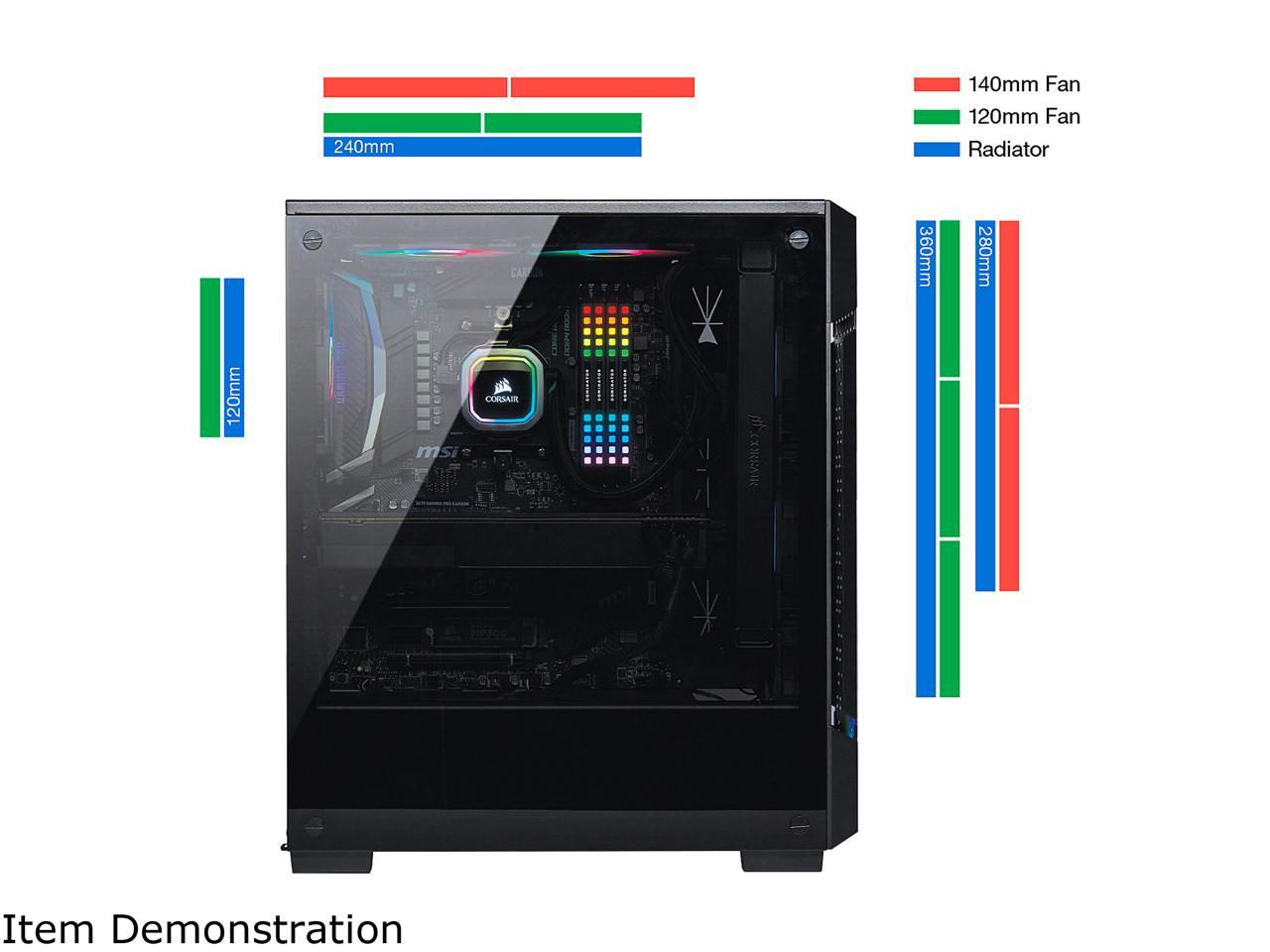 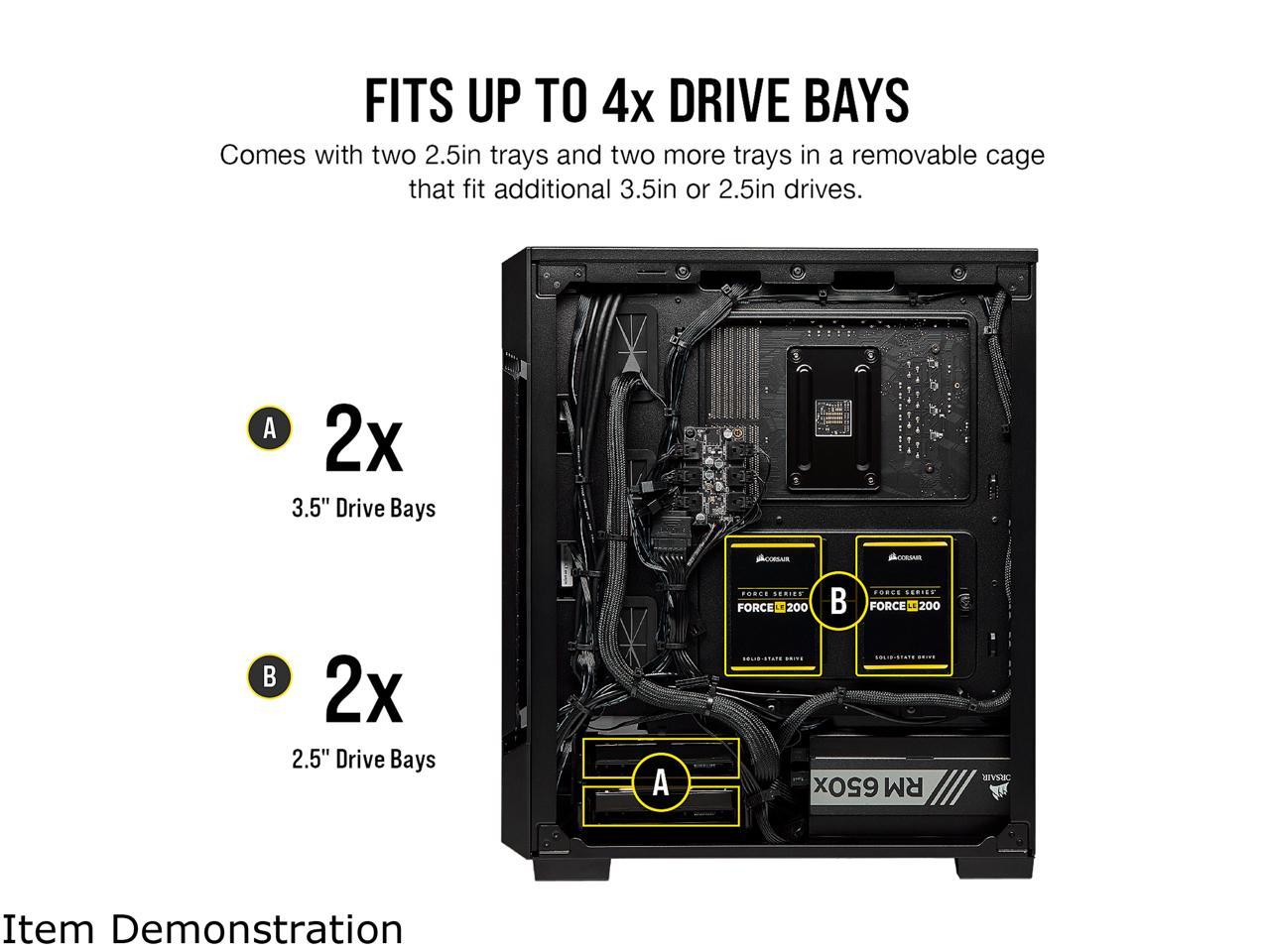 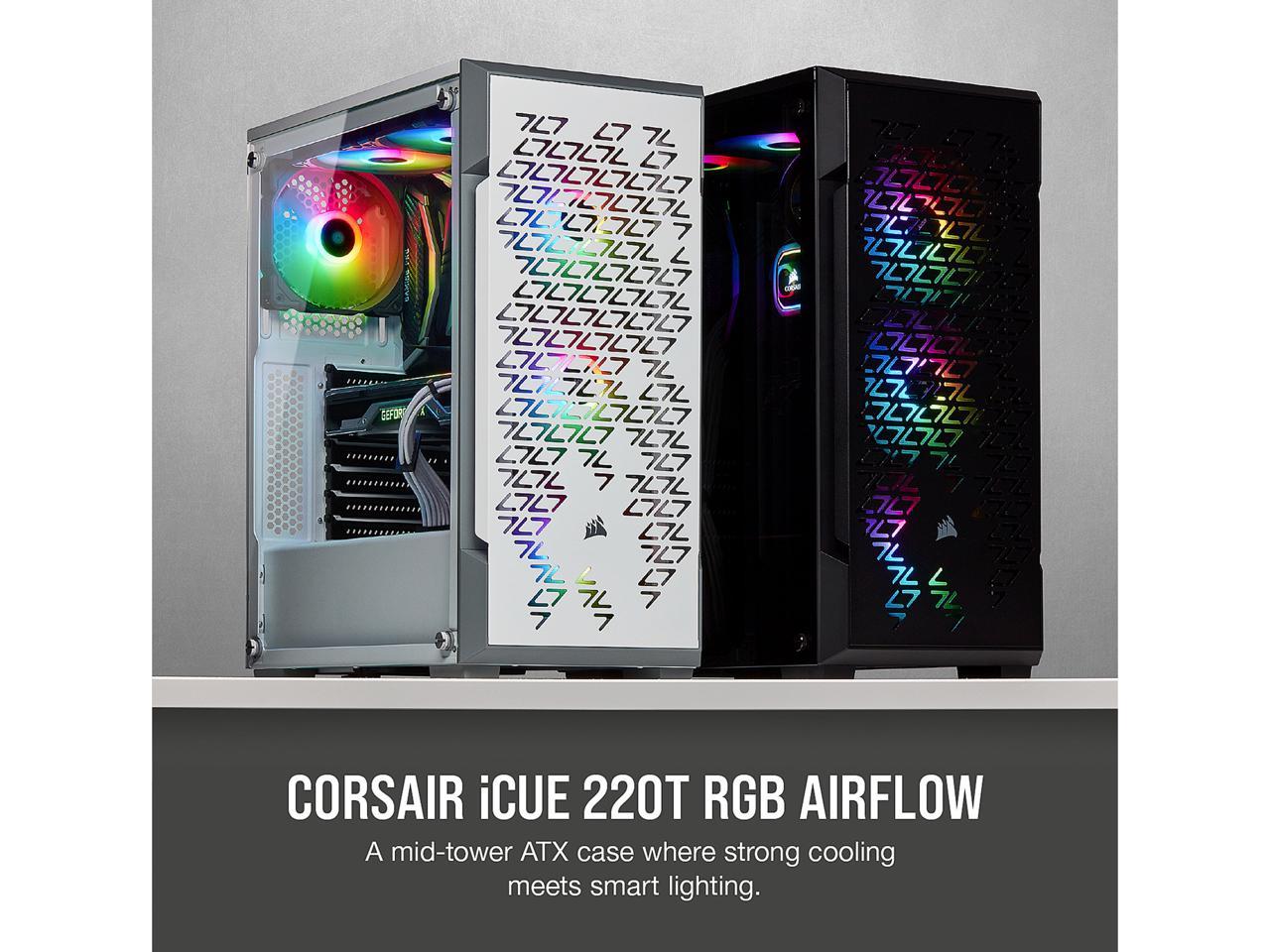 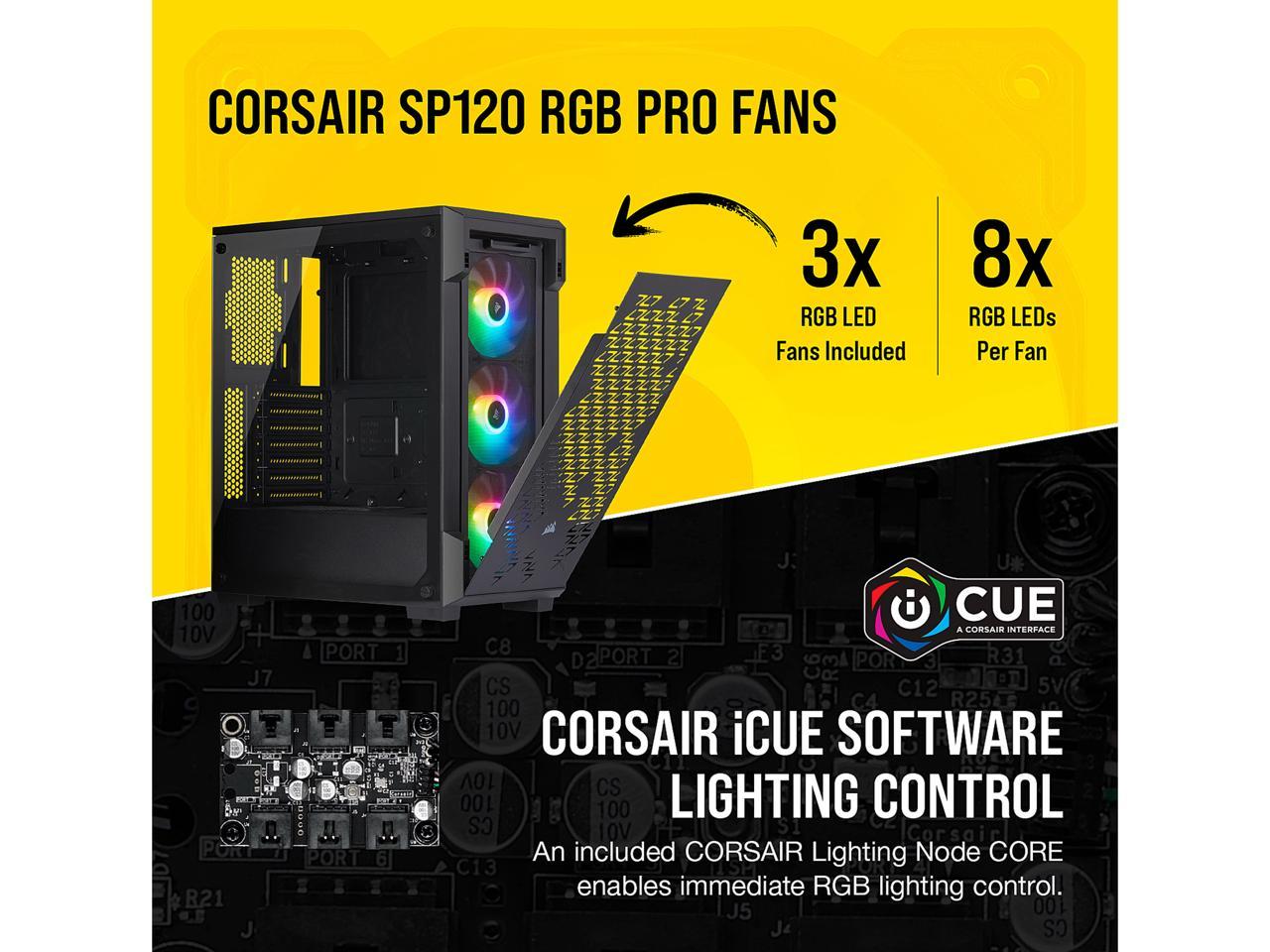 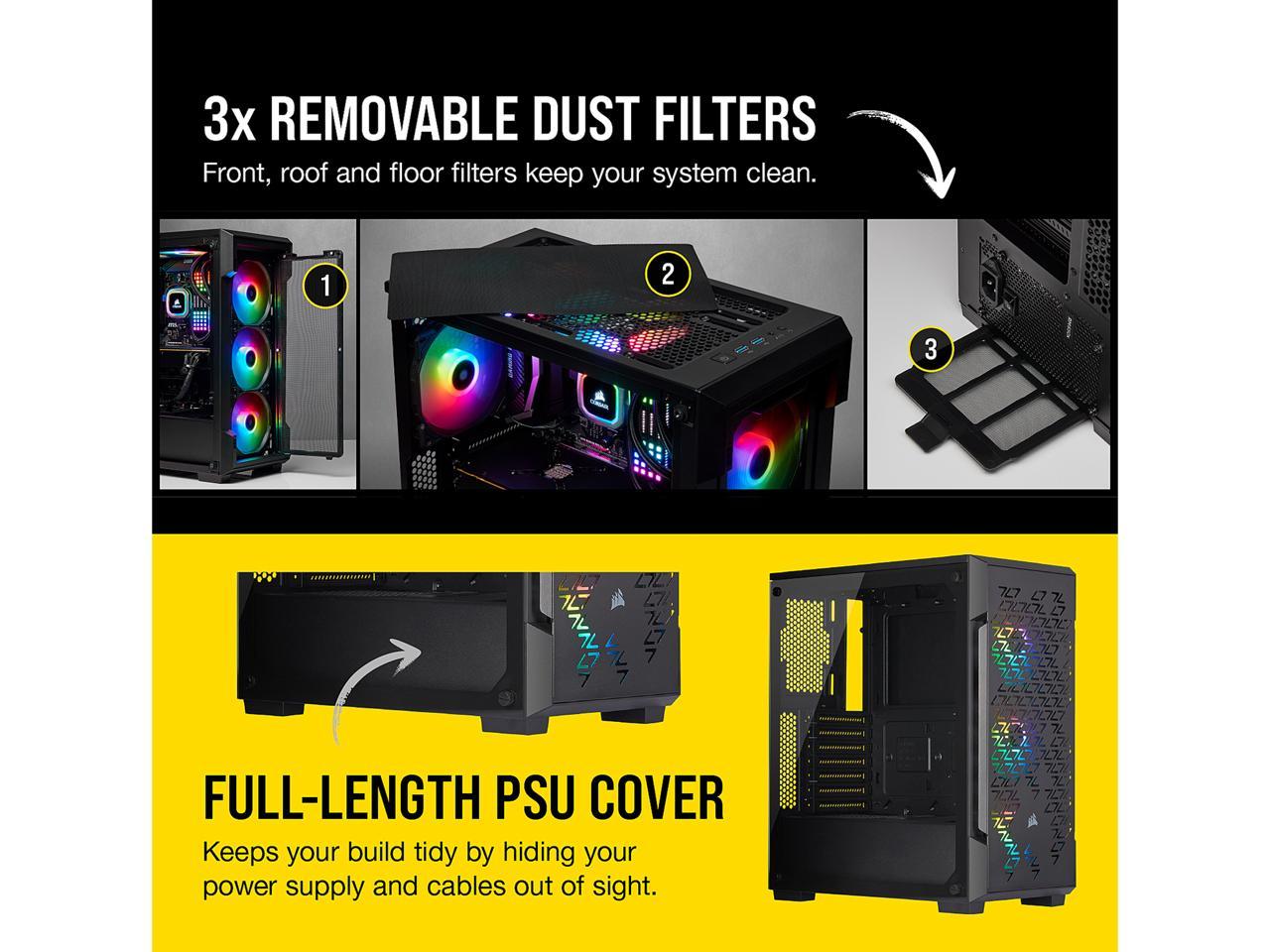 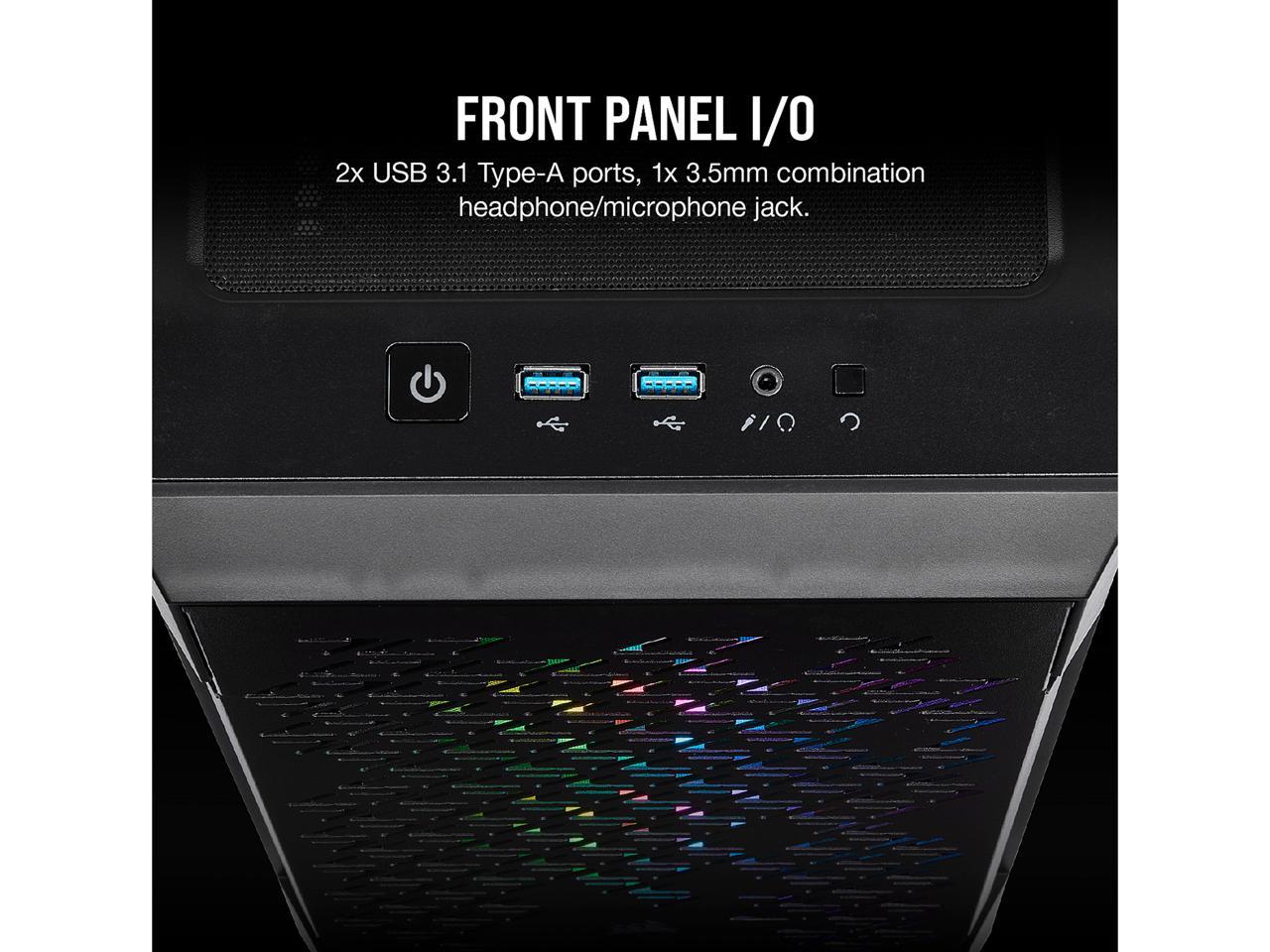 Pros: Love the case. Great case for the new Plex server. Easy to put in the motherboard and the liquid Cooler from Corsair. They fit great with no adjustments needed.

Cons: Wish this had more storage bays, but I understand with the size of this case.

Overall Review: * Nice and clean look. Fingerprints are not easily shown. * Case has a nice feel to the touch and is solid. The tempered glass is solid and you can feel the quality. Looks great too! * Lots of space and room for placements of parts and cable management. * Airflow is easy to move in and out with the spots to allow ventilation of air flow from. * Screen in front that holds the dust can be easily removed and cleaned with little effort. * The fan colors are bright and very consistent in the lighting. Not like generic low end products that are not uniform in color depth and brightness as you look around. * Look no further- this is a great mid level to entry case.

16 out of 18 people found this review helpful. Did you?
Marcus A.

Pros: Interior design is setup pretty well for a basic low-level gaming PC. The Lighting Node CORE included is a nice addition. The SP120 Pro fans are aRGB, so if you are a lighting buff they are also a nice addition. If not using a large water cooling setup, you can get some pretty high airflow through the case using front and top 140mm fans.

Cons: The smaller size and interior design really keeps this out of the high-end gaming market. There simply isn't enough room for larger motherboards, multiple storage options, larger GPUs or larger PSUs. The rear only fits a 120mm fan, where for most high-end arrangements with extra warm environments you would need the most air outtake. The front grill is just ugly.

Overall Review: At ~$90 I would say it is not worth it. But, if you planned on picking up one of Corsair's Lighting Nodes anyway it makes it a decent deal with that being included. The design on the front grill appears to be some image but I can't tell what exactly. But, it is ugly anyway. For a light gaming system using a nice air CPU cooler this case should work out pretty well if you like the look. Corsair has always had great customer service when I've dealt with them so that could be considered another pro.

Pros: Like the case was okay to swap everything over. Like the three fans in the front except one of them doesn't work.

Cons: One of the fans doesn't work. Tried to swap connectors but to no avail. Got in touch with Corsair almost a week ago but still waiting on them. They did acknowledge my claim but waiting for a resolution or instructions on whether to send the defective fan to them or whatever.

Overall Review: I took a star off due to the fan issue and slow response from Corsair.

Cons: The case feels very small for a full ATX build I really felt at several times during the build that we weren’t going to have enough space. The graphics card I chose for my build has about a millimeter of space between it and the front case fans (RTX 2070 super by Gigabyte OC 8gb) and the power supply and the hard drive ports are very close together. Lastly the shroud on the back does not allow for a lot of cable management, overall we struggled to fit everything into the case.

Overall Review: This is a great case but keep in mind the form factor you are using. It can be a bit of the hassle but the overall look of the case is great.

3 out of 3 people found this review helpful. Did you?
Manufacturer Response:
Hi David, And thanks for the feedback. This case is indeed just and most systems wouldn't have issues with fitment. However, do be careful if planning to use very high-end parts as they tend to start going a bit bigger and flashier. -Art
Mike
Ownership: 1 week to 1 month
Verified Owner
Listed fan/radiator compatibility incorrect12/14/2020 8:06:56 AM

Overall Review: This lists 2 140MM fans or 2 120MM fans and a radiator as compatible, but after buying those exact fans from Corsair, they won't fit at all. The fans bug against the motherboard outputs, and the radiator depth causes the whole unit to push too far into the RAM modules. Quite frustrated overall, as I tried to finish my build and had to run out to a store to complete and then fight to get the fan/radiator returned without paying both shipping and restocking fees.

2 out of 2 people found this review helpful. Did you?
Manufacturer Response:
Hi Mike, Sorry to hear about your experience. If you require any help or have any other questions/concerns, please allow us to assist you: support.corsair.com -Albert
Thierry L.
Ownership: 1 week to 1 month
Verified Owner
Very pretty and compact10/22/2020 8:33:19 AM

Pros: Probably the prettiest case I've had. The RGB and the White frame make for a very nice looking case. It's also compact so cable management isn't a complete nightmare.

Cons: You NEED a modular power supply. It's compact, VERY compact. I recommend getting SSDs and removing the HDD section to have more space for the cables. Speaking of SSD, there are spaces in the back to put SSDs connected with SATA but they are too small for my SSD (not the one connected to the motherboard, duh), so be weary of that.

Overall Review: I'm happy with this case and fits my needs for gaming. I still have space left for my GPU if I need to upgrade. Be ready to squeeze your way it cause it's rather tight but it's very functional.

Pros: - Includes 3 RGB fans along with a fan hub - Tempered glass on side AND front! - Great thermals, even with tempered glass in front. - Size is excellent to fit on a desk and not take up too much space - RGB! Amazing implementation via iCue software

Cons: - Challenging, yet doable to build in due to size constraints - Be cautious of 240mm AIO sizing, as even Corsair's own H100i barely fits at the top with their own RGB Ram - Can be a tight squeeze with a decent sized PSU. Hard Drive cage can be removed however.

Overall Review: I highly recommend this case if you prefer style over the 220t Airflow version. I was never a fan of the cutouts on the Airflow model, but this one is excellent with the tempered glass in the front. Just be cautious with the parts you use with this case. You may want to consider an air cooler over an AIO, as well as not using HDD's and removing the HDD cage to make room for the PSU and cables.

Overall Review: This case is great quality for the price. The only small gripe I have is the tight space for the power supply. Make sure you plug in everything you'll need before screwing in you PSU.