Feel 100% satisfied with your purchase -- with no restocking fees & no return shipping costs* within 30 days of delivery. Learn More
This item is currently out of stock and it may or may not be restocked.
Out of Stock
Add To ListFound on 15 wish lists 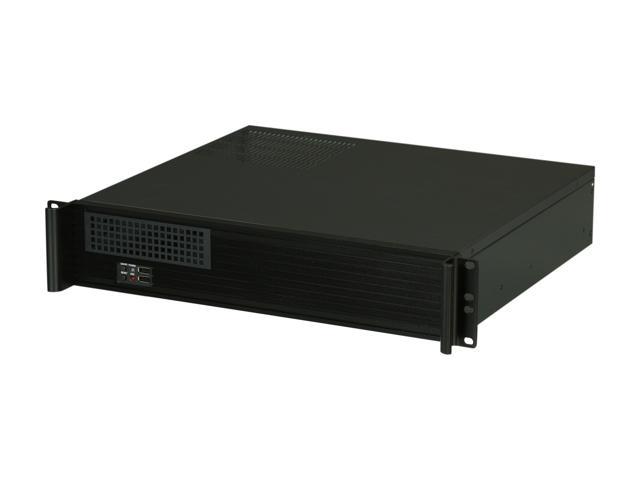 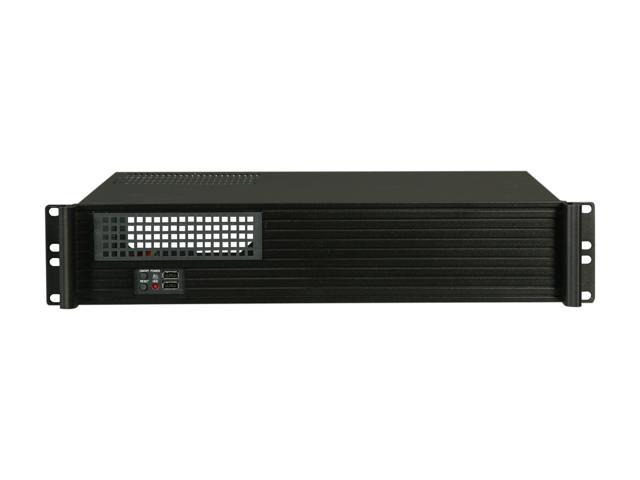 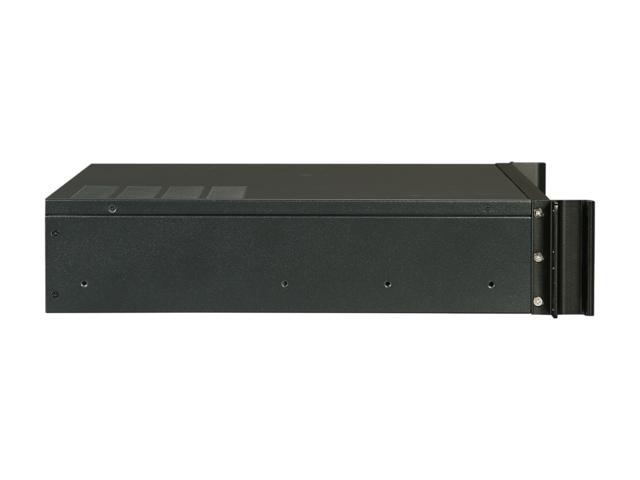 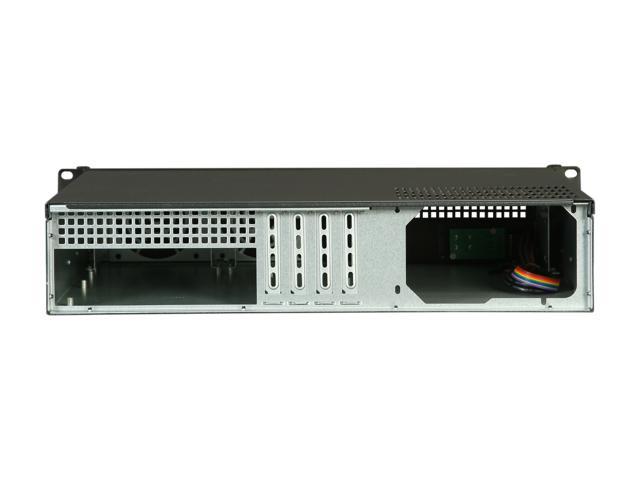 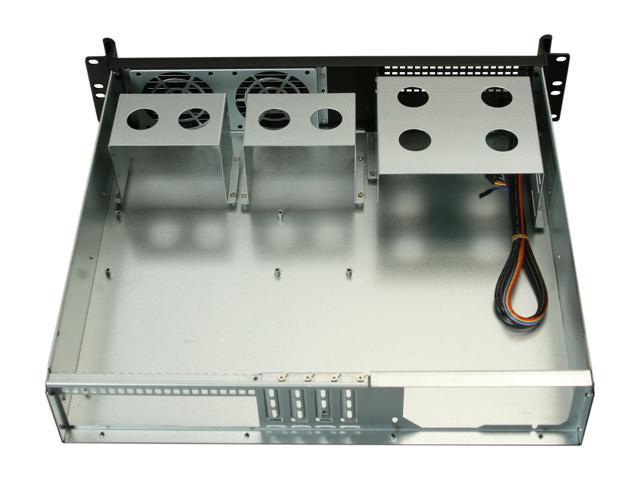 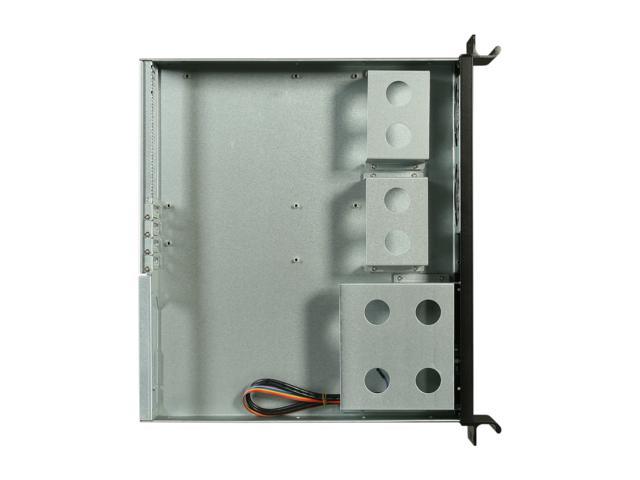 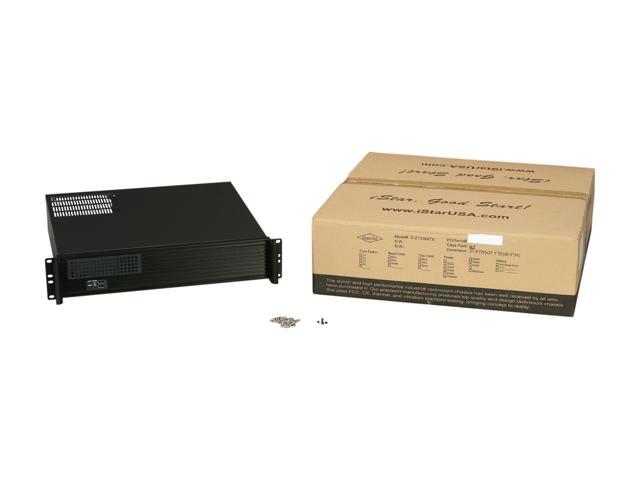 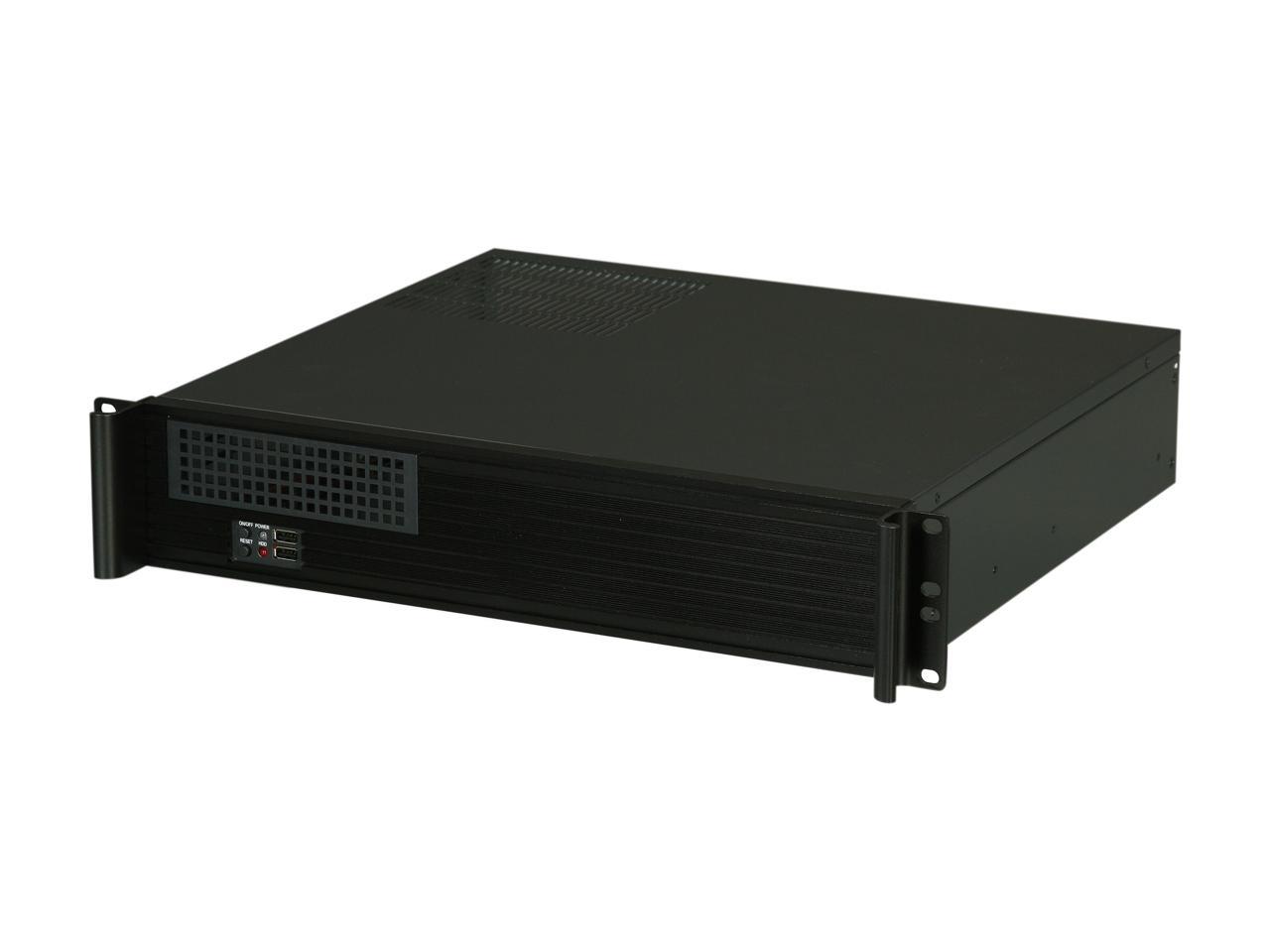 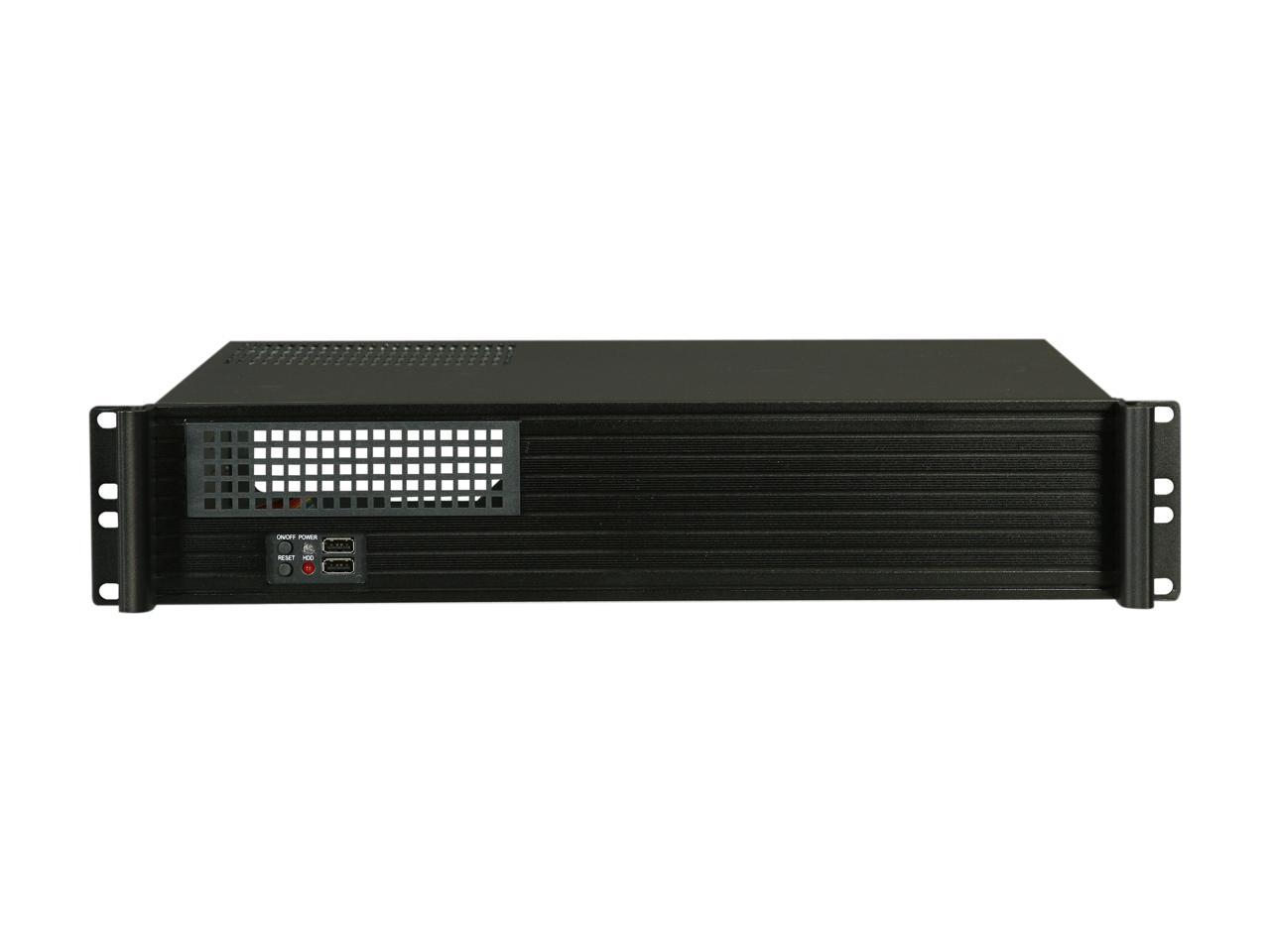 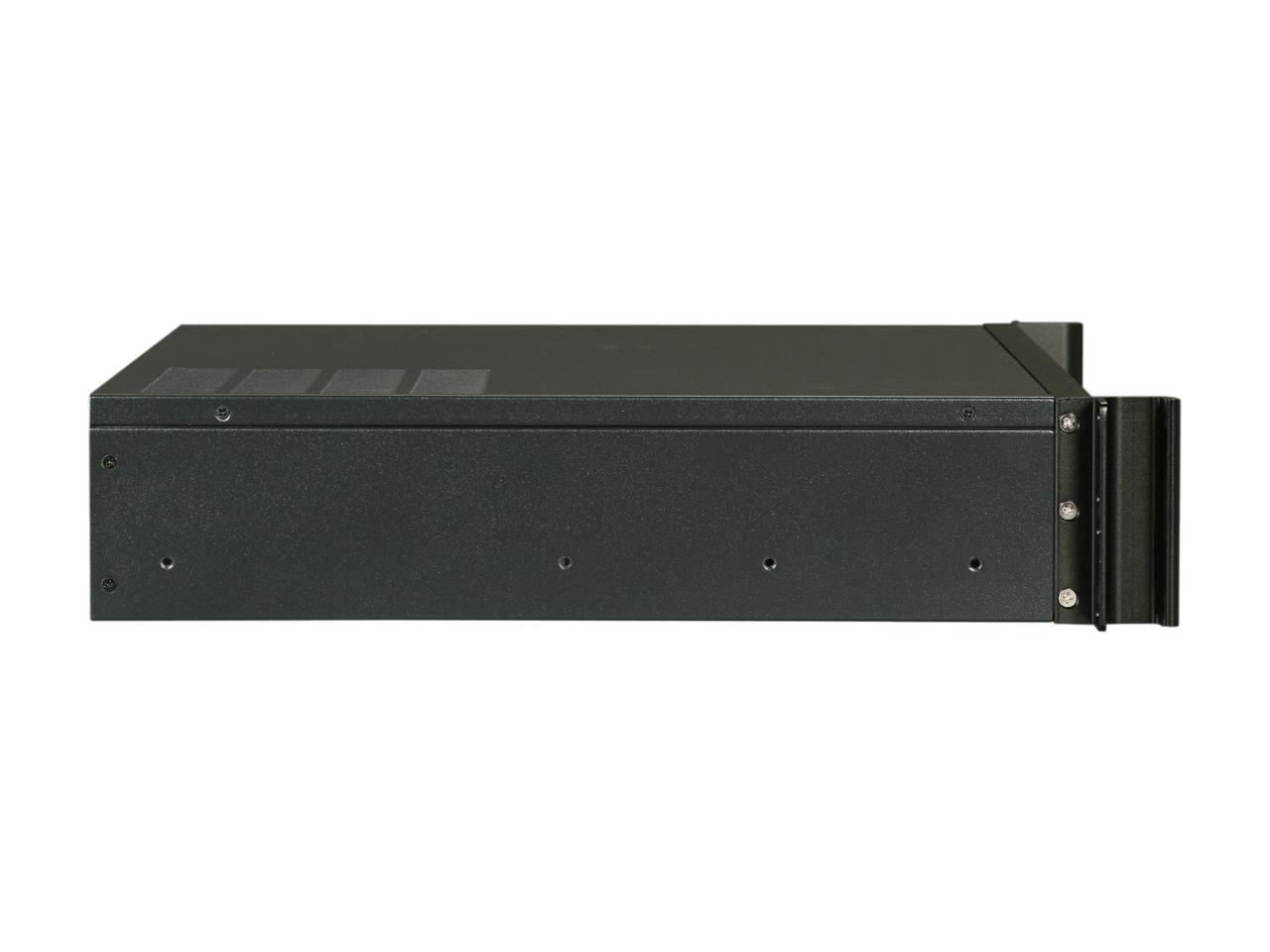 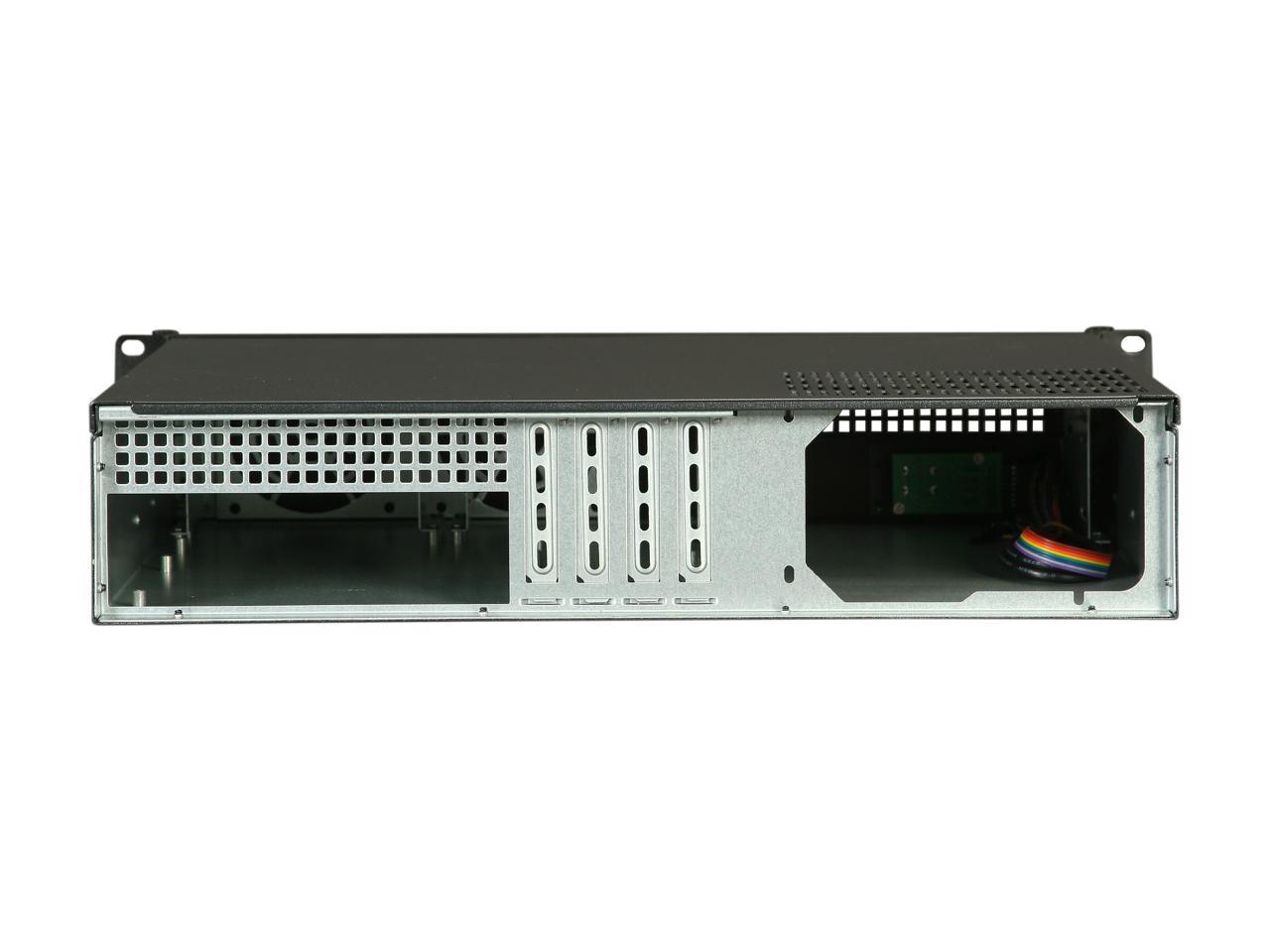 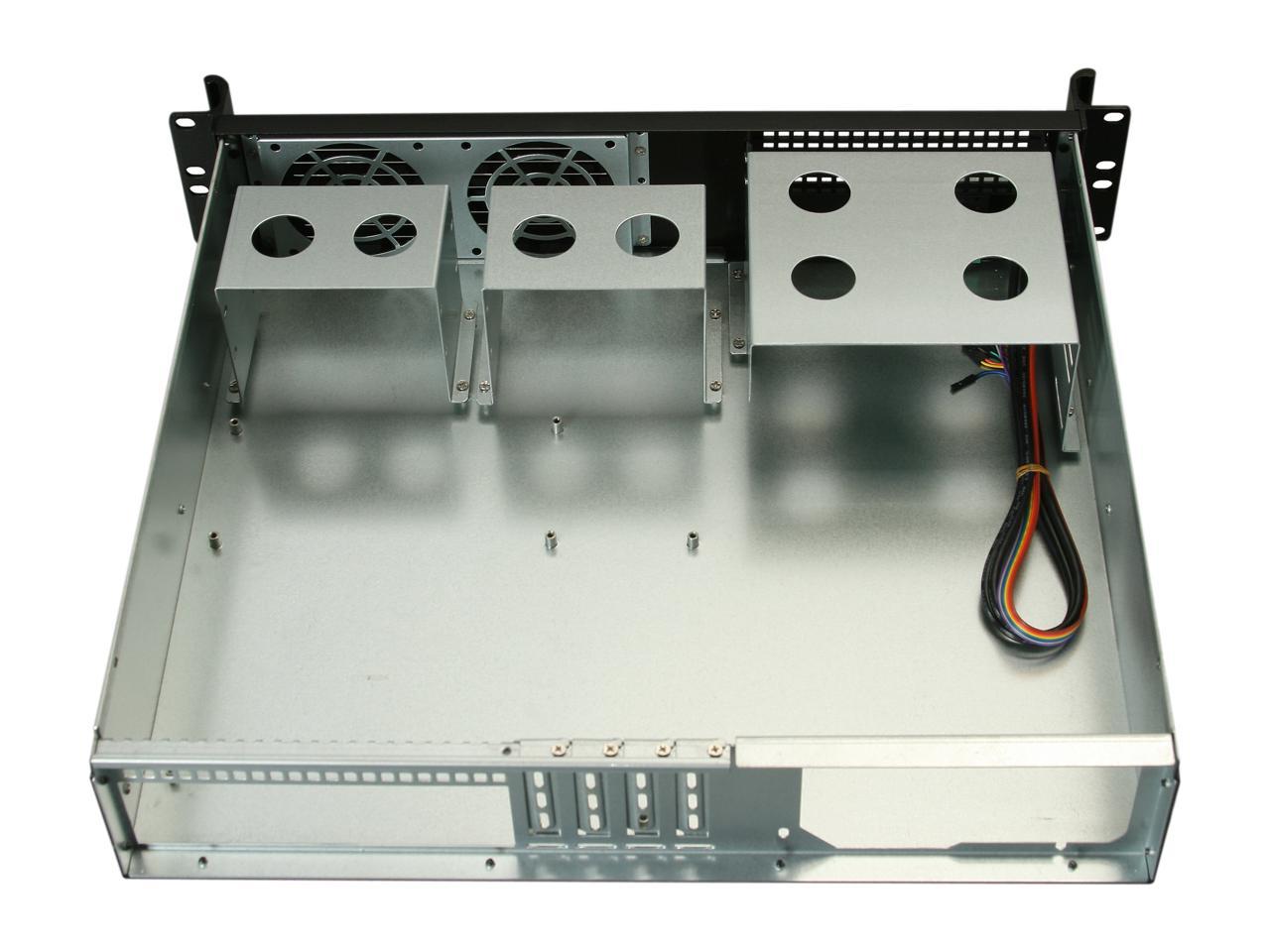 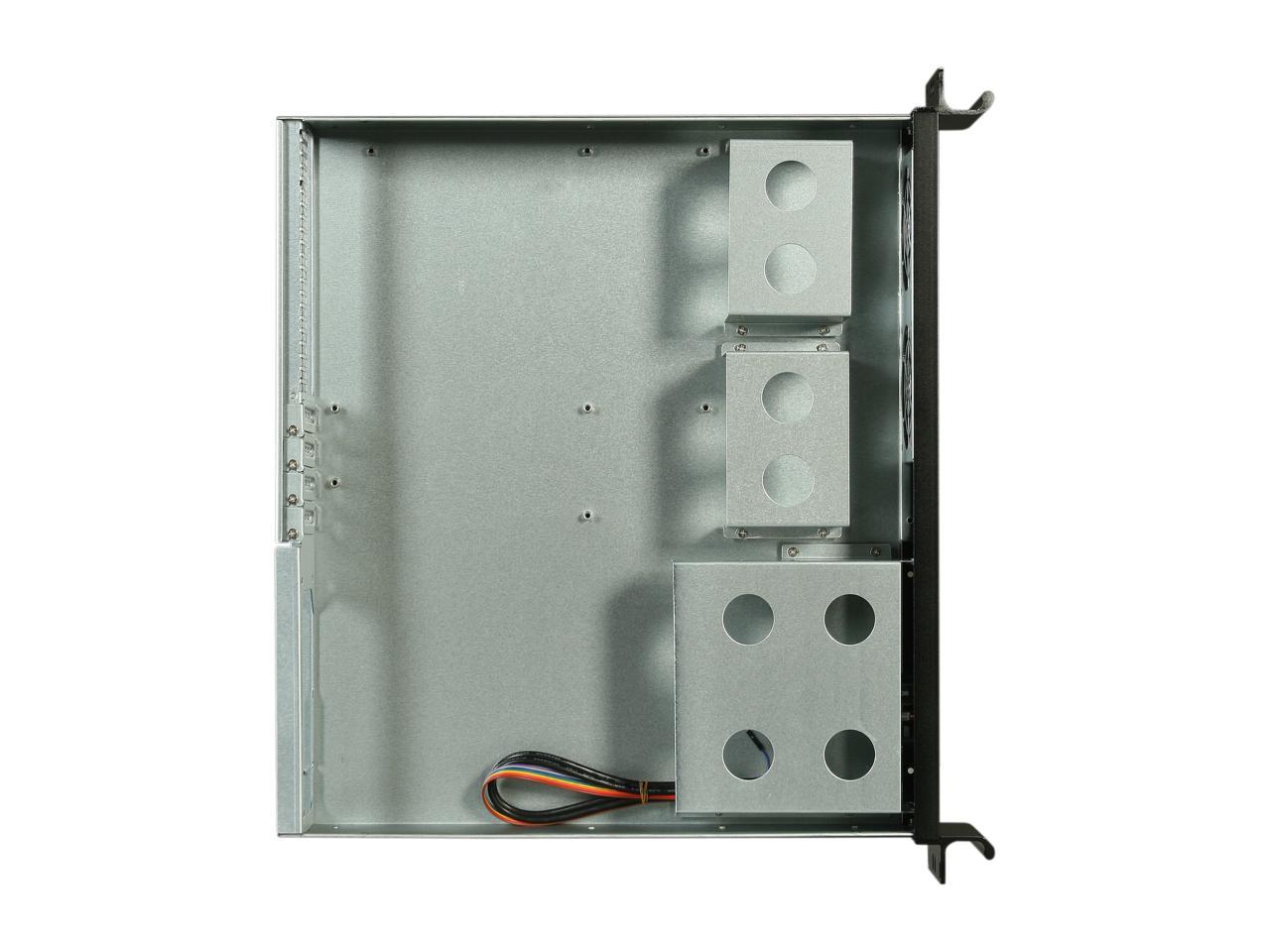 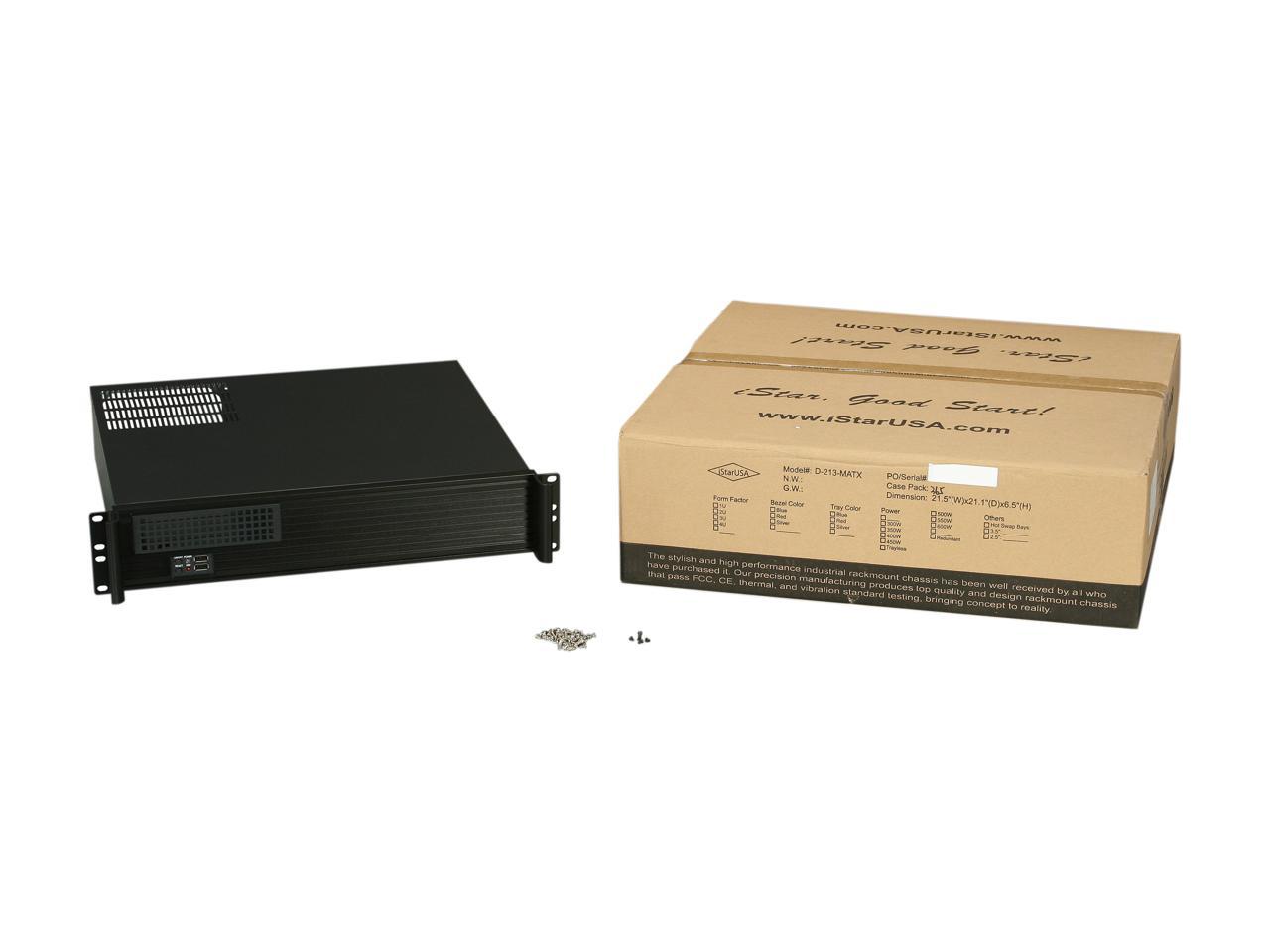 The D-213-MATX is a reliable and stable 2U-high industrial computer chassis. The full size I/O supports all microATX motherboards with a Dual-core/Quad-core processor and the backplane supports 4 low profile add-on cards. This chassis is only 16" in depth and has optional two intake 80mm cooling fans at front for air ventilation. In addition, the D-213-MATX supports a standard ATX PS2 power supply to meet regular server system applications. Pros: Many reviewers identified the lack of space in this case. Agreed, but this makes for a very compact and space-saving case in a server rack, which uses only 2U of space. The case is solidly built, has a modern look, comes with sufficient mounting materials. If you want to house a small-business, medium-sized server (for example, LAMP & OwnCloud) without too much processing requirements, this is the case for you.

Cons: The tight interior is definitely a con, but this is known and therefore does not warrant knocking off an egg. A 9.5" micro-ATX just barely fits, and 3.5 " hard disks would extend over the top of the motherboard edge, partially covering some connectors (SATA, power). Also, cable routing is a nightmare, and a modular PSU is recommended. Airflow is not optimal. Space for two 80mm fans is provided, and two fans should be used to move enough air. Slimline fans, if possible. The PSU draws air through the top cover, which means (1) that the top cover must have enough clearance and (2) the PSU fan does not contribute to the air flow inside the case. Moreover, if a HDD is mounted in the 5.25" bay, it receives no airflow. Air flow is probably the single biggest challenge with this case. Clearly, a half-height graphics card is needed (or even better, a graphics card built into the motherboard). Two minor improvements suggested: Provide mounting holes for 2.5" SSD, and use less bright LEDs.

Overall Review: To help the decision whether this case is useful in a specific case, let me try to review what fits inside the case. As mentioned, the ideal motherboard would be a micro-ATX with built-in VGA. There are two 3.5" internal bays that could hold 2 disks each, if the lower disk would not collide with the motherboard space. SSDs are not a problem -- a whole stack of SSDs fit nicely. In addition, there is a two-position 5.25" bay, which can hold one HDD and one external optical drive. Therefore, we can accommodate: * Three, 3.5" HDDs and one 5.25" optical drive (DVD or so), drive underneath the optical drive receives no airflow * Two, 3.5" HDDs and one 5.25" optical drive, both HDDs receive airflow from the front 80mm fans, and space underneath the optical drive can be used to stow away extra power cables * Four, 3.5" HDDs, no optical drive (and cooling becomes a challenge!) * Perhaps six, 2.5" HDDs (SSDs) with optical drive, lower 5.25" bay not used (best thermal solution) As for extension slots, 4 slots are available, out of them probably 3 usable (depends on motherboard). Any extension card needs to be half height.

Pros: The construction is very good. The steel is thick and sturdy. I like the case screws that keep the lid on, they have retainers to prevent them from getting lost.

Cons: This was my biggest complaint with the case. The expansion slots seem very shallow. What I mean is that the metal tongue on the bottom of the video card, etc will not seat completely flush. This is the vertical part of the card that slips into the back of the case. This makes the card sit unlevel and is hard to screw in. I found that I had to take a file and grind down the bottom of the tongue about a 1/4" in order to push it down all the way. I compared the blank inserts that came with the case compared to the ones that are on my video card, USB3.0 card, etc and they are much shorter. As others have mentioned, the space is limited. Realistically you can fit 2 HDD or 4 SSD using bracket adapters. I did install a DVD drive in mine, however you could repurpose the 5.25" bay for another HDD. I fit a full size ATX power supply. It is a tight squeeze. It needs to be completely flush. Also, take note of where the fan vents are. No headphone jack on the front.

Overall Review: I put this case into a SKB 2U audio equipment road case and it fits perfectly. I use it as a mobile multimedia workstation. Some people claimed the installed fans are junk. My case did not come with any fans. I bought a couple good 80mm fans and installed myself. You really need airflow. Don't try to go without.

Pros: All around good but I wanted to add that each of the two 3.5 drive bays can hold more than one disk. So; you can get 4 3.5's. Plus; there is some room under the 5.25 bay for a nonstandard install of another disk of some type (cables go by on the side of it; so it is not a full second internal 5.25 bay).

Pros: This case is absolutely beautiful. Fits microATX just perfectly with plenty of room for an ATX power supply. EASY assembly. The size of this thing is incredible. If you have a rack that does not have that much depth THIS is what you need to get.

Cons: This is not really a con since the case is only 2u but I wish it took more than just low profile add on cards. Also make sure if you get this case buy your fans separately because this case does not come with fans.

Overall Review: I love the fact that they have a bible verse on it. Not too many companies are brave enough to do it. I am using the case for a VMware ESXi build and I am loving every minute of this case.

Overall Review: It's a half depth case for less than $100. It works great. As for the people complaining about tight fits and loud fans, please get real. Its half depth, of course its going to be tight. MicroATX boards vary in size. Desktop boards are usually a little shorter, server boards are usually longer. can fit 4 drives if you have a desktop board.

Cons: Poor placement of the 3.5" drive mounts. My mATX motherboard has the ATX power connector in the middle of right edge of the board, blocking all of the drive mounts. I only need to put 1 2.5" drive in, so I might be able to fit an adapter in. Drive mounting bracket screws are way too close to the other brackets/sides. Make sure you have a long and thin screwdriver to avoid stripping the chinesium screws.

Overall Review: You can't remove the 5.25" drive tray without having the external bay exposed as the cover is attached to the bracket. While I'm pretty happy to get this for $30, I wouldn't pay $70.

Cons: Hard drives are cramped if you place more then 2 total drives into the case (one in each bay). There is no place to run extra PSU wiring so make sure you get a modular PSU. The screws and metal are cheap. I got this case with the atom combo deal so it works well for a file server. The fans are a bit loud, i ended up changing them out for better quality fans.

Overall Review: Great for a single drive with cool running components. Send the extra and get a 4u if you plan on running raid or something that takes more hard drives.

Pros: This case is awesome. Very solid construction and I recommend it.

Overall Review: Be careful if you buy after market vans. It does fit 3 80mm fans but because of the fan housing is narrow in width 80mm x 25mm fans will do. It does fit standard ATX Form Factor PSU and Would recommend purchasing a modular PSU due to the smaller size of the case.