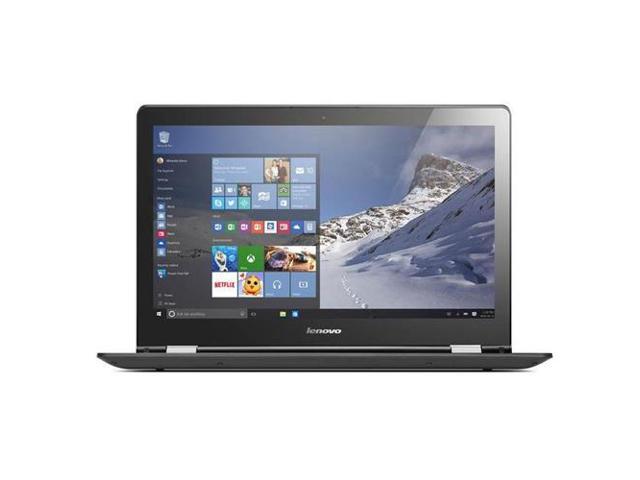 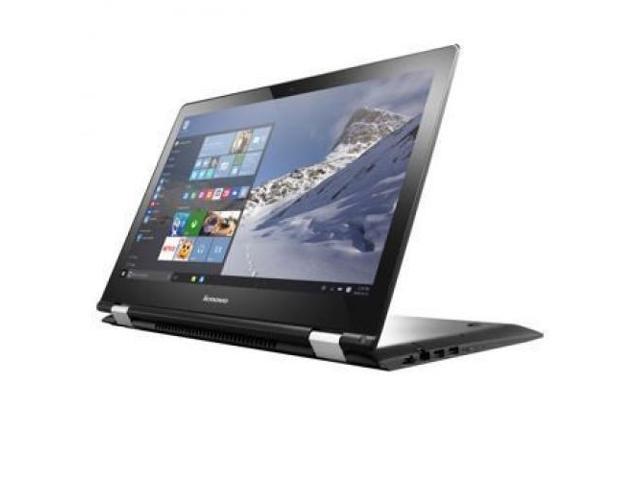 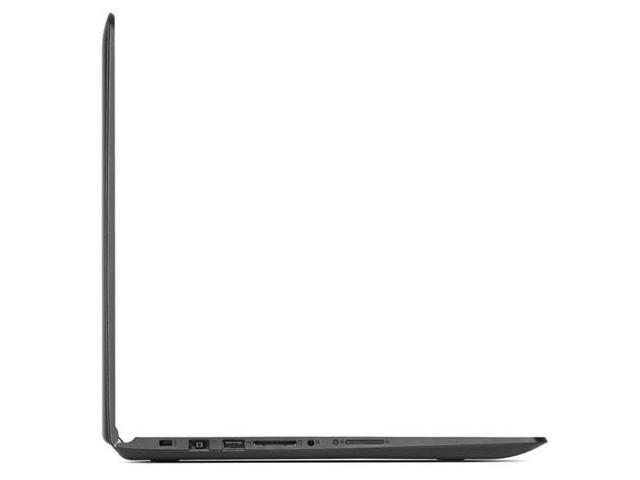 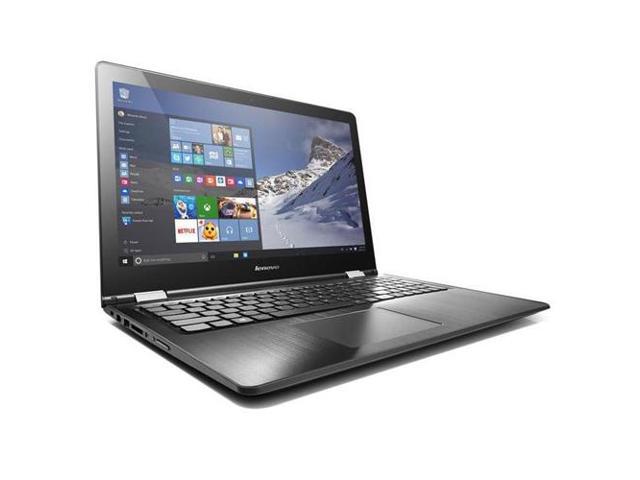 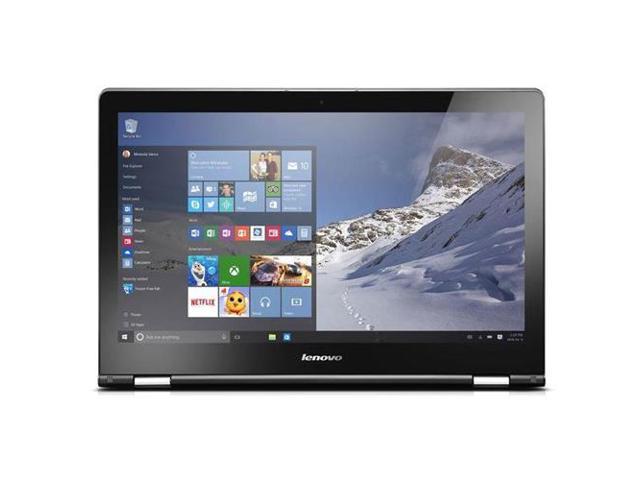 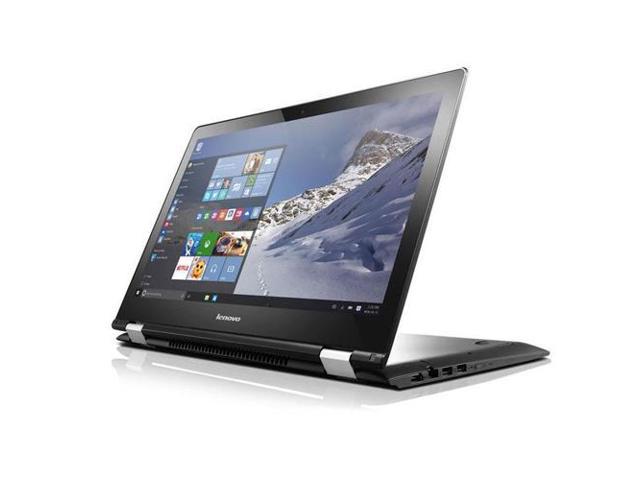 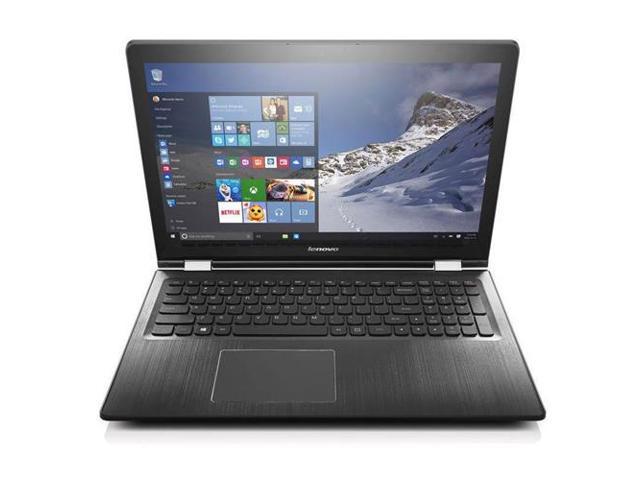 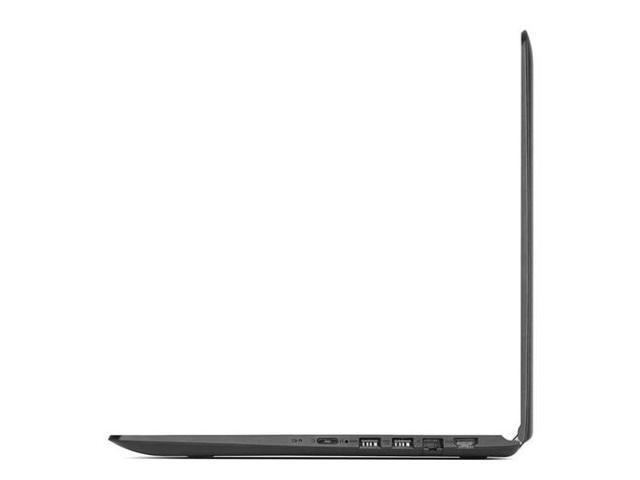 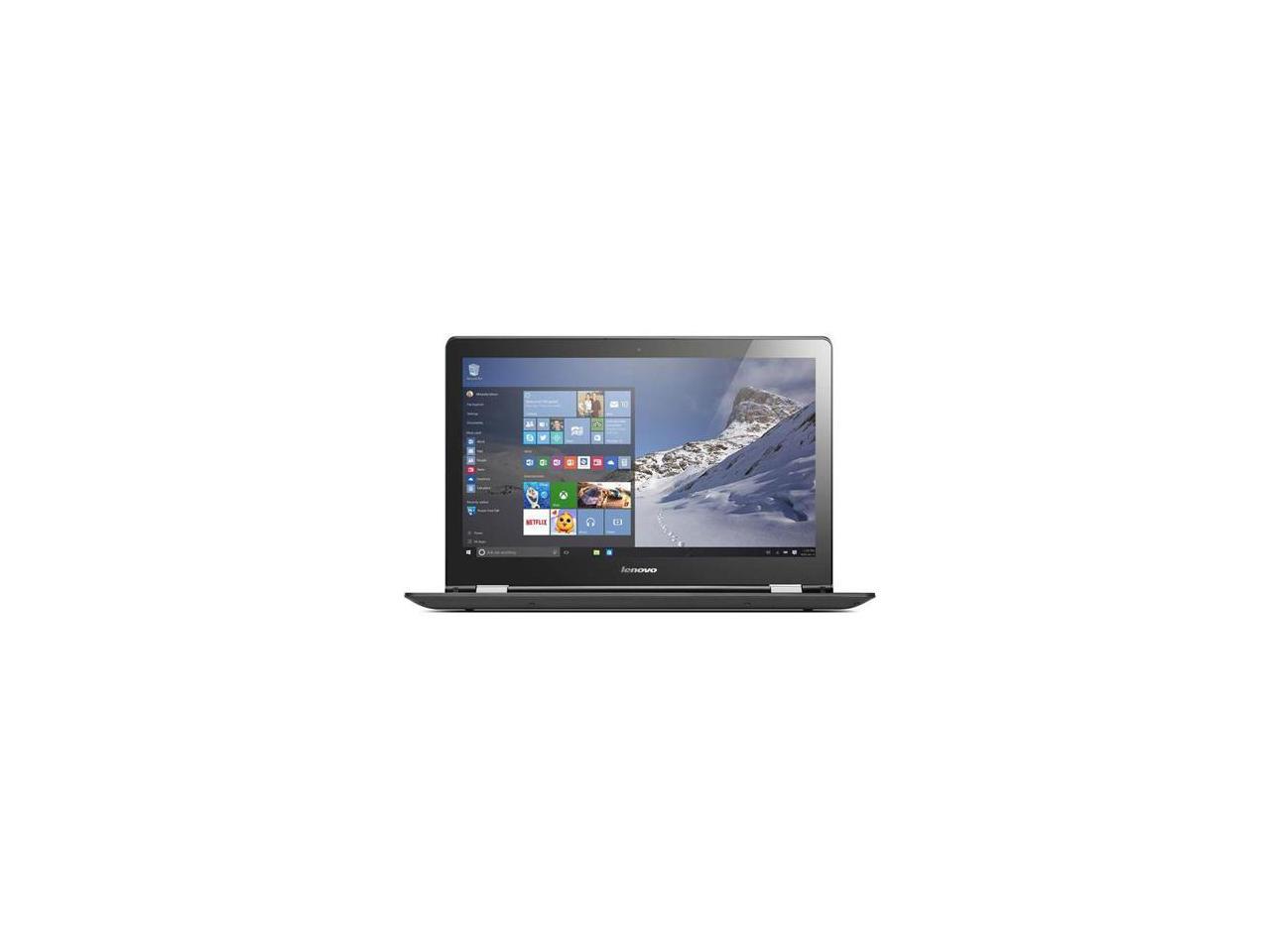 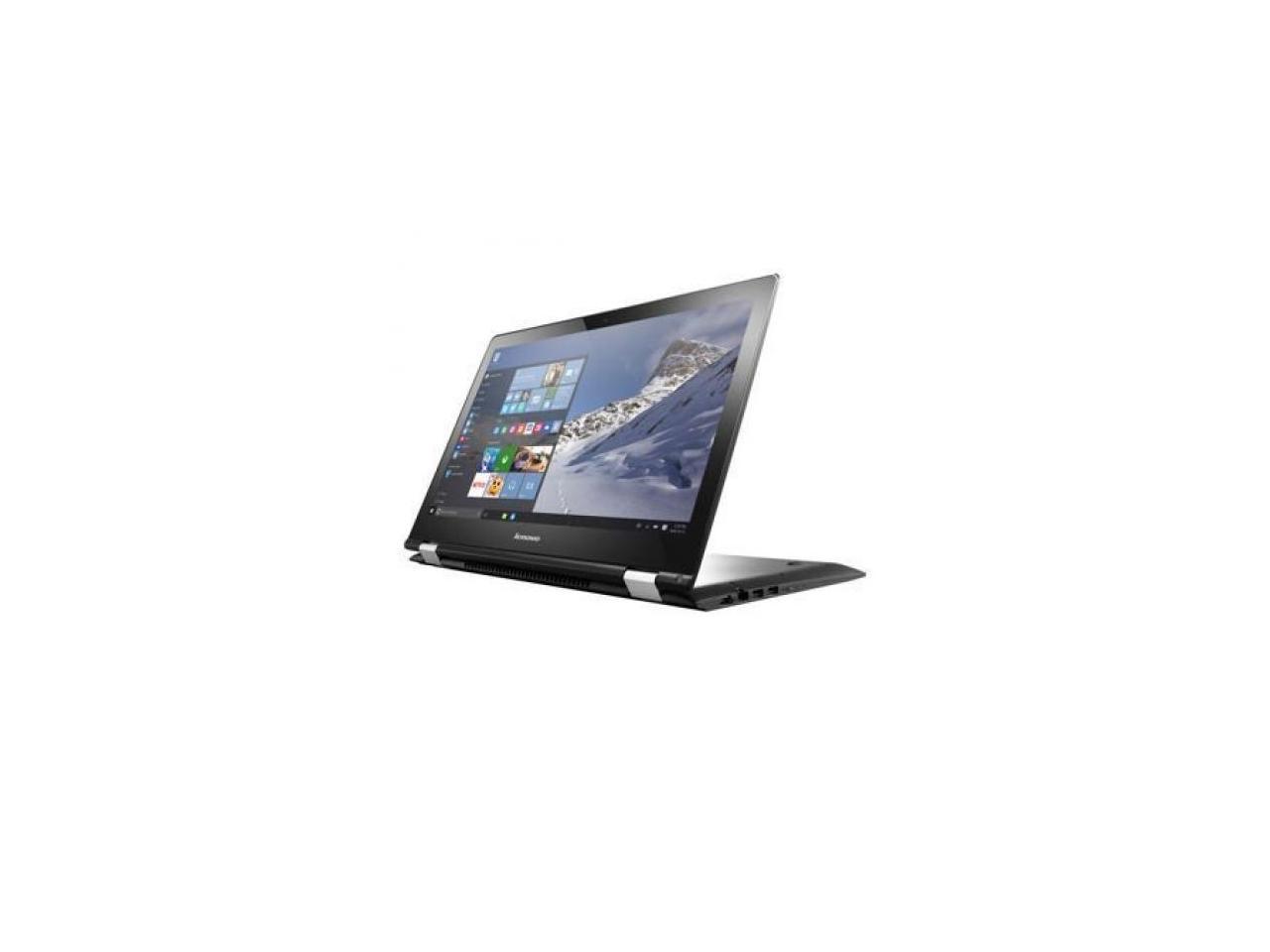 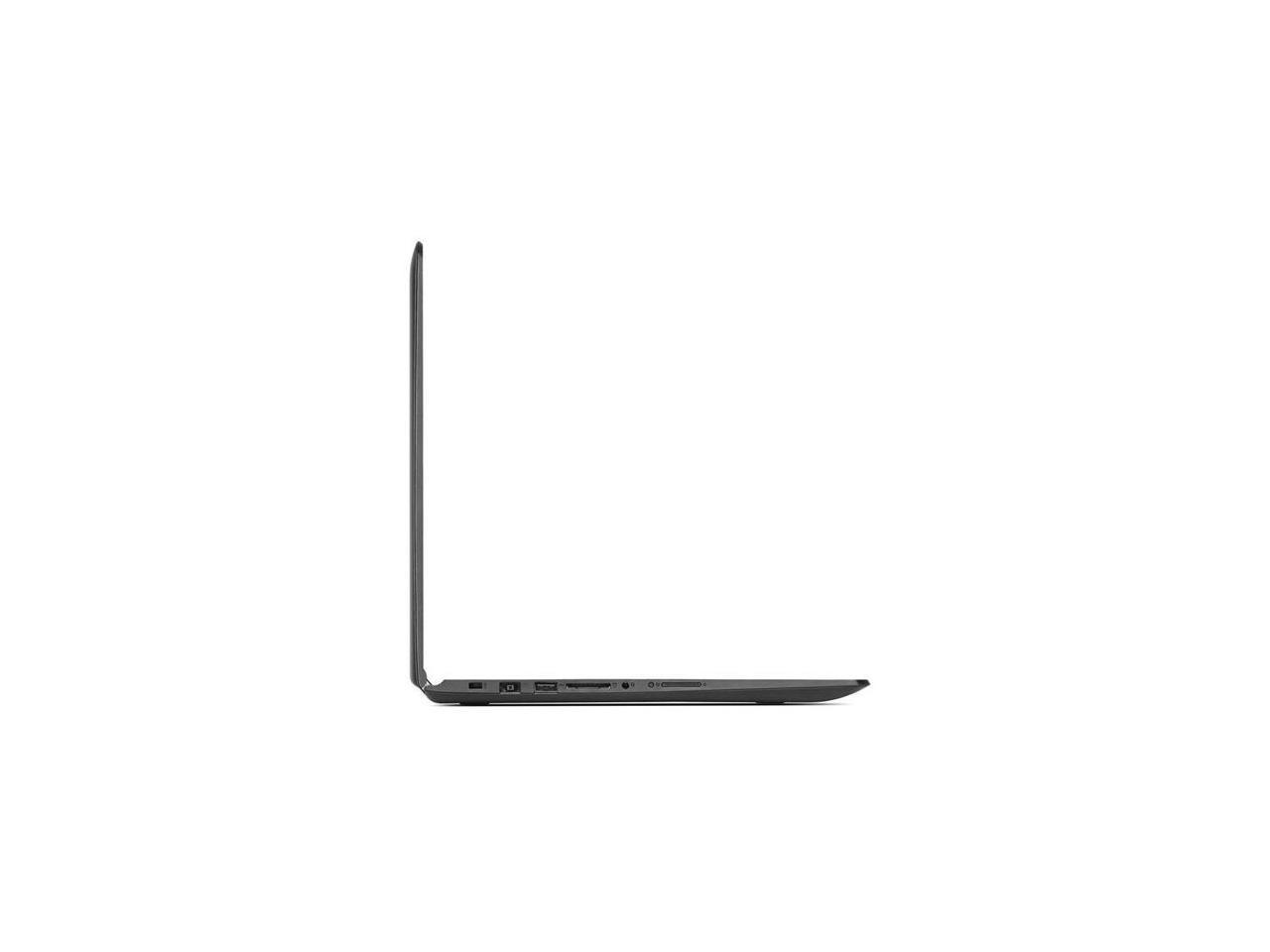 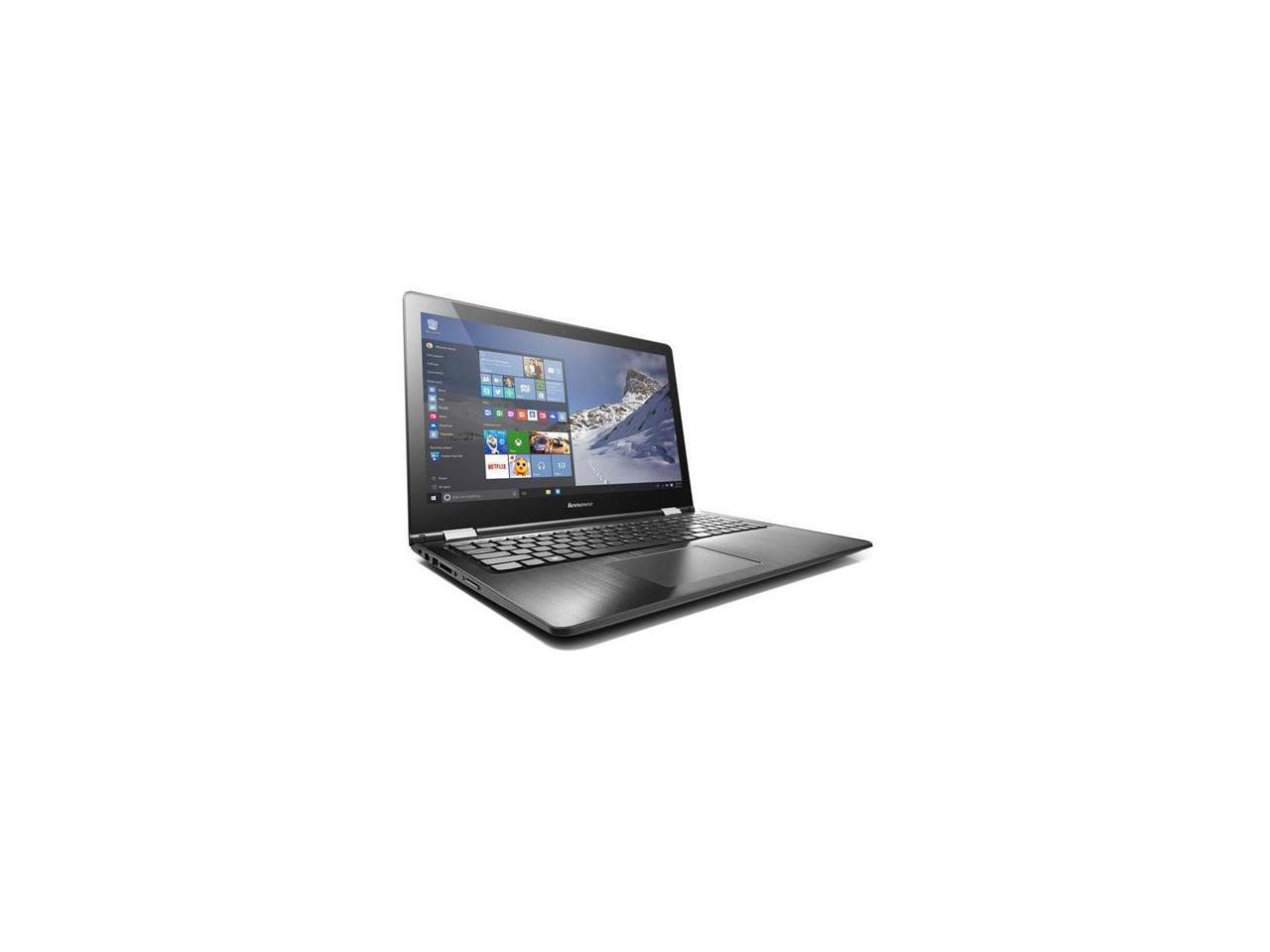 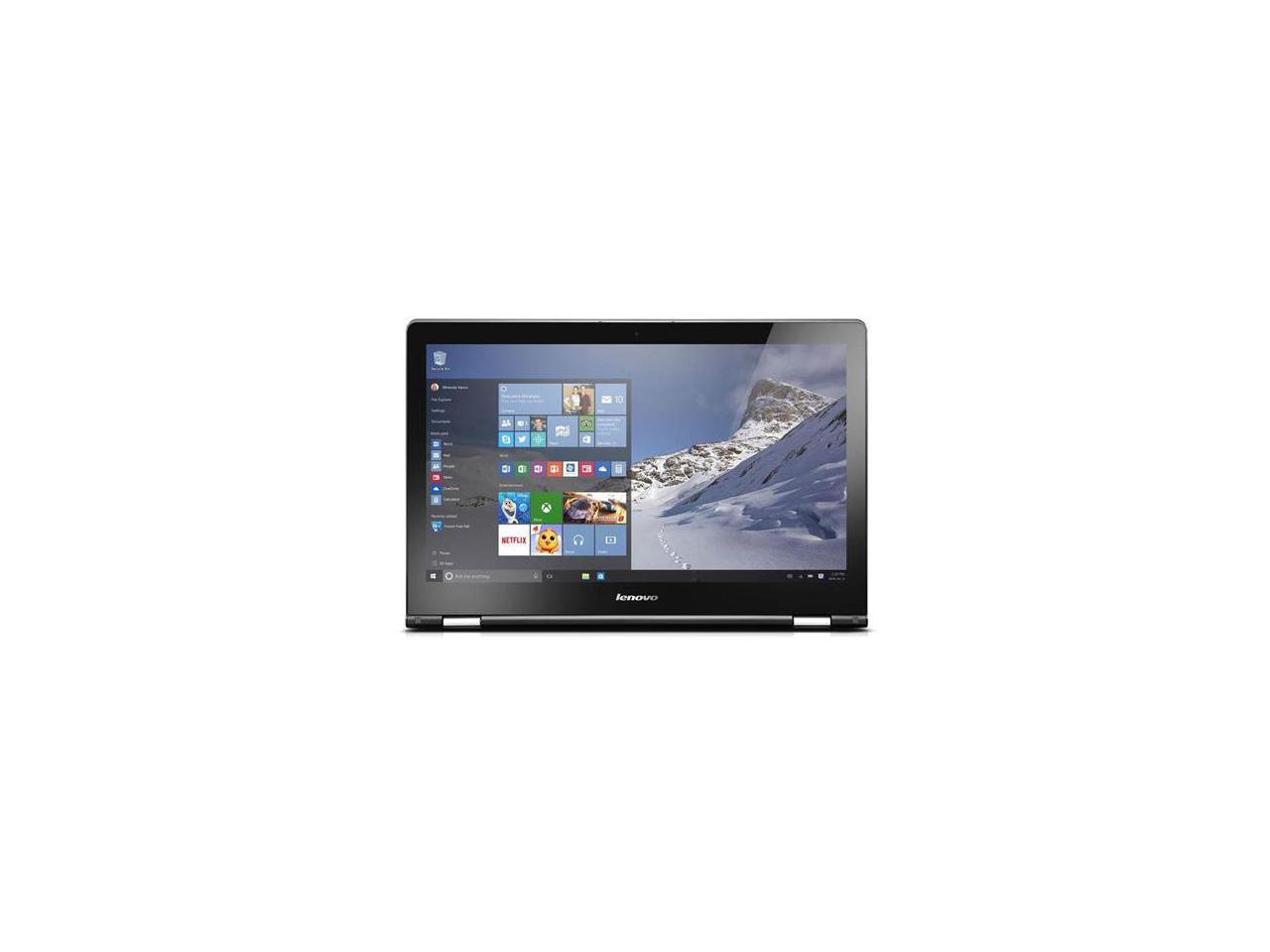 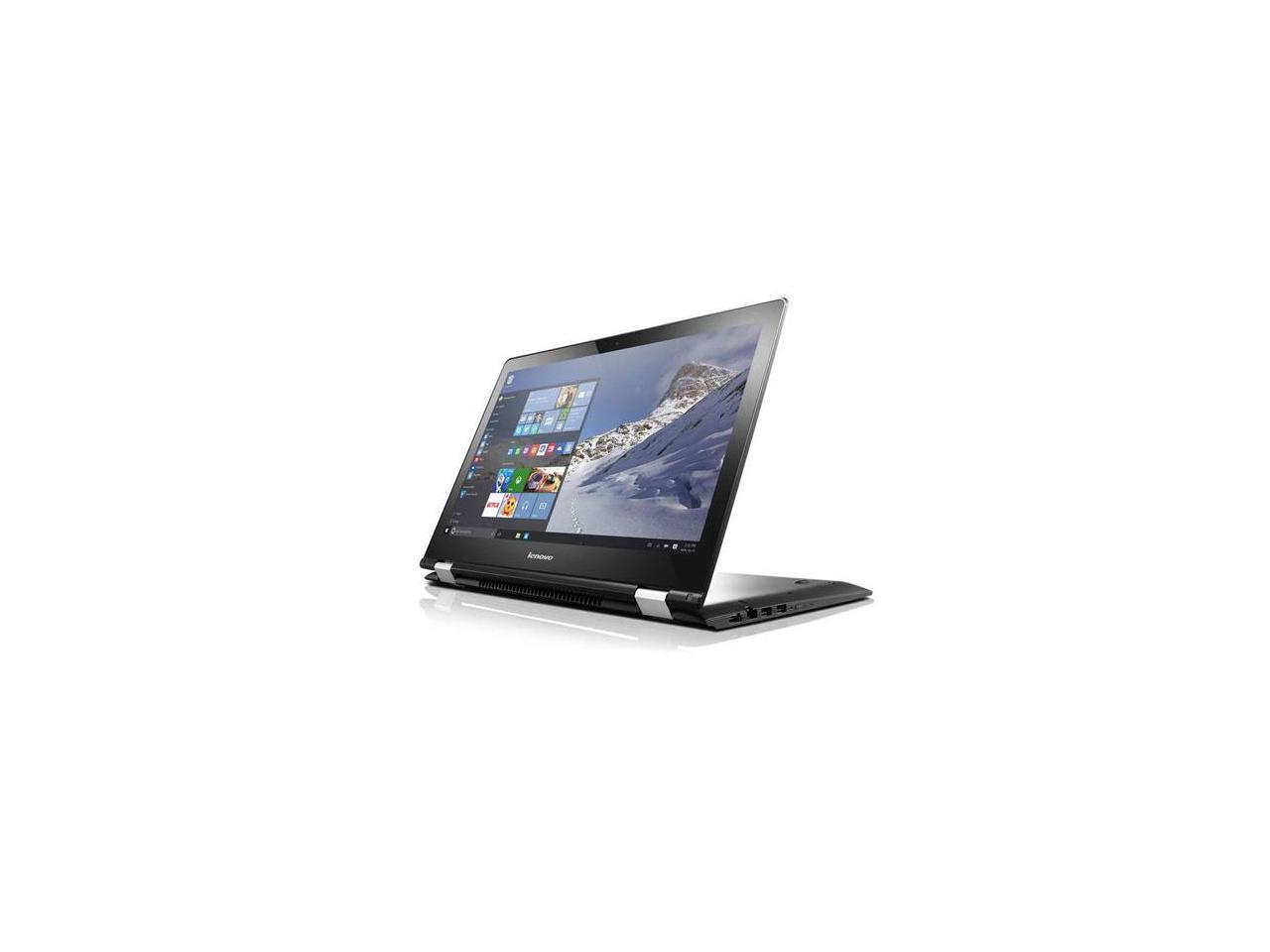 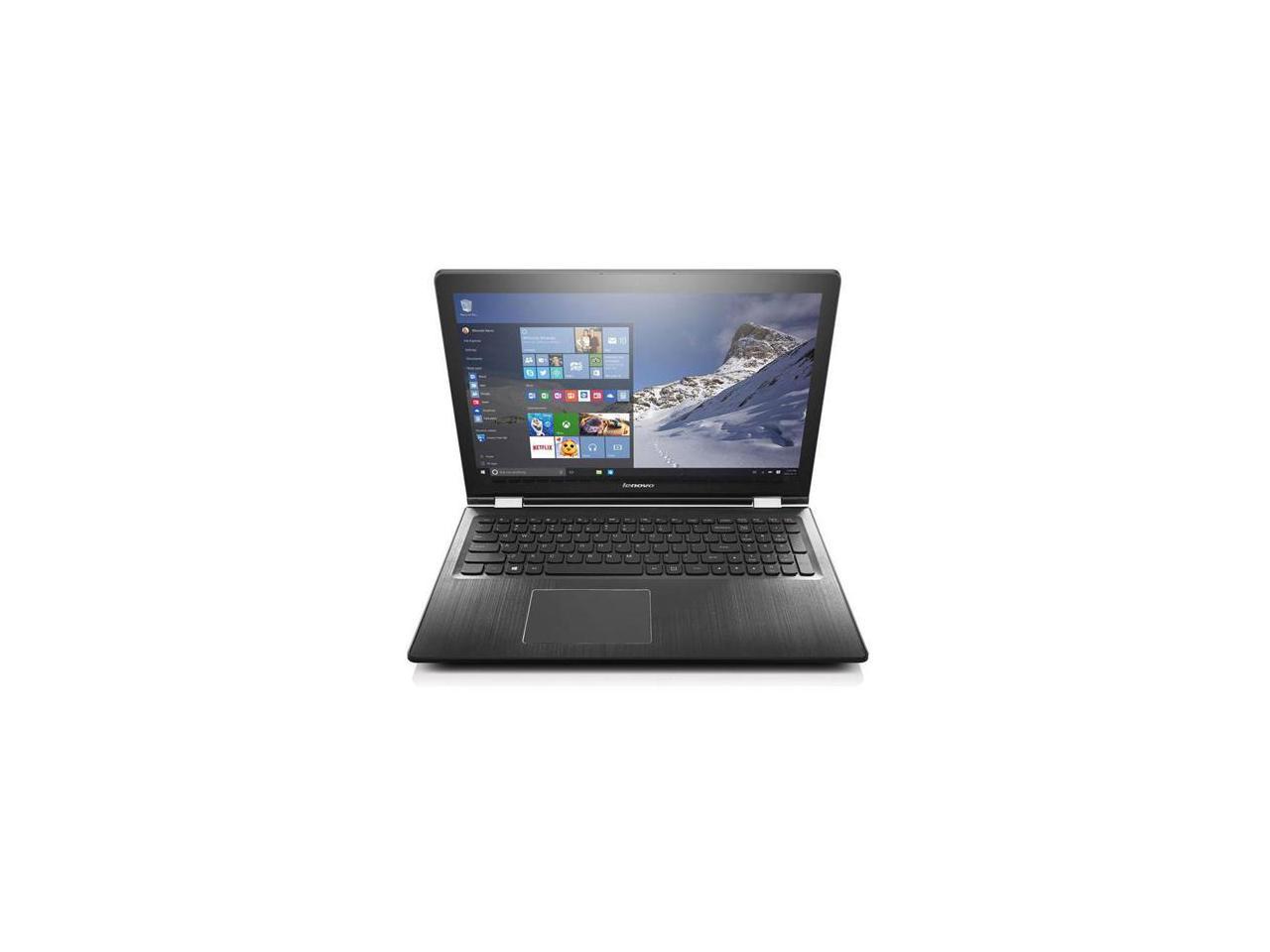 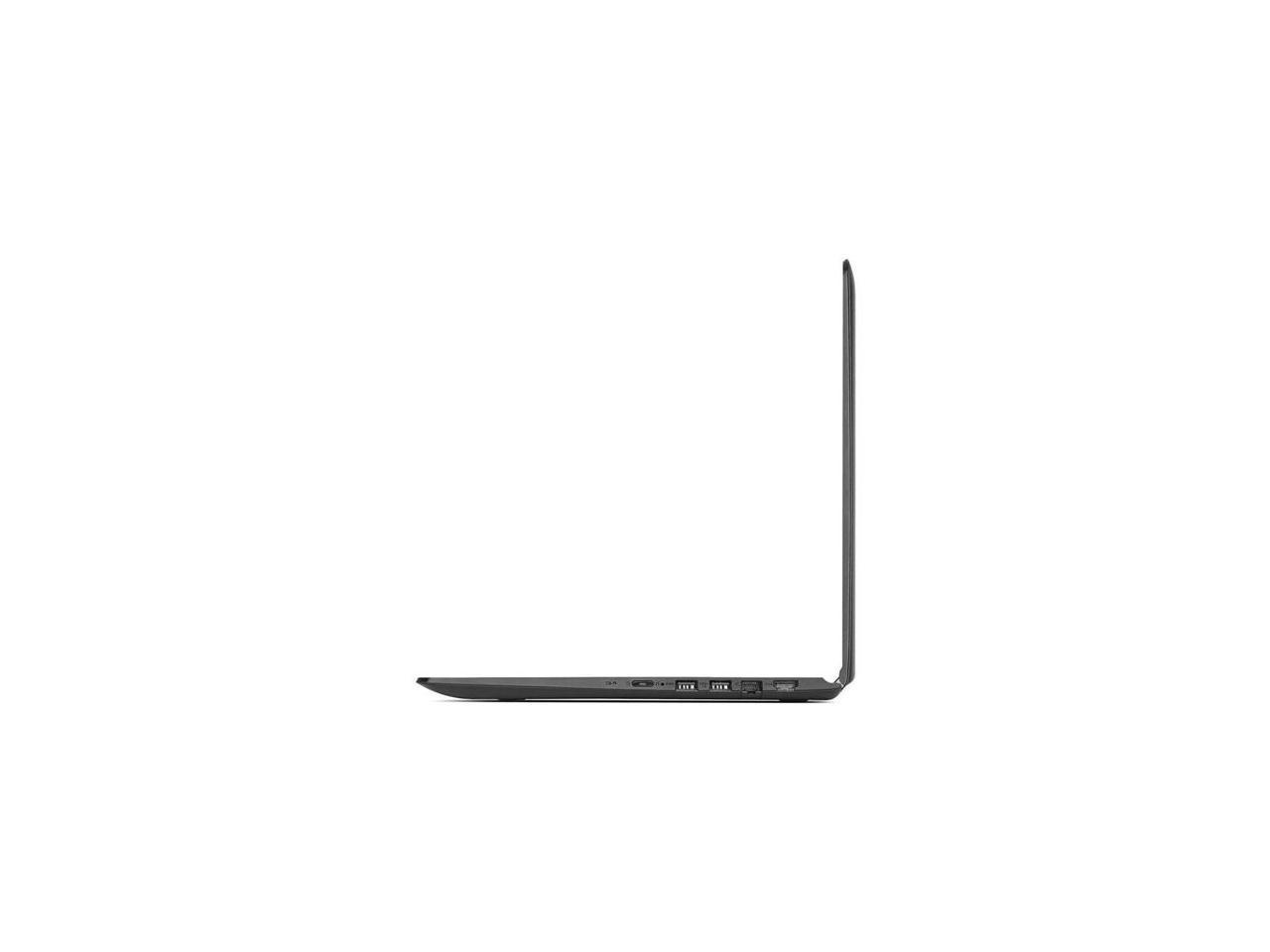 Cons: - Beware of WIndows 10 tracking! Disable those snitch features as soon as you can! - Screen is VERY reflective, I will have to buy a matte screen protector to take care of that

Overall Review: Be ready for a lot of updates when you first boot up! Took me about 6 hours to get them all downloaded and installed (Geforce drivers, Firmware updates and Windows 10 updates), however after that, all the issues regarding going to sleep or switching to tablet mode were gone! Honestly this laptop offers little compromise when compared to a desktop computer (except for the 2 core CPU and a GPU that's a little below "okay"), when at home you can put it in "stand" mode, put it next to your desktop monitor and use synergy to use your laptop as a 3rd screen.

Pros: Great product for the price, if you are mainly interested in an everyday laptop that doesn't need significant gaming or graphic capabilities. You'll notice the duo-core/lack of a quad core when first trying to set up the machine and update a gajillion things. Otherwise, it runs very smoothly with the dedicated graphics card. The touch screen works flawlessly and the machine looks very nice. Overall I'm very happy with the product.

Cons: 1. Just in case this happens to anyone else: When I first turned on the computer the wireless was completely fritzed (minus one star). It started, randomly dropped all wireless networks, then didn't work at all. Device manager didn't even recognized a wireless device was installed. I downloaded the latest Intel WLAN driver from Lenovo's support page (listed as a critical update) on a different computer, transferred it to the laptop and installed it. It fixed the problem instantly. 2. The initial boot up screen was surprisingly clean of third party bloatware. But there are a lot of Lenovo programs lurking in the background. Some people might find the features provided by Lenovo's software suite useful, but if not they are easy to uninstall.

Overall Review: Boot time from power on to being in the main screen was only 16 seconds. CPU-Z benchmarks were 1330 Single Thread and 3391 Multi Thread. Newegg shipping was fast!

Cons: Laptop LCD Internally cracked, without any prior damage and they refused to fix it. Lets just say I'm never buying a lenovo again.

Cons: There is a known issue with the sleep function. So if you stop using your laptop and let the screen sleep it won't come back on. You have to then restart the laptop. Back light on keyboard does a poor job at lighting the keys up.

Overall Review: Within 3 month of basic use, mainly just using it for school since I have a desktop I built for everything else, the screen on the bottom left started to come apart. The plastic piece next to the hinge was loose and the digitizer was coming away from the lcd. I kept trying to snap it back into place, but every time I opened the laptop up it would pop out again. After a day the plastic piece kept falling off, I applied little pressure to try and snap it back into place and it broke in half. I have contacted both Lenovo about the problem since it seems to be a manufacturer error and there is no actual sign of damage to the laptop because I never dropped it. My options were to either ship it to Lenovo or bring it to best buy. Both options would have a fee of roughly $100 dollars. I only paid $599 for the laptop and don't plan on putting in an extra 1/4 of the cost of the laptop in just 3 months. I just called New Egg to see if I can just return in even if it was 2 months past the date and I would take a $50 loss on it if they can just take it back. I am a premier member but apparently they don't really care. The competition on the other hand treats their "PRIME MEMBERS" exceptionally well. In the future I will most likely be buying from the competition. They won't let me name the competition for some reason, but by now I feel like everyone knows what a "prime member" is.

Overall Review: Flex 15 i7/SSD/940M Very impressed with this laptop, has the horsepower I need to run CAD software, handles games, video processing is crazy fast. Well built though the Lenovo business class laptops are sturdier. Definitely Flex-able, I can run Mobile apps, current or very old PC software on it with little issue. As mentioned I'm especially impressed with the ultrabook experience, so many different ways to control and navigate on these 2in1. That AND having the horsepower is stellar. Some issues with the OS build from Lenovo. Major Wifi card issues, symptoms included dropped connections and brownouts. Removing the Intel Wifi software and updating the standard windows driver to take control if the Wifi cured this issue along with applying several other updates including chipset drivers. I'm still giving this 5 stars, its a fantastic machine for this price.

Pros: I want a touchscreen Laptop, it is a good one with a 15 inch screen

Cons: - The Samsung SDC3752 (LTN156HL09401) display panel should be much brighter - Display is extremely reflective, despite anti-glare film - Touch pad is rattly, no real buttons, whole pad deck moves on clicks, clicks feel very hard to push and feel not so good - Lid feels a bit flexy/twisty/flimsy when rotating, especially to stand/tent/tablet modes, grasping on the corners - Power button location allows unintentional shutdowns, and sticks out too far - No removable external battery, and to get inside the laptop takes the removal of 11 screws - 8 GB max for RAM, in one bank - Std sized SD card will stick out very far from LH side - No room AFAIK for a second internal storage drive

Overall Review: Now for some niggles: - At a decent brightness level (95+), battery life is only about 2 hrs or so surfing, playing videos, etc. - Arrived with a couple stuck pixels - Display back-light bleed while not terrible, is enough to notice at times - Speaker output holes on the bottom front, can become muffled/covered easily - Count on a lot of driver updates upon arrival, a lot! - Wish it had a battery disconnect pin hole button to disable/re-enable the internal battery - Fan runs way too much for conditions, and despite an energy management driver, and BIOS update, persists. - Old Flex 15 had an almost rubberized exterior, where this one is much more slick. - Every screw on the bottom was loose, some very - Boot time seemed longish at about 16 seconds, with very few start-up items running - Can’t say/quantify exactly why, but it does not seem as “fast” in use as specs and expectations would suggest - I can only guess how much better the display would be, if the anti-glare film were not there – brightness I’m sure would improve to help cut through reflections, not to mention color accuracy from the box - I had to skew the blue brightness levels a lot, to get the display to be even close to normal, so perhaps it acts as a “blue blocker” too? Overall I like this Made in China (12/11/2015) rig, and especially liked the super fast Newegg free shipping, price, and no tax! Like my original Flex-15 bought from Newegg, this model has an aluminum keyboard deck which looks and feels premium, a numeric keypad, volume and brightness can be adjusted without having to hold down the function (FN) key, and the appropriate up/down key. Both the Cap and Num lock keys have tiny LED lights that glow when locked, which is a nice touch. The touch pad can be toggled on and off which I find handy at times. The keys feel pretty snappy and have a good feel, with some (especially lower LH side), flex, but is generally minimal. I really like having a lot more ports than the new Yoga 710, this includes an Ethernet port, and full size HDMI. Also unlike the Yoga 710, you get a volume control rocker on the LH side, which I do use and like. If this laptop had a display that was just a bit better, I would be totally satisfied, especially for the price - I would buy it again so far. I hope it is reliable, as my original Flex-15 had “ghost touches” on the touch screen very early on, then when out of warranty, the digitizer failed. Do wish it came with a different SSD; my original Flex-15 came with a speedy factory installed Samsung SSD that booted in about 6 seconds, this Flex-3 as mentioned seems a bit slow in boot and use especially for its specs... It has a "Ramaxel" brand SSD, and wonder if it could account for this? Thanks for hanging in there with my review, and have a great day. ************************ EDIT 5/31/19******************************************************* As with a recent reviewer, I just had my Backspace, and Space keys go wacky some of the time... Work one minute, not the next, and sometimes laggy working intermittently. Tried reloading KB drivers, new drivers, changed setting, reloaded the OS, reloaded from an image made before the problems started, and it still happens. Not sure if it is related (don't know how), but it seemed to start right after I did the W10 1903 update. This update caused other issues so I uninstalled it, but the two key issues remain. EXTREMELY frustrating, and not confident a replacement KB would fix what seems the issues cause lies elsewhere... Even removed the keys, and very well cleaned out the area - still happens. Also the lower plastic shell/case developed a crack about midway, and the laptop was never dropped, or mistreated; just seems this area is too weak for long term use. Really hate to have to start looking for a replacement, but I have too. ******************************* 6/3/2019 EDIT ************************************************* Decided to open up the case, to see what I might do to help, and after disconnecting the keyboard ribbon and cleaning the contact portion with electronics cleaner, it is working again seemingly back to normal. I did however discover broken plastic pieces at the front stop where the two parts of the case meet, and the RH hinge location. While unscrewing the screw in this area, the case separated under force, exposing the broken pieces... Man, what a junky, flimsy design. It does not help that the hinges are too strong for this weak set-up, so can't say I am surprised. Again, this happened by normal use, no drops or bumps. This is a common fault I have since discovered. Before checking the keyboard ribbon, I did run the computer down several times until it would not restart, then removed the battery. Also, the flimsy design is very evident when the cover is off... Really CHEAP, unbelievably flimsy bottom cover, all plastic chassis... Had to be very careful to hold the top part correctly, or it felt like it would twist damage.