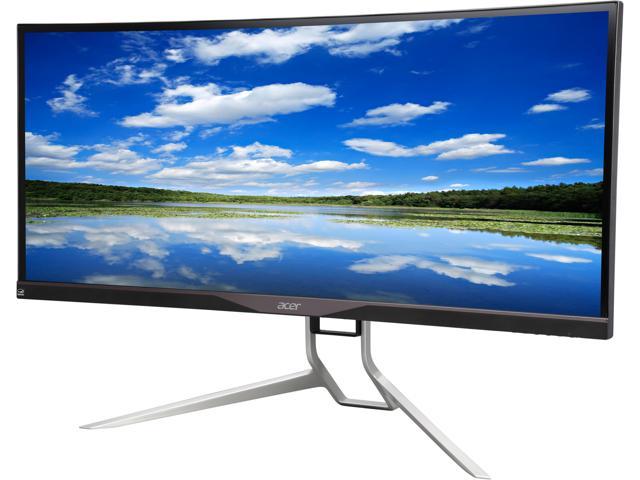 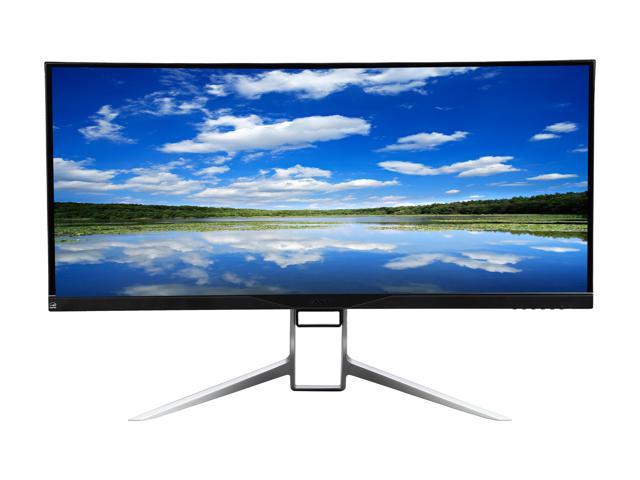 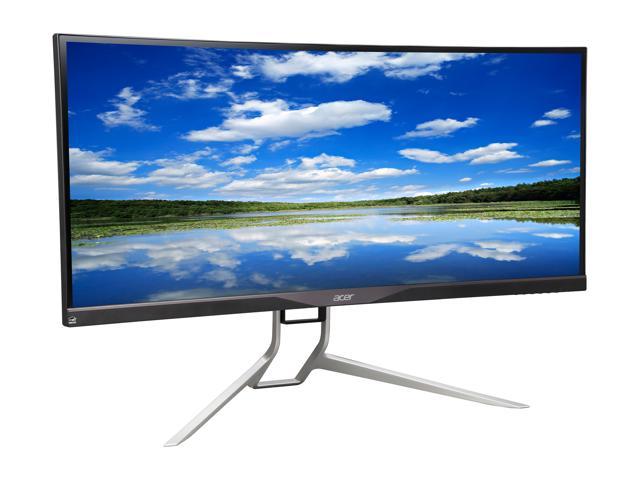 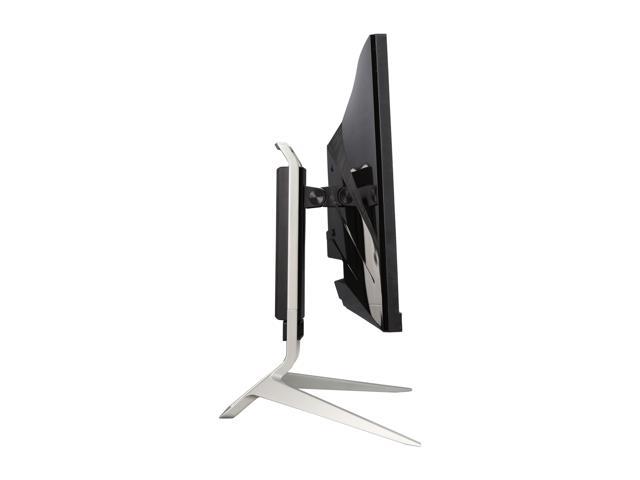 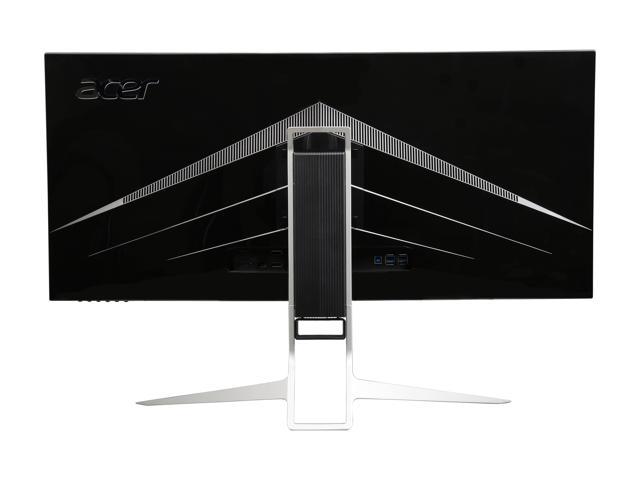 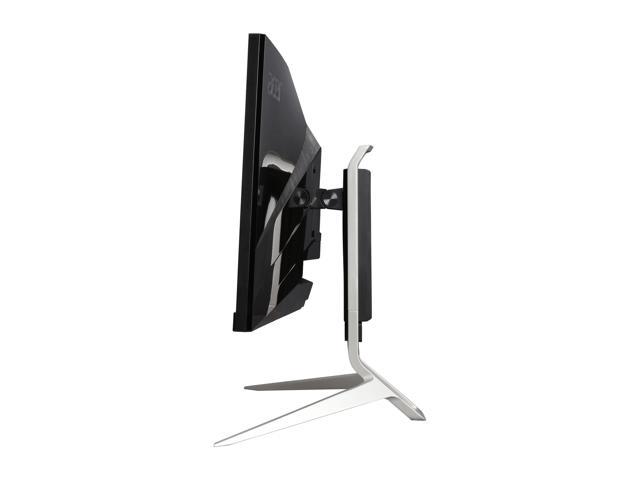 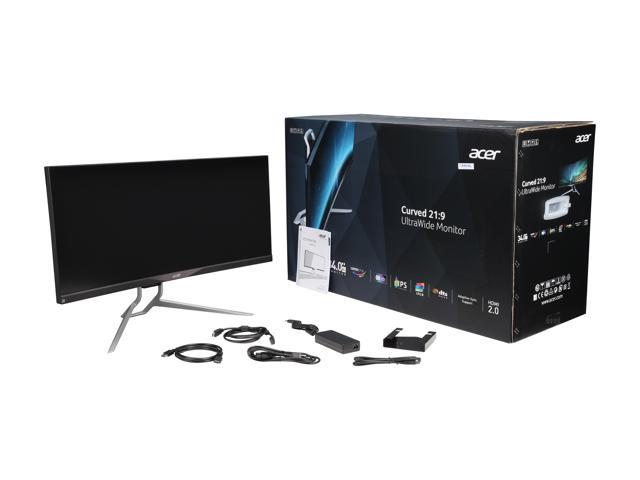 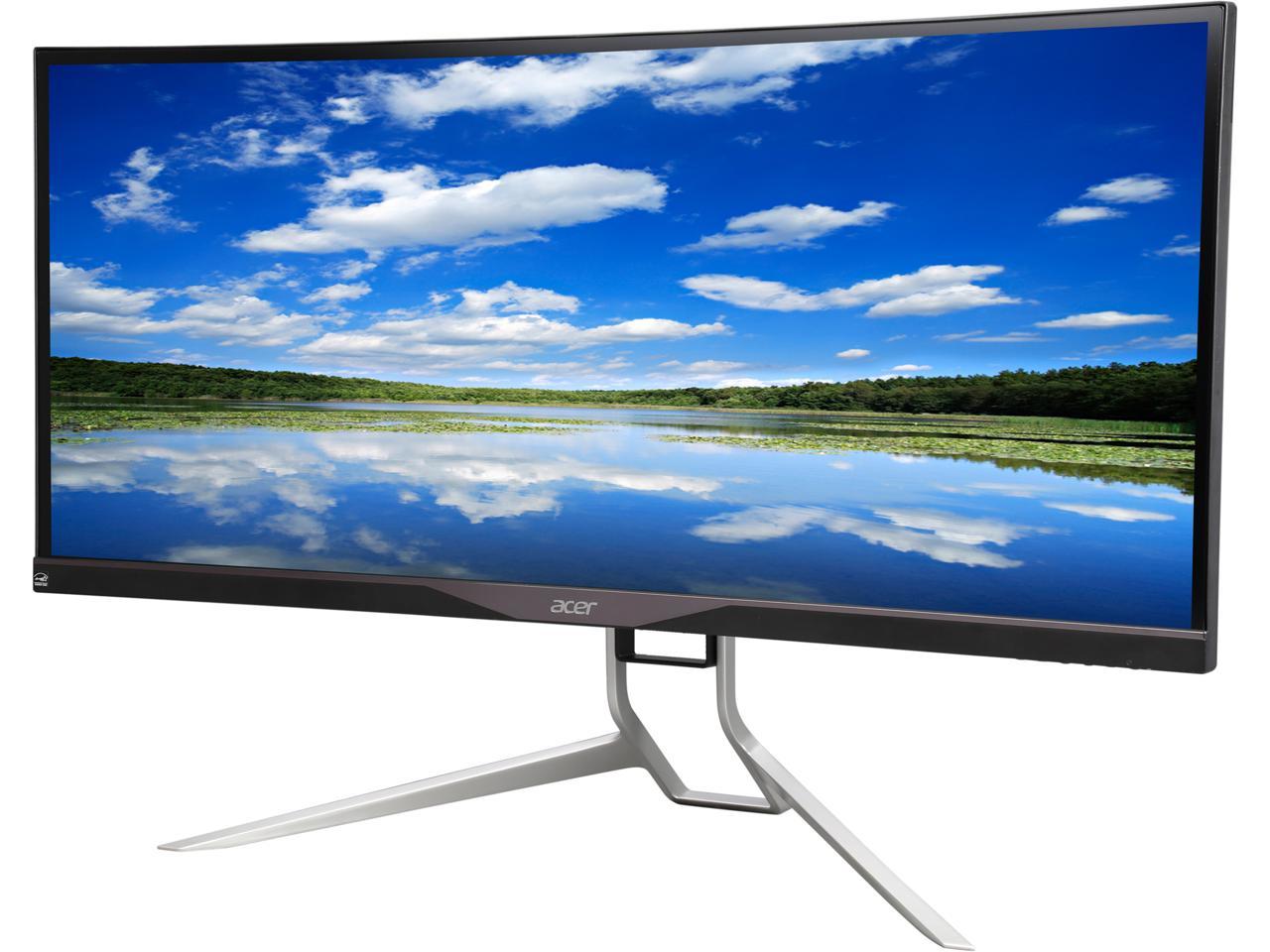 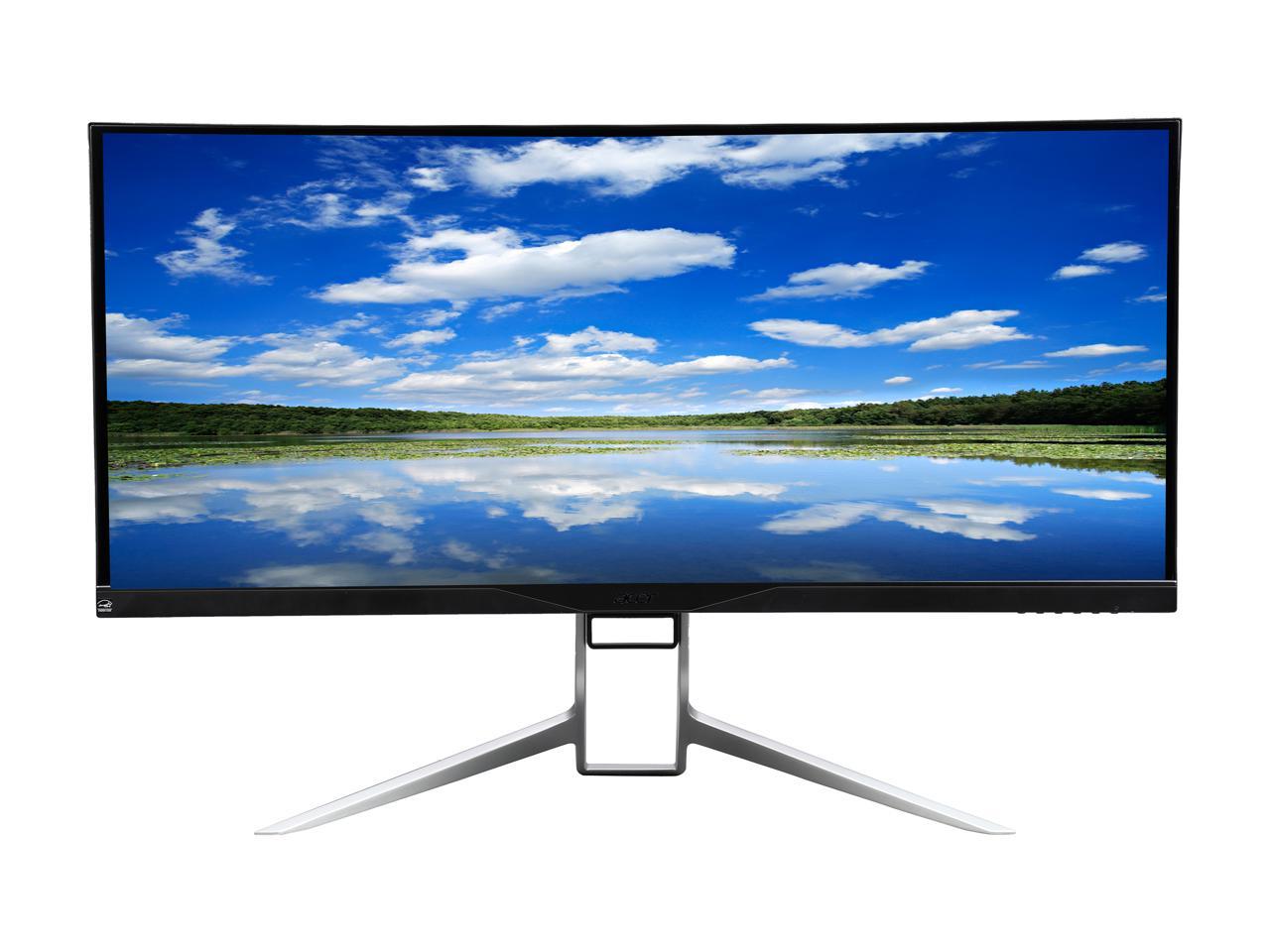 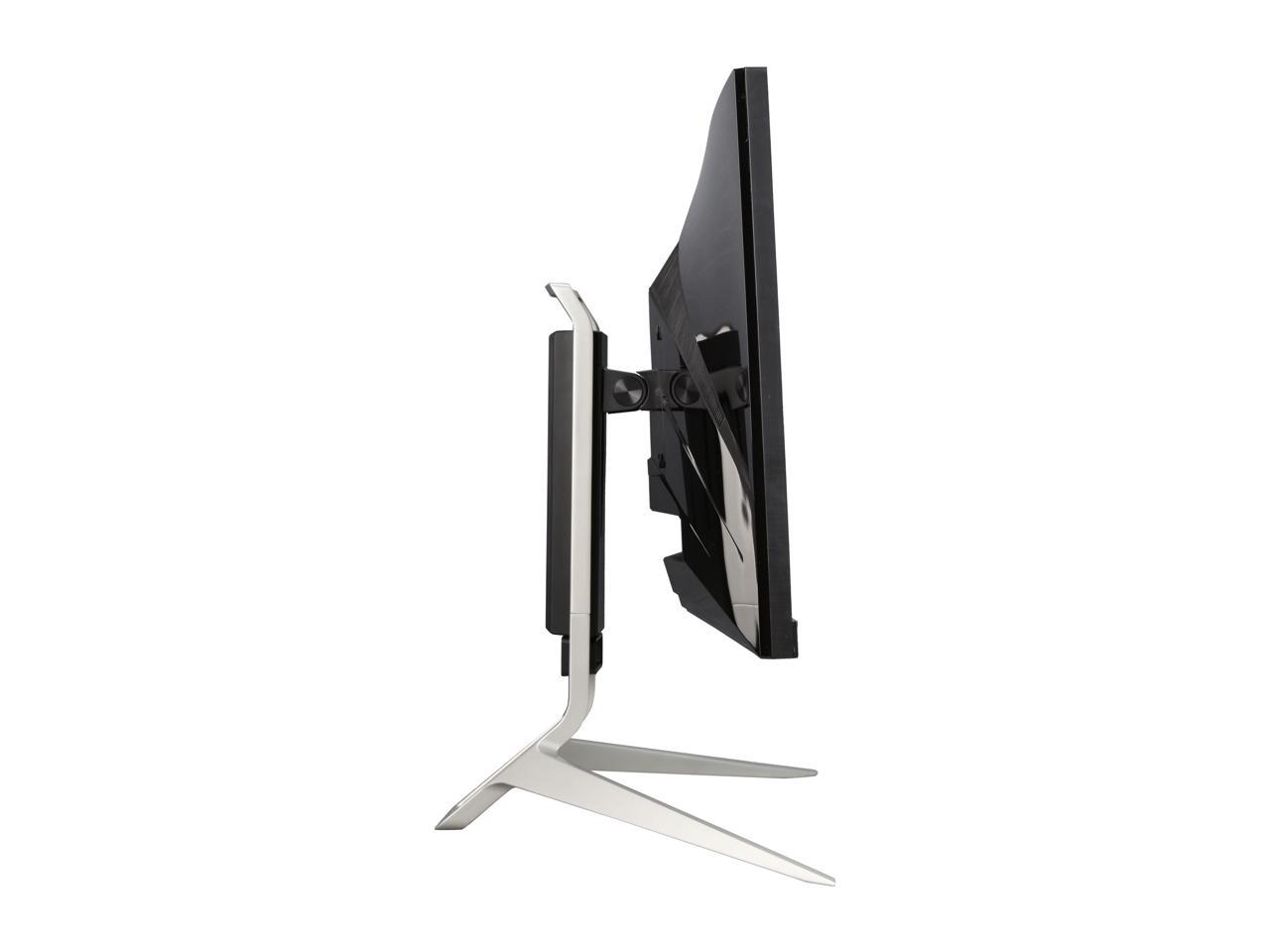 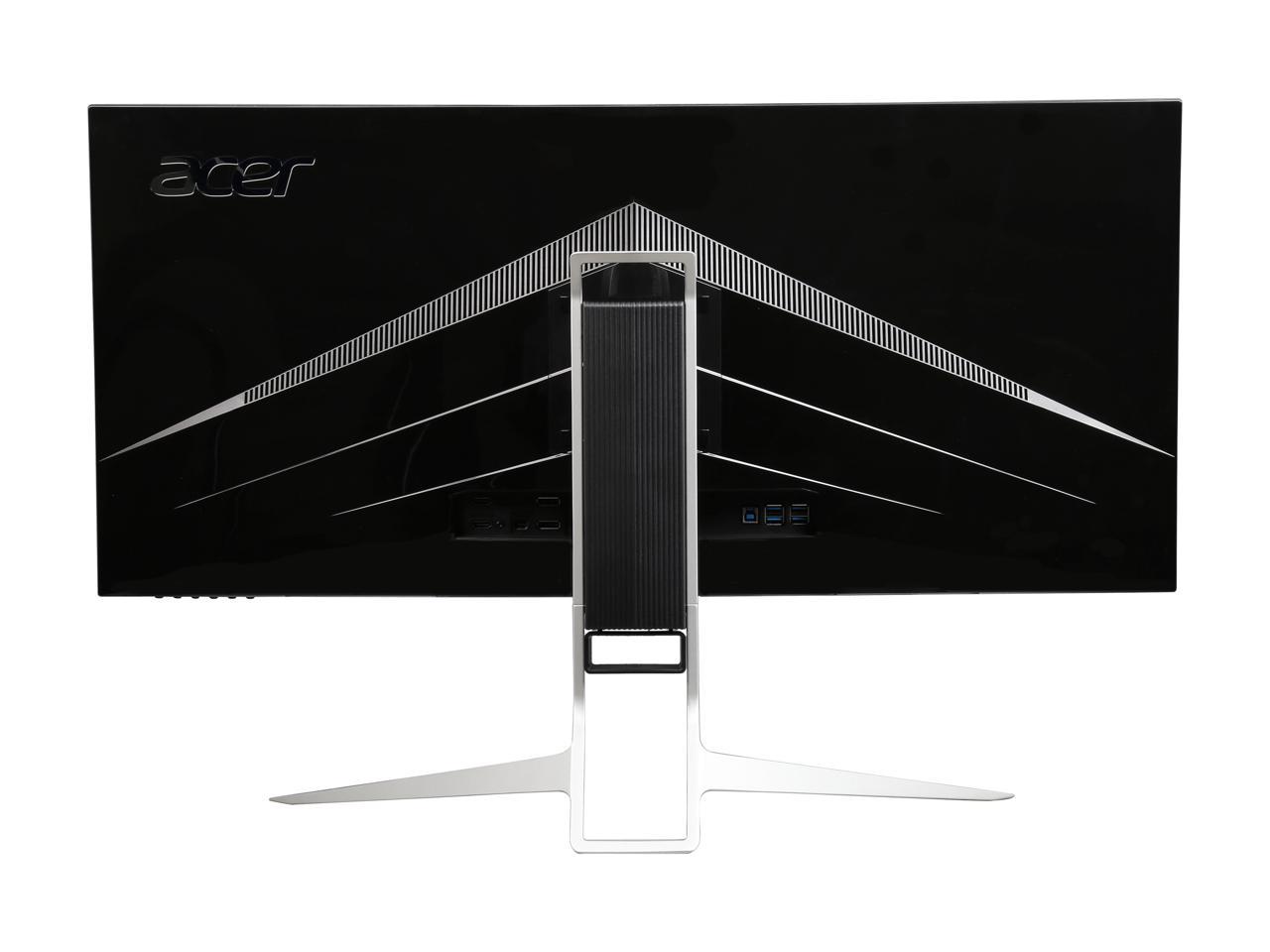 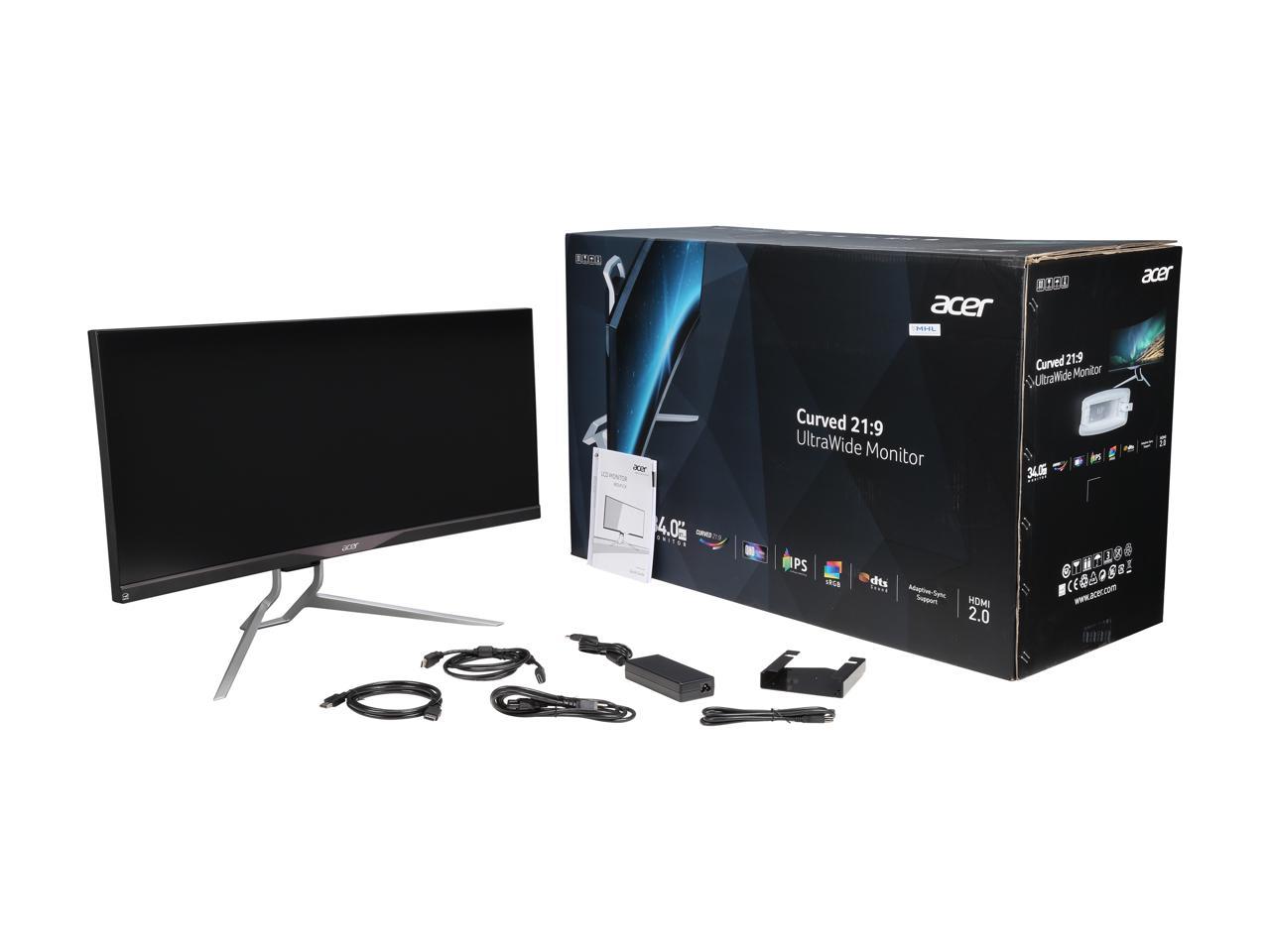 Cons: - flickering - artifacting - disconnects - popping sounds - the menu is horribly designed - cheap DP cable included (get yourself a better one) - the return policy for these types of things should be revised. If the monitor *doesn't work properly*, I should be able to get a refund. Instead, I have to go through the RMA process through Acer. How on Earth can I tell if something works or not AND keep the box unopened and in its original state?

Overall Review: If you're wondering about buying this monitor, you should. There are plenty of individuals that don't have any issues whatsoever, but if you do your research, you'll find that the problems I've mentioned above are widespread. Acer's community managers have essentially been absent and non-responsive on the matter for this version (the G-Sync version is recalled and receiving community support). That being said, it doesn't change how beautiful the monitor is (when it works).

Pros: Very big screen so make sure you have a large enough deck or mount it to the wall since it has VESA mounting holes. 75hz runs great with (30-75hz) freesync but with 1 fury X card it can be slightly tough to hit the 75hz it using high or ultra settings in games, Colors are great with this IPS monitor and the ppi is perfect so no blurry letters. Bezel on is near very thin and has lights on the bottom of the panel that can be controlled with the menu.

Cons: slight light bleed from the bottom left corner but nothing to RMA about.

Overall Review: i thinking about getting another to dual screen with...... X.x

Cons: There is some backlight bleed, not too bad unless your have a black background, not really too noticeable otherwise. Seems to be a common problem with all ultrawide screens in this price range and cheaper.

Overall Review: Freesync 1440p ultrawide, 75hz refresh IPS, only a higher refresh rate could have made this any better, it's d---- near perfect otherwise, however it's pricey, and the wife reminded me of this many times lol, would but again

Pros: - Curve is great, not too much - Was able to reach 100% sRGB using Spyder 5 Pro - Free-sync.....more on that later - The mount is fantastic allowing you raise and lower the monitor as well as tilt - The menu was fine for me, but I am not picky at all...the tilt allowed me to access the buttons with ease to setup what I needed - Minimal backlight bleed on the one I received, or at least it does not bother me. I researched alot of panels before deciding on this one. Most other panel I looked at had reviews that indicated terrible backlight bleed. Mine seems to have very minimal, but again maybe I am just still in the 'honeymoon' phase as I have only had this monitor for a few days. I list this as a pro since nearly every single IPS panel is going to suffer from backlight bleed. - Free-sync...more soon but this along with 100% sRGB is my main reason for choosing this over several other panels, besides backlight reports - No artifacting on mine, no dead pixels

Cons: - Sound sucks, but it does not bother me as I use headphones and new it sucked from other reviews - Price. I got mine on sale for $850 but I feel that should have been New/Entry level price to begin with. While it is an awesome monitor the price is simply too high for having a consistent issue with IPS backlight bleed technology. I think that a great sale price, and one that I would readily buy again would be around $650. - No bonus with purchase such as free game. It really should come with a free AAA title game to enjoy this on.

Overall Review: - I would recommend this monitor based on my experience thus far. - Free-sync....Ok so freesync is incredible. I purchased a Sapphire Radeon R9 390 8GB DD5 graphics card for this display and almost returned it to instead get two 980ti for sli, but after watching a review or the R9 390 on youtube from jayztwocents, and his benchmark results as well as temp results, even though he said it was not a 4k graphics card, I decided to give it a go. I launched witcher 3 with that card, an older 8320 8 core processor (not OC'd), 32GB DDR3 2300 RAM and ran at ULTRA with display port cable and freesync on, using SMAA and graphics overhaul from nexus and loved how smooth the gameplay was at 3440x1440. I turned on FPS using MSI Afterburn and was dipping into 28fps low and 42fps high and I did NOT notice a single bit of stutter or tearing....Freesync that is all I can say and WOW!

Pros: -Great size and resolution -Freesync -IPS -Curved -Heavy enough that if needed, it could be used as a blunt weapon to repel a thief, but you don't want to us it for that

Cons: -Pricey, but worth it. -The Backlight bleeding, although I only notice when the screen is very dark and even then, if my attention is not dravn to the corners I do not notice it -The speakers are pointless if you have anything else -The menus are annoying to navigate -A lot of games do not support 21x9 well and many others will only be in 16x9, leaving 2 black bars on the sides, not Acer's fault but a warning.

Overall Review: It is pricey, no doubt about that, but it is amazing to play games and edit video on it. The UPS guy asked me if it was really just a monitor or a whole computer because of the size and weight of the box...

Pros: Everything listed on it. The curved screen is much better than I thought. Ultra-wide gaming is amazing. IPS color is awesome. Viewing angles are great. Every game I've played supports 21:9 Watching movies in 21:9 is sweet. I have owned this since day 1 of release (late July). Not a dead pixel, not a single issue with performance. I am in love with this monitor and want to have it's babies. Reviews about backlight bleeding are just complainers. It's never as bad as people moan about. The moaners are usually 120-140hz TN panel users that buy an IPS. Look, backlight bleed is to IPS what bad viewing angles is to TN. It's a fact, not a deal breaker. I never notice it anyways.

Cons: Every game I have played doesn't support 21:9 for cut-scenes / in-game movies. Bummer but not a deal breaker. Freesync is buggy. Not at the fault of the monitor though. It's the drivers. In some applications if you use AMD Target Framerate Control you end up with digital noise tearing. Turn of TFRC and it's gone. Found this in Fable Legends Beta, Wildstar, Fallout 4 and Witcher 3.

Overall Review: I would recommend this to anyone who can afford it who owns an AMD card.

Cons: -Curve radius is larger than other newer monitors; its almost flat -75hz (if you find that a con...) -appears bezel-less when off but has 1.3cm bezel. -for some, weight is formidable due to the nice stand

Pros: I recently bought this monitor to replace an old 25", and I have to say the width and the curve makes a big difference. Since I do a lot of development, having the screen split in 3 or 4 while writing and testing code makes it simpler to navigate on just on monitor. Like someone mentioned in another review, the accent light is a nice touch. Also, the monitor is already assembled; all you have to do is take it out of the box and connect the power cord and your video cable. It comes with an HDMI and a DisplayPort cable. The stand is height-adjustable and it tilts, which is great if you need to work while standing. And for what it is, the speakers are fine. I'm not huge on sound since I normally wear headphones.

Cons: The menu is a little awkward, but it's not a deal breaker to me. I don't spend all day poking around the menu anyways. I went thru the settings and configured it to my taste and that's it.

Overall Review: I would definitely recommend this monitor to anyone. My landlord saw and he liked it a lot, so there's a big chance he might end up buying one as well.