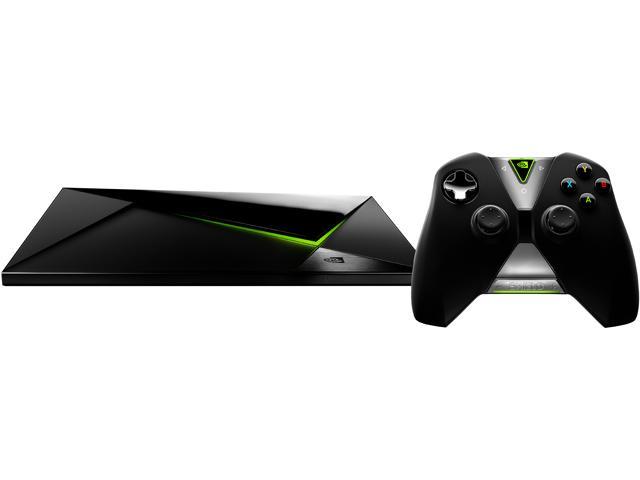 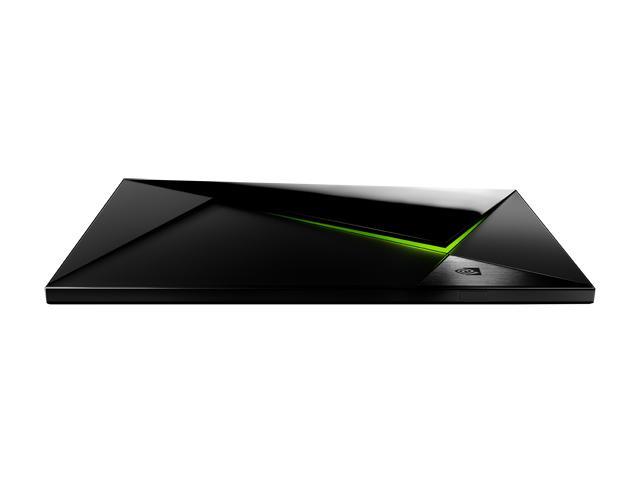 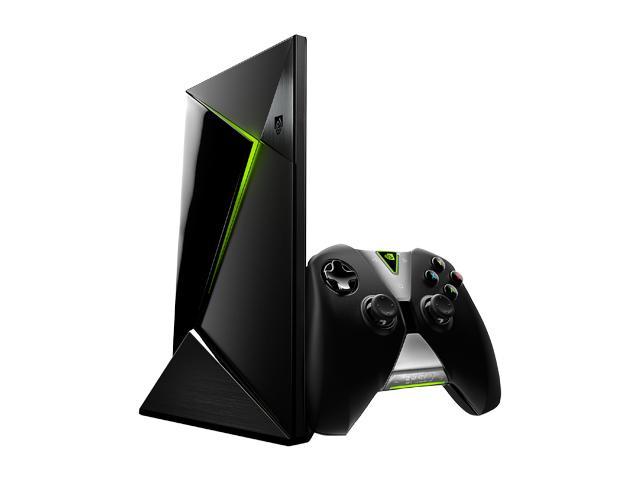 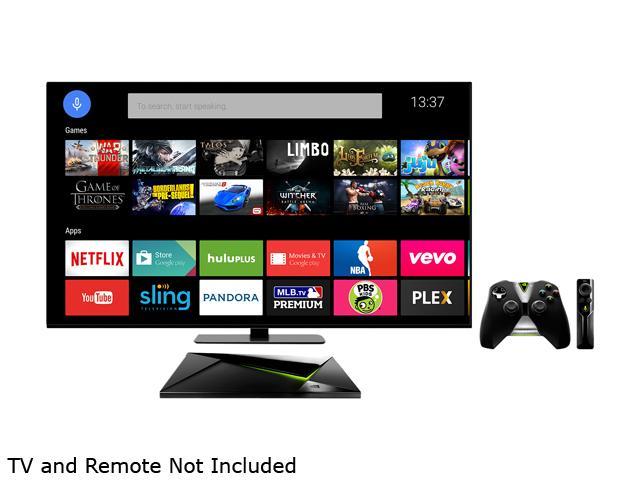 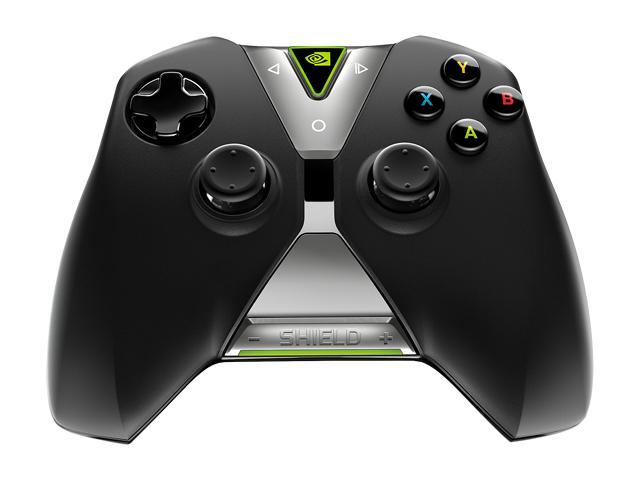 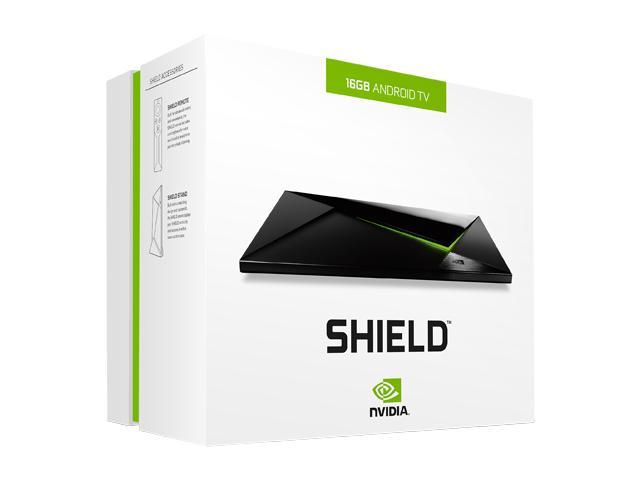 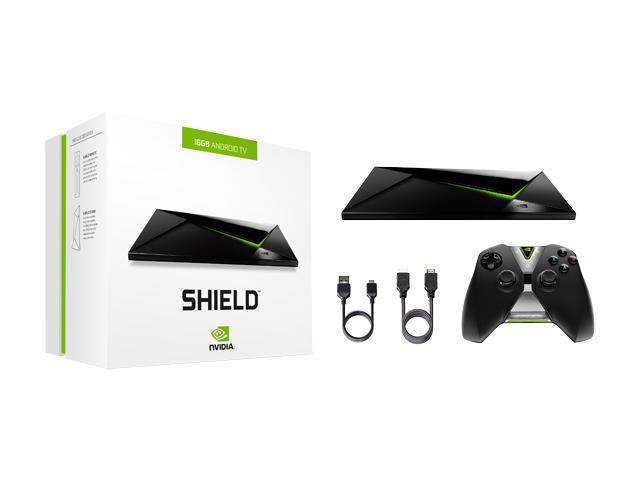 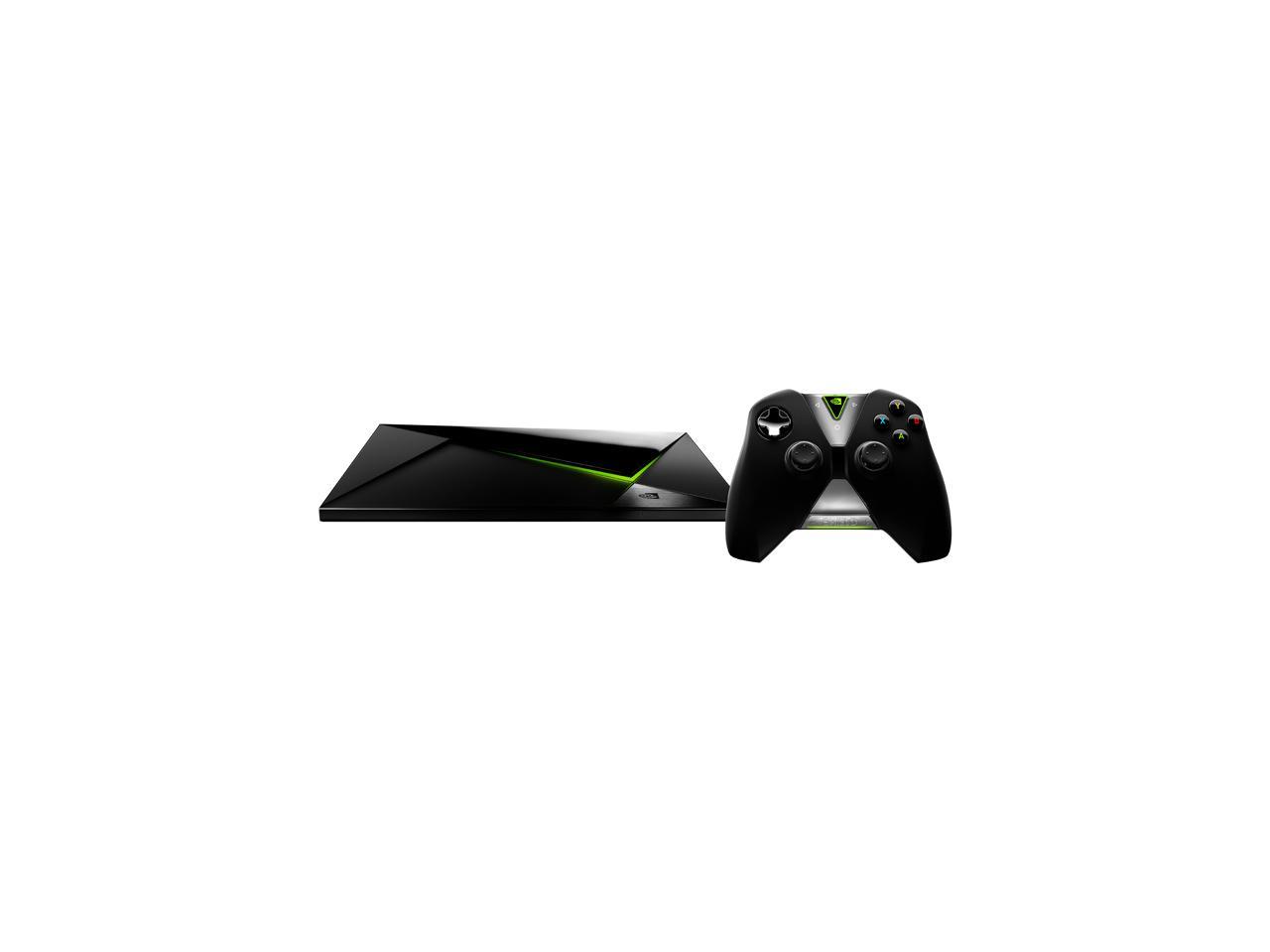 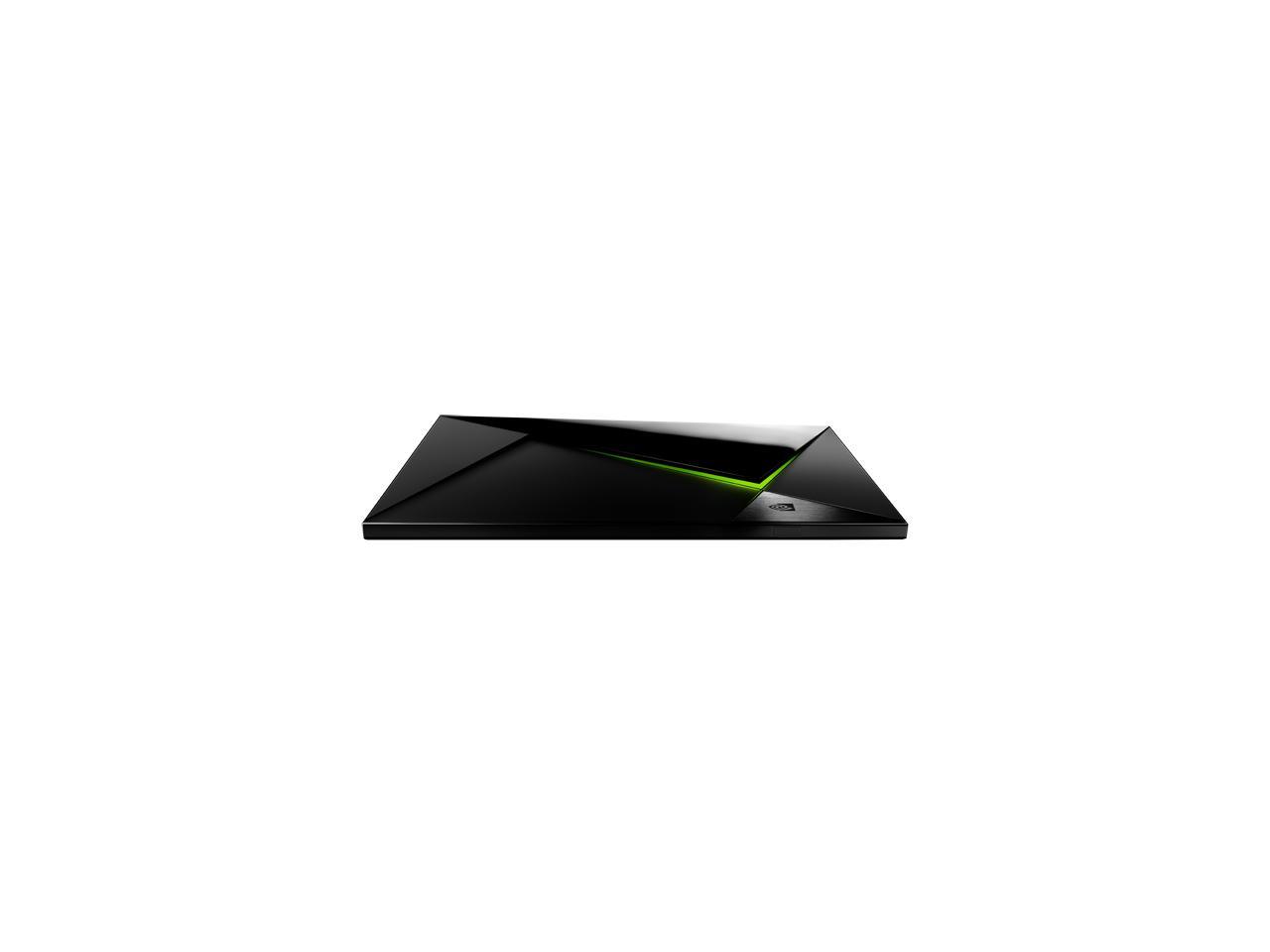 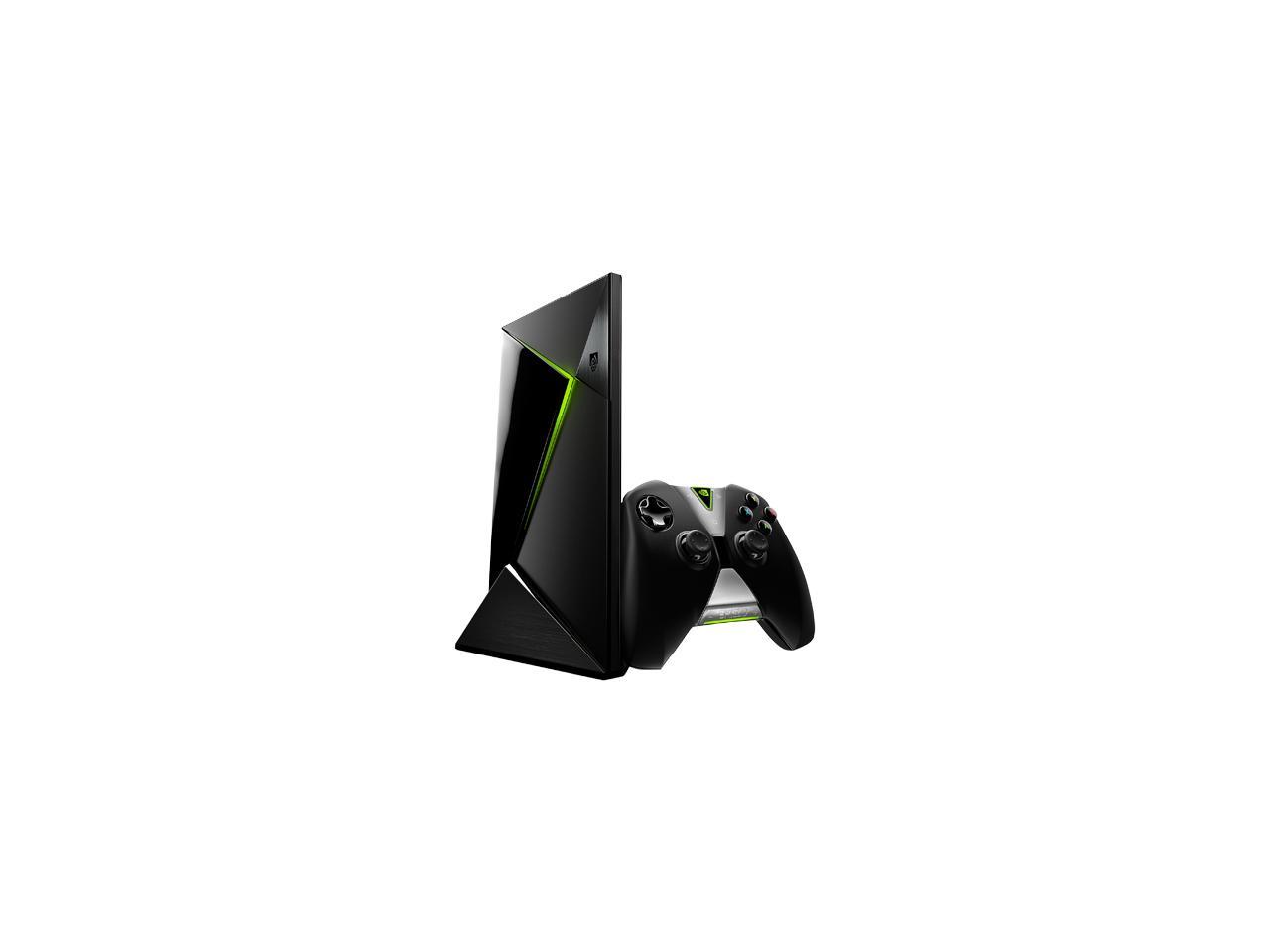 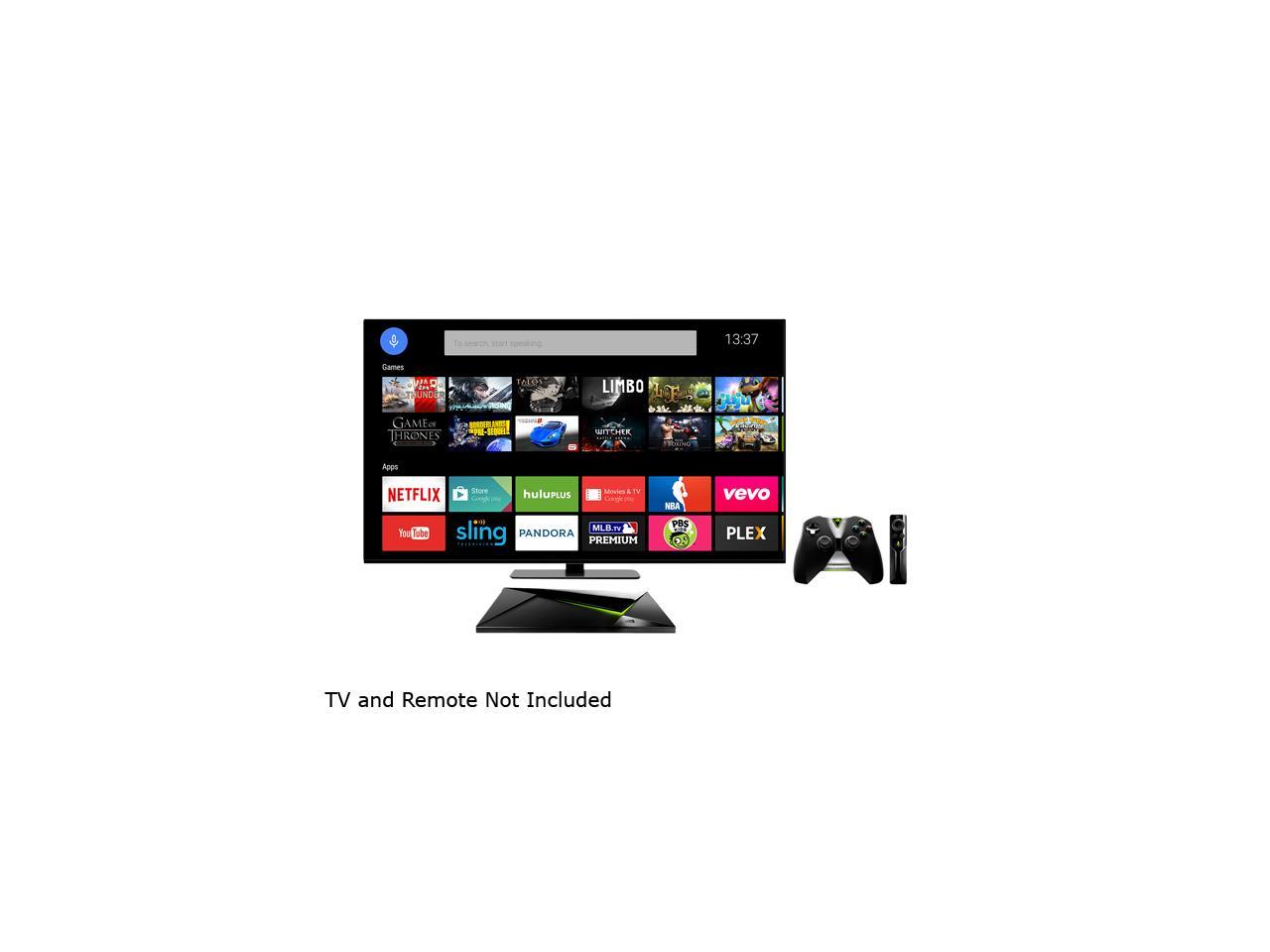 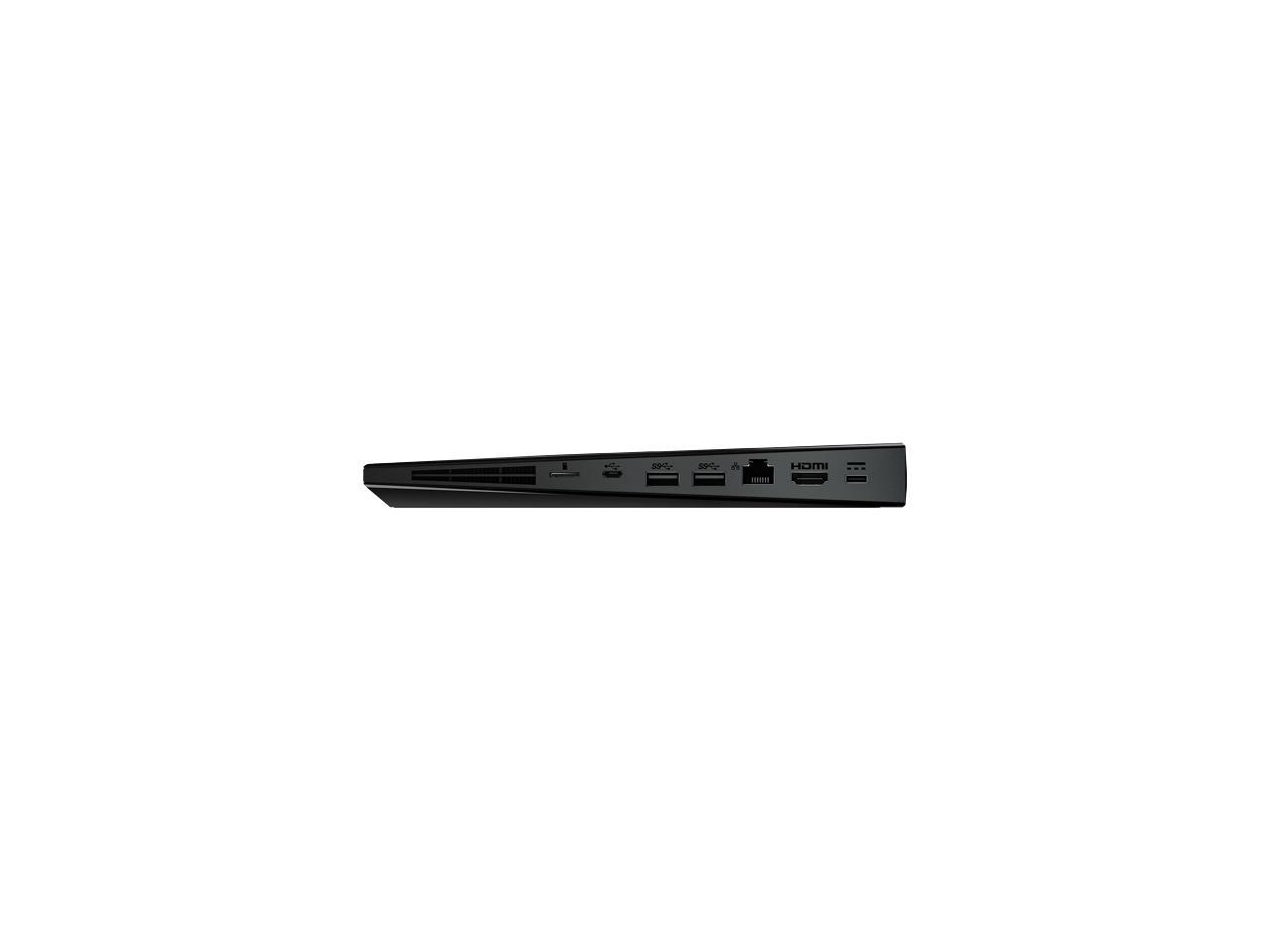 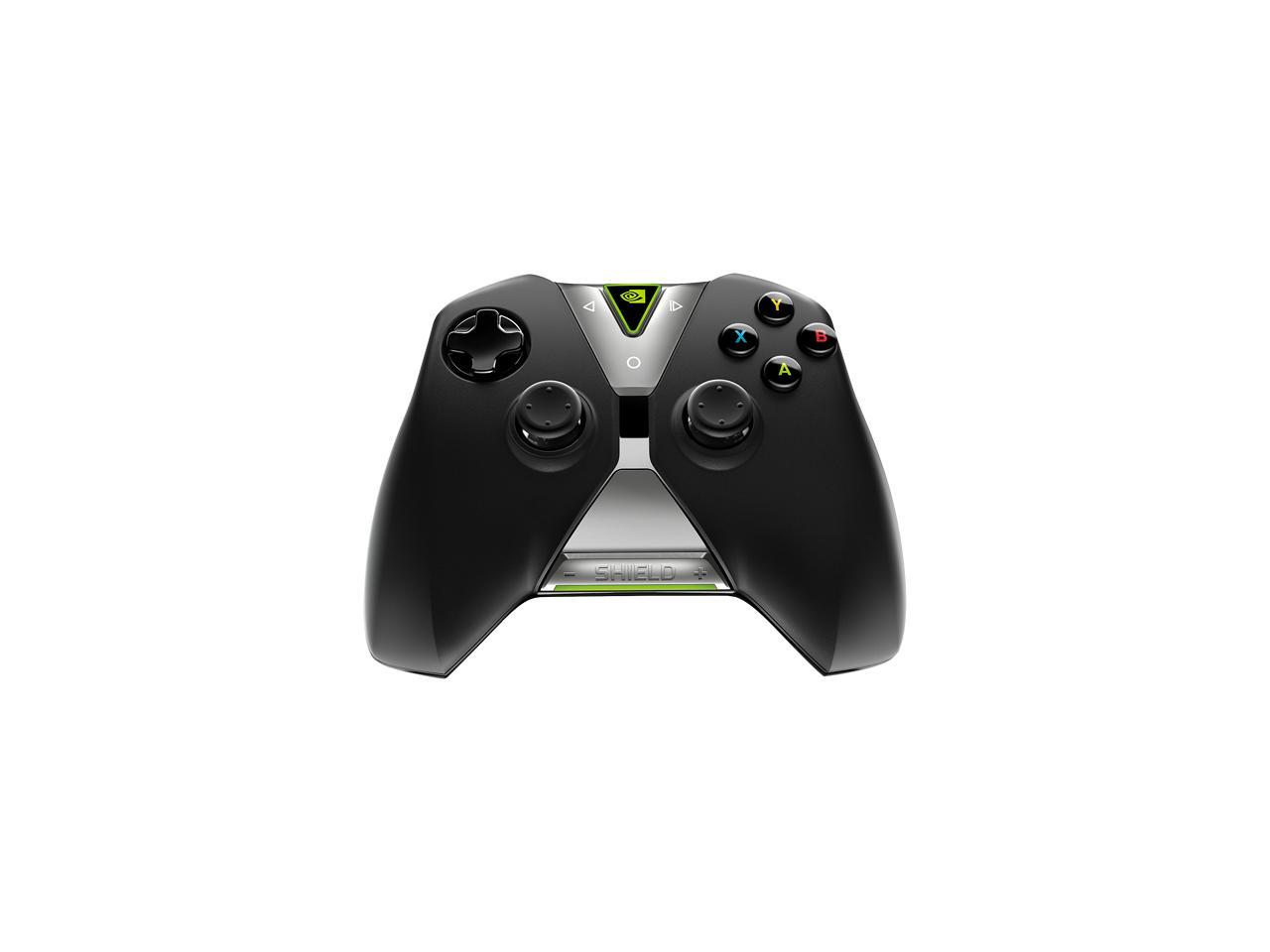 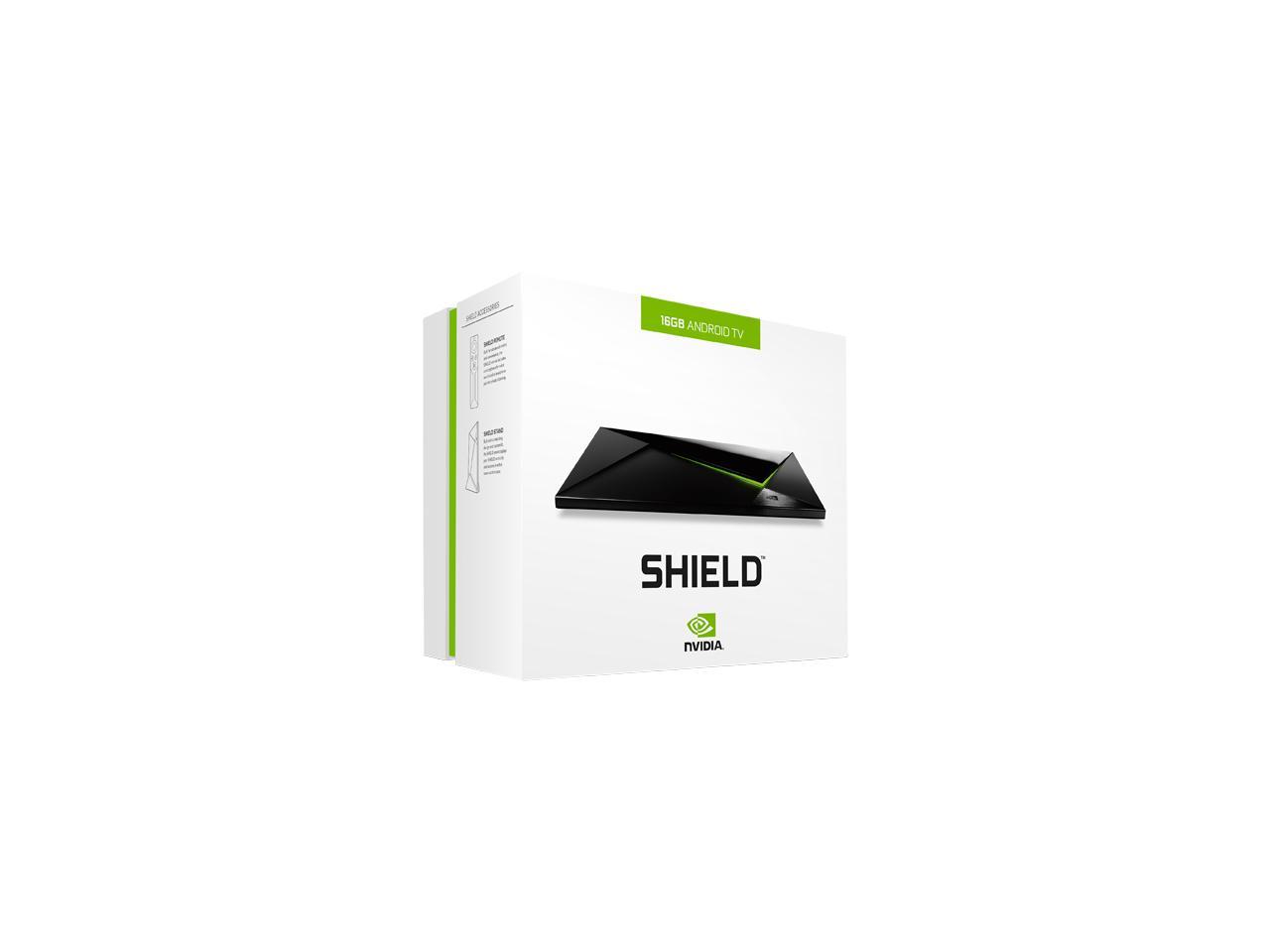 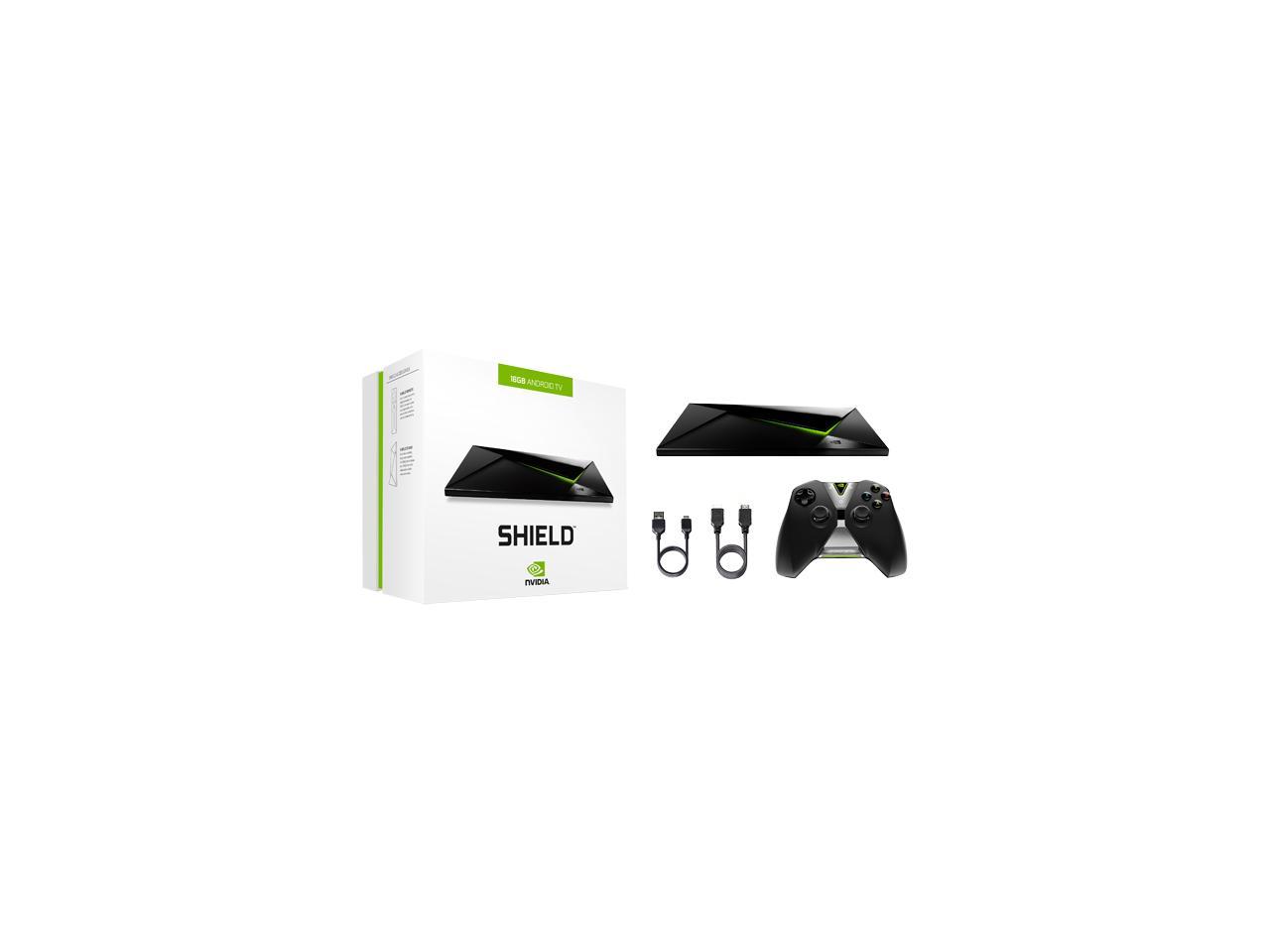 Pros: -great video streamer; 4k for a little future proofing until 4k source video is more common -powerful little box that can play some console like games. Picked up Metal Gear Rising and Half life 2, portal for old time sake. The kids love a game called Bomb Squad on the android store. -Geforce Now streaming service actually works good if you have a decent router and internet connection. -I am PC gamer so I love streaming my games to the big screen instead of sitting in front of a computer at times. Been playing Star Wars Battle front single player missions. -great little emulator also.

Cons: -have to have a good router to fully enjoy

Pros: Had mine for a few months now and love it. Streaming gameplay from a PC to the living room has no lag, have used it often. No artifacting, no lag, it really is like the pc is connected to the tv. Also paired it with a HD Homerun TV tuner on the network for free over the air network stations and use it daily for media consumption. The use of the microphone on the remote to do youtube searches is very accurate. I have found myself potatoing out on the couch alot more than I ever did with Chromecast because of voice searches.

Cons: it has problems, and people have been vocal on the forums about them. By no means a deal breaker. The controller it comes with is just stupid. You can find all about how much people hate this gamepad with google. Thumbsticks are too close together, the way the gamepad slants doesnt feel comfortable gaming for prolonged times. On the gamepad is that silver area at the bottom which is supposed to function as a trackpad for PC games.. but they removed support for it quite along time ago. Oh well, you can pair up your favorite gamepad anyway.

Overall Review: I mostly use this for media consumption. The thing I absolutely love about this is, it is a very powerful graphics device. Totally kills chromecast and any competitors out of the water. The best part about it is it comes with video codecs. So ... if you add a network storage box on your network, NAS, it will be able to handle your media without transcoding. This baby is low power and cool, so is a NAS server. Think of it that way, not some overpriced "console" to play mobile games on your TV .. you can get an Ouya for that.

Pros: Does what is says and does it well. By far the best android tv on the market. Everything is instant including streaming 4k Christmas deal inc both the remote & the stand

Cons: WATCH out for the controller button issues....If you get the back button or volume button bug... do a controller reset as it may work for you.

Overall Review: Newegg has always been great to me & no different on this purchase. I had a faulty controller & they shipped me an entire unit as a replacement with a paid label &..... they shipped me the new unit BEFORE i returned the new one with no charge to me. I can think of one other company that does this, and that is evga. BRAVO Newegg.

Pros: 1 - Allows you to get the full Android TV Experience with no lag, and ability to stream 4k at 60FPS 2 - Can play most Android games on the Nvidia Shield, but sadly no Clash of Clans(No controller support). 3 - Streams Google play movies and tv shows with no problems. 4 - Allows me to stream my nvidia tablet to the Shield TV, works like a charm, but can get kinda pixely depending on the distance away from the shield tv. 5 - Pretty much a smart phone/Tablet but made for high performance intensive tasks, blows through anything you want with no issue at all.

Cons: 1 - When trying the tablet for the first time, had some trouble connecting the controller with the shield tv, I had it connected, it wouldn't sync up, had to force restart it 3 times just to get it done right. 2 - The Shield Tv would randomly turn back on when in standby mode, or in a full shutdown. 3 - The controller would sometimes not sync up when the console was on, and when it did sync up, the buttons weren't syncing. 4 - Only major issue I had with it was that it wouldn't connect to my internet when setting it up at first, I had it wired, and it wouldn't pick it up, so I had to choose a wireless signal which wouldn't work at first until three restarts later.

Overall Review: Overall It's Awesome, They just need to iron out a few bugs is all. My unit was defective, Hopefully yours isn't as defective as mine, I've asked for a refund from newegg, and they've honored their agreements, I'd recommend this product if it wasn't defective. Props to Newegg for being Helpful, and Props to Nvidia for making a awesome Android TV Experience!

Overall Review: this thing rocks being able to run pretty much anything i throw at it. will take some time though if your looking for those apps that are not on the shields market. dont worry they can be sideloaded comcast to go app works extremely well but needs to be used with a mouse or external Bluetooth device for navigation. (you need to download the apk) im not sure if its just me but the picture is alot better then my roku on the same tv. 16gb with 20.00$ 64gb sd card will suit you just fine i have yet to go under 8gb of internal space, and i have close to 30 games installed on it.( you can not add a hard drive to the 16gb model) plus emulators are close to native on this thing. having more then 5 systems in one. geforce now is pretty good just make sure you have 5ghz mode on your router. dont worry to much about the speed, mines just around 25mbs and works great.

Overall Review: Quick responsive menus with an amazing lay out easily the best android box and so much more. Cut the cable get a Sheild

Pros: Oh so many pros where do I start. It's android and you can install just about any app, including emulators, Kodi, Games like bards tale. Android TV in general is quite nice and easy to use and this one is fast, hardly ever have any issues with lag or freeze ups. The game stream feature works flawlessly connected with ethernet. I played games from Portal, Naruto ninja revolution, Dead space, Paradise city, ect ,ect all worked great. The controllers work through stream as multiple players, so on coop games and such you can stream and use up to four controllers at once. I have only tested 2 personally. It boots up fast. It has quite a few features you just won't get on other devices. Like two usb ports, a micro usb port, Ethernet port. The usb ports work great for a Keybord or mouse infact I plugged in a 8 year old wireless mouse it picked right up. It's small (and heavy) so it fits easily wherever you decide to put it. if you get the 500gb model plenty of room for games. If you have the old Shield controller from the Shield Portable/tablet they also work on the Shield TV. The controllers do indeed have Rumble capability, but not connected to the shield? I don't understand it honestly maybe it is a feature to be fixed in the future. If you use the shield controllers on the PC the rumble feature works fine.

Cons: The cons are all minor but I felt all together they added up to removal of one egg. The controllers have a built in mouse track pad that doesn't work on android TV but works on the nvidia shield portable/tablet. The right joystick mouse feature is also not an option for android TV which is disappointing and makes things kinda difficult at times for some apps not made for Android TV. Occasionally the controllers Lose connection if your device is hooked up wireless to the net. Because it's android TV and not specifically android some apps do not work, but most can be installed anyway irregardless of that. The more annoying part is how the apps are displayed when installed only certain seemingly approved aps appear on the main screen and there is no way to put shortcuts for them on the main screen. The lack of a mouse made setting up some of my emulators impossible. Since also of course there is no touch screen(duh) which generally acts as a mouse.

Overall Review: Wish the stand and the TV style remote came with it. Owning the Progenitor to this device the Shield Portable I was disappointed certain key features were left out. Like the Game mapping software that allows you to play touch screen games with a controller. As well as some of the more user friendly features of the android O/S. However these are things that could be added in the future =) hopefully. The console gamers have their Consoles, It's about time the PC gamers had their own device. I stopped being interested in Console games when I fell in love with computer games. The Android TV allows you to bring your computer into the family room easily and play even Keyboard and mouse games from the comfort of your couch. PC gamers now have an alternative instead of buying a console they will probably barely play.

Pros: Perfect for my needs - Kodi and Netflix are outstanding on this. Never tested the Wireless capability because my Network is hard wired. Don’t know anything about Gaming so not familiar with those Apps or the machines capability. I have tried many boxes (WD Live, SONY, Minix, etc.) over the years without success for what I needed. Must have: IR control (Harmony remote has codes, however I prefer and use the Flirc IR to Keyboard usb dongle), Netflix that looks the way it should, Kodi that works and looks the way it should, USB 3 ports, Android, Gigabit Ethernet, updates that easily download and install themselves, and it’s really fast. This unit is every bit as responsive as the two HTPC units I built and I can see no difference in picture quality. Did a couple of major updates that were a breeze (and necessary for Netflix).