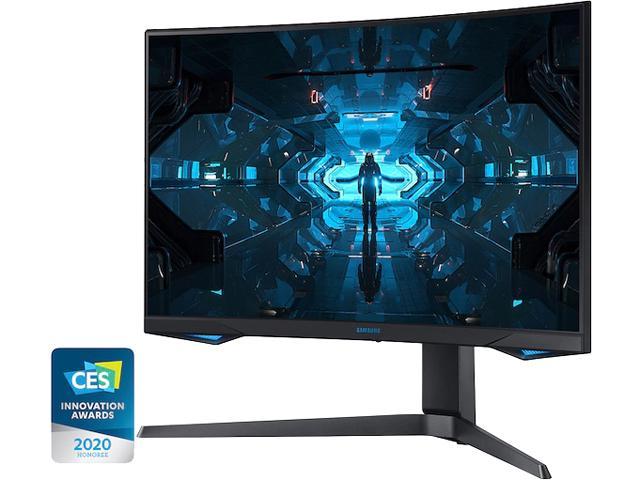 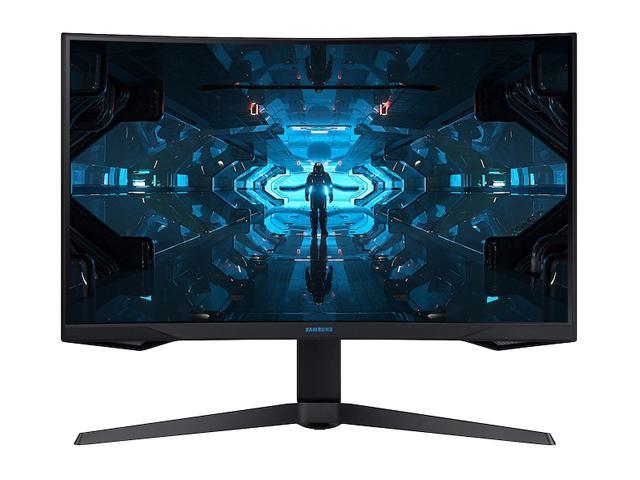 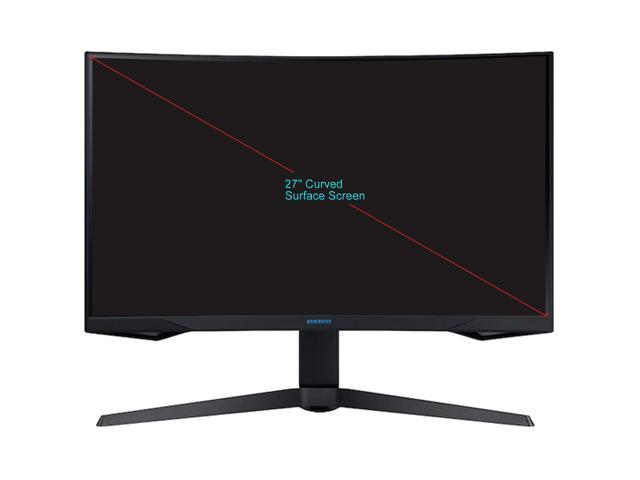 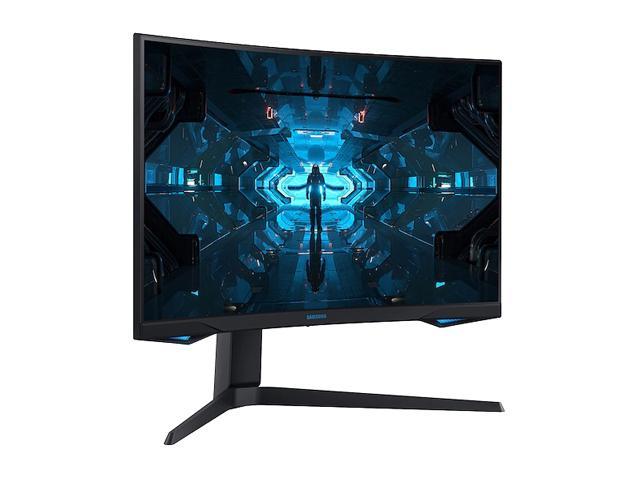 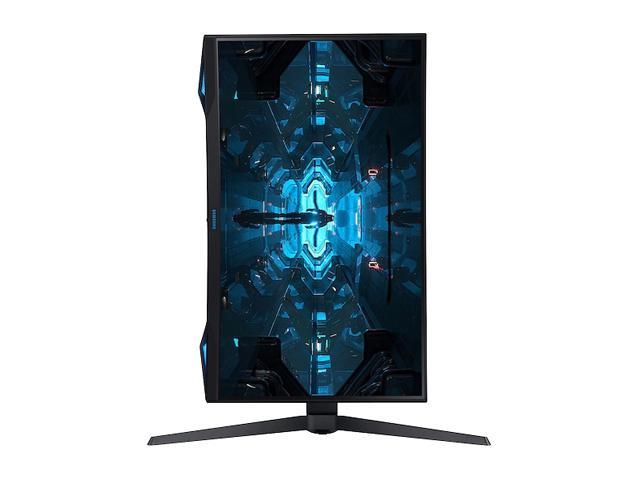 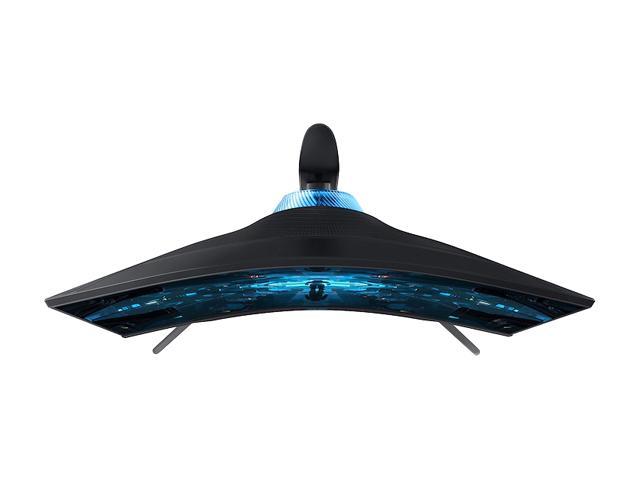 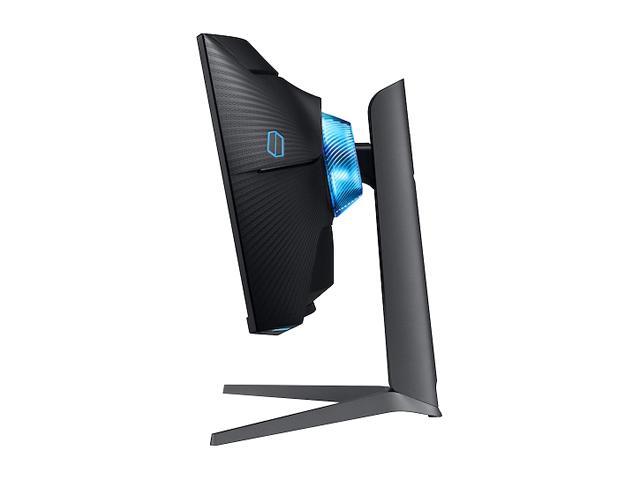 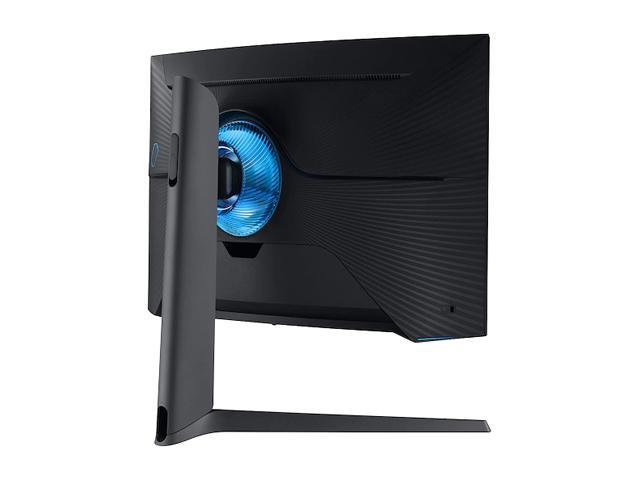 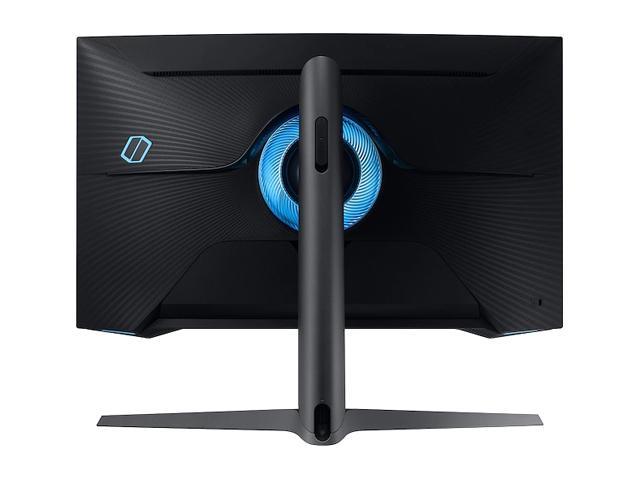 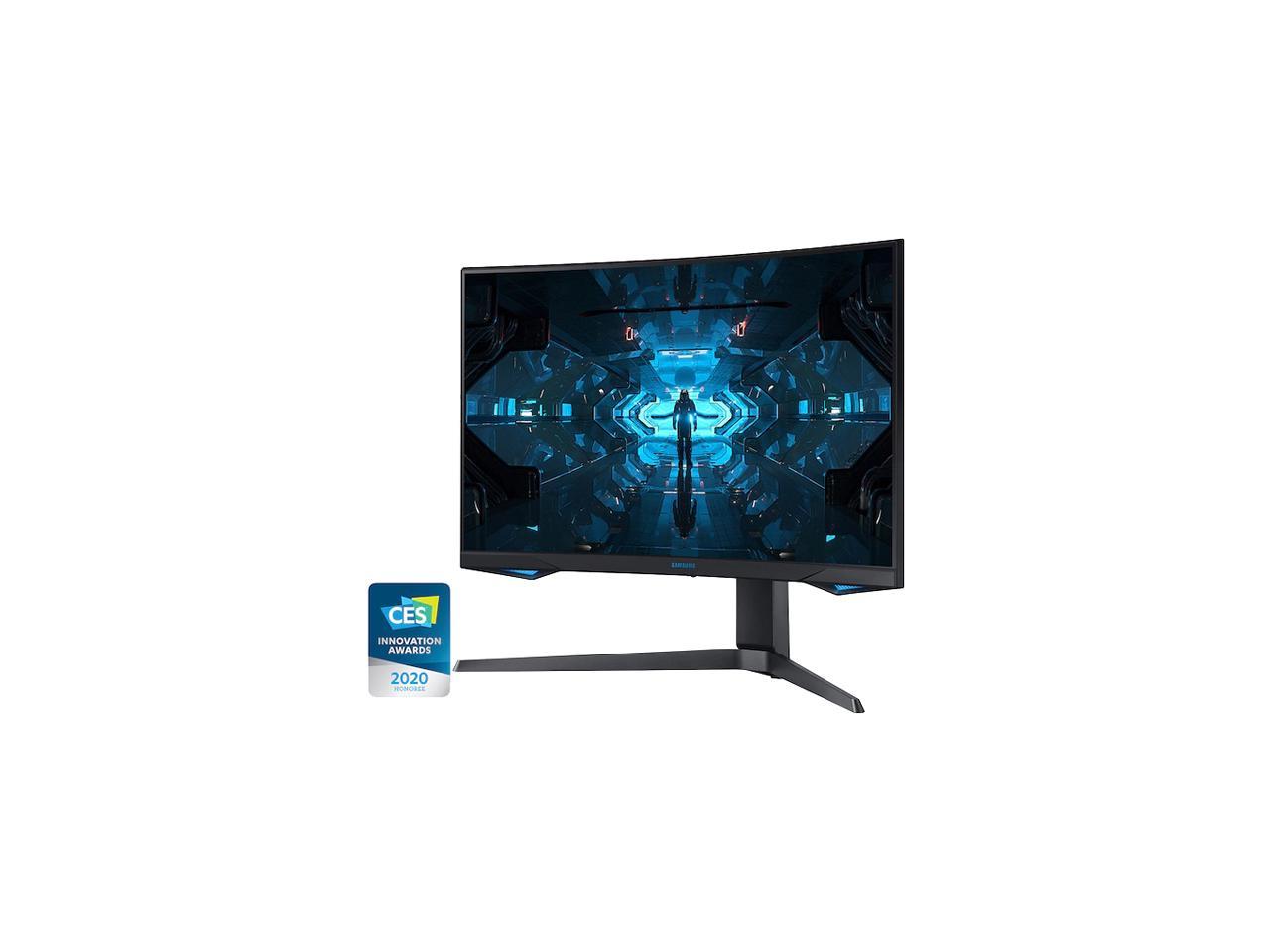 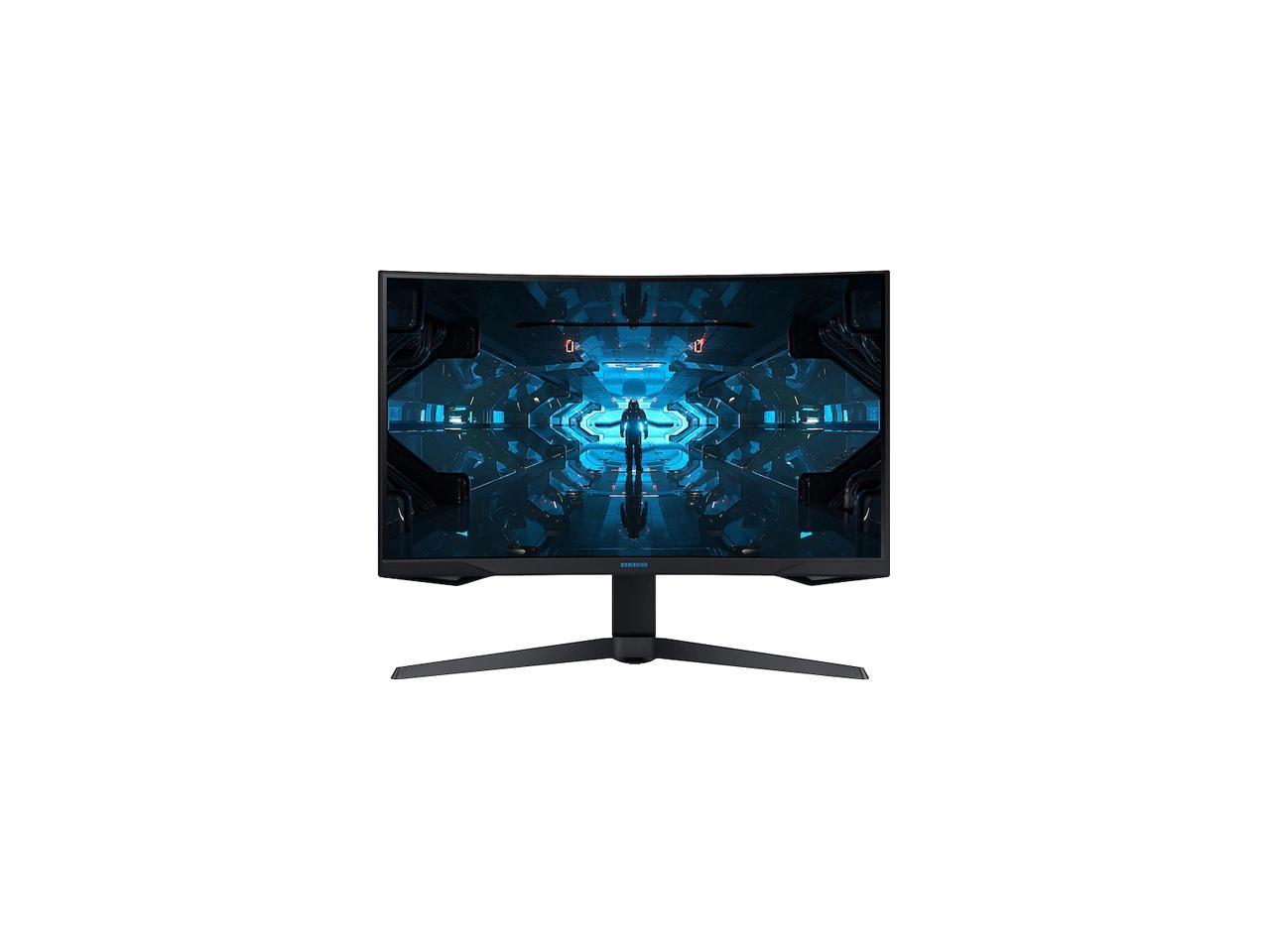 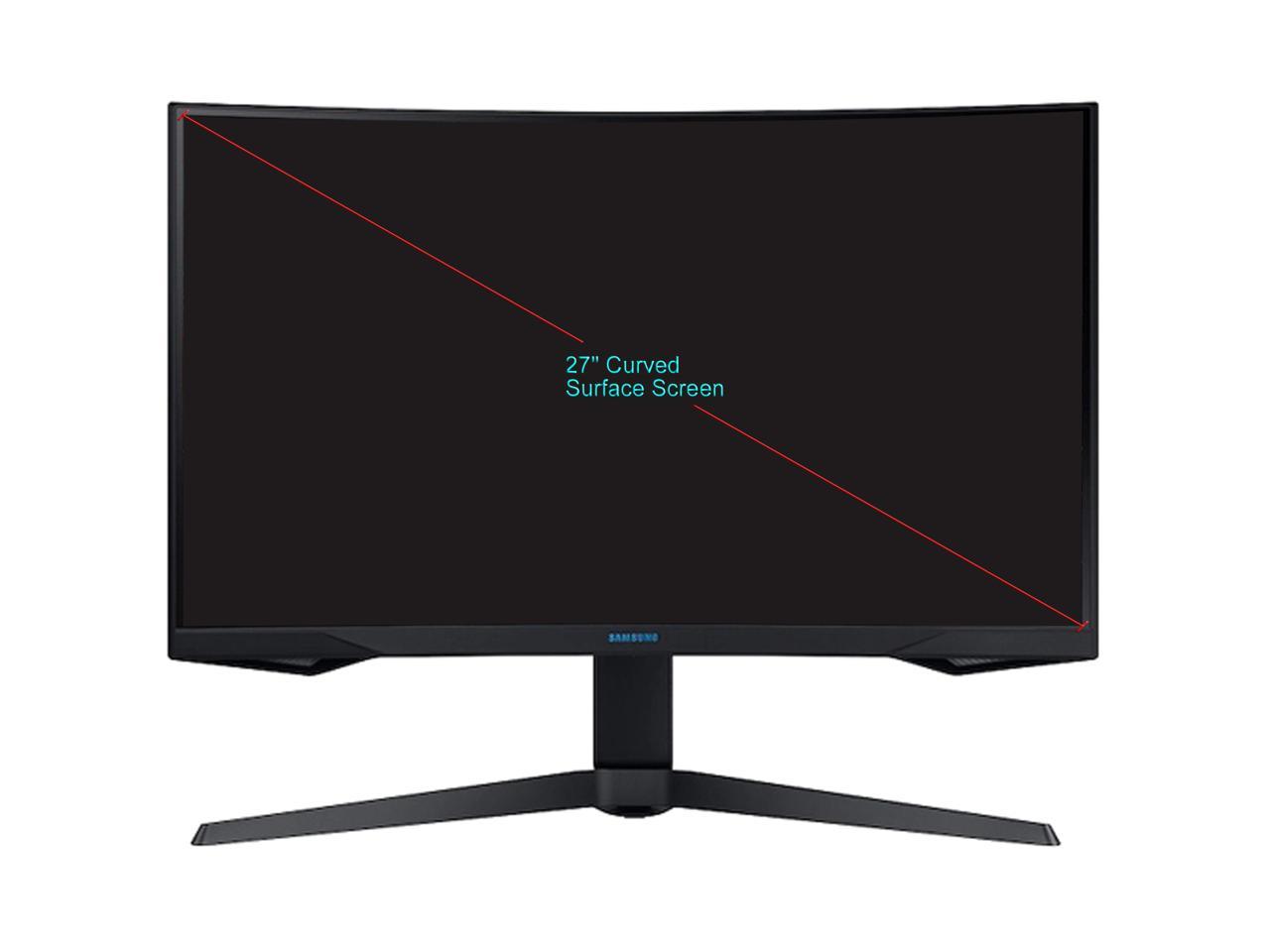 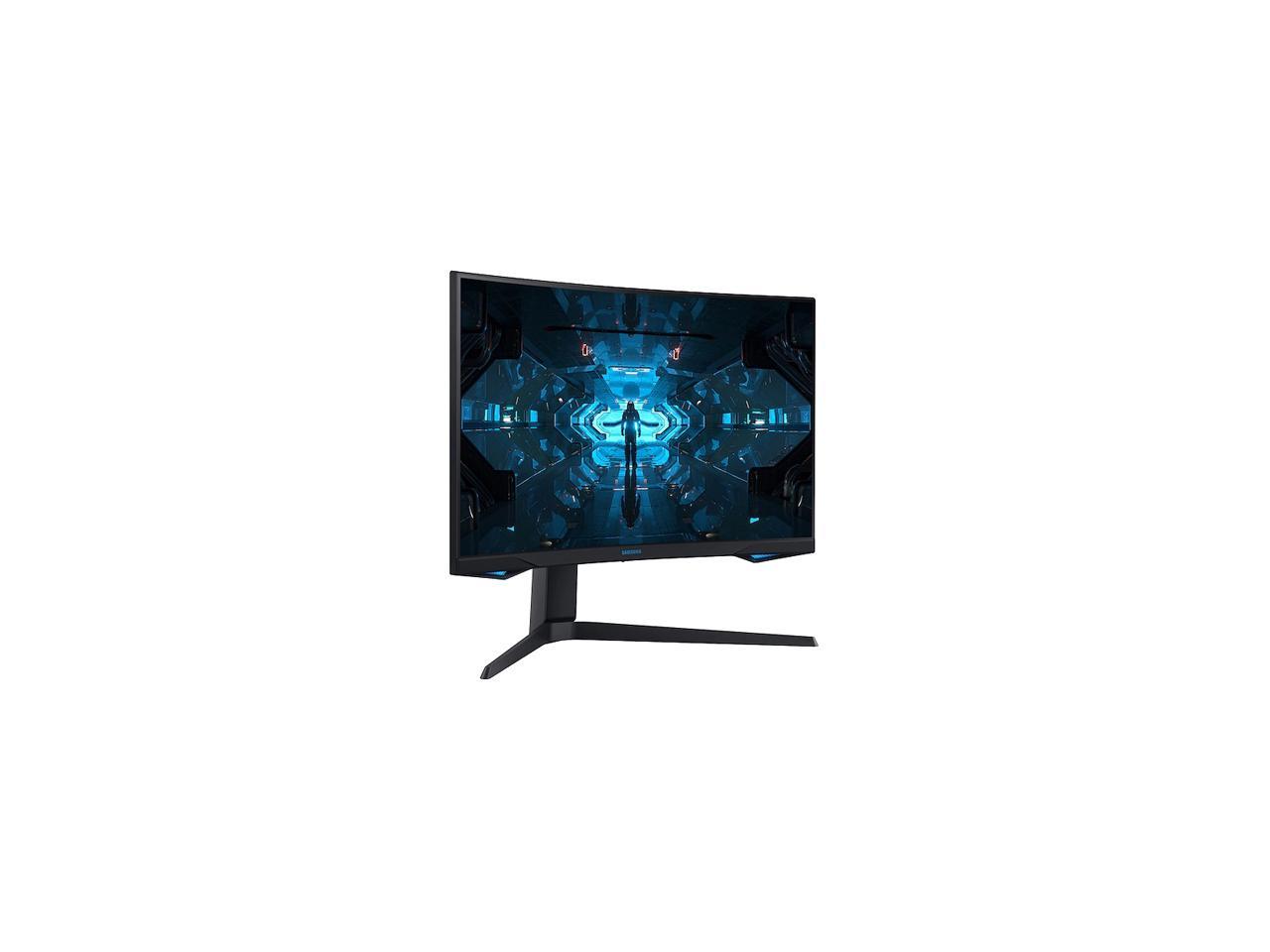 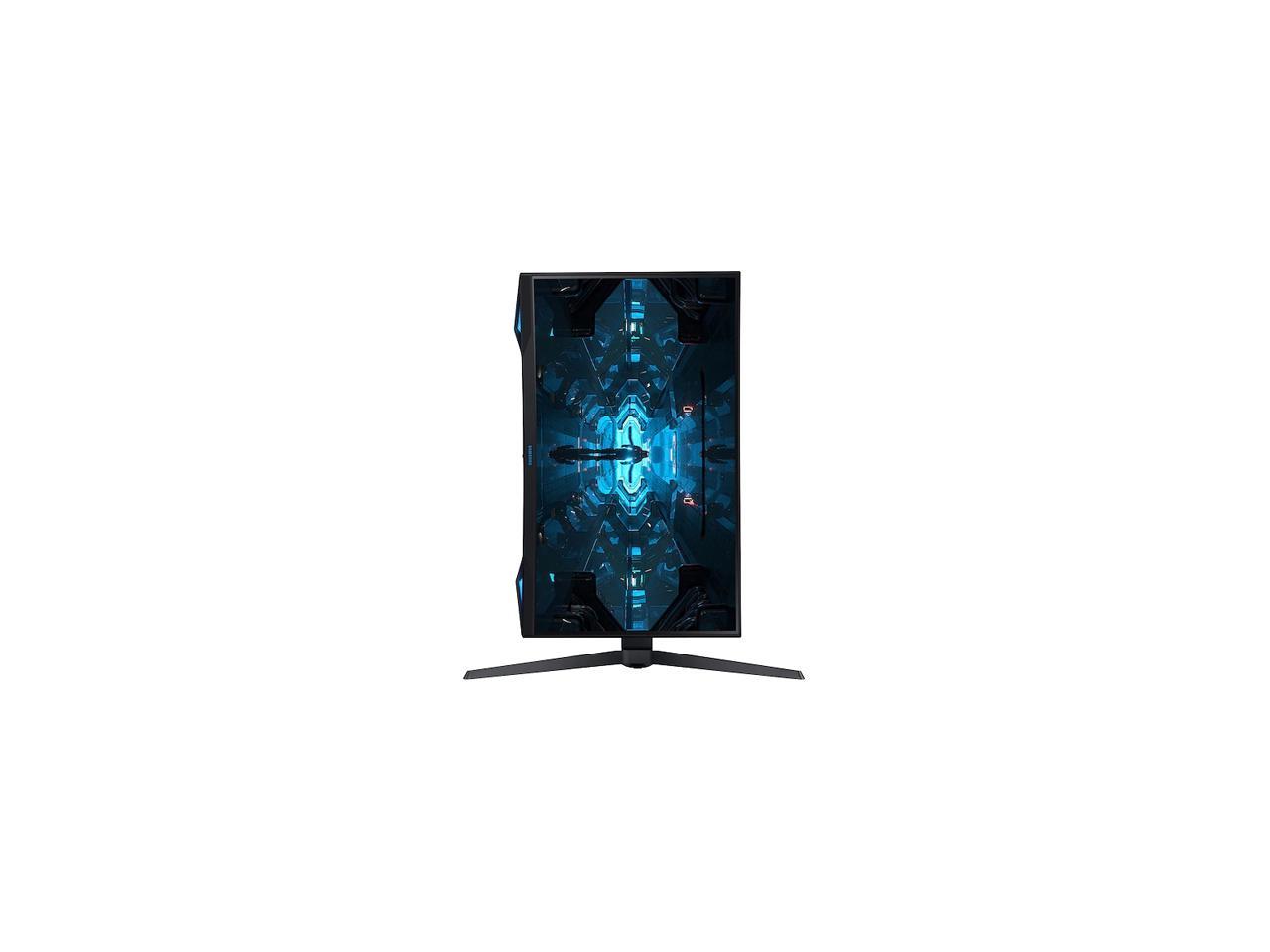 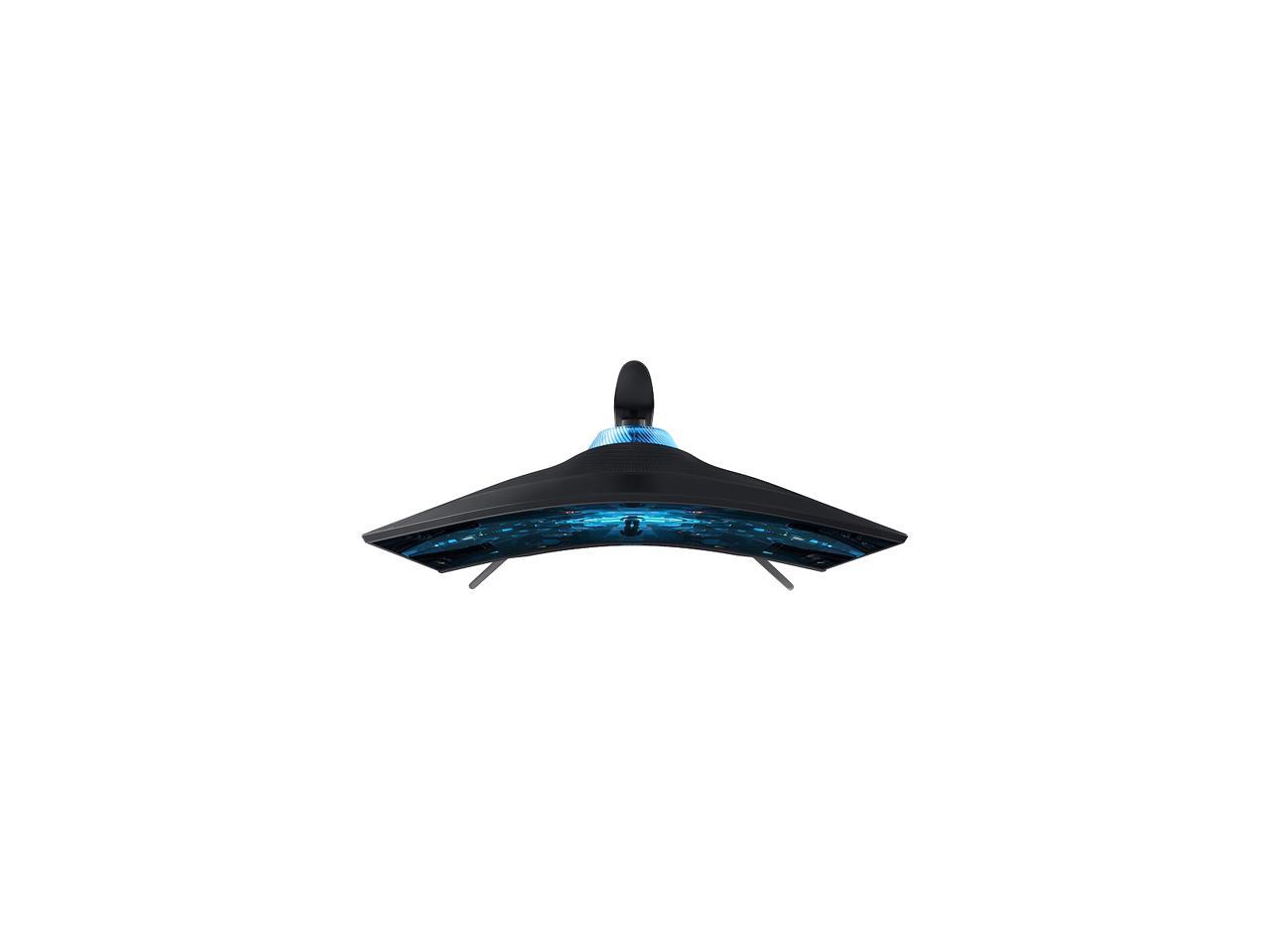 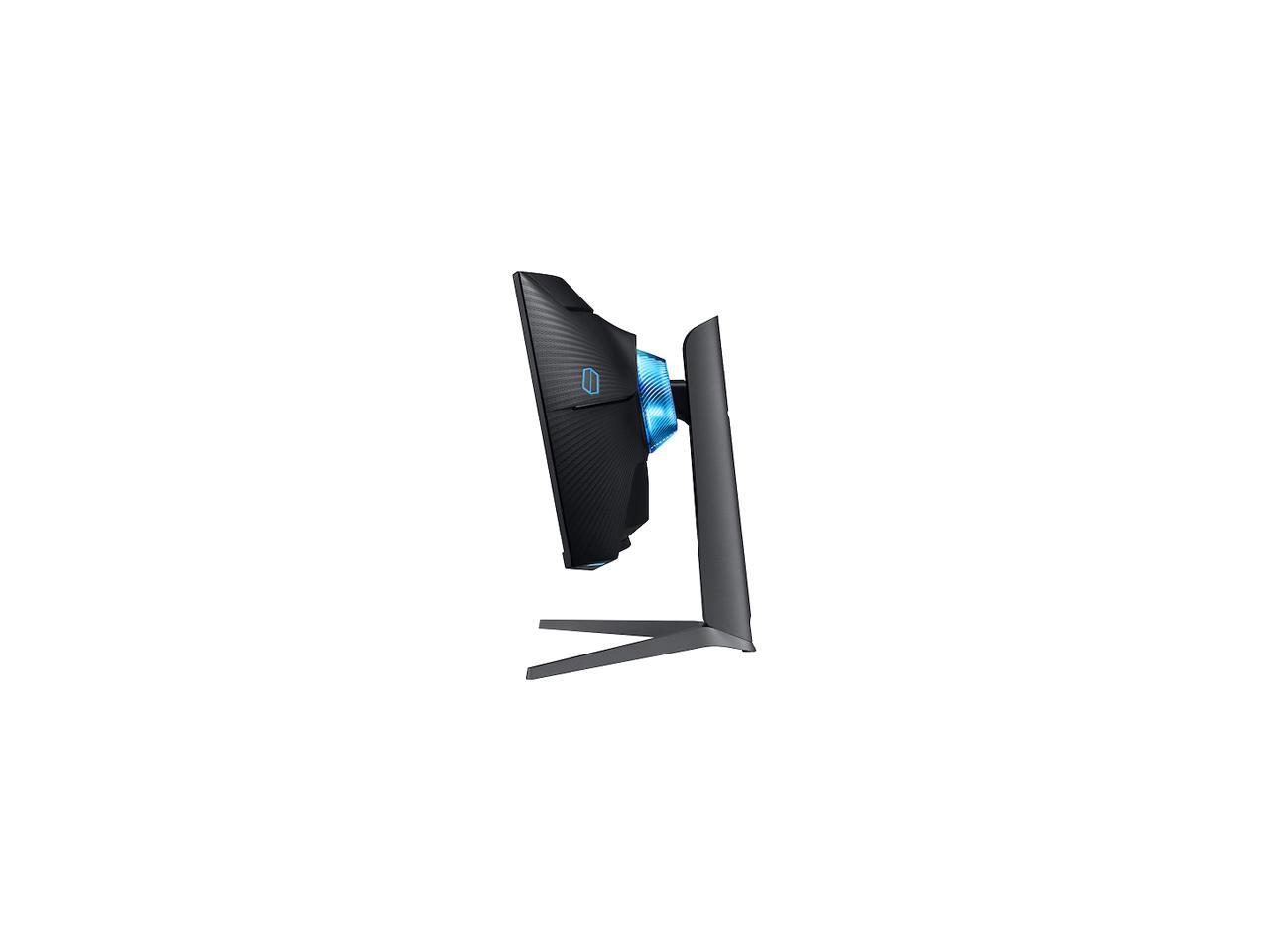 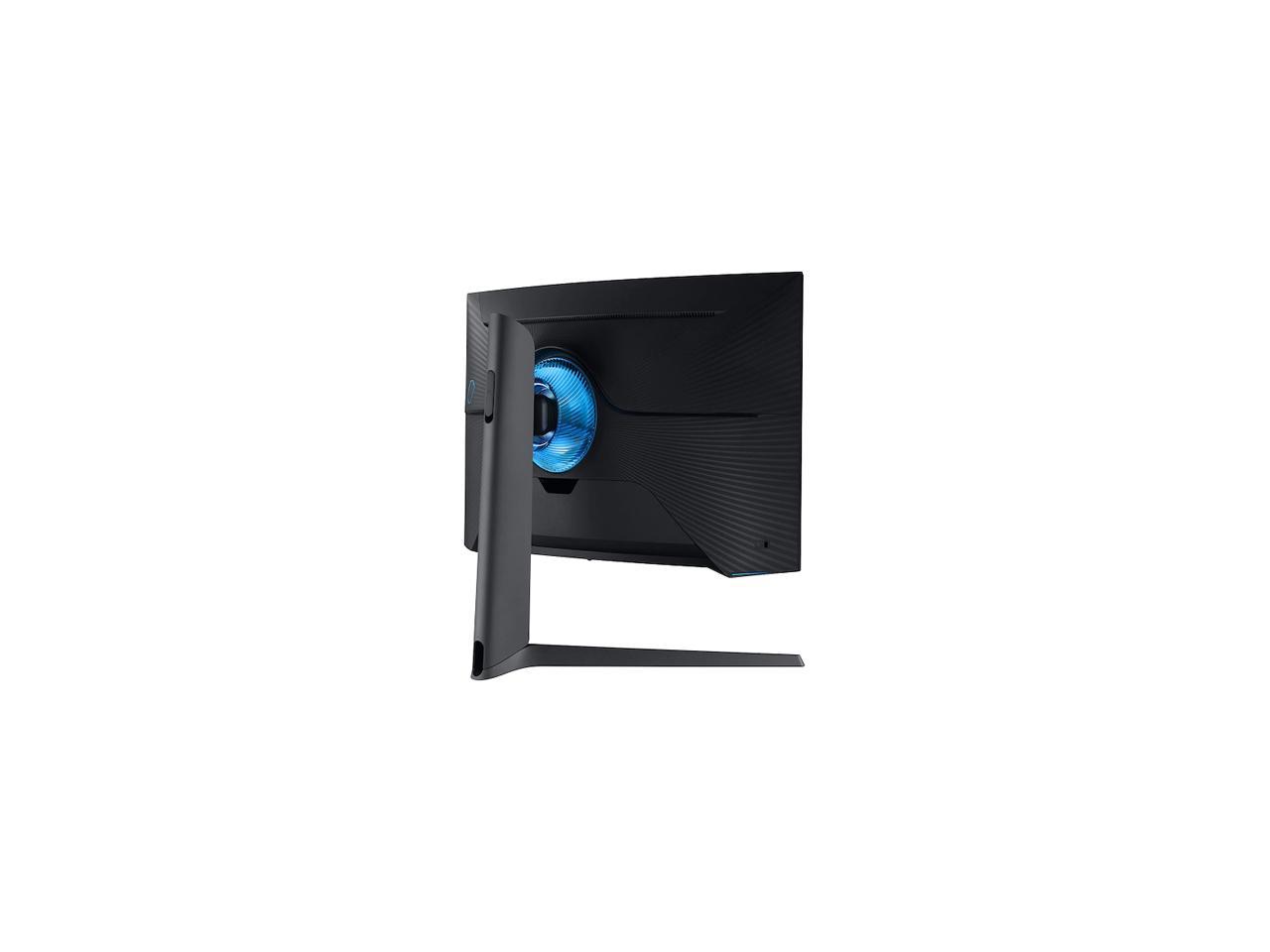 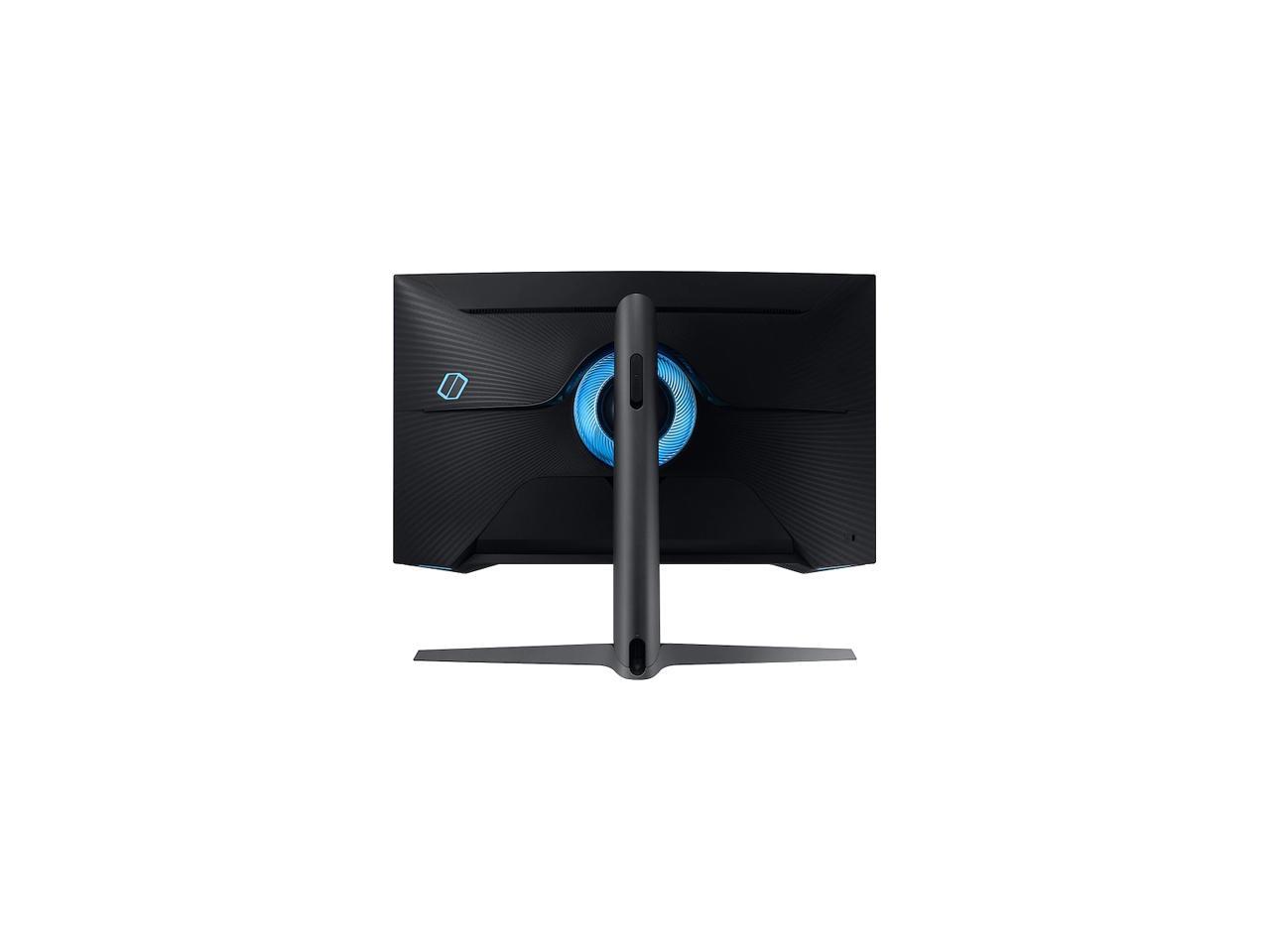 Get your head in the game with Odyssey's 1000R panel, which matches the curvature of the human eye for maximum immersion and minimal eye strain. Make your gaming world, more lifelike than ever before. Packing in 1.7 times the pixel density of Full HD, WQHD resolution boasts incredibly detailed, pin-sharp images. Experience a fuller view with more space to take in all the action. Odyssey's Infinity Core is a striking addition to any desktop, matching world firsts in technology, with stunning visual design. Topping leaderboards never looked or felt so smooth. With Odyssey's rapid 240hz refresh rate, you have up to four times as many frames displayed on screen every second compared to a traditional screen A fraction of a second can be the difference between your destruction, or your enemy's. With Odyssey's grey to grey 1ms response time, you can be sure that you're receiving information as fast as technologically possible.

Dropping frames means dropping chances to put your enemy in the dirt. With G-Sync and FreeSync Premium Pro support, Odyssey matches every frame from your graphics card, so you're never caught short from moment to moment. From damp and dark corridors, to sunlit alien vistas, Odyssey's HDR 600 brings incredible depth to the worlds you choose to explore, revealing the smallest hidden details so you don't miss a thing. Learn more about the SAMSUNG LC27G75TQSNXZA

Pros: - Easy setup. - Curve is immersive, even when using it to get work done, it hugs your eyes and reduces distraction around the monitor, very cool. - Resolution is perfect for this size of a monitor, personally I wouldn't go any higher in terms of screen size. - Colors

Cons: - Dead pixels :( - No profiles to easily switch stuff like brightness with one button

Overall Review: Clicked 3 eggs but ONLY BECAUSE OF DEAD PIXELS. Otherwise, this is a 5 egg product. Beautiful. First one came with about 4 dead pixels in the lower left corner of the panel, but I already knew that this might be an issue. I've scheduled an RMA and am excited to get my replacement because this monitor is just that gorgeous to look at. Coming from a 24 inch 1080p to this 27 inch 1440p, I was wondering how sharp the image quality would be exactly. Very glad I did not get the 32 inch version of this, as I believe that would be just like getting a big 1080p monitor and the PPI would have been similar. Overall, fantastic display, high refresh rate, great color out of the box for someone that doesn't know how to adjust colors properly, can't wait to get my replacement it will be worth the wait.

Overall Review: Vast improvement over Dell U2711 for gaming. However, use a 2nd monitor (Ultrasharp, Proart, etc.) for color accuracy in professional applications.

Cons: - Protrudes significantly from stand and/or vesa mount - Curve is gimmicky, I don't see any difference good or bad - Very minor flickering on loading screens in games when using GSYNC, but for the price this issue shouldn't exist. Hoping future firmware fixes. - HDR is mediocre

Overall Review: I would highly recommend this monitor. I have an Acer Predator 1440p 165hz 27" monitor and in terms of overall performance the G7 blows it out of the water. I thought that I'd be most blown away by the 240hz, but truth be told, it was the colors that I was shocked by. I've tuned both monitors quite a bit and looking at the Predator side by side with the G7 makes it look hilariously washed out and bad. Gaming on this thing is next gen, plain and simple. Response time and input latency is excellent even with GSYNC on and the aforementioned panel contrast and color benefits make even low settings competitive games appear to look so much better without sacrificing FPS or input lag from higher settings. The main issue I have with this monitor is how ridiculously far it protrudes from its stand and vesa mount (i tried both). I have a fairly deep desk, but this big boy ended up a good 2-3in further forward than my other monitor on the same mount. Other than that, the only significant gripe I have is that when I have GSYNC enabled I get a very very minor flickering on loading screens in games. Weirdly enough doesn't actually happen when actually playing games so far so I'm led to believe that this is some kind of issue that will be fixed in later firmware releases. Overall, incredible monitor and in a league of its own at the moment (review posted in Seot 2020) and a very solid recommendation for anyone who is looking to up the quality of their competitive games such as CSGO, Valorant, and Overwatch without sacrificing performance.

Cons: Flickering ! Tons of flickering with G-SYNC/Freesync on

Overall Review: Not worth the money Without being able to use Freesync or G-SYNC. Don’t know how this monitor got the gsync cert

Pros: Easy to install and setup Came in excellent packaging It has nice thin bezels and a very responsive feel to it Feels very easy on the eyes compared to a flat monitor

Cons: Even with HDR on, the blacks aren't very black. Sometimes I get screen flickering and it turns off for about 2 seconds and back on occasionally, usually when switching between the homescreen and a game or from a website to another one, it doesnt happen all the time, but enough that its a minor annoyance.

Overall Review: Its not a bad monitor, just slight annoyances here and there but works well enough im keeping it :)

Cons: flicker and lags with g-sync

Overall Review: would look at other monitors before this one.

Overall Review: I recomend this monitor for gaming, i just start streaming and i buy this monitor for the gaming pc is just look beatifull in 2k and work in 240hz and his respond is very fast i liked