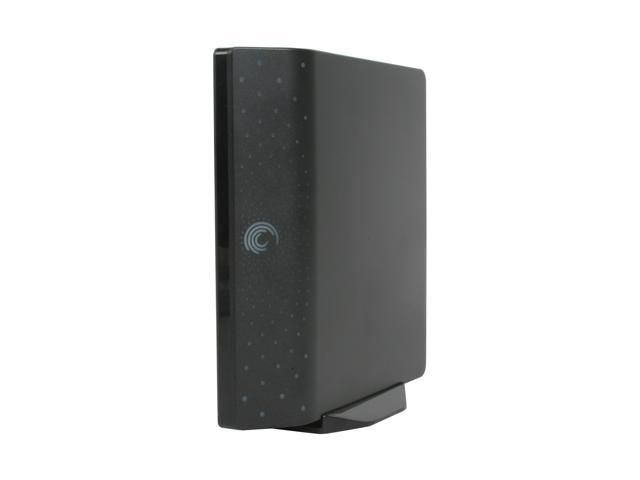 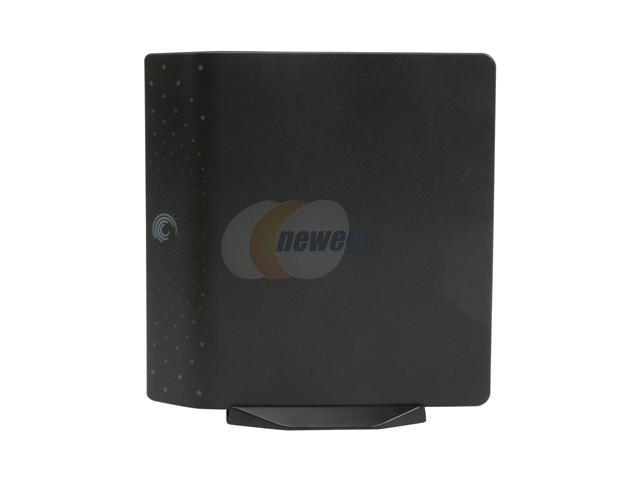 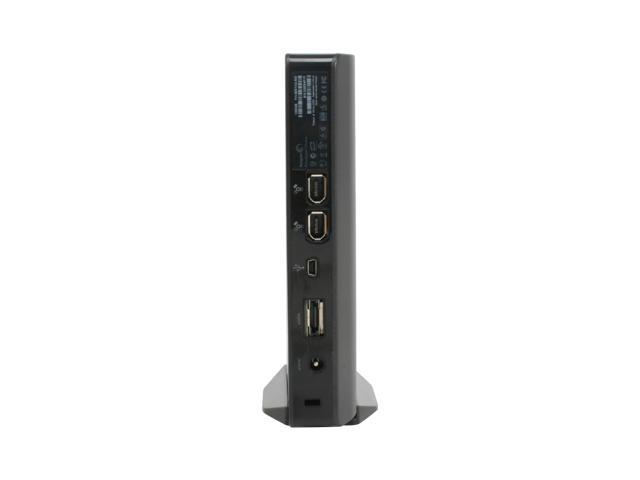 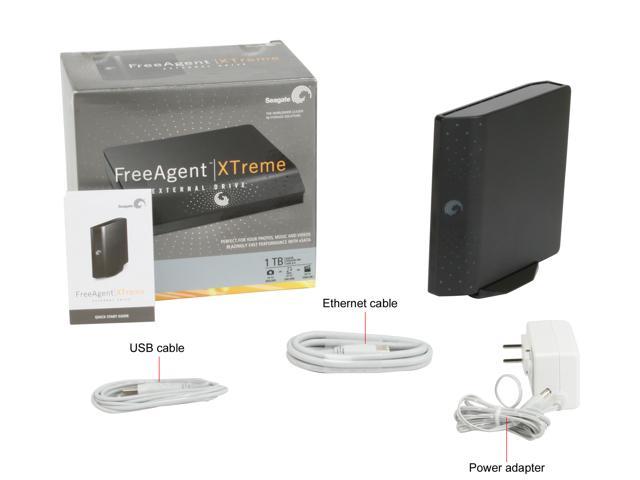 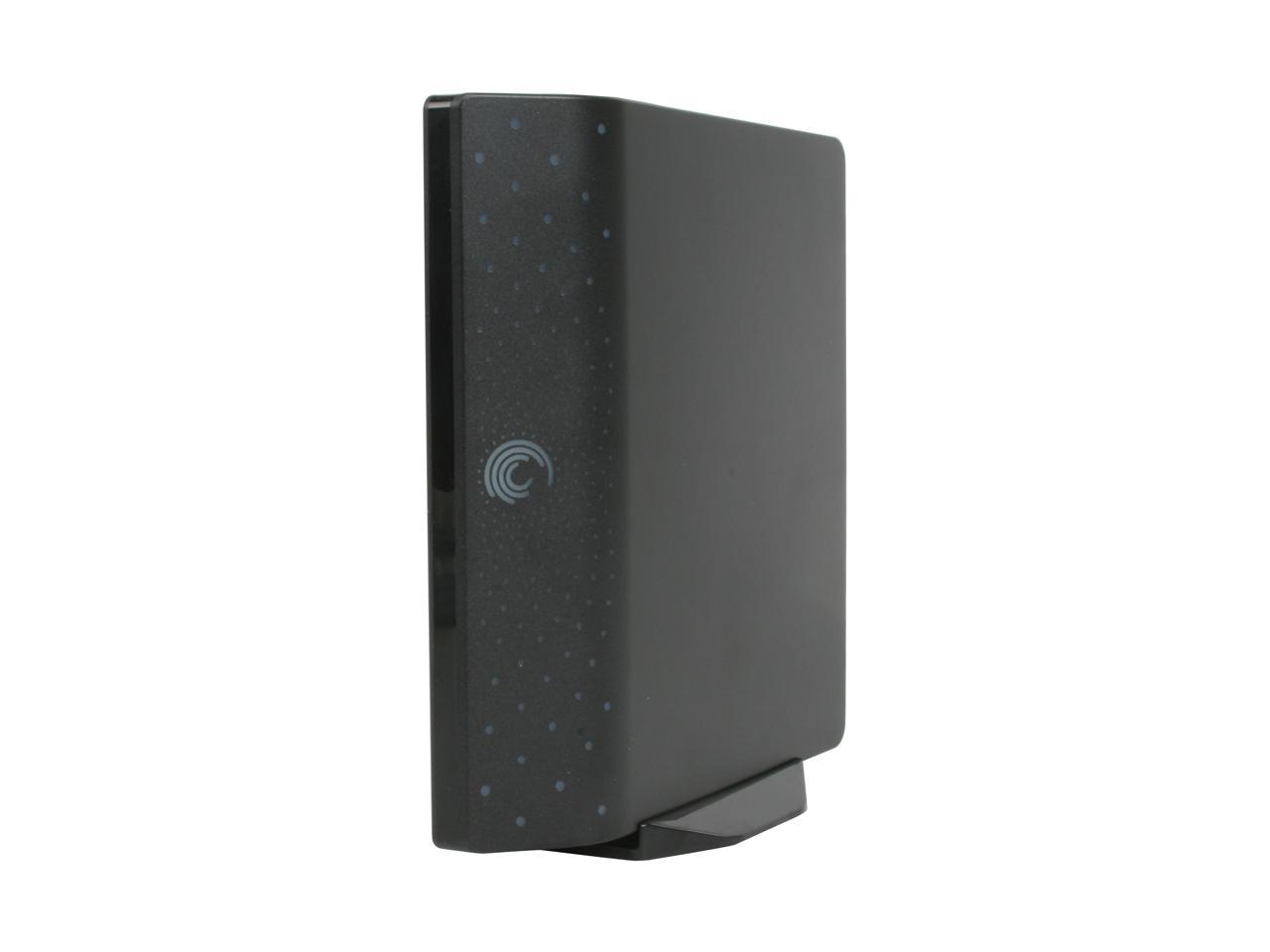 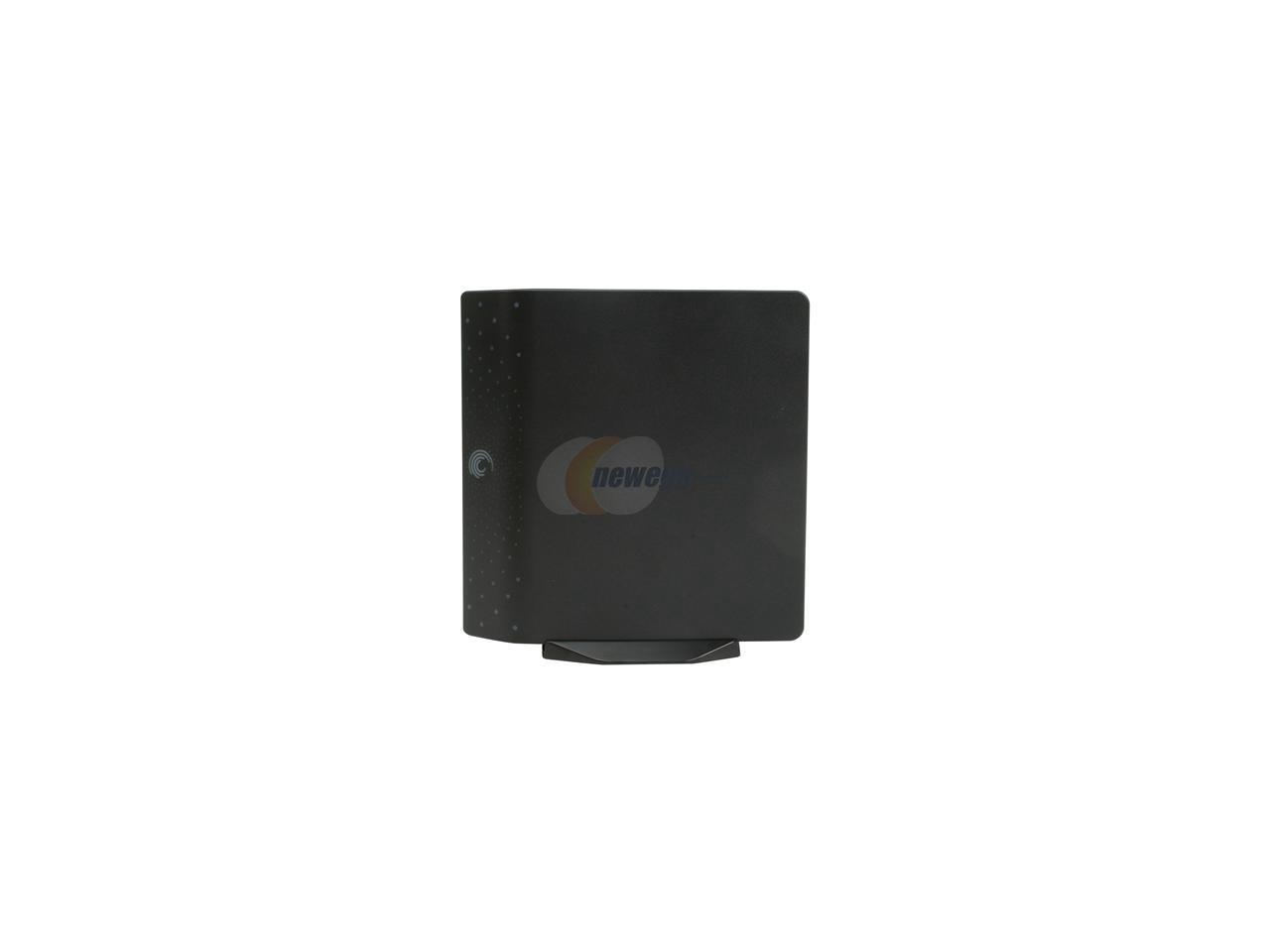 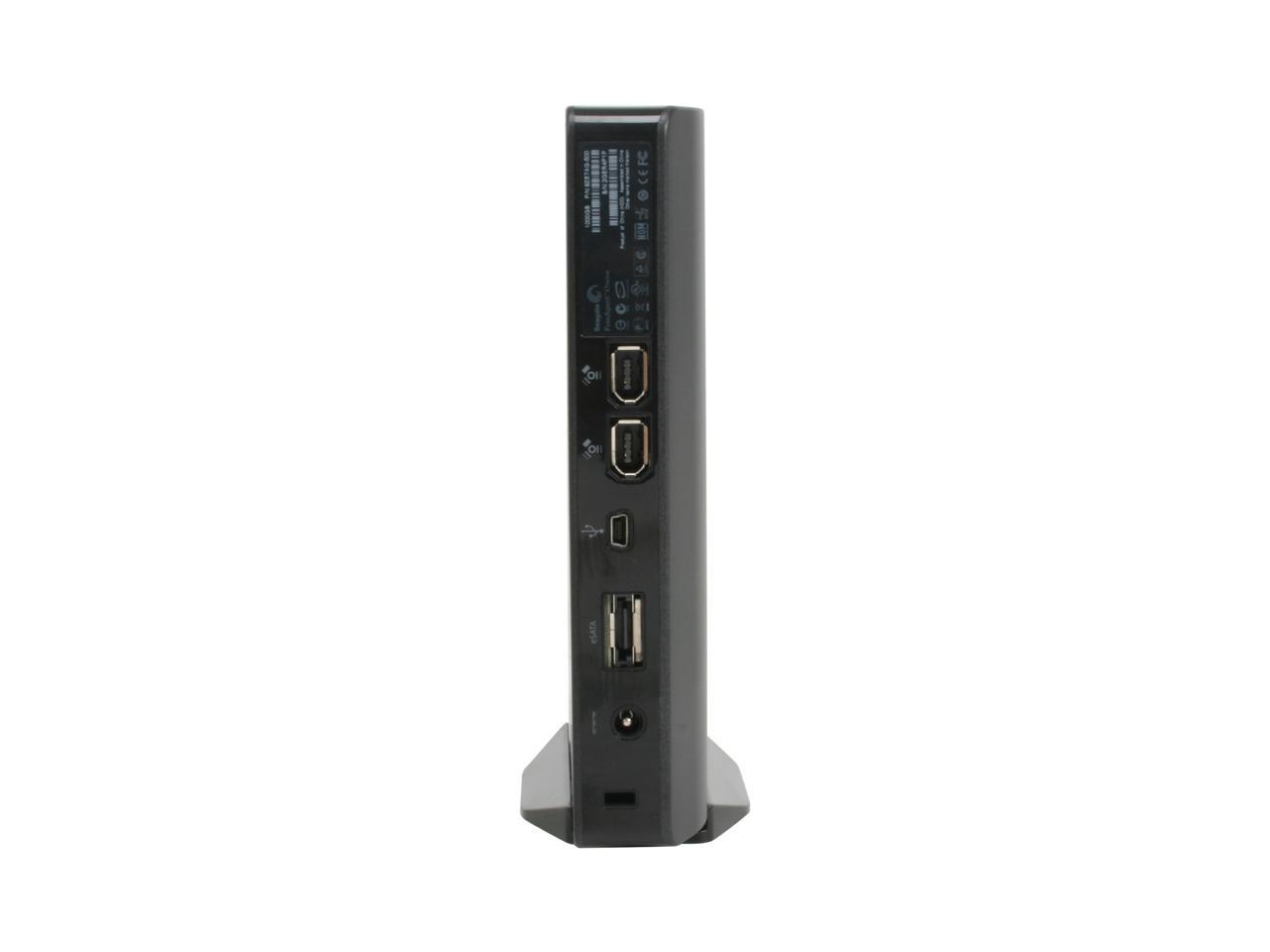 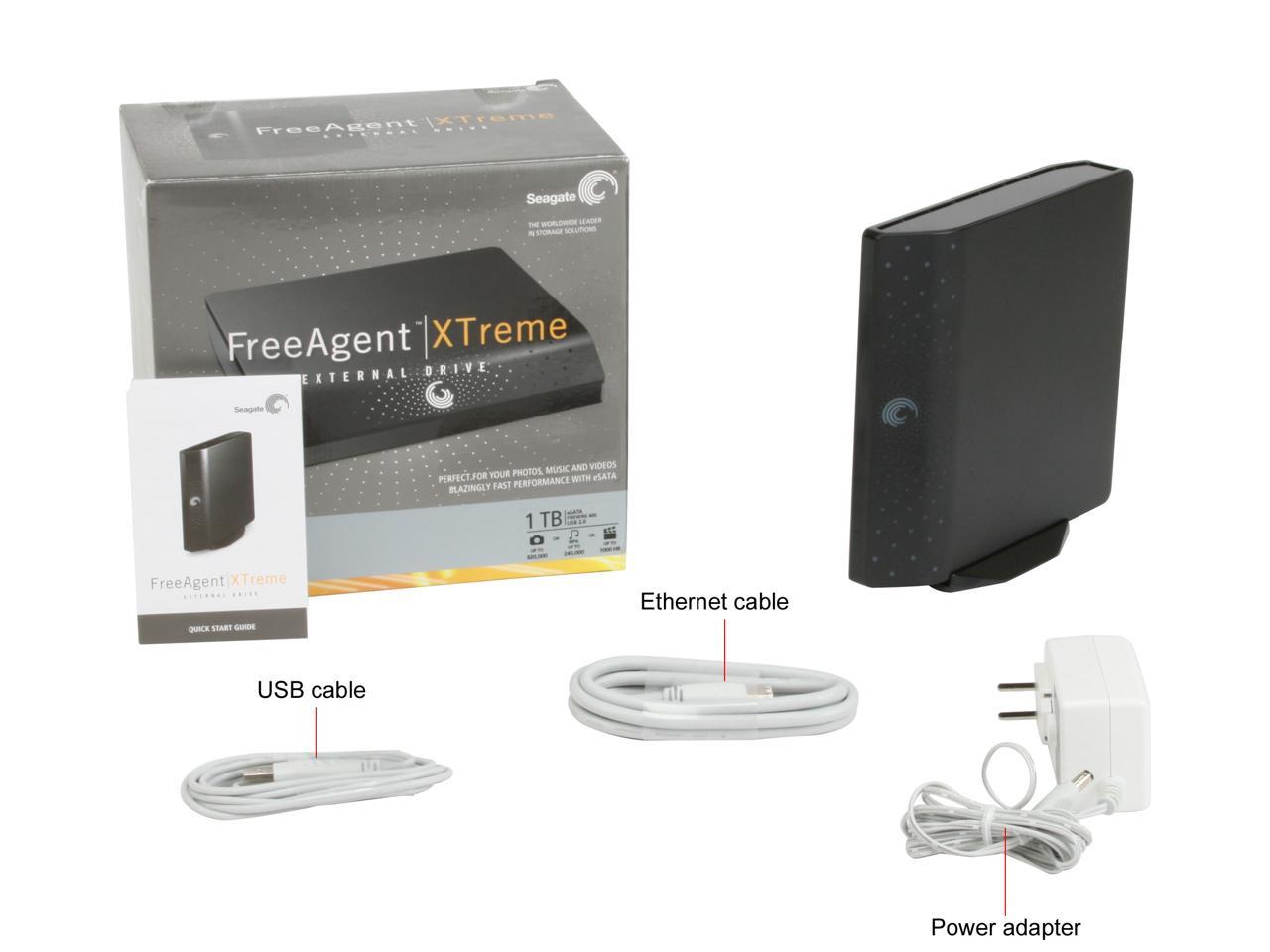 Pros: This drive is smoking fast by eSATA. Setup was quick and easy until the update was done. Works great with little heat production for the size and speed of drive. For $149 and a 5 year warranty you can't beat it! Seagate is reliable.

Cons: The onboard software that is included is good also but beware if asked to download a newer version. When I did the drive stopped being recognized by the software but was being recognized by XP. It required a complete uninstall and reinstall of the original software bundled with the drive to correct the problem. Also the included software will NOT make a backup image of your boot drive. When tech support is called they happily give you a link to the file to download DiscWizard that does the job nicely. It is a shame they do not include the software on the drive.

Overall Review: I have not tested the drive with USB or Firewire but it is great to have 3 connection options.

Pros: This external works as it was intended to be used: as a storage device. This works fine in 64-bit vista and xp, though it does require tweaking (Vista only). The eSATA is a 1.0 interface, which supports 1.5GB transfer. Rear connectors can be plugged into multiple sources (Up to 5 different perpetuals). If you're smart with 1394 networking, you can add even more. Through an adapter I was able to use this as an HD DVR which could stream to 4 different computers at the same time. Despite the main transfer steam being 1394a all computers were able to stream it very well (with windows optimized) with minimal chop.

Cons: 1394a felt a bit old to be putting on an eSATA drive. It did fine and could stream 1080p movies well on the main console. However when streaming to other computers Vista shows its nightmarish face on poor networking. Wireless xp computers could stream content better than a hardwired vista computer. Windows Sync kicked in on one of the Vistas, and it literally destroyed all bandwidth within the network (42k downloads.) Small transfers to the drive were easy to do, averaging 60-80 Mbps according to the meter, while large transfers were throttled to 23 Mbps, significantly slower than what a 1394a can achieve. While it was an easy fix to prevent the throttle, it makes you wonder why windows always makes you "dig" to make your network the way you want to use it. Especially since no one I know makes networks slower than dial-up.

Overall Review: While I have worked with computers for years I usually have strayed away from home networking / sharing and now I understand why. Networking for windows is horrid. The drive however is an excellent find and quite a bargain. I recommend to buy this for the eSATA exclusively if you plan on using it on multiple perpetuals.

Pros: Runs just as fast as any of my Internal SATA2 HDD's. Lots of storage space. :p

Overall Review: Lights up when its detected.

Pros: None yet, waiting for it to be replaced because of a loud clicking noise.

Cons: First one was defective

Overall Review: The software completely crashed my computer to a blue screen of death. I formatted the drive, erasing the software that came on it, and then it worked fine with the eSATA cable. But it was making unusual noises so I returned it and am waiting for another.

Pros: Seems to work just fine. Very quiet, affordable and compact in comparison to drives of a smaller capacity made even a year ago.

Cons: Above comments about cruddy little rubber feet that only stay on for about 30 seconds and a refrigerator white AC adapter for a black device are sadly accurate.

Overall Review: 5 Year warranty and past experience with seagate were key for me in choosing this drive.

Cons: Per others, I'd forget depending on e-sata. The speed gained will not be worth the aggravation. Up to this point, I've had no problems though I should note that probems can be created by it going into sleep in some settings. If so, you can turn off the sleep function. In comparison to another with a similar design (but the orange light not the white light of this one), this is far better. That one died in one day. It got so hot you could hardly touch it. I have not yet seen this problem with this design though I'm not convinced it is ventiliated as much as it should be.

Overall Review: The original orange version was an absolute disaster. This shares some of those design features but appears to be better but I think they should have tested it better given the problems from the model before it.

Pros: Good capacity for the price and very quiet compared to some other drives I have used.

Cons: Where do I even start... 1. Design - Don't bother with the little rubber feet they give you as the will fall off if your cat sneezes. They don't stick on instead they just kind of slip onto the sides of the drive. (super-glue could solve this but why should you have to.) Also don't even think about using the stand they provide with it as it only expands the footprint of the device by about half an inch on ether side and doesn't stick or clip on in any fashion instead the drive just sorta sits in it. 2. Software - The drive comes with backup software ready to be installed on it which is nice for anyone who doesn't know how to use NT-Backup but what they don't tell you is that software is required to access the drives power settings and if you don't install it you end up with the drive going to sleep after 15 min of inactivity. Unfortunately it never tells your OS that it is asleep so you end up with freezes crashes and data corruption.

Overall Review: (Cons continued) I'm not sure if it is just my unit or all of them but i have been having a lot of trouble with it not being mounted after my PC boots up. i am forced to power cycle the drive before XP is even able to see it on the eSata port.

Cons: Didn't like software so I didn't use it.