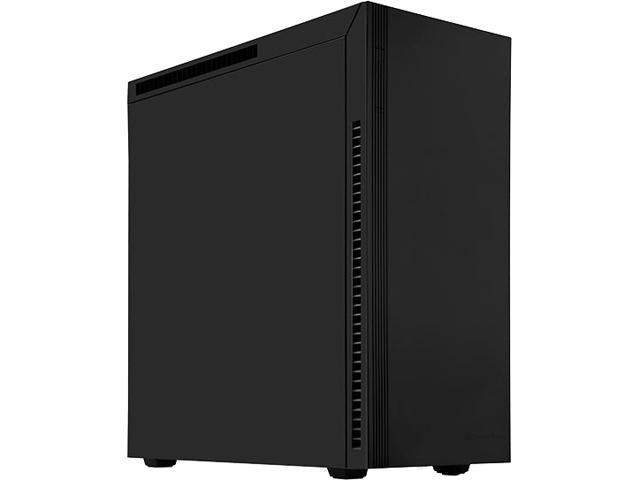 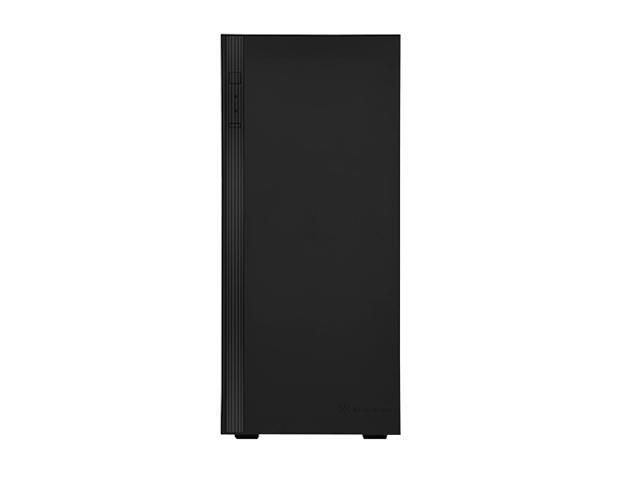 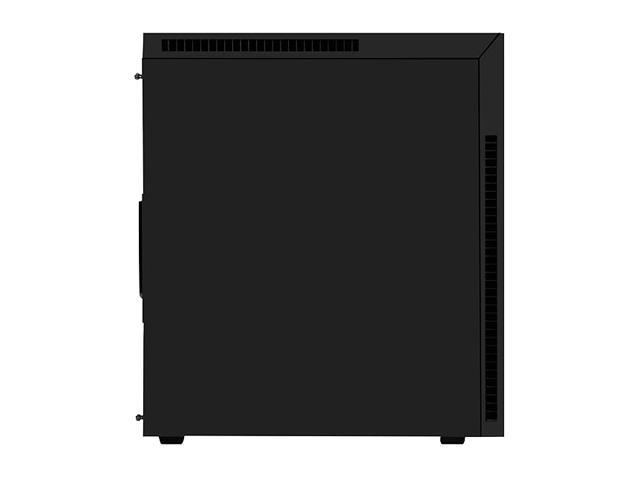 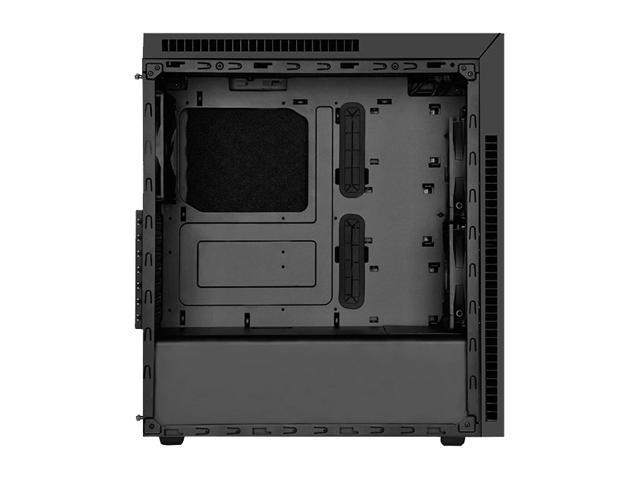 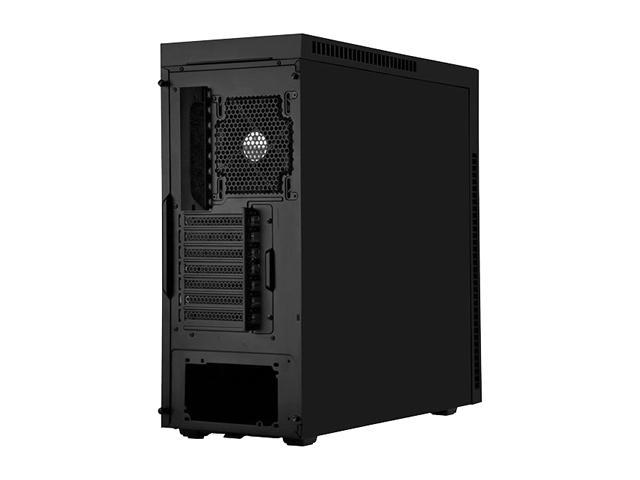 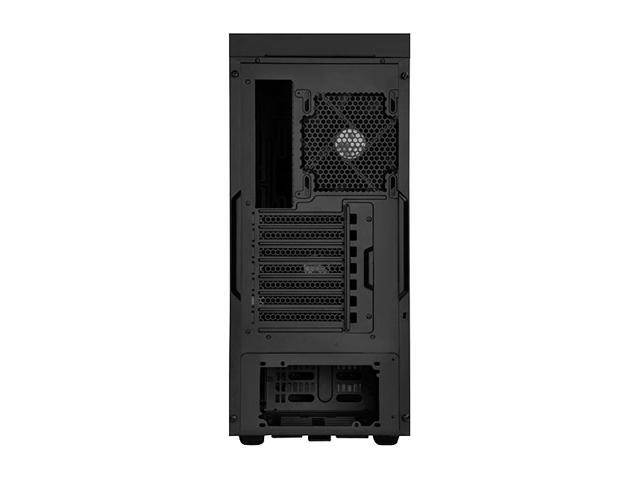 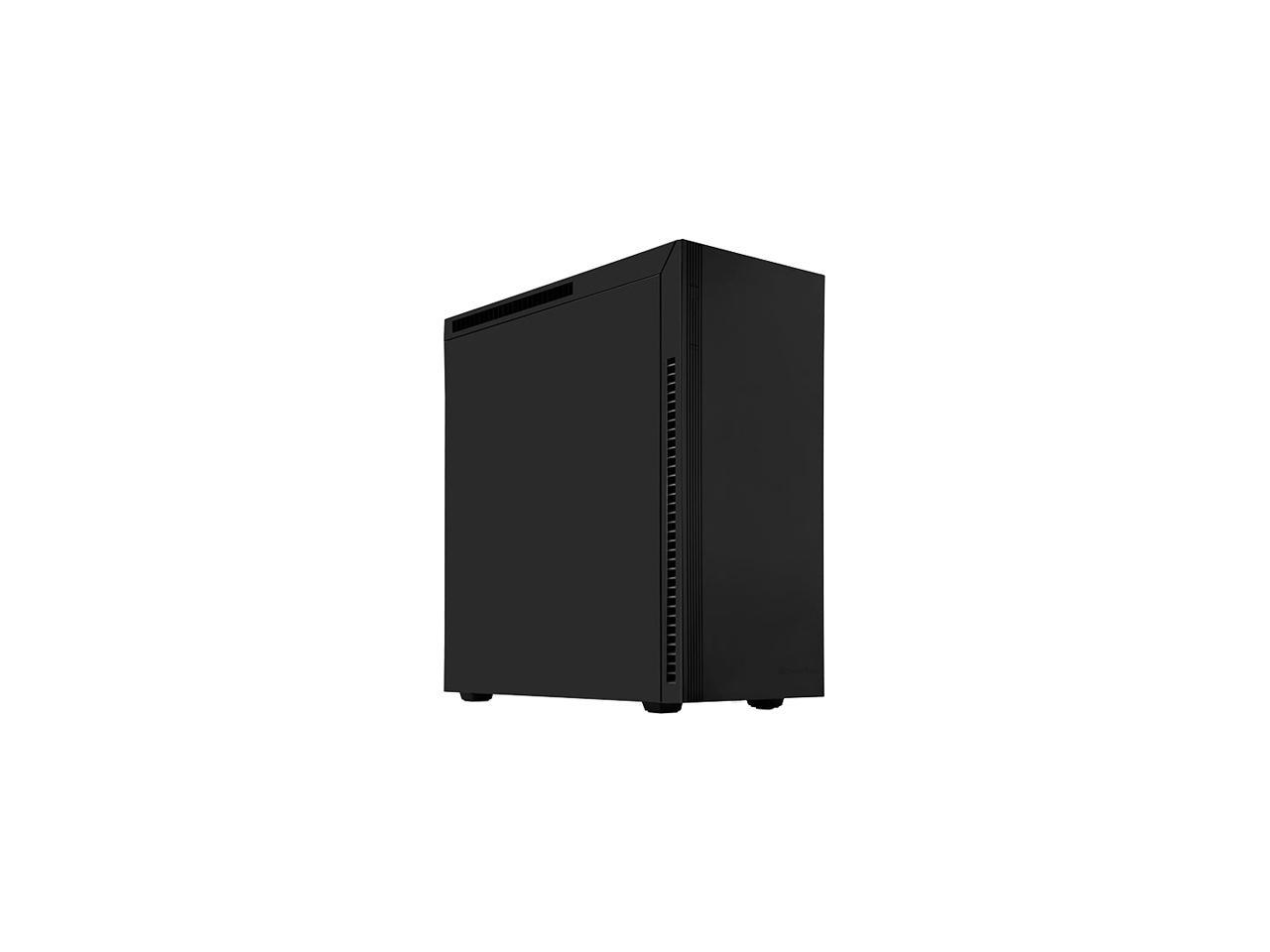 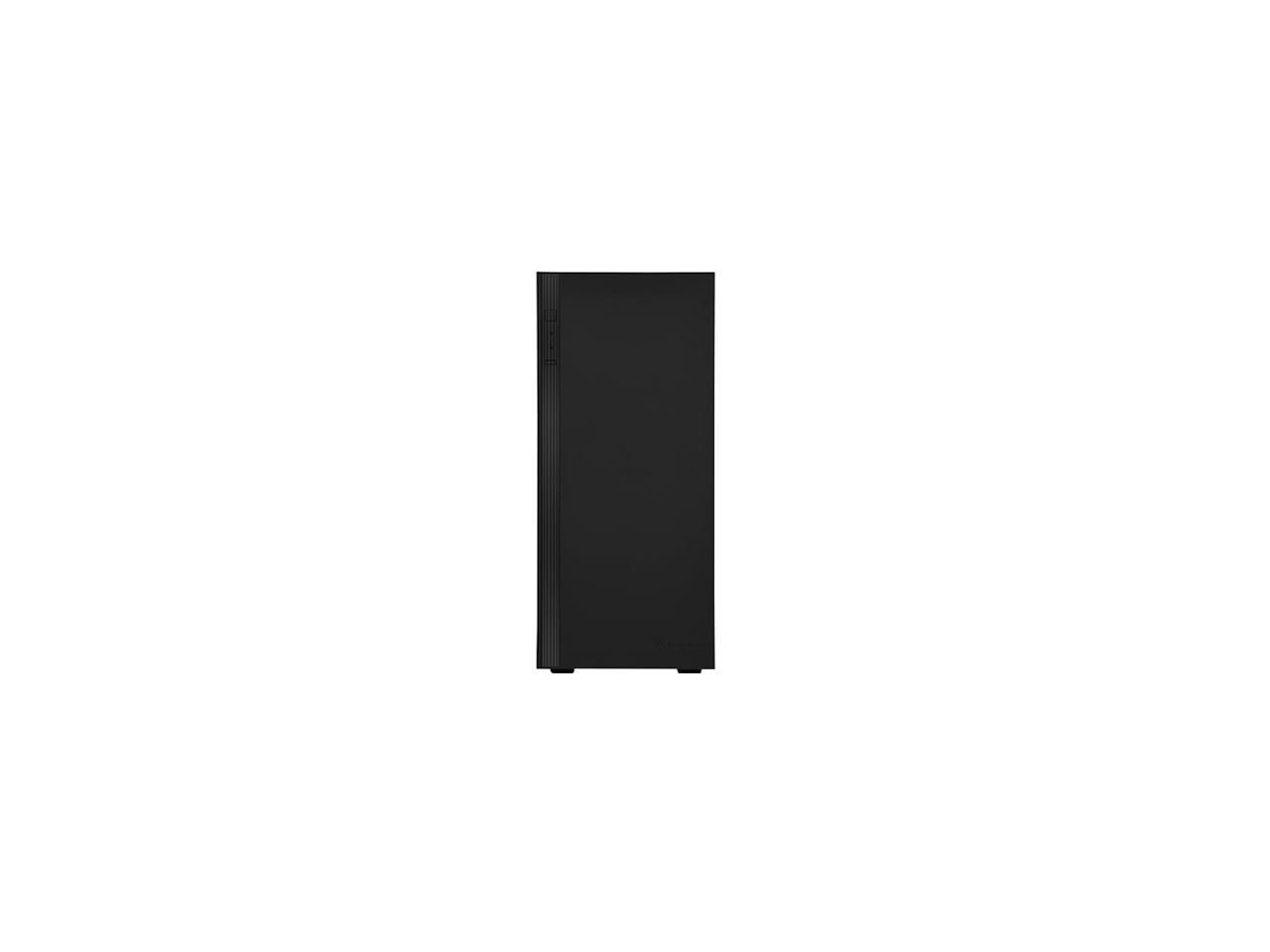 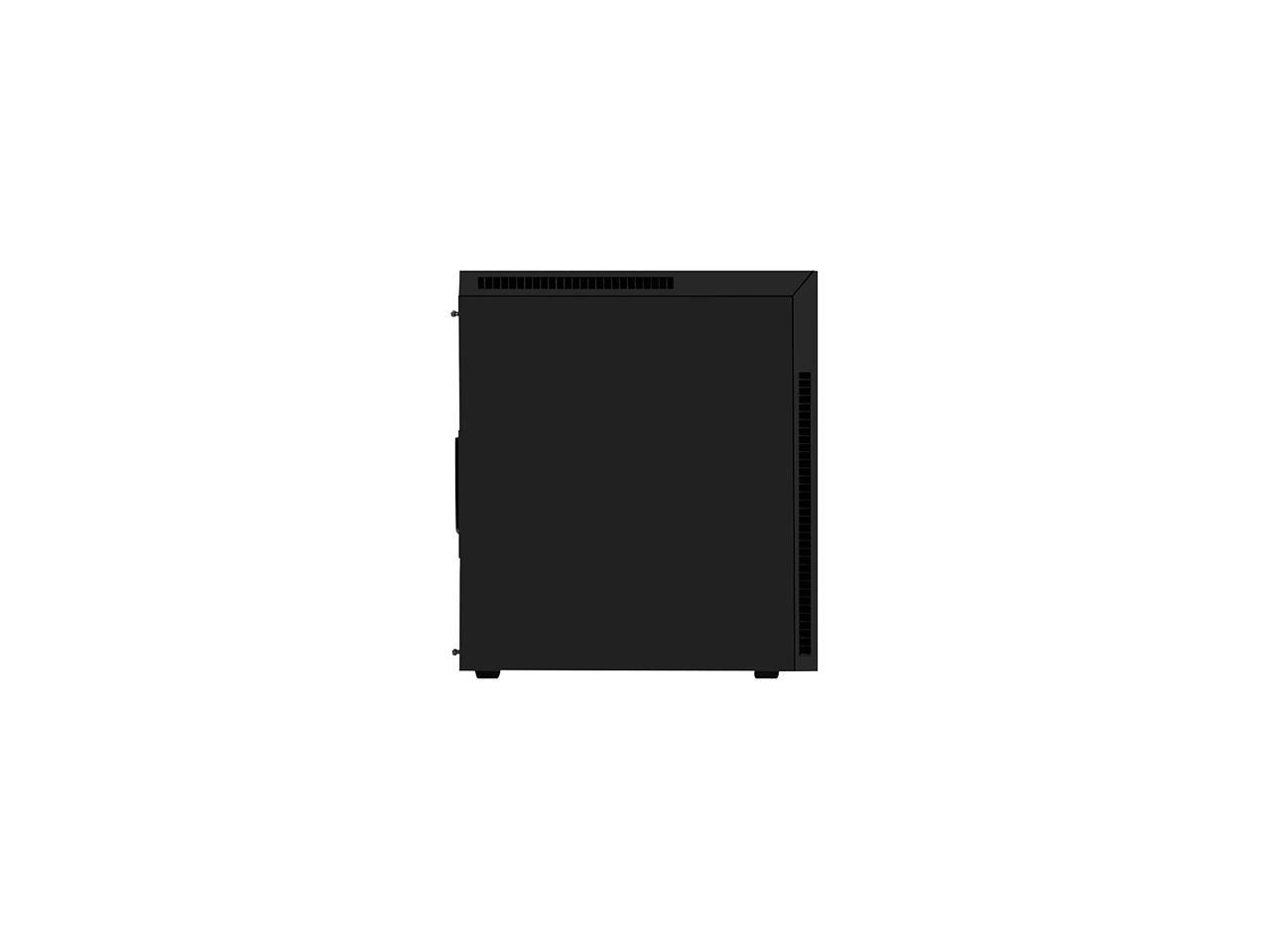 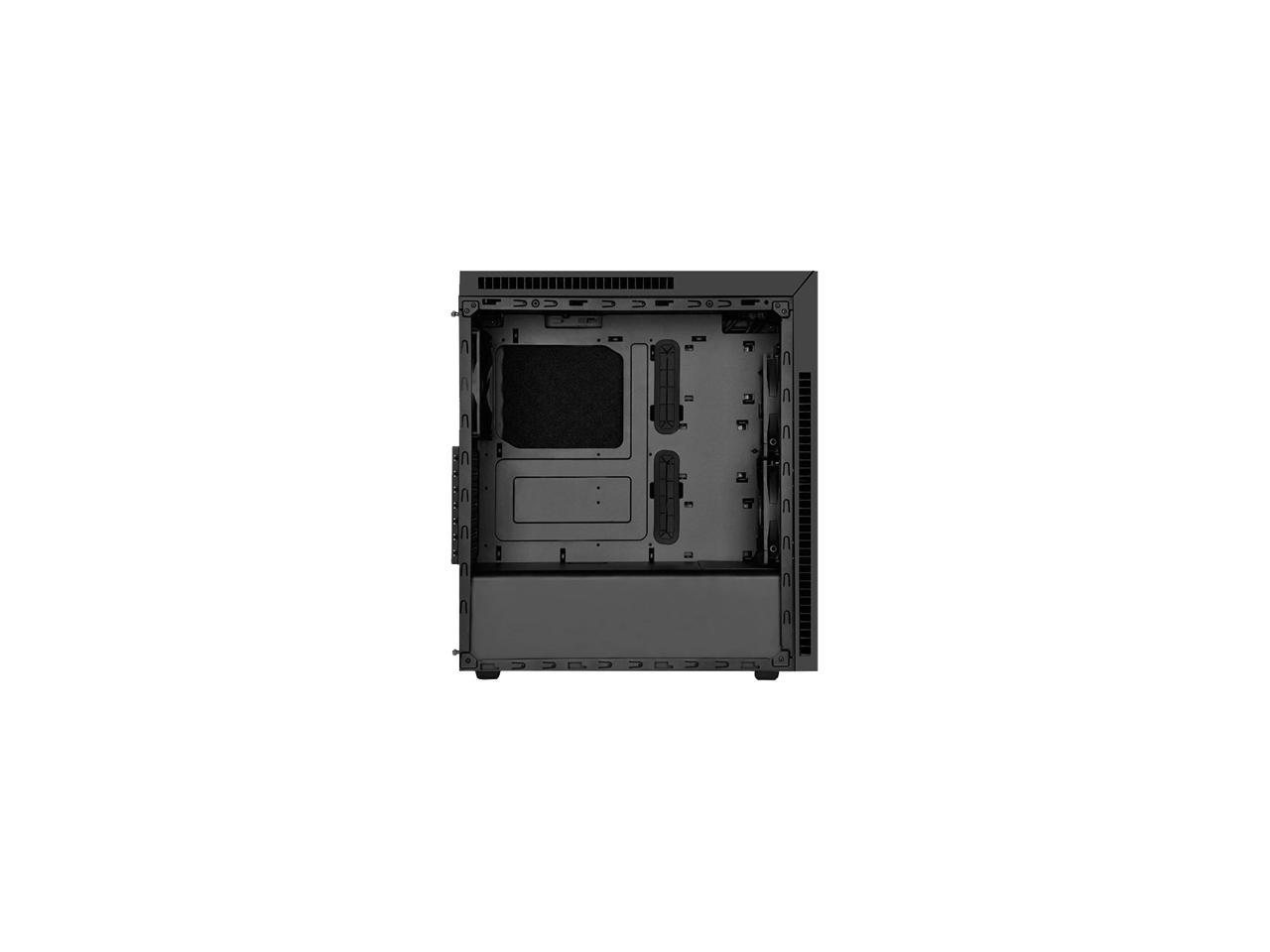 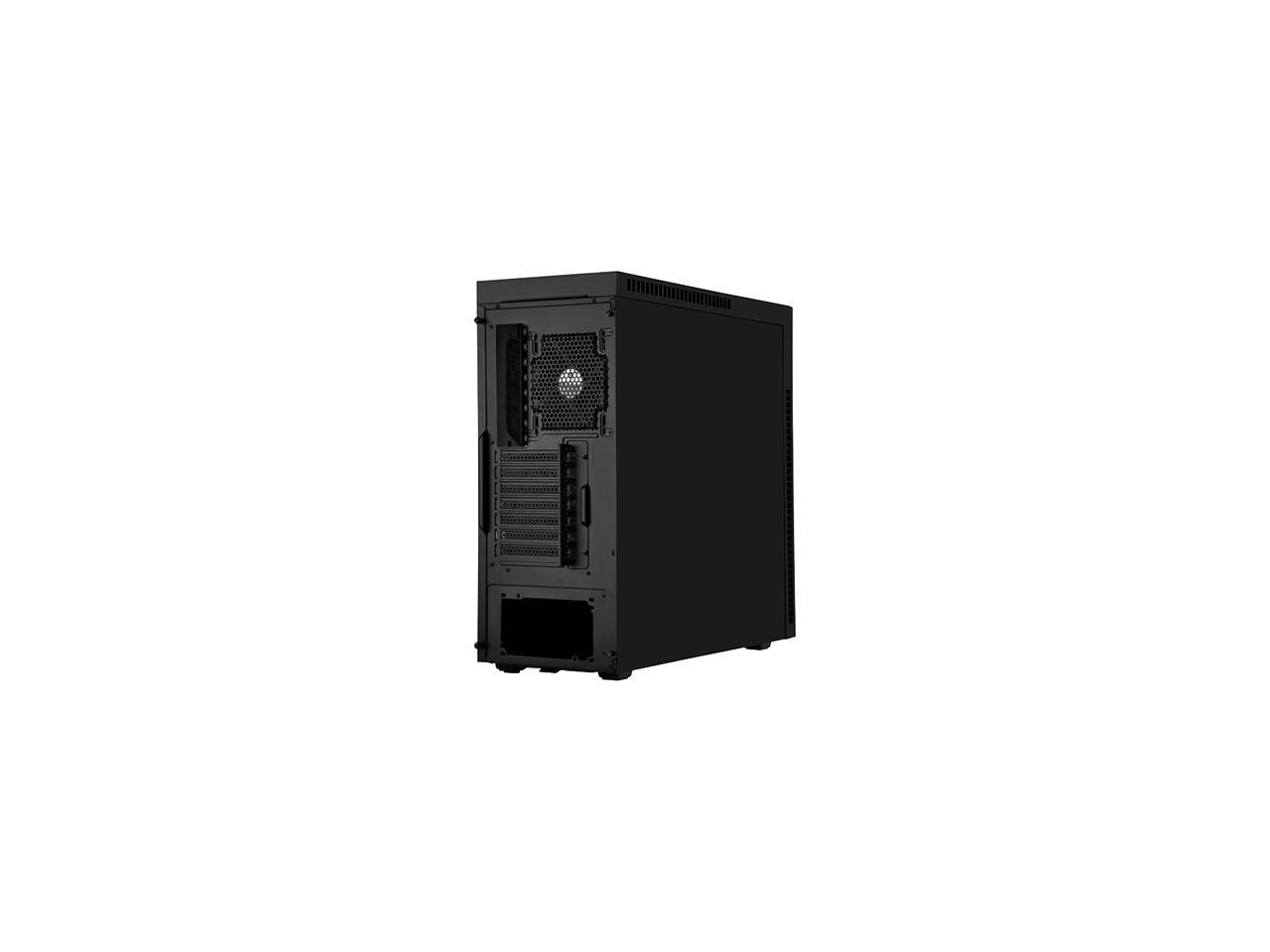 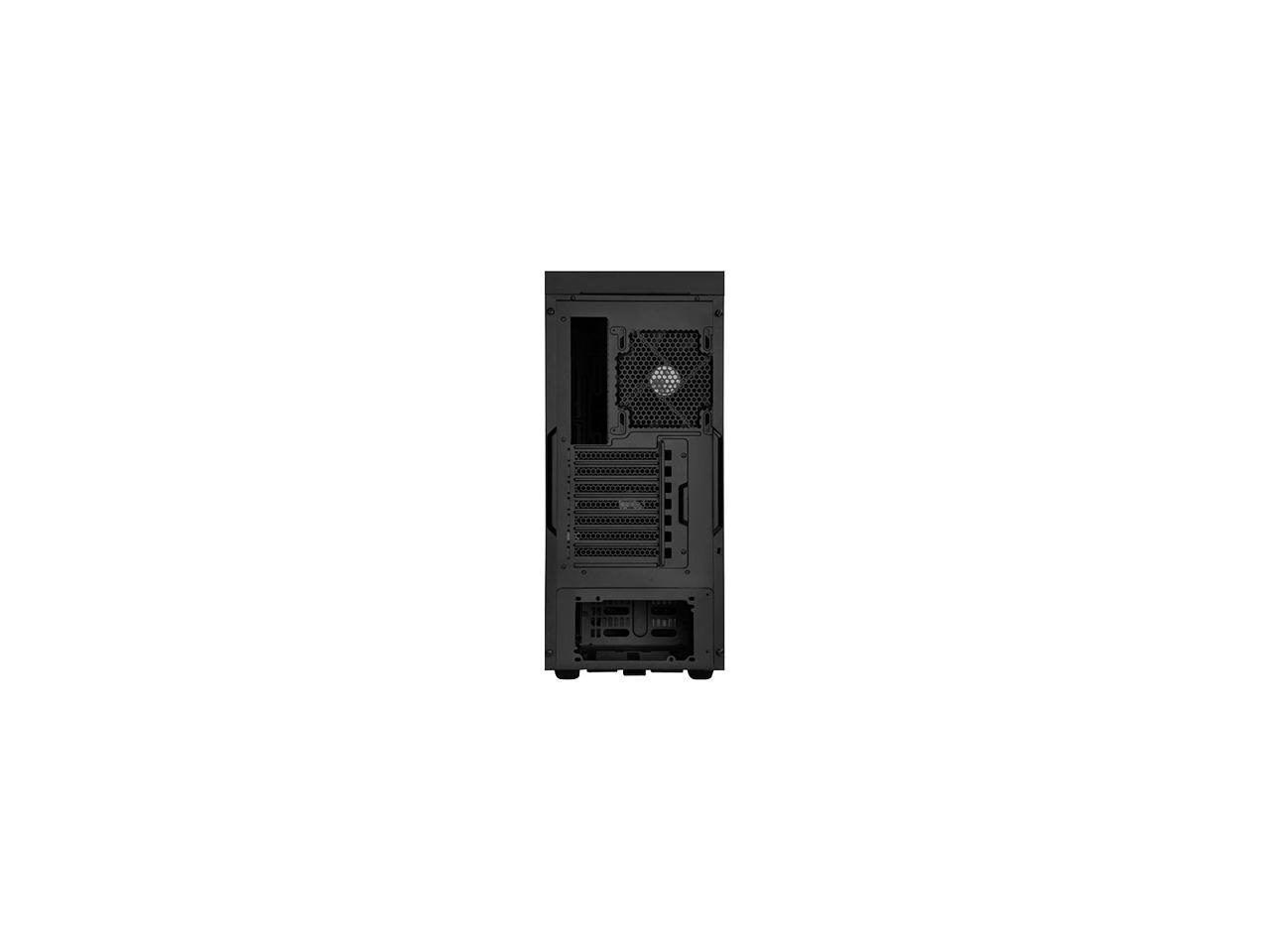 Learn more about the Silverstone SST-KL07B

Pros: This case is one of the best looking in Silverstone's lineup: clean, simple lines and an understated design philosophy that lends itself well to the "silence" goal of this case. Not only does it embrace "silence" in its looks, the case itself is decently quiet, with the foam padding and lack of a side panel window allowing very little noise to exit the case, especially if you use decent fans. I have this set up with 7 BeQuiet SilentWings 3 140mm fans (one exhaust in rear, two exhaust in top, and a push/pull NZXT Kraken X62 mounted in the front) controlled via a Silverstone PWM fan hub plugged into my motherboard, and during idle/web browsing by FAR the loudest thing in the entire computer are the hard drives (more on that later). In terms of building in this case, there are both positives and negatives. For the positives, the interior is fairly well-thought out, with lots of options for mounting fans or radiators (I appreciate being able to mount 240, 280, or a 360mm rad in front, as I strongly prefer front-mount radiators) with tons of room for a push/pull setup in front, even with a massive GPU like my Asus Strix 1080ti. The plain PSU shroud, even though it isn't visible due to lack of a side-panel window, is nice as I despise PSU shrouds with tons of logos or stupid unnecessary cutouts (looking at you, Phanteks). Silverstone could easily make another version of this case with a tempered glass side panel and it would be a stunner in terms of looks. Airflow, given the numerous fan mounting options, is good, but also not even close to the best given the case's ultimate goal of silence. While it does have better airflow than other silence-oriented cases, it is still a far cry from, say, a Meshify C, but that's totally expected - if you are looking a case like this then you probably already are willing to sacrifice a lot of airflow for a reduction in noise. Construction of the case is good, a stamped steel core with two sizeable plastic panels on the top and the front, which are easily removable for cleaning. There are fan filters everywhere including a magnetic one up front, so this case is decently protected against dust.

Cons: As I just mentioned, this case does not have the best airflow. There are large vents on the sides of the top and front panels, but these are still fairly restrictive, although as I said this is 100% to be expected in this type of case market. Still, I was seeing GPU temps in the low 70s whereas in my previous Phanteks Enthoo Evolv it barely hit 65. CPU temps are good, though, with a decent AIO cooler (40s under load). The front panel connectors (actually top panel on this case) offers USB C, however utilizing that along with the USB 3 ports requires TWO USB 3.0 front panel headers on your motherboard, something that even a high-end Asus Maximus IX Formula lacks. Most people will be choosing whether they want to use USB 3.0 or USB c on the top panel, which really isn't a choice that should have to be made - if it is put on the front panel, Silverstone should design the panel so that all of its ports can be utilized on a majority of modern systems. The cable management on this case is awful. There are some velcro tie-downs but they aren't effective at wrangling the numerous cables you will be running up the spine of the case when building. There isn't a ton of room between the PSU and the hard drive cage, so things can get cramped even with a fully modular PSU. The cutouts with rubber grommets to route cabling from the back of the case to the front are oddly placed, and for some connectors it can place undue stress on them as you have to make awkward bends to neatly route them through. The same goes for the connectors on the bottom of the motherboard (power/reset switch headers, front audio, etc.), with the cutouts in the steel being oddly placed. It is also worth mentioning that the front audio connector isn't nearly long enough, so most users will be struggling to get it plugged in without stressing out the cable. Even though there is no side-panel window, cable management is very important, and I wish Silverstone put more thought into that on this case. If you are using traditional hard drives, I experienced bizarre, intermittent vibration noises when this case is sitting on my desk. Even though there are rubber isolators on the tool-less drive caddies, and there are decent rubber feet on the case, there is still this odd vibrating noise that emanates from the case, and if I lift up slightly on the case that noise goes away - there are some weird harmonics happening here. Not sure if this issue is just on my end, but it is extremely frustrating when it occurs, especially in a case that is otherwise extremely quiet. This makes me want to invest in a large 2TB SSD to use as a data drive in conjunction with my M.2 primary drive, just to make the hard drive noise go away, as they are far and away the loudest parts in the case.

Overall Review: Overall, this is a good case that could be absolutely fantastic given Silverstone pay more attention to the small details. They have the concept right, they have the looks spot-on, and they have the noise suppressed, but they need a bit more in terms of user experience. Things like the front audio cable being too short is an oversight that is inexcusable, and the lack of cable management is frustrating, as cable management is just as important for airflow as it is for looks, so despite this case not having a side panel window it is still an important thing to consider. This case could easily go through a revision and Silverstone could have a flagship product with this case, but sadly I do not see that ever happening. Regardless, if you are looking for an understated case that isn't a Fractal Design, the Silverstone KL07 is an attractive option that you should seriously consider.