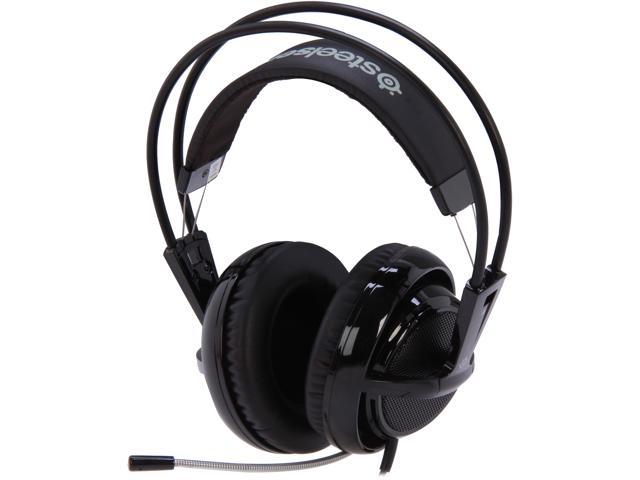 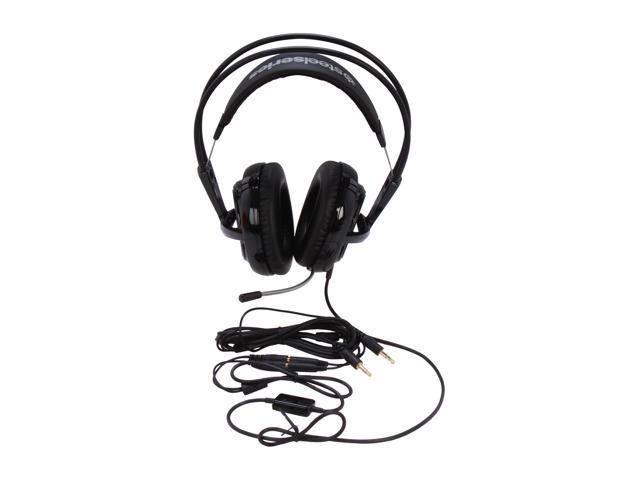 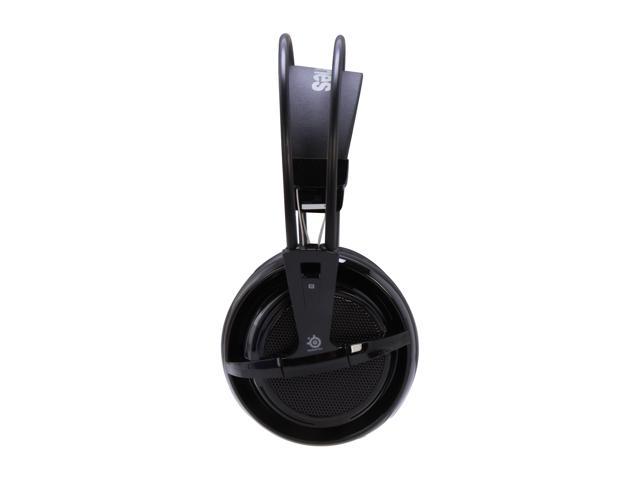 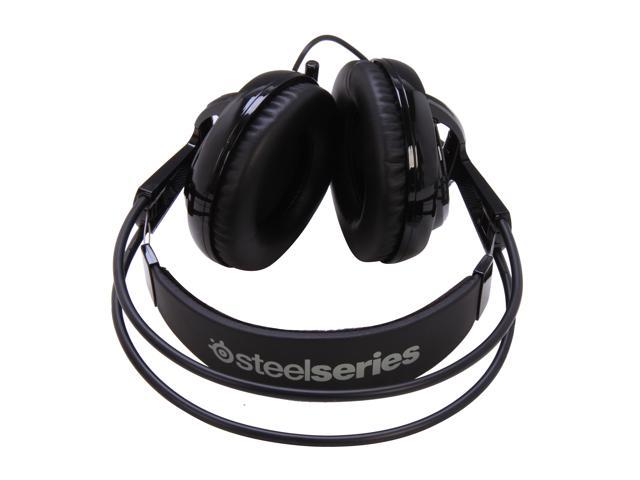 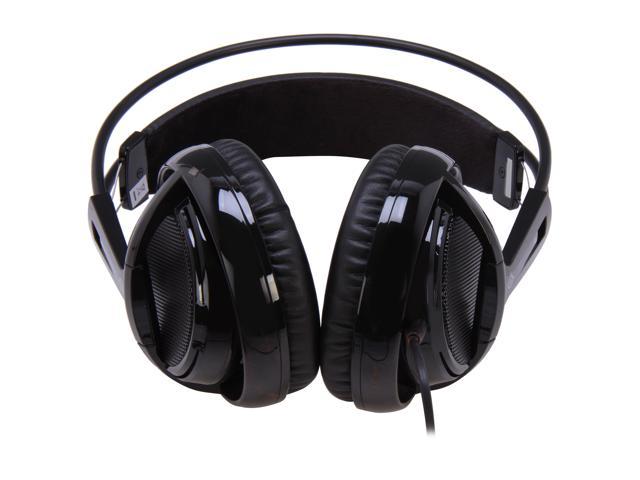 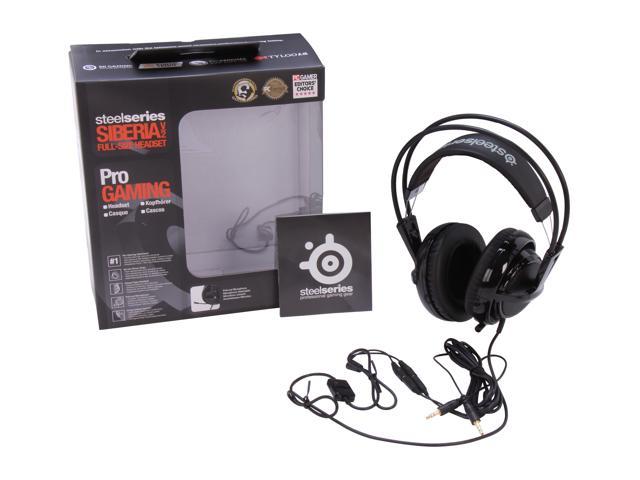 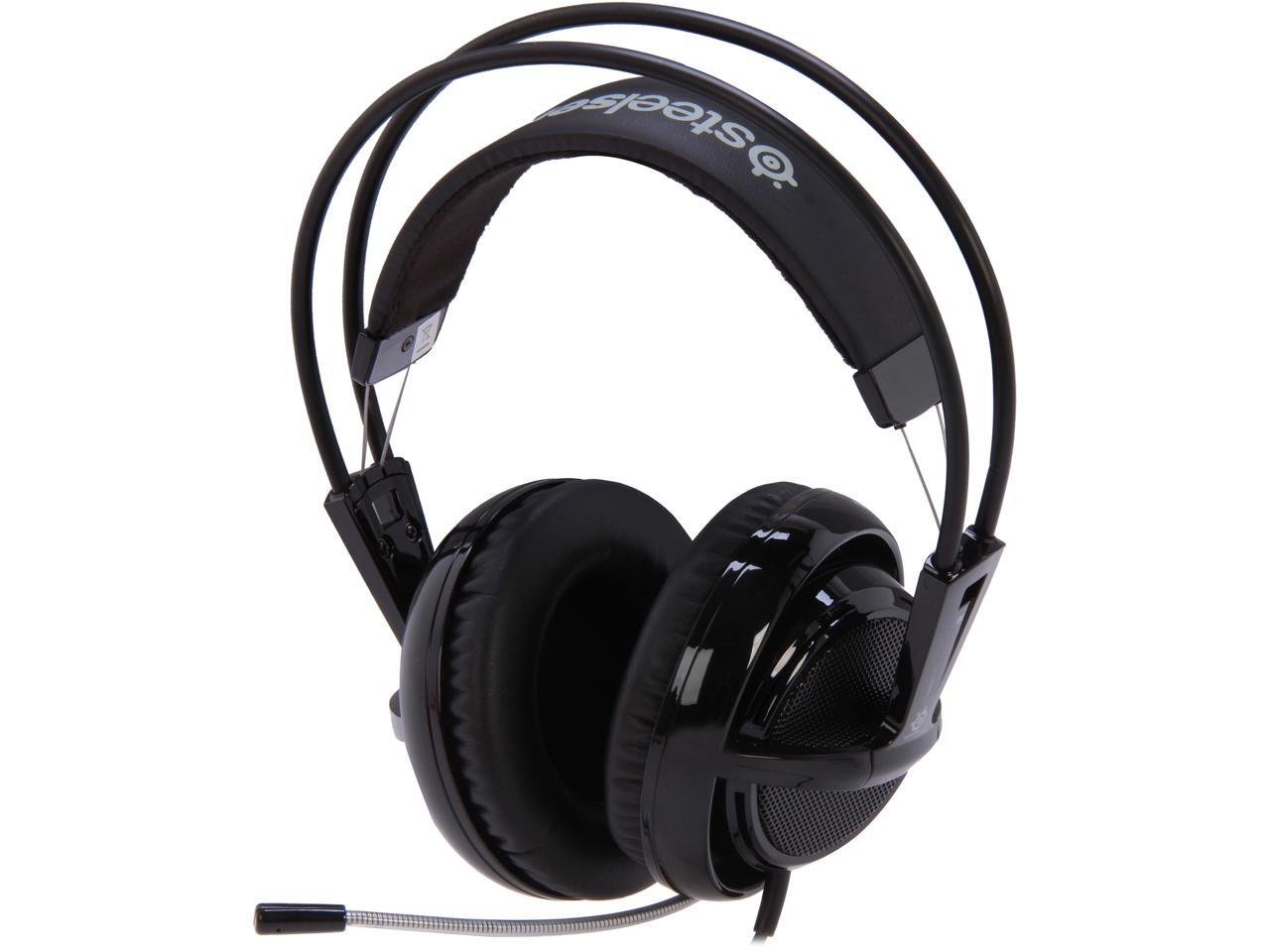 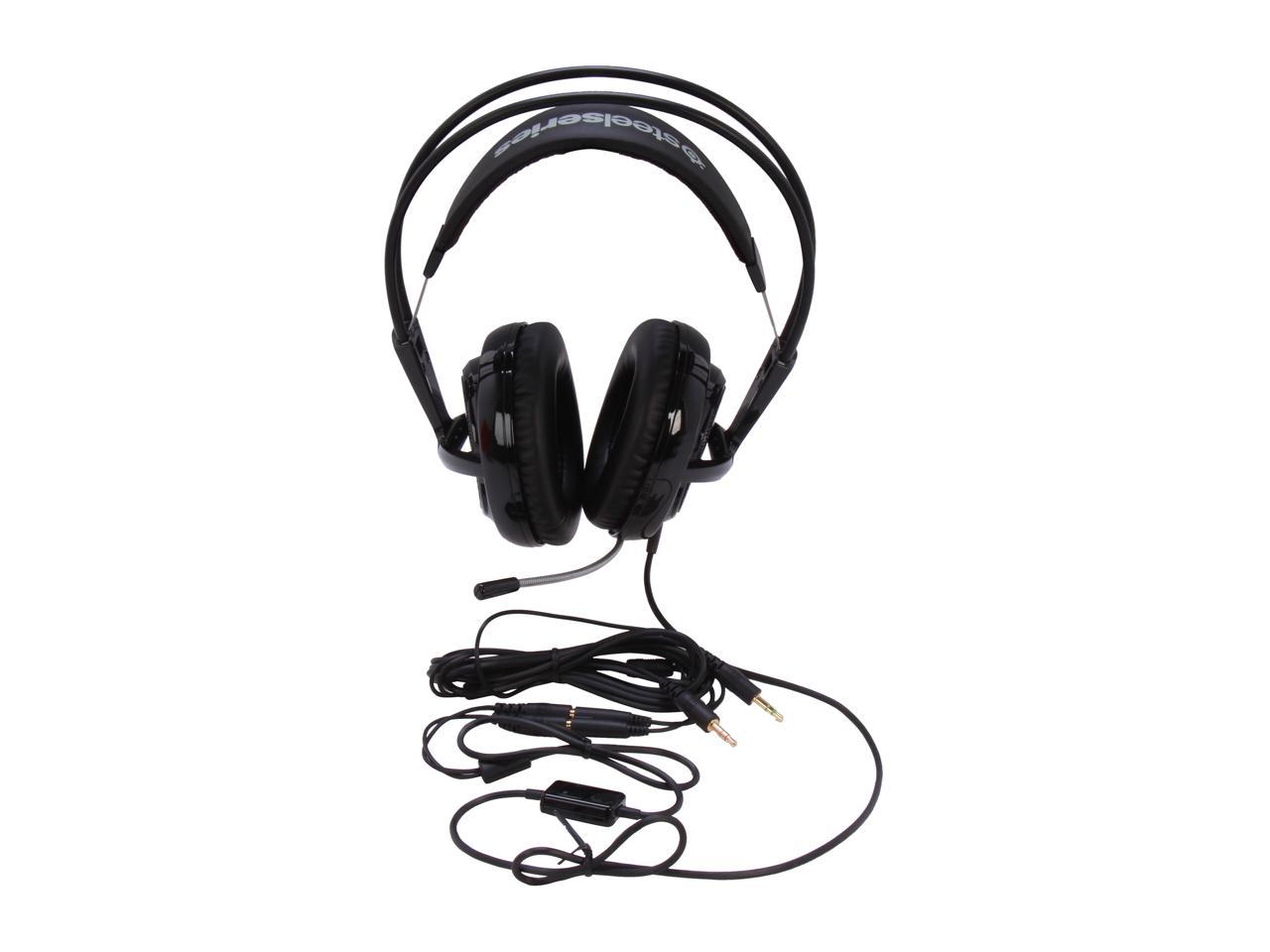 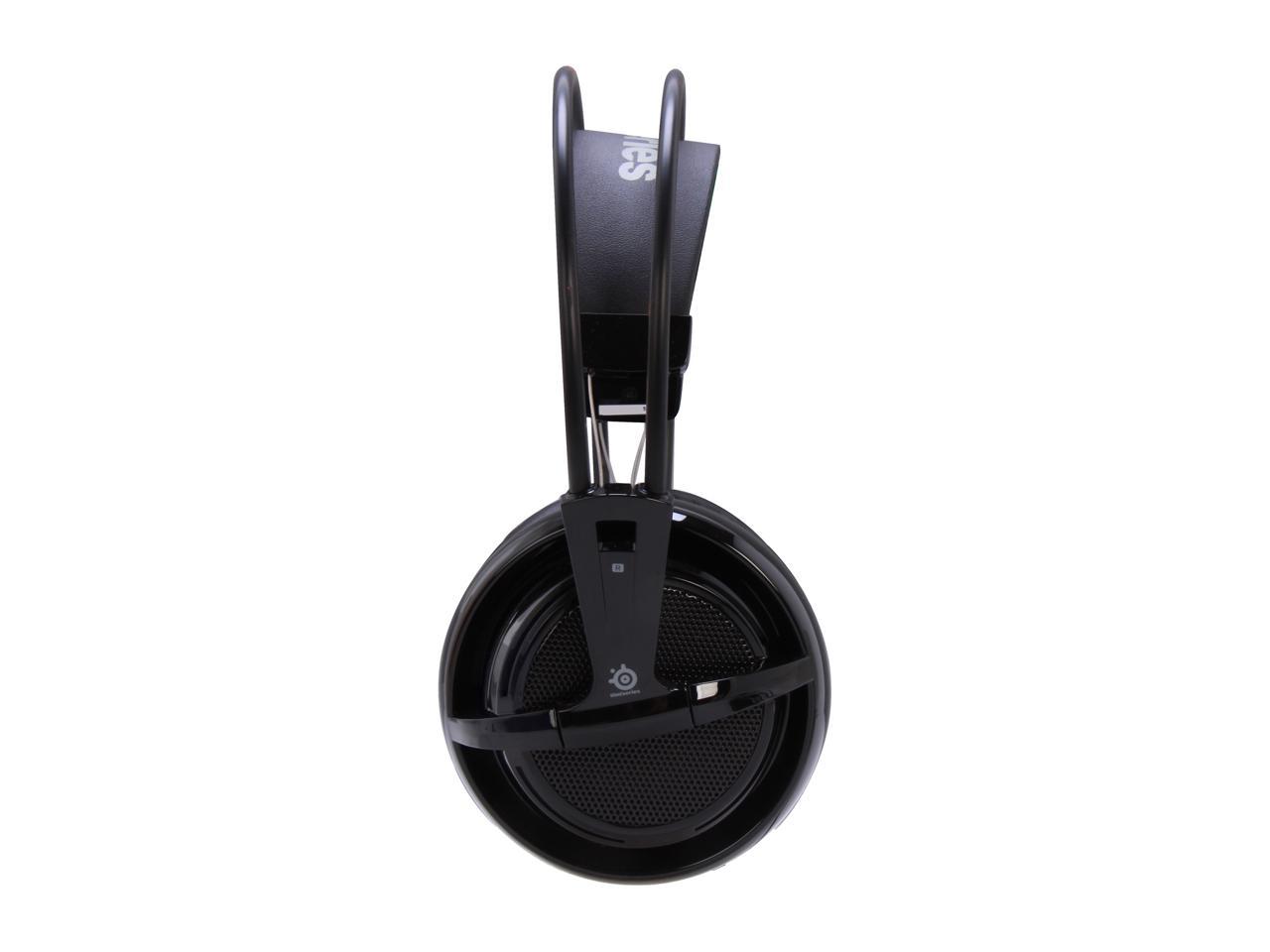 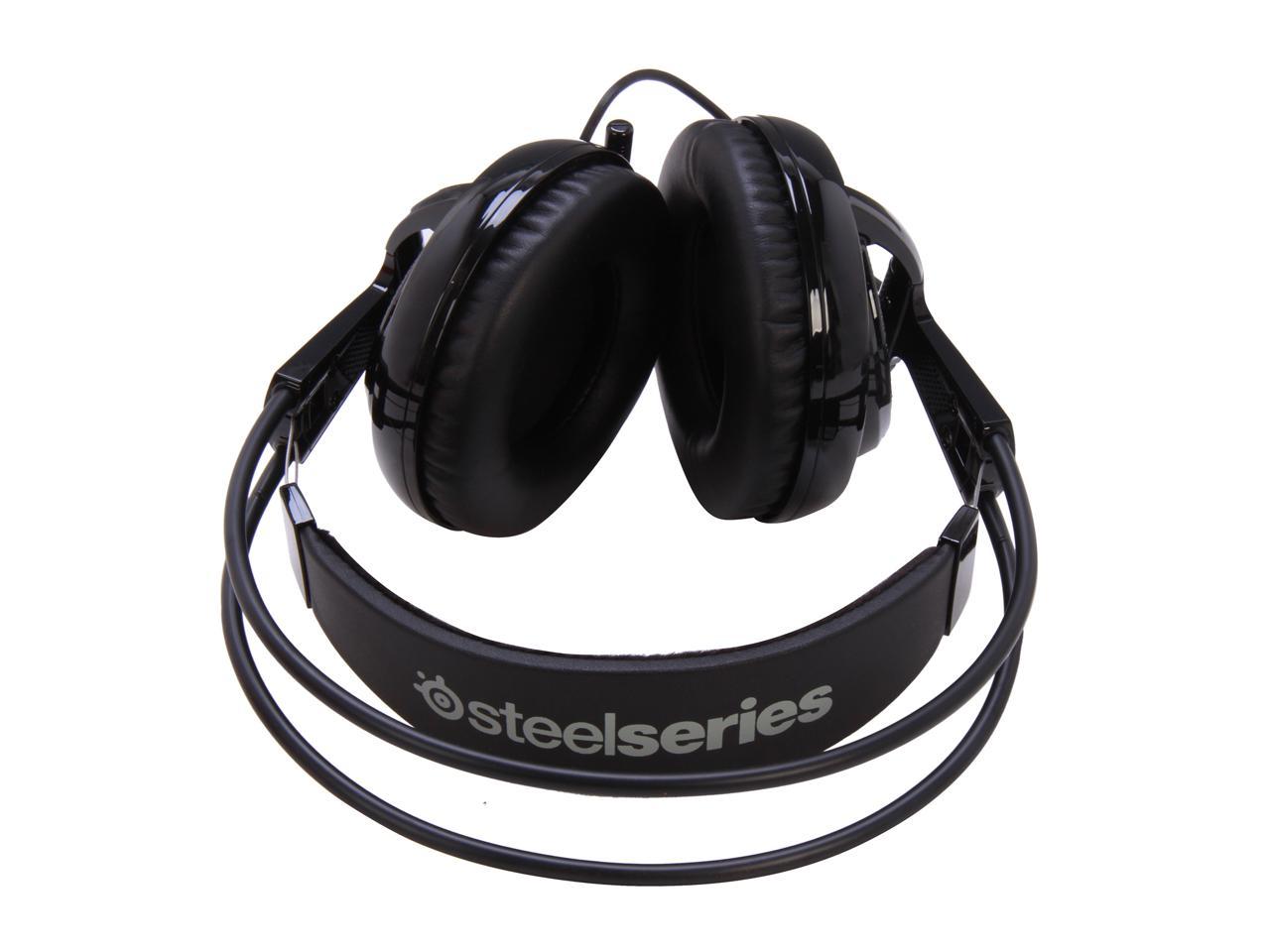 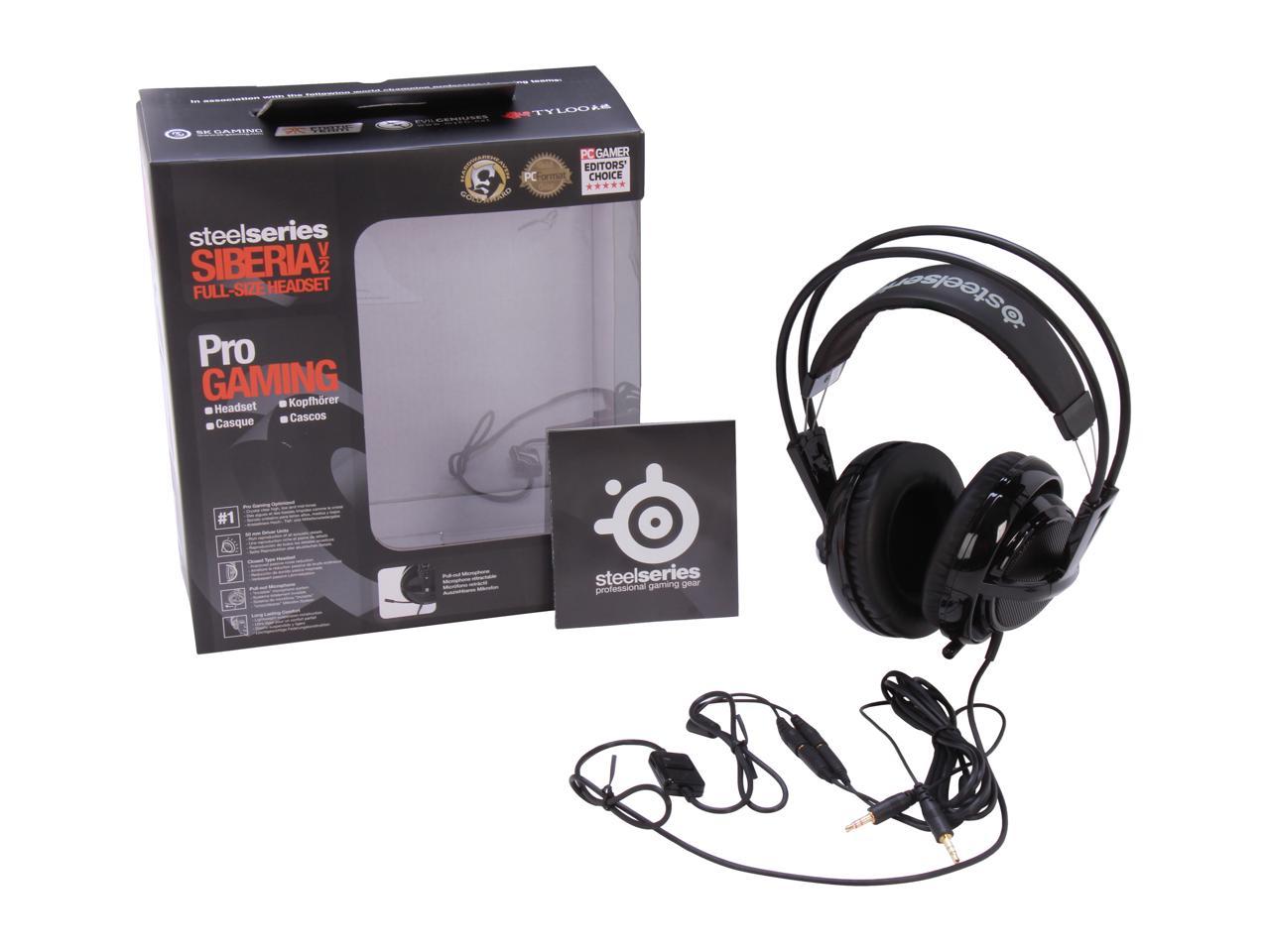 The earcups feature a noise reducing foam, which helps you to focus on the important audio or voice communication, and not being disturbed or interrupted by outside noise. It's one thing to have a beautiful exterior, but it's what's inside that that makes these one of the best quality headsets on the market. A 50mm driver unit with crystal clear sound in high, low, and mid-range ensures quality output for multiple uses.

The Siberia v2 features a retractable microphone that can be hidden in the left earcup, which means you can use it when you need it, but don't have to flash it in public if you don't want to. Keeping It Real, or Rather, Vacuum Metalized

Don't try to melt down the gold and sell it. The gold rings on the SteelSeries Siberia v2 Black & Gold Edition headsets are created by using a process called vacuum metallization which helps to achieve the gold, shiny-like finish of the rings seen on both the right and left earcup. SteelSeries is one of the first company's in the gaming industry to use this process in peripheral color creation. Check out the black & gold edition in the photo gallery below!

The integrated volume controller on the cord offers an option to handle sound volume manually. This feature is especially useful when you are using your Siberia v2 with other devices and don't have swift access to setting volume levels in your software. Cons: I just got mine in... and i could tell it was opened and used... just becareful. i just got mine in and the cords are in terrible condition there was some scuff marks on the headsets with finger prints. Was surprised with the condition i got it in, that i just had to check back with the post to be sure i didnt purchase a opened box or a refurbished... I would not recommend any steel series headsets but i would recommend their other gaming peripherals .

Pros: -Extremely comfortable, self adjusting headset allows for long periods of wear with no discomfort. -Great quality sound input and output. -Plugged it in and it was ready to go. -Microphone hides very well. The detachable extra 2m cord makes it so you can take this with you on trips with your portable devices. I highly recommend to buy this headset.

Cons: None found so far. Will edit review after 3 months.

Overall Review: For $70 it doesn't get much better than this.

Cons: bulky head strap always got in the way when travleing

Overall Review: exactly on day 365 both straps holding the head suspension strap snapped off kind of bummed but it still fits my head with out the suspension strap and now it's more comfortable to wear around my neck.

Cons: - They're extremely fragile. I'd consider myself pretty gentle when it comes to my headsets and I've had two pairs of these break on me after a very short time. Both times they broke was because of the metal wires holding the head - The mic isn't the greatest quality. Becareful when pulling it out of the headset. - The sound sometimes cuts out on one side of the headphones when adjusting the sound via the control.

Overall Review: I've been a user of the Siberias for a very long time. Back when Icemat was its own company. These headphones have always had problems and steelseries has yet to address them. I most likely won't be using any of the new siberia products til steelseries starts fixing some of the build problems. oh well atleast I'm finally out of this abusive relationship! :P

Overall Review: I bought these expecting nothing but excellence from Steelseries and the microphone broke without reason less then 3 months into them without any excessive wear and tear. I expected a heck of a lot more from $90 headphones and this is the last pair I will be purchasing from Steelseries.

Cons: I can't fault the headphones, but the cuffs get kinda stuffy and sweaty after prolong useage or intense gaming. The fake leather does not allow your ears to breathe. I just hope that sweat and warmth won't cause the fake leather to crack. However, I used fabric cuffs before and they attract dust and lint like a neodonyium magnet does with metals.

Pros: This is probably the best headset I have used in a long time. You can wear the headset and forget you have it on at times because of how comfy is. I bought the Xbox game converter separate on the SteelSeries website and use it to play games on Xbox as well. You can hear everything and it minimizes bass which I prefer. This headset is just the best. I wear these also when I lift and they never get in the way when I deadlift and squat. They have removable extensions which was an absolute must for me because I can't stand 20-ft. of cable when I have less than a foot away from both my xbox and computer.

Pros: Retractable mic is awesome - bends around to wherever you need it to, even after extensive use. Very clear sound from it too; nobody has ever complained that I'm too loud/quiet or have static or any noise issues. As for sound from the headphones, the bass does seem to be pretty quiet, and if you use them off of an MP3 player it will be; but if you up the bass in your windows sound settings it is capable of being pretty amazing without any static. All other sound is clear from low to high, easily outclasses most other headsets I've tried before.

Cons: After about 1.5 years of use, the extendable mic stopped working when...extended. Worked fine when pushed back into the case, but if i pulled it in front of my mouth, it wouldn't register sound. I suspect it was due to the large amount of abuse it underwent being brought to many, MANY lan parties, but as a result of this, the directional-ness of the mic led to me using push to talk in mumble etc rather than automatic detection (it was detecting sound from my typing). Again, this was after 1.5 years of heavy use, so I don't think this is really a flaw in design much.

Overall Review: The little stretchy-band at the top might seem like it could die after time, but in case you're wondering, it won't. Mine's still working fine after all this time.