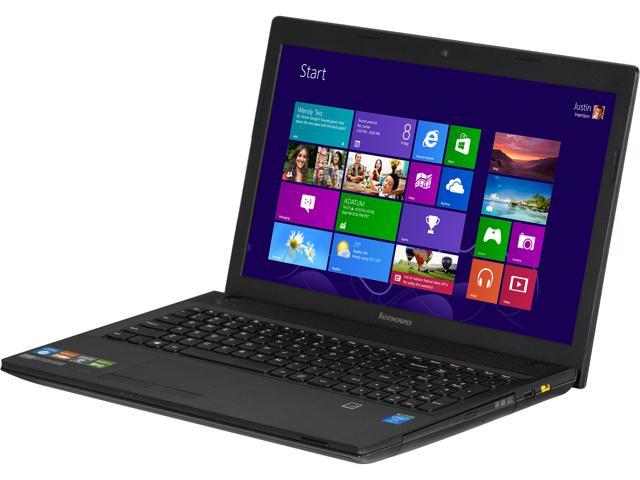 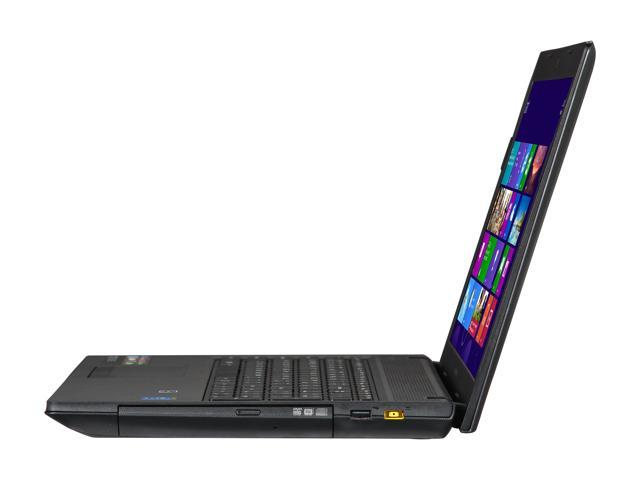 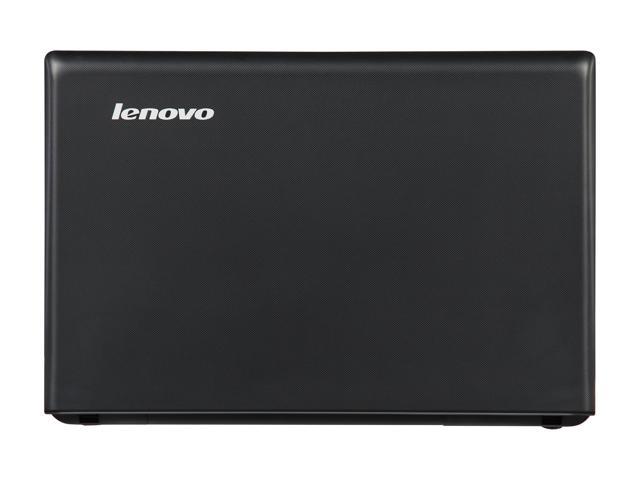 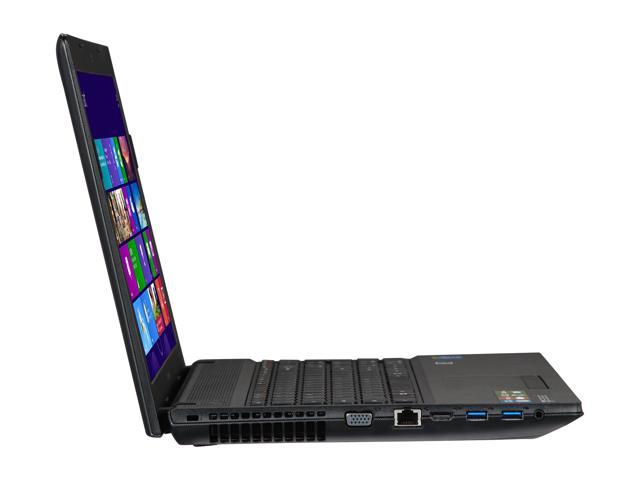 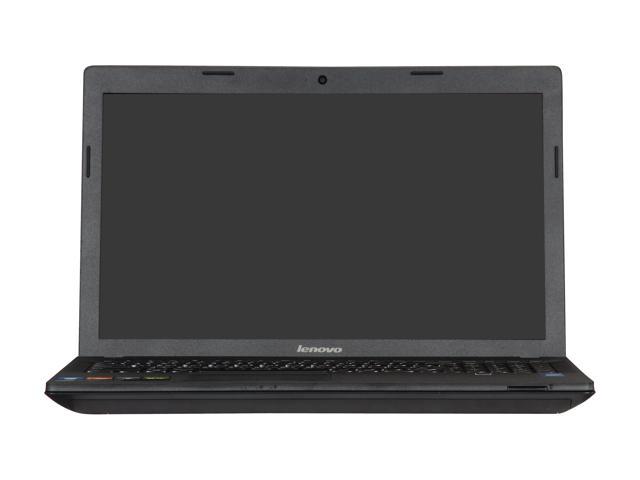 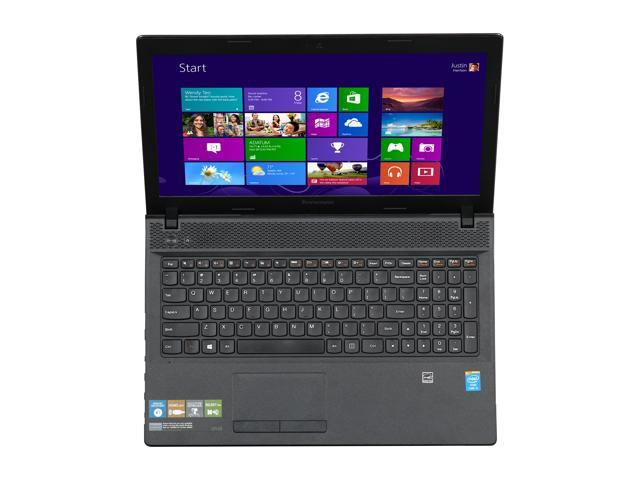 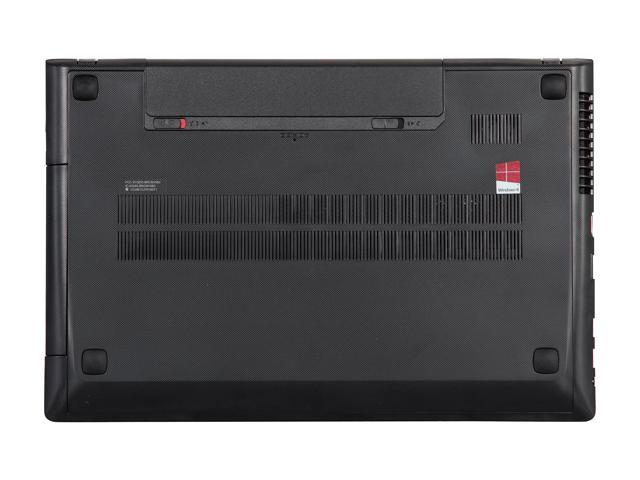 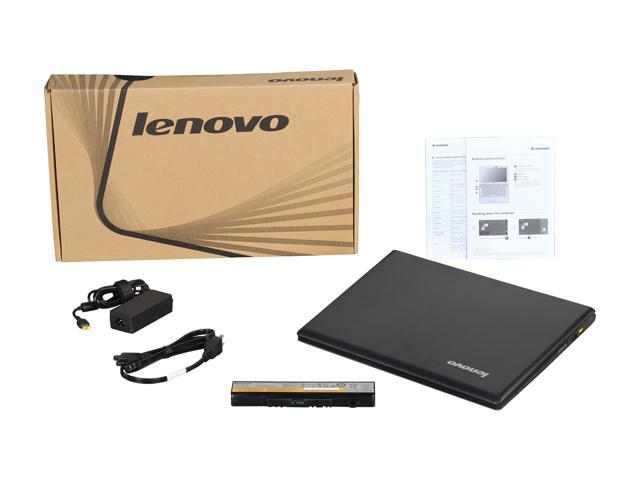 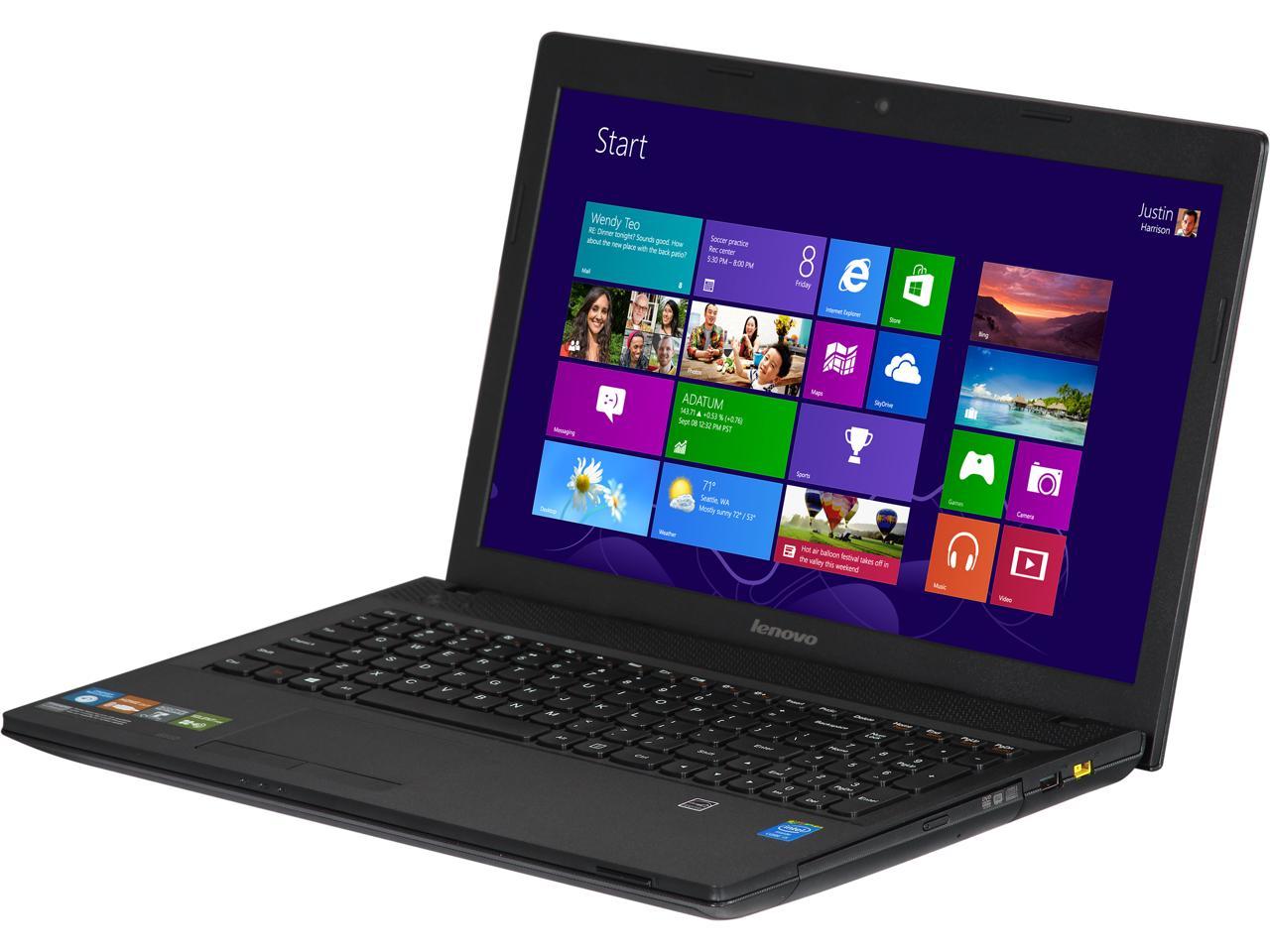 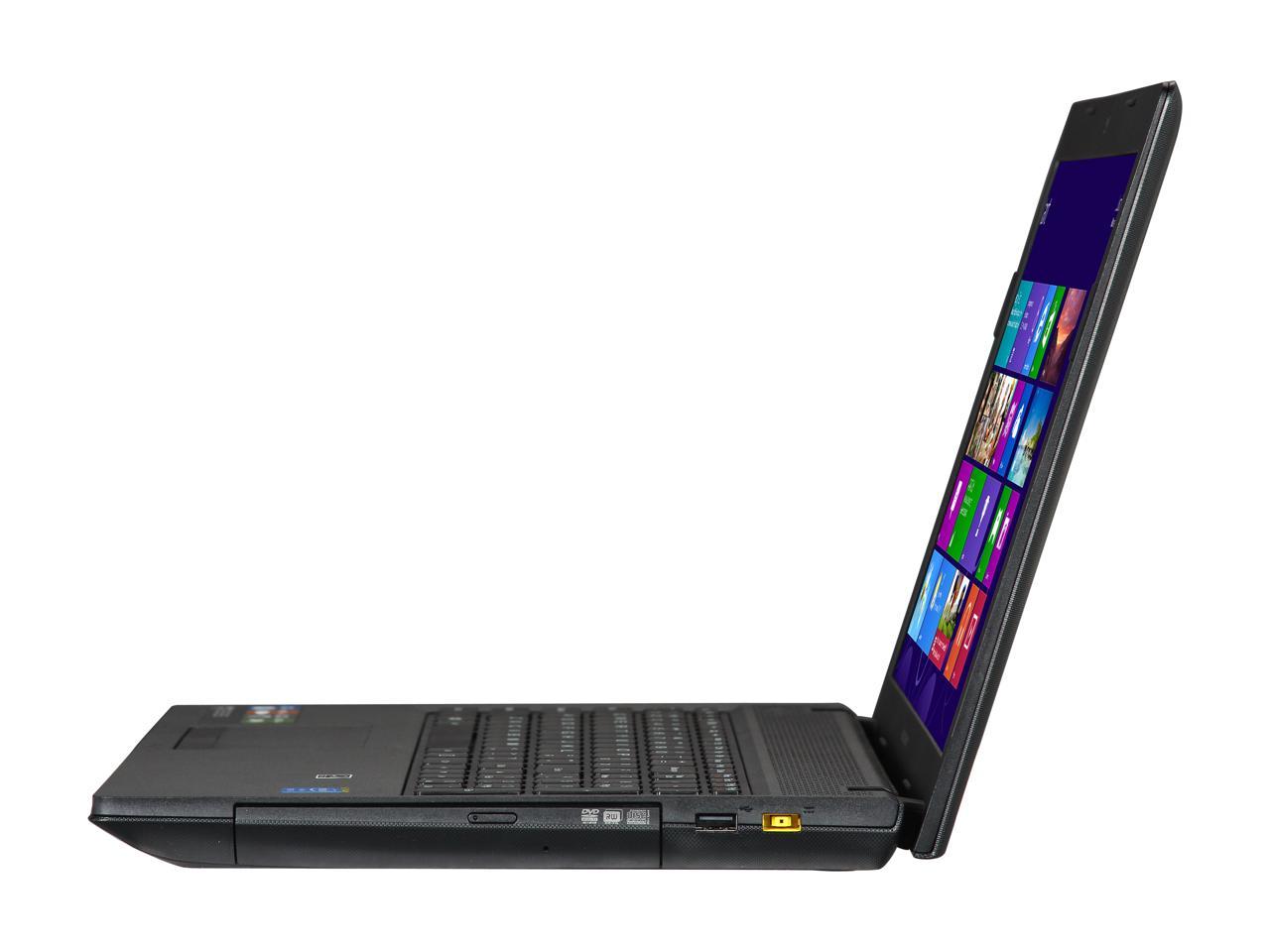 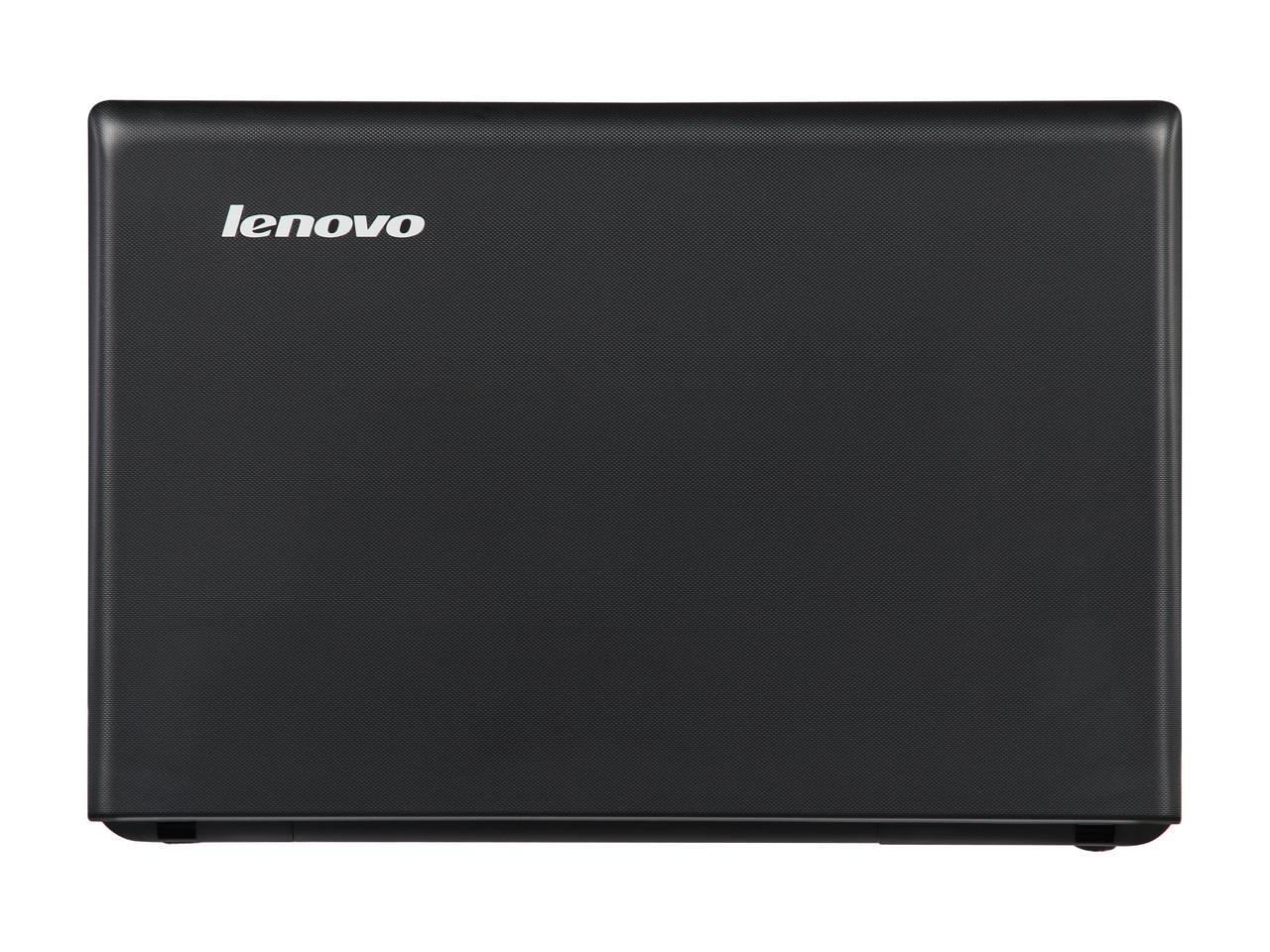 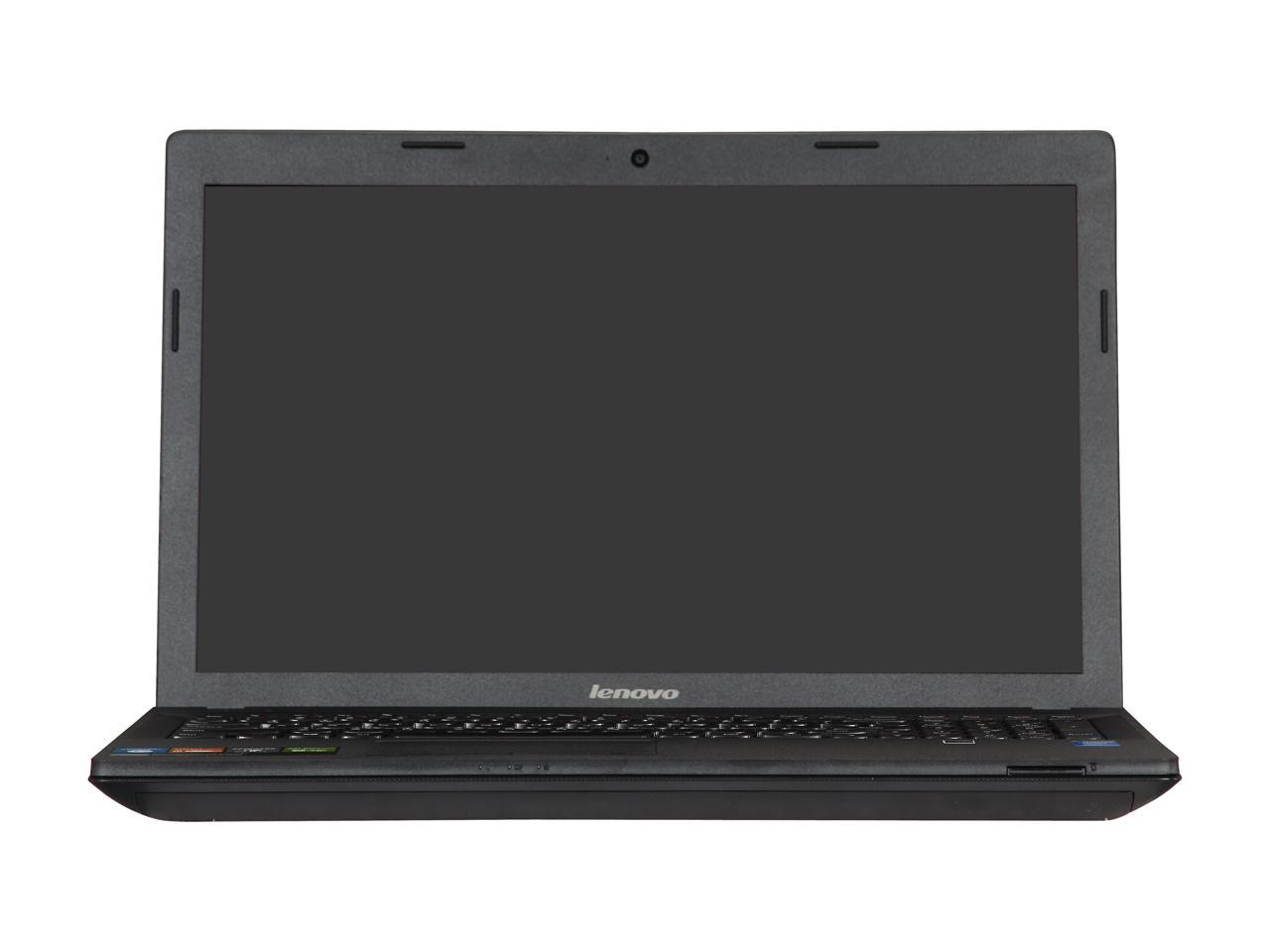 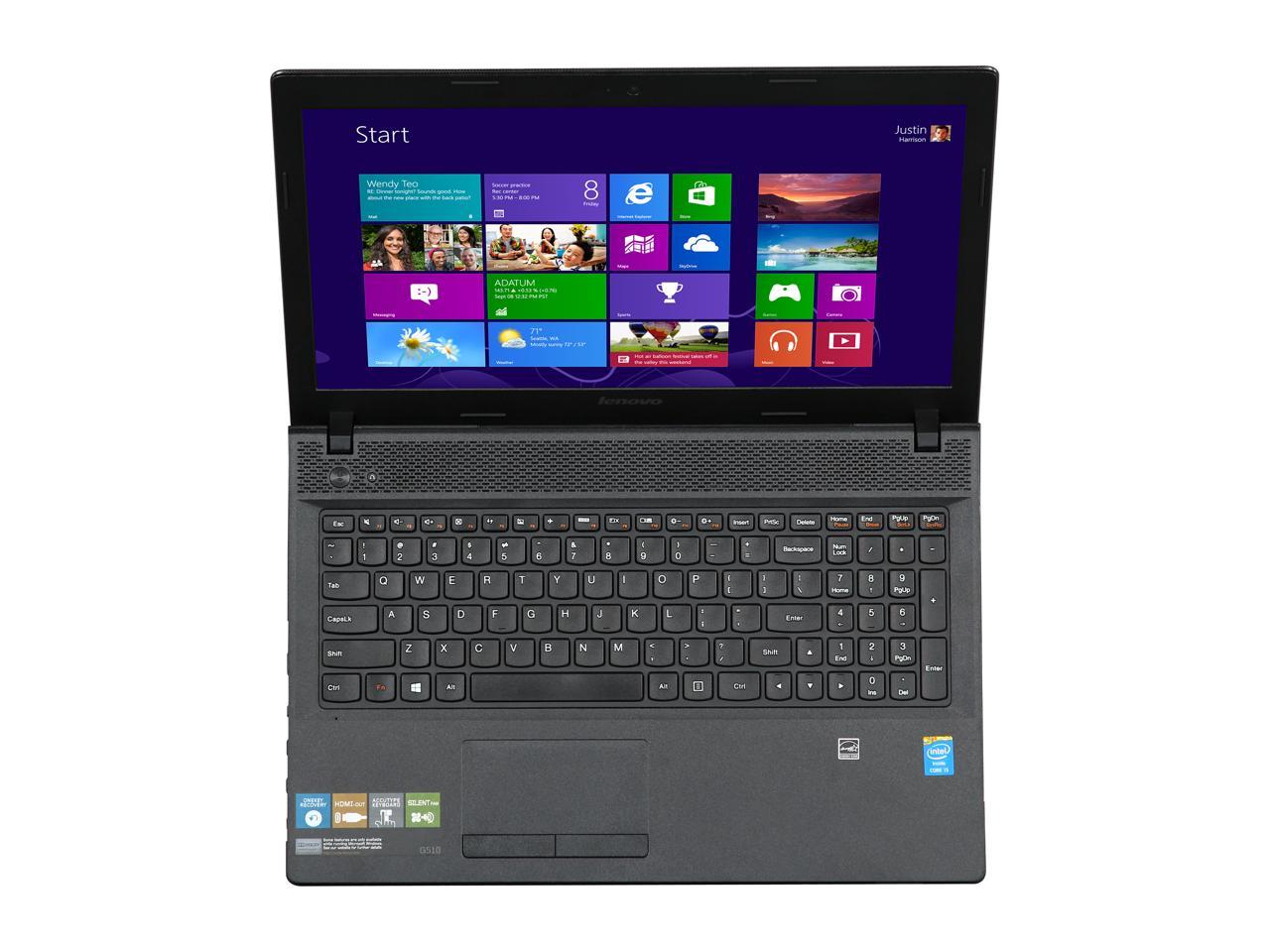 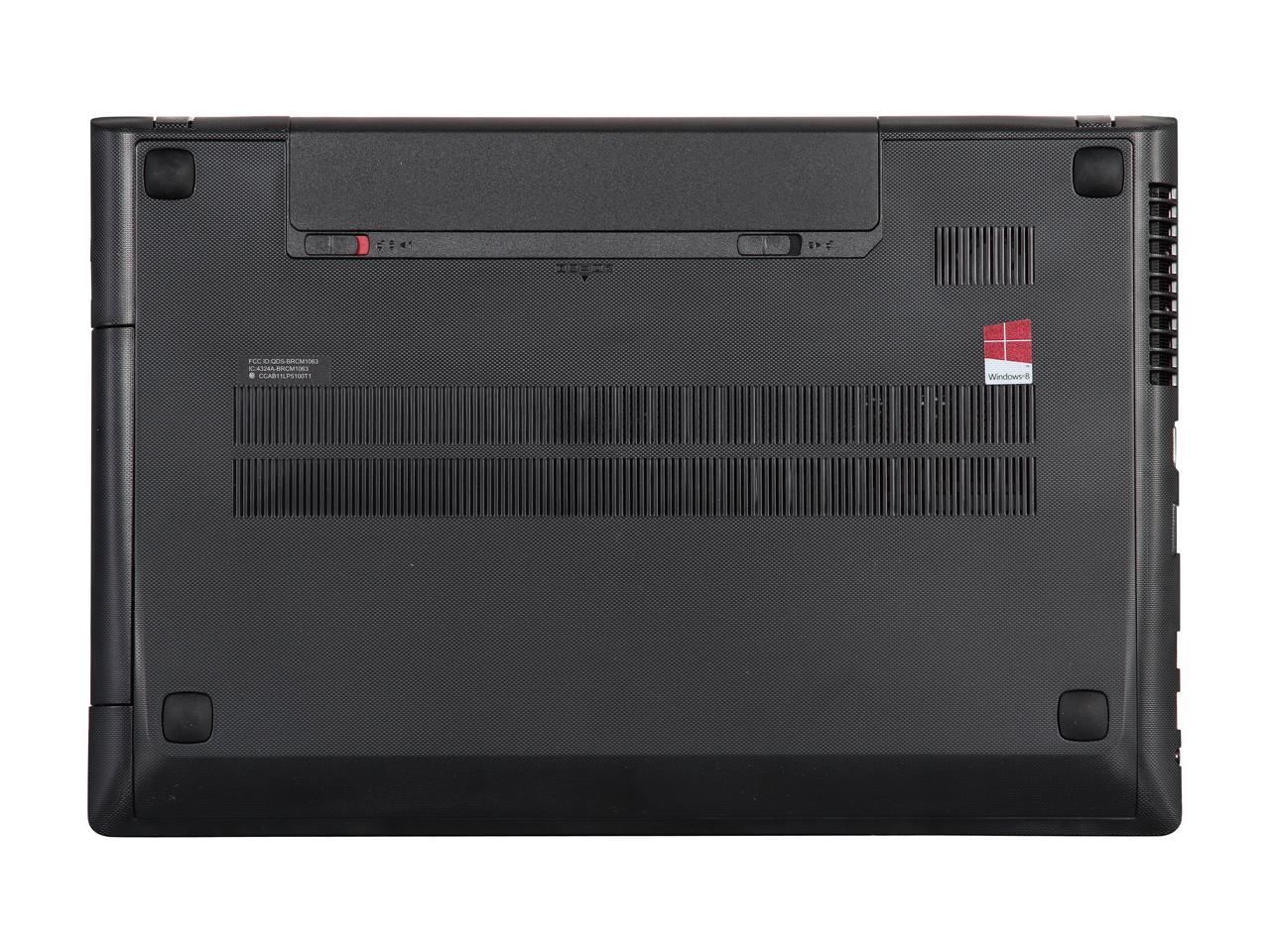 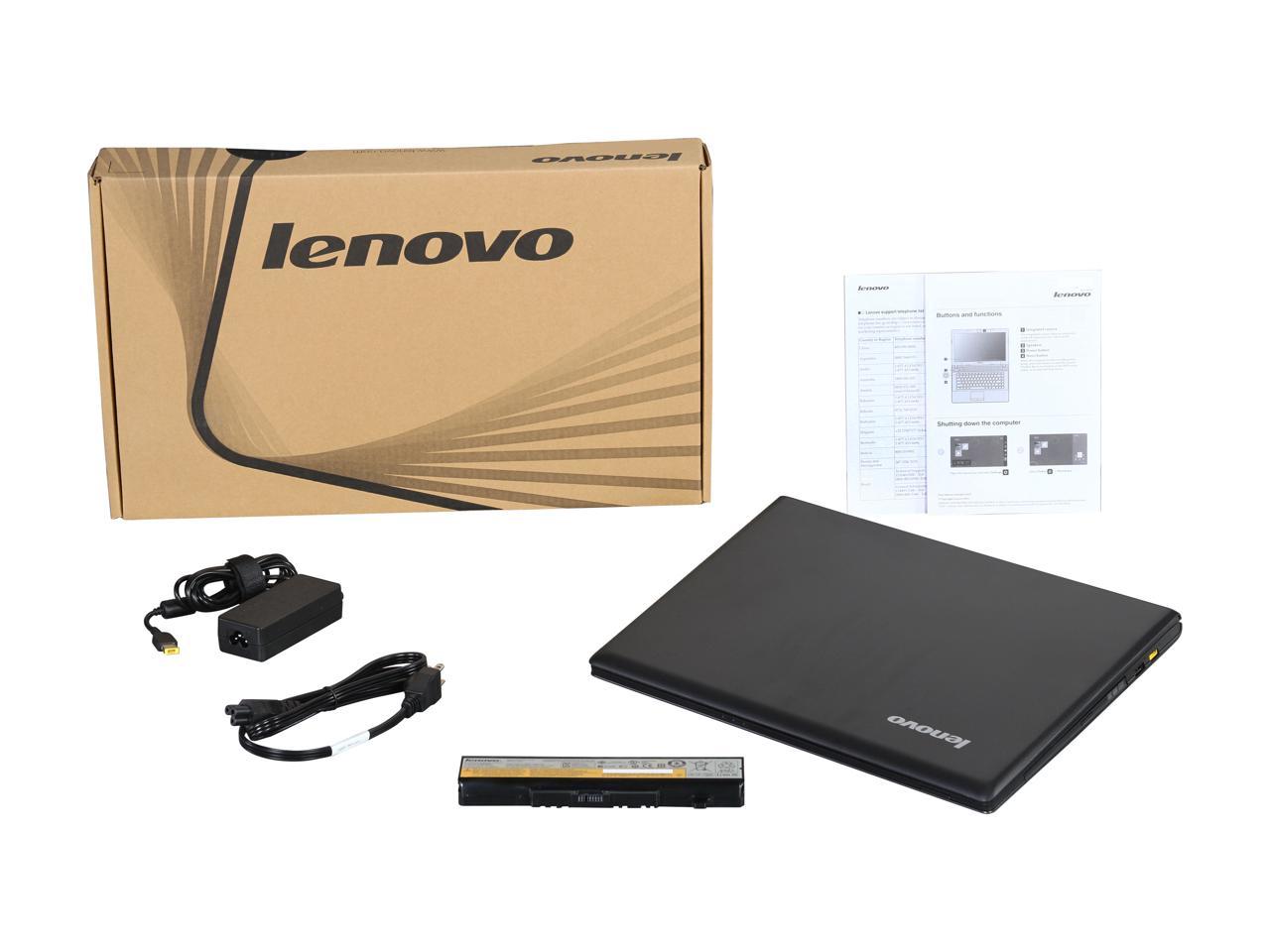 Pros: -Fast Mobile processor (4200M) instead of low power Ultrabook processor (4200U) -Only 1 stick of ram (cheaply upgrade to 8 GB) -Good graphics for this price range

Overall Review: This is a great laptop especially if you're using it in a place where there's always a plug nearby. It will last at least a few hours unplugged, though. The key here is the price. It isn't the fastest laptop I've ever used, but this is the cheapest laptop on the market at this performance level. You can always upgrade the RAM and hard drive later. You can't upgrade a laptop processor. Other comments complained that this was not a gaming machine. If anyone buys a ~$500 laptop thinking it will be comparable to a ~$1,000 desktop they deserve what they get. It doesn't have a dedicated graphics card (or the ability to add one) and it only has 4GB of RAM. Also, 1 stick of RAM is not a Con, it's a Pro. This way you only have to buy one more stick (at $30-$40) to have 8GB of RAM. If it had 2 sticks, you would need to buy 2 more sticks and remove the existing sticks to get 8GB which would cost you twice as much. Just make sure it's DDR3L or has a voltage of 1.35V or it won't work.

Pros: -Light Weight -Sold Intel Core i5 (Get's the Job done) -Sleek Design, not to over the top -Great for work/school programs, Office etc. -Fast when browsing and loading media -Doesn't show smudges to bad (Matte Black textured surface) -LCD is great for most viewing angles -Great LCD housing, it is very solid and tight -Keyboard is great to type on and it has a full keyboard which is also a perk.

Overall Review: This laptop was what I expected when buying it. It is said to be the lowest priced notebook for the components it has inside. The CPU performs phenomenally, under multiple windows and a decent amount of programs. Overall I recommend this for any student who just wants to use Office, stream media, listen to music and to do some moderate multitasking. Easily upgradeable with an open RAM slot and the potential to take out the HDD and add a SSD. Very impressed this is my first Lenovo Laptop

Pros: - Powerful CPU - Just about top of the line integrated graphics - Easy to upgrade - Price! (A powerful laptop for the money.) - Back panel comes off easily and you can get to just about everything... even the fan, which is good, so you can keep it clean.

Cons: - Poor quality screen. it's a cheap TN panel with very limited viewing angles and light-bleed around the edges. - Tons of bloatware to uninstall But I knew these things going in .... I bought it for the pros listed above.

Overall Review: I'm using this laptop as a desktop replacement and it's perfect for that (unless you're a gamer... although you can play some games on it). As soon as I got it I cloned the HDD to a Samsung SSD and put a 4GB stick in the empty RAM slot. Now it really screams. I use an Acer 22" IPS monitor (1920x1080) with it and the integrated graphics doesn't even break a sweat playing full high-def movies. For a sub-$500 laptop, it's all I could ask for... great deal.

Overall Review: For less than $500, you have a solid entry level laptop with the ability to surf, watch YouTube videos and get minor work done. This is by no means a gaming laptop. It is, however, the perfect laptop for a student. I installed Office Pro immediately and some of the usual social media apps and it runs like a champ. Where you will really notice the price is in the build quality. I owned an Acer several years ago that was put together much better than this thing. However, with the 4th Gen i5 and expandable RAM I can forgive the cheap mouse and bad speakers. If you are going to watch a movie or a bunch of YouTube video, buy a pair of $40 headphones and you'll be good to go. I definitely recommend this for the person that wants low cost connectivity with minimal computing demand.

Pros: -The keyboard feels great and is comfortable to use -The matte finish is good, doesn't reflect or track fingerprints anywhere near as bad as gloss does. -Comes with powerful i5 processor for a laptop, boosts to 3.0ghz for CPU intensive programs. -Allows for another module of RAM to be added -Screen quality is overall great -Can run games modestly such as Minecraft, Terraria, League of Legends -Lenovo battery software helps, has a thing called Conservation Mode that keeps the battery at ~60% when plugged in to prevent battery from overcharging for long periods of time -Works straight out of the box! No worries of firmware updates or upgrading Windows 8 to Windows 8.1. Comes with 8.1 out of the box -HDD can be easily swapped out with an SSD whenever

Cons: -The amount of useless software that comes with this laptop is a bit crazy. Took a long time to weed out and uninstall almost all of it. -For some reason the track pad doesn't like to work when the keyboard is being used at the same time (ie trying to play a game like borderlands, WASD movements but can't move cursor with trackpad at the same time) -The disc drive does move a tiny bit, it doesn't bother me really but for the more critical people it can be annoying -Not a gaming laptop, Borderlands 2 and Far Cry 3 struggle to stay above 15fps on lowest. I have not upgraded to 8gb of RAM but intend to and will see if that helps with these more intense games.

Overall Review: The first thing I did with this laptop was Minecraft and League of Legends to see how they performed with the Intel HD 4600. League of Legends runs medium settings with no shadows and stays above 60fps at 1366x768. Minecraft runs about the same, took the draw distance down from 16 to 8 and it performs just fine, no problems. Games that really use the graphics card seem to struggle though, namely Borderlands and Mirror's Edge. A small amount of Nvidia Physx gets used, but it seems that it cripples performance overall because Intel graphics aren't built to handle Physx. The only option is to keep Physx on lowest in these games, but ah well, just going to have to play them windowed mode 640x480. The trackpad is pretty annoying when I'm trying to use it extensively. I bring a mouse with me because the trackpad is inconsistently not taking gestures and single press clicks. The texture is a bit rough as well so rubbing your finger on it for a while will feel uncomfortable. Besides that, I have enjoyed using this laptop and it's a huge upgrade from having owned a netbook previously. The quality of the laptop is overall really good, feels sturdy and nothing looks easy to break. The disc drive is a little flimsy and that's the only physical problem I see with this computer.

Cons: The shift button on the right side is about half the size as the one on the left because of the arrow keys. Because of this, I've had to readjust the way I use it. Not enough of a problem for me to knock an egg--I've adjusted just fine.

Overall Review: I've been using the laptop for a week and I haven't had any problems with it thus far. I was looking for a laptop that I could use for work and it runs very smoothly, with absolutely no stuttering whatsoever. I mentioned above that Windows 8.1 is a pro because it is faster than Windows 7 and its experience is drastically changed if you install a start menu such as StartIsBack or Start8. It's well worth the $3-$5 price tag, and it's basically Windows 7 2.0. Don't let the fact that this laptop comes with Windows 8.1 keep you from buying it! All-in-all, this is a very solid laptop and perfect for every day use.

Cons: -Lenovo is a Chinese company; even a quick glance at search engine results shows China is one of the least electronically-secure places. Plus, just as a practical matter, it's magnitudes more difficult to get service from an overseas manufacturer than it would be in the U.S. -Overall build quality lacking, but sufficient -Low quality speakers -Screen is 1366x768 -Arrived with DVD drive loose, not sure if that's manufacturer's fault or not -Windows 8.1...oh the humanity. Save your sanity and get something like Classic Shell to restore the old Start Menu. 8.1 is simply awful (yet W8 is even worse, if you can believe it). -UPS will leave this on your porch, even if the neighborhood is bad. Be ready to receive it.

Overall Review: This laptop's for the type of person that's looking for basic but powerful functionality without all the flash. It can reasonably handle pretty much anything you throw at it.

Cons: Not a gaming machine Screen is so-so Only comes with one stick of ram

Overall Review: This laptop is pretty good. I actually highly recommend it if you just need a cheap laptop that's fairly snappy with decent battery life. It just doesn't play games very well. The Intel Hd 4600 is not a bad integrated GPU. My i5 4670k in my desktop has it and it runs games rather well which is why I bought this expecting a decent budget gaming machine. The problem is that the i5 4200m has only 3MB of L3 cache, half of what the i5 4670k has and the integrated graphics suffer because of it. The laptop also only comes with one stick of ram which hurts the performance even more. Dual channel memory would give it a good 25% boost in gaming in general. That still wouldn't make many of my games playable. I tested "rust" and it only ran at 12fps on minimum settings @768p. Grid 2, an intel optimized game, ran at the same fps on the same settings. Fallout new vegas ran at about 30fps on Medium settings @768p. My 4670k, with it's superior L3 cache and dual channel memory performed more than twice as well. When you see benchmarks for the HD 4600 done with a desktop i7 with 8 MB of L3 cache, remember that you won't see anywhere near those numbers on a notebook i5. If you want a gaming machine, look elsewhere.