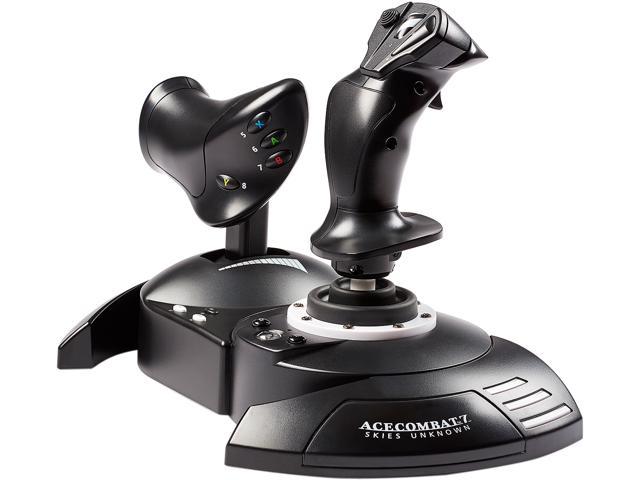 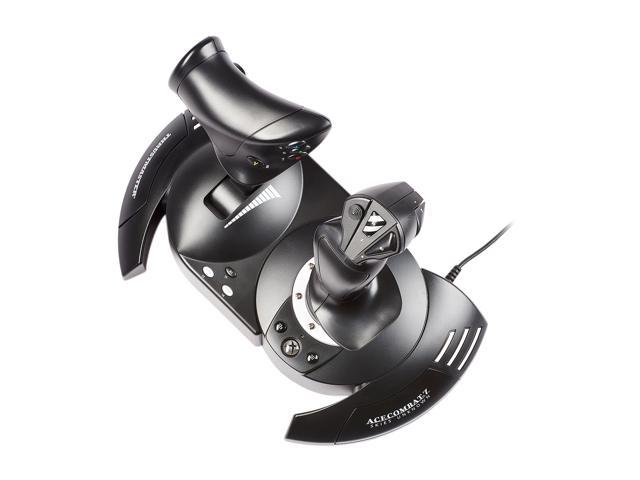 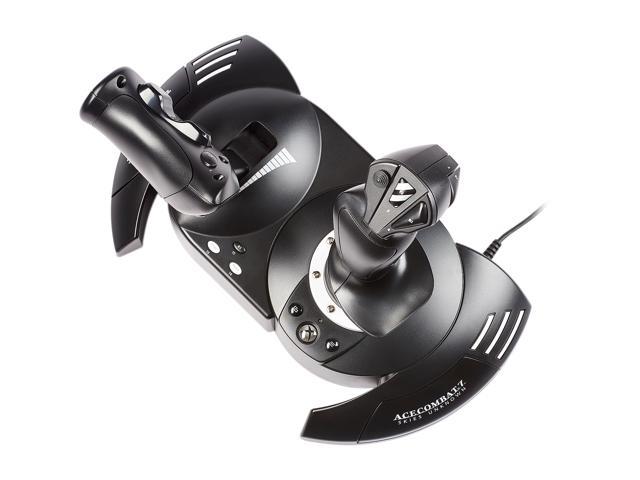 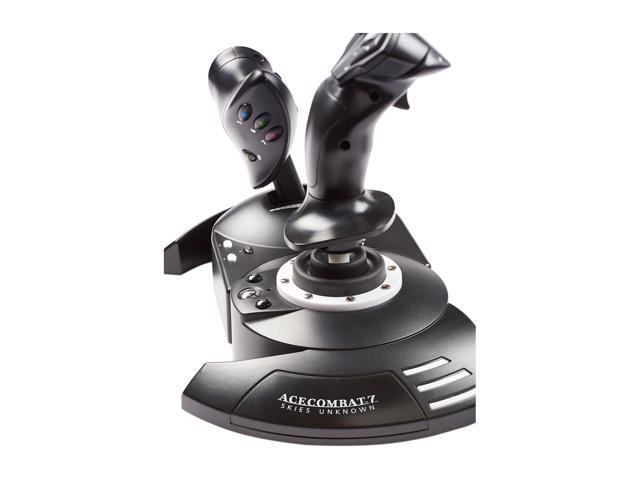 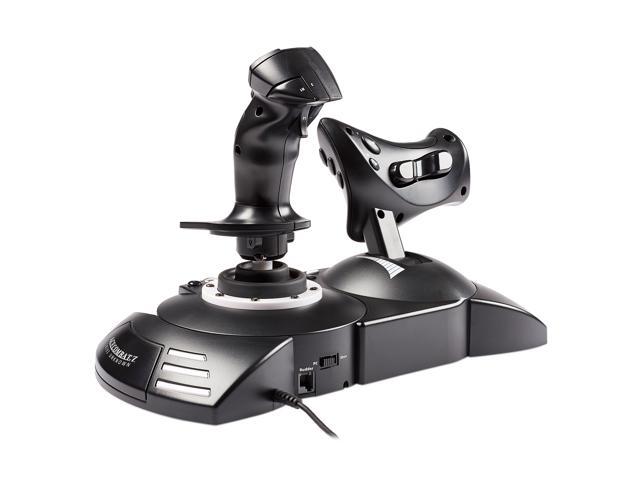 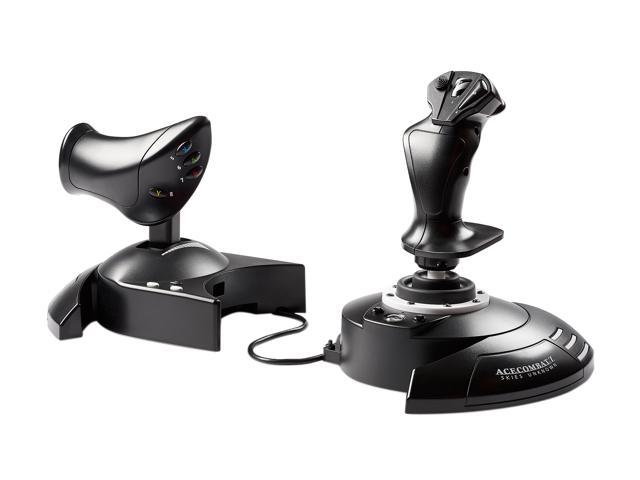 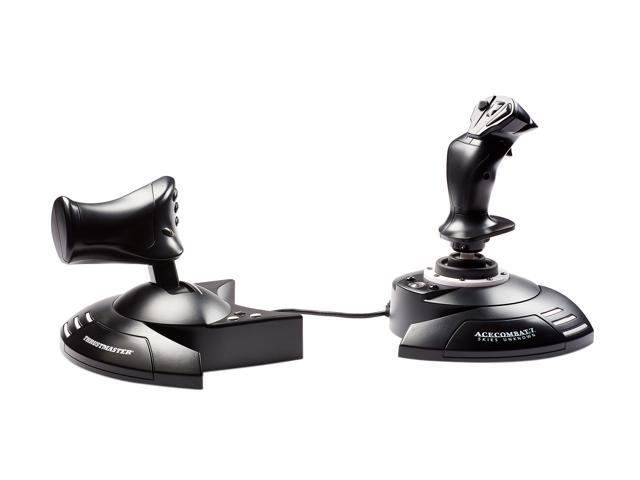 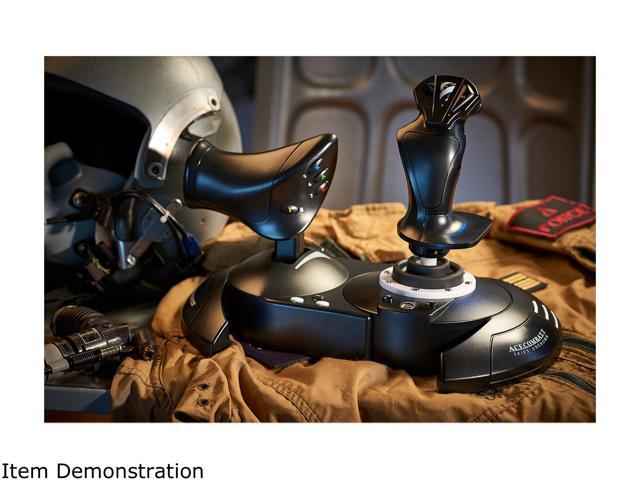 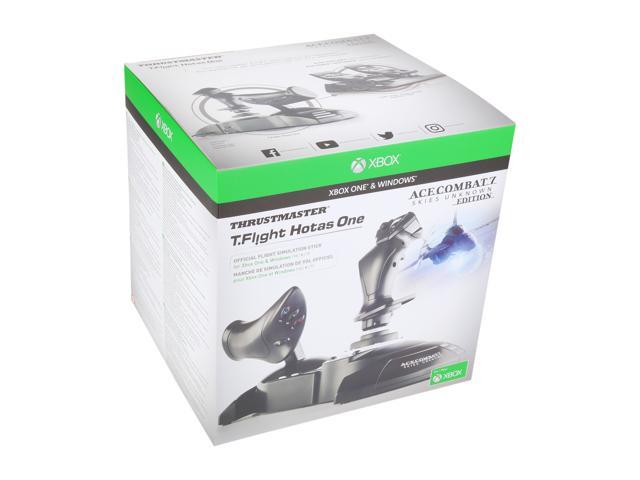 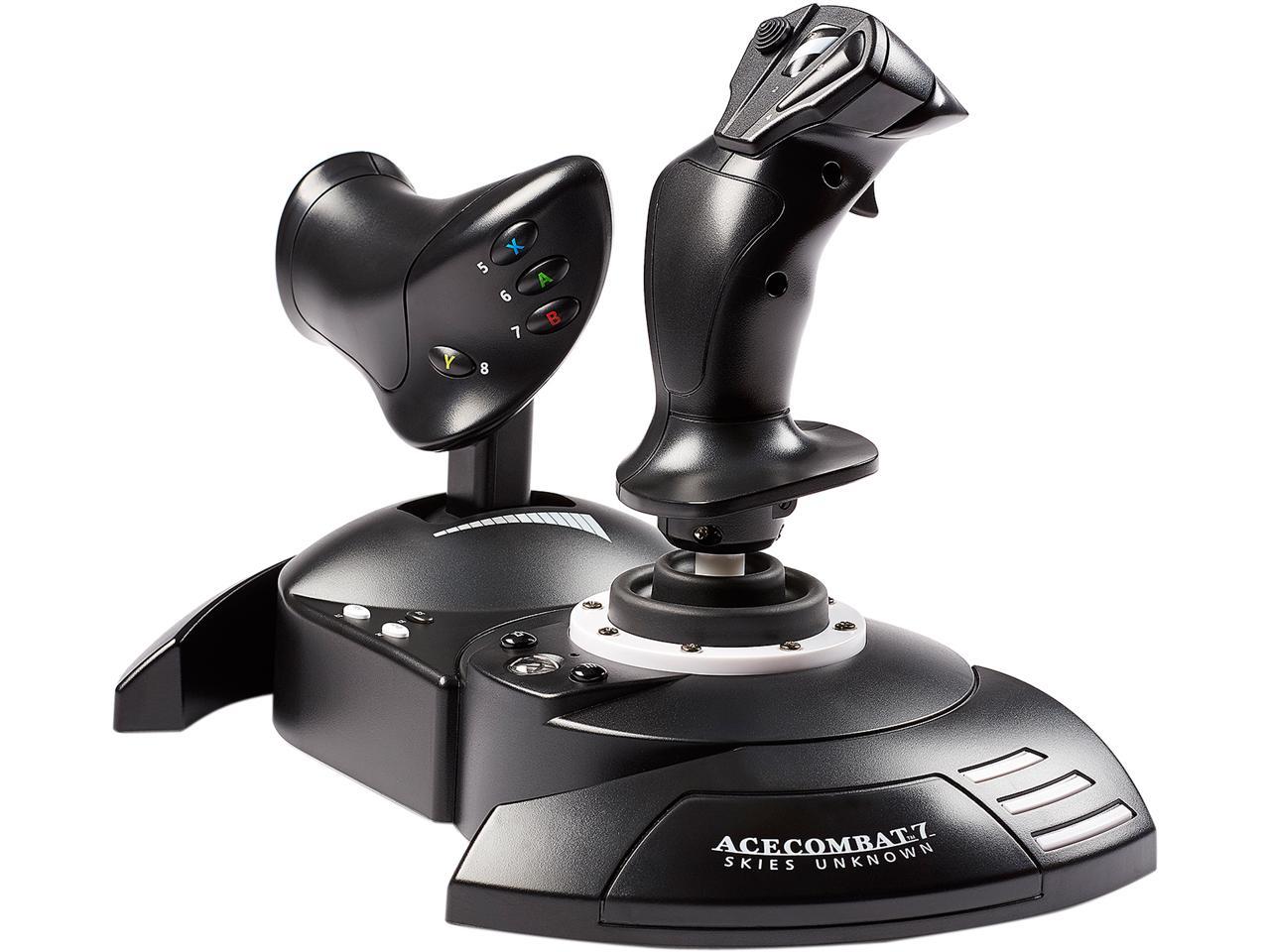 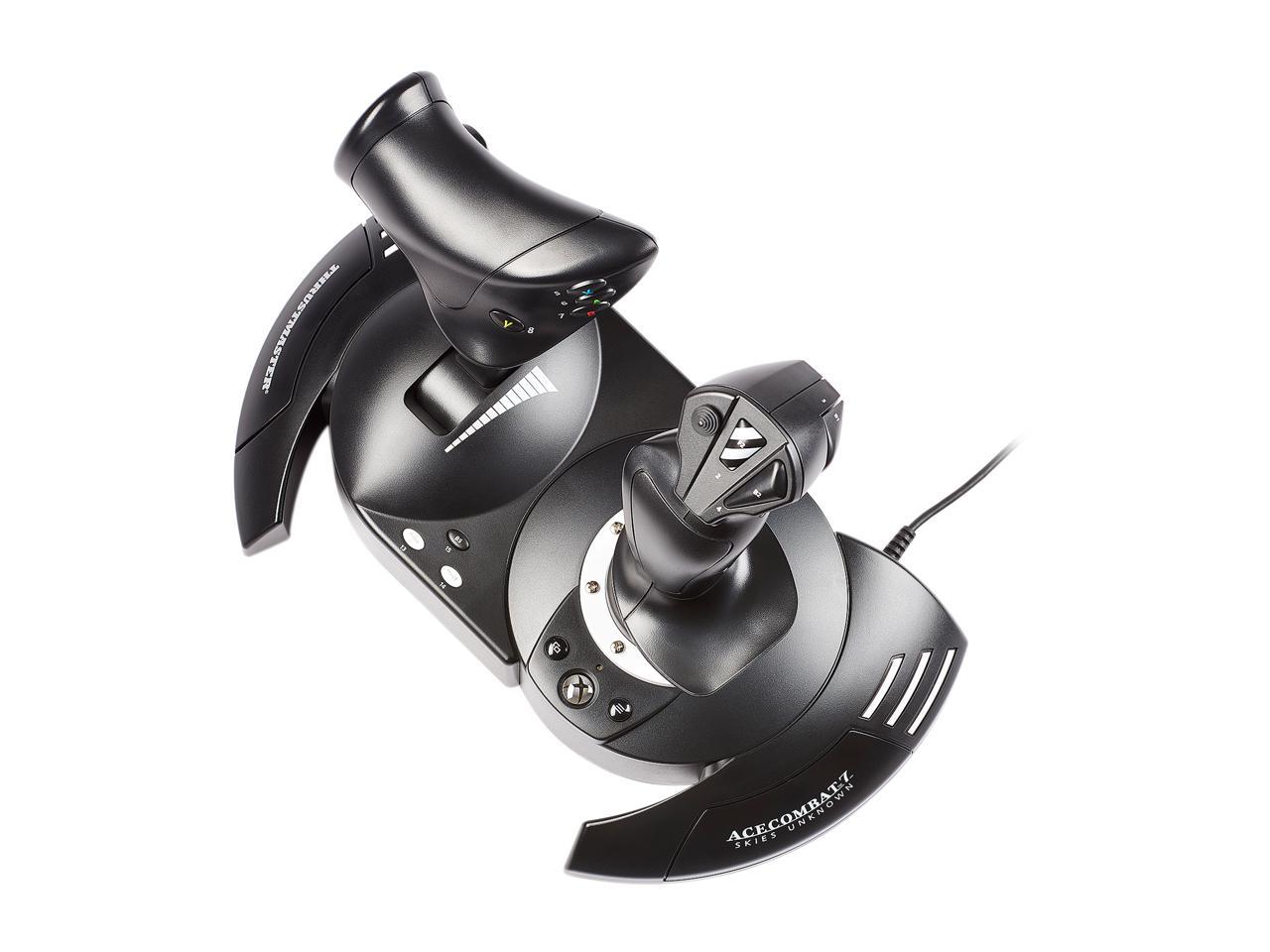 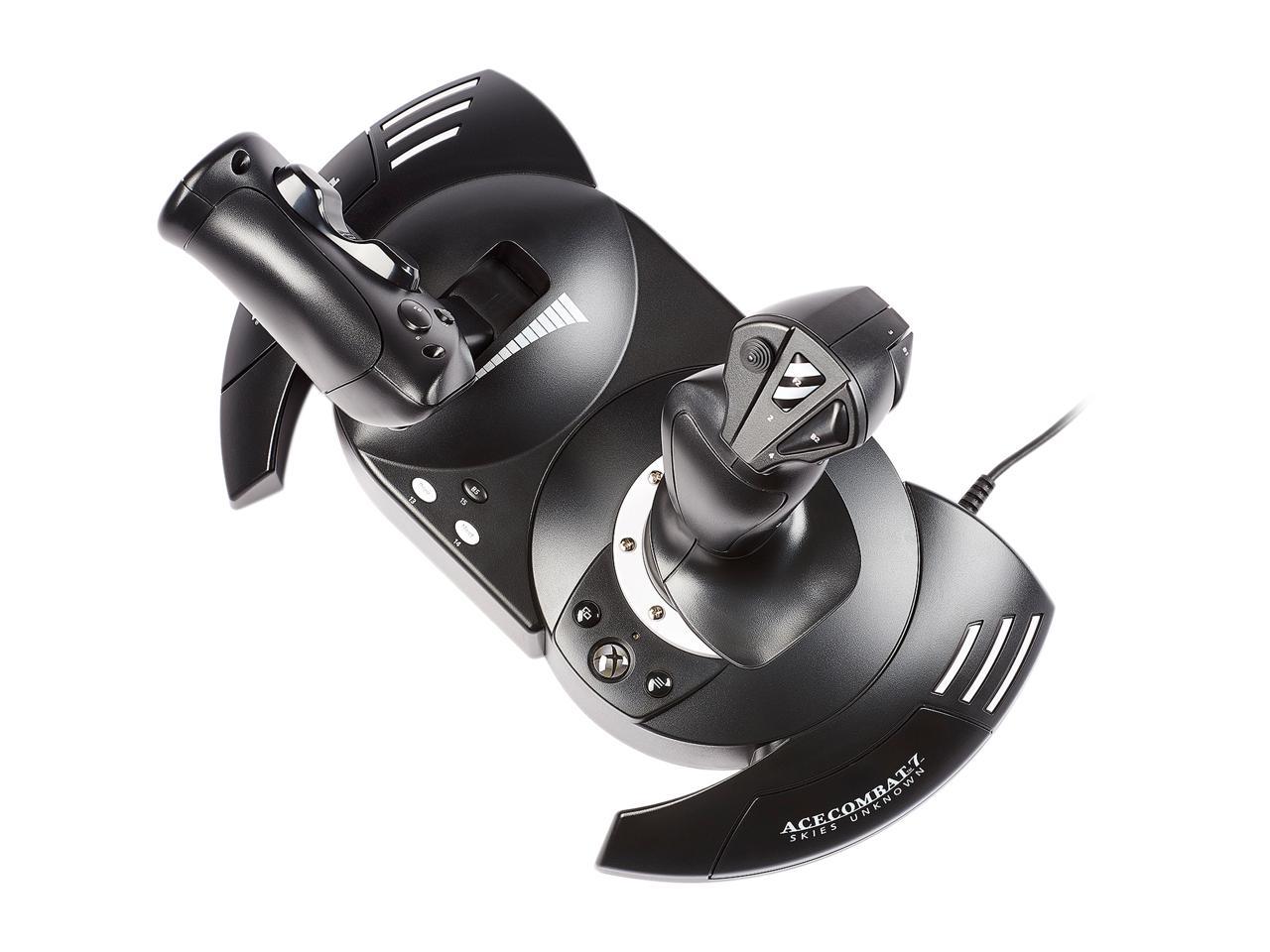 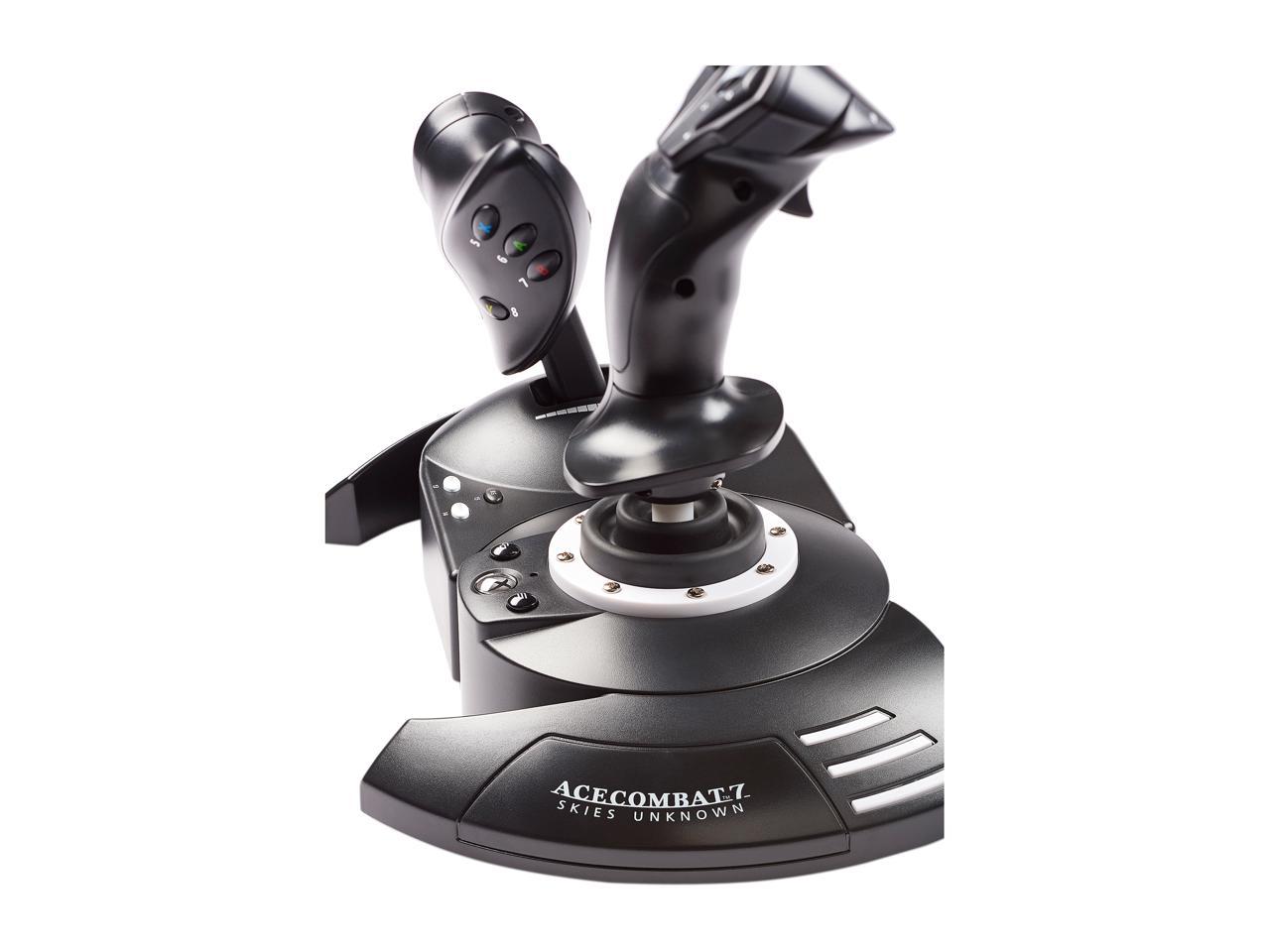 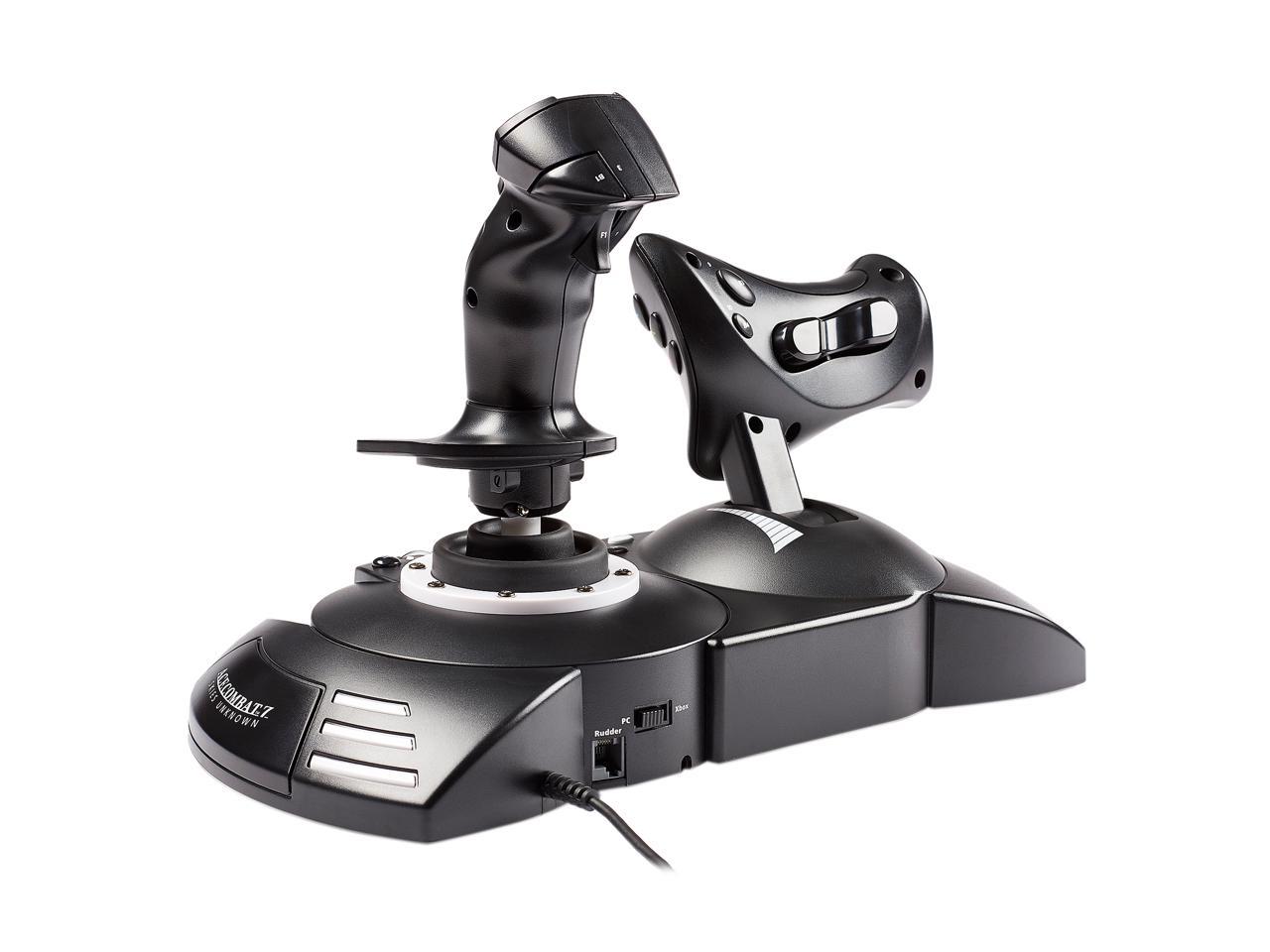 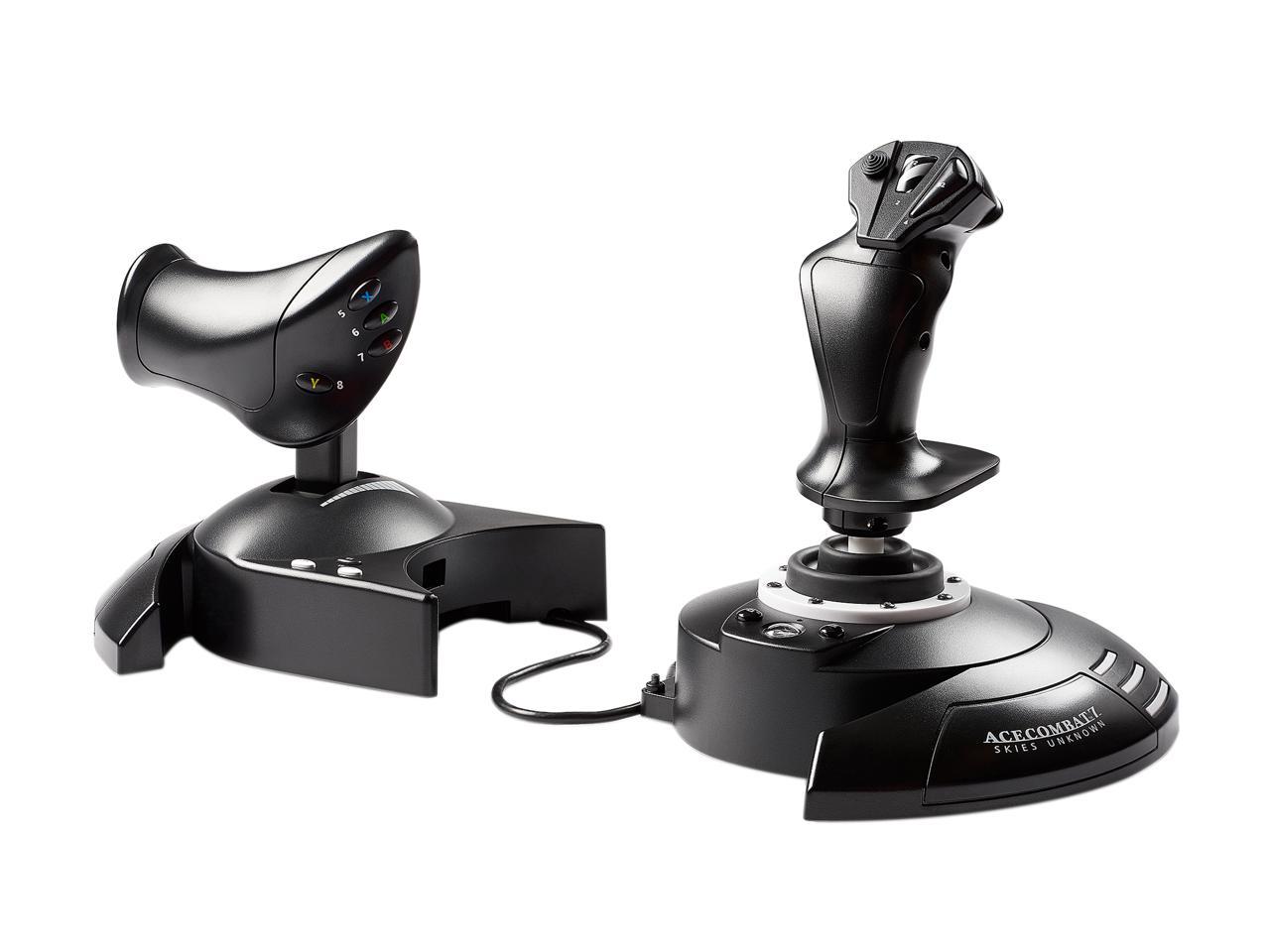 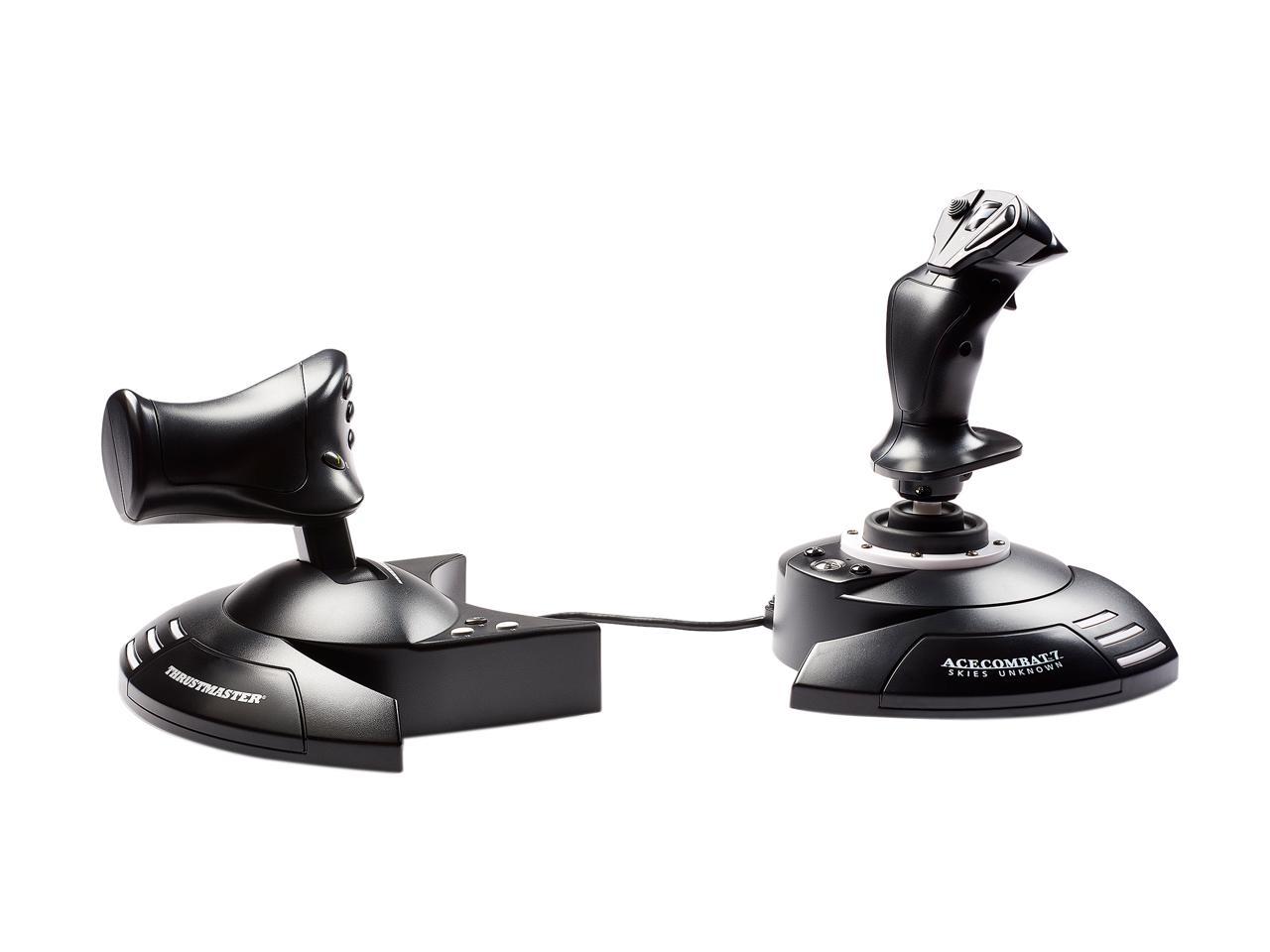 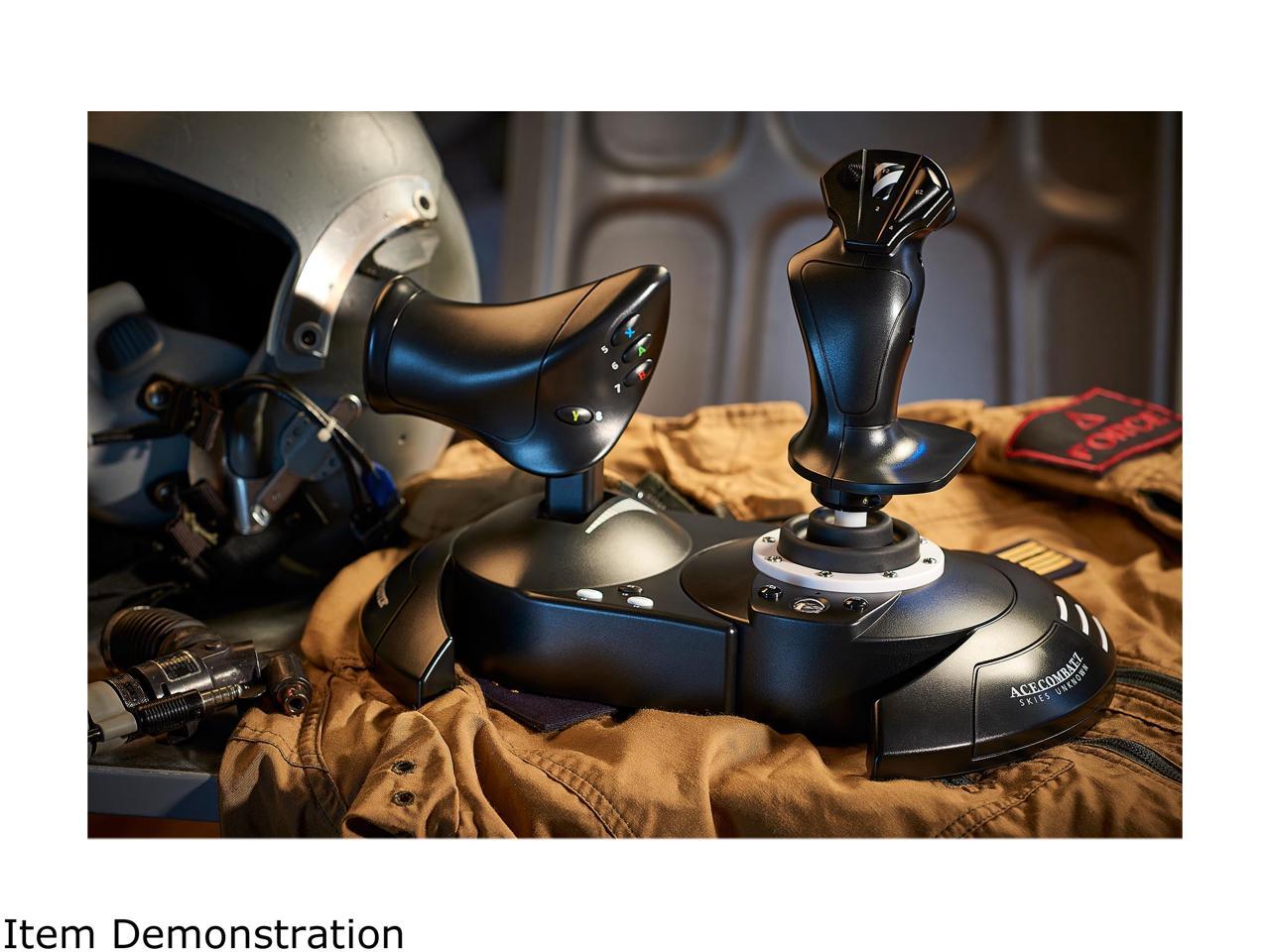 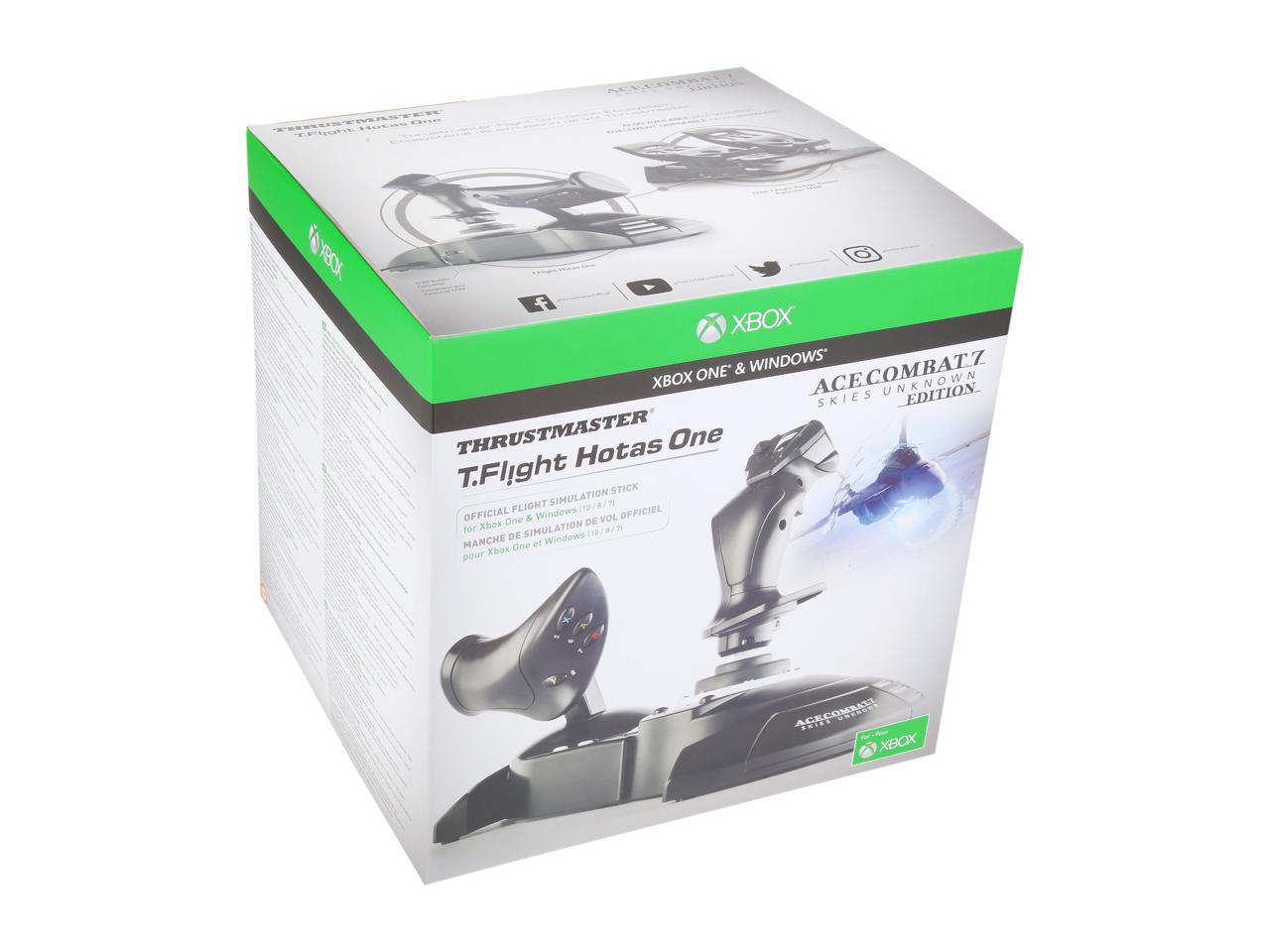 The Thrustmaster T.Flight Hotas Ace Combat 7 Limited Edition joystick comes with rudder twist, a feature that’s present on the joystick itself and lets you integrate the pedal set. The throttle is detachable to adapt to all playing-styles and locations. The T.Flight Hotas 4 Ace Combat 7 Limited Edition joystick is realistic, dynamic and affordable. It provides comfort, fighting instincts, and piloting sensitivity during gameplay for a realistic experience with unequaled precision.

The joystick creates an entirely new gaming experience for Ace Combat 7 by providing seamless integration on PC and Xbox One. The joystick features a full-size throttle that can be used to easily control your aircraft's acceleration.
The detachable throttle can be configured in two ways:

- Detached from the joystick to recreate authentic cockpit conditions
- Attached to the joystick, for stability and space saving The joystick has a rudder feature that corresponds to the pedals used to maneuver the aircraft laterally, pivoting it on the vertical axis, and moving it left or right. This rudder function can be operated by turning the handle (with the built-in locking system) or with the progressive toggle switch. Learn more about the Thrustmaster 4460153

Pros: Cheap, looks alright, and has mediocre build quality for the price

Cons: I've gone through two of these sticks already. I had thrustmaster send me a second one, however they both have the same problem. Buttons feel really lame, and the numerous problems I've had with the joystick AND yoke on the throttle prevent me from leaving a good review

Overall Review: This joystick and throttle served me well for the first few weeks. After 2 weeks of owning my first joystick, the joystick started giving bad input( I describe it as drifting, I wouldn't touch the stick and it would input as if I was rolling to the right. Second joystick came after some back and forth with support. However, this time it's the yoke on the throttle that is giving bad input. Overall, I'm fairly disappointed. Hopefully not many others have had the problems I have