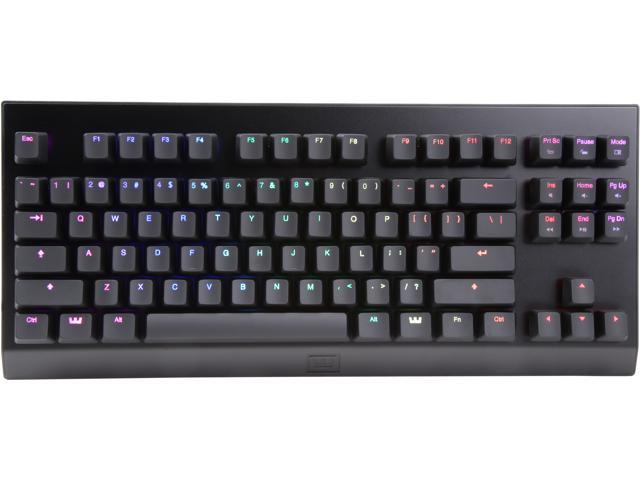 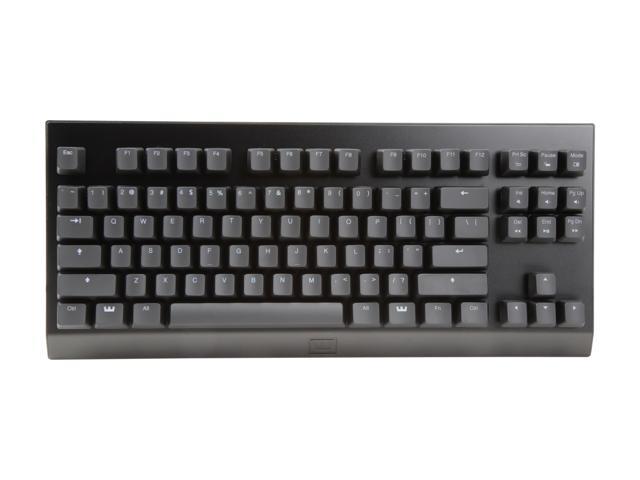 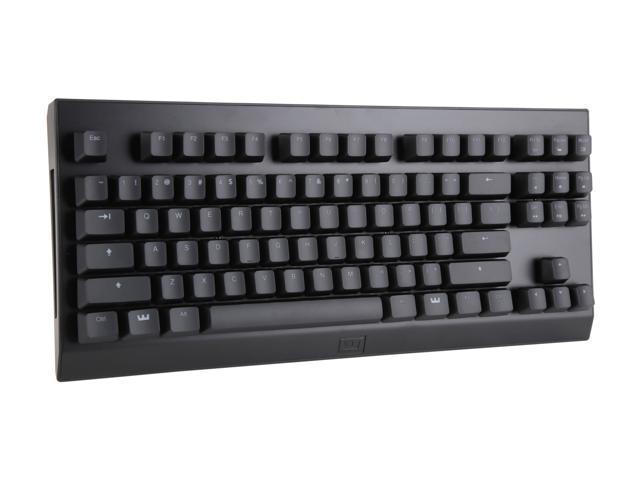 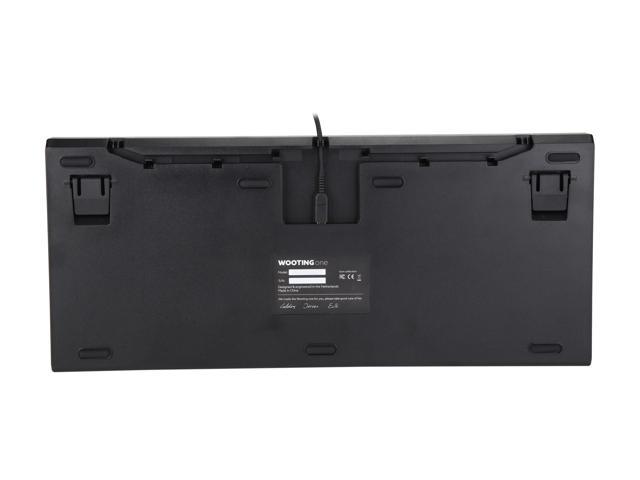 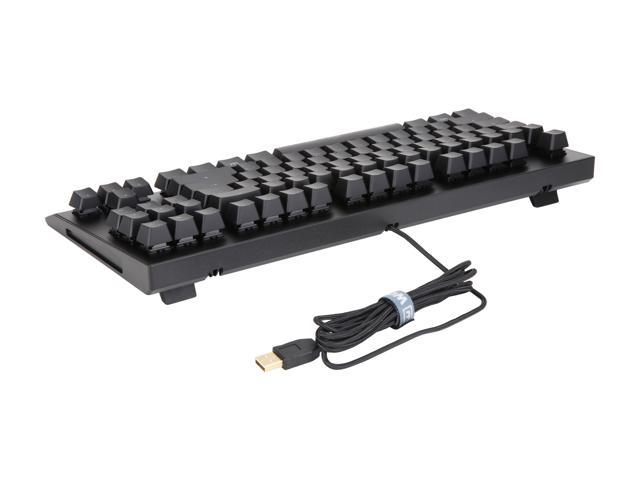 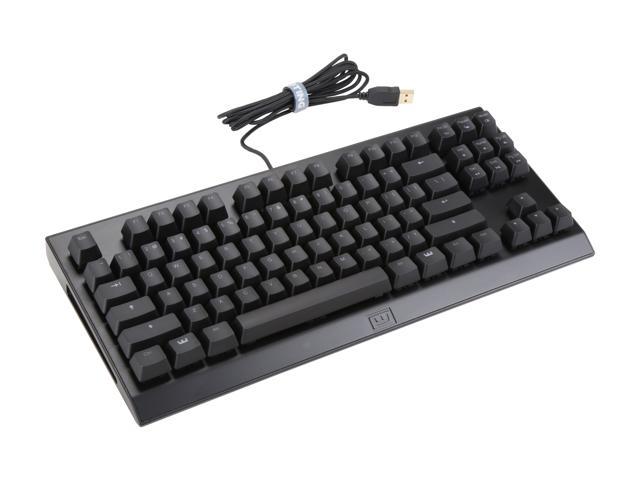 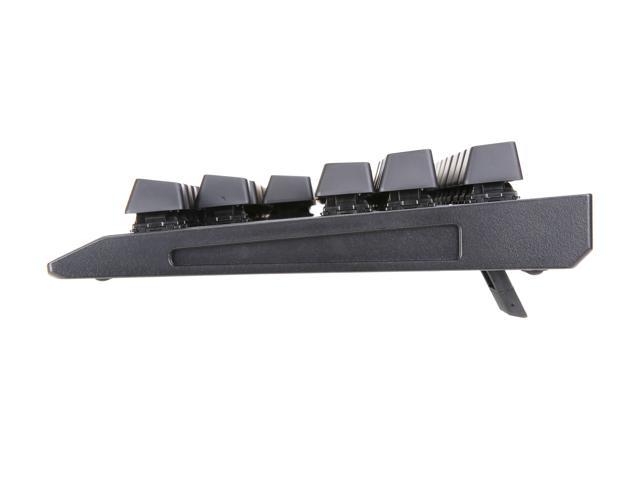 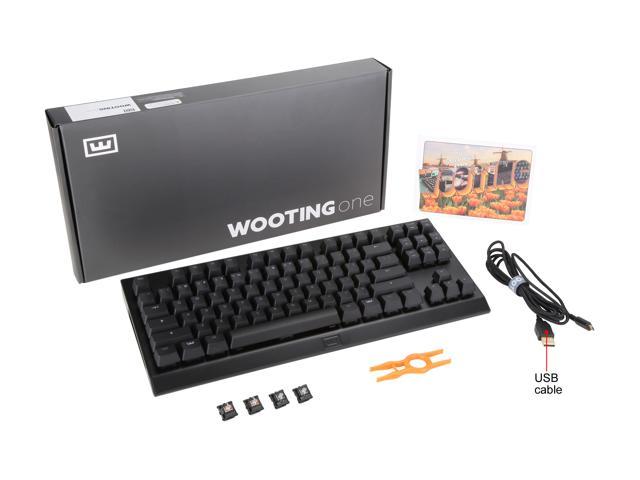 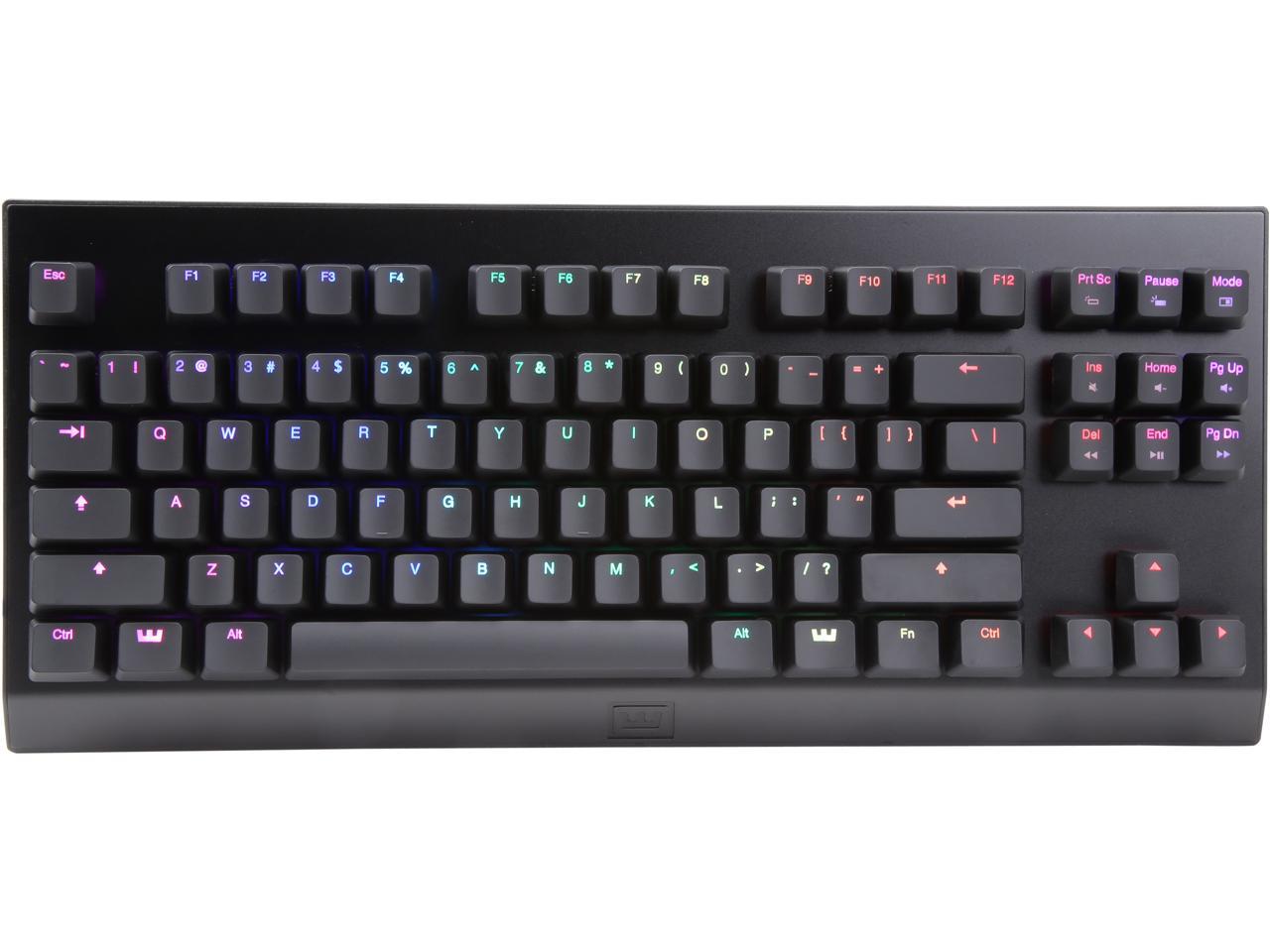 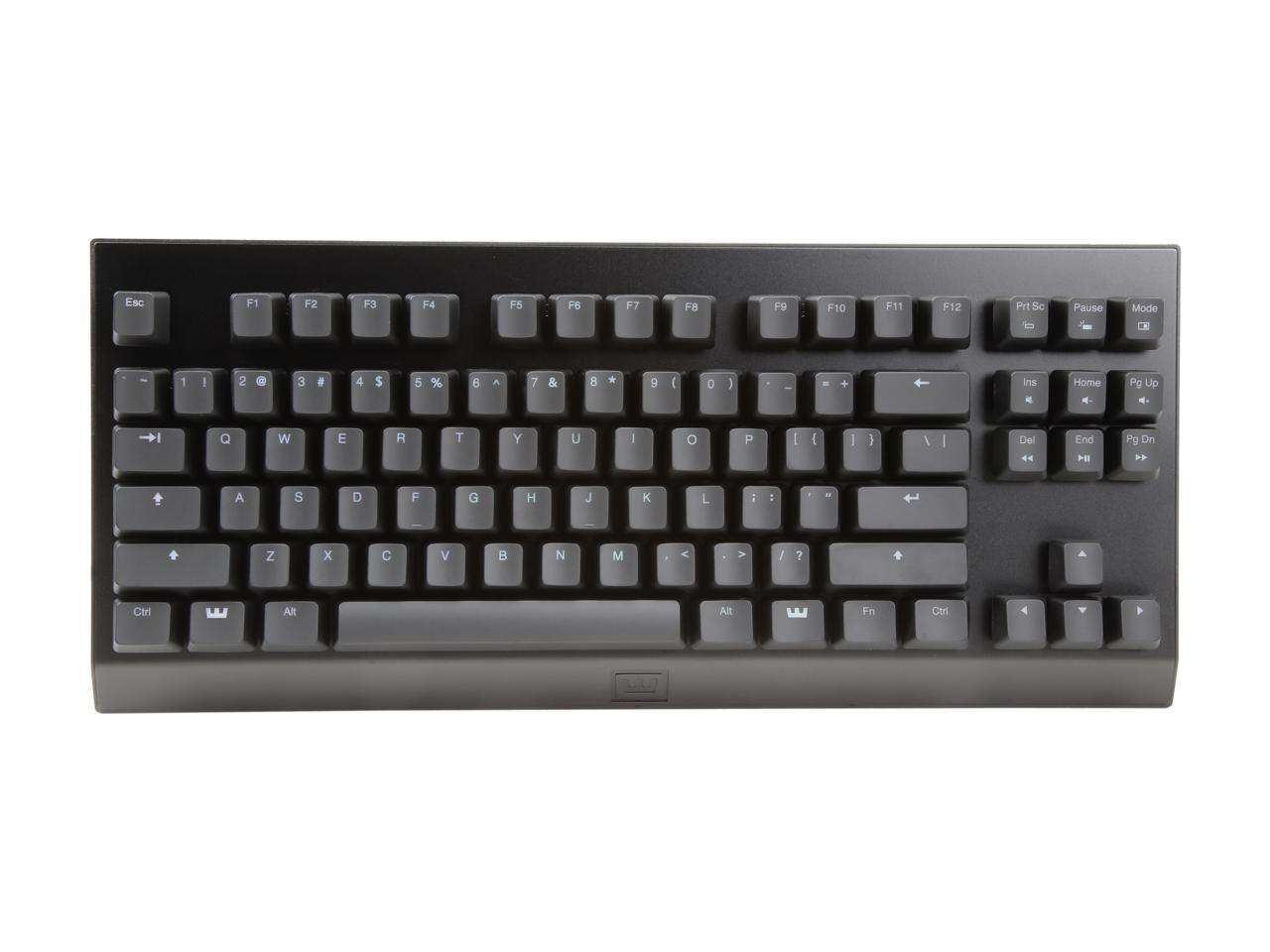 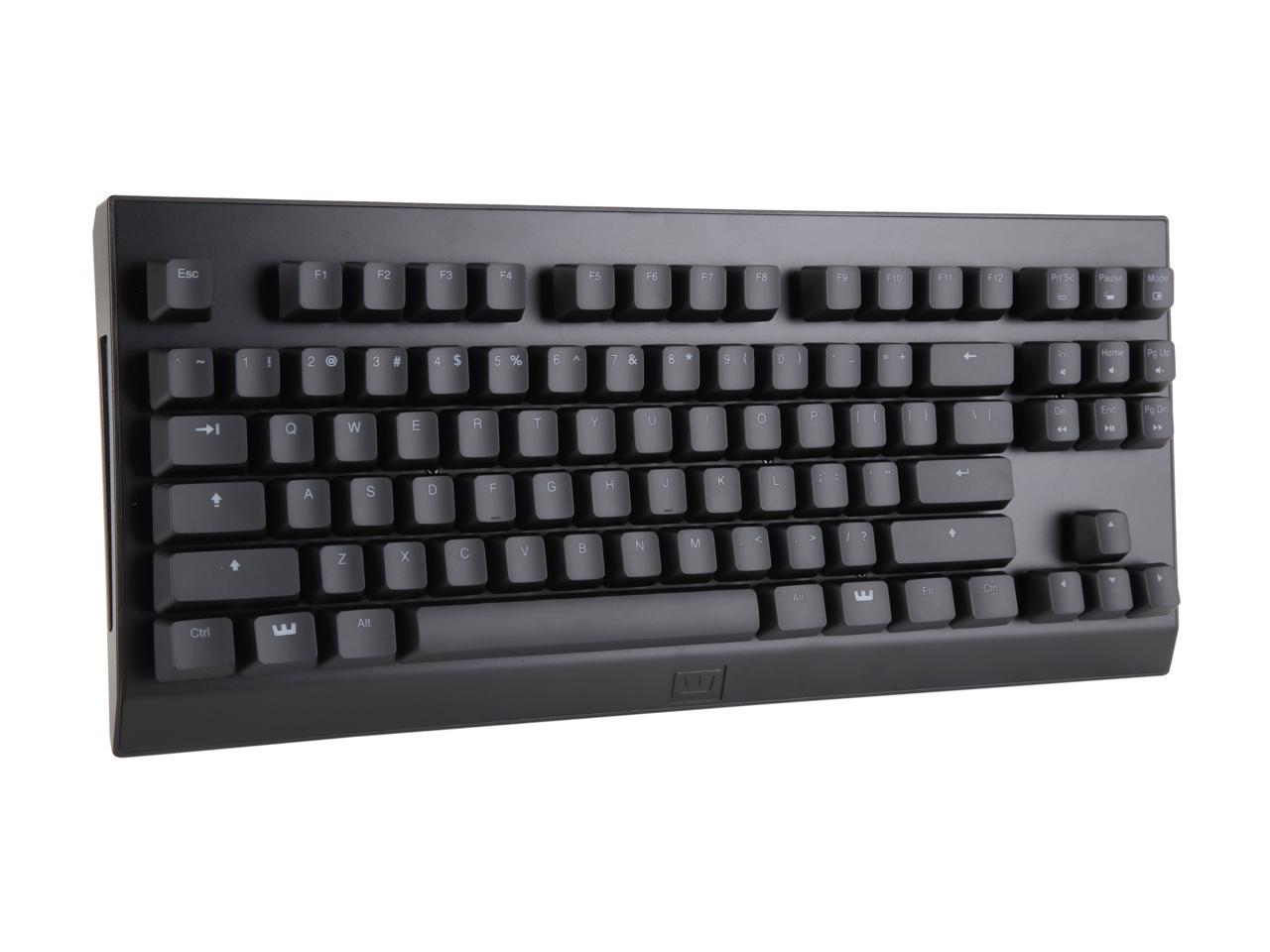 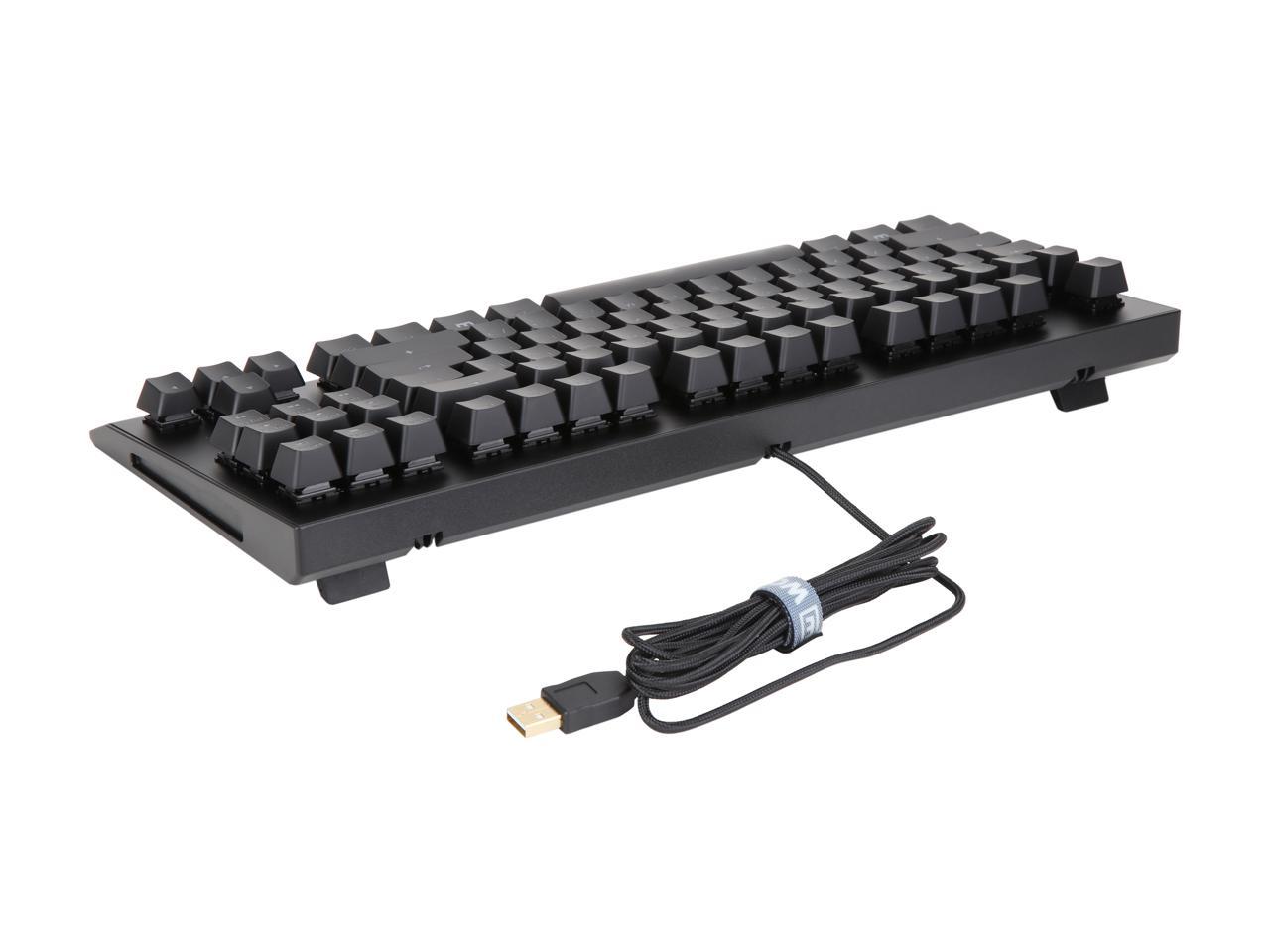 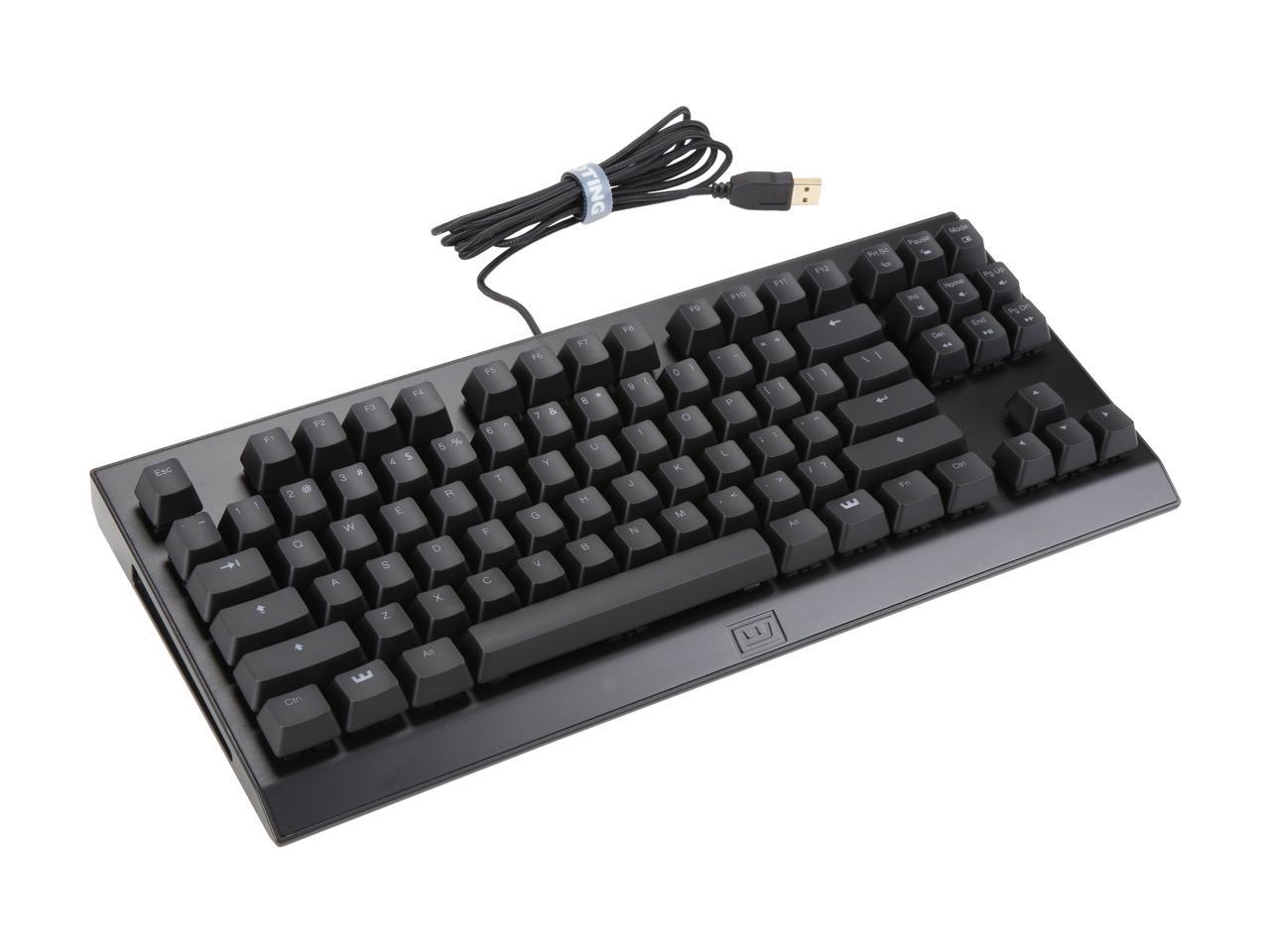 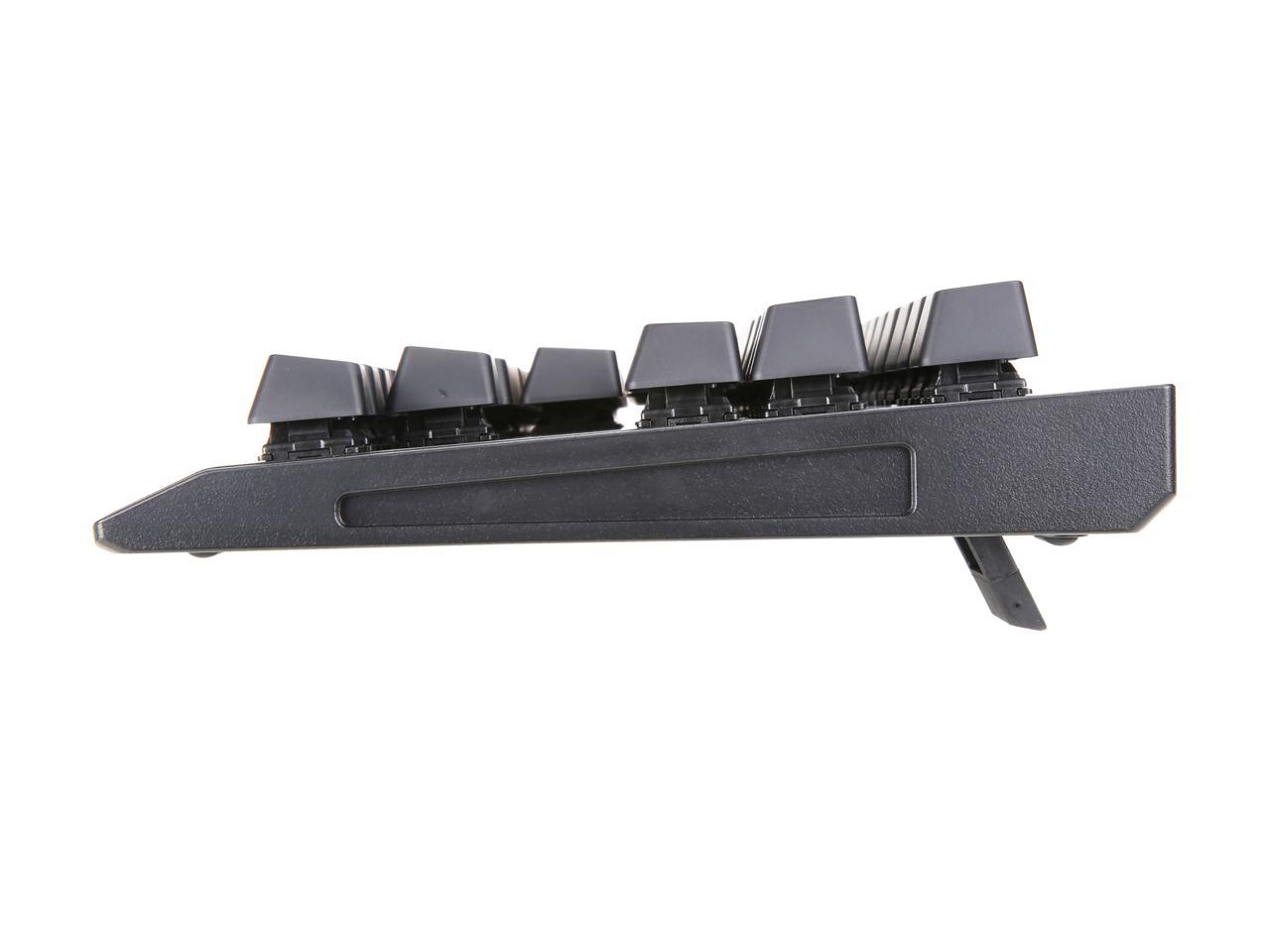 (5) Write a Review
See more "wooting one"
OUT OF STOCK.
Overview
Specs
Reviews

Learn more about the One

Pros: The Wooting one keyboard brings the PC gaming world into the modern gaming era with their ten key less (omits the numpad) analog mechanical keyboard. A standard mechanical keyboard switch registers a keypress when the key crosses a horizontal beam of light in the keyboard. As an analog keyboard, the Wooting one’s keys are pressure sensitive, instead of reading a keypress as 0% to 100% with no middle ground like a standard keyboard, the Wooting one can read everything in between the values of 0-100%, all the while the still boasting a max of 1ms input lag. Outside of gaming this function won’t be felt in your day to day use of the computer, but for games you will feel its impact immediately. When you get your hands on the Wooting one you’ll notice its light yet incredibly sturdy, the keyboard is plated in an aluminum top with a solid plastic back. The matte finish on the keys (rather than a gloss finish) gives it a clean, minimalistic look to the keyboard, removing much of the visual noise that other keyboards have. It features RGB lighting and can customize through their Wootility app, letting you customize any and every single key into your favorite color or adding effects to the keyboard such as a wave, AOE, ripple, and many more along with different light patterns of your choosing. The Wooting one comes with the option of Red or Blue switches and have the added ability to hot swap any keys with another switch, as long as they are compatible with theFlaretech switches. As a keyboard it functions and feels like a mechanical keyboard with many modular perks, but since the keyboard is marketed as an immersive experience for gaming that’s where it truly shines. For FPS and racing I feel a deep sense of immersion with complete control over my character. For example in PUBG my movement is more refined, allowing my character to slowly crouch walk or peek at certain degrees that are not available for normal keyboard and mouse users. Driving games such as Rocket League also highlight this feeling as you can accelerate at speeds you want to go, rather than feel trapped at a set speed. The MOBA genre, Fortnite, and Magicka offered an interesting way to test one of the Wooting one’s more interesting feature the DKS (Double Keystroke), located in the Wootility app. The DKS allows you to bind multiple keystrokes in one key depending on how far you press the key, acting very similarly to a macro. For example in League of Legends a normal cast requires you to press the key (which shows your range indicator) then click on the mouse in order for the ability to be cast, however with DKS you can bind this ability into one key by pressing the Q key halfway which shows your range indicator and then press the Q key all the way to cast the ability. While it does take some work on your end to get this working, this is a really great option if you play the MOBA genre or even Fortnite, as you can map several actions into one key, reducing your actions per minute and saving you time and energy.

Cons: I tested the Wooting one with Overwatch, PlayerUnknown’s Battlegrounds, Call of Duty: Black Ops 4, Fortnite, League of Legends, Heroes of the Storm, Rocket League and Magicka, for the most part the Wooting one works incredibly well enabling the analog control PC gaming has sorely been missing, yet there are have been a few bumps in certain games, not due to the Wooting one, but the lack of support from the games themselves. In order to activate the analog keyboard for some games I had to remove the keybindings in-game such as the WASD keys, enabling the game to then read my WASD keys as if being used by a gamepad. From the four shooters I’ve played only Call of Duty: Black Ops 4 and Overwatch struggled with the analog keyboard. In CoD I encountered constant movement stuttering as it continued switching between keyboard and gamepad controls, while in Overwatch there was an issue with the UI constantly switching between gamepad and keyboard icons (while not a gameplay issue it was more of an eyesore).

Overall Review: The Wooting one is an impressive device that brings analog controls to the PC gaming world and is certainly the next evolution of keyboard and mouse gaming. Many of its features require you to download their Wootility app which enable the customization of your RGB lighting, key actuation point, DKS, and so on. While some games faltered during my tests due to their incompatibility with this new technology, I was overjoyed by the amount of control I had over my character in compatible games. The Wooting one adds to the immersion of gaming by finally modernizing PC gaming to the level of control that console gaming has had for decades. I highly recommend the Wooting one to anyone that enjoys PC gaming.

Pros: actual analog functions, just like a controller but in a keyboard. i was a bit of a skeptic before, but after a few weeks with this getting used to the analog controls, using a normal keyboard to game just feels....just subpar and numb. Basically any driving game, simulator, FPS, anything that requires you to constantly modulate your input, this fits the bill.

Cons: finger print prone (but what keyboard isn't?) not much else,

Overall Review: yea i;d recommend to gaming enthusiasts. not really meant for office work or anything like that though. should've waited for the wooting two (i like the numpad)

Pros: Best keyboard I’ve had so far. It has a simplistic design, especially for gaming. Meanwhile, I can use it for school and work with no problem.

Cons: There is no number keypad, but not a big deal.

Overall Review: I would recommend it.

Overall Review: The analog feature does enhance gameplay for FPS.

Pros: The keyboard has two parts to it, the hardware (keyboard) and the software (wootility). The keyboard is very sturdy, light weight, and a good level of brightness to it. A huge plus is that the keyboard is Analog, meaning that in gaming creeping and slower but accurate movements are more available. The software, named wootility is easy to install. There are a lot of color modes to use and can customize how sensitive the keyboard can be for each game play.

Cons: No number keypad. Just a small con for me.