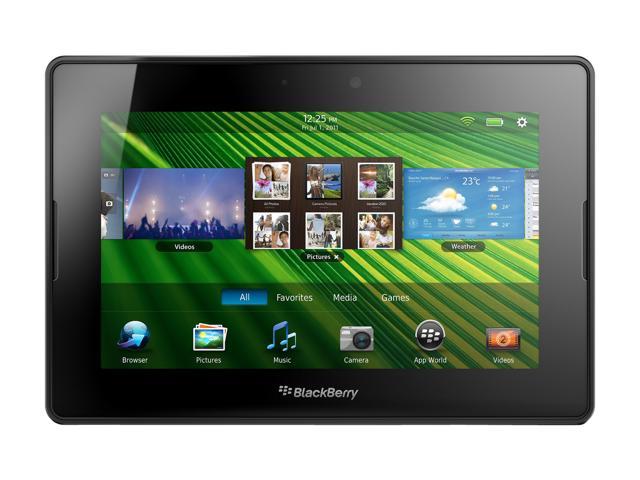 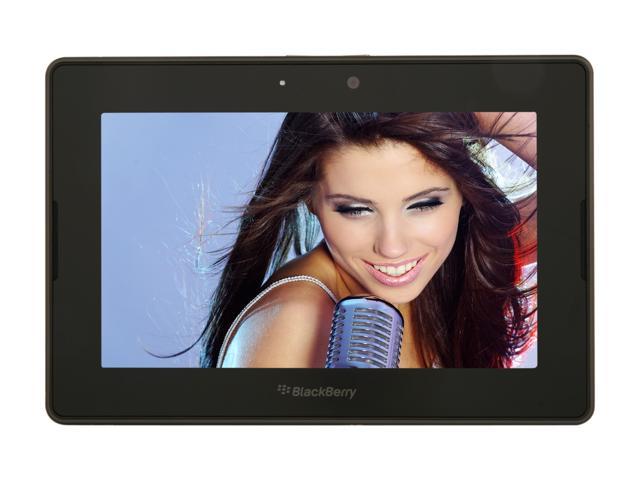 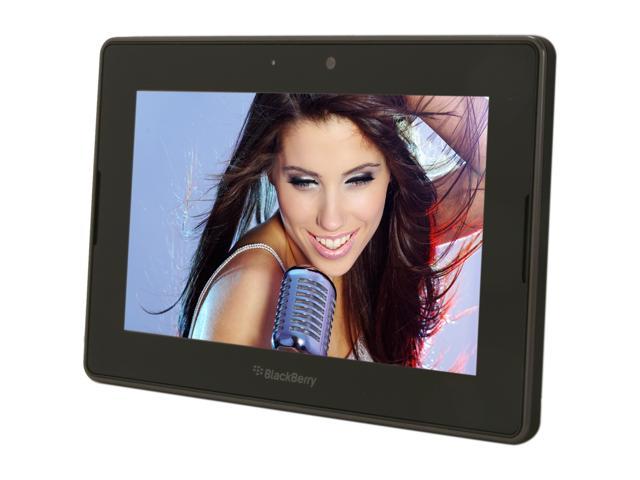 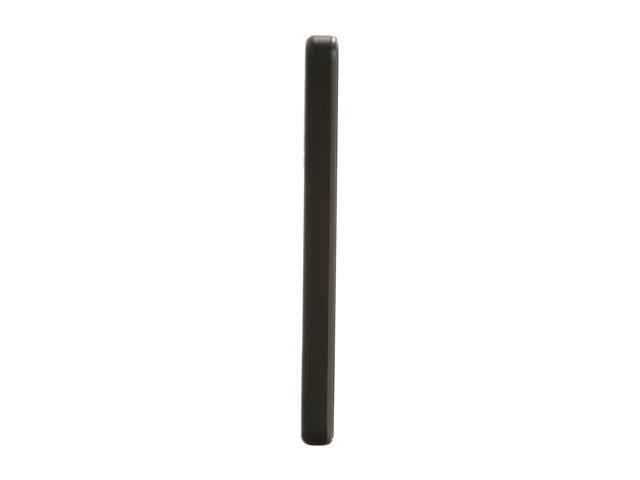 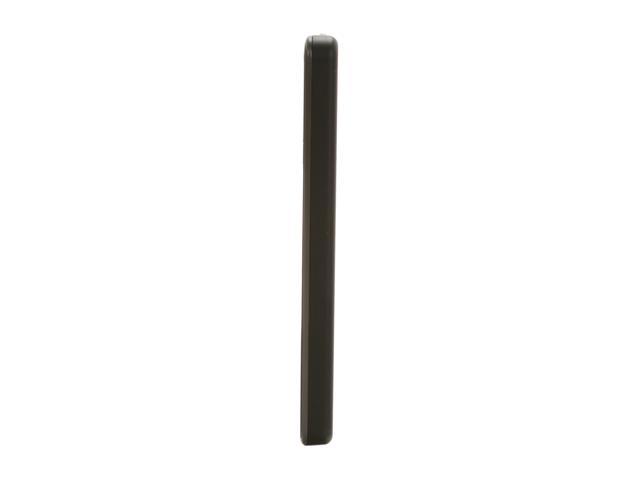 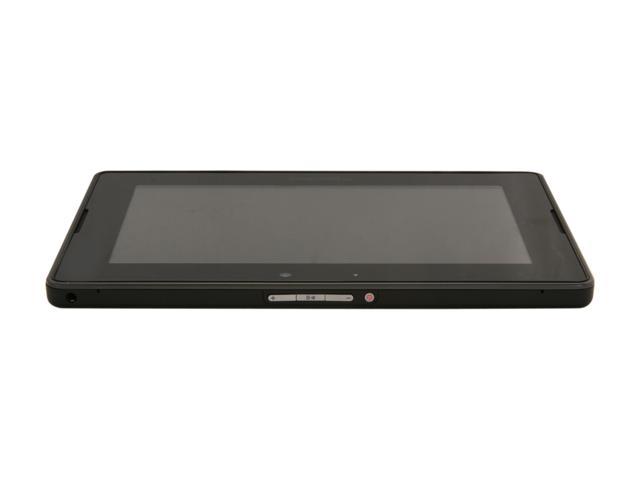 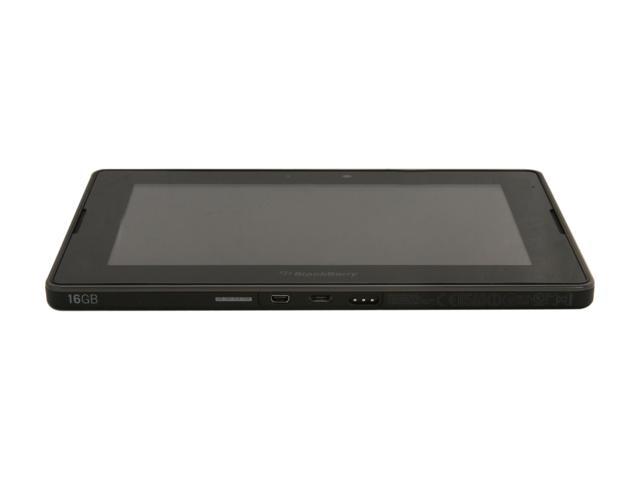 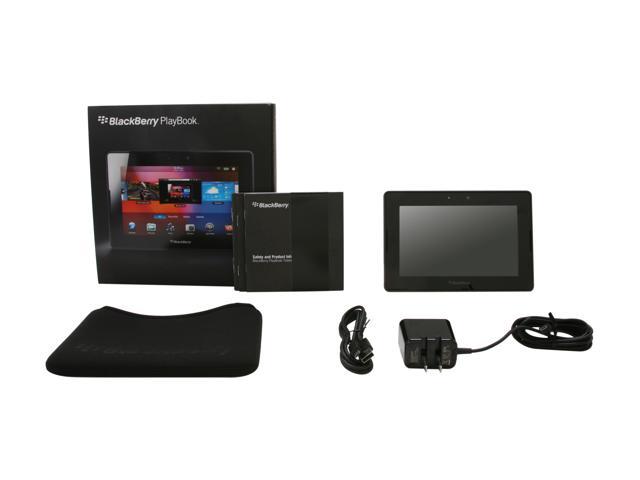 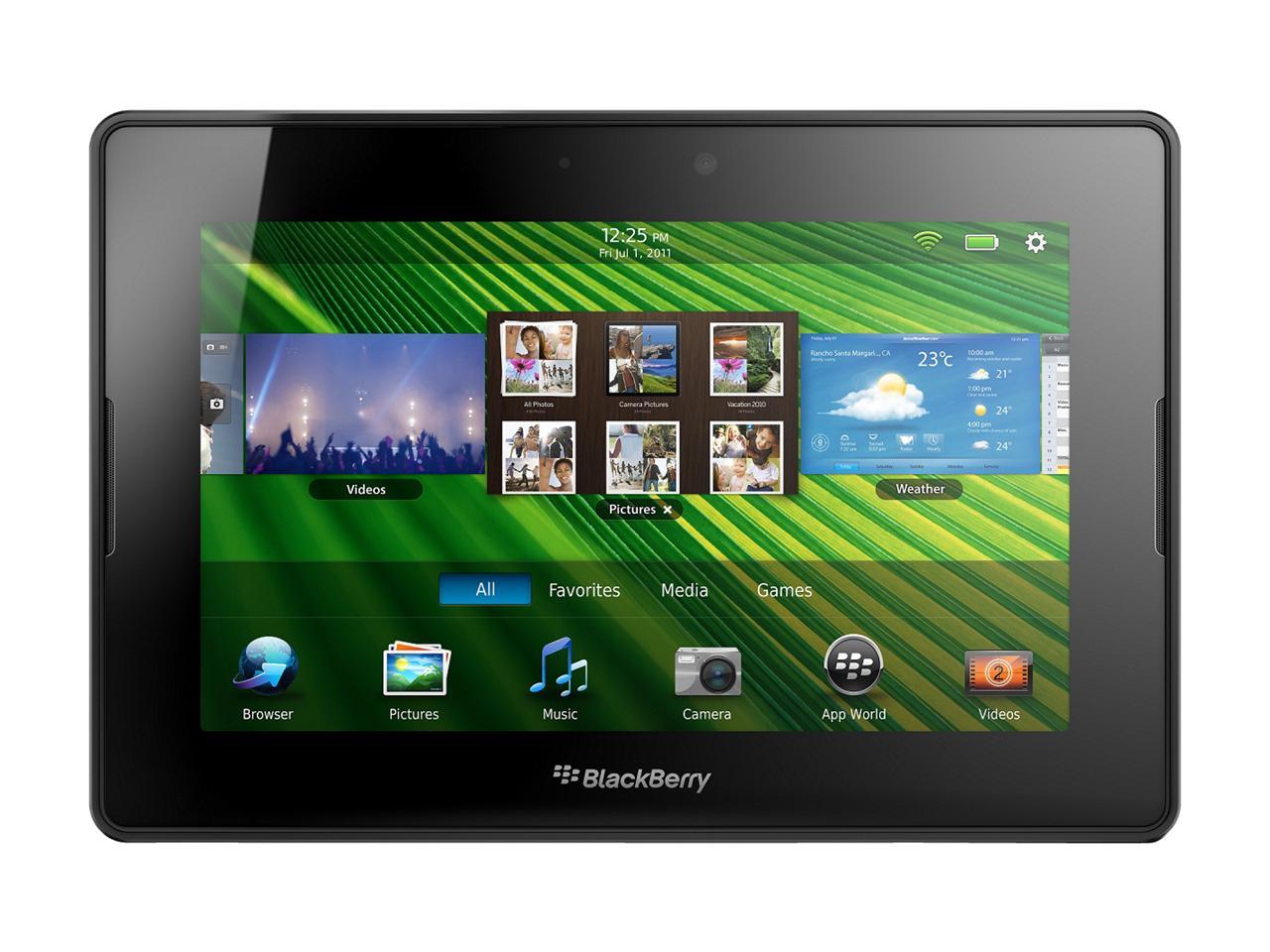 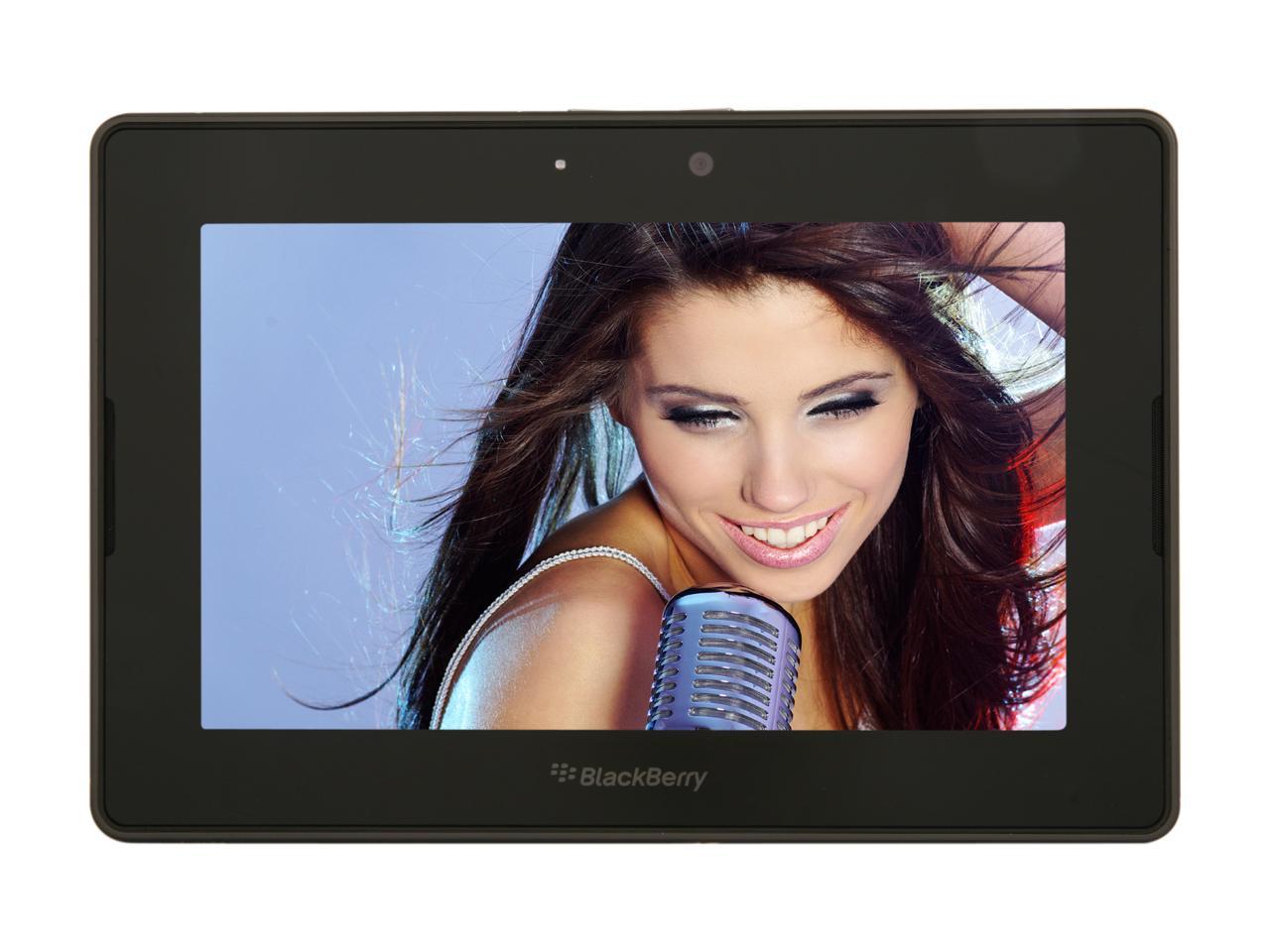 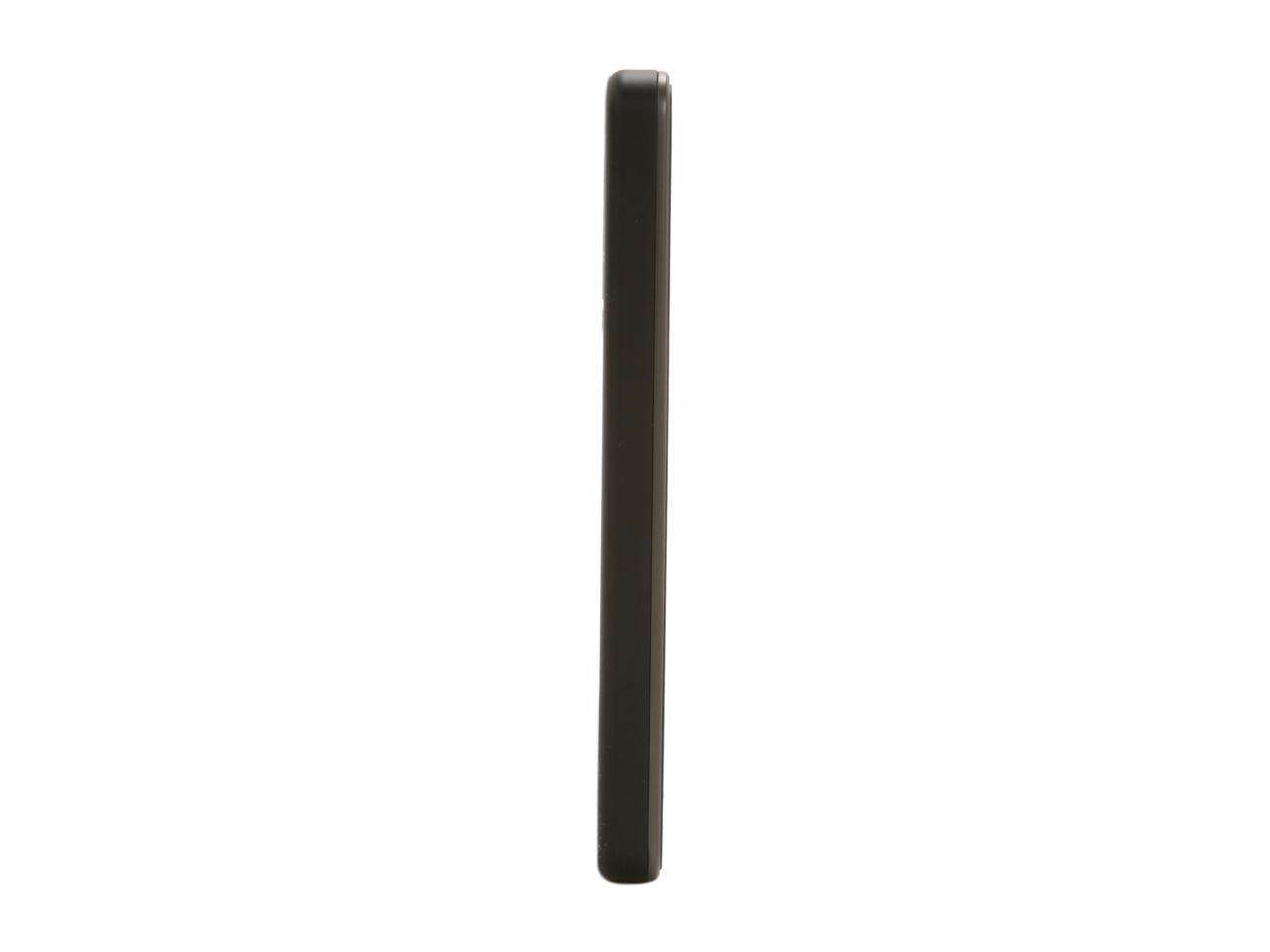 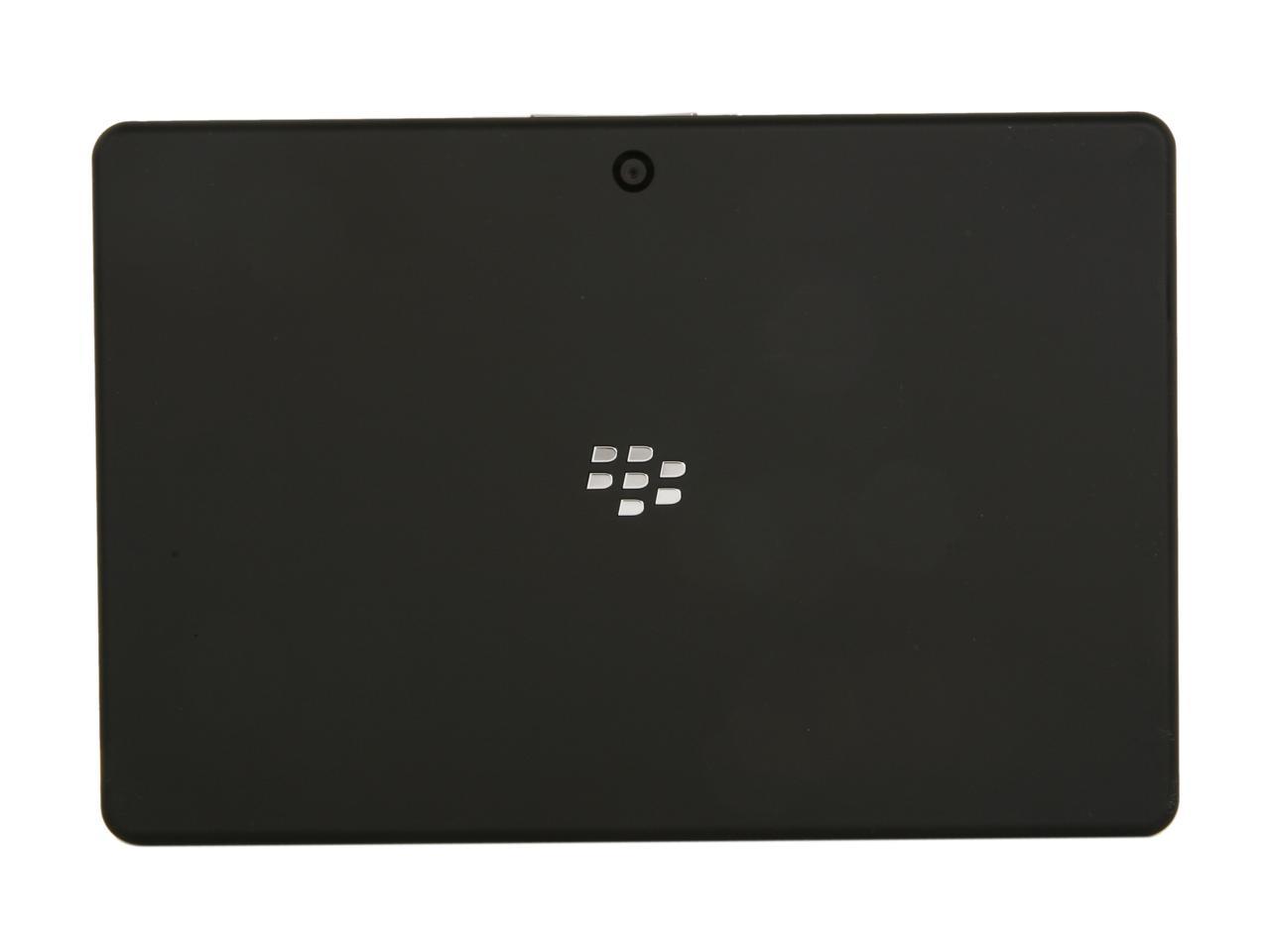 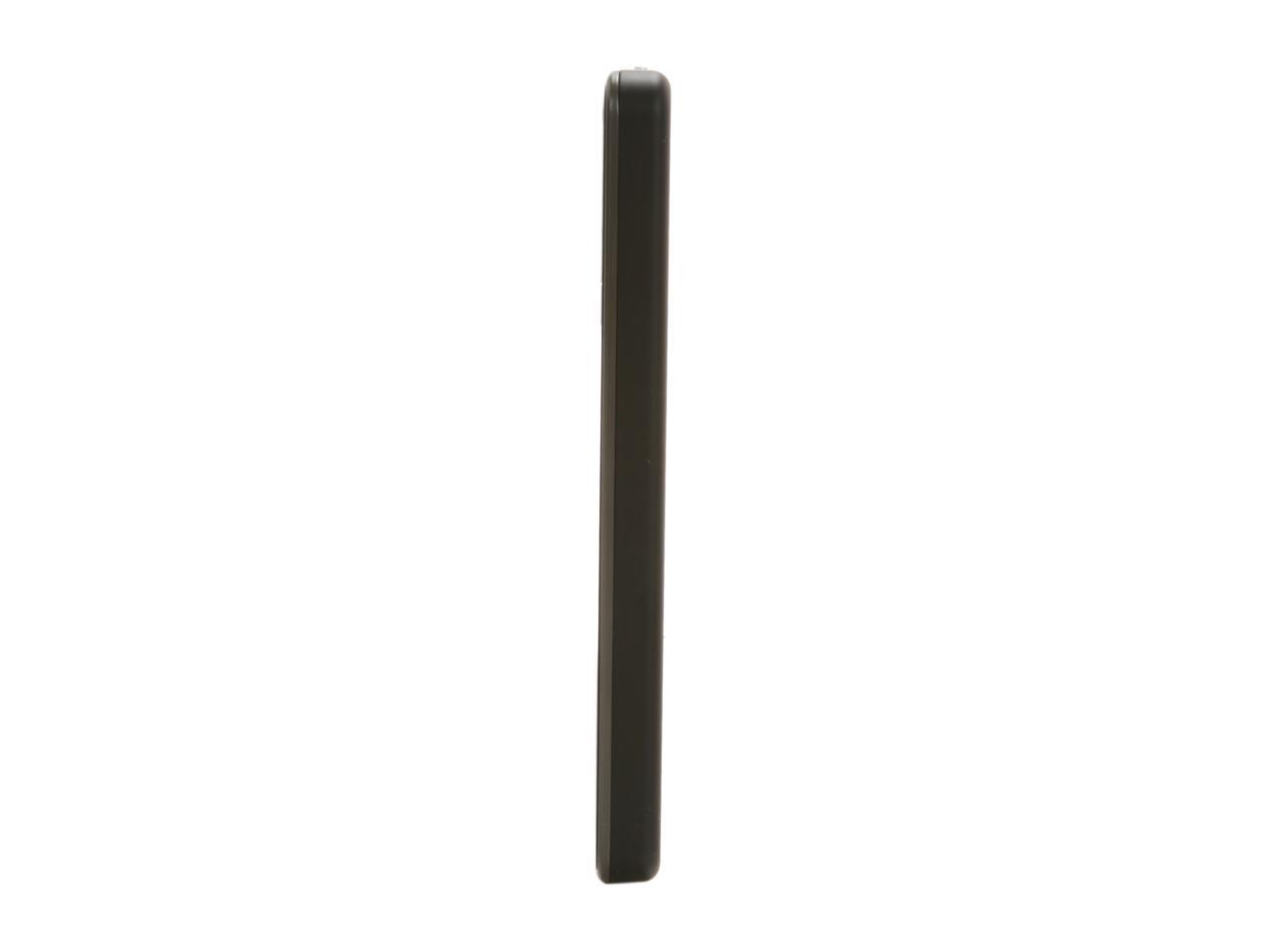 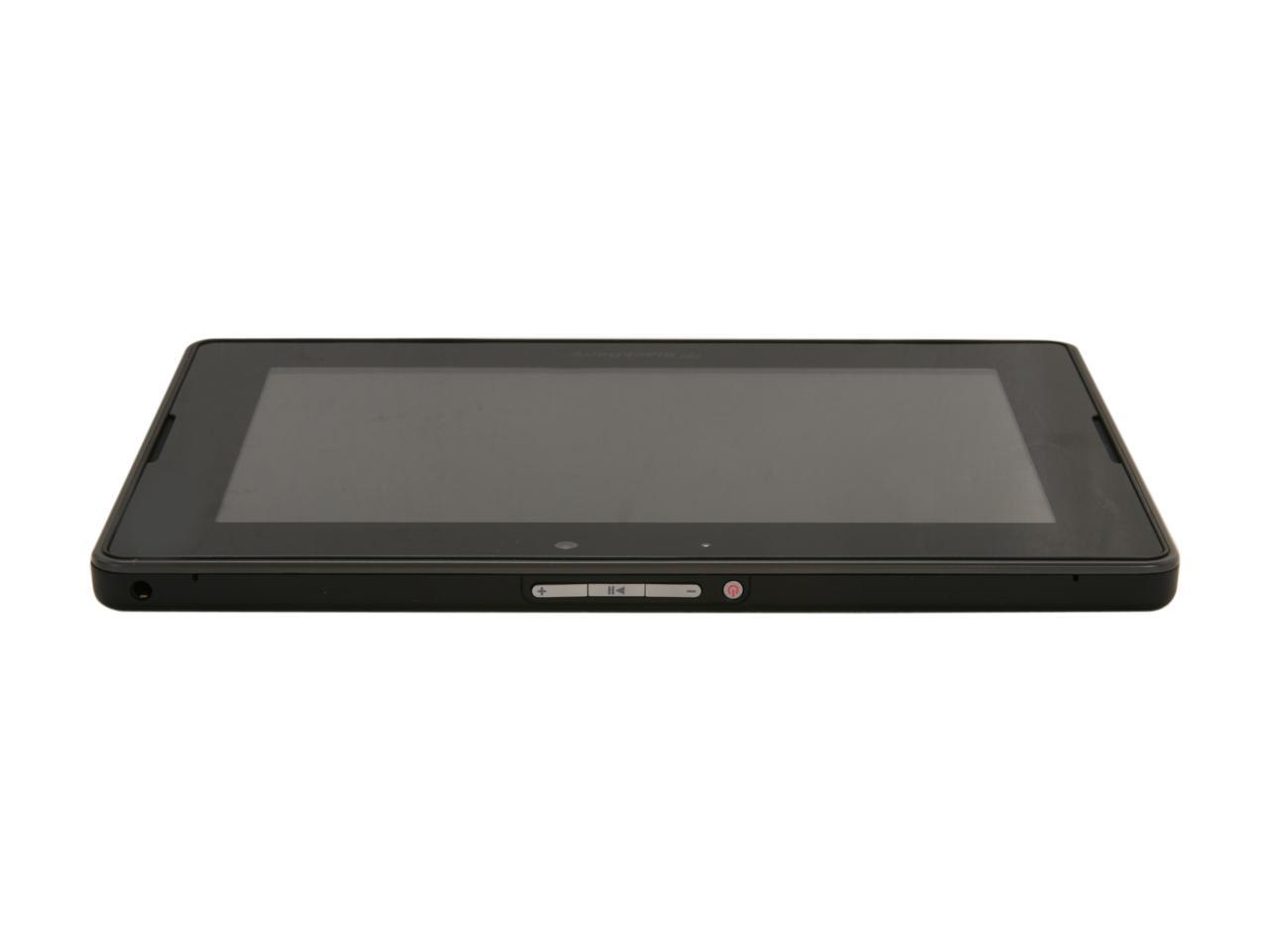 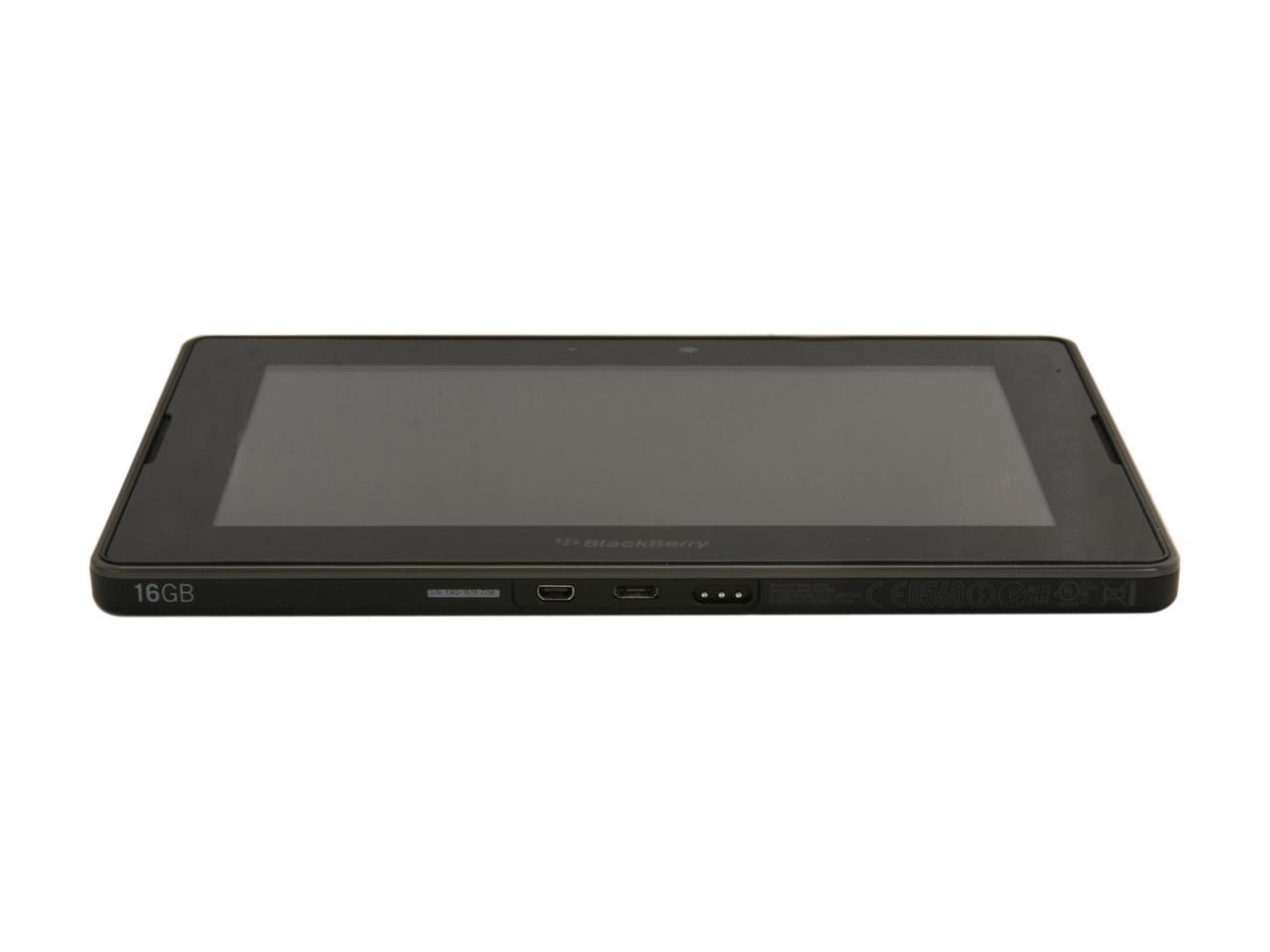 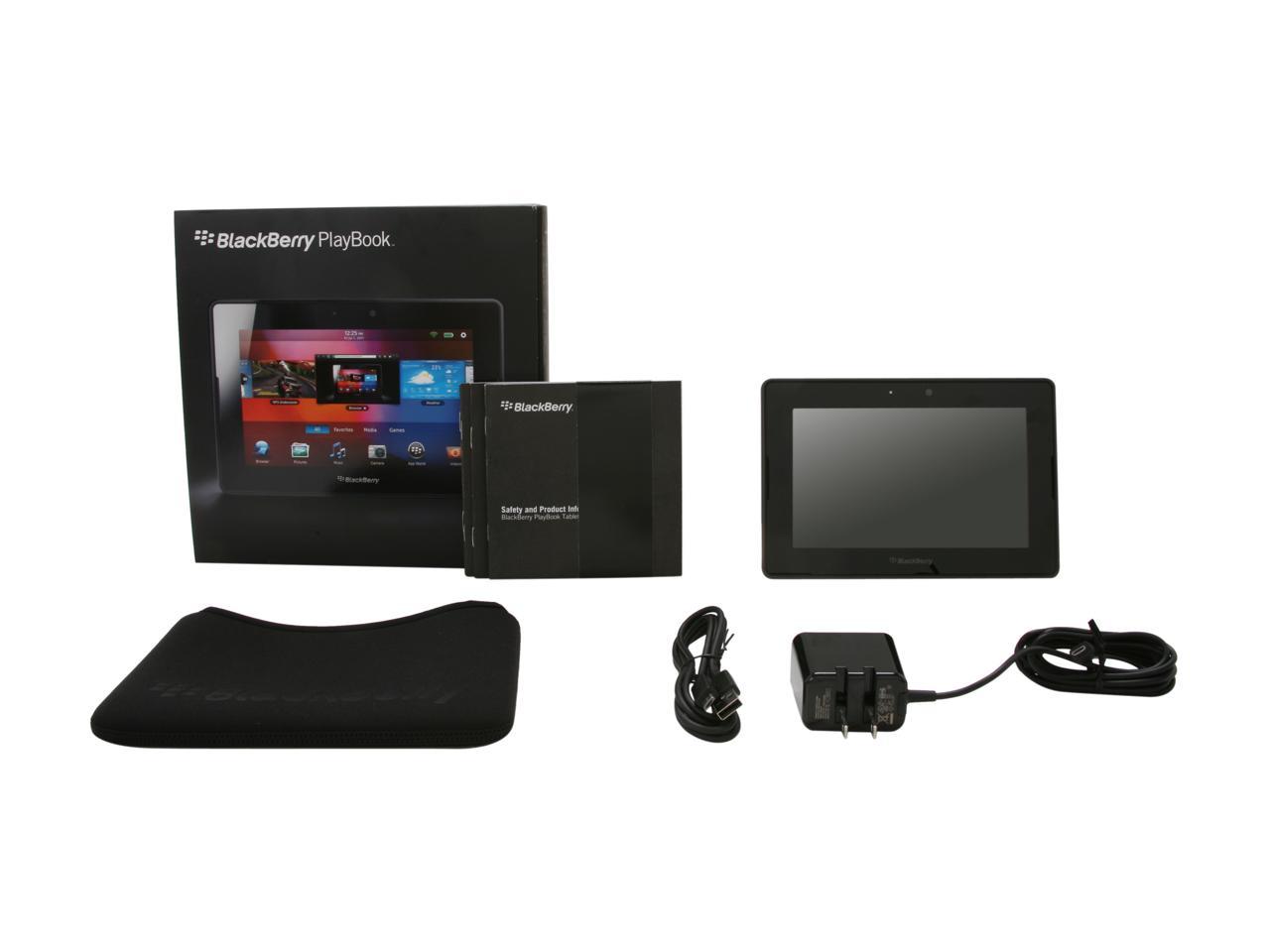 (26) Write a Review
OUT OF STOCK.
Overview
Specs
Reviews
Built to outperform, the BlackBerry PlayBook combines the features you need with the ultra-portable design you want. Choose the tablet that does it all — and then some. This is what you’ve been waiting for.

Pros: This tablet is exactly what I was looking for when I bought it. It's a bit smaller than the rest of the tablets, but also lighter and looks very sexy. The screen is super sharp and the HD is perfectly clear. Came pre-installed withi Microsoft office Suite (word, excel, powerpoint) which I immediately used at work. HDMI port on the bottom of the tablet allows me to hook it up to an HDTV and play whatever TV show I currently have. This tablet has all of the security features that everyone is used to from Blackberry. I use this at work all of the time and am confident that all of my documents are safe.

Cons: Battery life is average. Not good, not bad. App world is average. Not even close to Apple or Android, but that is to be expected. Still plenty of good games and other goodies available.

Overall Review: Overall, I love my Playbook. Sleek look, not heavy or bulky, and awesome at the office. Exactly what I wanted when I made the purchase.

Overall Review: - know the shortcomings of owning the playbook if you don't own a blackberry phone before complaining about the lack of native mail, calendar or contact apps - most of the CONS will be address in the major software update promised for Feb 2012, but i'm satisfied with PB even if RIM doesn't keep its promise - no regrets on the purchase

Pros: Hardware in this machine is top notch. Well built machine. Software is also good and will get better with updates. Killer graphics and hi def is second to none. Not an android nor a fruit basket but a TRUE multitasker! Cant wait for the OS updates for even more connectivity! But does everything that I've asked of it.

Cons: True it has it's setbacks in the apps department but knew it going in. If RIM addresses the native email, calendar, contacts, use of android apps and MKV movie files with it's OS update I will be dancing.

Overall Review: Contrary to all the BB haters I'm still going to be open minded about this product. Have used an Ipad and android products and they seem to work more like a phone. (Slow) I wanted something that works more like a mini PC and this thing is all that! Some things that it wont do I've found ways of a work around. Connectivity is awesome and multitasking is seamless. As long as RIM addresses the problems of any new product that hits the market with it's OS update to be provided next month I will be one happy camper! To be continued..........

Pros: True multitasking that I have seen after Nokia N900 and Nokia N9 (which are the true multi-taskers). Very responsive and contains everything you need.

Overall Review: Buy it. You will not regret your purchase.

Pros: Hardware is grade A very responsive on wifi. Good quality build. touch screen is very responsive. for right now no droid apps or QNX OS update but there are more blackberry apps added than last week so there is an interest in making apps for this device. Very Good work tablet for the professional even if not connected to a blackberry phone...

Cons: no cons of right now with this device I knew what I was getting into when I decided on purchasing this specific tablet.

Overall Review: The only regret I can see is not purchasing a version with more storage, but time will tell if I will need more storage space. I currently have a droid 4" phone/tablet & I wanted to give the Playbook a try, I do not regret this purchase. I am happy I gave this device a try as I also wanted something different other than a Apple product, for me this fitted the bill.

Pros: Super fast and very touch sensitive! Picture quality is awesome and the interface is great!

Cons: Dont have any

Overall Review: Hurry and get one for yourself before they sell out again!!!

Pros: Screen- The quality of the display is superb and using it is just a blast. OS- Even though it's still in it's infancy and needs way more apps, the QNX operating system is gorgeous and very intuitive. I appreciate the fact that unlike the iPad and many Android tablets, this OS is made for a tablet and not just an upscaled phone OS. Speakers- OH MAN, the speakers are wonderful. Not only are they uber loud, they're super clear as well. Best speakers on any tablet, including the beats audio equipped HP TouchPad. Cameras- Most people don't care for cameras on tablets, but at this size the cameras are quite nice! With decent lighting the photos come out very nice. Video is great as well. The Size- For some people this is a con, but I love the 7" form factor. It's large enough to browse comfortably, yet still small enough to fit in my sweatshirt pockets. Also, reading feels very natural with this design. Battery Life- It's just stellar. Easily getting 8-9 hours of near constant

Cons: The OS- I listed this as a pro, but it's a con as well. The only major cons with it for me are the lack of email/calendar and a VERY anemic app selection in App World.

Overall Review: At $500 the BlackBerry PlayBook would be a solid tablet, but at only $199 it is a STEAL. Not only is it super functional and fun to use, it's sleek and very well built. Another nice touch is that RIM actually includes a pretty nice neoprene sleeve in the box. If you're debating between getting this or the Kindle Fire, get the PlayBook. It's built better, has two HD cameras, bluetooth, GPS, and is just overall a much better tablet.

Pros: Hardware is first class. Processor and gpu is second to none. The OS is amazingly smooth... GUI, multitasking is better than IOS5 on an ipad and makes Android (with the possible exception of ICS) look like something coded by two nerds in their mom's basement.

Cons: Although it's improving everyday, the app situation is still lacking... like a full pledge navigation app, netflix and hulu. The games are sufficient with the awesome Dead Space, N.O.V.A. 2 and just recently Angry Birds, but not as many as on IOS and Android.

Overall Review: This tablet is as close to a full pledge PC as you can get. No Pandora app yet? Go to the web site, it works. No Netflix? _____ prime videos works.(Hulu actively blocks it because they're greedy like that.) You can even download torrents on the browser itself! The OS is due for an update this Feb. so its gonna the good is gonna get better. RIM messed up with the original price but, at $199? Its a steal.