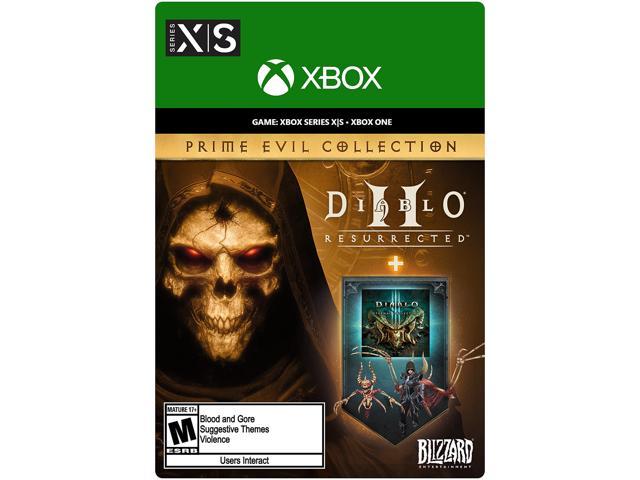 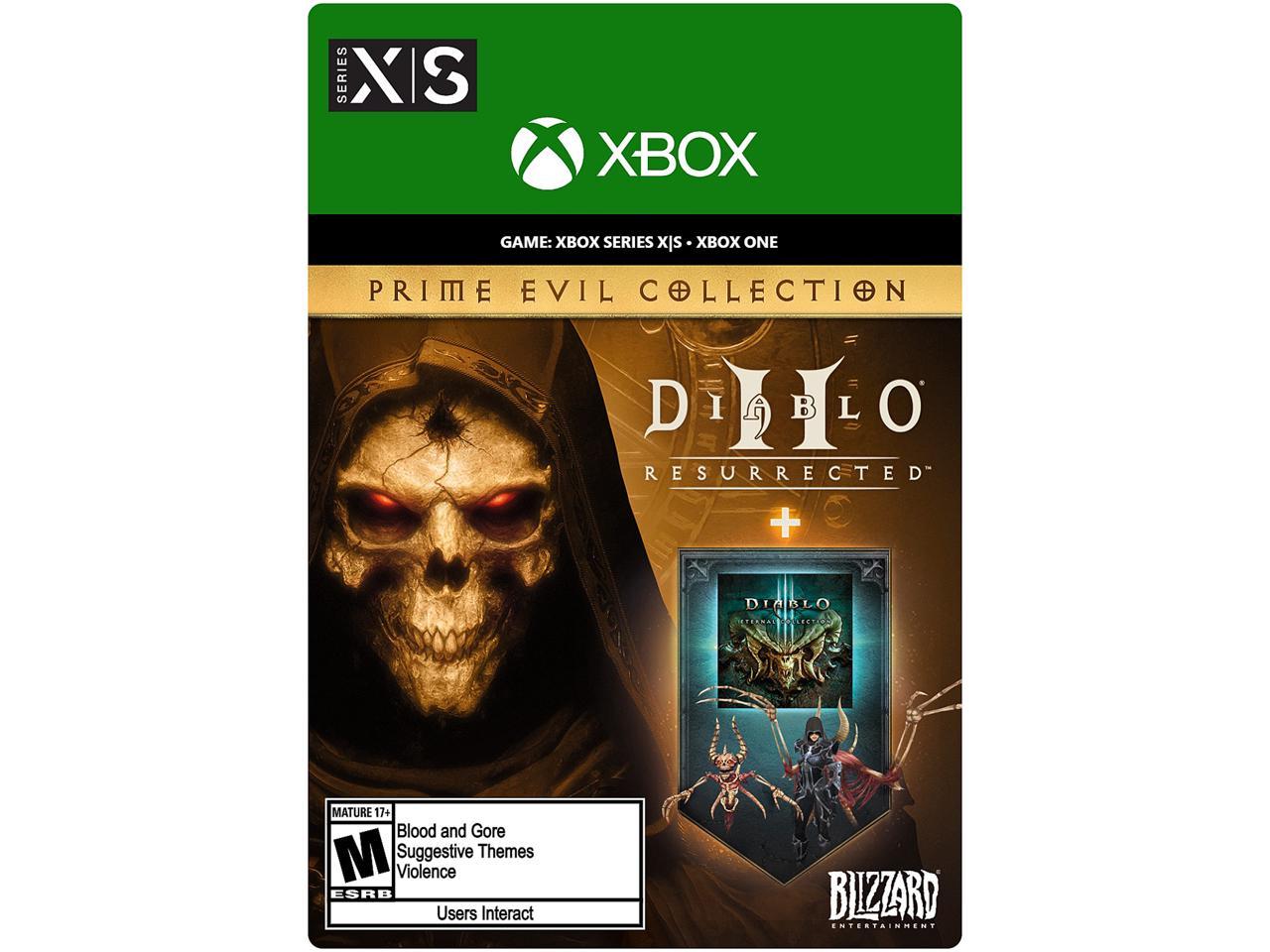 Be the first to review this product...
See more "xbox games"
In stock. Limit 3 per customer.
Ships from United States.
Please note that this product is non-returnable and non-refundable.
Overview
Specs
Reviews

Ascend the Forgotten Tower, blaze a trail through the jungles of Kurast, and storm the gates of Hell to defeat Diablo himself. Then, scale the peak of Mount Arreat to face Baal, the Lord of Destruction, in Worldstone Keep.

Seven of Sanctuary’s greatest champions await at the iconic campfire screen—the Amazon, Assassin, Barbarian, Druid, Necromancer, Paladin, and Sorceress. Each is highly customizable with countless build and gear options for players to explore.

Two Games in One

This is an all-encompassing Diablo II experience featuring remastered versions of Diablo II, the Lord of Destruction expansion, and countless hours of demon-slaying adventure.

Bring Your Own Army

Play as a solo experience, or grab some friends and enjoy up to 8-player co-op.

Diablo II: Resurrected includes all content from both Diablo II and its epic expansion Diablo II: Lord of Destruction®. Battle your way through icy caverns, horrific tombs filled with undead abominations, and frozen wastelands to the frigid summit of Mount Arreat and stop Baal, the Lord of Destruction. Raise hell with all seven playable classes from Diablo II and Lord of Destruction, including the cunning Assassin, master of traps and shadow disciplines, and the savage Druid, a bold shapeshifter and summoner who commands primal elemental magic.

Planned support for cross-progression—take your progress wherever you play.

*The pet and wings will be available in-game in Diablo III prior to the release of Diablo II: Resurrected.