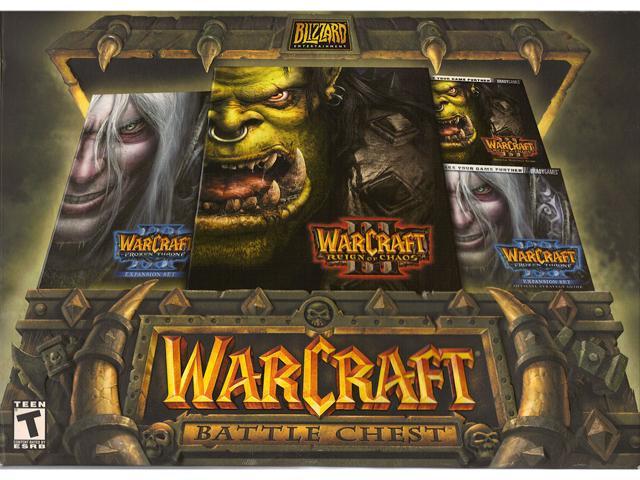 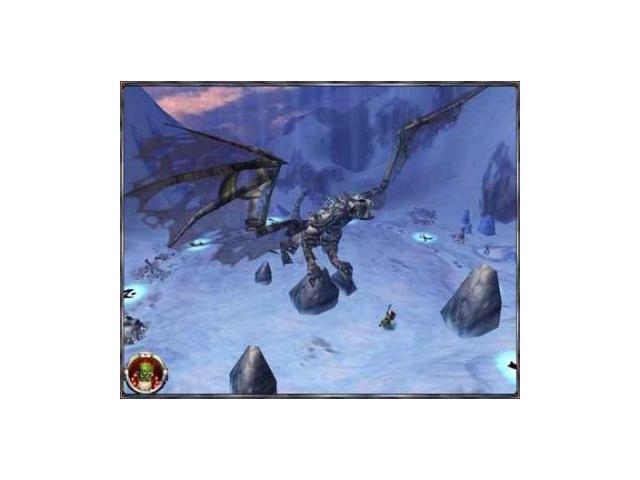 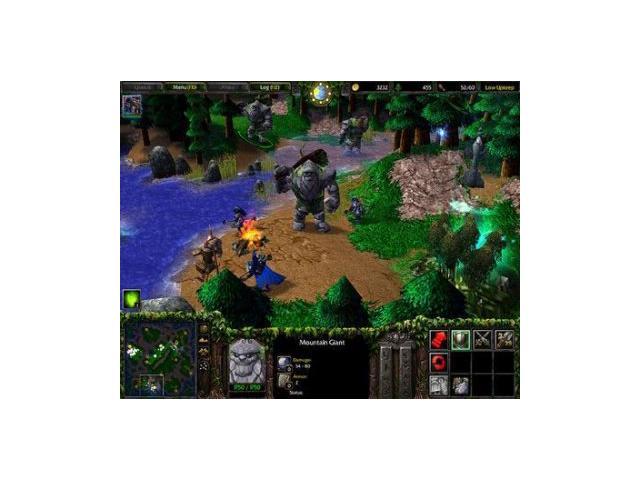 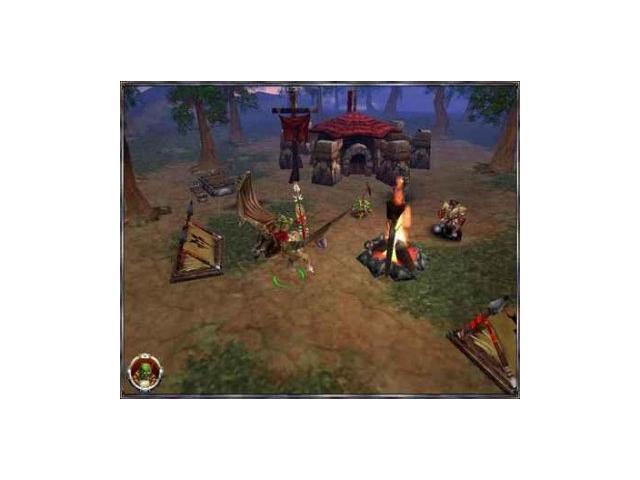 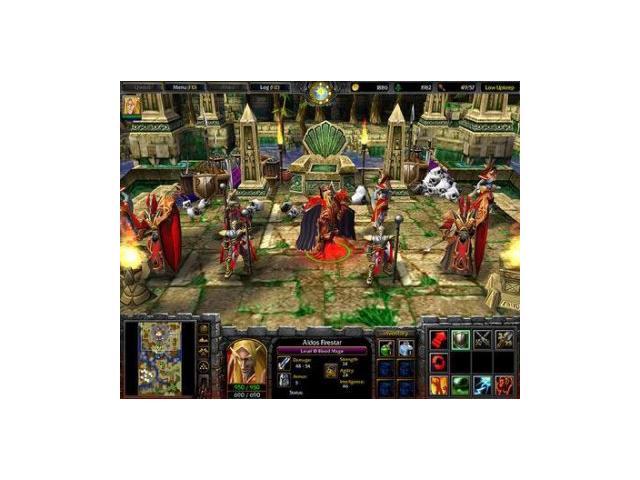 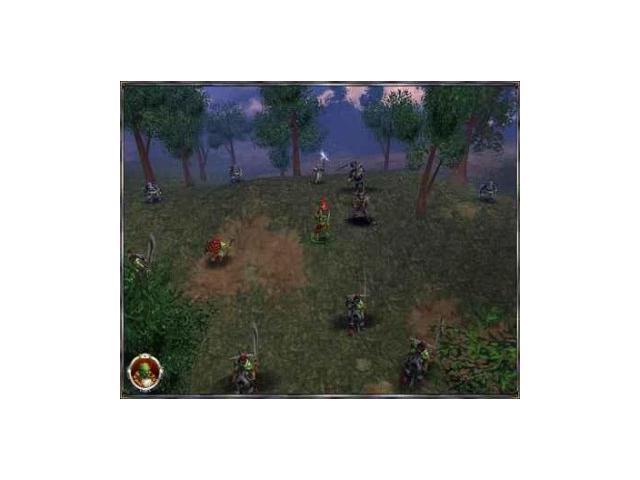 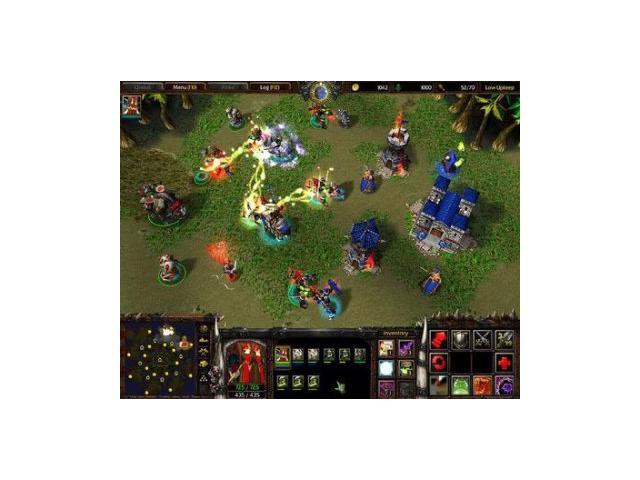 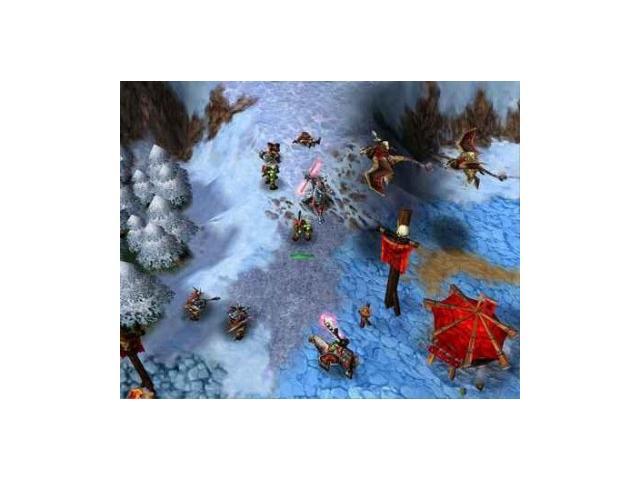 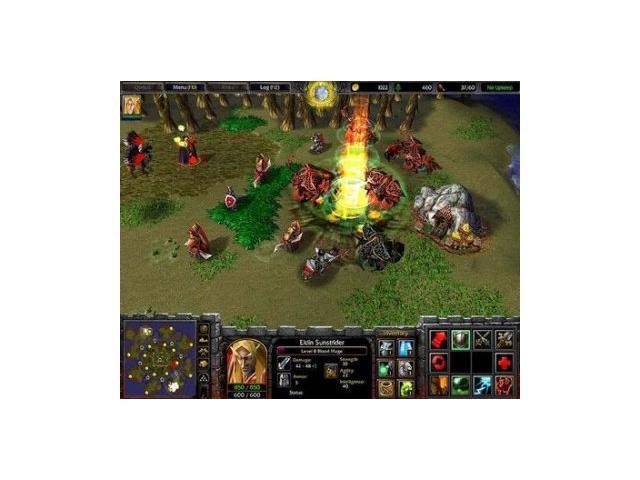 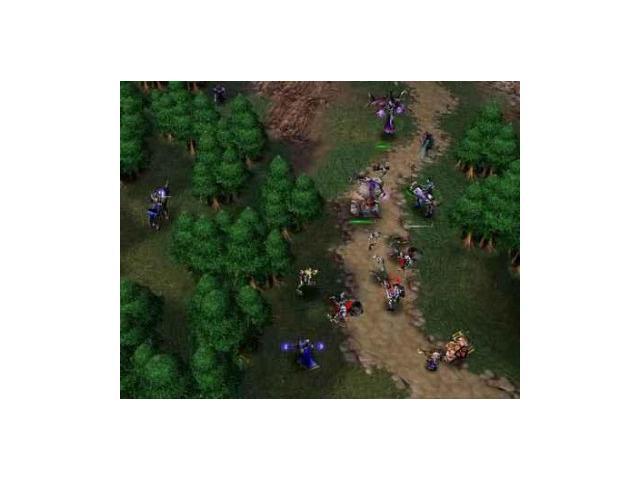 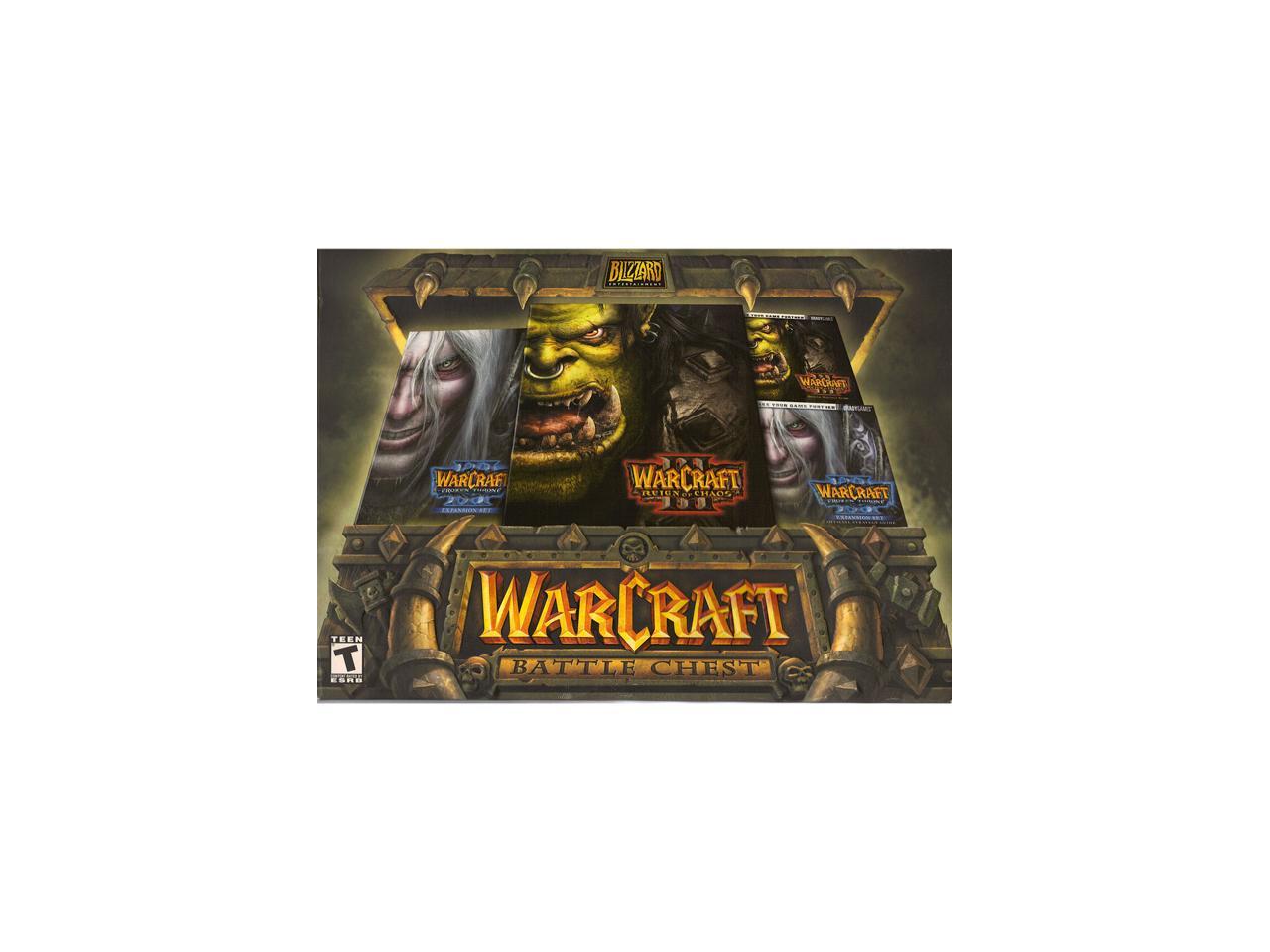 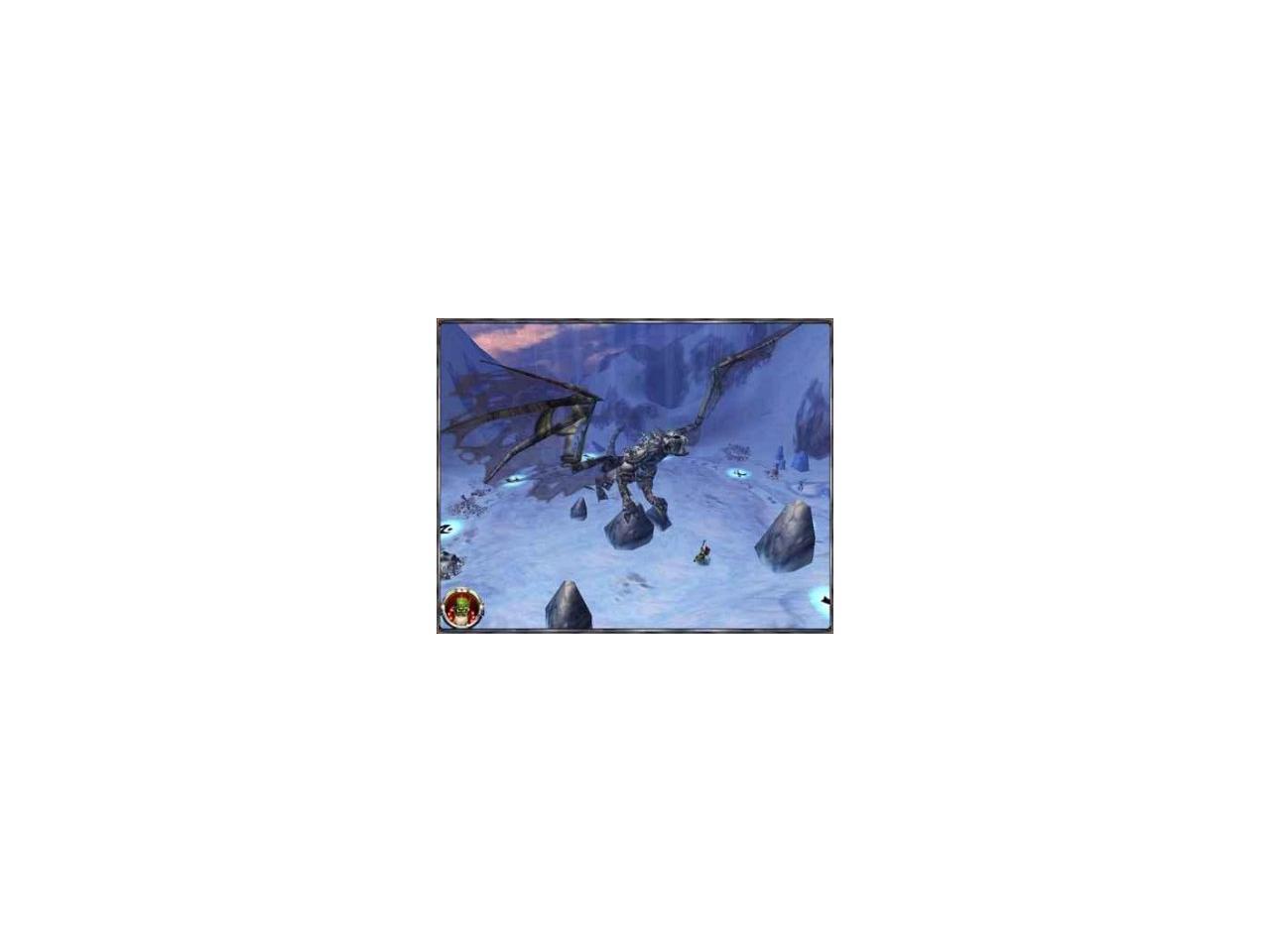 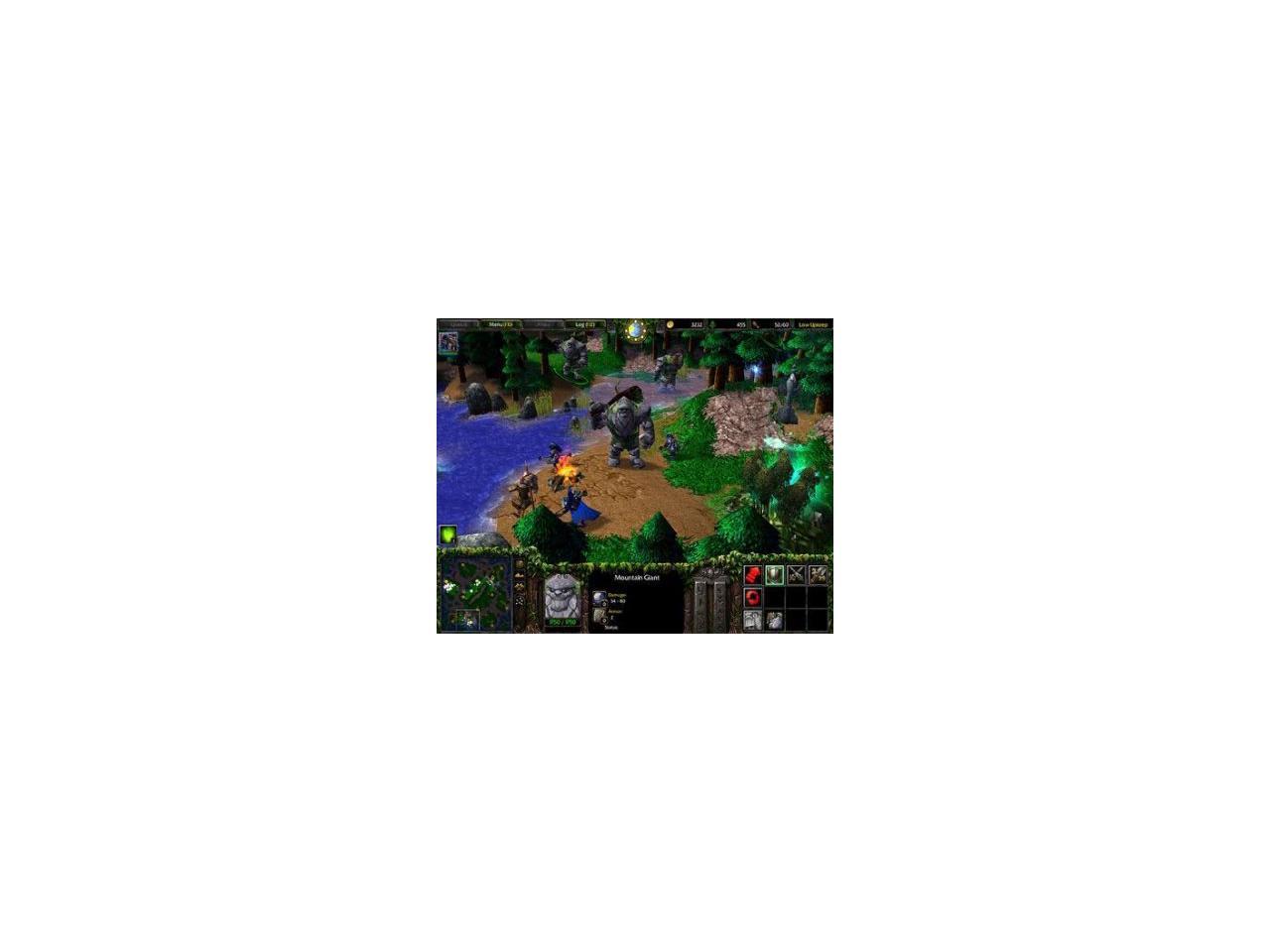 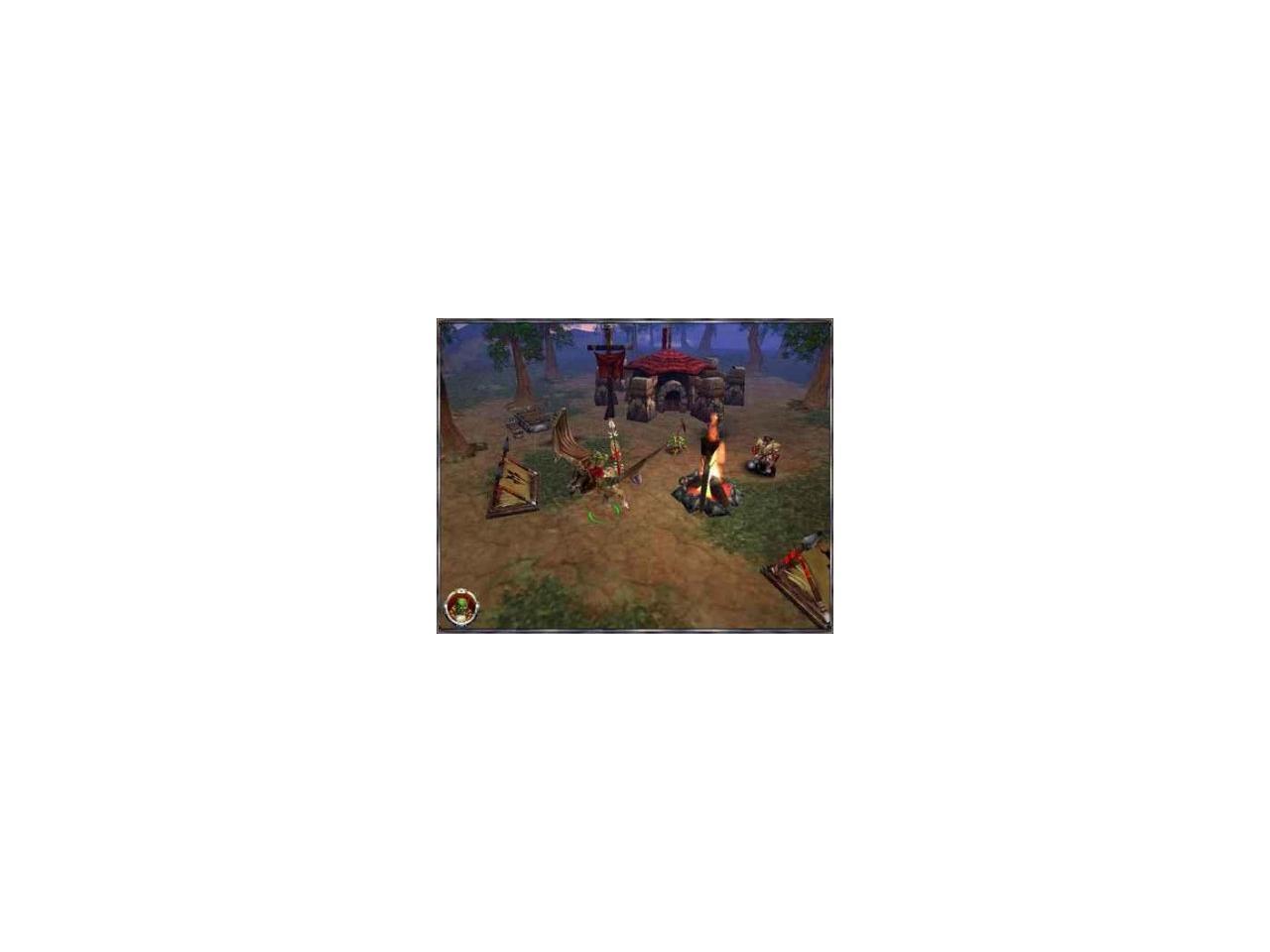 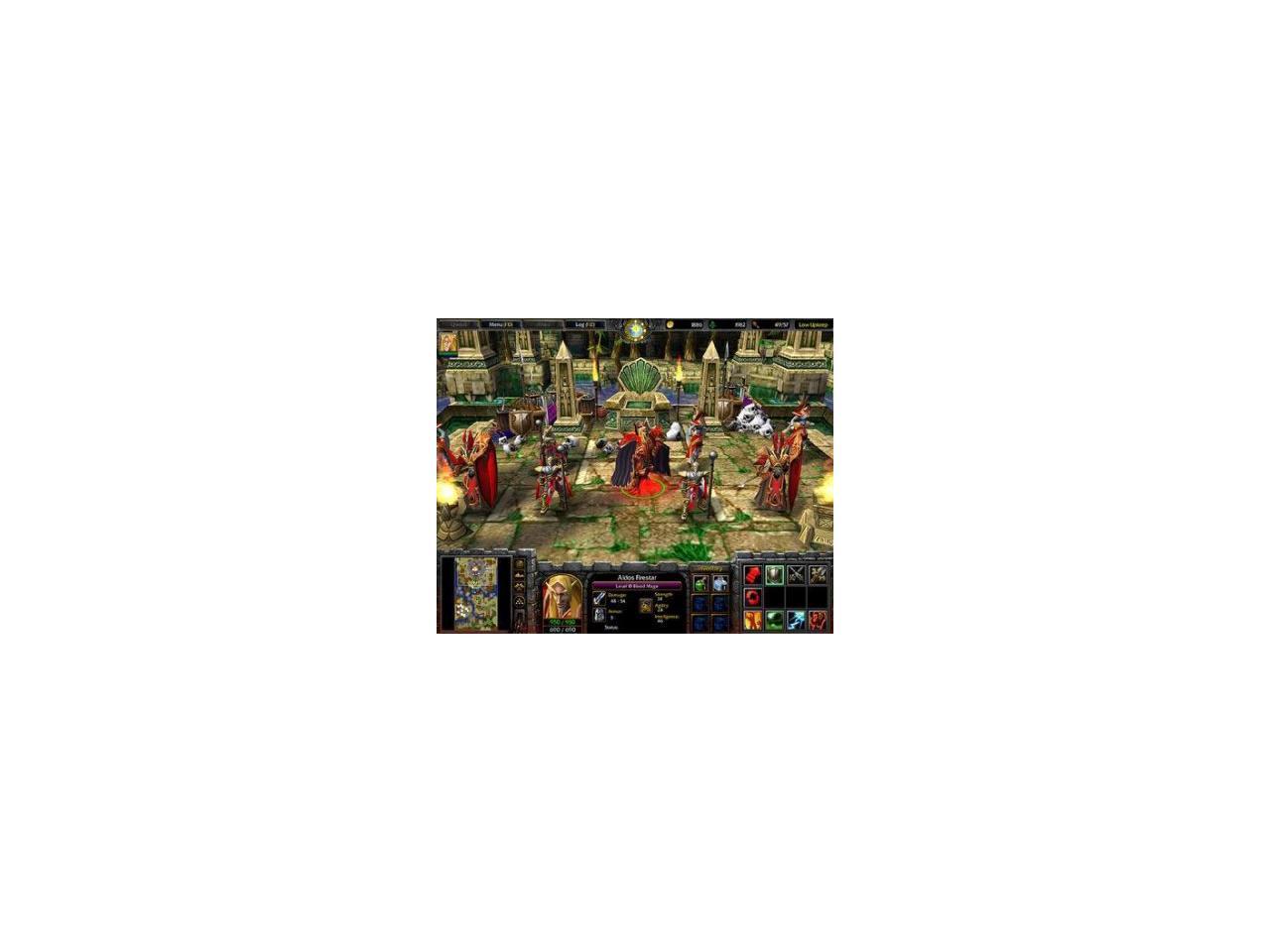 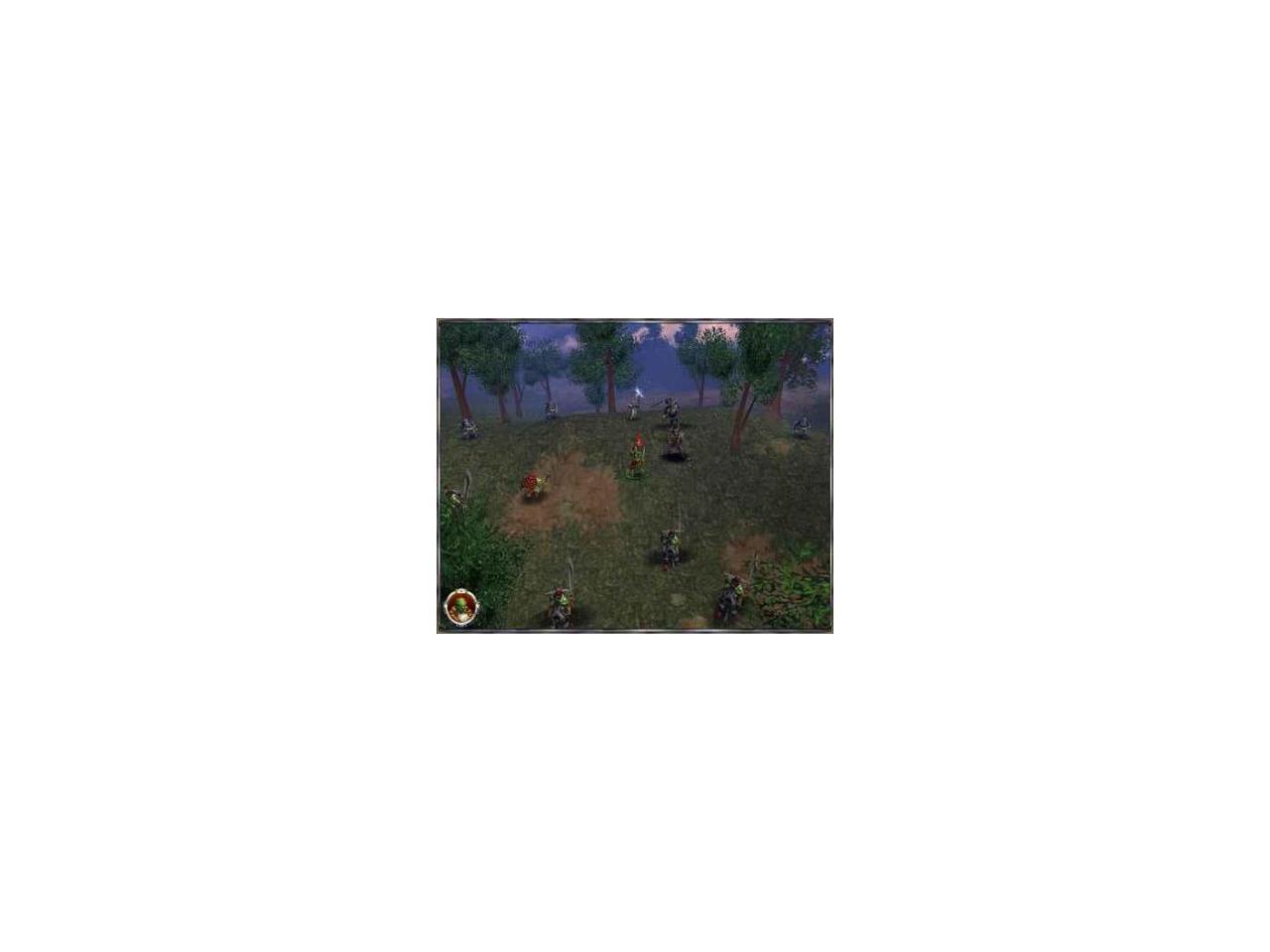 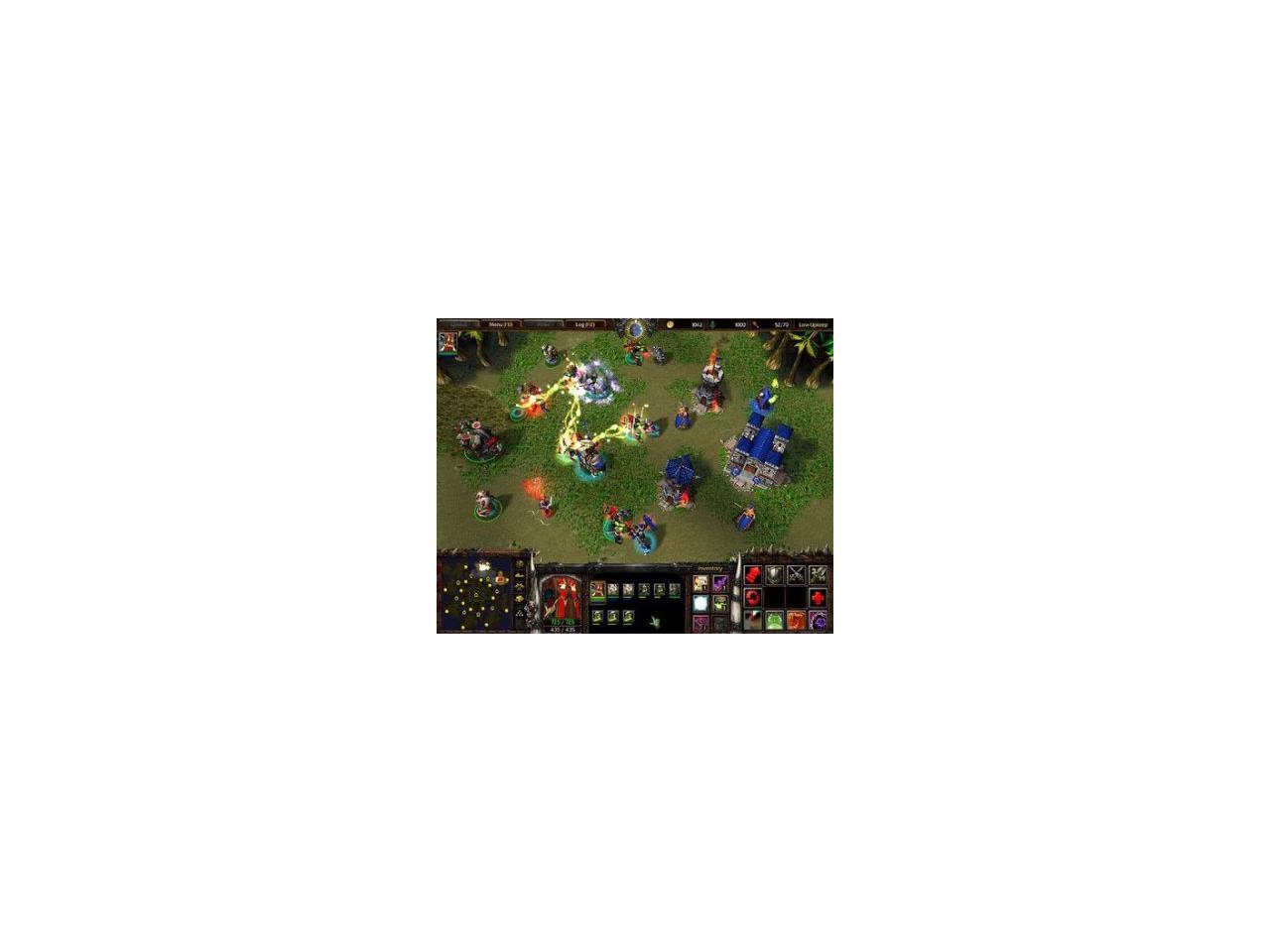 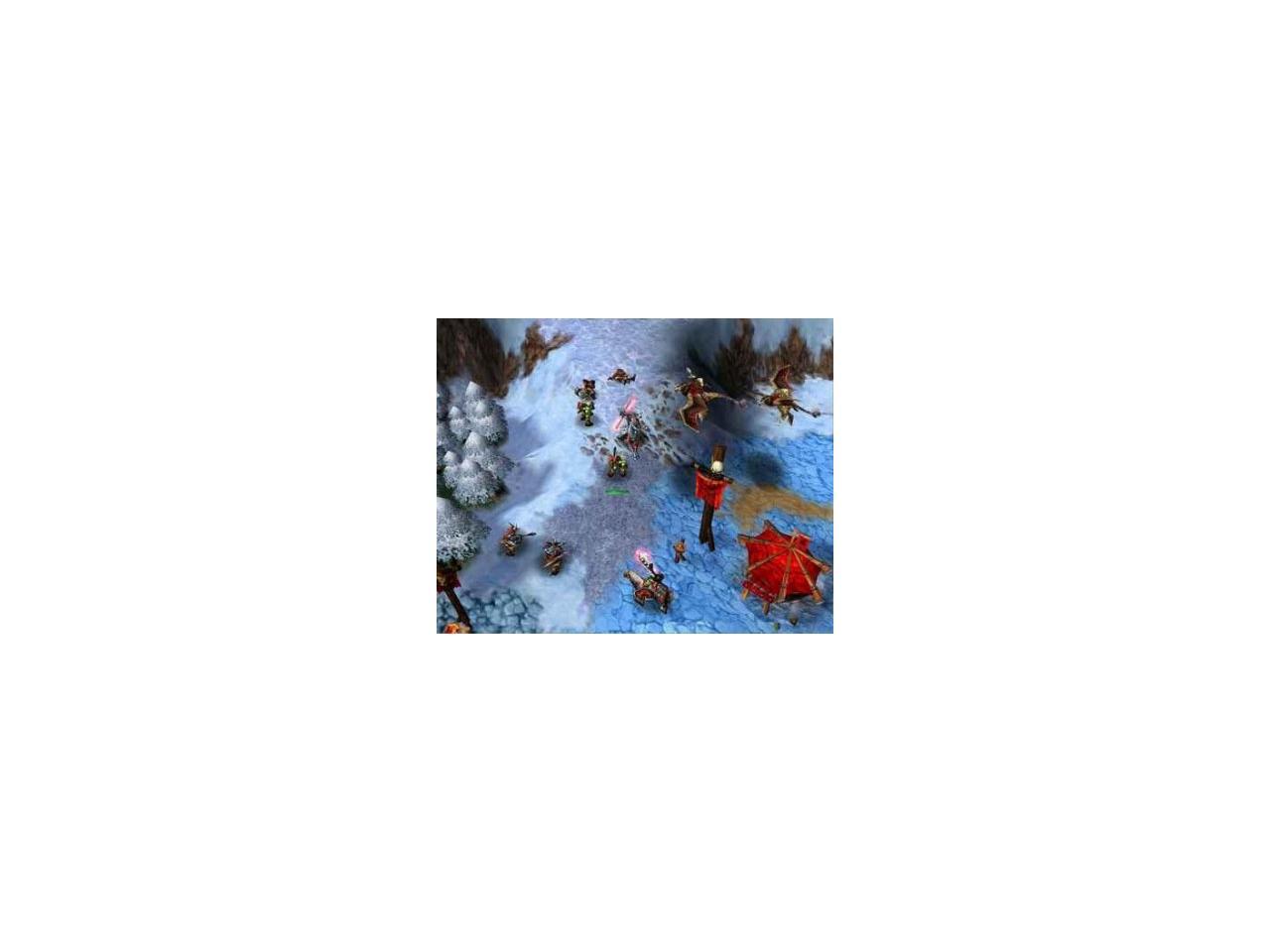 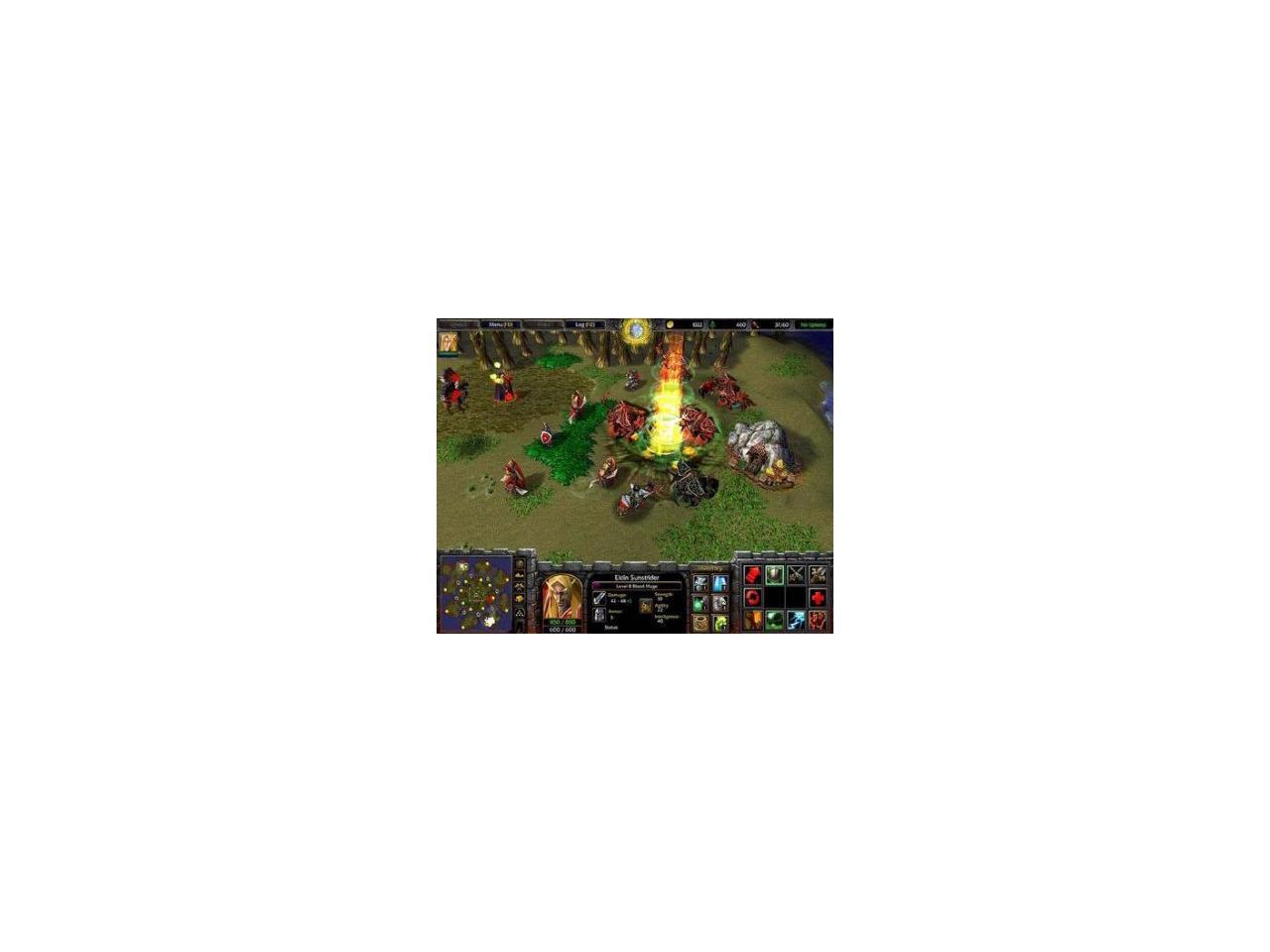 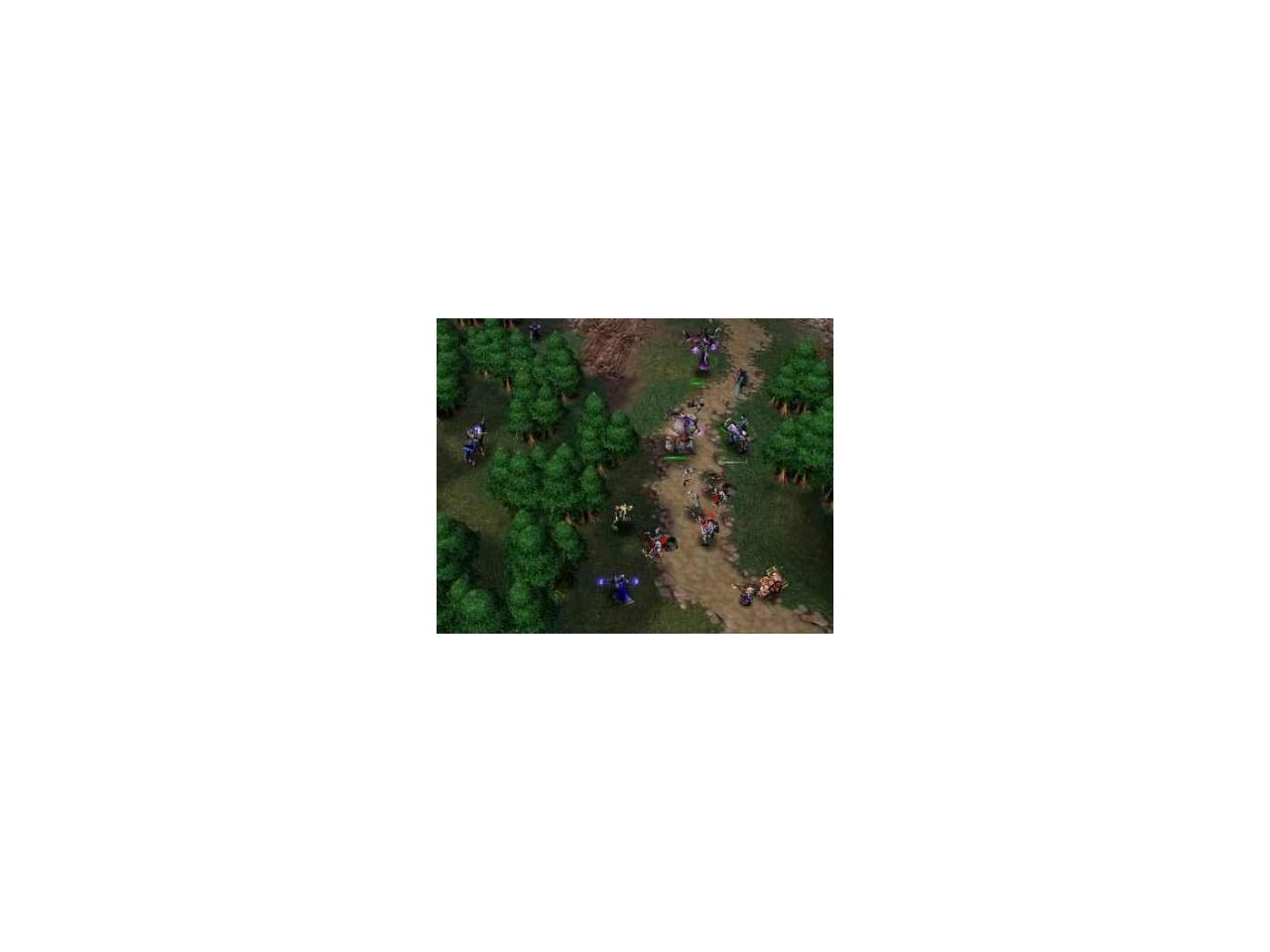 (101) Write a Review
OUT OF STOCK.
Please note that this product is non-returnable and non-refundable.
Overview
Specs
Reviews
The eternal battle between Humans and Orcs just got more complicated in the sequel to the critically acclaimed Warcraft 2. In the real-time-strategy game Warcraft 3: Reign of Chaos for PC, a new enemy called the Undead Scourge invades the already battle-weary world of Azeroth, threatening the existence of Humans, Orcs, and their distrusting neighbors, the Night Elves. Can these three long-term enemies put their differences aside to defeat the evil Undead Scourge? Or will they destroy each other first?
Players play as all four races- The Human Alliance, The Orcish Horde, The Night Elves, and the Undead Scourge. Each race's story is told in the form of a campaign, composed of about 10 levels. Players who finish each campaign move to the next race until all four campaigns are completed. Players who desire a challenge may try multiplayer mode, provided by Blizzard's free Battle.net service.
The Warcraft 3 Battle Chest is a real treasure, containing Reign of Chaos, The Frozen Throne expansion pack, and the official Brady Guides for both games. It's a must-have for Warcraft and RTS fans alike.

Pros: very enjoyable game. been playing on and off since release of wc3 roc. currently play wow. Bnet has tons of custom games which you can sit and play for hours.

Overall Review: ordered to have new copy for my new laptop

Pros: This game is the best, it has everything you need. If you like to play RPG's there are a lot of maps other people make that are RPG's. If you like tower defence, mazes, and and anything like that than this game has it. It has it all.

Cons: The custom maps have lots of bugs sometimes but its all good people fix it up. People act like they are the best and get all and mighty on b.net its annoying.

Overall Review: If you like to play games and not regret it than GET THIS GAME.

Comments: This game is perfect for either the individual player or the guy who likes to play with his friends. Both the Single Player and Multi-Player are great. Look for mods and maps online to play with friends, I prefer the DoTA line, but all are good.

Pros: Fantastic story with original game play and amazing graphics (at the time). 4 race stories to immerse yourself in with famous Warcraft heroes you've come to love, if you've played World of Warcraft.

Cons: Only con would be if you do not like RTS games or Blizzard.

Overall Review: "this game is just a rip off of command & conquer, just with beasts instead of tanks, etc. i played it for about 2hrs. now its on my shelf collecting dust." considering that the original Warcraft: Orcs and Humans was released in 1992 and the original Command and Conquer was released in 1995 that would make C&C the "rip off". Don't review things with idiotic comments if you don't even have the correct information.

Cons: Alot of punks on battle.net

Pros: This has to be my 2nd most played game I have ever owned in my life. (Half-Life1 takes #1). This is due to huge amount of customization allowed in game that Blizzard allows. As a person who has been making maps for this game for many years, I can say this title makes it easier for the user than any other one I know for making your own games. Some of the games I have worked on over the years include: Aeon of Strife, Valley Towers, Hero Wars EE, Hero Wars BG, Hero Wars Reborn and the soon to be released Hero Wars Defense. The way they have set up the mp component was brilliant! They have you log into BNet which brings you to a chat room in which you can easily find friends, chat with each other in game, and find games your friends are in.

Cons: Thru the years I have had only two complaints about the game and one of them not really Blizzards fault. The first one is the users playing the game. Warcraft III is still a widely played game but a huge majority of the users playing it seem to be young teenagers or people who are not very mature. Be prepared to deal with sore losers, whiny attitudes, and sometimes razist remarks. The second complaint is on Blizzard and it is their lack of support for voice chat and widescreen monitors. You would think that they could set up a patch that would allow you to voice chat in game sometime but they haven't ever did this. As for monitors, if you set up your screen resolution in game, the max res they let you set the game to is 1280x1024.

Overall Review: As a side note there is a way to set your monitor to a higher resolution in game. To do this you must find the windows registry entries for the game and manually type in your resolution in the length/width entries. The game will then properly display your resolution in game but if you go into the video properties while in game again, it will reset itself so be sure you got everything set before changing the registry! I also had to intentially mispell the word "razist" above cause newegg wouldnt allow it for some dumb reason.

Cons: Requires 1,5gigs on harddrive, so I can't install it on my old PC cuz its HDD is full.

Pros: have this game for a while and still kinda play it. never beated the game itself i just play online all the time. comes with everything. it's great if you're into the strat games.