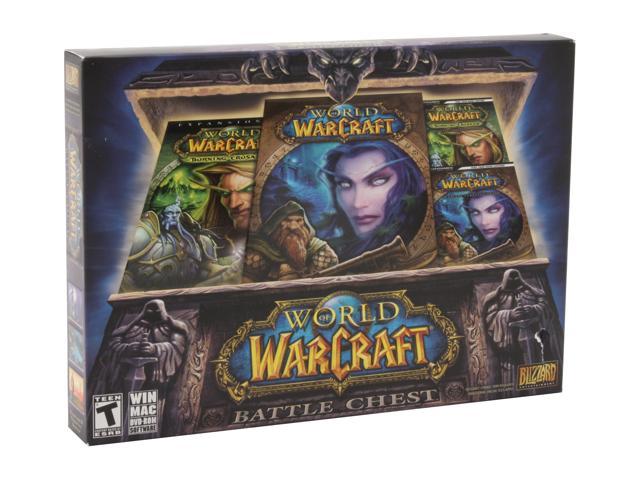 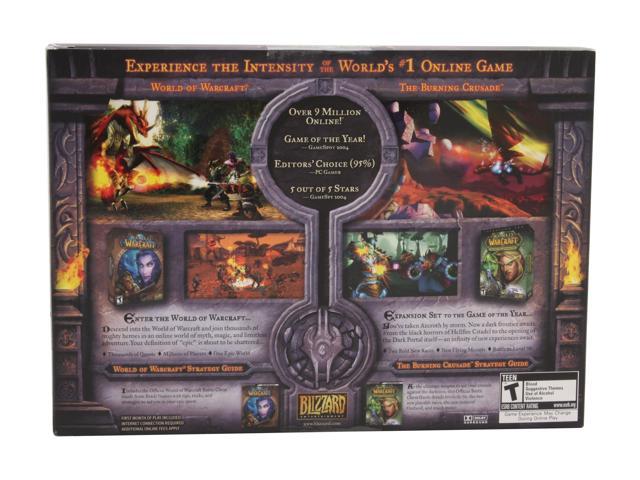 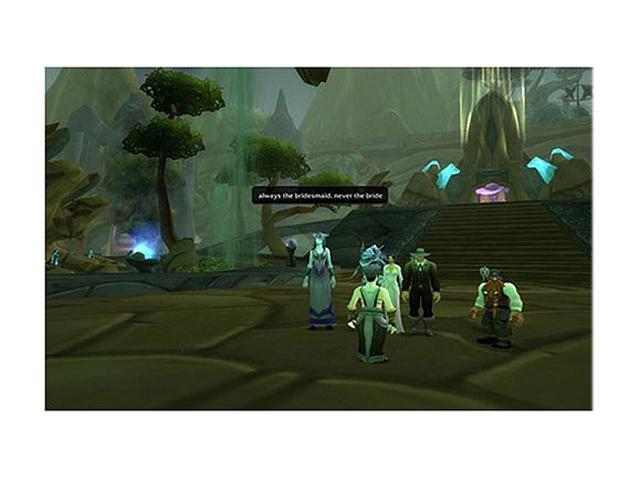 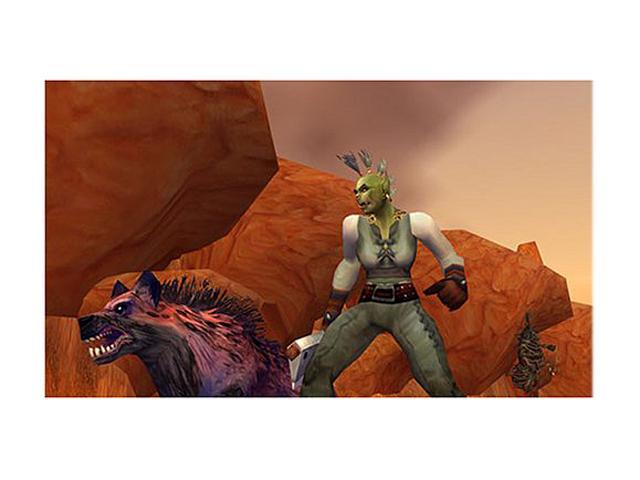 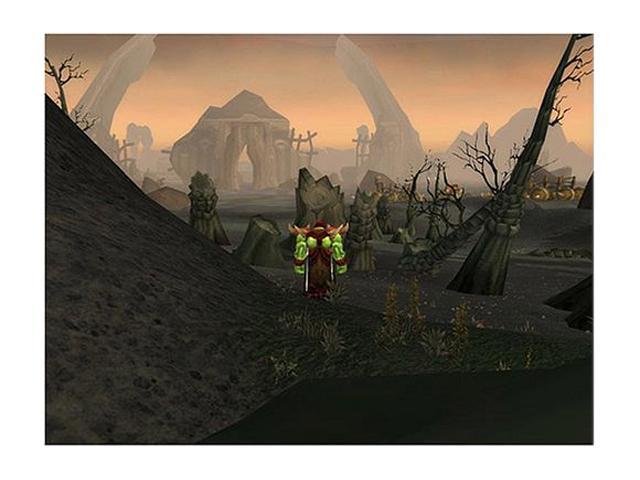 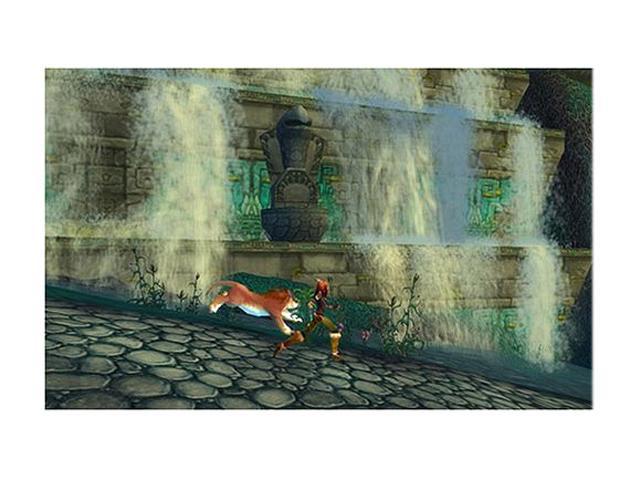 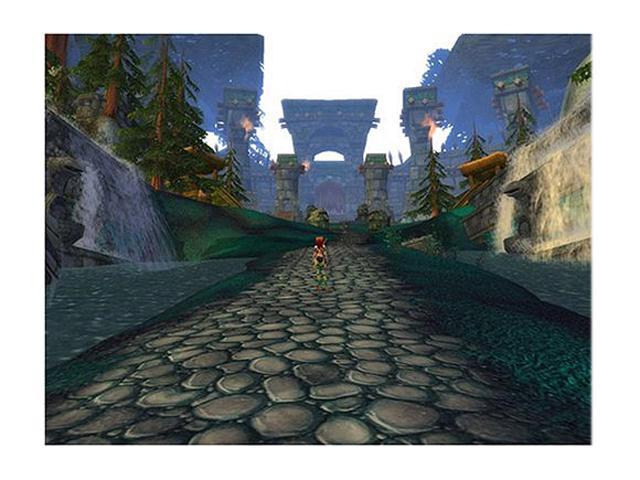 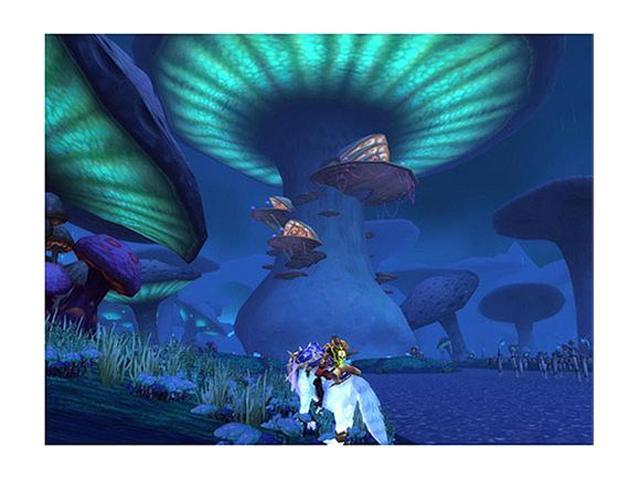 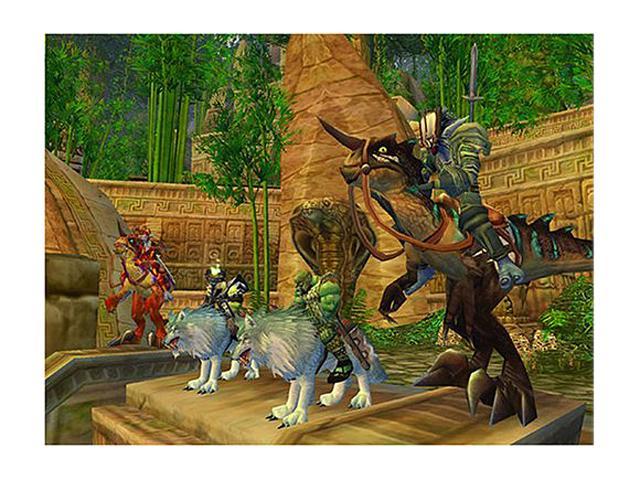 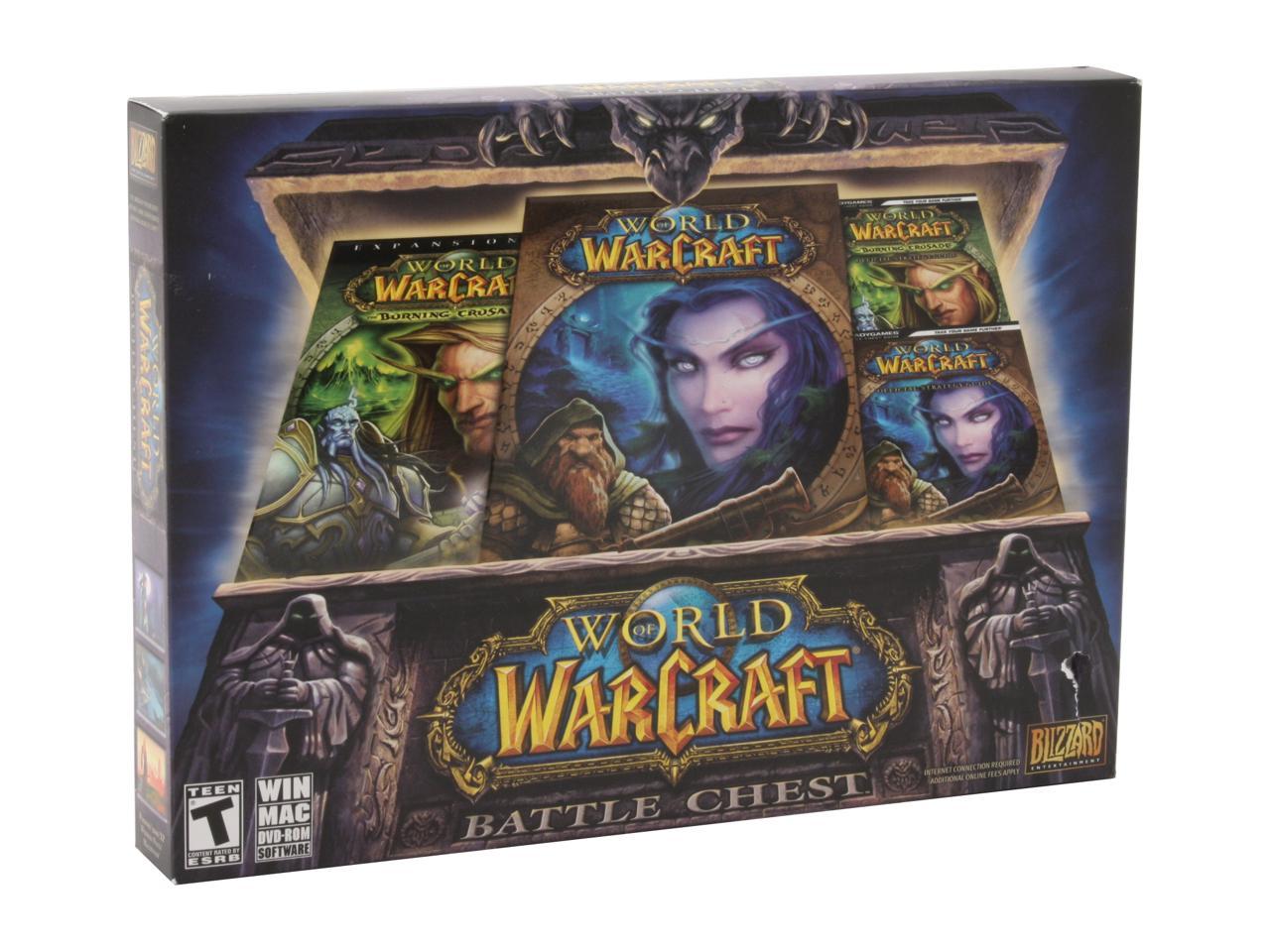 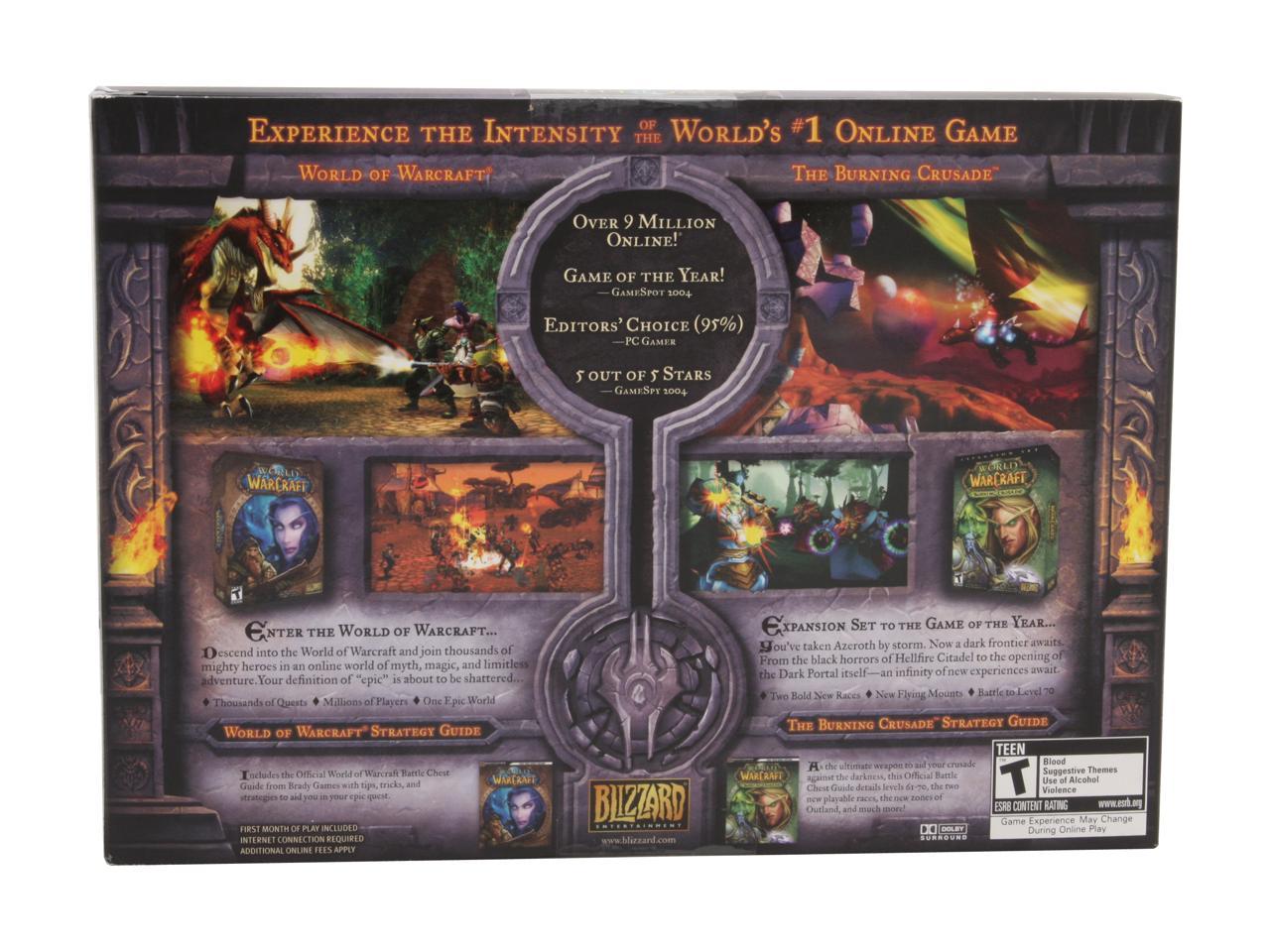 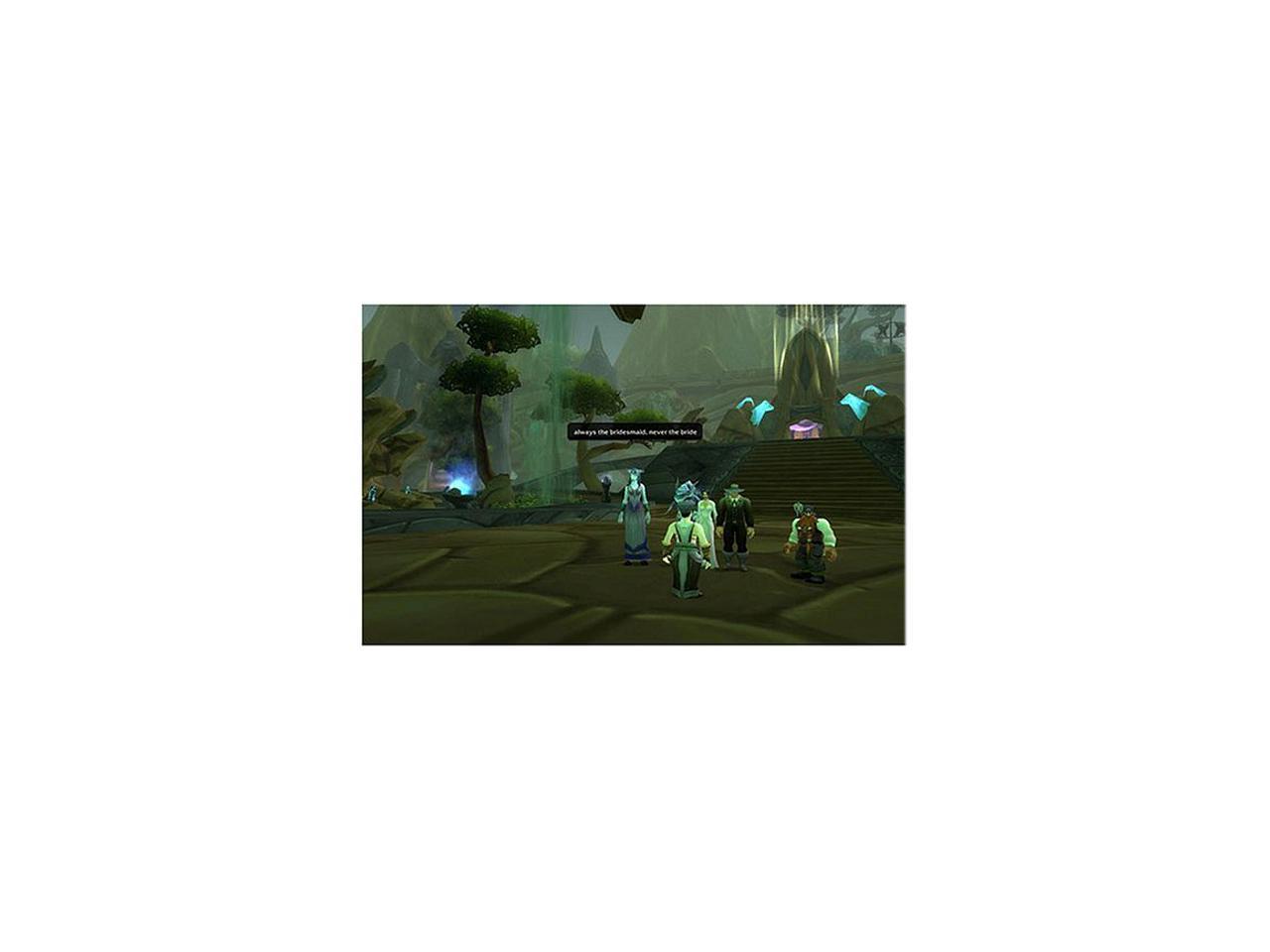 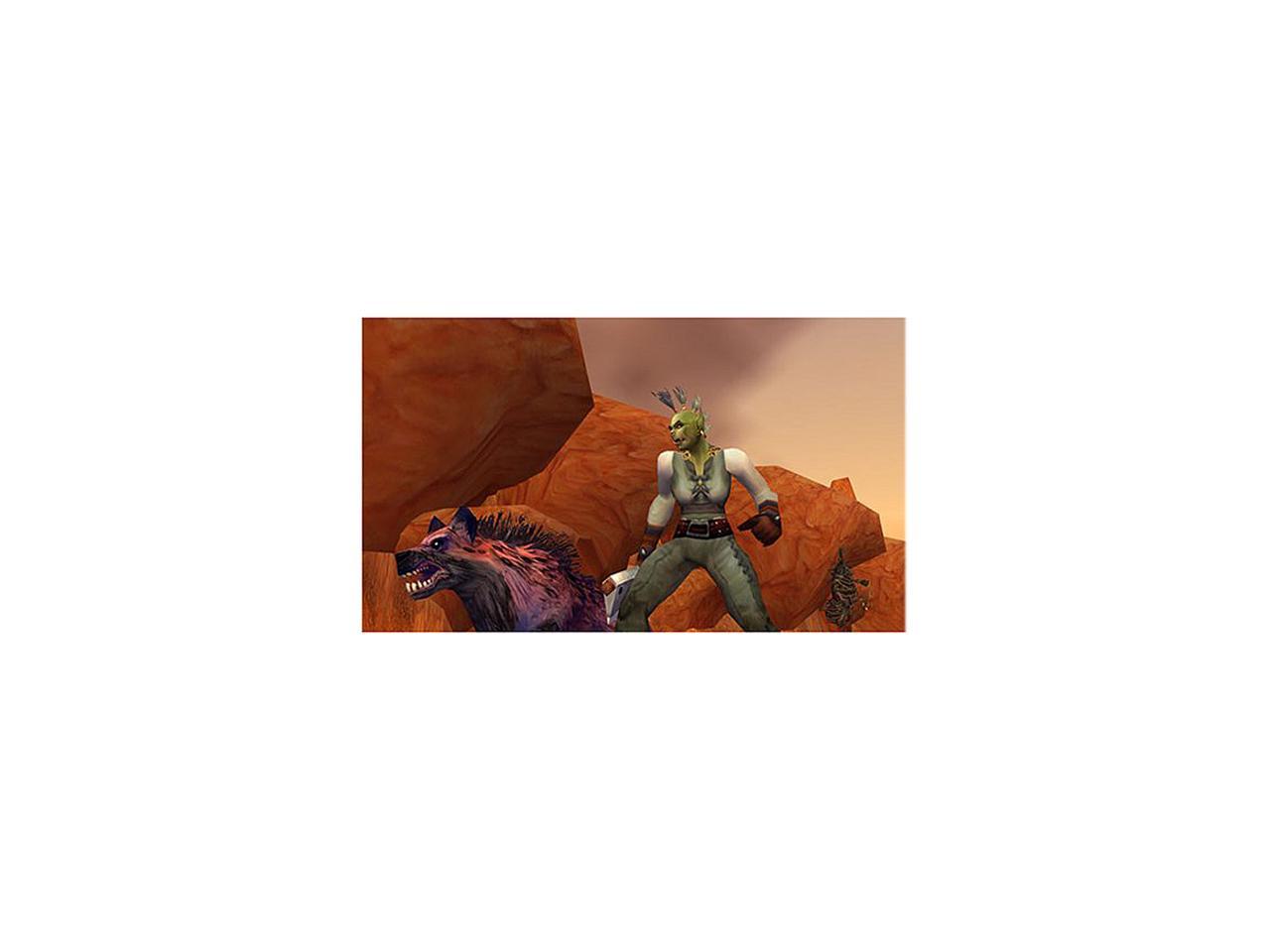 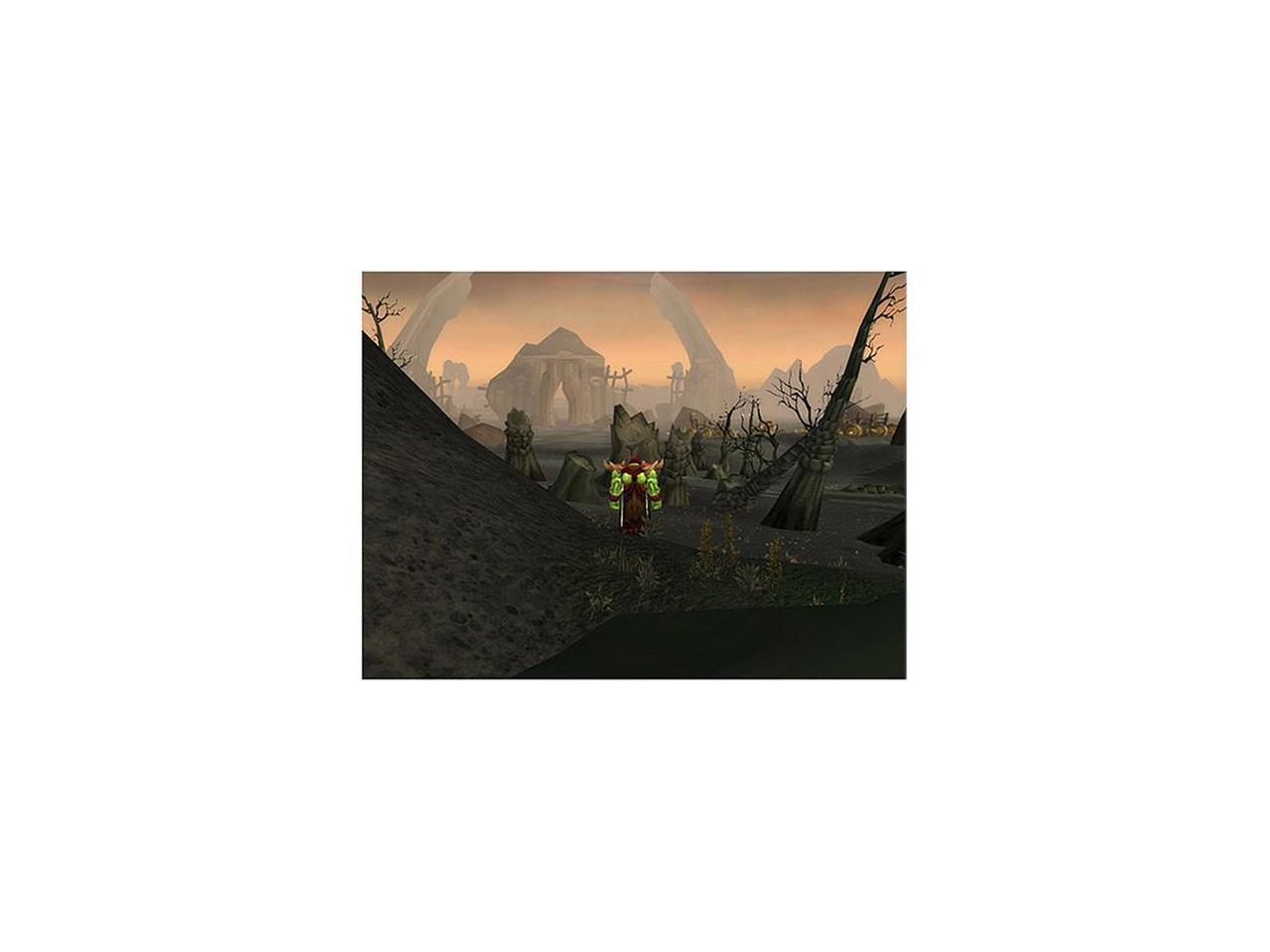 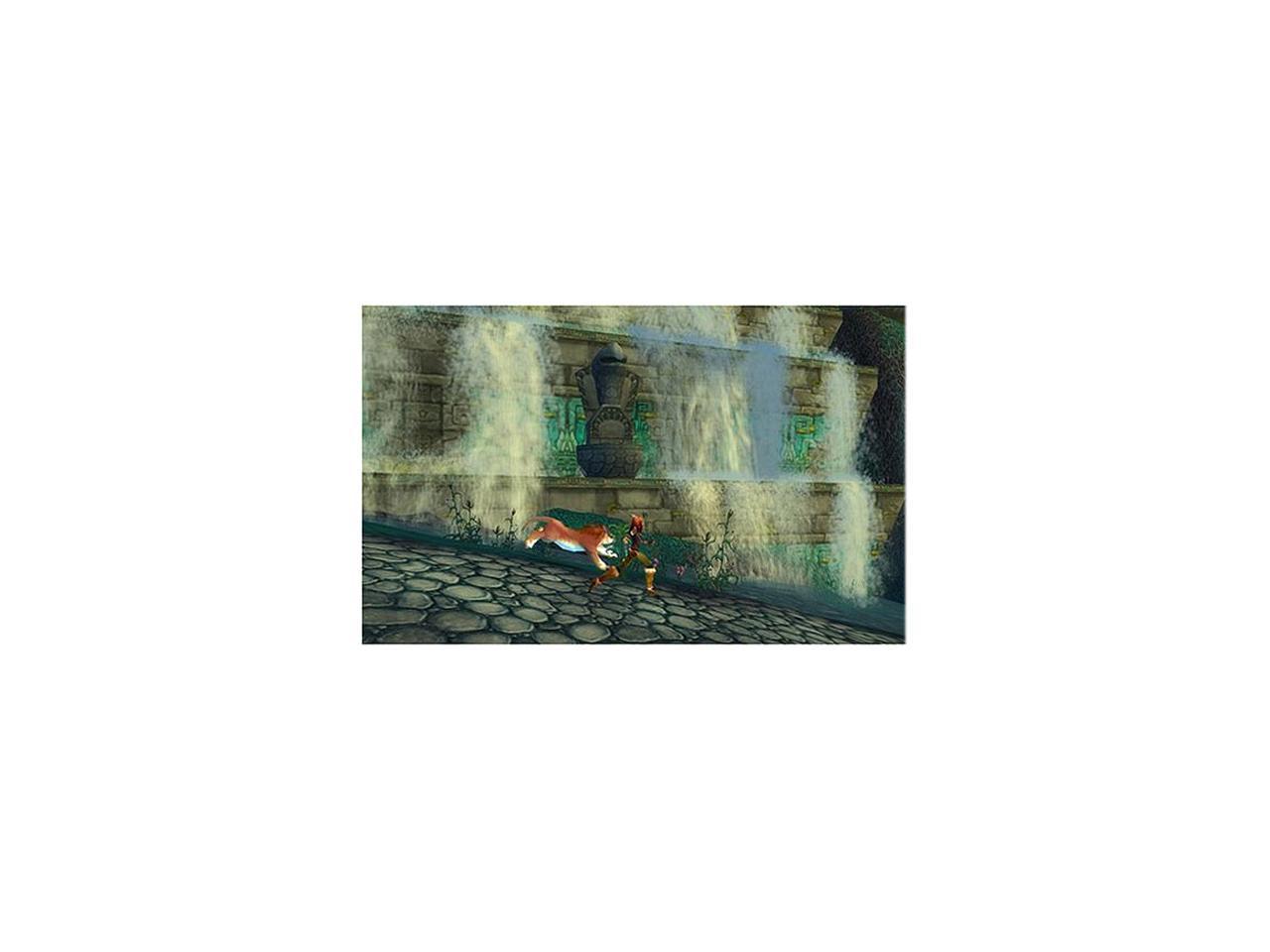 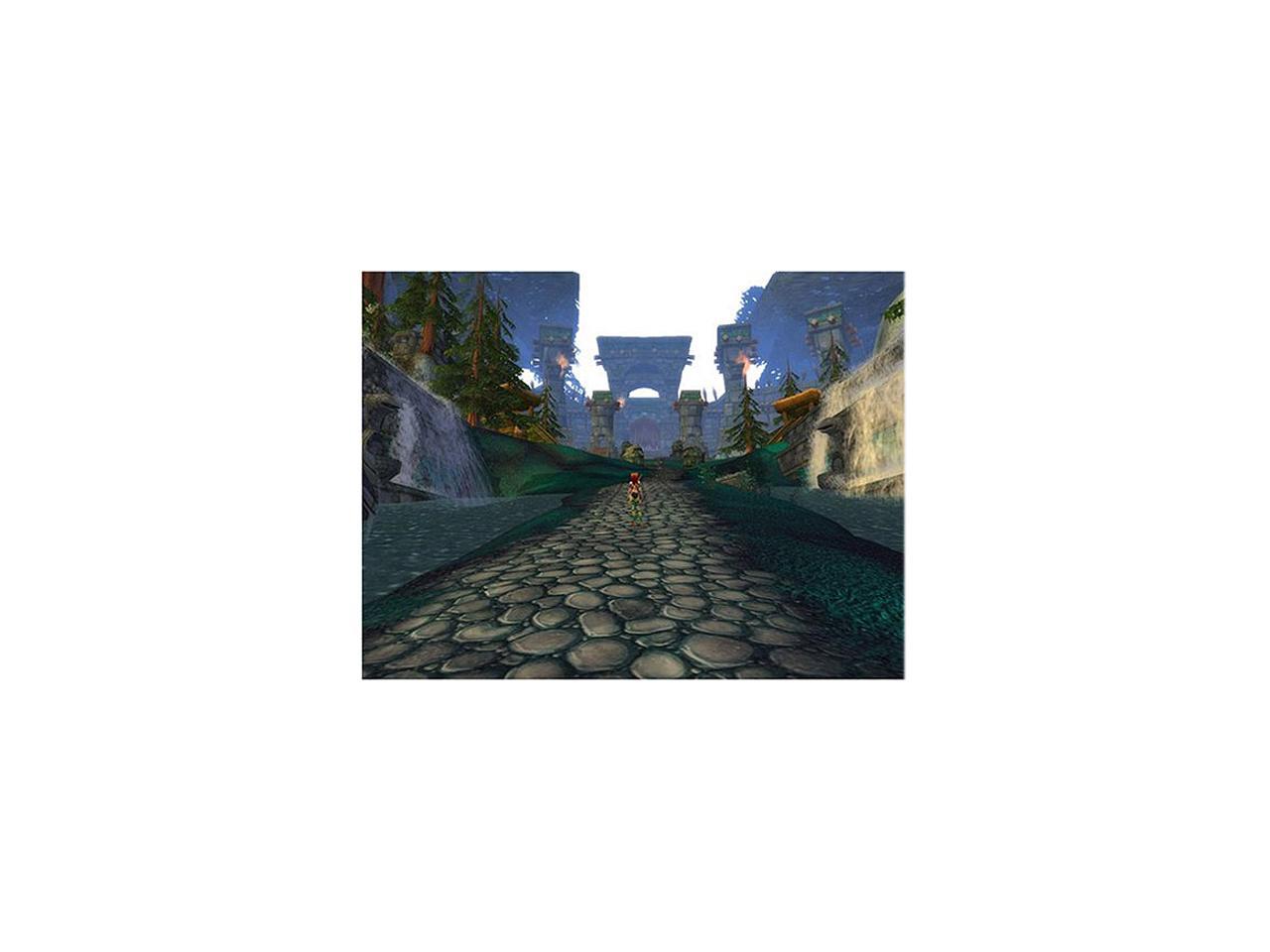 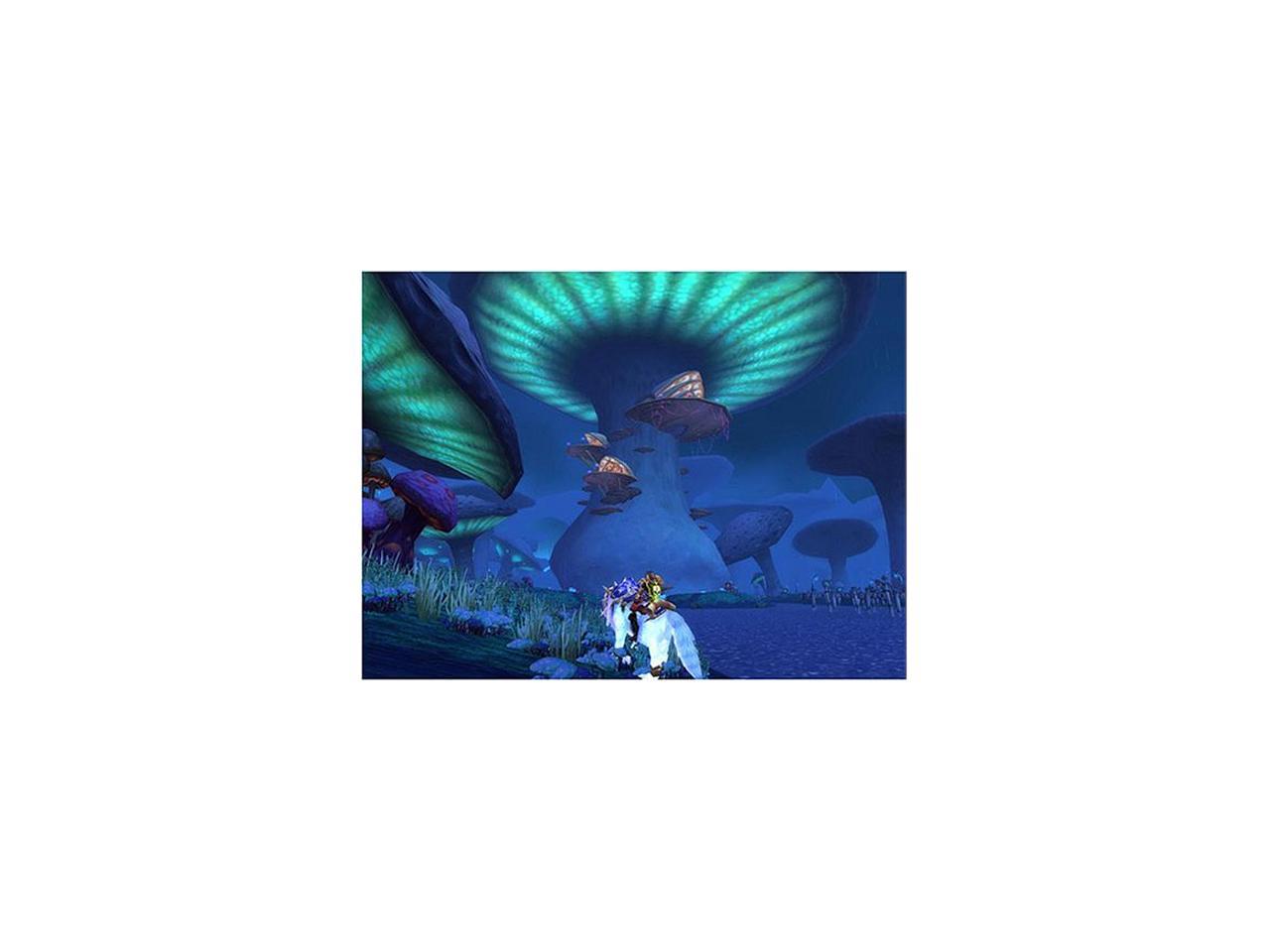 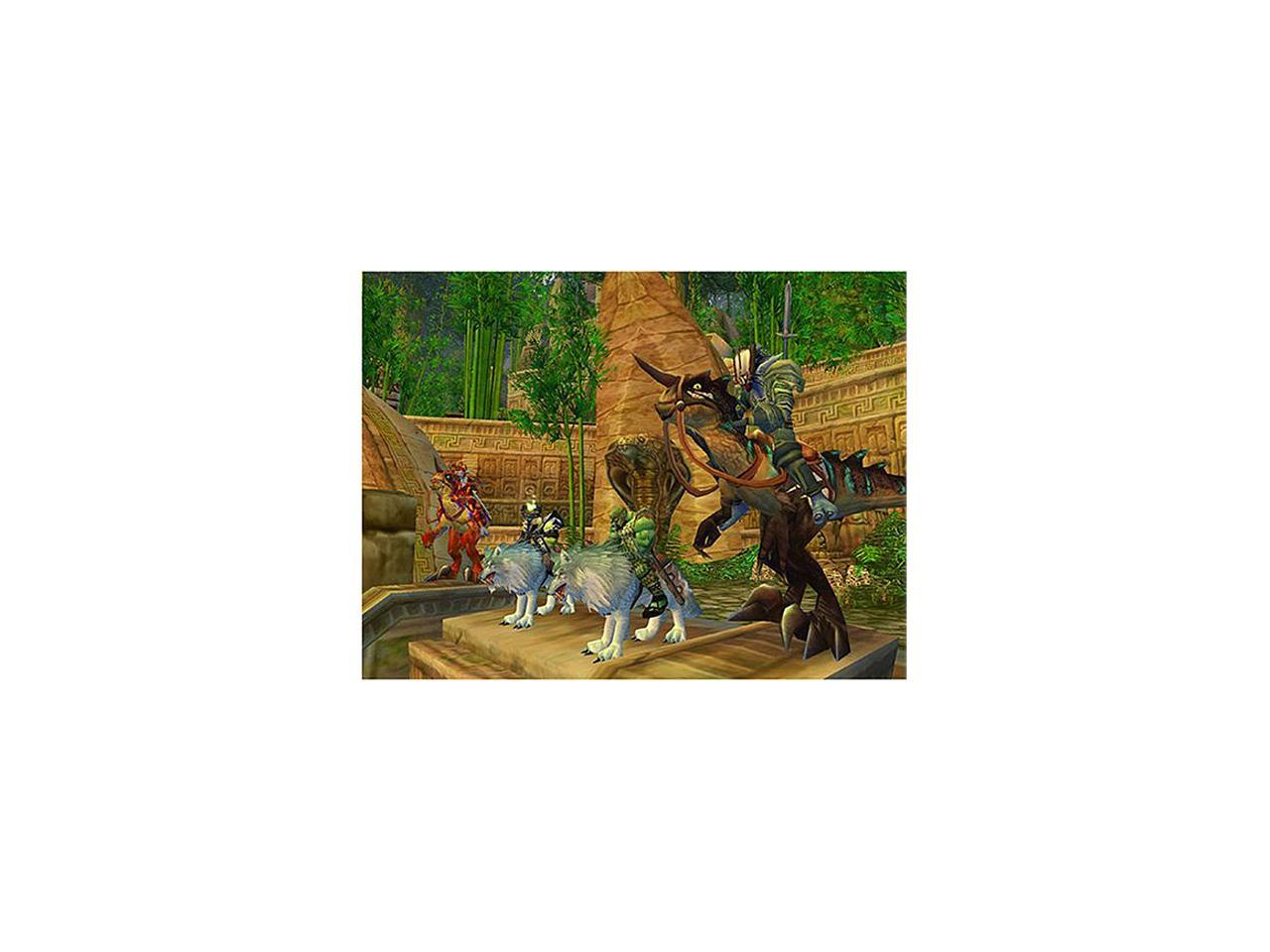 (74) Write a Review
See more "world of warcraft"
OUT OF STOCK.
Overview
Specs
Reviews
Enter the World of Warcraft with everything you need to fight for the Horde or the Alliance effectively!
Jump into the fight and land with both feet with the original World of Warcraft game and the acclaimed expansion pack The Burning Crusade. You'll be slaying enemies, crafting weapons and armor and fighting over loot in no time. Don't worry about joining the game and not knowing what you're doing. This Battle Chest comes with guides to give you the competitive edge you need to create an epic character.
So what are you waiting for? Azeroth beckons and the war is far from over.

Learn more about the World of Warcraft: Battle Chest

Pros: Provides everything needed to play WoW, and Blizzard Battlechests always are a bit nicer than purchasing the games separately. Has 2 free 10-day trial passes, but seeing as how the 10-day trial is free from the WoW website, that isn't much of a plus.

Cons: It seems a bit small, I've had previous Blizzard Battlechests which were a bit more impressive, however since most of their current subscribers won't need to buy a new copy of the base game, it is understandable. The guides don't really have much strategy in them. Maybe a little, but they are more for a backstory on the races and classes and less for determining what you want to make your character. If you need any help there, just go to the WoW website, it'll have everything you need.

Overall Review: This is a highly immersive MMORPG game and truly trumps all MMORPGs out there. I'm using this to "graduate" from a lower quality, cheaper MMORPG, and am very happy. Try the 10 day trial before buying, the trial isn't full access, but will be enough to determine if you want to pay for it. If you already have done the trail, purchase the Battlechest, it is the best deal out there.

Pros: This particular package is a good value for someone that knows they are going to play, as it is cheaper than buying the game and the expansion separately. The Battle Chest includes the Core game and Burning Crusade. In order to play, the gamer will also need to either set up a recurring payment or buy game cards, the latter of which are available for periods of thirty days or more.

Cons: The Battle Chest will allow players to level to 70. To level to 80 - the current highest level - you will need to purchase The Wrath of the Lich King expansion. When Cataclysm is released later in 2010, that expansion will also need to be purchased to continue leveling. Once the player reaches the maximum level, new content becomes available, making the expansions are recommended purchase.

Overall Review: Before purchasing make sure you - the gamer - either sign up for a free 10-day trial, the preferred method of which is via Blizzard's Refer-A-Friend program, due to additional in-game perks. If you are a parent, not that this is a multiplayer online game, and that behavior in-game cannot always be moderated. There are tools available for parents to restrict play time; visit the World of Warcraft web site for additional information about parent tools.

Pros: -HUGE World to Explore -Many, Many Hours of Enjoyable Entertainment -Blizzard is Constantly Improving the Game

Cons: -Sometimes Effort is Too Much for the Rewards -Sometimes the Teenies in the Game Can Annoy You. Luckily, There are A Lot of Adults Too.

Overall Review: I got this for my Mom to play and get into the game, she's in her late 50's. She doesn't have a lot to do, is home a lot and just watches TV. I figured maybe she would have a better time socializing with people in the game and keep her mind active. She's never played a video game before and so far she loves it.

Pros: This is one giant, massive game. I doubt that I will ever see everything in the game. There is so much to do it almost seems endless. But the best thing about this game is playing with friends. Find people you know who like WoW and let them show you around and help you out. Although the game is 4 years old, I just started playing and I feel like a kid in a candy shop. My friends who play get great joy at seeing me succeed, level up and discover new things. We go on quests together all the time.

Cons: I can't really say graphics, because it was designed for online play that can be handled by any PC. But the only con would be the polygon count on the screen. I think I hear my 8800GT laughing. Oh wait, that's another player making fun of my low level character... The absence of collision detection was definitely done on purpose because of the number of players and npc's in each server, so that can't really be a con either. All-in-all, despite the cartoony design, its still absolutely breathtaking beautiful.

Overall Review: I don't know how it compares to EverQu3st because I never played. But I do know that it is a highly addictive and fun game. Apparently its better than EQ because of its popularity. Newcomers, there's a lot to learn so take your time. Its not easy at first. A new 2nd expansion is coming soon, to add to the endless content making it even more endless. All WoW players should watch the SouthPark Episode "Make Love, Not Warcraft" especially after getting familiar with the game.

Cons: Get ready to spend your money! Most features require upgrades to this game. If you want to fly...well that will cost you at least $40 plus tons of gold in the game. Any services by blizzard...yeah...for a nominal fee. This is a classic bate and keep strategy and I feel for the millions of fish hooked on the line!

Overall Review: Blizzard has become unbelievably greedy as of late. I remember years ago, this game was actually about playing...you spent your $50 to buy the software, paid a monthly subscription and you were good. Then, some blizzard exec got the brilliant idea...let's rip off the people that already made us filthy rich! Do the math: over 10million players paying $15/mo. equals....ready for it? $150,000,000 every month on just subscriptions! That is not enough to these creeps...that have to charge for features that they added to the game (flying in Azeroth, etc). I finally see the light, and I only hope that this post saves at least on poor soul from poverty.

Pros: Fun Game - caters to a wide array of gamers.

Overall Review: Got people in to this game that never considered themselves gamers before. They're now hooked. Blizz has created a game that has stood tall in a very over saturated MMO world.

Pros: Enormously entertaining. If you haven't played it yet, play it.

Overall Review: Keep in mind there is a big bad world O-U-T-S-I-D-E.

Pros: I have played about four other MMORPGS and this game is single-handedly the best one out there in the market. You might say the monthly fee is unappealing, but stuff like G*ild Wars do not compare to this game at all -- you get the support and updates and everything else from what you pay monthly. This game is highly addicting, a great addition to your gaming shelf, and will let you eat away man

Overall Review: Play this only if you have a lot of time in your hands. Do not play this if you are in a serious relationship, in college, or whatever it may be.