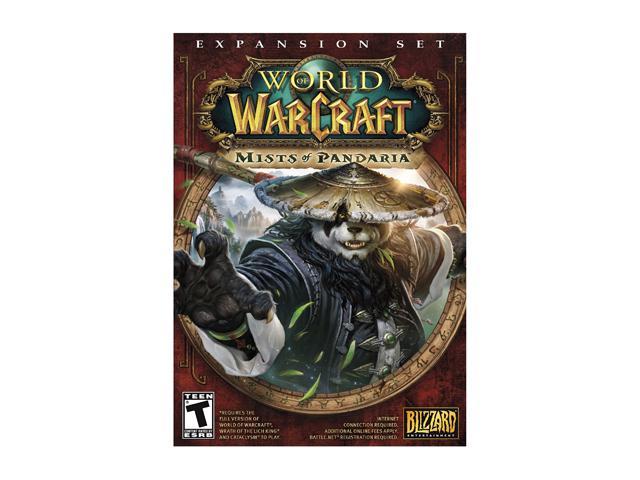 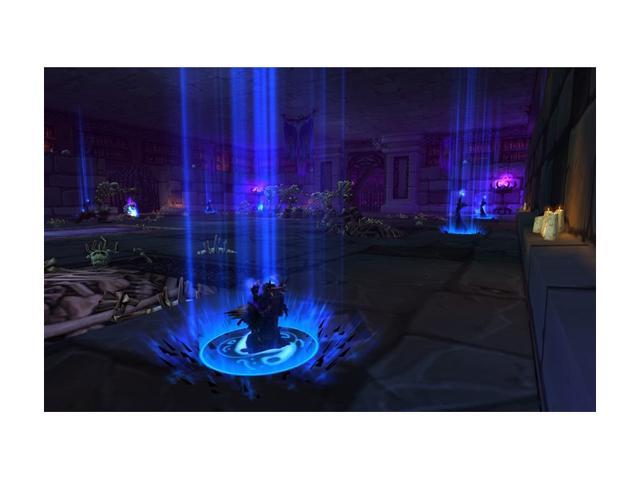 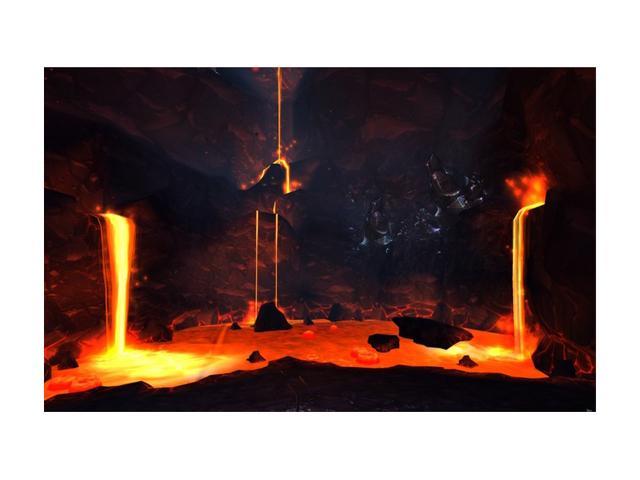 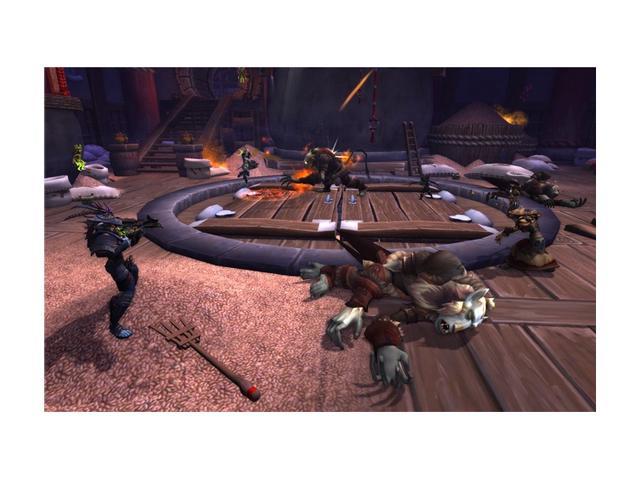 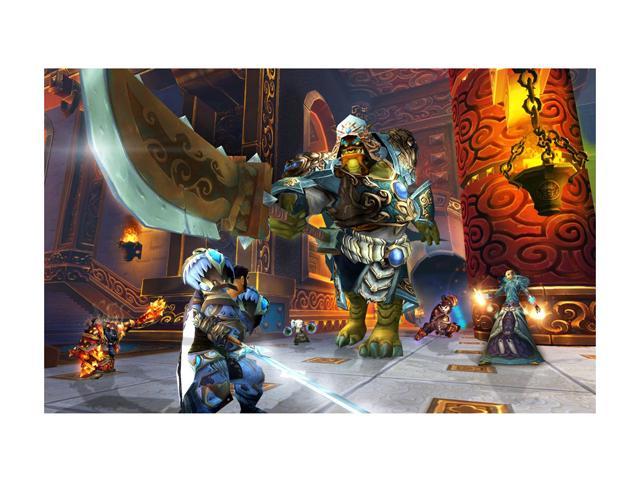 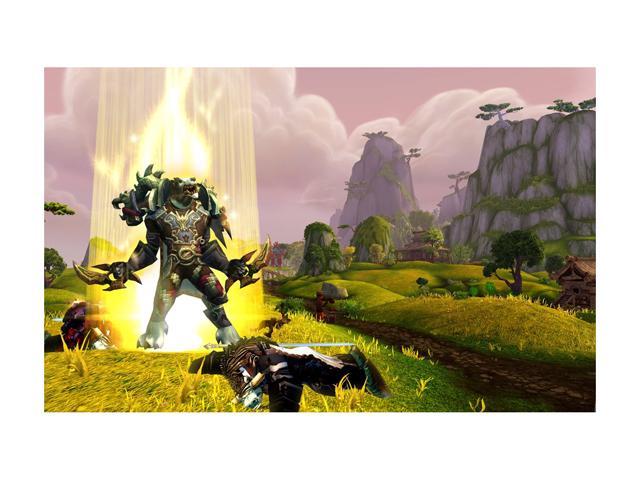 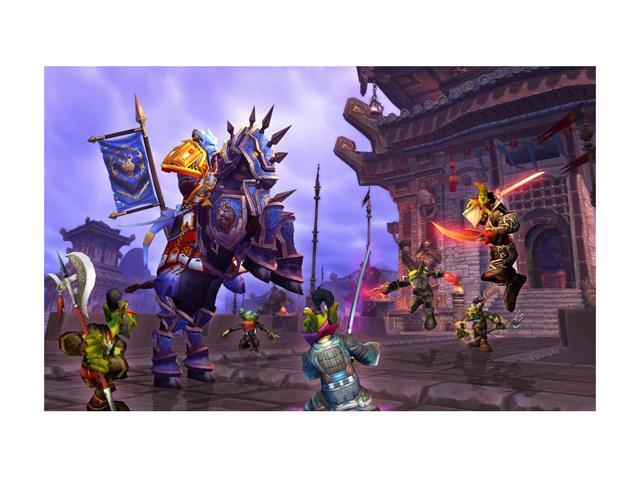 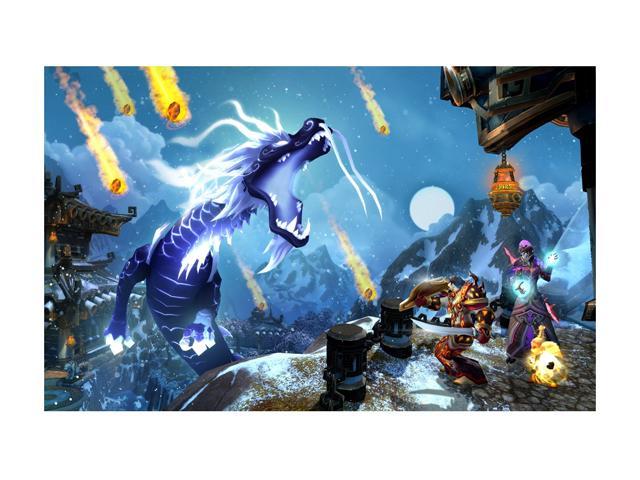 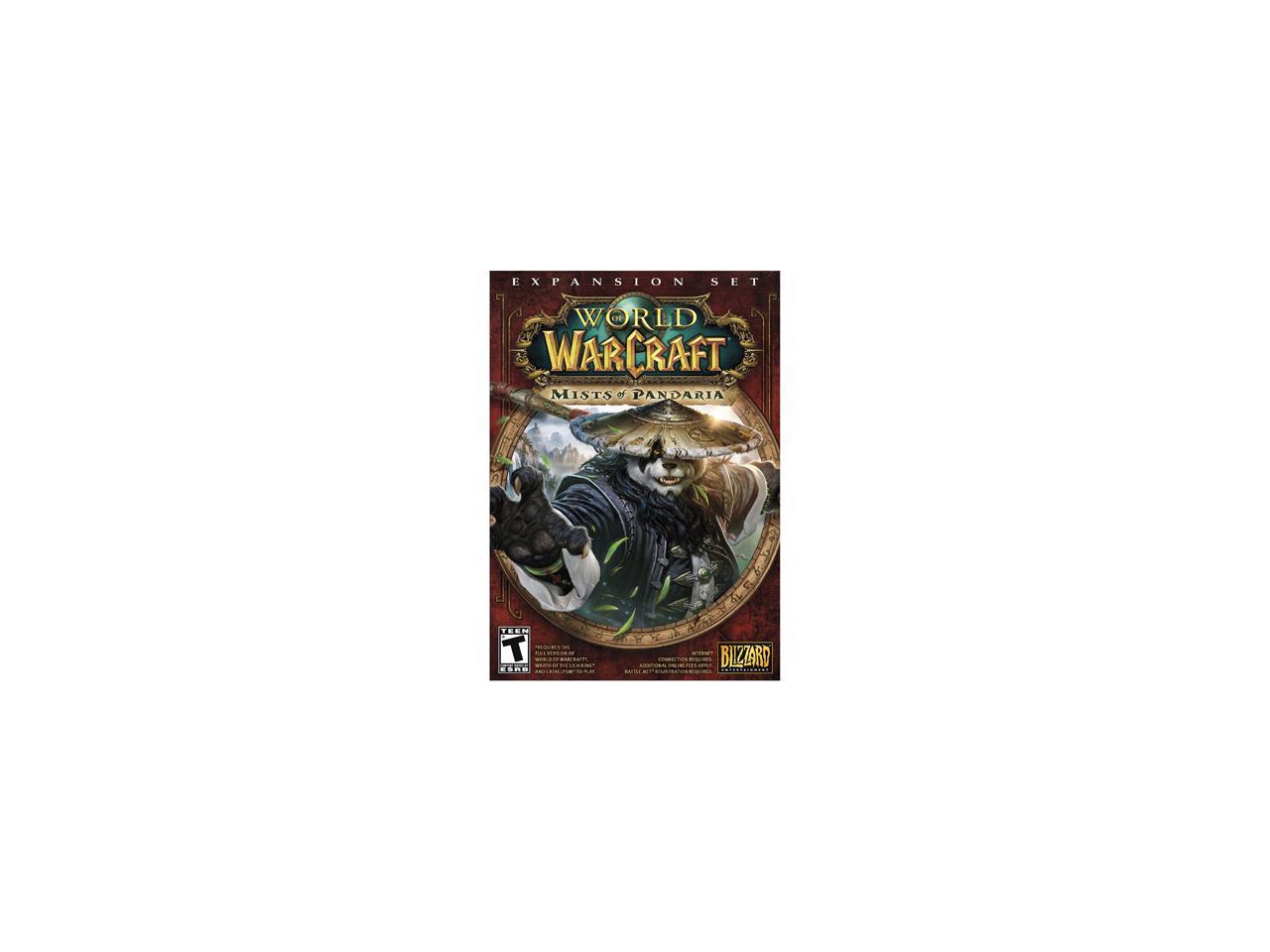 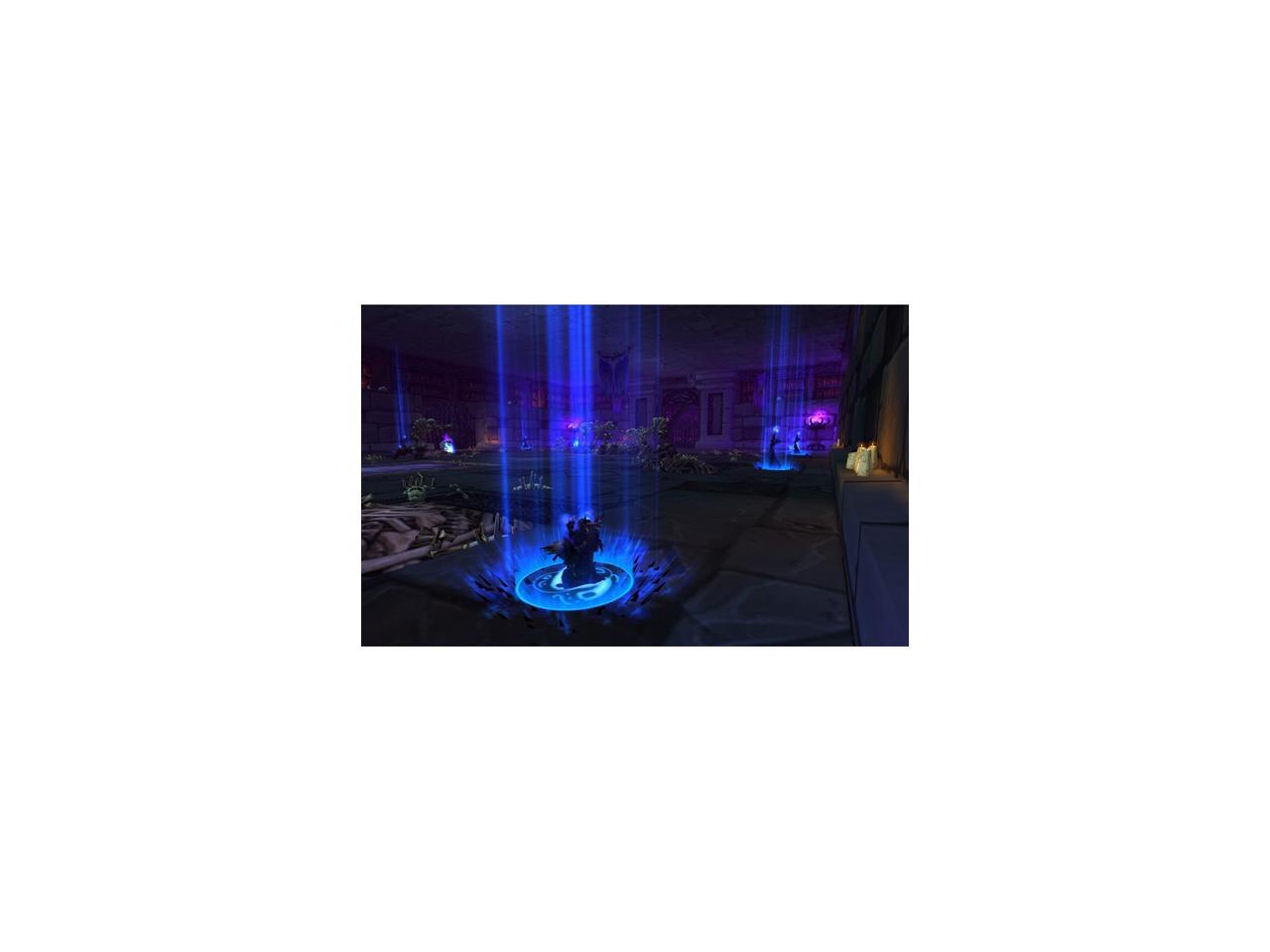 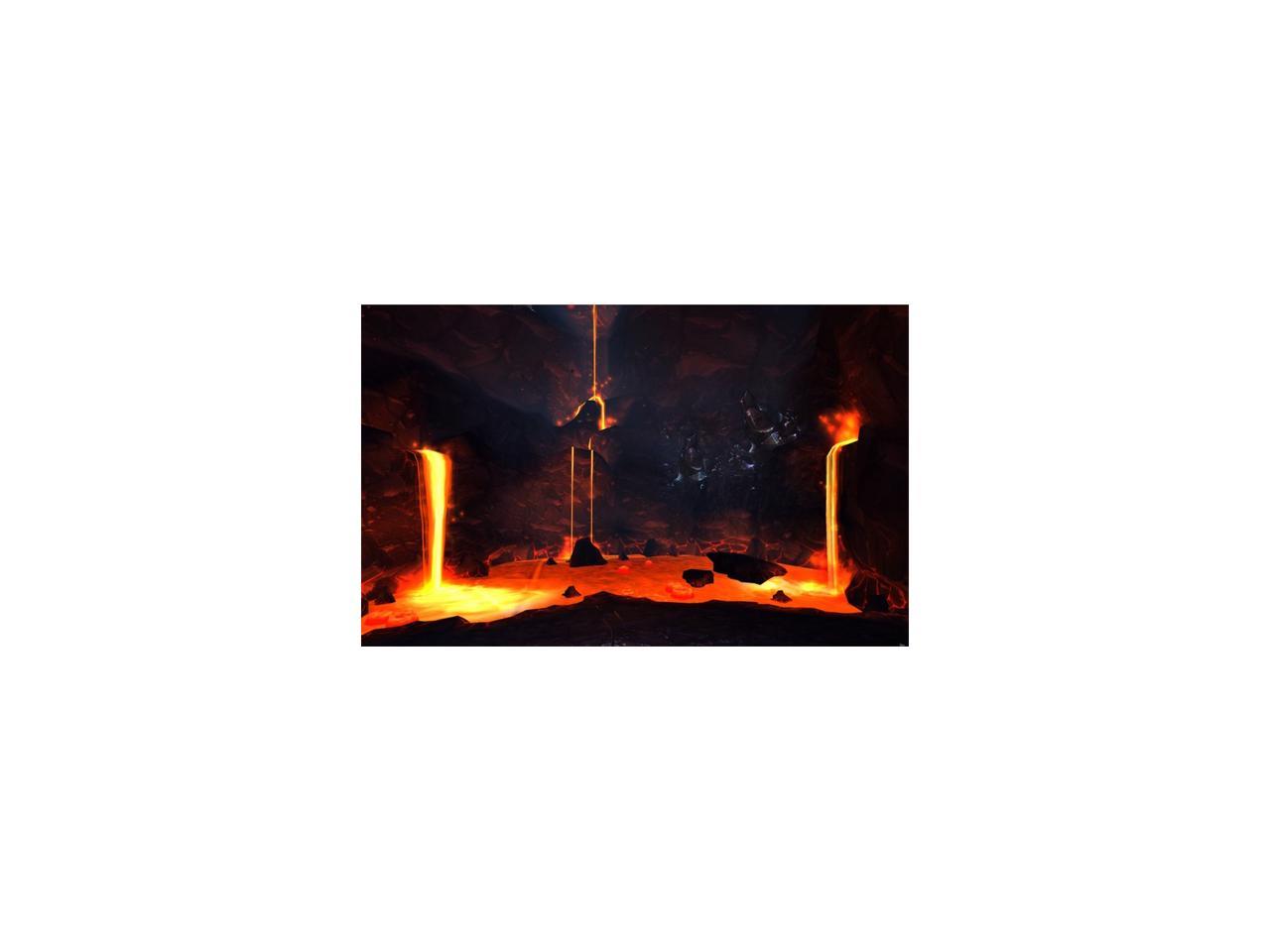 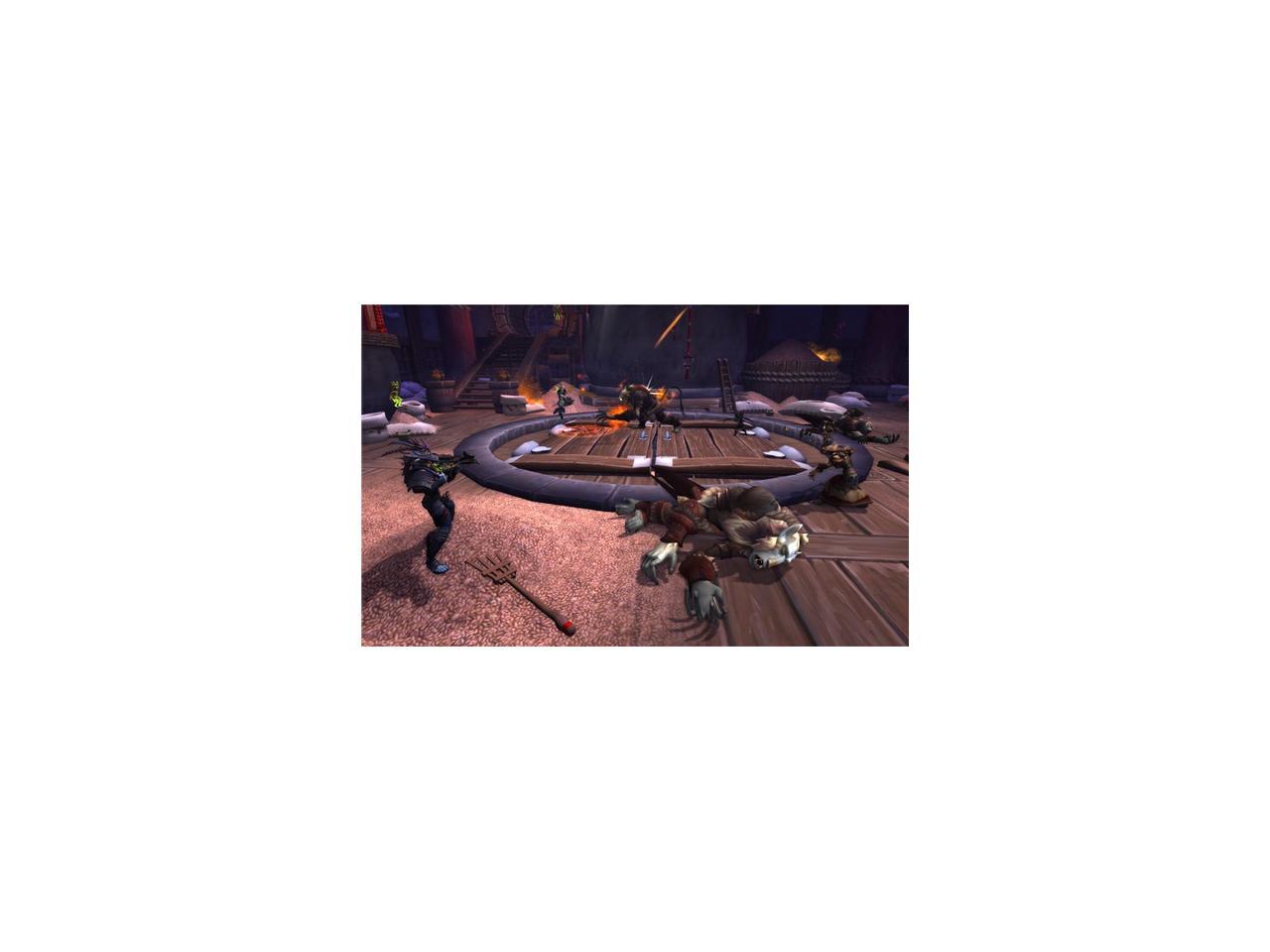 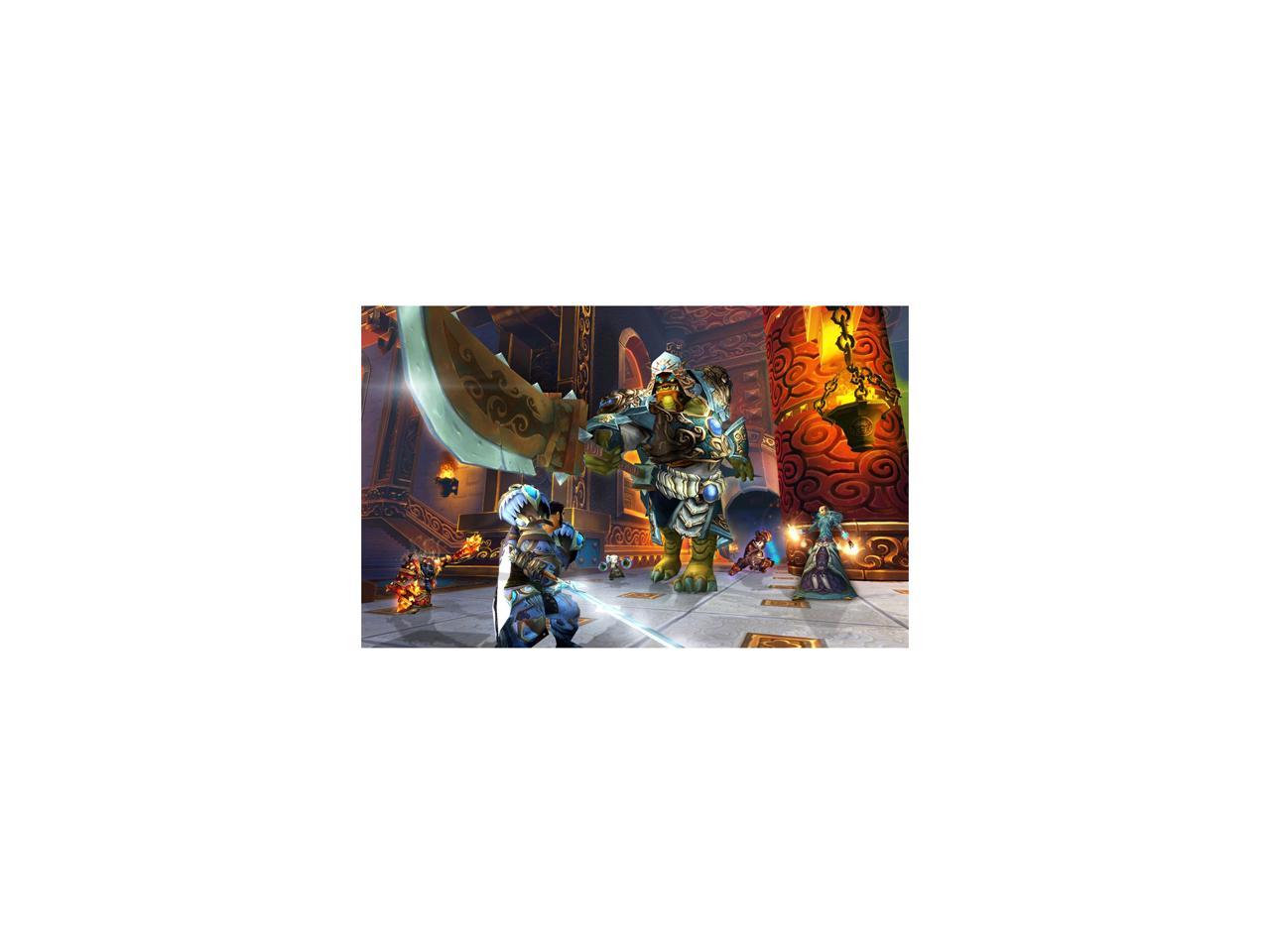 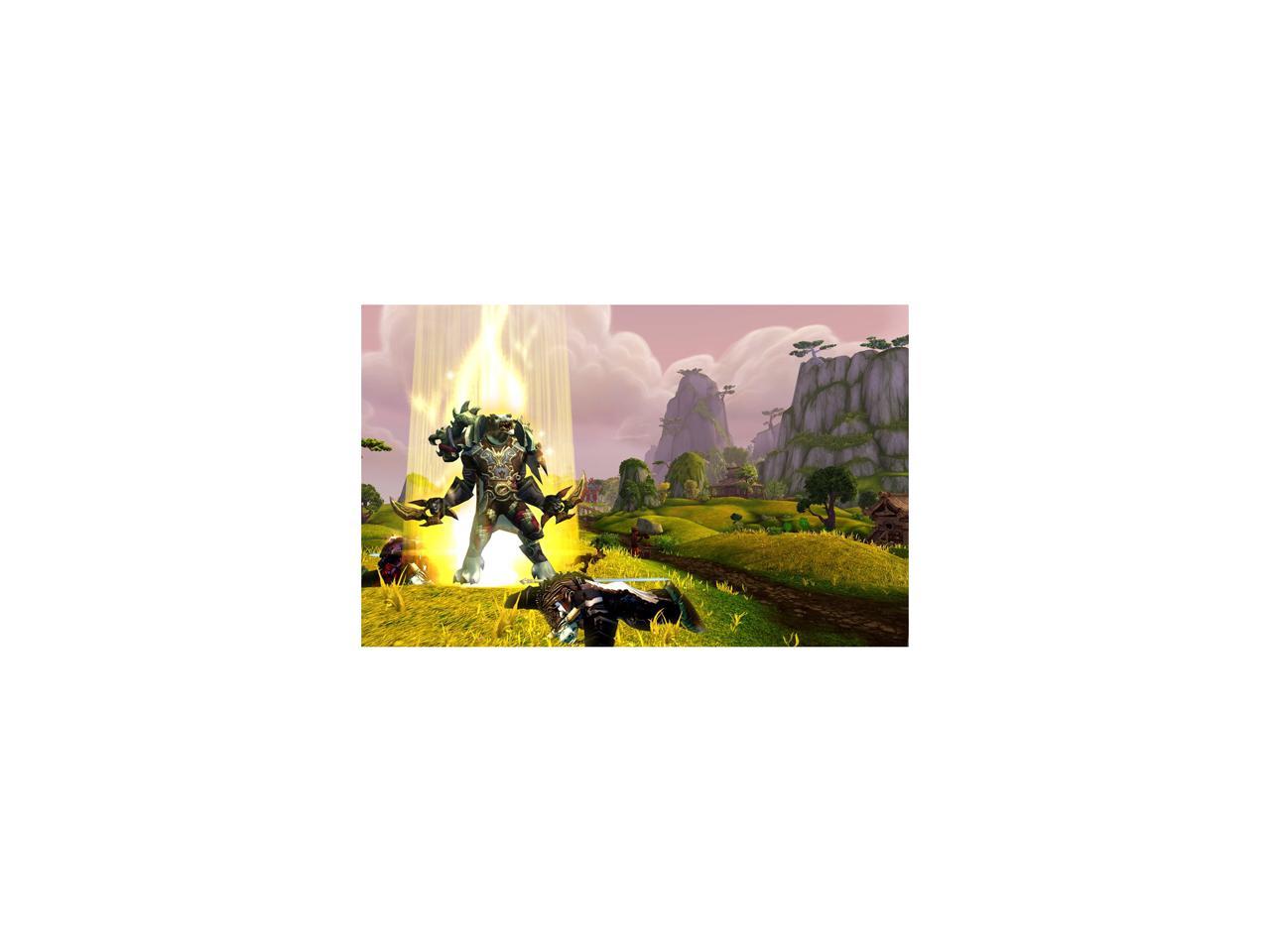 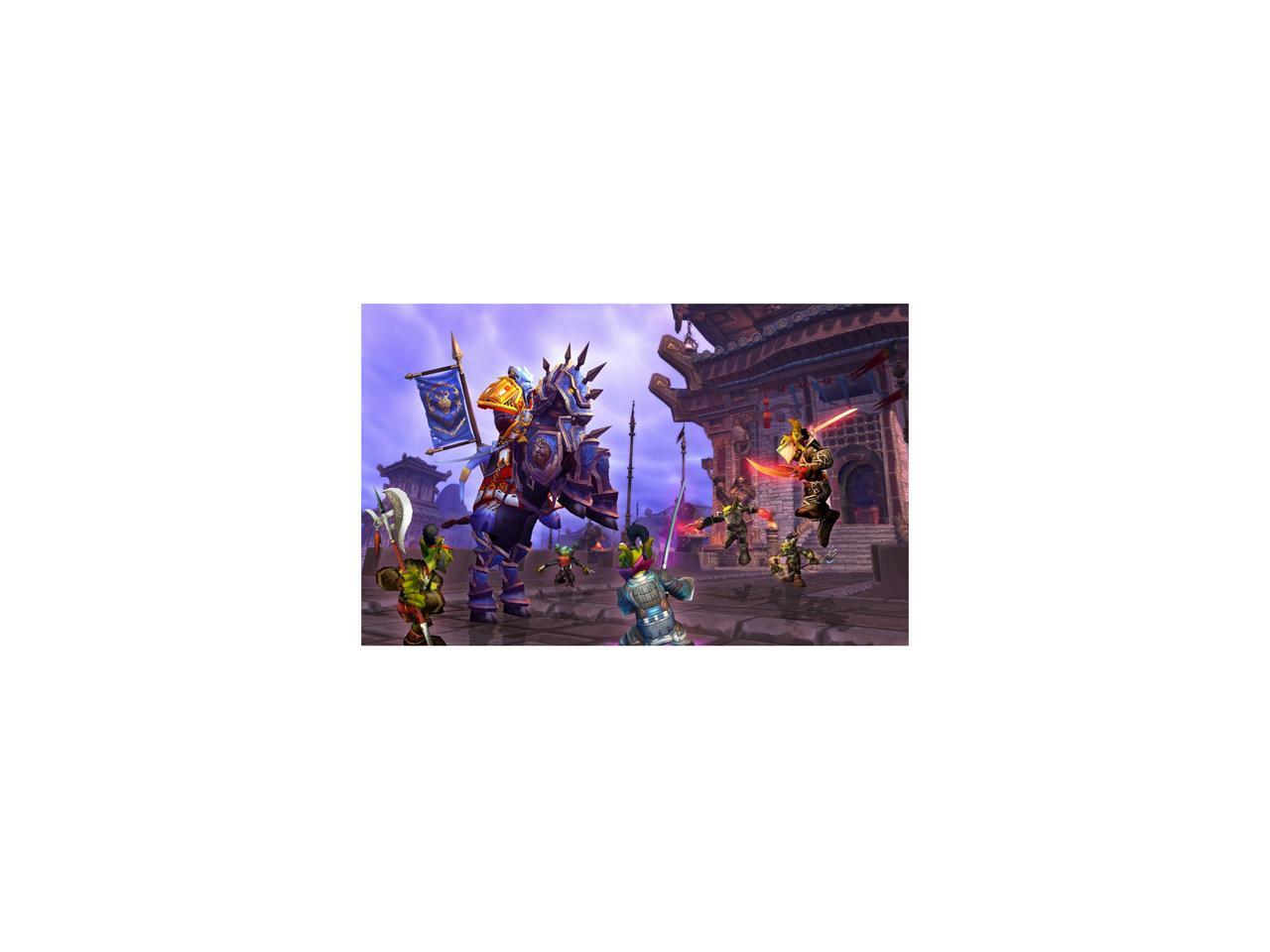 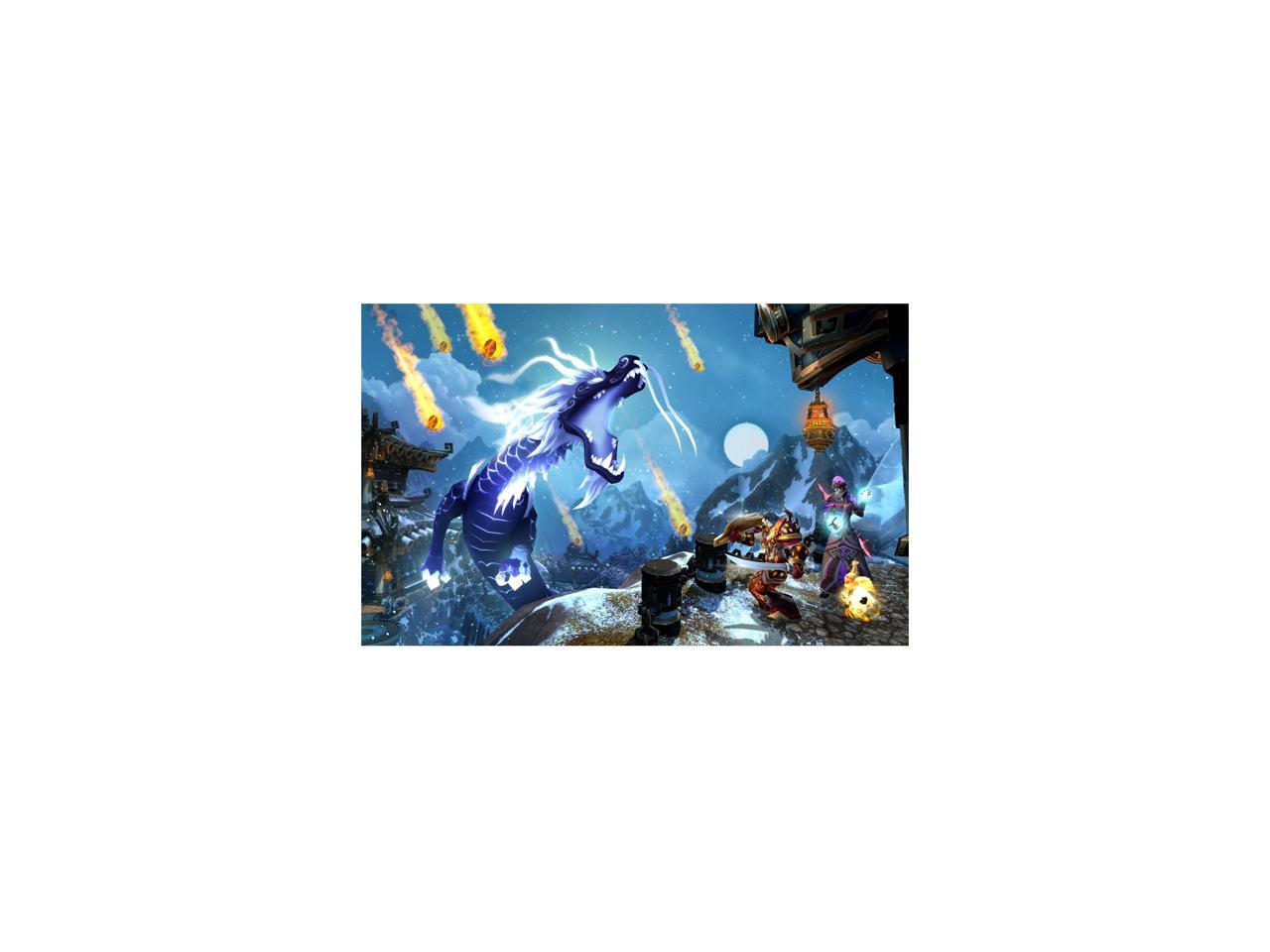 Unleash the secrets of a Lost continent.

Since the world was sundered more than ten thousand years ago, the ancient realm of Pandaria, shrouded in fog, has remained unspoiled by war. Its lush forests and cloud-ringed mountains are home to a complex ecosystem of indigenous races and exotic creatures. It is the homeland of the enigmatic Pandaren, a race that celebrates life to the fullest even while under siege by an ancient menace.

The new continent reveals itself to a broken world just as the Alliance and Horde are spiraling ever closer to a war that will consume all of Azeroth. Will the mists of Pandaria part to reveal the world's salvation? Or will the battle to control this rich and breathtaking new land push the two mighty factions over the brink of war and into total annihilation? The answers await within Pandaria's mysterious shores!

Learn more about the World of Warcraft: Mists of Pandaria

Pros: I've been playing WOW off and on for a long time now. I take a few months off every now and then but always come back. Its true that the graphics engine is aging and this specific expansion does'nt add a whole lot for the hard core WOW entusiasts but this is still the best MMO on the market in my opinion. Its simple, (so simple my wife plays now), which could be a turn off for some but lets my family get involved.

Overall Review: Blizzard does a good job keeping this as bug free as possible. They have made a ton of money from WOW so I hope they don't just try to refine WOW but instead release a whole new game built on a much newer more aesthetically pleasing graphics engine. I would hate to see Blizzard loose they're #1 grip on this genre.

Pros: Sets my mind on something else when i'm hating life.

Cons: Keeps me at my computer desk away from family. Pandas are ugly as hell. In game that is. Cute in real life lol. $15 a month kind of sucks after a while.

Overall Review: Been playing since the beginning of Wrath. Hasn't got any better imo. Only paid $15. That's all it's worth.

Pros: The expansion itself is okay. Newegg has very fast shipping, and I got this item at a huge discount while they were having a sale.

Cons: The fun in this expansion dies out very quickly. I had fun for months with Cataclysm, but not with Mists. This product was shipped in a padded envelope, while I would've preferred a box, and so the game's box was quite crushed by the time I received it.

Pros: Half price for pre-order and wait ONE day from Newegg. What's not to love about that?! Dungeons are somewhat shorter than in the past, therefore faster to run. The best questing start of any WoW expansion - fun gaming

Overall Review: If you are a die hard MMO player, give it a try, if not, skip it. I am not sure what else to say that matters. Blizzard created the funnest start since vanilla WoW, but there is no continuity in that scenario. It dissapoints in the long run.

Pros: Monks, scenery, adds an entirely new aspect with pet battles (even if they're lame)

Cons: Pandas are overpowered for leveling, all the classic classes were nerfed into oblivion, new talent system doesn't even feel like WoW, end game content isn't as fun as previous expansions

Overall Review: I get the feeling they were trying to appeal more to new players and casuals. That's all well and good, but in the process they forgot about an entire demographic in serious players. Come on, Blizzard. Alienating loyal players is just stupid.

Pros: It's fun to play. A lot of the whining I've heard concerning things like Cross Realm Zones and dated graphics are just that. Whining. CRZs haven't even been an issue while leveling a Monk, and you're a fool if you tried leveling on release day anyway. The expansion also had a pretty solid, smooth release, and it arrived at my door in a timely fashion.

Cons: The only people who will really enjoy this are veterans of the game. It's new content, and that's it. The gameplay and graphics remain mostly unchanged, and it's still JUST WoW.

Pros: This expantion has a somewhat unique starting area for the panda's. By the time your done with the starting area you will be between level's 10 and 15. then you can start pvp's or dungeons. the game is easy to install and enter key online to the account ect. Graphics are pretty nice.

Cons: Buying from www.newegg.com is a very bad idea, it took 10 days for the item to be delivered to my mailbox. newegg is getting very cheap/lazy with shipping. on some of the lower level items i have noticed that the stat upgrade/downgrade displays are off, showing +5100 strength increase , when it should only be like 3 to 5 strength increase.

Overall Review: -- the game box came with 2 dvds to install the game.(you do not have to install the game if you already have cataclysm installed and have the latest patch's installed. the wow game box came with 3x pass key cards 2x wow 2 week trial play 1x starcraft 2 2 week trial play 1x wow mist of panda long notepad :) to write notes on. -- This game could use less realms, and increased population. they should have reduced name changes and realm changes, there are just too many realms.